Facts about neighbourhoods in Singapore

Compared to other countries, Singapore’s lively age of 56 is considered pretty young. But dig into our background a little, and you’ll realise that it extends far beyond the swamps and fishing village stories you hear every so often.

With a rich history dating all the way back to the 14th century, it’s no surprise that there are still things we aren’t aware of. Looking into our own neighbourhoods will reveal the hidden tales behind sprawling HDB estates and shopping complexes – things that even locals may have never heard about.

To get you started down this rabbit hole, here are eight facts about neighbourhoods in Singapore you may never have heard of.

1. Tiong Bahru was a mistress village 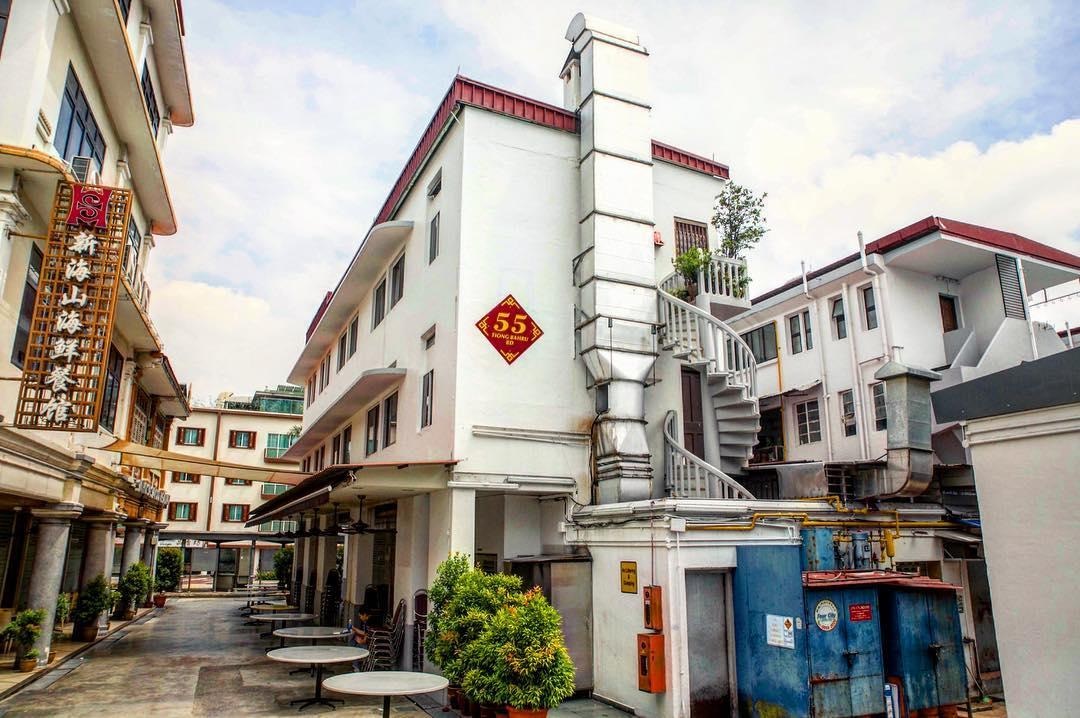 Think of Tiong Bahru, and one word comes to mind – hipster. But before swanky bars and aesthetically pleasing cafes overtook the area, this Singapore neighbourhood was once a simple estate possessing huge cultural significance.

We wouldn’t think it now, but back then, the area was dubbed mei ren wo – which translates to “a mistress village”. This name came about as it was largely used by the rich towkays (business owners) to house their mistresses. Obviously, that is no longer the case now. But behind Tiong Bahru’s bohemian veneer lies numerous stories from the past – like the last remaining pre-war air raid shelters. It’s also home to Hua Bee, which is one of the last few coffee shops that still serve coffee the actual old-school way – with butter (kopi gu you).

2. Siglap’s name potentially came from a Sumatran prince during an eclipse

Most Singaporeans know that the names of places have linguistic origins in our mother tongues. But fewer would know the actual stories that gave these places their names. 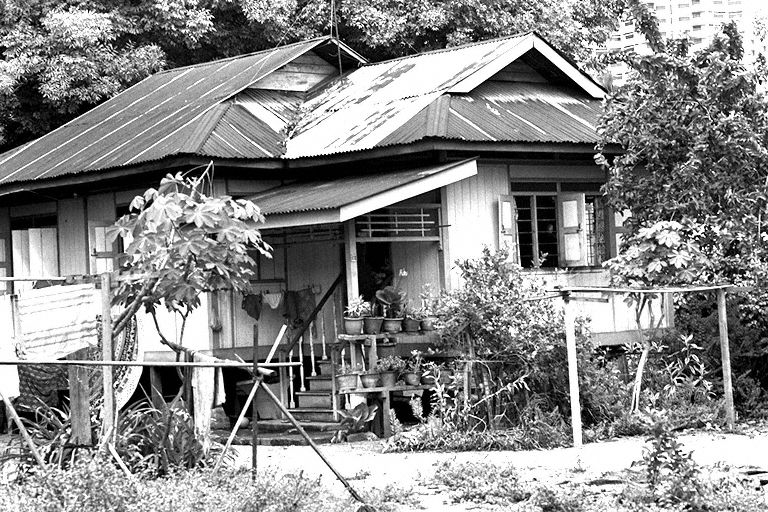 Here’s a fun origin story on how Siglap got its name: back when it still comprised fishing villages and coconut plantations, a Sumatran prince by the name of Tok Lassam made landfall at the area – and allegedly, his arrival coincided with a solar eclipse that shrouded the area in darkness.

The prince then dubbed the area “Si Gelap”, which means “the dark one” in Malay. And today, the name still stands even after numerous transformations and years of urban developments.

3. Robertson Quay has a hotel that used to be an opium den 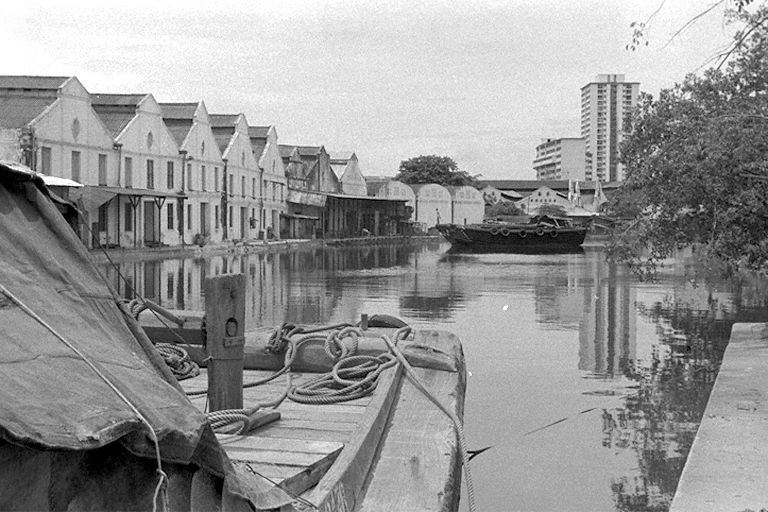 Located along the Singapore River, Robertson Quay is one of the places to swing by for a night out in town. Seeing it as the posh riverside area it is today, it’s hard to imagine it was once a swamp-infested area that was redeveloped into numerous warehouses for trade purposes. These warehouses once had the seedy reputation of being the centre of illegal activity, but one in particular stood out for being a notorious opium den. Today, that place has been restored as The Warehouse Hotel, with the only traces of the past being the very building that it’s housed in.

4. Orchard held a cemetery for the Teochew community 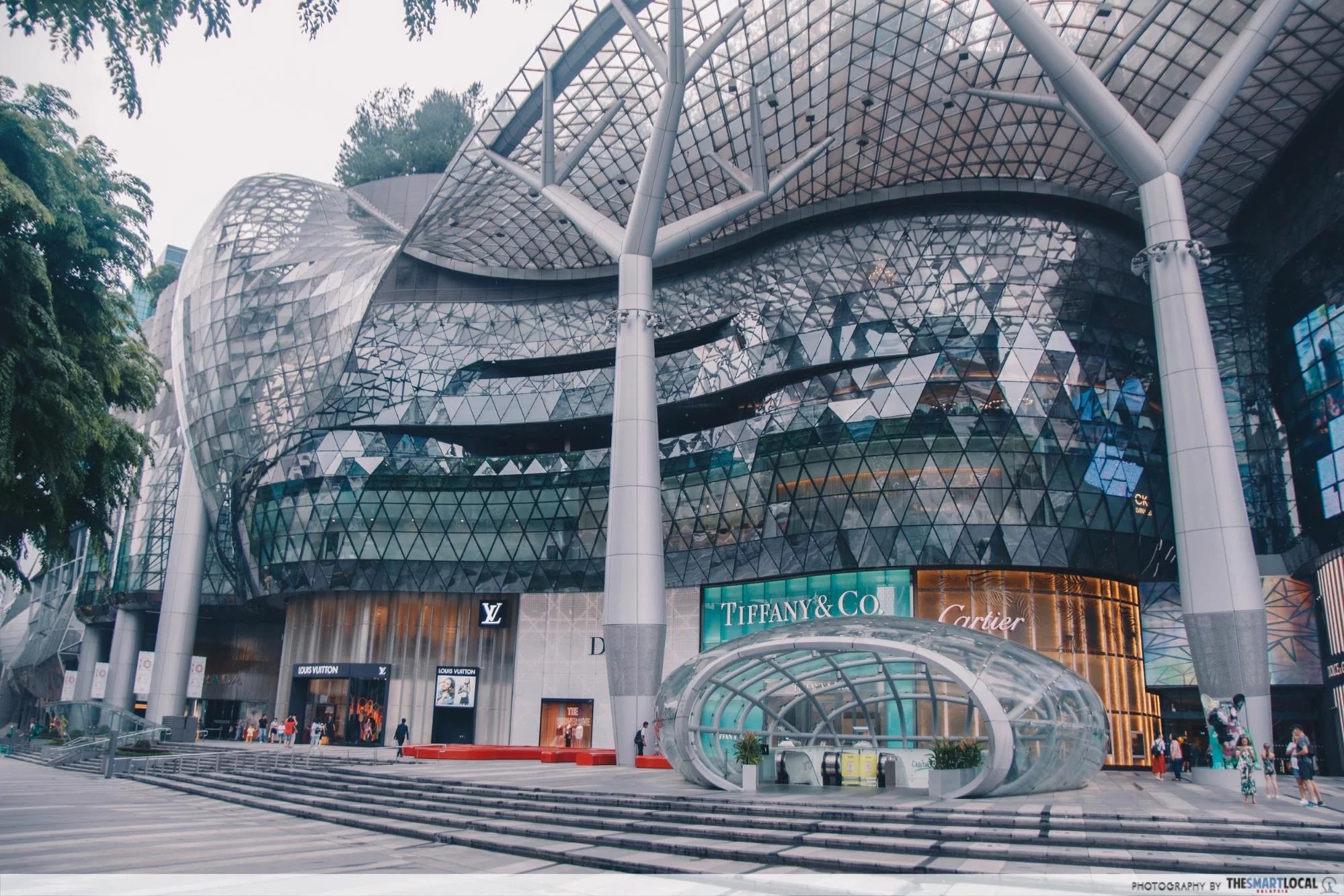 We know Orchard as the glitzy shopping district swarmed by locals and tourists alike. But look past its glam facade, and you’ll come across an unexpectedly morbid past.

Brace yourself – the land that ION Orchard and Ngee Ann City stands on was once a burial site for the Teochew community. Owned by the Ngee Ann Kongsi, the cemetery was eventually exhumed and leased to different parties, which freed up space for the construction of familiar buildings like Cineleisure Orchard and Wisma Atria. Sports legends like Dollah Kassim and Ang Peng Siong found their footing amidst the fields of Farrer Park. Tennis courts, swimming pools, a seven-lane athletic centre – the activity complex has it all. While Farrer Park’s legacy as a booming sports hub has been around for a while, few people know that it actually dates all the way back to 1842. What was originally a swamp soon turned into the old racecourse, which became the heart of the European social life.

It has since moved over to Kranji, but it was enough to kickstart the area’s journey to become the centre of sports activity.

In its pre-WWII days, the streets of Singapore’s central area were teeming with activity and nightlife. If you live in the Geylang area, chances are, you might have heard whispers about Gay World – a.k.a one of the famous “World” amusement parks trio alongside Great World and New World. The space initially started out as Happy World, which brought cheap entertainment to the local crowd. It was common for hordes of Singaporeans to flock to its premises to have some fun – either by watching magic performances or letting loose at a cabaret. 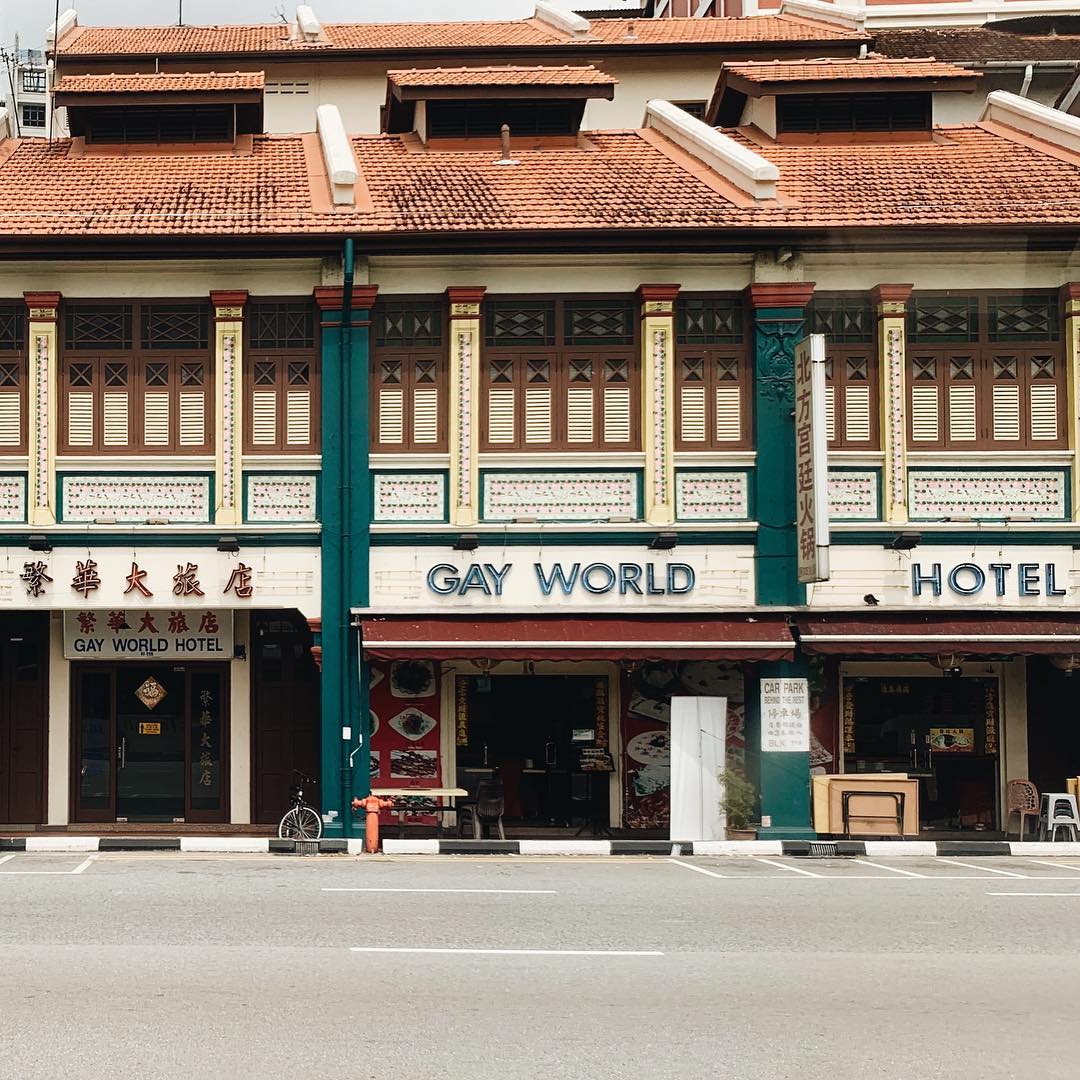 Its popularity soon plummeted in the 1980s after shopping malls began springing up all over the country, which eventually led to its demolition in 2004. Today, the only sign of it is the converted shophouse-hotel of Gay World Hotel.

7. Choa Chu Kang was home to a population of wild tigers 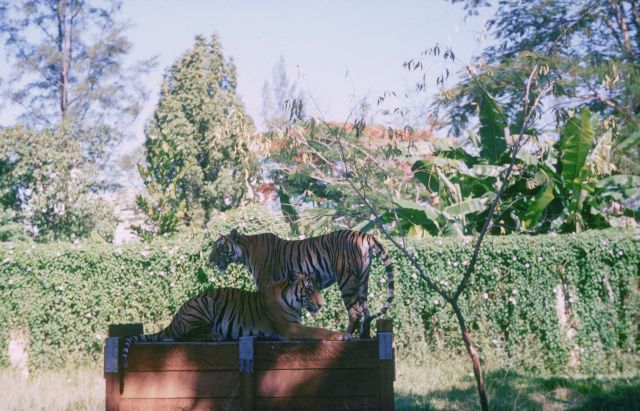 We’ve watched enough TV shows and movies to believe that living near a forest is pretty darn dangerous. And if you’re a resident of quaint little Choa Chu Kang, you may perhaps be shocked (or lowkey horrified) to know that there was a population of wild tigers roaming the area in the 1800s.

The forests then were home to pigs and deer which the tigers hunted. Tiger attacks picked up in the 1830s when the area was being cleared for plantations, so much so that the government gave out rewards of up to $100 – which was considered a huge amount back in the day – to anyone who could kill them. Additionally, they arranged for Indian convicts who proved themselves as good “shikkaries” (hunters) to patrol the area.

With the last wild tiger recorded to have been killed in the 1930s, these stories are, of course, a thing of the past. However, it would be cool to imagine yourself walking the same steps these tigers once did back in the day.

8. Bras Basah had a prison for convicts from India and Hong Kong Bras Basah is known for two things: the arts and culture scene, as well as Singapore Management University (SMU). It may not look it, but dig into the history of the area and you’ll find that SMU is actually sitting on the site of what used to be a convict jail. In the 1830s, Singapore was the main penal destination in the Straits Settlements, an arrangement that started when the country received its first shipment of Indian convicts in 1825. While the first convicts were initially housed in temporary sheds, a prison was eventually built along the Bras Basah canal, which mainly housed convicts from India and Hong Kong.

It became abandoned in 1882, following a prison riot and breakout. Today, it has mostly been demolished, with some remains still being buried around the area.

Songs like We Live In Singapura put fun spins on our history, but we’ve also got to remember that our heritage lies beyond the arrival of Sang Nila Utama and Sir Stamford Raffles.

As these secret facts about neighbourhoods in Singapore show, there is a story behind every place. What we see today as glamorous tourist attractions or cosy HDB estates were something else entirely back in the day, and digging into their stories can prove to be an eye-opening experience.

Everyone has a story, and to delve into this rabbit hole, sites like Infopedia, BookSG, MusicSG, and NORA by National Library as well as the Archives Online by the National Archives of Singapore (NAS) all carry an extensive amount of Singapore-related material.

With new bits of history being uncovered every day, it’s about time we start exploring the stories that have already been preserved. 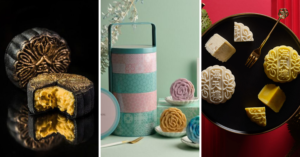