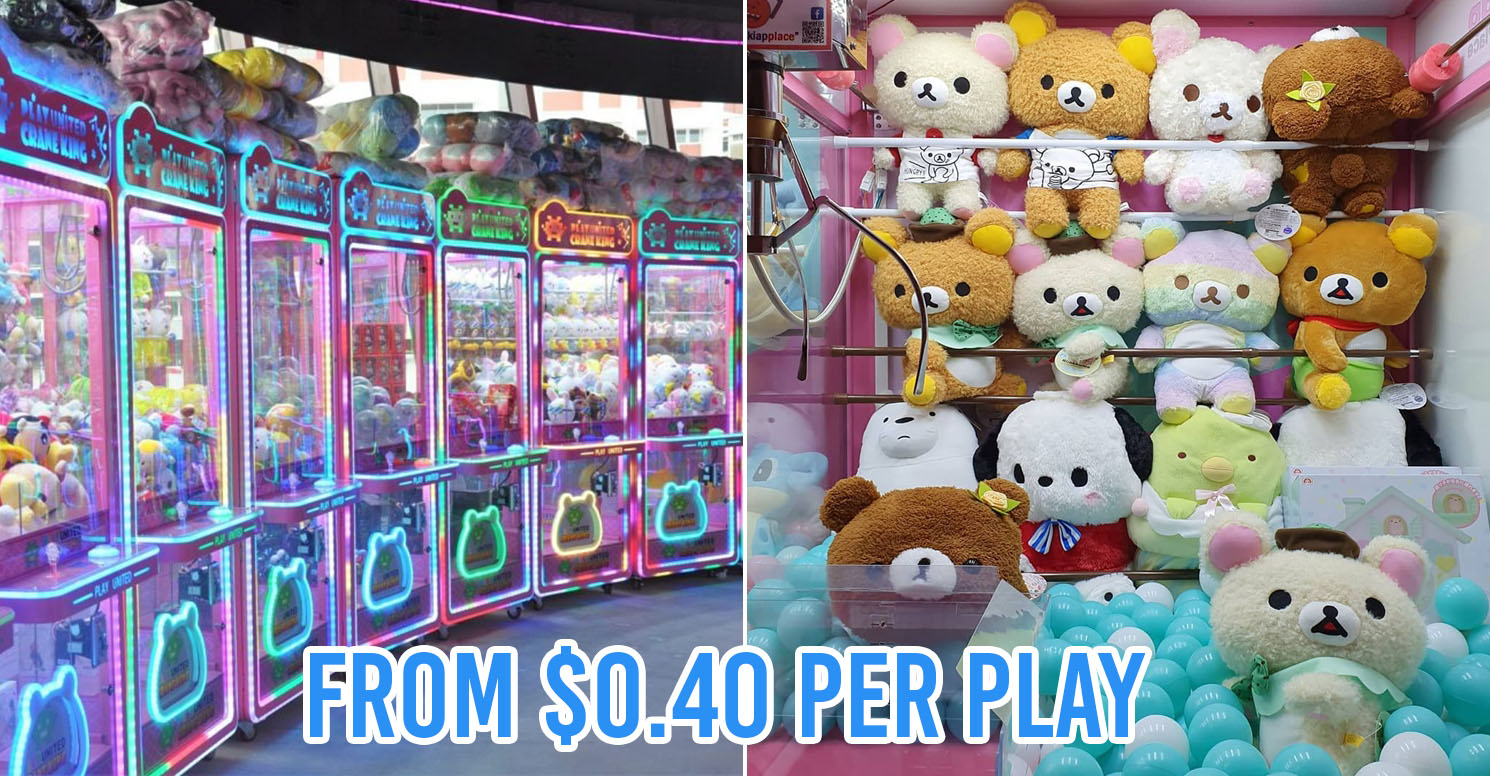 In every arcade, you’ll see this scene happening in a corner: patrons hunched over brightly-lit booths, waiting with bated breath as the metal claw of destiny descends into a stack of plushies. They’ll either burst into raucous cheers, or let out frustrated tsks before resignedly slipping another token into the slot.

That’s right, folks. The claw machine craze is at an all-time high, and to fuel that, more claw machine arcades are popping up all over the country. Take a look at the new ones that have just popped up this year.

Here are some of our articles on arcades in Singapore: 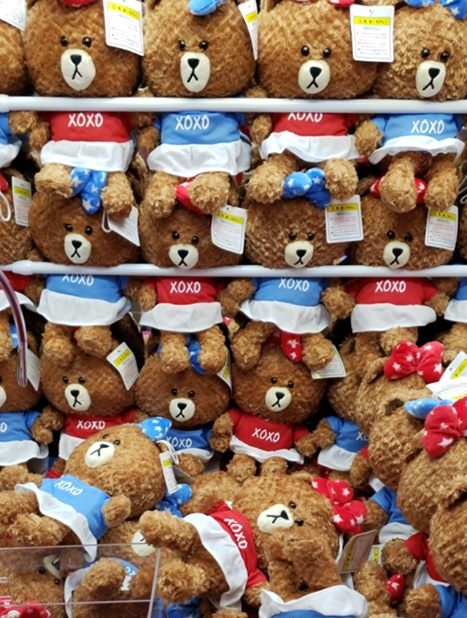 Originally from Taiwan, I Claw Taiwan brought its pastel pink machines to our shores in July. It’s only in Jurong Point Mall as of now, but they have plans to open up another arcade in Marina Square. 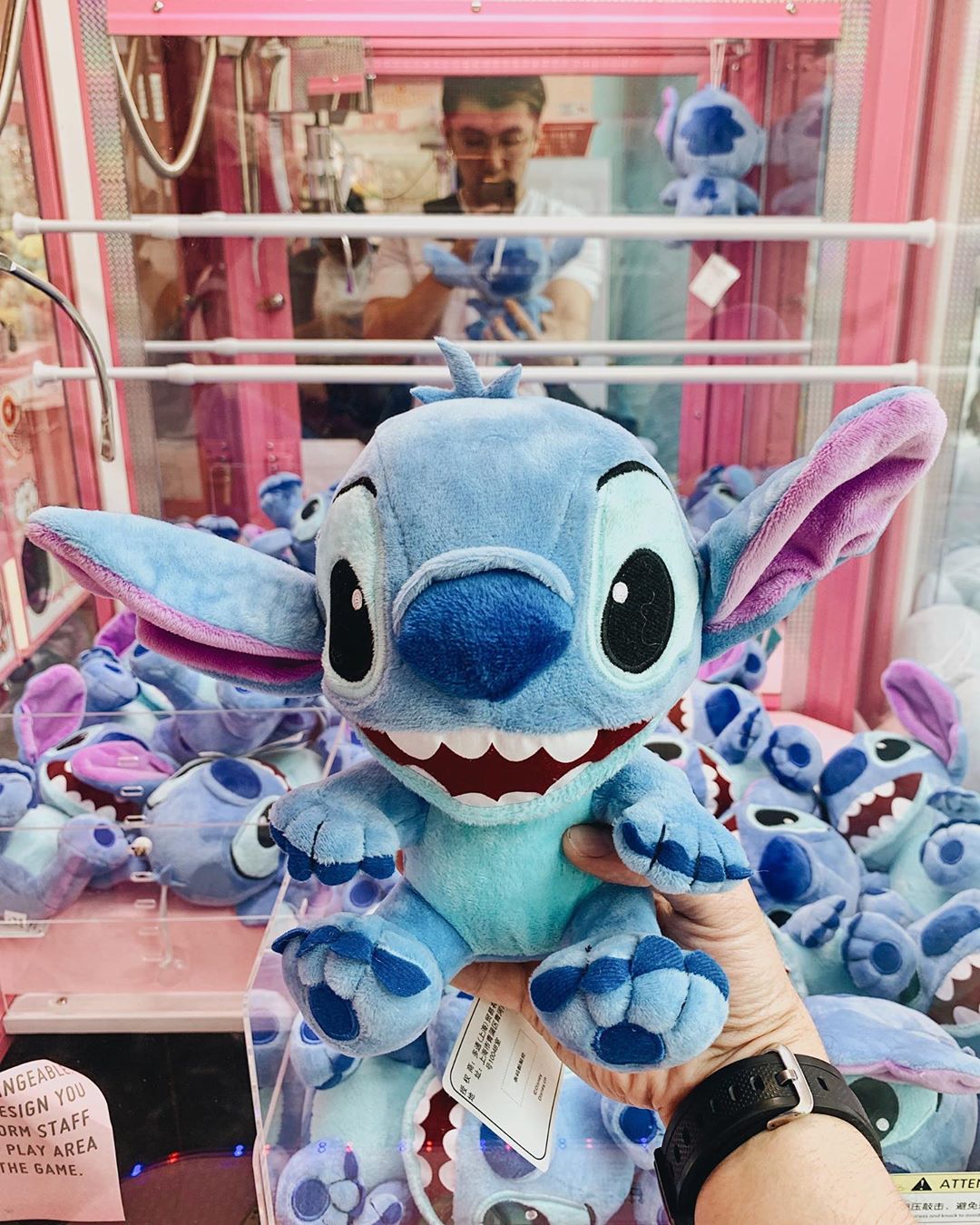 From limited-edition character plushies to anime-inspired Bluetooth earphones, their range of prizes to win is huge. Put your skills to the test and you might be bringing home an armful of these goodies yourself. 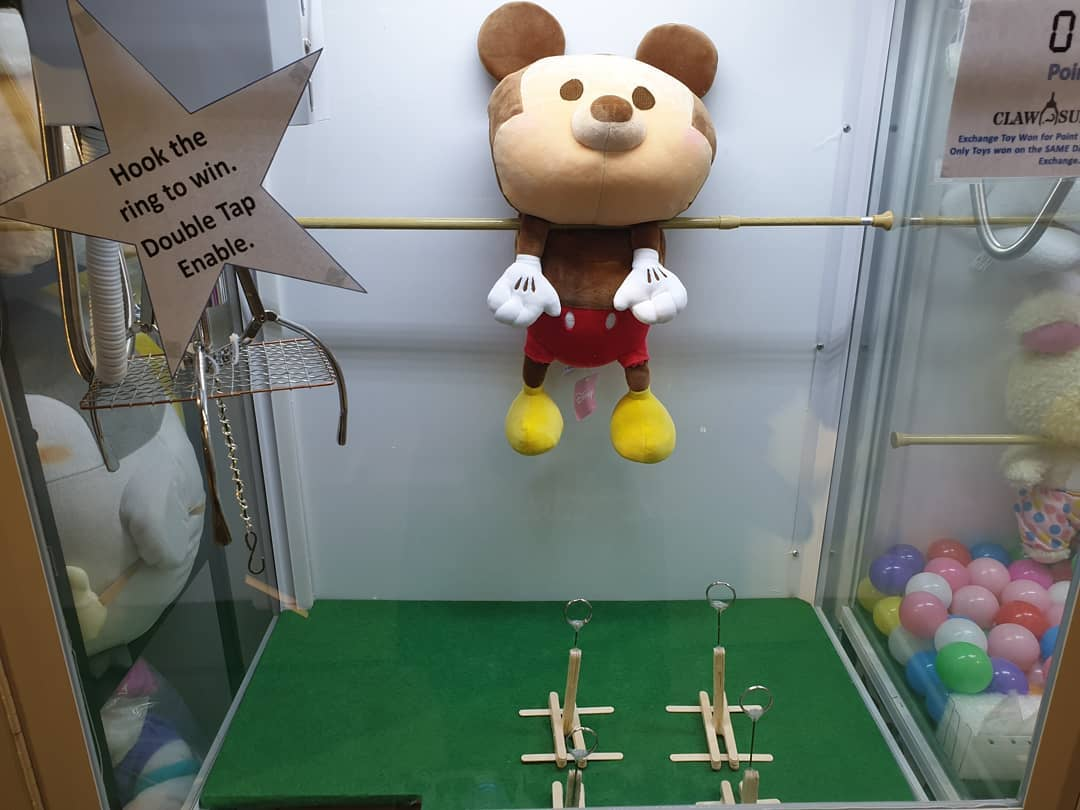 Bugis sure is a hot spot for shopping, but if you need a break, hit up Claw Surprize at City Gate Mall. The machines are packed to the brim with plushies, figurines, and other trinkets such as watches and puzzles. 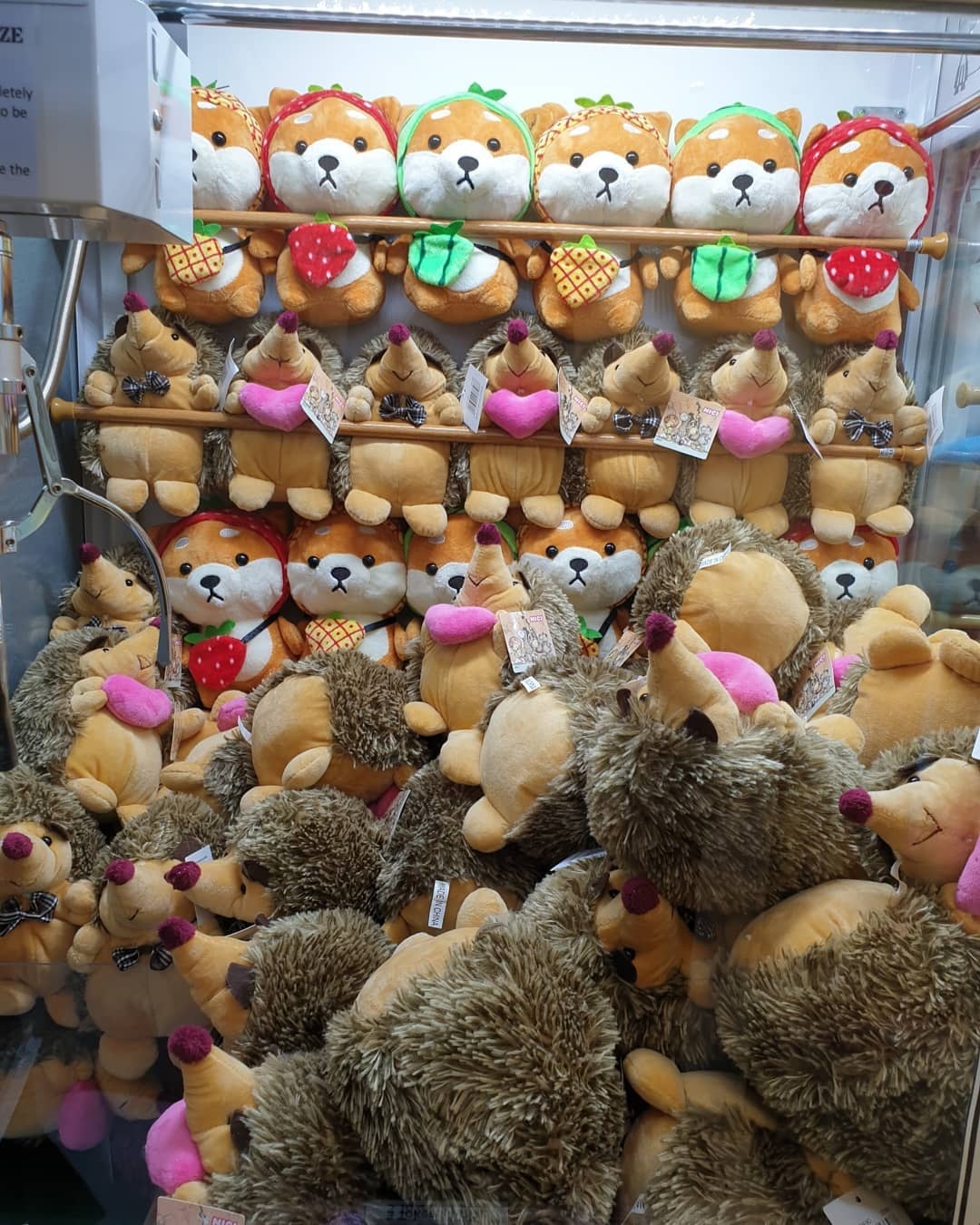 They also have variations of your usual claw machine games that require more than just picking up a toy and hoping it falls down the chute. For instance, for one particular machine, you’ll need to catch a ping pong ball and roll it to a designated spot to be able to bring home a prize. 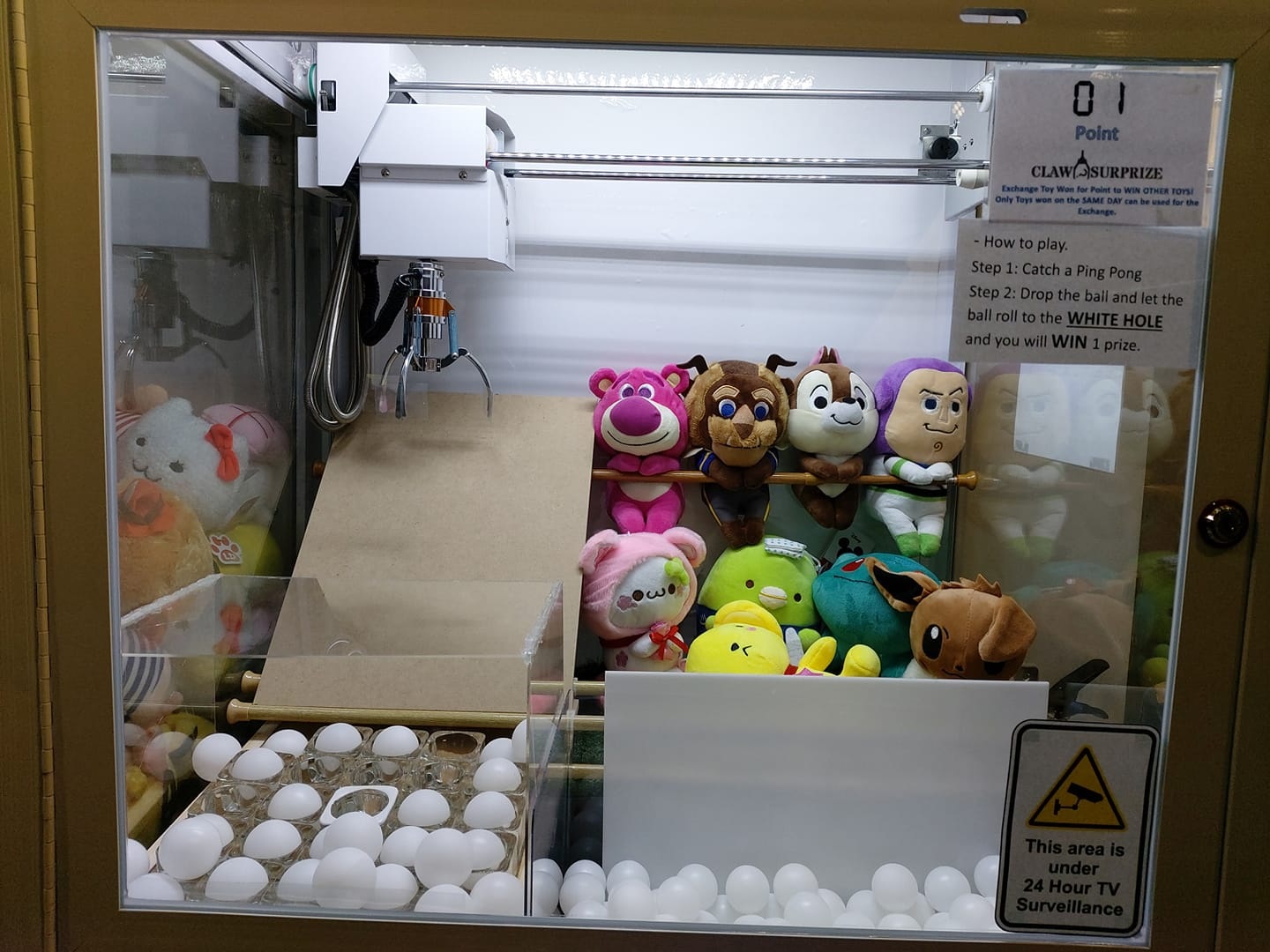 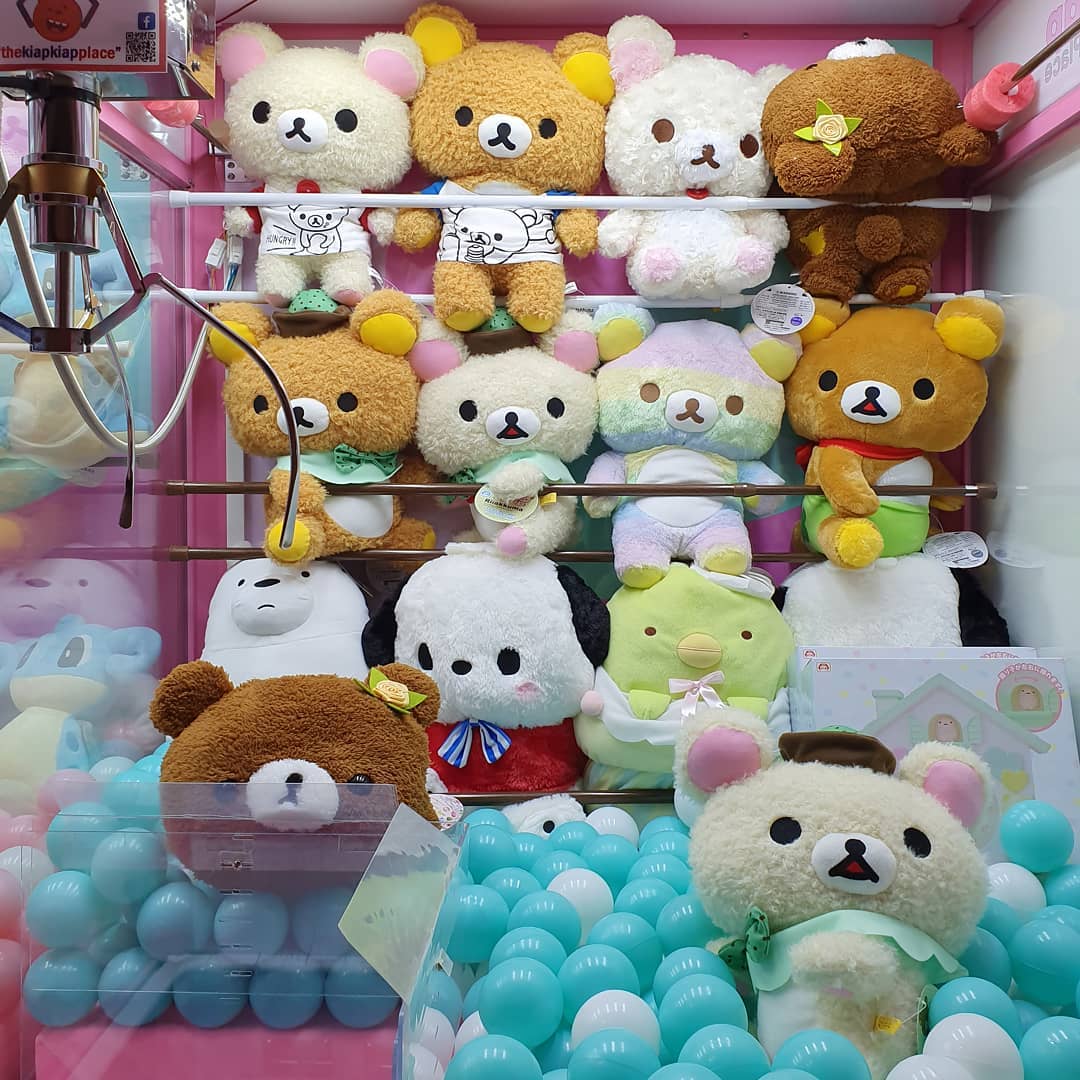 When Funan Mall reopened in June, one of the new additions to the mall was The Kiap Kiap Place. Featured plushies include Walt Disney characters like Mickey Mouse, as well as iconic Japanese figures such as Rilakkuma and Pikachu – which is a steal given that prices per token start from as low as $0.40. 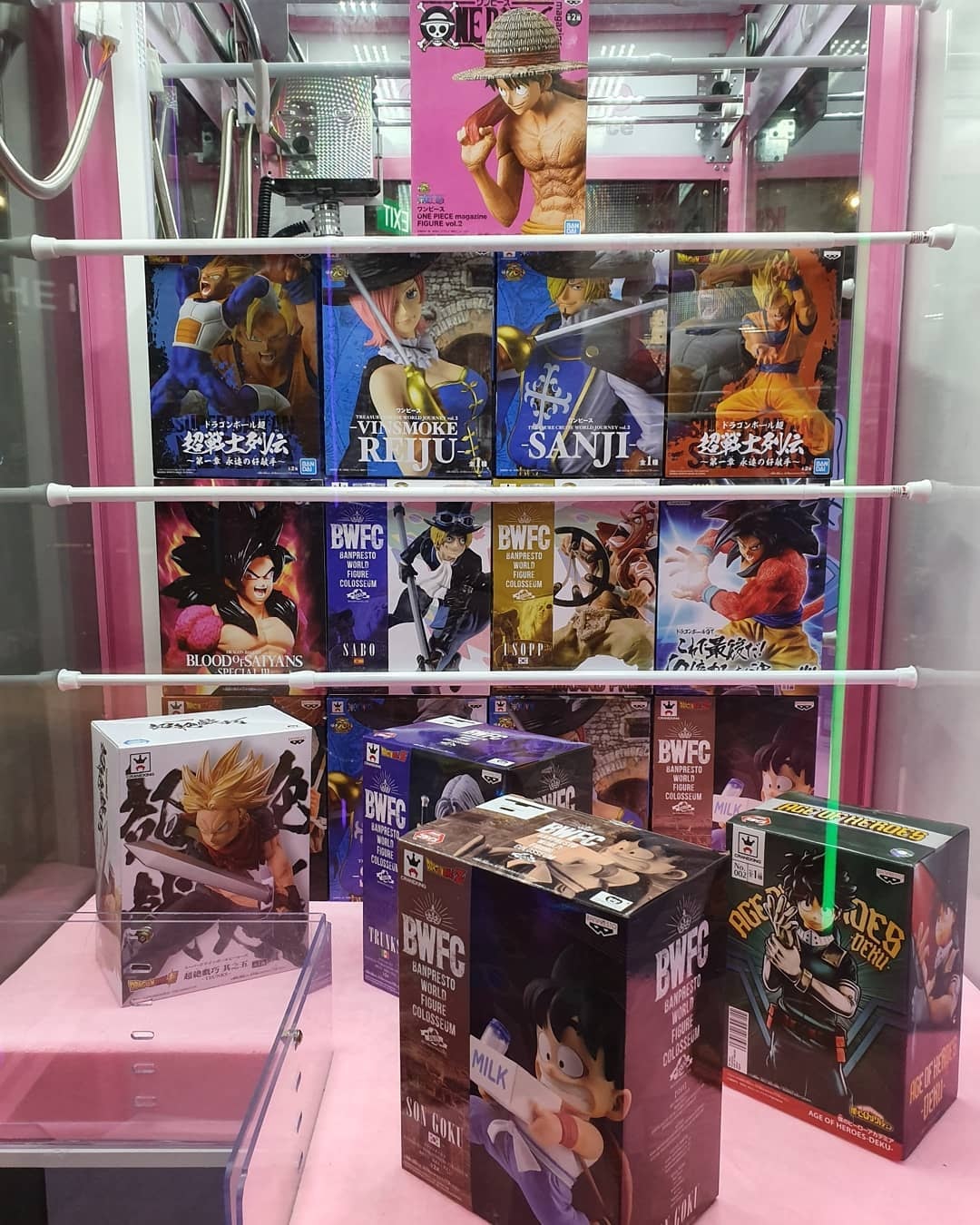 If you’ve been trying to snag something for ages to no avail, try asking the staff for help. They’ll be more than willing to adjust the toys for you to make it easier for you to catch them. 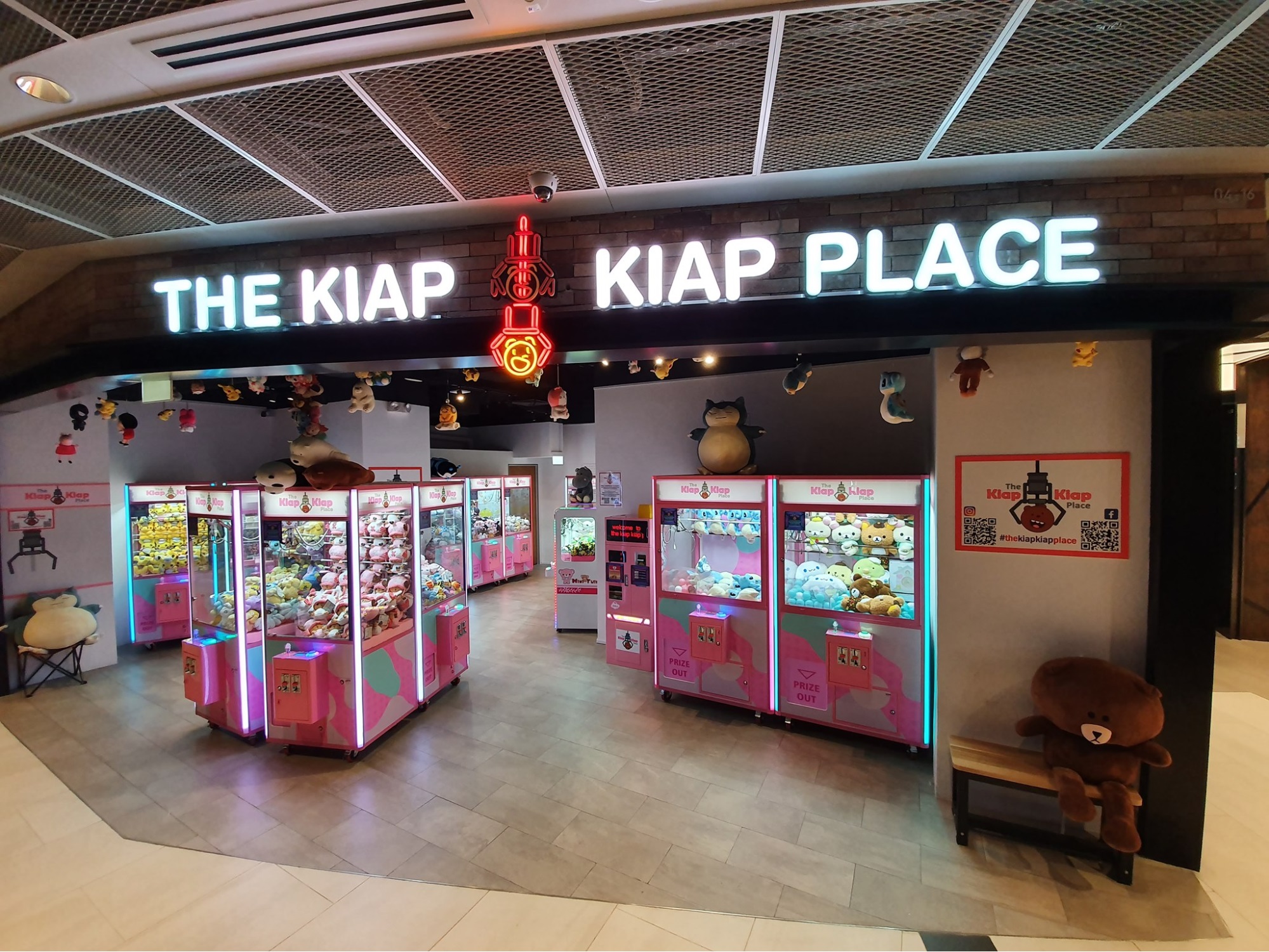 4. ClawBae – accumulate your wins and trade them for bigger toys 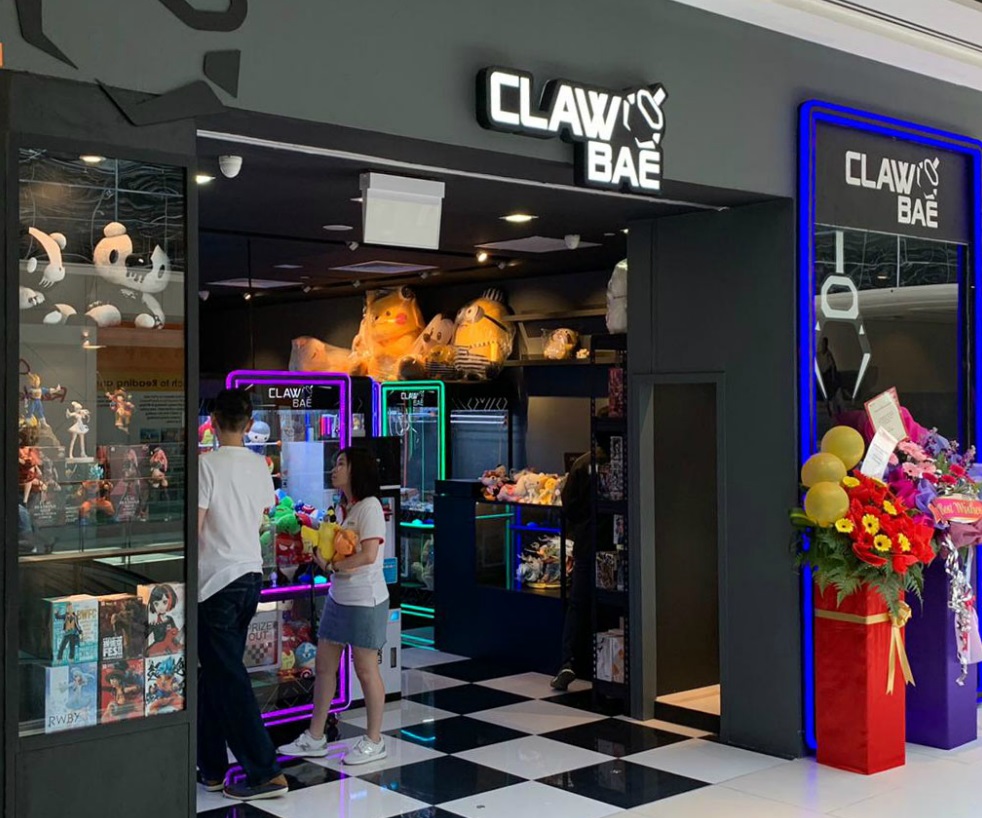 Claw machine enthusiasts in the West needn’t travel so far when you’ve got ClawBae in Westgate. This new claw machine arcade just opened up in September, with neon-lit machines packed with plushies and anime toy figurines. 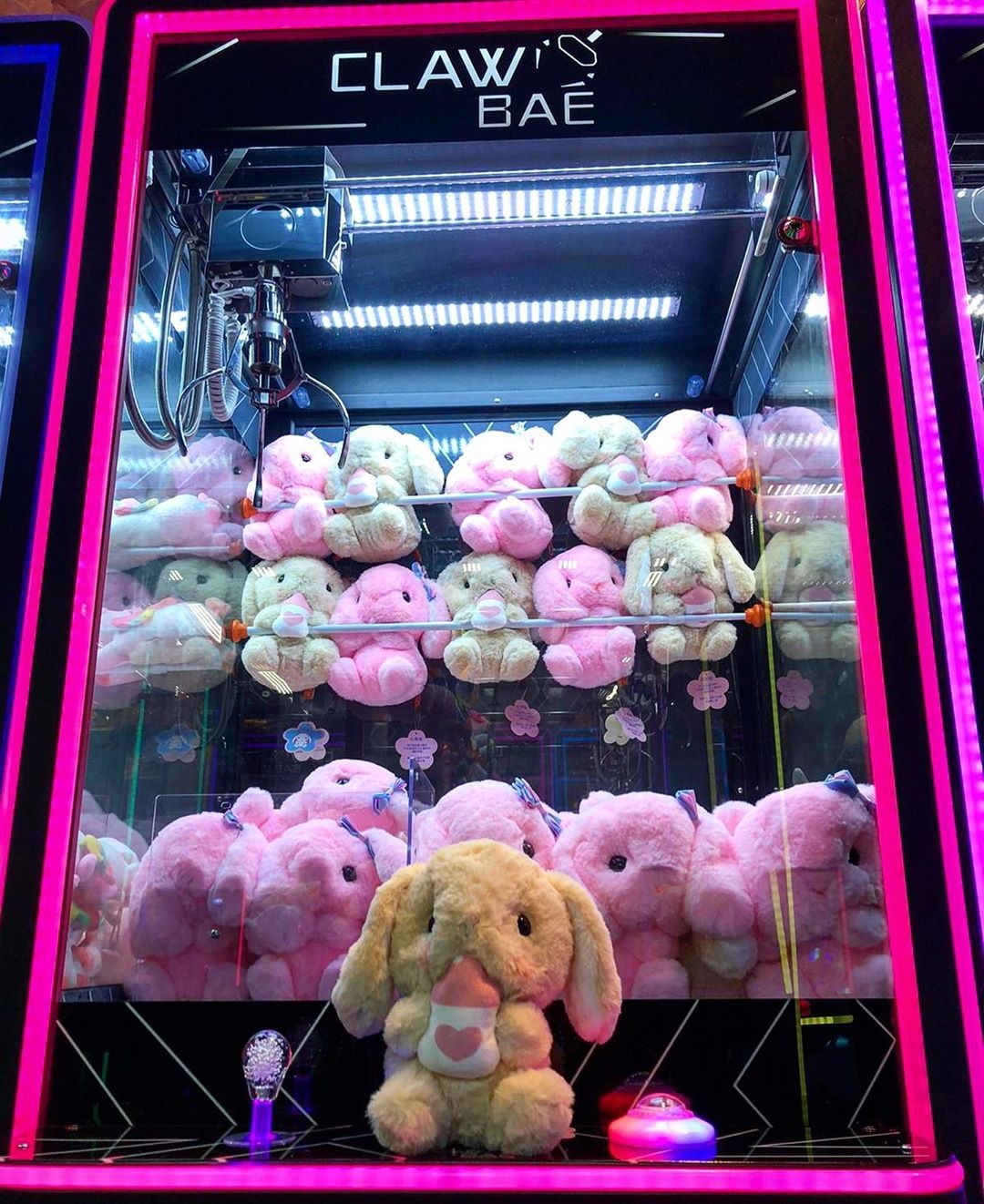 If you’ve got a bunch of smaller wins, you have the option to trade them in for stamps. You can use those stamps to exchange for a larger toy instead – perfect to surprise bae with. 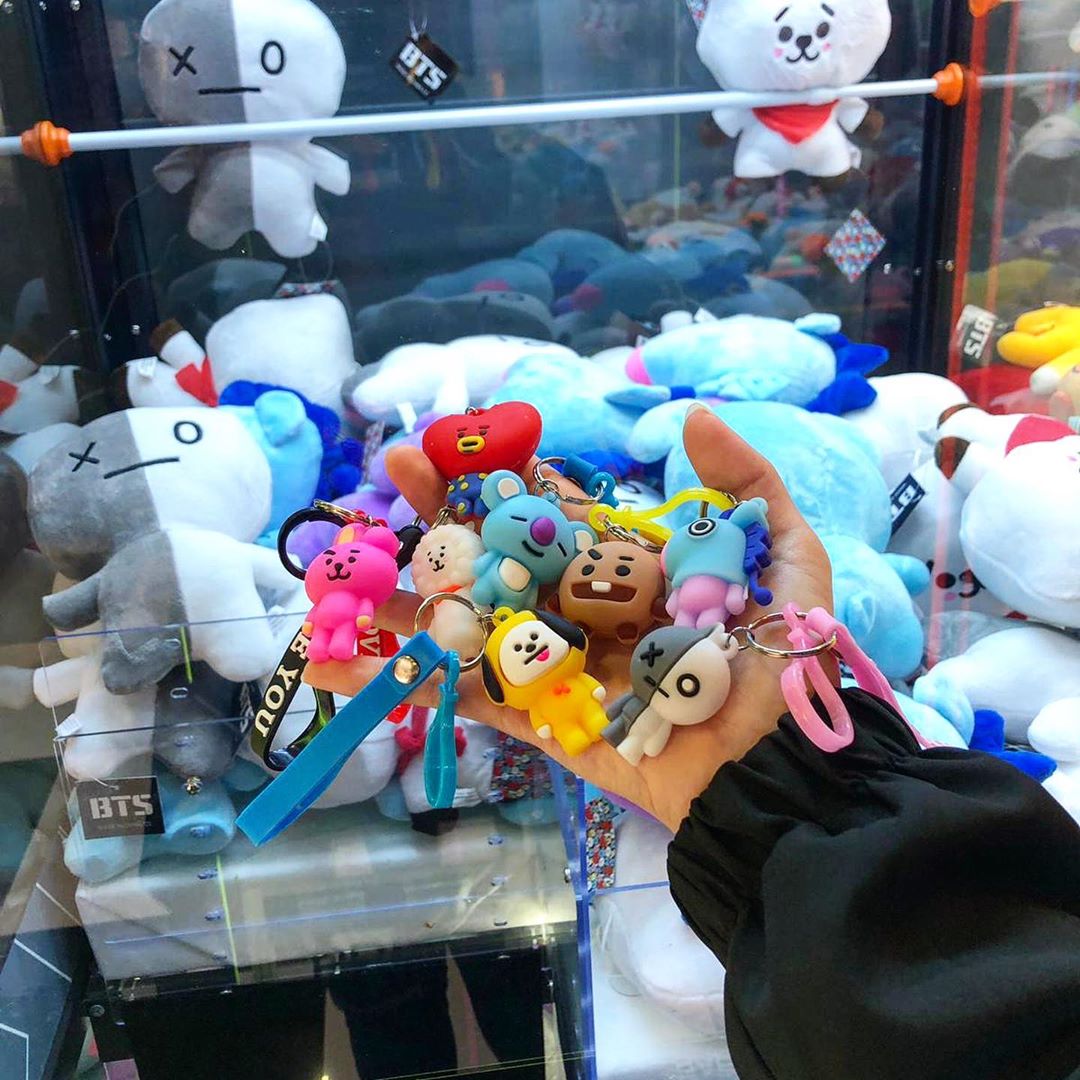 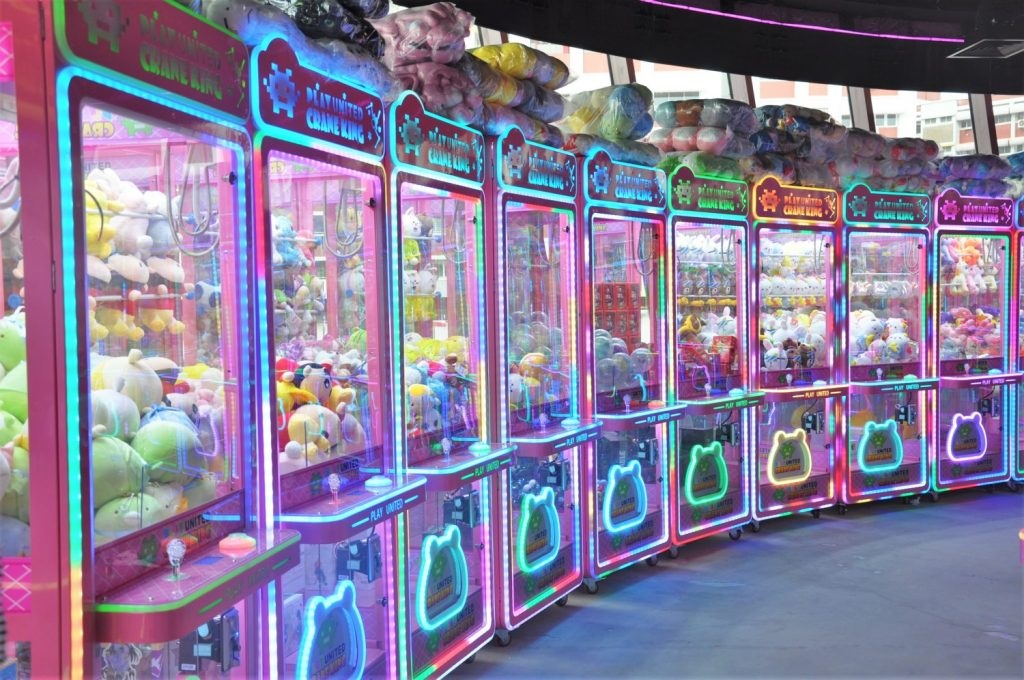 You might remember Play United being at Northpoint City a few months back. Sadly, that outlet has since closed down, but has since relocated to Hougang Mall in June – and they’re bigger than ever

When I say this outlet is huge, I mean huge. It takes up more than half the fifth level, with 100 claw machines for you to have a go at. 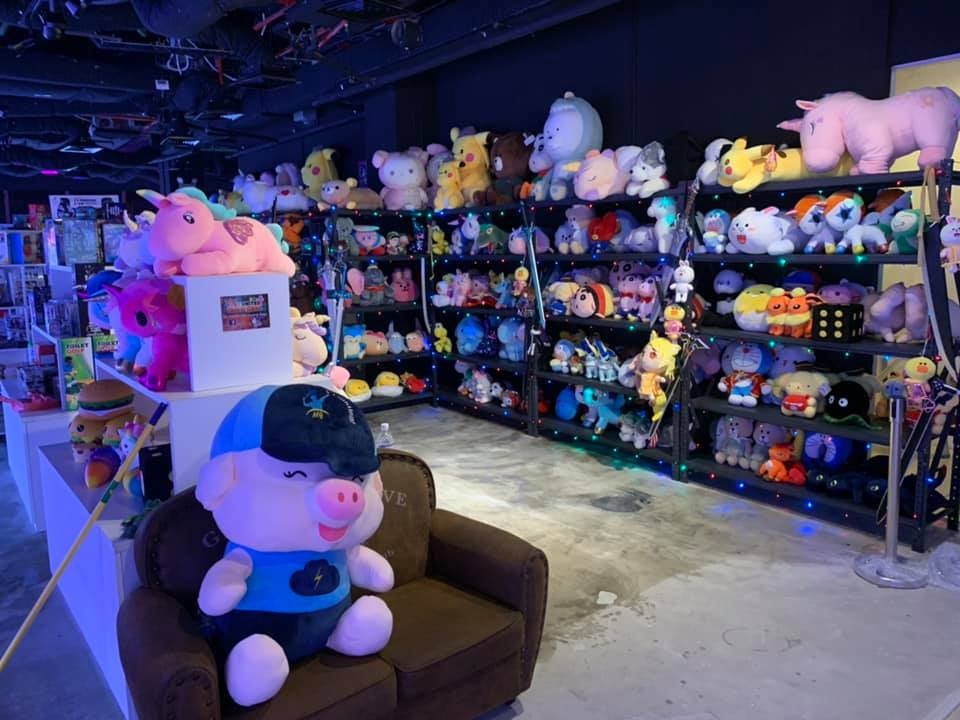 They’ve got a prize area that displays plushies way bigger than the ones you’d find in the machines. You can exchange the smaller toys you’ve won with a bigger toy if you wish – rates start from 5 winnings for one exchange. 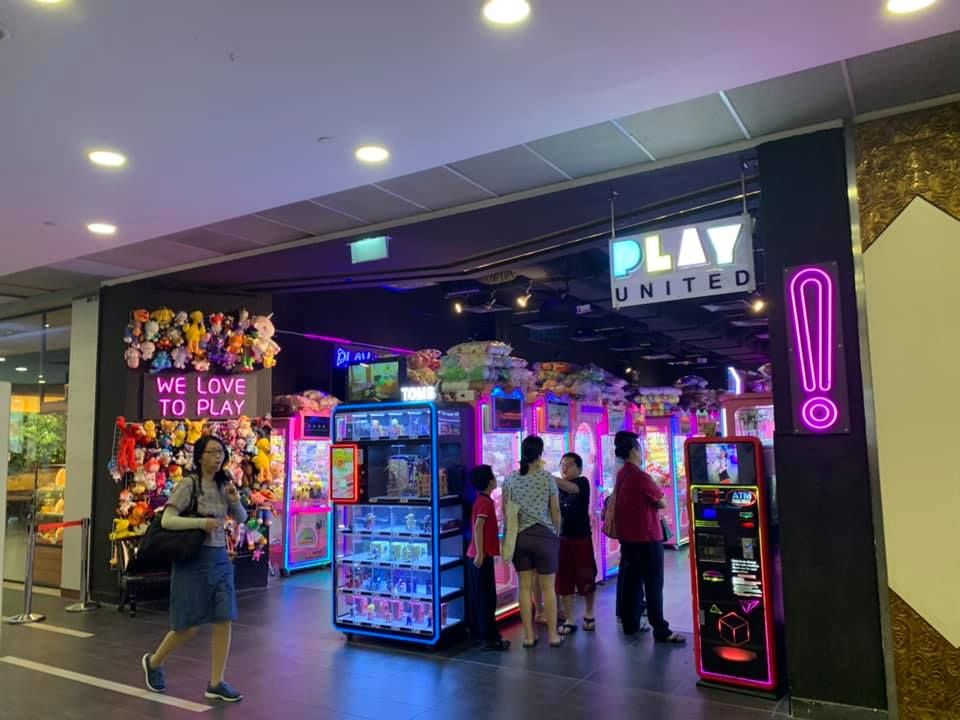 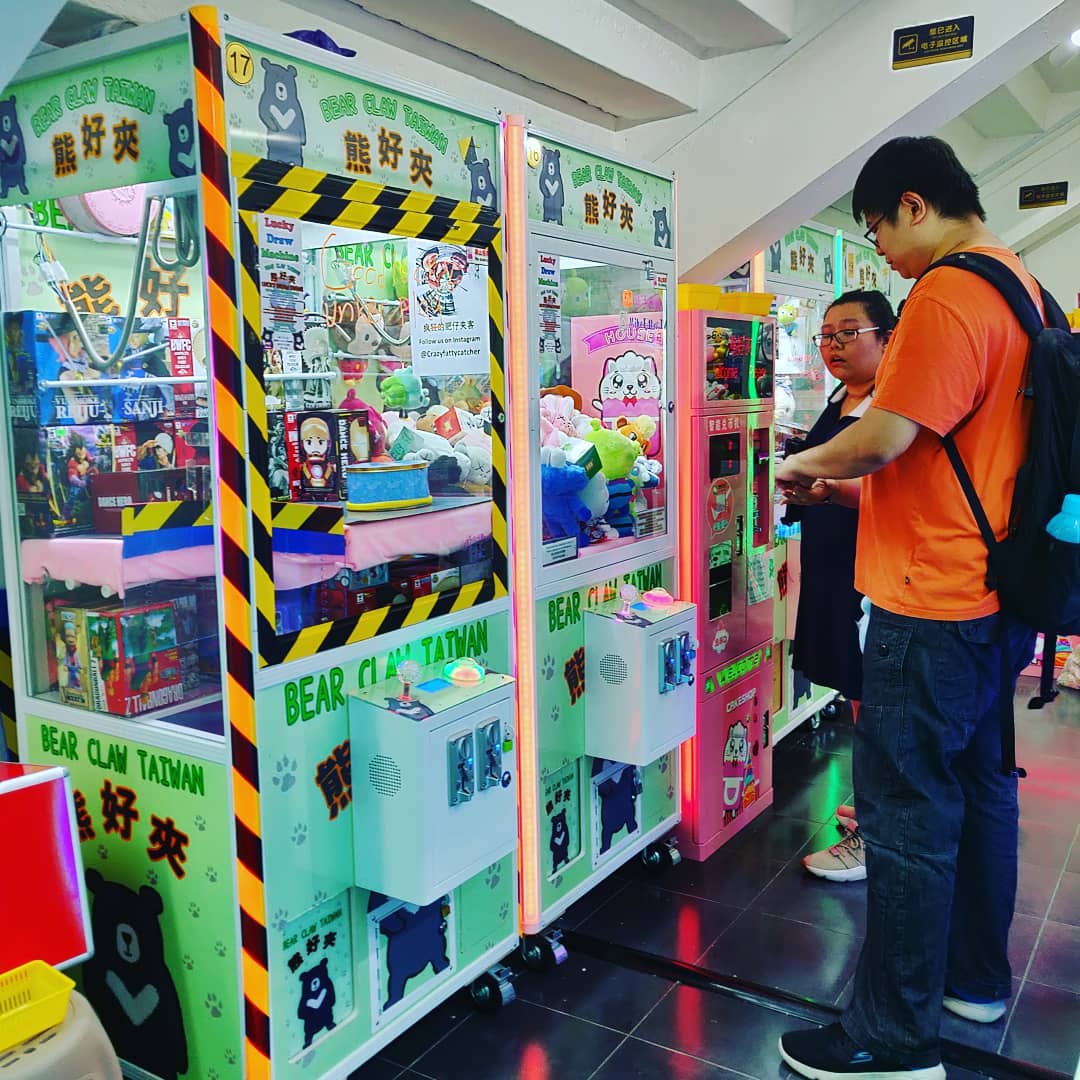 More than just a haven for cheap shopping and money changers, Lucky Plaza is also home to a claw machine arcade of its own. Head down to the basement, and you can try your luck over at Bear Claw Taiwan. 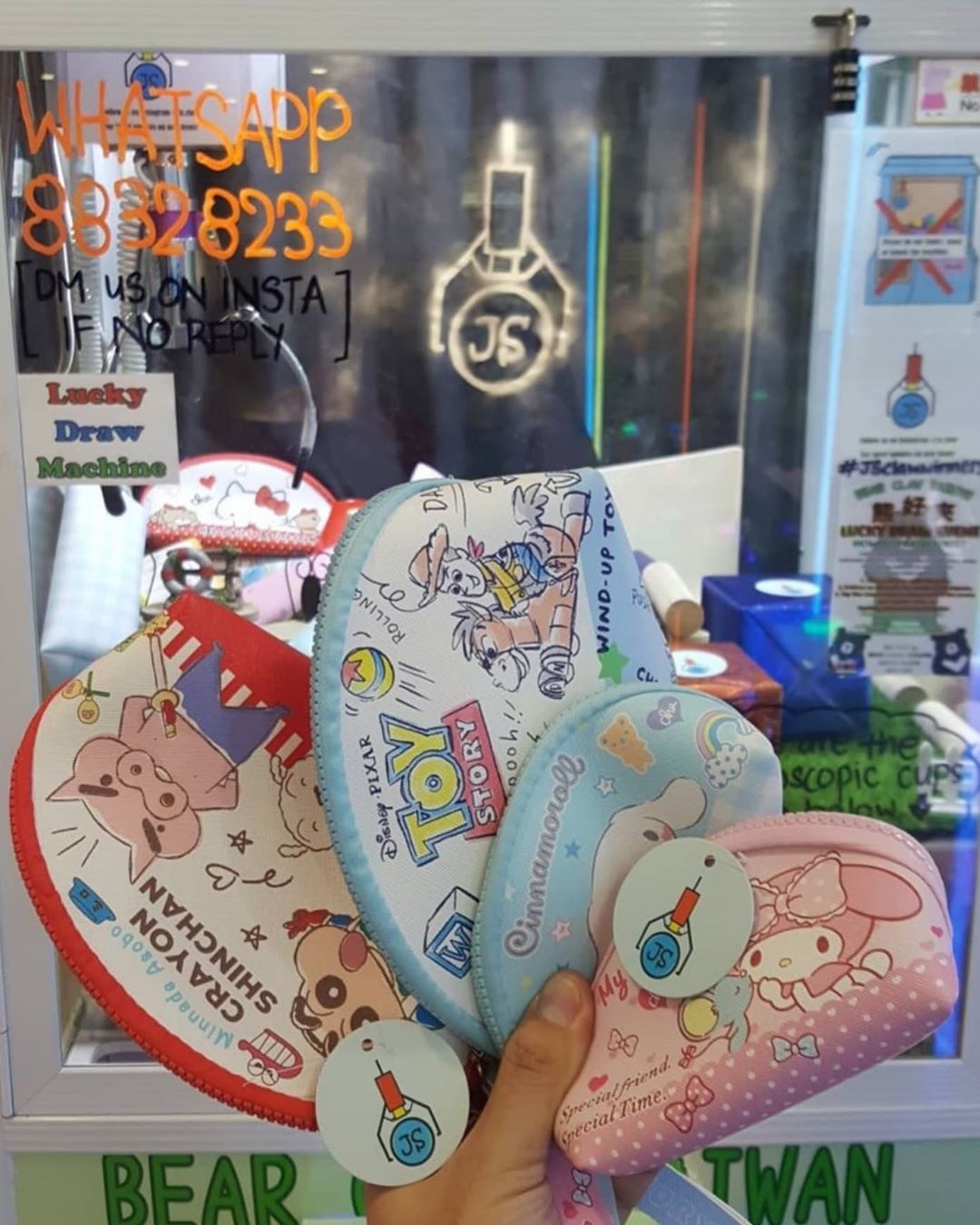 This arcade features rows upon rows of booths stacked with goodies. Apart from the typical plushies and figurines, you’ll also fine character-themed pouches, speakers, and mugs. 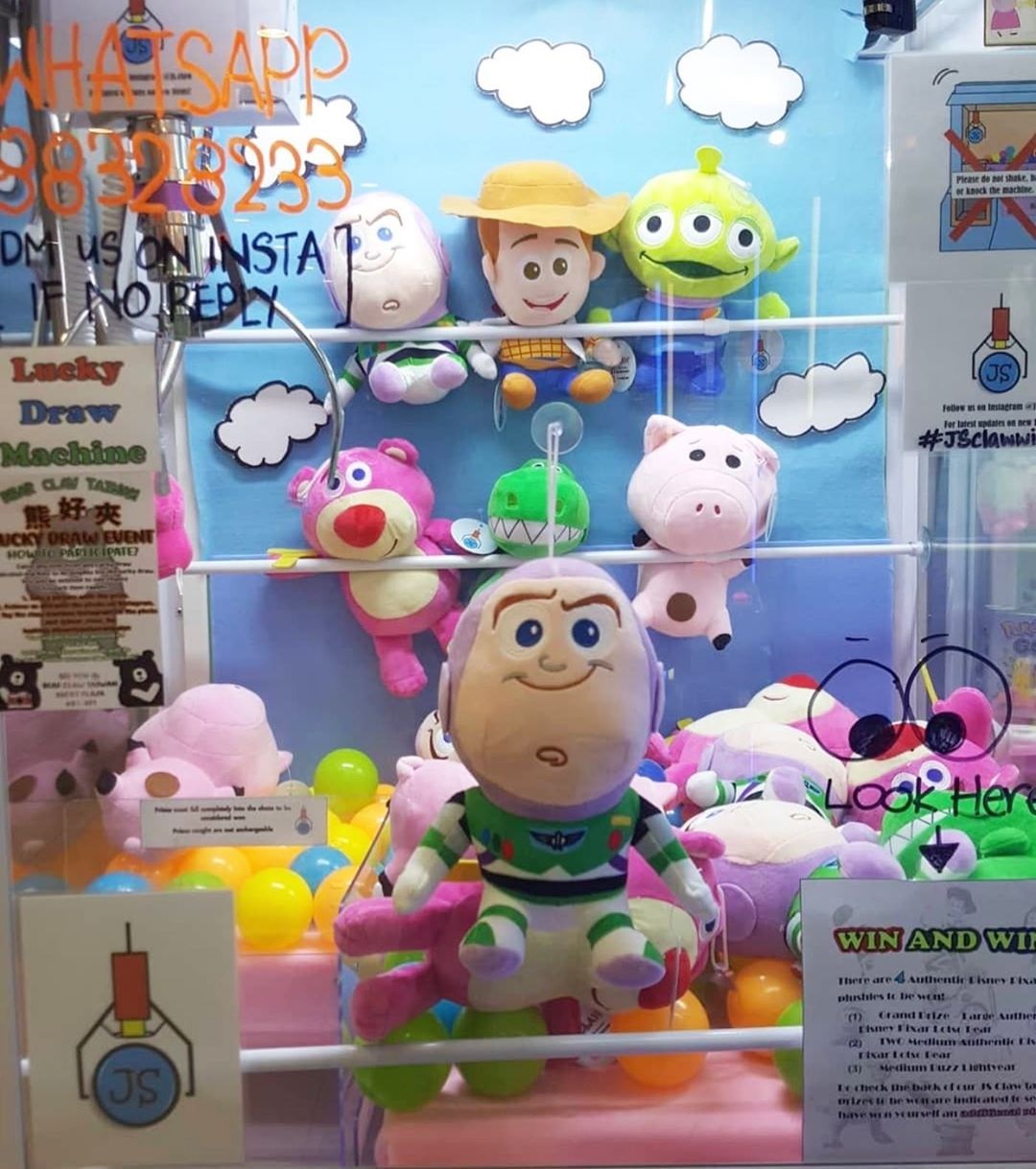 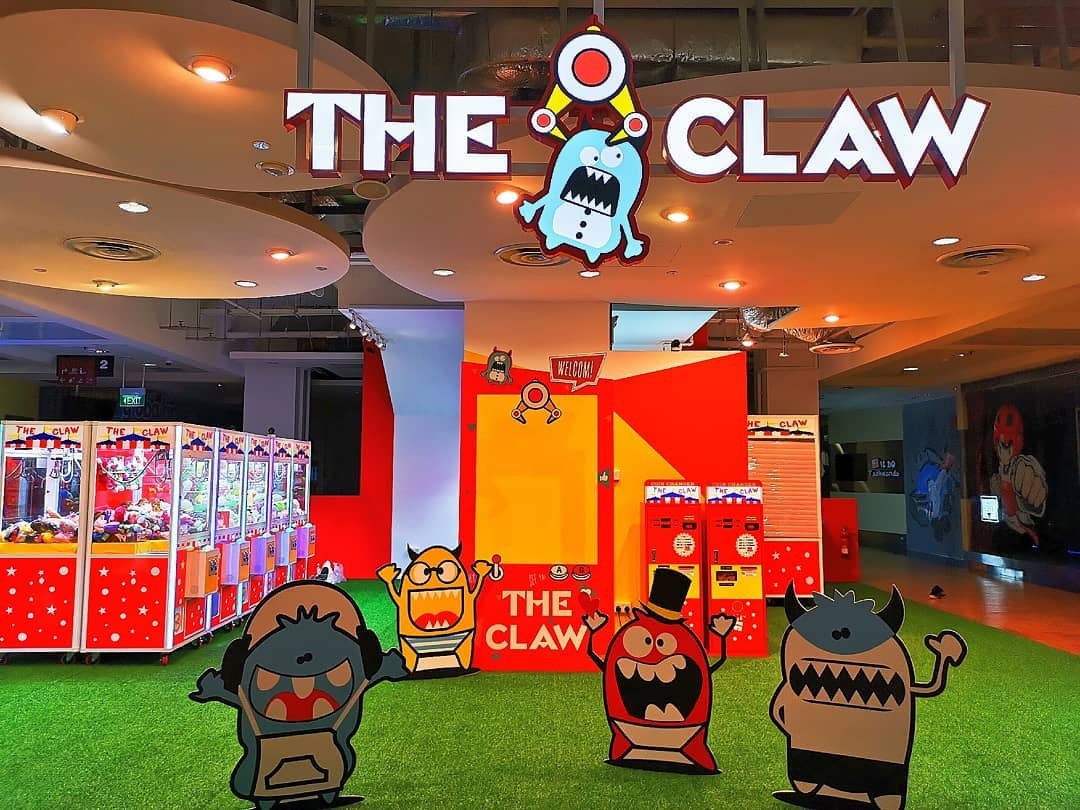 You’ll find The Claw nestled away on the second level of Bedok Point. It recently opened up in June, which makes it convenient for East siders to swing by. 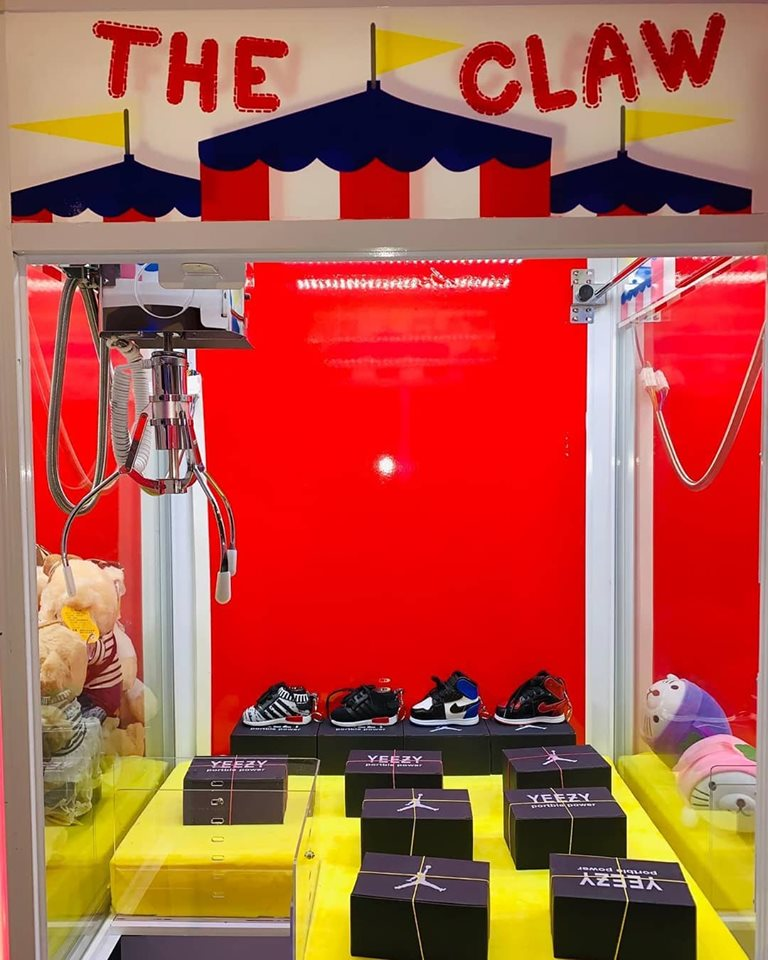 Items to win here don’t just include your typical soft toys. Depending on their stock, you can also find snacks, drinks, power banks, and the occasional branded shoes. They’re constantly updating the prizes they put out, so check back frequently for different items to bring home each time. 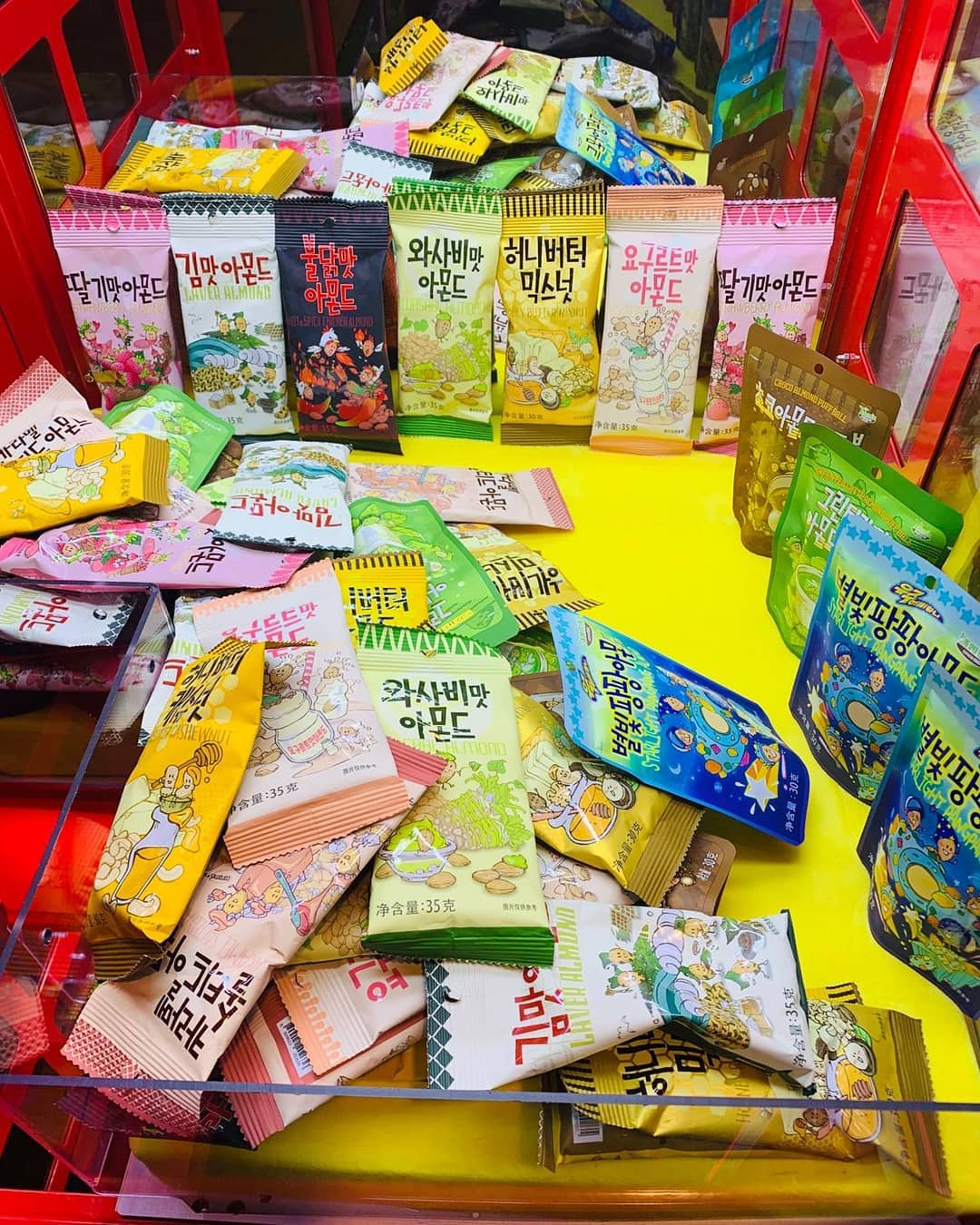 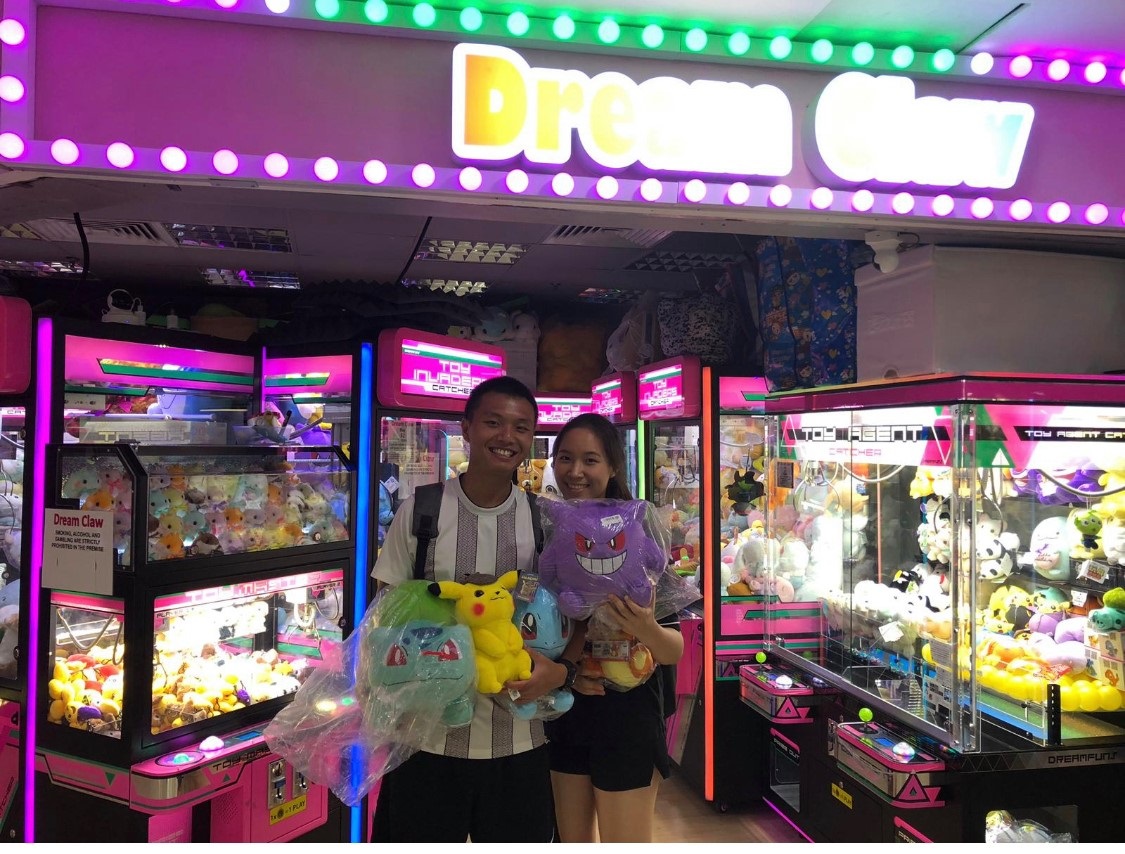 Most shoppers swing by Queensway for cheap sports apparel, but more than that, it also has its own claw machine arcade named Dream Claw. Keep your eyes peeled for the McDonald’s on the second level as you navigate through the maze of the layout – it’s right opposite. 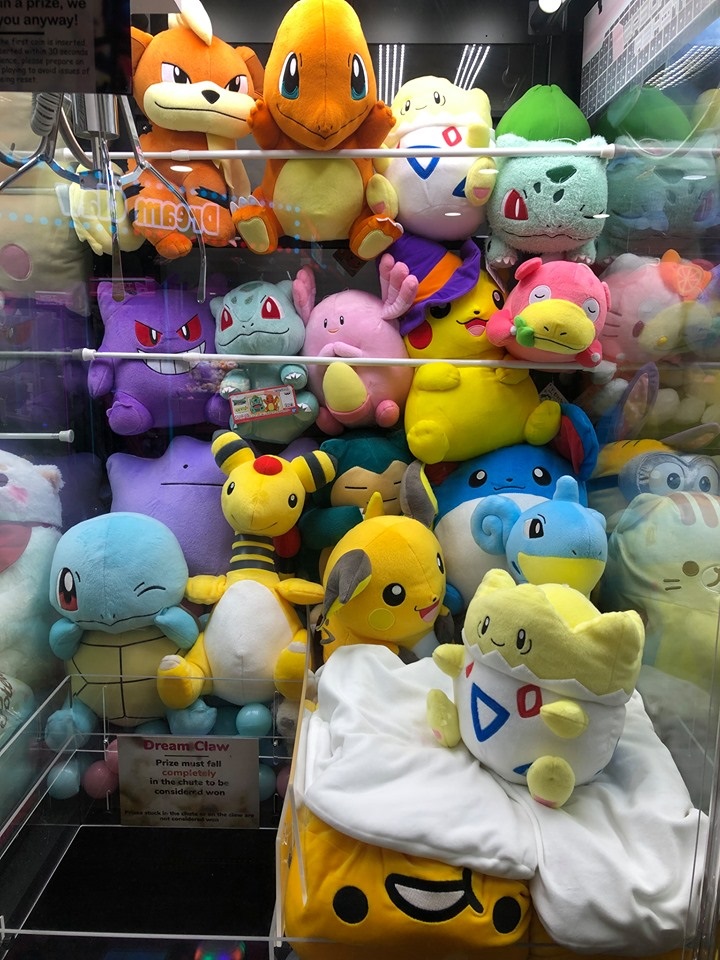 Pokemon enthusiasts will be especially exhilarated to try these machines as there are rare plushies to win. With the ever-classic Pikachu to the more uncommon characters like Ampharos and Diglett, you’ll want to catch ‘em all. 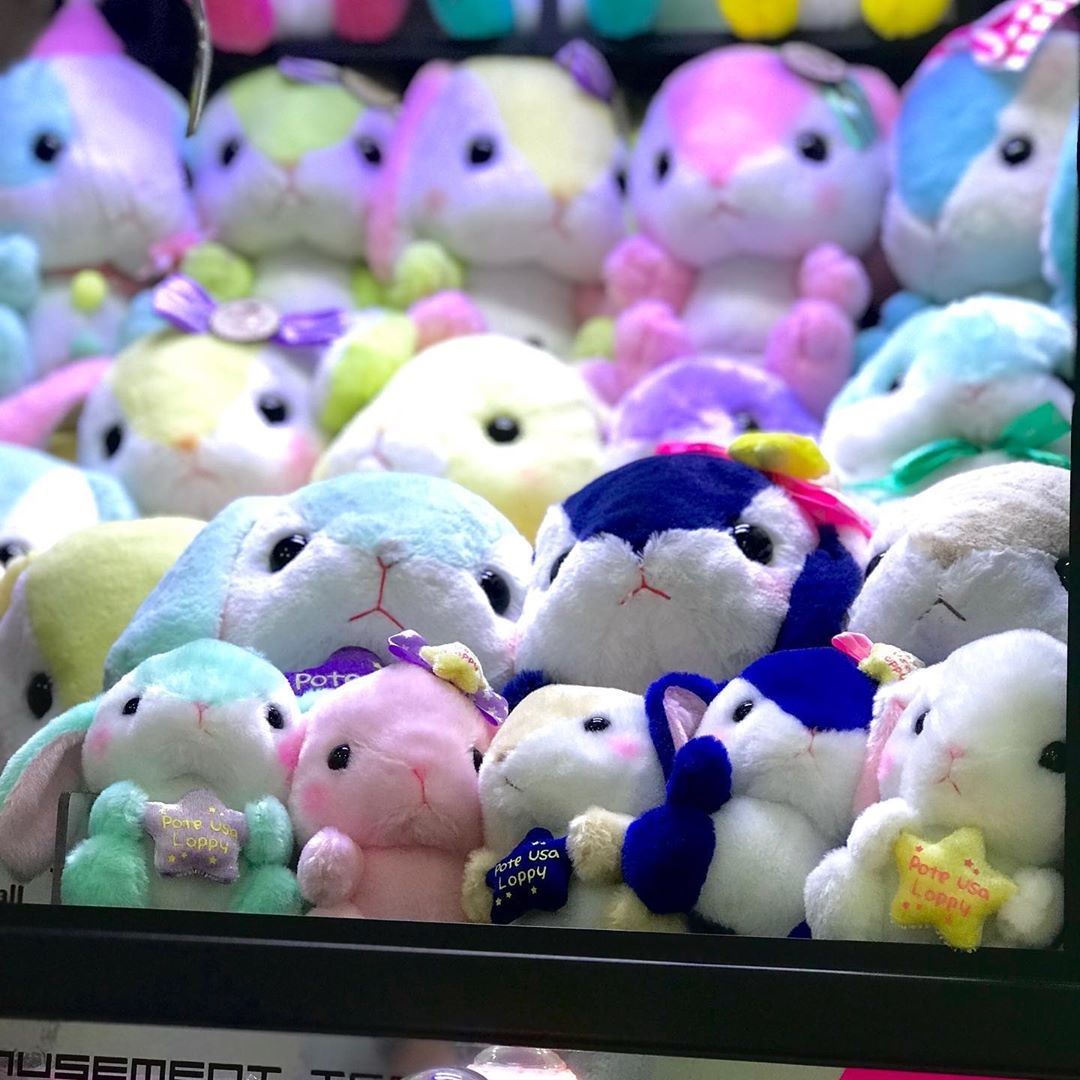 Singaporeans are gripped by the claw machine craze, and that’s evident from the way enthusiasts fork out boatloads of cash to bring home the plushie of choice. Grab your spare change, and head to the nearest one – it’s time to put that skill to the test.

Check out these other newly-opened entertainment establishments in Singapore: 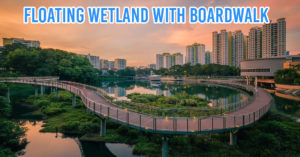 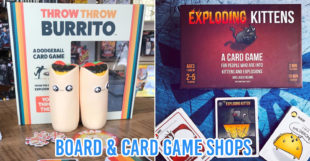