Whether you’re high SES or low, and whether you’re #TeamChickenRice or #TeamChiliCrab, Singlish is something all proud Singaporeans love and cherish. Easy and efficient, Singlish continues to be an important part of our culture and identity.

Most who are born and bred in Singapore will consider their Singlish skills steady pom pi pi, but might still be surprised by the stories behind the words and phrases they use daily. To help you transform into a level 1,000 Singaporean, here are 10 Singlish words and phrases with unique origin stories.

Check out our other articles on language in Singapore: Many of us may have used calefare without realising that it’s not an English word. Simply put, calefares are extras hired by TV productions for nonvital, temporary roles. These can sometimes be for an angry mob, passers-by or a pair of fetching policemen flanking the star of the show.

Calefare has taken quite a roundabout journey to how it’s used today. First, as a Cantonese pronunciation of the English “carefree”, 茄喱啡 (ke le fe) was then corrupted back into Singlish as calefare, used to describe lazy people who stand around doing nothing. This later evolved to refer to film and TV extras, referencing lucky calefares who are paid to simply stand nonchalantly in the background.

Example: “Even right next to Elvin Ng, that calefare is quite handsome, leh.” The foremost expression of Singaporean sarcasm, arbuthen is almost always used as a question, accompanied by a slight frown and palms facing up. Together, they express something along the lines of “isn’t that obvious?”.

This useful term of ridicule was originally the English phrase “ah, but then?”, rattled off quickly in typical Singaporean fashion to produce arbuthen. 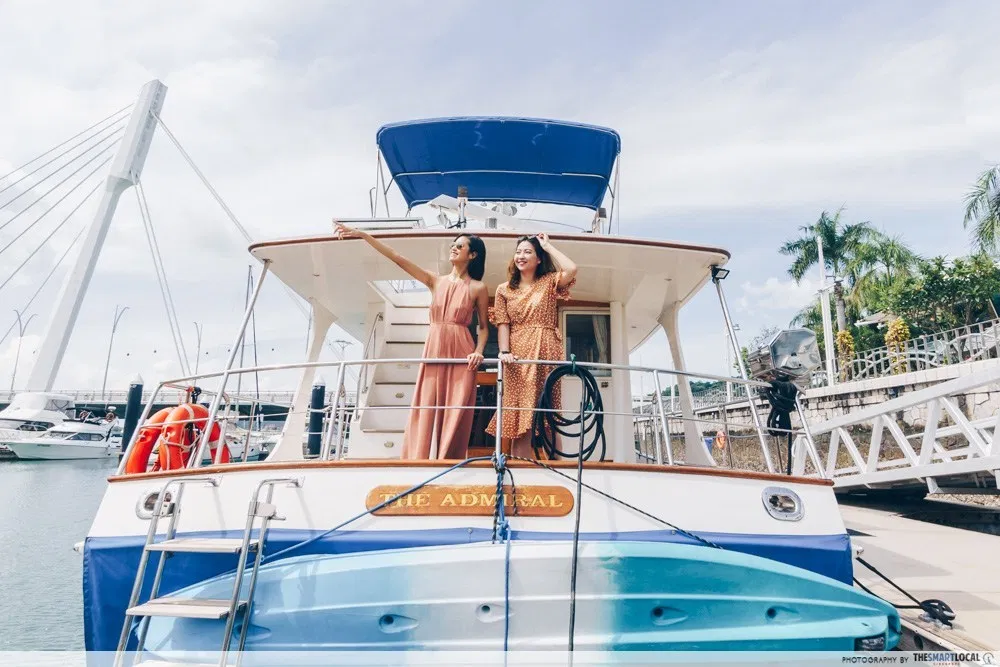 A verb that means “to move backwards”, gostan can be commonly heard in multi-storey car parks as irate spouses gingerly guide their partners at the wheel into cramped lots.

While it might sound like it belongs to one of our 3 official mother tongues in Singapore, gostan is in fact a corruption of the English seafaring term “go astern”. For those of us who aren’t in the navy, the stern is the rearmost part of the ship, while the front end is called the bow.

Example: “There’s no oncoming traffic, you can gostan slowly.” While elsewhere in the world the phrase simply denotes dinnertime, in sunny Singapore half past six indicates shoddy work or poor attitude. While this might conjure up primary school memories of a teacher’s reprimand, you might be shocked to learn that half-past six doesn’t have as PG an origin as you expected.

Most Singaporeans have conceded that it originated from observing an analogue clock. The position of the hands at half past six resembles the droopy angle of flaccid male unmentionables. Perhaps not by chance, the English word “flaccid” also means “lacking vigour or effectiveness”.

Example: “You won’t be able to get the promotion with that half past six attitude.” While this turn of phrase has fallen out of favour amongst millennials and Gen Z Singaporeans, many of us have fond memories of this kitsch phrase in local TV series like Phua Chu Kang. Regularly used as an expression of confidence, steady pom pi pi is also used to describe someone who remains calm and reliable even in crisis.

On its own, “steady” largely has the same meaning, but pom pi pi was later appended for its rhyming effect. Pom pi pi refers to the shimmering pom-poms of a cheerleader and the sound of a whistle blowing – both reassuring signs of encouragement. Chapalang is a corruption of the Hokkien phrase jiak pa lang, which means “people who have eaten their fill”. Originally used to describe people wandering haphazardly and rather drunkenly after a heavy meal, the term has taken on a more general meaning to indicate a chaotic mess or a jumble.

Example: “It’s impossible to find her in this crowd – it’s too chapalang!” 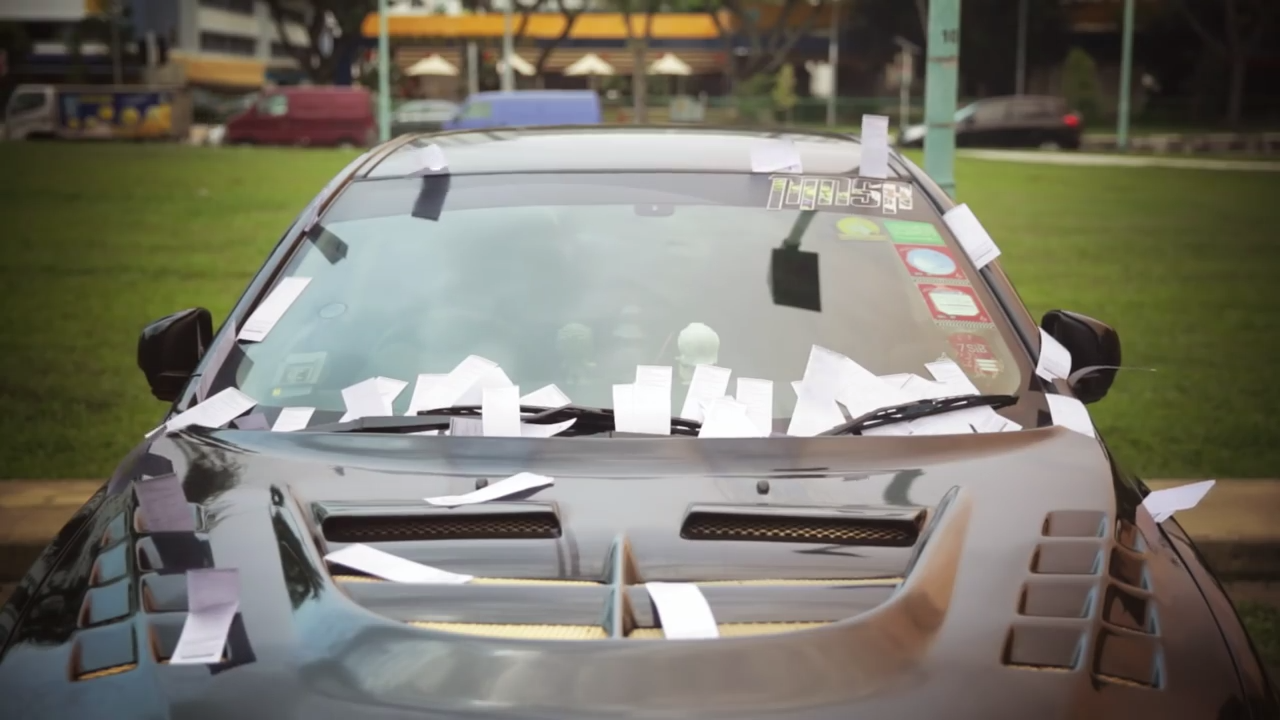 A word that strikes fear in the hearts of even the most garang (tough) Singaporeans, shouts of “saman aunty” will send patrons at a coffee shop scrambling towards their illegally-parked cars. This term dates back to colonial days, where British-run courts issued “summons” that legally required people to appear in court.

Saman is simply the Malay word for “summons” – but compared to the dainty and delicate “summons”, it’s much simpler to call out “saman aunty!”

Looking at the safe, padded playgrounds kids enjoy these days, we can’t help but reminisce on the good old days where outdoor fun was measured in bruises. Heading home meant parents fussing over our newfound baluku, with Zam-Buk painfully yet lovingly administered as a lesson for our carelessness.

This adorable and unique term was derived from Malay buah duku, a small, yellowish fruit that apparently resembles those speckled bumps we used to collect all the time as kids.

Example: “My mum pinched me so hard that I had a huge baluku for weeks!”

We Singaporeans pride ourselves on our orderliness, where everything from owning an e-scooter to busking and camping requires official permits. That’s kind of what confirm plus chop means, as it refers to an official confirmation via a chop.

Chop, which is the Singlish equivalent of “stamp”, is a corruption of the Malay word cap (pronounced ch-up). In turn, cap originates from the Hindi word छाप (pronounced chhaap), which also means to stamp. 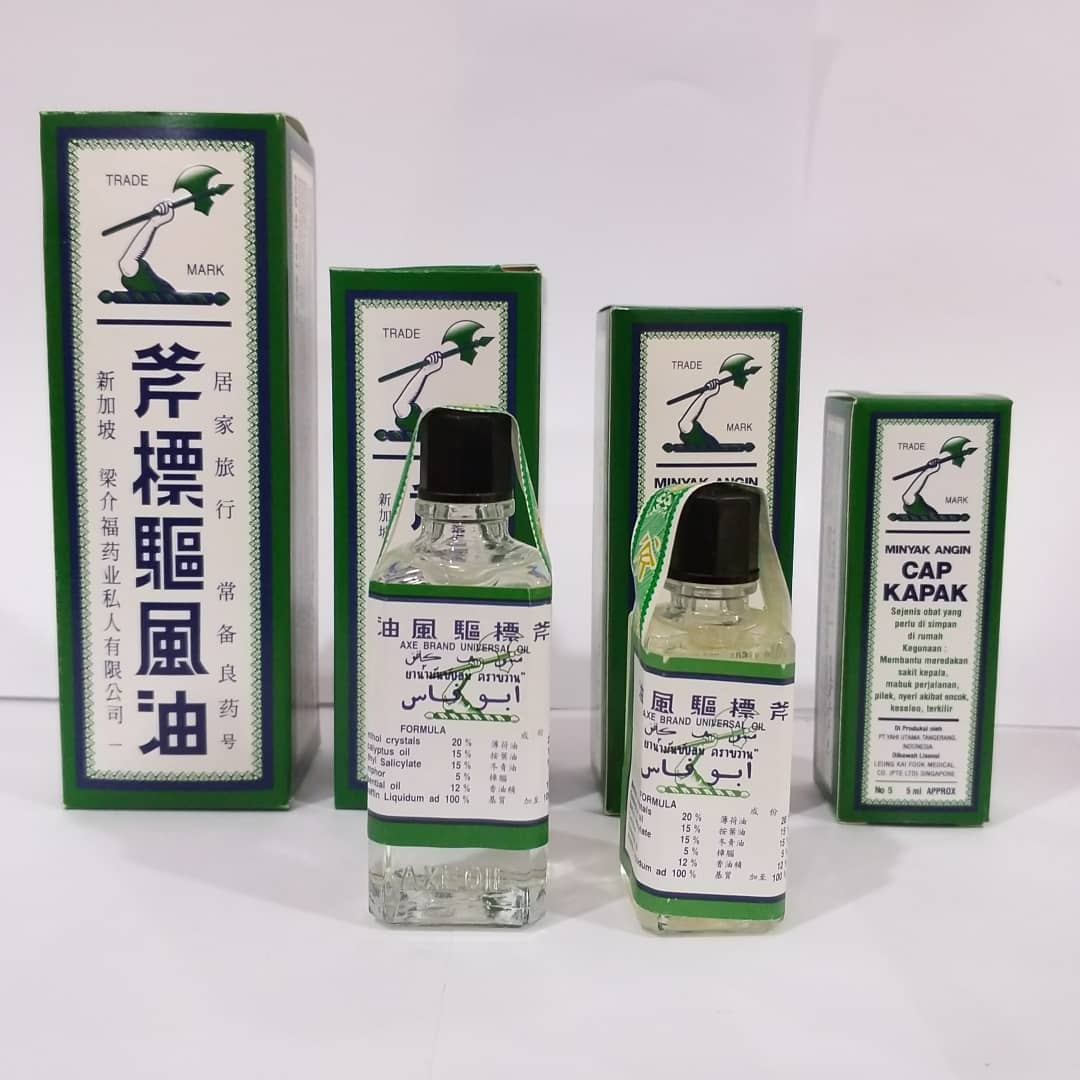 In Singapore and the region, the packaging of many traditional household brands include the word “cap” – Malay for “brand”.
Image credit: @apotek_duniafarma We all know “friends” who have outed us to teachers for smuggling food into class, or to your sergeant for using your handphone after lights out. Where some might refer to it as betrayal or an act of sabotage, Singaporeans prefer the more elegant bao toh.

The main theory for its origin is that bao toh (包刀) is Hokkien for “bread knife”. However, bread knives aren’t exactly ideal for stabbing anything in the back. An alternate and more logical translation is “packaged knife” – bringing to mind Hong Kong police dramas where gang members would conceal their blades in newspapers before drawing them for attack.

Example: “I took a sip of water in the MRT station and George went to the station master to bao toh me!”

Although we use these Singlish words and phrases in our everyday lives, few of us know about their weird and wonderful origins.

Whether they are unique pronunciations of actual words, terms borrowed from regional languages, or catchy, rhyming phrases coined by poetic Singaporeans, knowing the roots of these everyday phrases helps us appreciate our vibrant culture so much more.

Check out our articles on culture in Singapore: Sephora Now Has Up To 50% Off Makeup & Skincare Brands Like Fenty Beauty, Laura Mercier And NARS
10 Common Household Appliances You Should Be Cleaning And How Often It Should Be Done