Most Singaporeans grew up learning British English in school, but that didn’t stop us from coining our very own expressions and using them in casual conversations with our peers, a.k.a Singlish phrases.

Such expressions are made up of words you’ll find in the Oxford Dictionary, but which Singaporeans have given different meanings to. These nine common English phrases may come naturally to us, but use them on any foreigner, and you’re likely to make their heads spin. 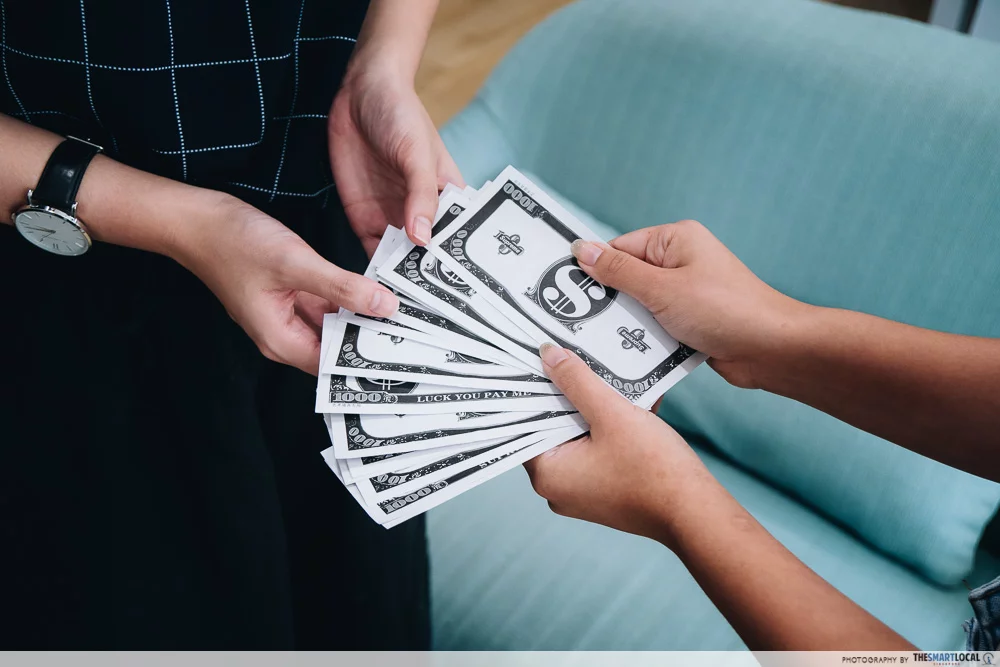 What we say: Lend from/borrow me


Be it writing immigration cards at airports or filling in a form at the mall, we’ve all forgotten to bring a pen along at one point. “Eh, can borrow me your pen?” we’d say, without realising that it’s not the right way to say it.

Much to the chagrin of our English teachers, Singaporeans tend to use the words borrow and lend interchangeably. That’s possibly because the word “借” (jiè) in Mandarin can refer to either borrowing or lending, but it has become so commonly used that the only people who bat an eyelid are the grammar nazis. 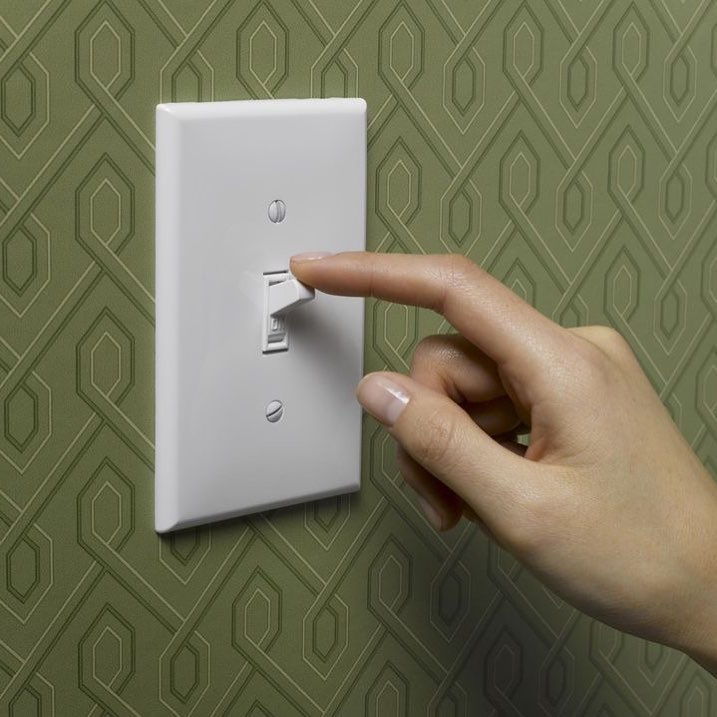 “Eh, can you help to on the light?” We hear this phrase a lot, but it doesn’t just apply to the lights. Rather, it applies to any electrical appliance – your aircon, your fan, your car…the list goes on.

The proper way to say it would be “switch on/off the light”. Sure, it may just be one additional word, but somehow, we’ve grown so used to omitting the word “switch” that it just feels right, somehow.

What we say: Off day
Standard English: Day off

We can’t count the number of times we’ve heard our colleagues exclaim “tomorrow is my off day!” in glee. To us, that phrase refers to a rest day – but say it to any foreigner, and they’ll picture you having a bad day.

In standard English, an “off day” refers to a day where things just aren’t going well, whereas a “day off” is a rest day.

What we say: Feedback you/feedback to you
Standard English: Give you feedback

The phrase feedback you pops up in conversations and emails every so often. Right off the bat, we’d know it’s technically not the right way to say it, and here’s why. We’ve all been caught in that situation where we don’t have any cash on hand to pay for your favourite bowl of mee soto. Cue the moment you run off to the nearest ATM to, ahem, draw money.

It’s a phrase we commonly say, but if you take the phrase literally, it means that you’re sketching out your cash. The correct way to say it is to “withdraw money” or “draw out money” – but hey, we get what you mean.

What we say: Last time
Standard English: Previously/in the past

Our foreign friends would associate the phrase “last time” with just that – the final instance of something. Example: “This is the last time I’m telling you – stop stealing my fries.”

But for us, we use that phrase every time we’re regaling our friends with stories from our past. Whether it’s a nostalgic tale of our childhood, or an event that happened sometime ago, we Singaporeans use it to refer to a time in the past.

7. Pass up your homework 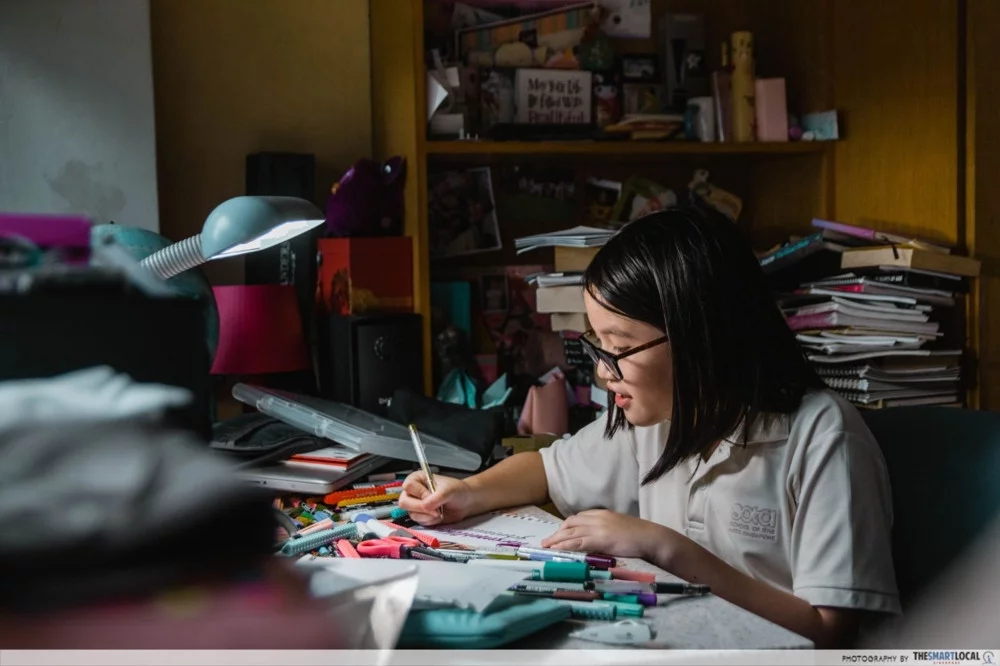 There was a time when the phrase pass up your homework filled us with much dread. And amidst the flurry of activity to hand it in, we never really realised that it’s actually not the right way to say it.

Technically, the phrase “pass up” means “reject” – as in “passing up an opportunity”. But we’ve grown so used to its localised meaning of “hand in” that we’ve never really seen an issue with it.

What we say: Free gift
Standard English: Free OR gift

Our love for all things free is perhaps one of the most telling traits of a Singaporean. Utter the phrase “free gift” anywhere, and watch as Singaporeans chiong to snap up the deal.

We’re so used to it that we don’t realise the word “gift” already suggests that it’s free. Using both words together is redundant, but we can’t deny that there is a nice ring to the phrase. What we say: Eat yourself
Standard English: Eat on your own

Picture this: you jio our friends out for a meal, only for them to shut you down due to other commitments. “Sorry, I’m busy today,” they’d say. “Just eat yourself lah.”

I’m sure we’ve all experienced this at least once. But more than the sting from rejection, do remember that out of our Singaporean context, this phrase is actually asking you to physically eat yourself, and not on your own.

Every English-speaking country has a unique take on the English language, and Singapore is no exception with all the Singlish phrases we speak on the daily. And when we’ve grown accustomed to the things we say, we tend to forget that some of the English phrases we commonly use in Singapore are technically not in standard English – which we may only realise when speaking to a foreigner.

When we’re living in a country as globalised as Singapore, meeting people from all over the world is really easy. As much as using phrases like “borrow me” and “eat yourself” come naturally to us, knowing when and where to use it becomes extra crucial to bring our point across much more easily.

With this in mind, that’s where the Speak Good English Movement comes in. To help you brush up, check out the resources in their online portal. Between a pronunciation guide and a list of common English mistakes, it has everything you need to ensure you’re aware of what is standard English and what isn’t.

This post was brought to you by the Speak Good English Movement.
Originally published on 6th March 2020. Last updated by Josiah Neo on 12th August 2021. 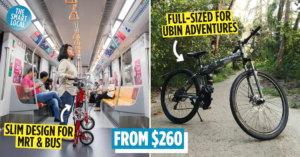 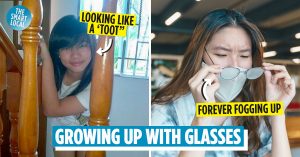