Most of us might think that the only commercial airport that still exists in Singapore is Changi Airport. But unbeknownst to many is the relatively smaller Seletar Airport, which still runs today.

Located in the northeast of Singapore, Seletar Airport might not have a snazzy mall like Jewel but is packed with history that pre-dates its Changi counterpart. Having started out as a military airbase and operating as a commercial airport in the present day, here’s what to know about the lesser-known airport and what you can do here today.

Check out the history of other places in Singapore here: 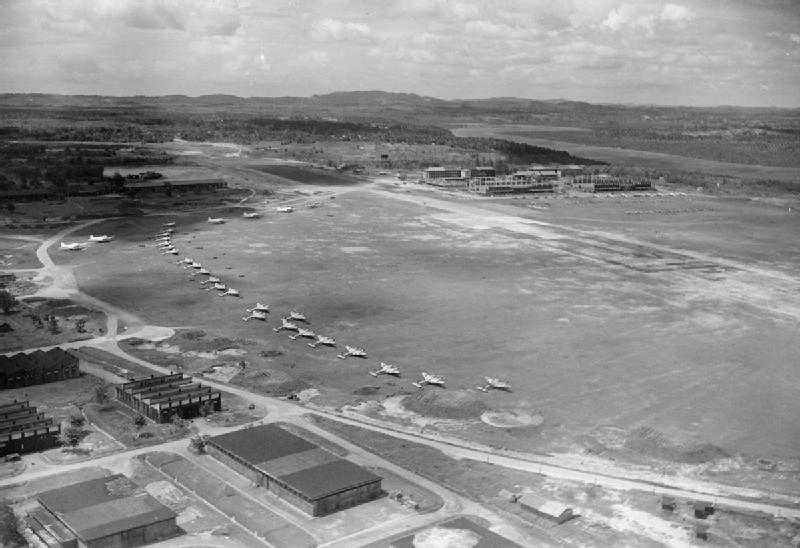 Aerial view of RAF Seletar in 1945

Formerly known as RAF Seletar, Seletar Airport started its operations in 1928 as the British Royal Air Force’s airfield and naval base. The airport then opened up for commercial use in 1930, with its first commercial flight in February that same year. Civil traffic still continued on until 1937, when Kallang Airport was opened. 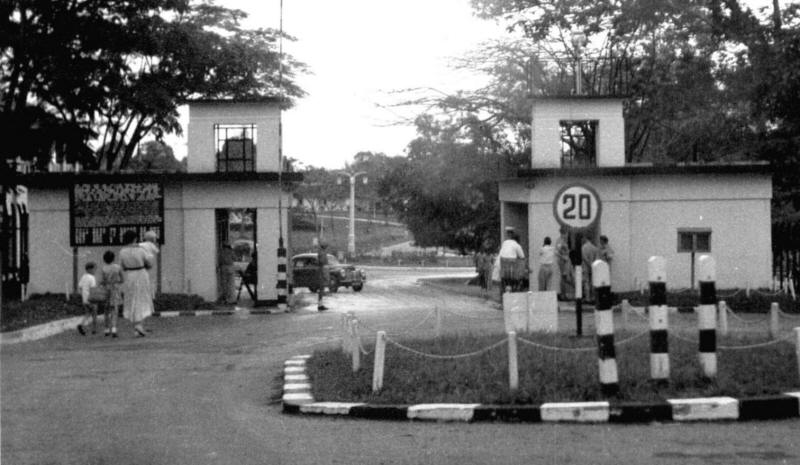 The main gate to RAF Seletar in the 1940s-50s, which you can still see today.
Image credit: 81 Squadron

RAF Seletar also served as the headquarters of the Far East Command and was one of the most crucial posts for the RAF, overseeing key trade and transport routes. The Far East Command’s Commander-in-Chief was directly responsible for the operations and training of the British land and air forces in Malaya, Burma and Hong Kong. This included coordinating defence plans in event of an attack for these regions. 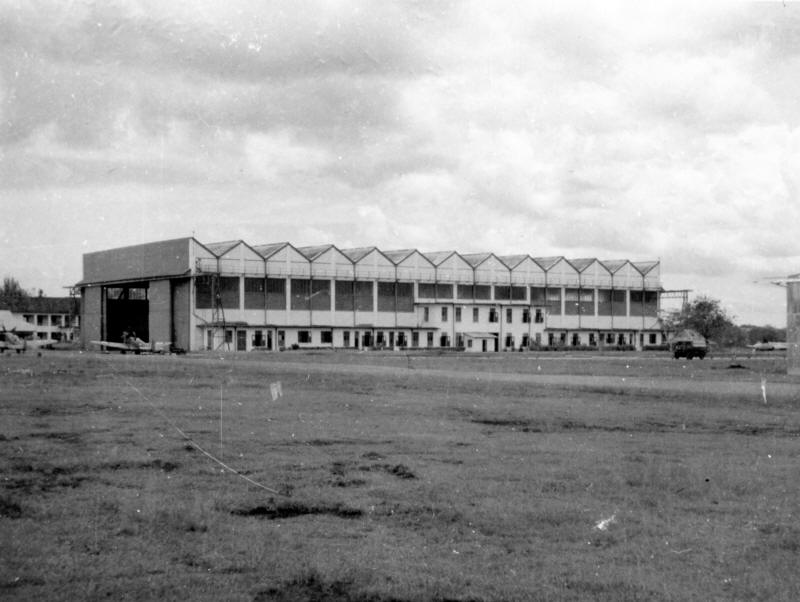 The airport’s old terminal had many small, single-storey buildings with sheltered walkways connecting each building too. Apart from combatting the heat of our tropical island, this also helped with easy travelling from one point to another in the airport.

While operating as a commercial airport, it saw some notable figures come through its doors – including the English comic actor Charlie Chaplin.

With the impending threat of war in the 1930s and 40s, the RAF started building up their forces. Come 1941, RAF Seletar would be the target of the first Japanese bombing in Singapore on 8th December, eventually falling to the hands of the Japanese. The airbase then came under the rule of the Imperial Japanese Navy Air Service and was renamed Seretar Hikojo, a direct translation of Seletar Air Base in Japanese, where training and transit took place from 1942 to 1945. 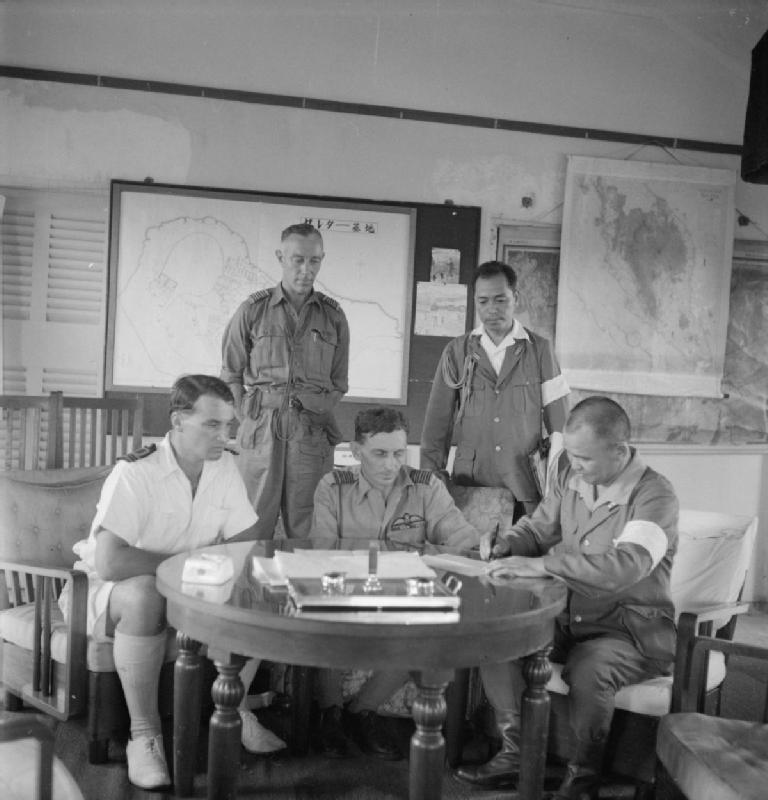 Formal takeover of the airbase from the Japanese on 8th September 1945
Image credit: Military Wiki

During the Japanese Occupation, RAF personnel were allegedly forced into working for the Japanese military. And as with all wartime stories, you can’t miss out the spooky ones.

There have been stories of a group of Australian nurses working at the army hospital located in the vicinity of the airport being drowned by the Japanese. Plus, a samurai sword was also reported to have been found buried in the campgrounds in 1950. 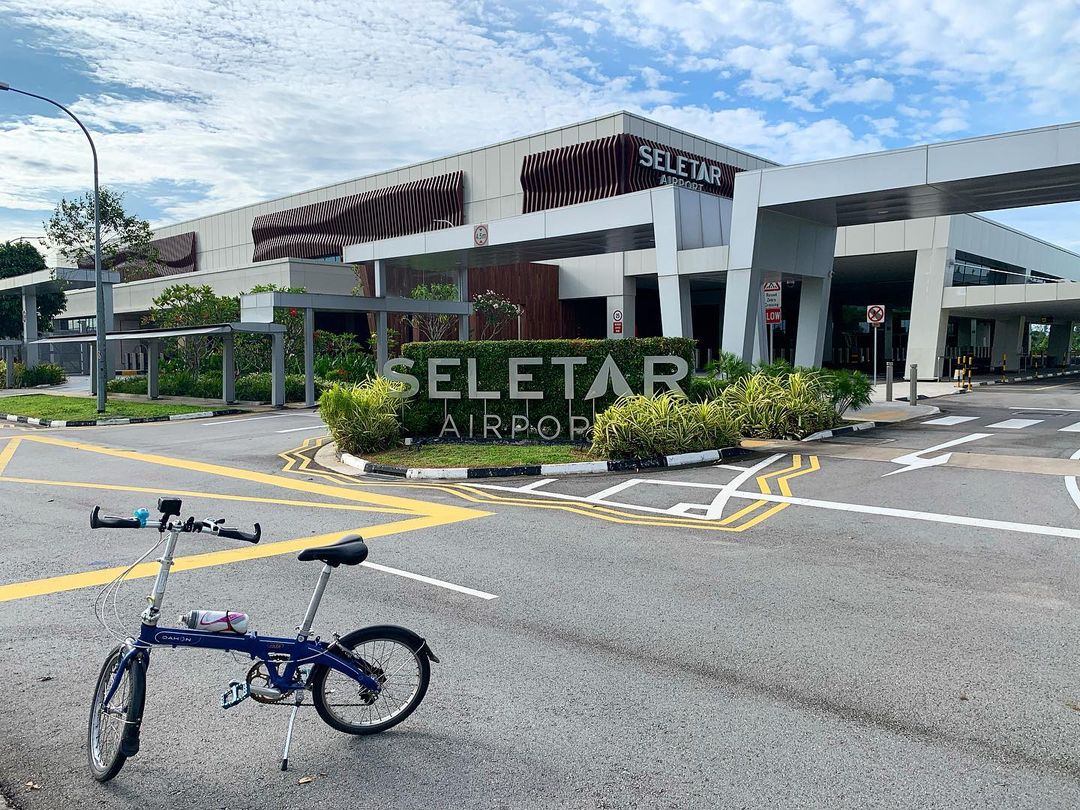 After World War II, RAF Seletar was handed back to the British, who continued to oversee its operations up till March 1971. And in 1973, the airfield was then entrusted to the Republic of Singapore Air Force (RSAF).

Now operating as a general aviation airport, Seletar Airport handles chartered flights, private aircraft operations and training flights for the Republic of Singapore Flying Club, Seletar Flying Club and the Singapore Youth Flying Club. However, it’s definitely smaller in size and capacity with only a single runway when compared to the more famous Changi Airport. 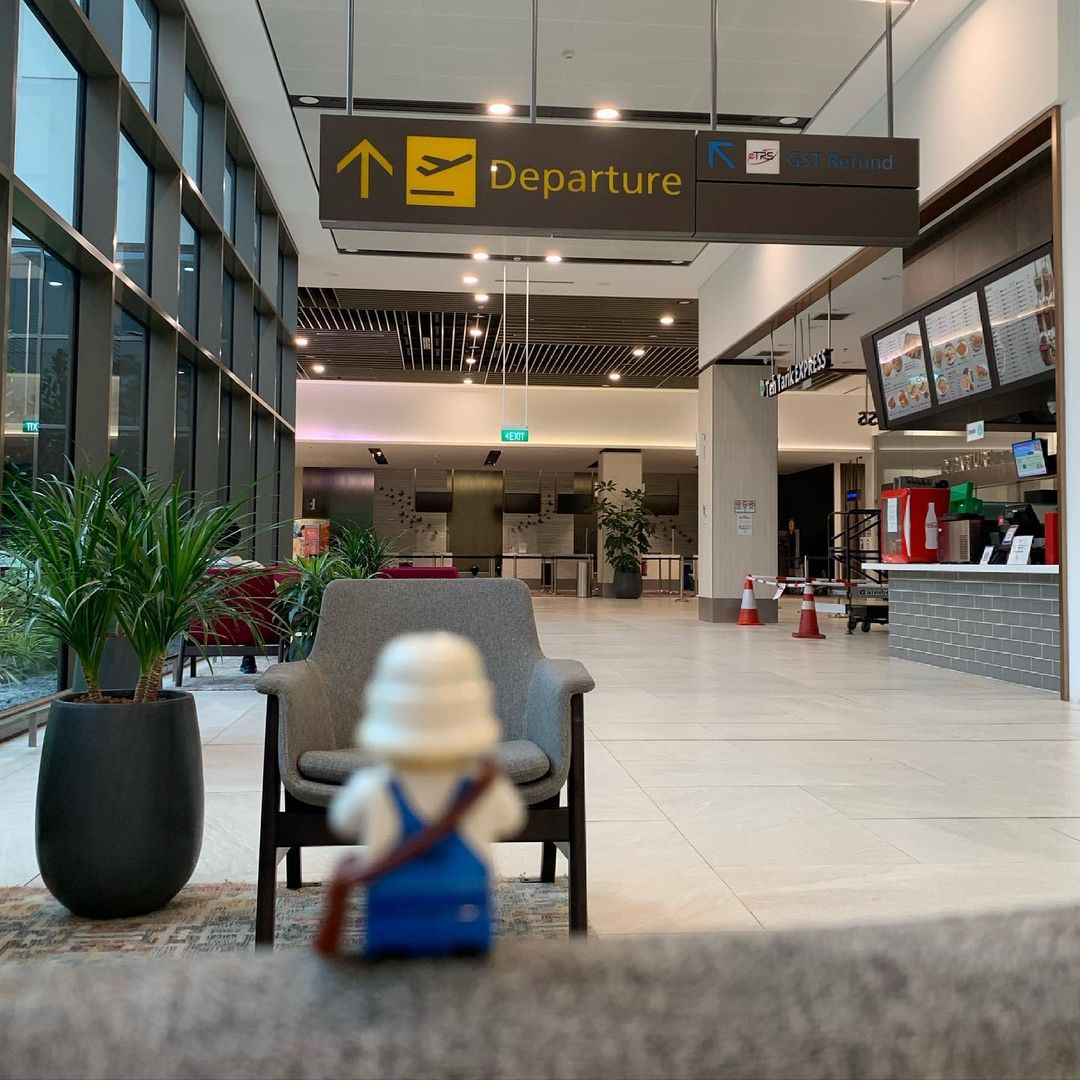 Having gone through renovations in 2018, the tiny airport has since been upgraded to become six times its original size which can accommodate up to 700,000 passengers a year. This is a whopping 26 times of what the original Seletar Airport received back in 2016.

If you’re planning on travelling through Seletar Airport, the only commercial flights departing and arriving into Seletar Airport are to and fro Subang in Kuala Lumpur, on the airline Firefly. If you’re looking to plane watch, it might be a lil tough to do so because of the frequency of the flights at Seletar Airport – plane spotting would purely be based on luck depending on when you’re heading down. 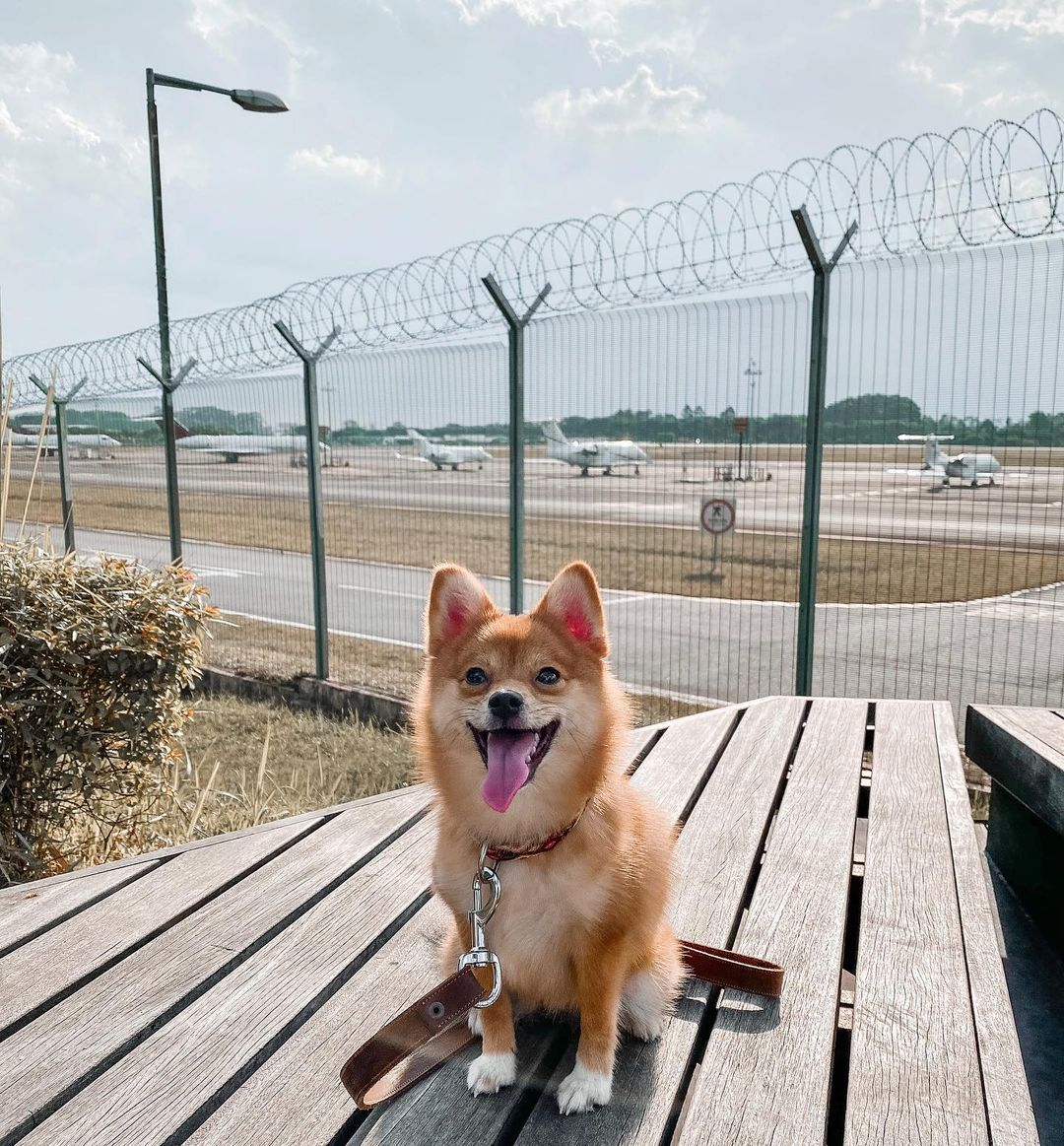 Bring a furry friend along for a stroll at Hyde Park Gate Garden
Image credit: @cashjtan

Head to the nearby Hyde Park Gate Garden at Seletar Aerospace Park, for a chance to watch the planes take off from the airport.

The area also has benches and grassy fields for you to set up a quiet picnic and have your eye on the parked jet planes and smaller commercial flights landing and departing. There’s even a boardwalk where you can walk alongside the planes – we’d recommend going in the evening for unblocked sunset views. 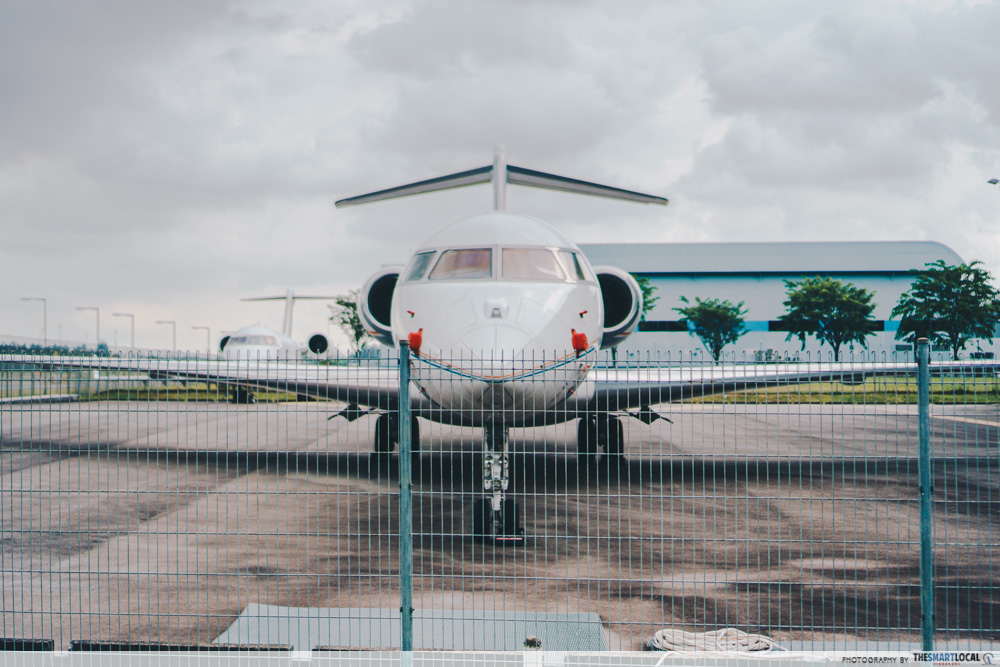 Seletar Airport is one place that has an unassumingly rich history, dating back to even before Changi Airport came into operation. Though it operates on a smaller scale, it still makes for an interesting lesser-known location to visit in Singapore. 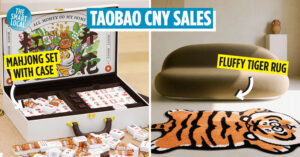 5 Affordable Tiger-Themed CNY Items To Get On Taobao For A Roarsome 2022 Ahead
8 Companies In SG With Mental Health Benefits That Show Work-Life Balance Isn't Just An... 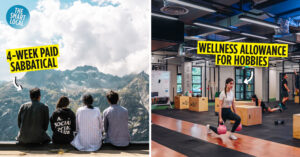