Clean and green Singapore may not be the first place you’d think of for having a flea market dedicated to stolen goods.

But for about 80 years, Sungei Road was a rent-free haven for vendors looking to sell second-hand articles for profit. It was also where many cash-strapped locals and foreign domestic workers went for discounted electronics, although whether the appliances worked or not wasn’t a guarantee.

Other places from Colonial Singapore:

Thieves’ Market got its start in the 1930s as a place for people to pick up supplies from British military bases in Singapore. Things like uniforms, badges, and boots could be found here. These were usually stolen goods, hence the name of the market. 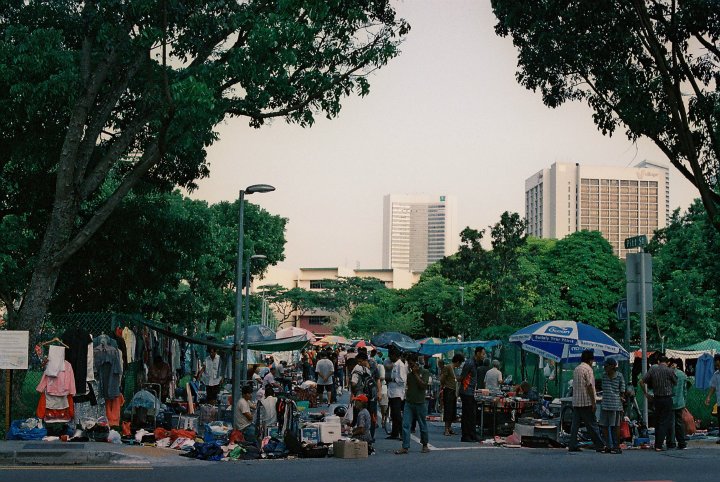 The market survived through World War II, where it was a black market for essential sundries. This continued even after the war since supplies were scarce. 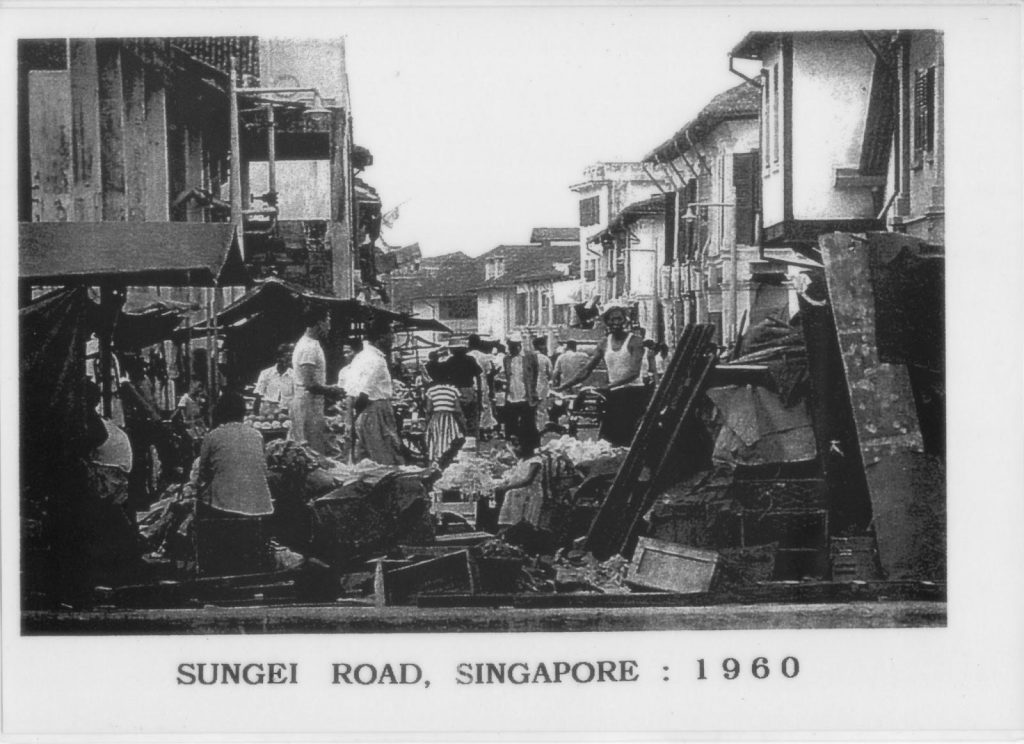 Other than military supplies, peddlers also started selling household items, likely also stolen from warehouses, factories and innocent households. Legend stated that if you’d been burgled, chances were, you could head down to Thieves’ Market to reunite with your stolen items. 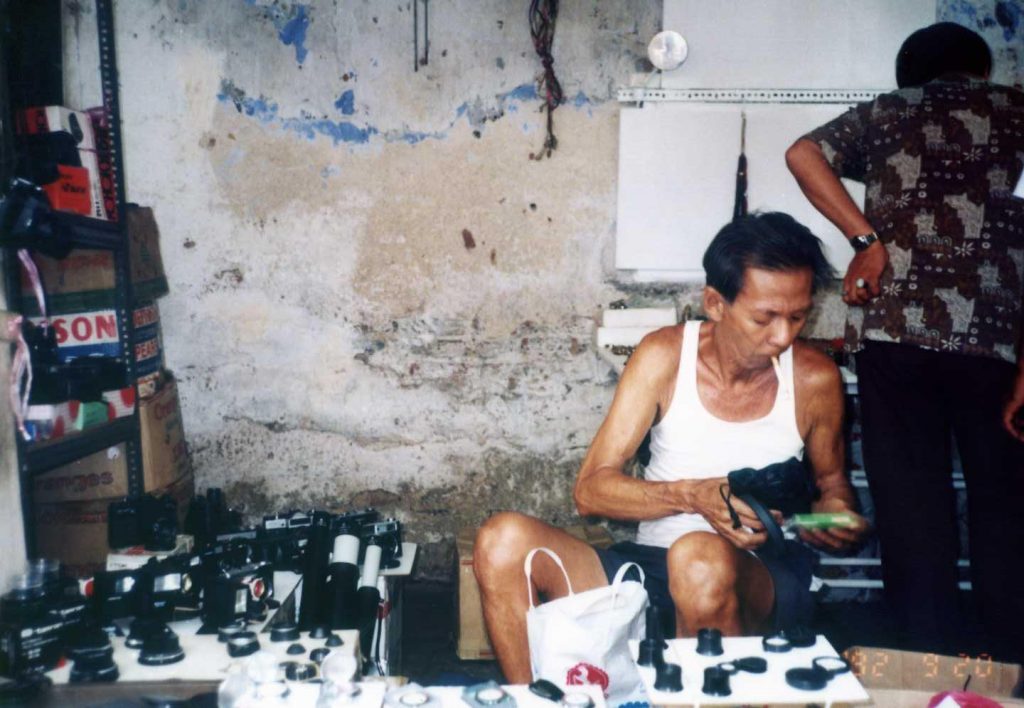 The market was also known as Robinson Petang (Evening Robinson), a reference to Robinsons Department Store, one of the largest shopping centres at the time. Just like Robinsons, you could find all sorts of things for sale here, from clothes to electronics and even fossilised elephant sperm.

Although Sungei Road Thieves’ Market had quite an unsavoury reputation, there are success stories of millionaires who had their humble beginnings here.

Karang guni (rag-and-bone man) Poon Buck Seng is the epitome of hustling hard. Starting out with just $50  when he first opened shop at Thieves’ Market, Poon would buy junk from households and resell them at the market.

Unfortunately, his export business failed around the 2000s, and the last anyone has heard is that Poon is back to being a karang guni.

Not all success stories end up like Poon, of course. One person who had his start at Thieves’ Market and has grown his own empire is Pang Lim. While the name may not be immediately familiar, you’ll definitely know of his brand, Koufu, a food court franchise found across Singapore. 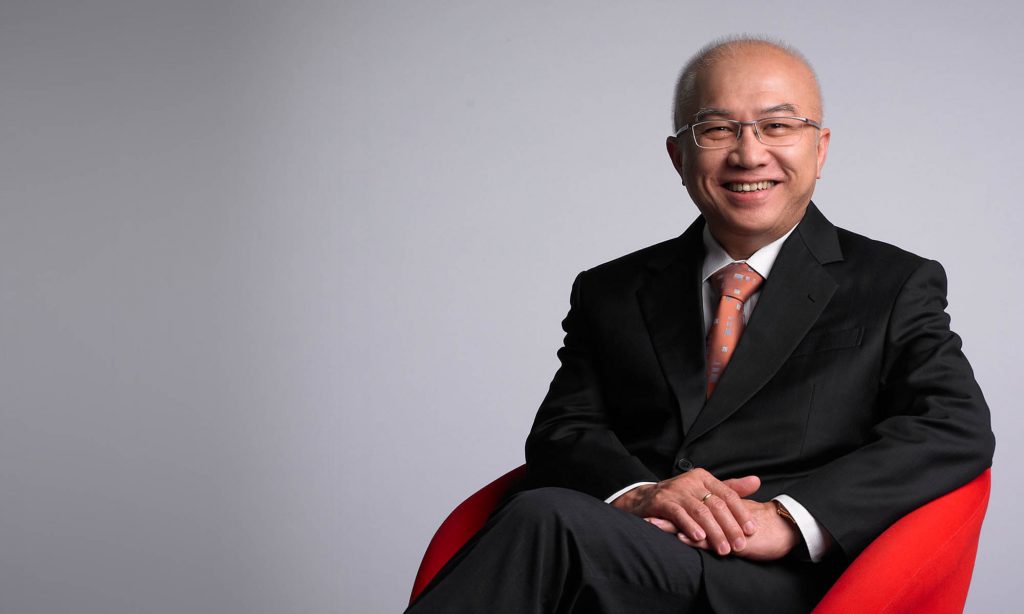 Pang used to be an illegal fruit seller at the market in the 1970s, before he made enough to rent a coffee shop with his family. 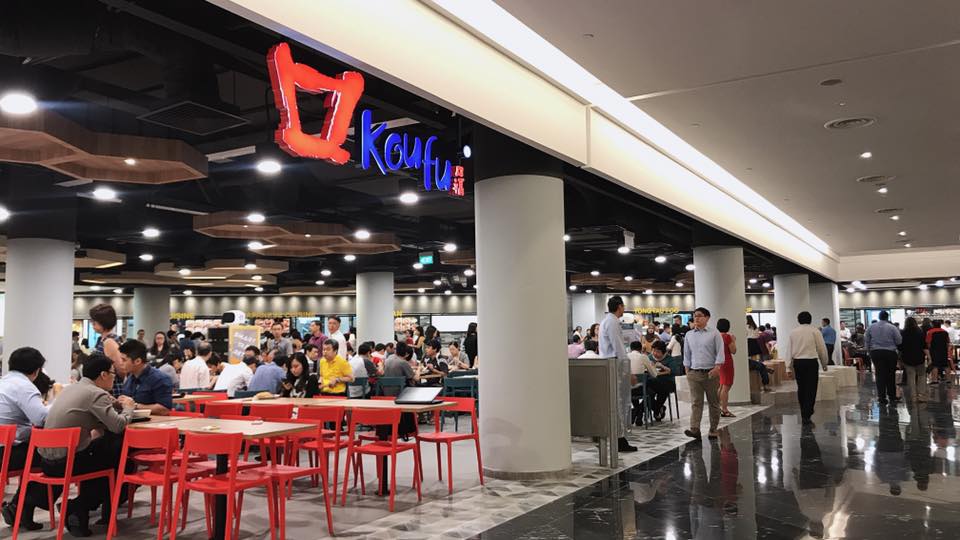 They made enough money through renting out some stalls, and Pang expanded the business into more coffee shops and food courts, eventually growing Koufu into a household name.

The popularity of Thieves’ Market waned through the years, although it remained a popular haunt for bargain hunters.

In 2011, the market’s size was cut in half due to the construction of new MRT stations along the Downtown Line. One station was to be named Sungei Road MRT, but is now known as Jalan Besar MRT. 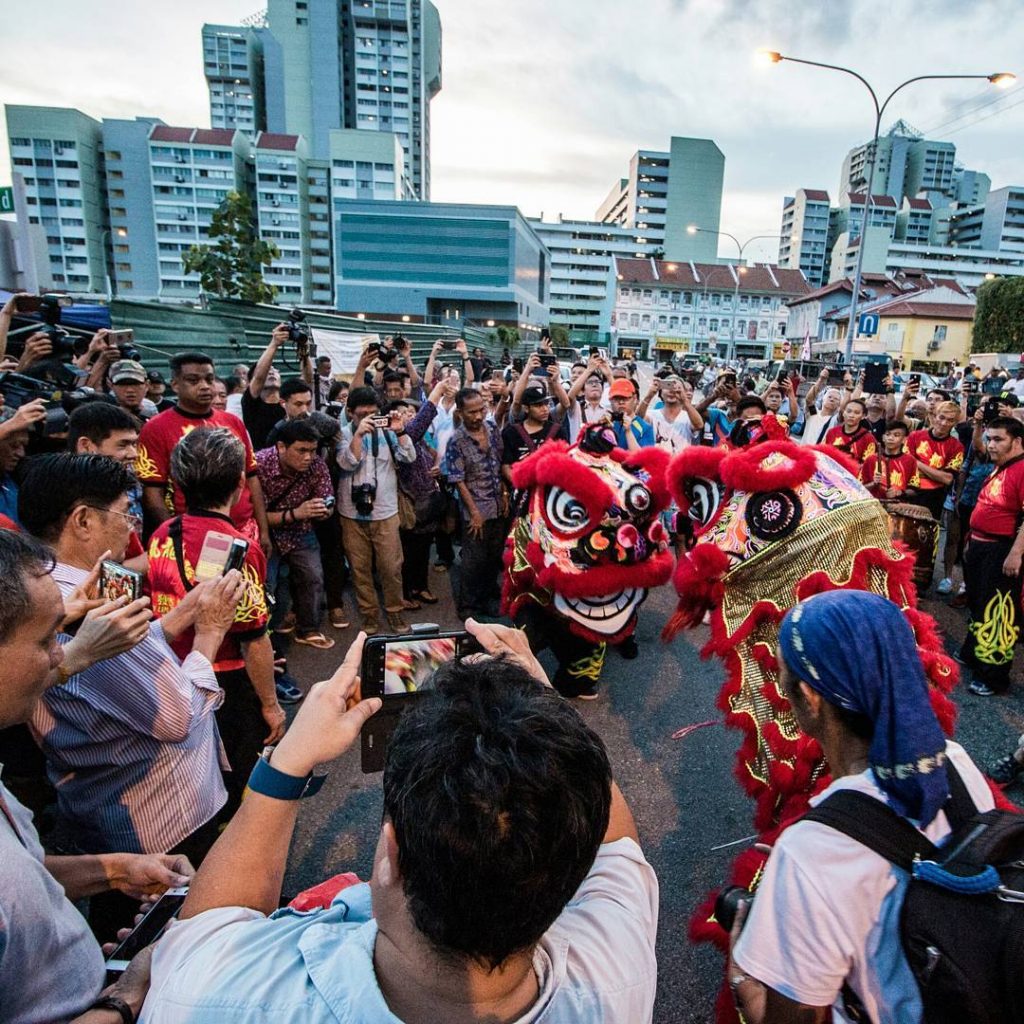 Thieves’ Market fully closed on 10th July 2017, and the land and surrounding area have been demarcated for further redevelopment work.

Supporting old vendors from the market

The physical grounds of Thieves’ Market may be barricaded from flea market use, but that doesn’t mean its vendors have given up selling secondhand goods.

While there were no plans to relocate the vendors at Thieves’ Market to sell their wares elsewhere, many of them have moved into proper shops, and these places are a great source for vintage items and antiques. Moreover, you can do your part for the environment when supporting these vendors, as buying second-hand items encourages sustainability through reducing new waste. 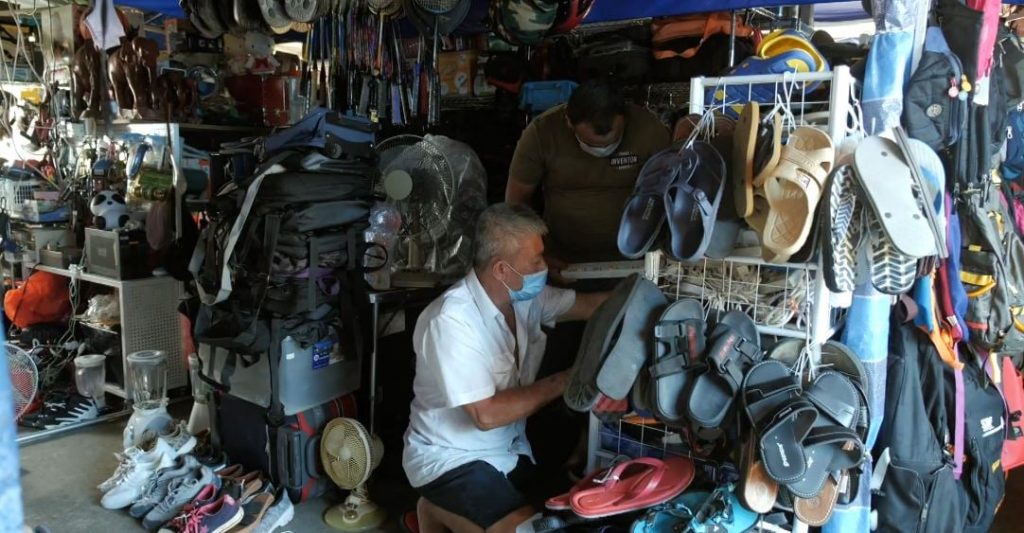 On weekends, you’ll be able to find familiar Thieves’ Market vendors at Sungei Road Heritage Flea Market by Market Gaia Guni. The selection of things for sale is quite similar, and you’ll find all sorts of goods from crockery to suitcases at this pop-up flea market at Woodlands Recreation Centre.

One other place to check out is Sungei Road Green Hub, which was started by The Saturday Movement charity in a bid to provide a place for the ageing vendors to continue making money.

The two shop units at Kelantan Road are open daily and are home to wares collected from about 20 vendors from Thieves’ Market.

For a taste of what used to take place at Thieves’ Market, just pop by Sungei Road Laksa. A name synonymous with the market, the laksa hawker has been around since the 1950s. 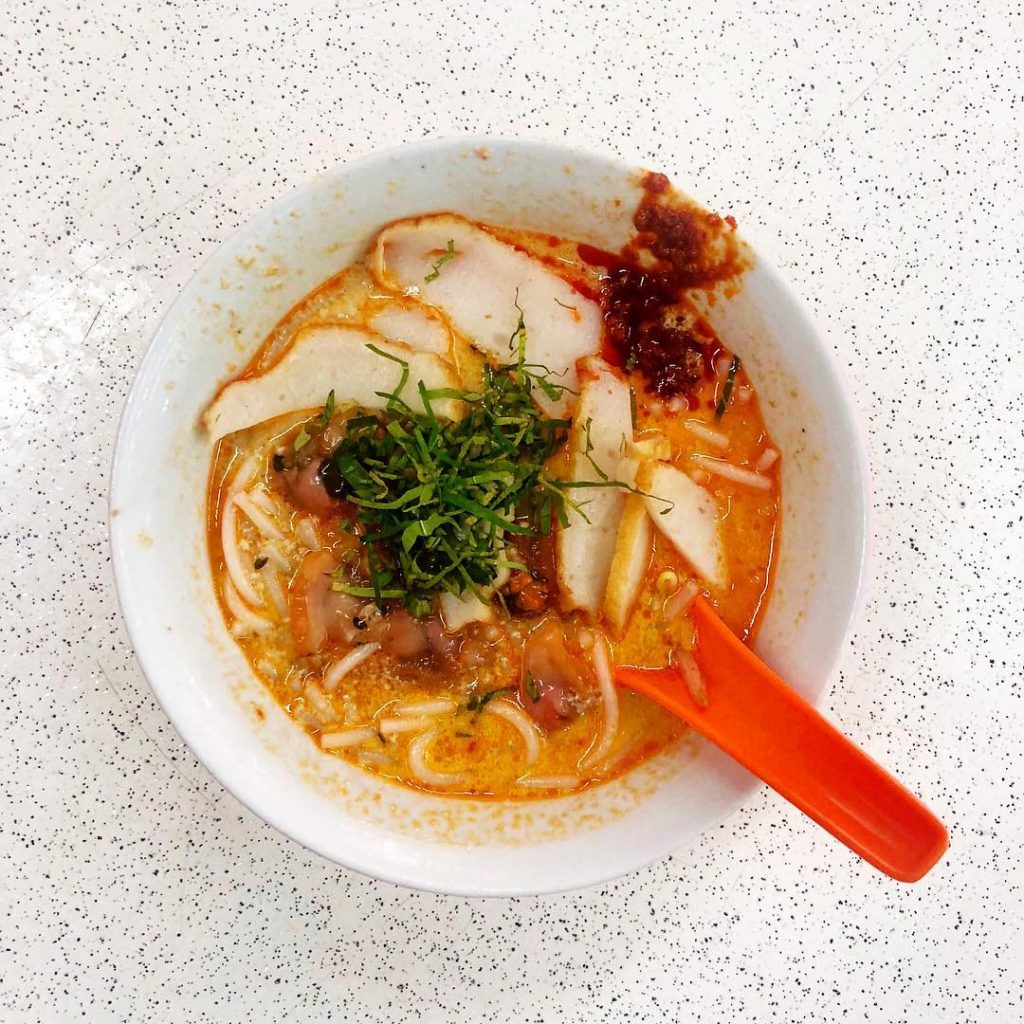 Today, you can still have a bite of its charcoal-fired laksa broth with cockles at its stall in Jalan Berseh, just minutes away from its original location.

Sungei Road Thieves’ Market might be long gone but the memories still live on if you’re willing to look for it. And we’re not just talking about visiting the places where vendors have ended up.

Second-hand goods have stories and history to them, and places like Sungei Road Thieves’ Market have enabled these stories to be passed down to new owners. You don’t have to search for flea markets either – thrift stores are also a great way to find second-hand items. With the earth getting more polluted because of quick consumerism, giving pre-loved clothes and appliances a second chance at life is a small way to practice sustainability. 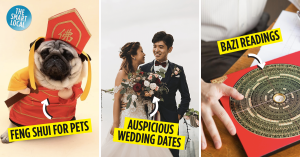 9 Best Online Feng Shui Masters If You Need Lucky Wedding Dates Or Reno Advice
7 Innovative Home Appliances Worth Investing In To Up Your Quality Of Life Now That... 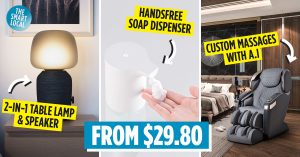