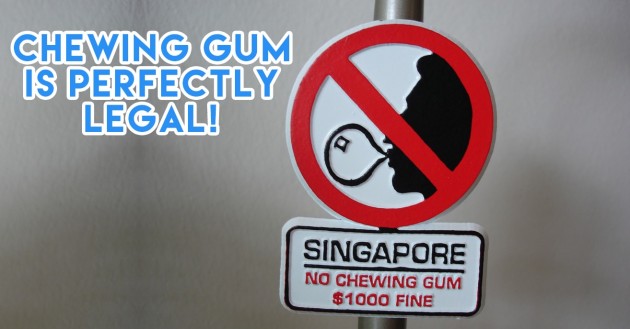 While Singapore’s land area takes up just 719.1 square kilometers, the gossip and rumours about this country have spread far and wide. From illegal chewing gum, to people getting their limbs chopped off for the smallest of crimes, there have been some pretty ridiculous things said about Singapore. However, having moved here for almost 2 months now, I can assure you that these things are just that – rumours!

Growing up in England and travelling to various countries such as the USA, Hong Kong and Switzerland, I’ve heard some pretty funny things that people across the world think of Singapore. Here are top 11 rumours about Singapore that have been circulating around the globe… and they couldn’t be further from the truth.

1. Singapore isn’t just one island – it’s made of 64 separate islands! 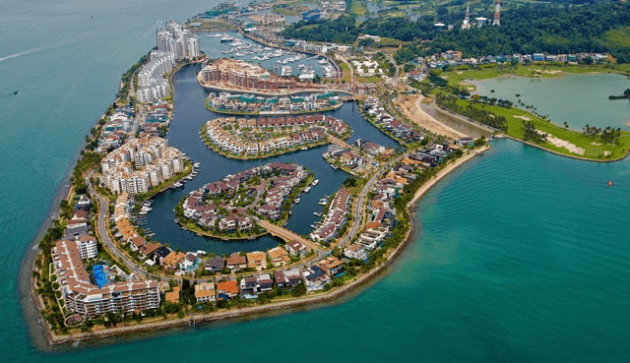 Singapore is referred to as a city, an island, a country, and a city-state too. Confusing, right? Most of this is true as Singapore can be referred as all four, but Singapore actually consists of a 64 islands as opposed to just the 1 island. While some are left for military training, a select few are open to visitors!

When I heard this, I was thrilled. Many people have heard of bar-hopping, even club-hopping… but island hopping? Lazarus Island is pretty famous for its almost deserted beach, and Coney Island is one for nature lovers. Singapore’s small proximity means that you’ll be able to travel across these islands as a little holiday without breaking the bank.

2. Some Singaporeans speak better English than some Brits I had a British friend who complimented her Singaporean friend on his fluent English. When he tried to explain that it was his first language, she was very confused. “But you have an accent, and aren’t you from Singapore?”

Actually, Singapore has four official languages: Malay, Tamil, Mandarin and English. The most common language here is English, so it’s great for English-speaking foreigners to come and visit.

So be careful the next time you compliment a Singaporean on their ‘great English’ or say ‘I wish I could speak a second language as fluent as you do,’ chances are, they’re gonna take it the wrong way. 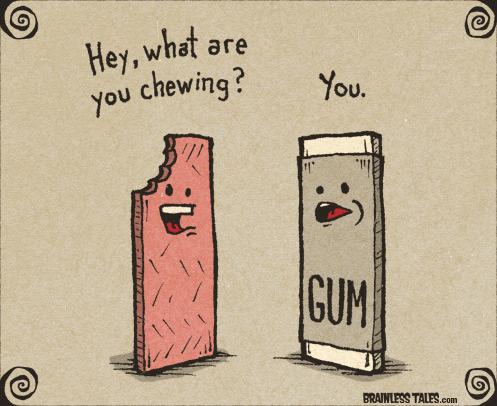 Illegal chewing gum is probably one of the most well-known things about Singapore, and it just isn’t true! You can buy gum from any old pharmacy store in Singapore, and surprise: you can chew it to your heart’s content too.

There is a catch though. Importing large quantities of chewing gum into Singapore is illegal, except for dental and nicotine gum. Despite being technically legal, Singaporeans have nonetheless learnt to get by without gum.

4. A Singaporean can be Chinese, Indian, Malay, and many more! The key to working this one out is figuring the difference between nationality and ethnicity!

5. Singapore is a CLEANED City 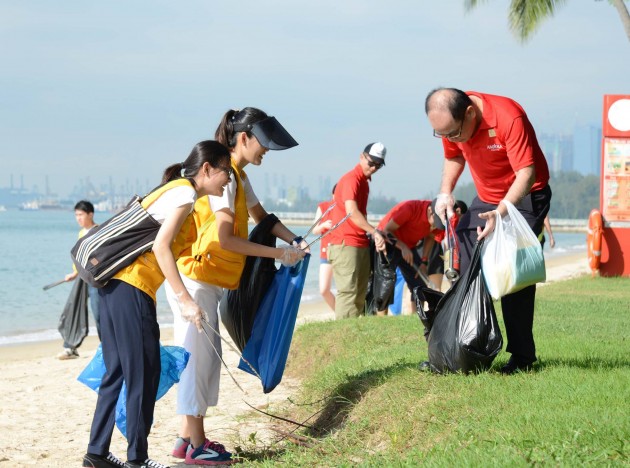 The locals will happily take credit that they were just brought up to be spotless, but let’s not make sweeping generalisations. Singapore isn’t this clean just because everybody’s immaculate.

Basically, the government hires a lot of cleaners, and regular beach and nature reserve cleanup efforts occur almost every weekend. As opposed to there being a lot of trashless people, Singapore is just thoroughly cleaned. Even though fines are enforced for littering, things like this still happen. However, the looming possibility of a fine largely reduces the chances of these small crimes happening, leading to a more well kept, and cleaner environment. Hooray! It’s a bit confusing that Singapore is nicknamed after an animal it doesn’t have, but it’s quite simple really.

According to an ancient story, a Prince was searching for a new capital for his empire. He was caught in a storm, and landed on an island. He then saw what he thought was a lion, and decided to rename this island to ‘Singapura’ which comes from Malay. ‘Singa’ means lion, and ‘pura’ means city. And there you have it – ‘Lion-City’ was born… without any actual lions. 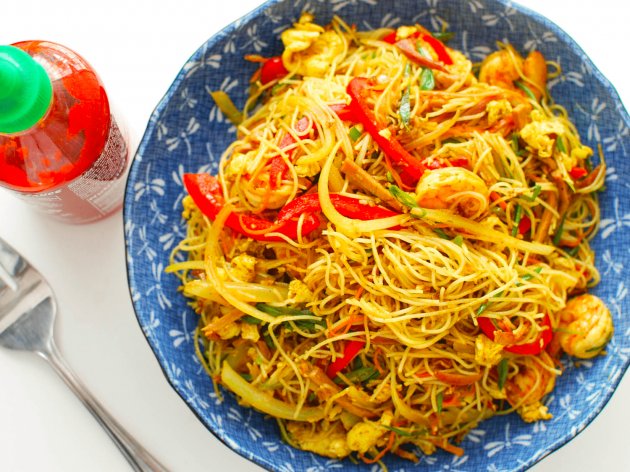 In many restaurants all over the world, including the UK, you’ll find ‘Singapore Noodles’ on the menu. Funnily enough, locals won’t have a clue what you’re referring to when you ask them about this “authentic” dish.

The thing is, Singapore noodles didn’t originate from Singapore. A cook from Hong Kong actually named his curry-powdered vermicelli after this island to give it an exotic twist. The closest thing you can find in Singapore would be ‘Sin Chew Bee Hoon.’ However, it doesn’t have that curry kick to it that “Singapore noodles” offers, which many of us love.

8. Not everybody worships Lee Kuan Yew

The first time I heard of Lee Kuan Yew was when I walked into a fellow student’s room in my uni halls and saw an incredibly large poster of an elderly man above his bed. I thought it was a bit insane.

Since I have arrived in Singapore, I have met some locals who have questioned his leadership and deemed him as a dictatorial ruler due to his strict ruling. There have been some pretty infamous figures too *cough* Amos Yee *cough* that have spoken up against him.

But from what I’ve obviously seen, and heard, a lot of locals do respect him and his loyalty towards Singapore. When I heard that you could get fined for jay-walking and other small “crimes”, I was pretty shocked. I jay-walk all the time – who has the patience to walk an extra five minutes just to wait even longer at the pedestrian crossing? Madness.

Upon arriving however, I was pretty surprised to see locals casually walking across small roads when they’re not meant to. Of course, people aren’t gonna deliberately stroll across major roads or see a patrolling policeman, so just obey the law when you see one. Just make sure to jaywalk only when roads are clear enough, or you’ll be a danger to more than yourself. The policemen are pretty rare to come by, anyway – I’ve only seen one in my few months of being here.

10. Homosexuality is slowly being accepted

As Singapore’s policy doesn’t recognise same-sex relationships, this can be shocking for people from Western countries. However, Singapore is a largely conservative country – even with pro-LGBT Pink Dot garnering increasingly large turnouts year on year.

Even more liberal countries such as the UK only legalised gay marriage just over two years ago – which means full acceptance of gay people in Singapore will take a while to be implemented. Nonetheless, newer generations are generally open-minded towards LGBT relationships and hopefully this ideology will be reflected in Singapore’s policy one day.

11. Singlish is recognised in the Oxford Dictionary 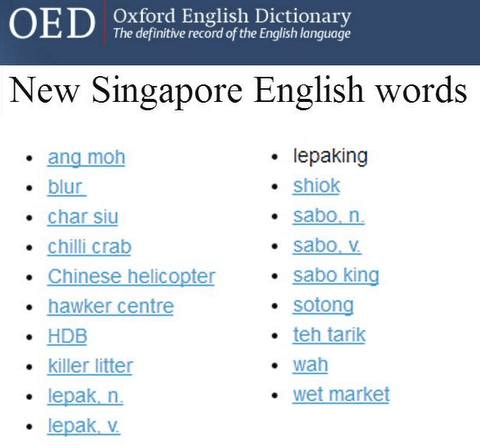 It’s a complete myth that Singlish is just broken English. Singlish has it’s own distinct grammatical structure, lexis and tonal system as an English-based creole language. In fact, Singlish terms have been recognised in the Oxford English Dictionary too!

Singlish instantly builds rapport between individuals, allowing them to connect. As well as being efficient, snappy, and expressive, Singlish will only keep growing, adding a colourful pop to the dialects of the world. Here’s a a few examples of Singlish phrases you should know.

While some rumours about Singapore may be true, these certainly aren’t! Although you may be disappointed to hear that Singapore Noodles aren’t really a thing, you’ll be happy to know you can chew your chewing gum, and speak Singlish proudly knowing its recognised in the Oxford English Dictionary.

Now that we’ve told you about these pesky misconceptions about Singapore, it’s up to you to share the word! Although small in size, Singapore’s name plays a large role on the global stage: and it’s up to the residents of Singapore to help spread the word! 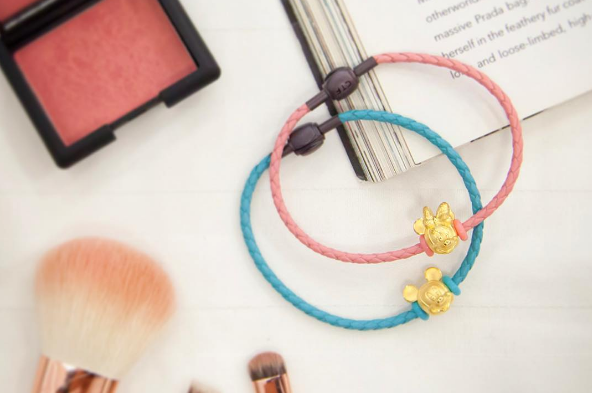