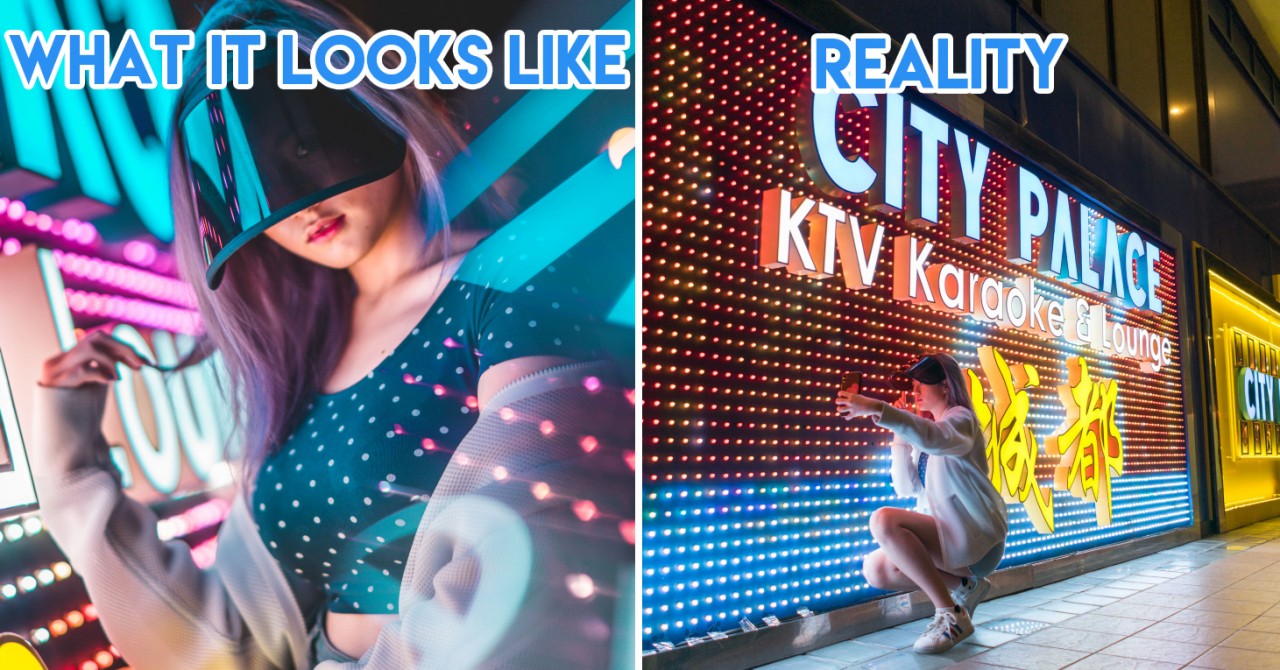 When we think of neon lights, carnivals like Flashbang and Glowbeat come to mind. While such displays are cool, they’re hard to come by as they’re usually pop-ups. Instead of waiting for the next hipster market to come round, here are 9 unexpected places to have a neon light photoshoot to get killer photos. 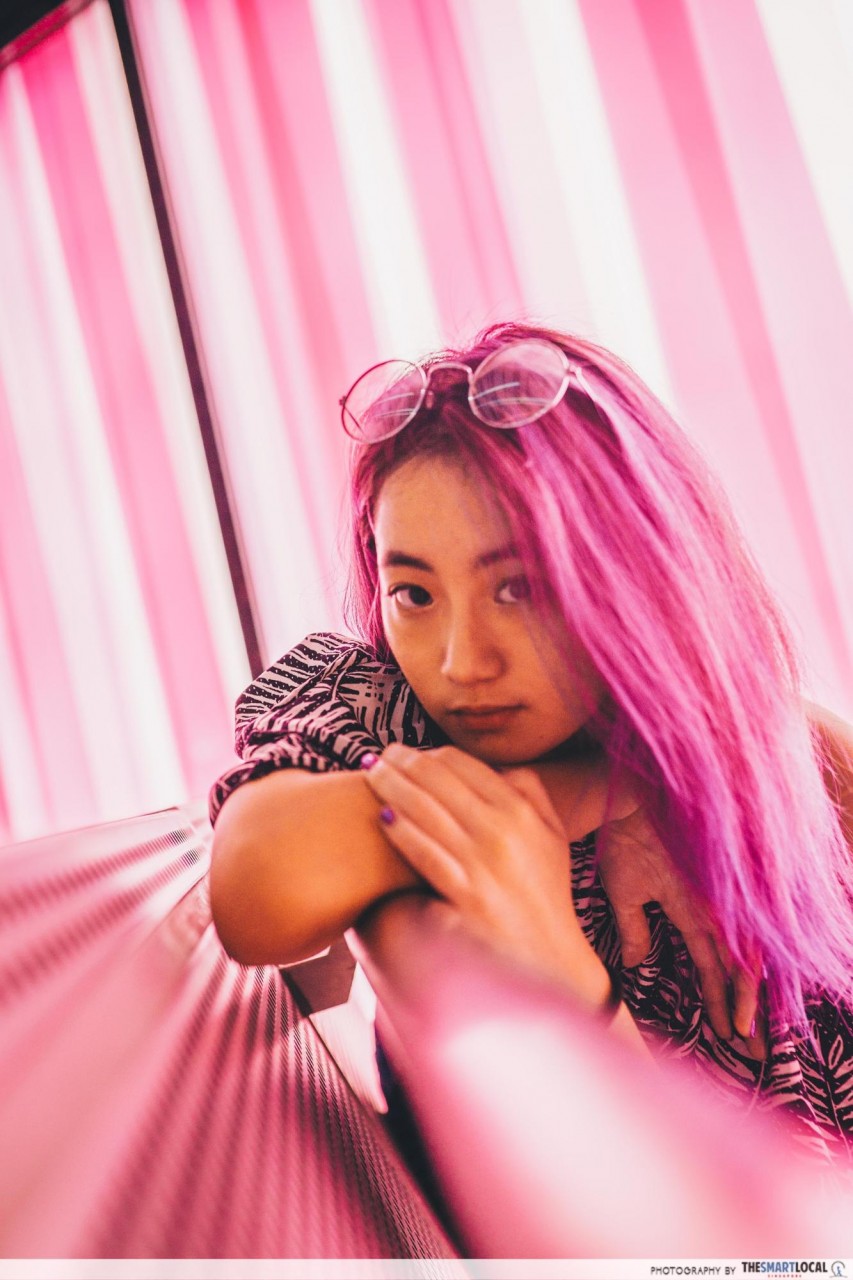 We may not have Stylenanda in Singapore to bless us with that millennial pink, but we do have a double storey Victoria’s Secret outlet with bright pink illuminated panels.

Tip: Using the lit-up wall as the backdrop might work better than positioning your face right in front of the light source because other than tinting your skin pink, there won’t be much to the shot. 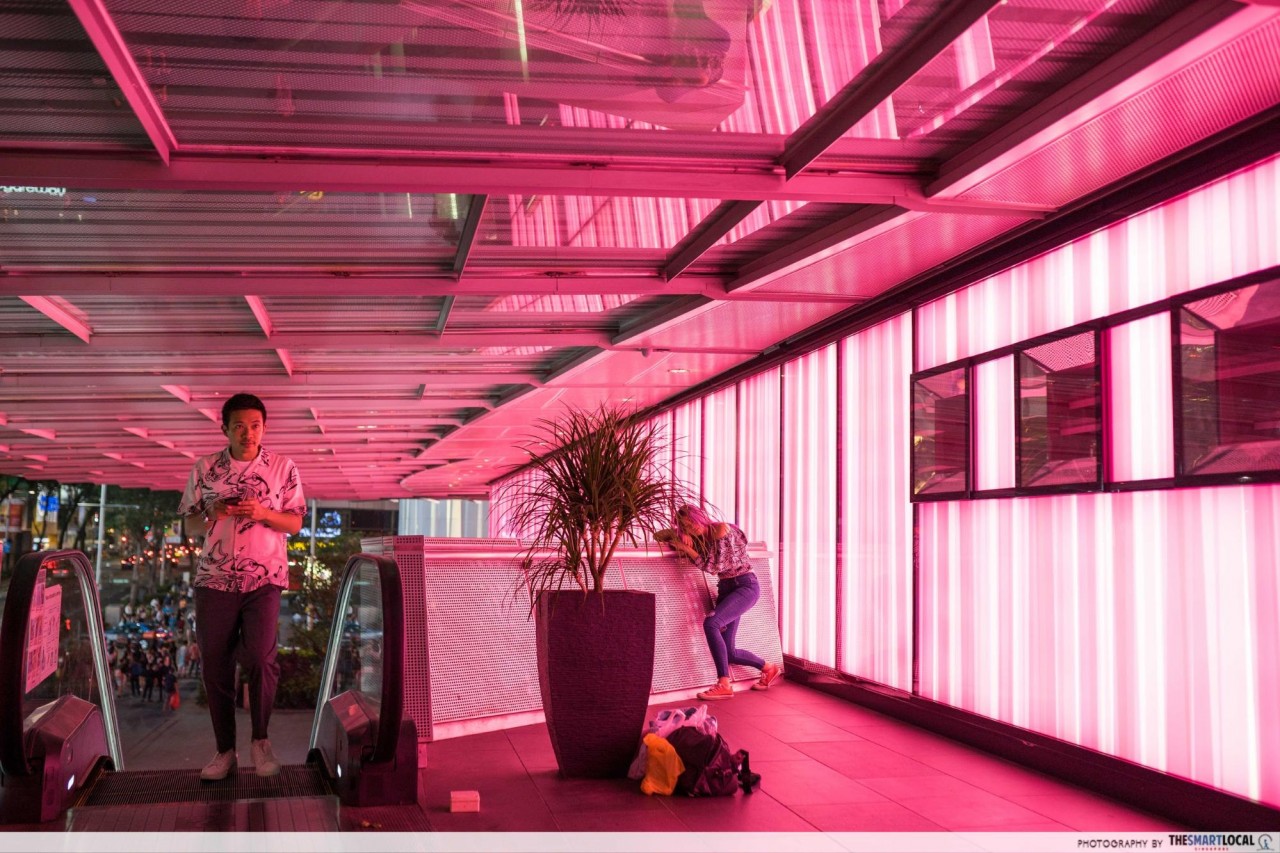 Sure, the shoot was fun and the pictures turned out great, but half-squatting while sweating from the heat of the light display, combined with the lack of night wind in Singapore – not cute. 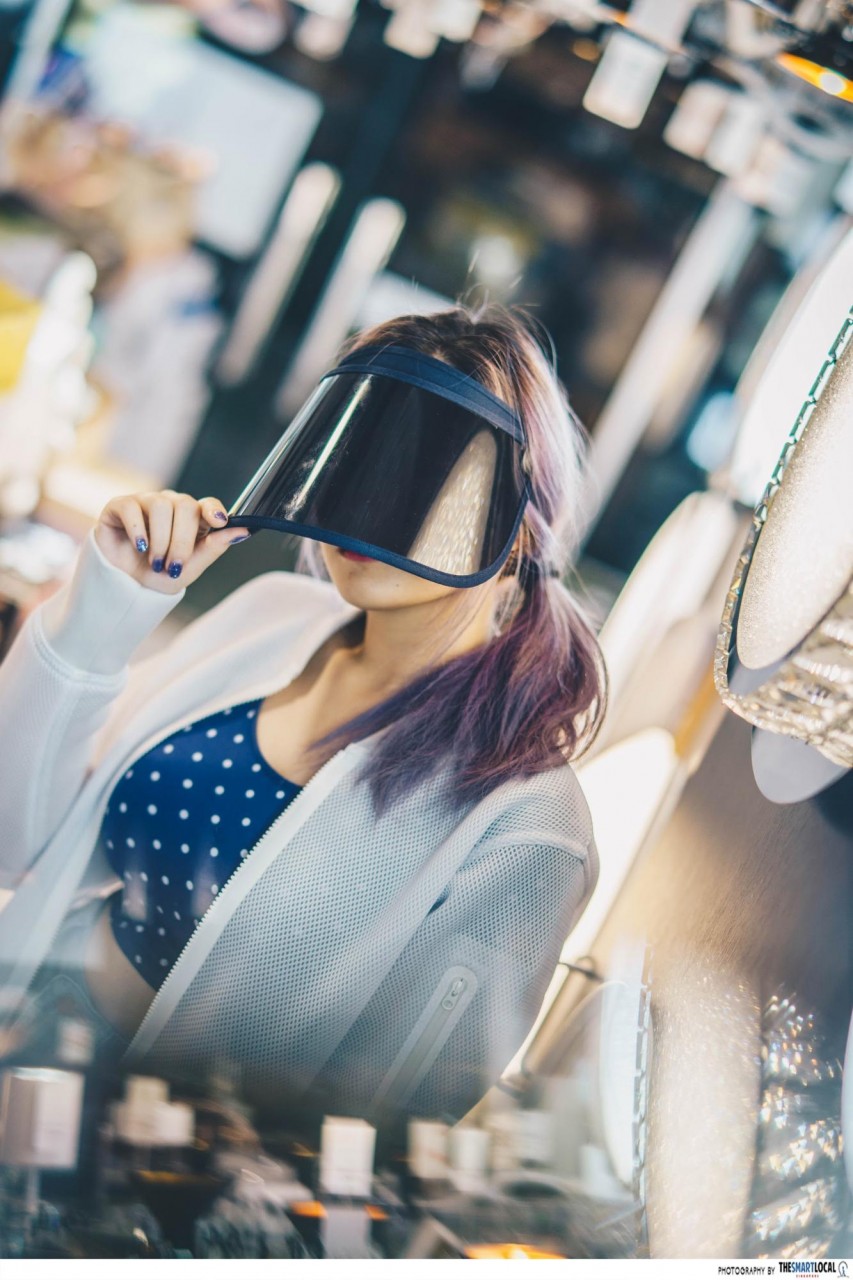 Motion blur combined with bokeh automatically adds a sick border to the photo – no need to turn to photo editing apps.

Tip: Angle your lens close to the lights and use your phone to create the reflection surrounding the shot. 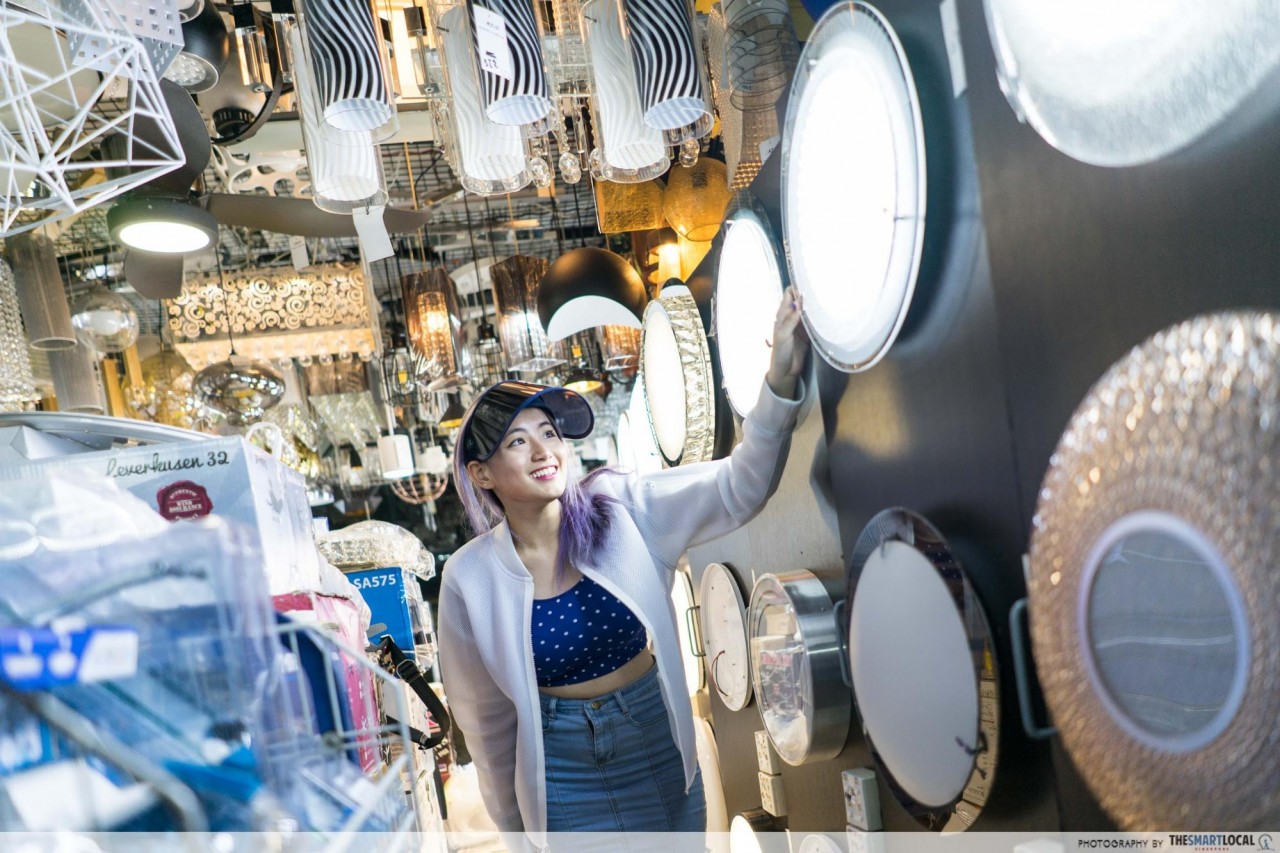 You’ll definitely confuse the shop owner, but the results will be worth it. Of course, be sure to ask for permission to shoot first! 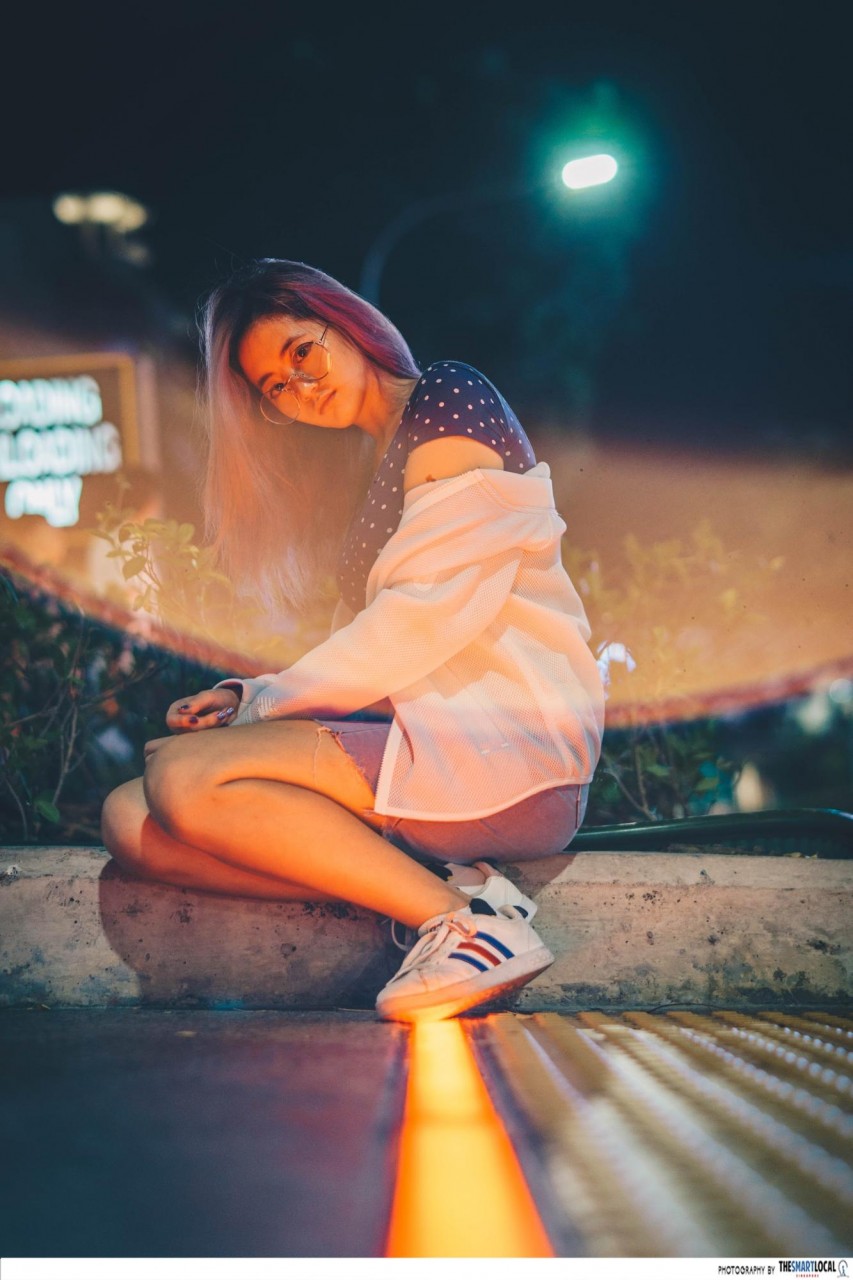 Nevermind that the light source is on the floor, sometimes, the best shots happen where you least expect. We used the same mirror trick to create a crescent-shaped lens flare for that “basking in the moonlight” vibe. 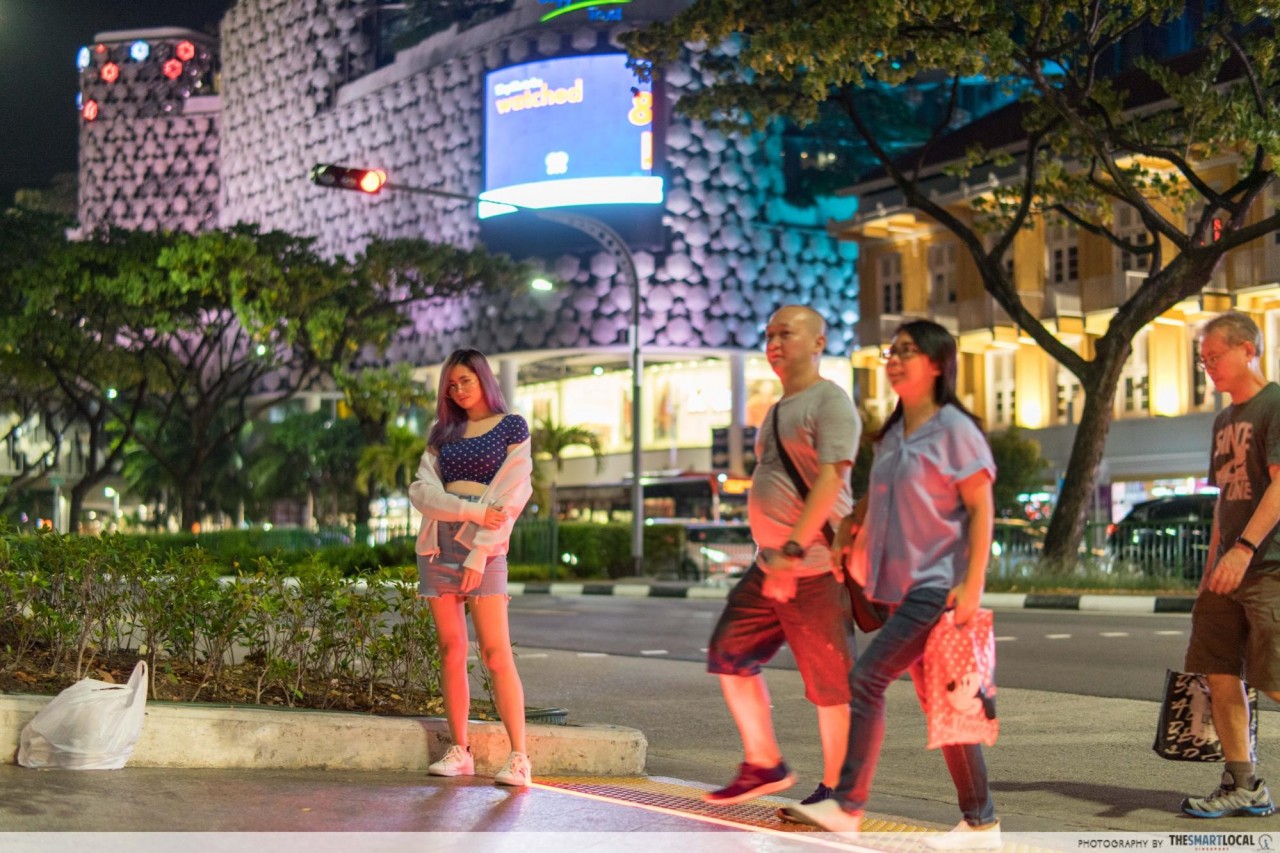 What it really is: Much wait, many patience.

4. Lights along the escalator at Mandarin Gallery 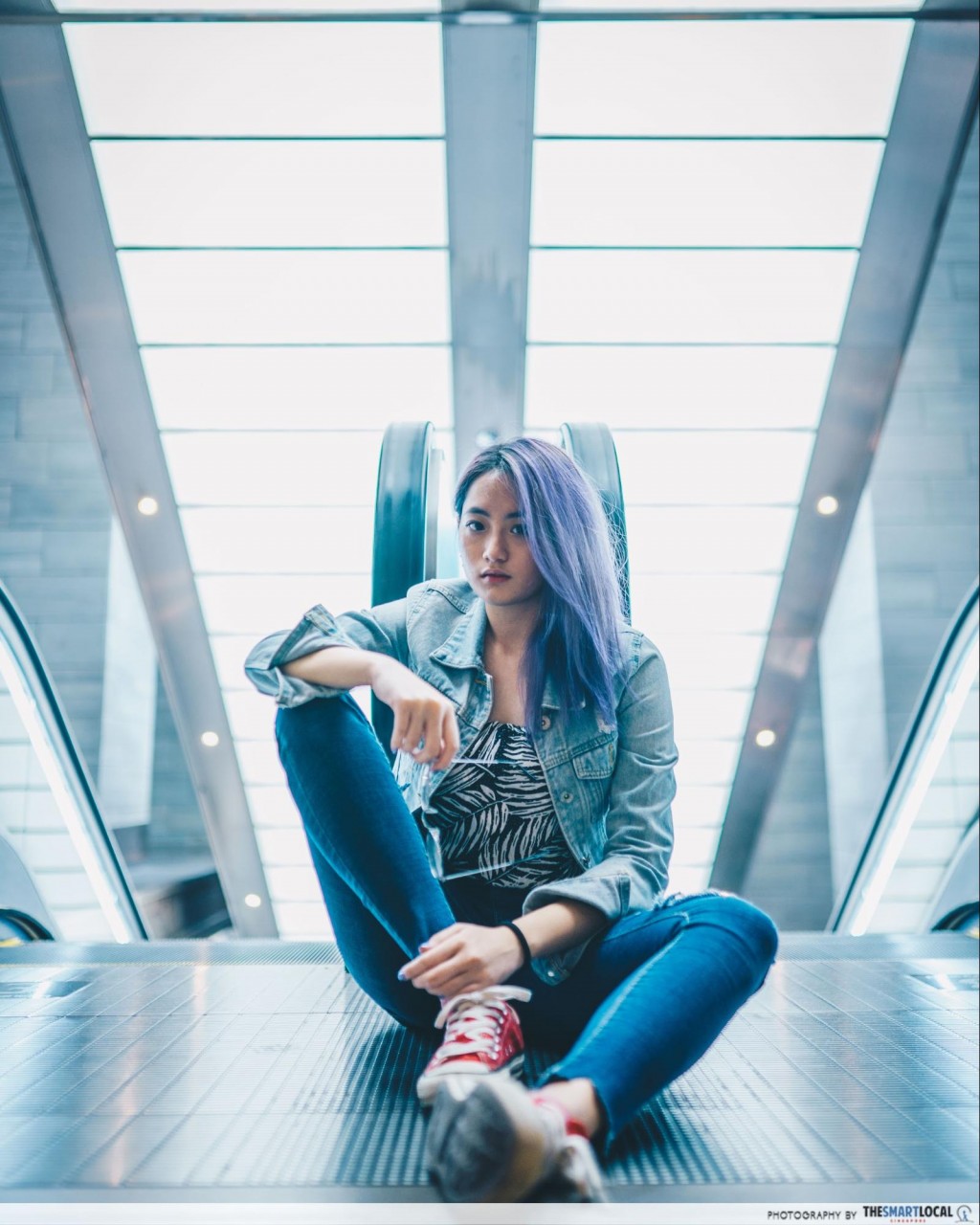 For portrait shots, leading lines and symmetry can help direct the audience to the subject of the photo. Having a bright backdrop also gives the photo a rather ethereal feel to it, especially when the light is slightly overexposed and diffused. Wearing flowy white clothes will help add to that angelic and otherworldly vibe. 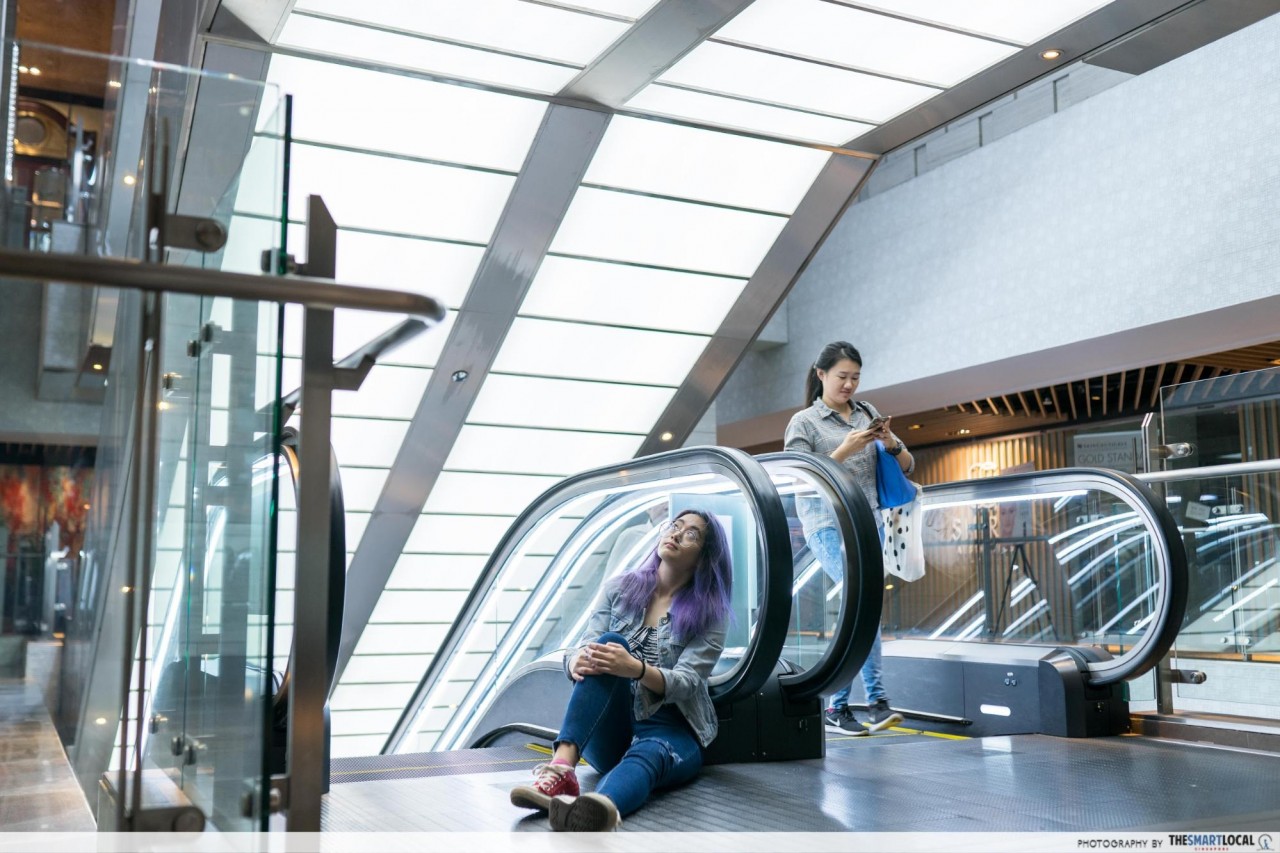 Try to ignore all the awkward glances as you fumble to find the right angle while sitting on the floor in front of the escalator because, trust us, people will stare. Also, be prepared to scramble out of the way multiple times to let human traffic pass. 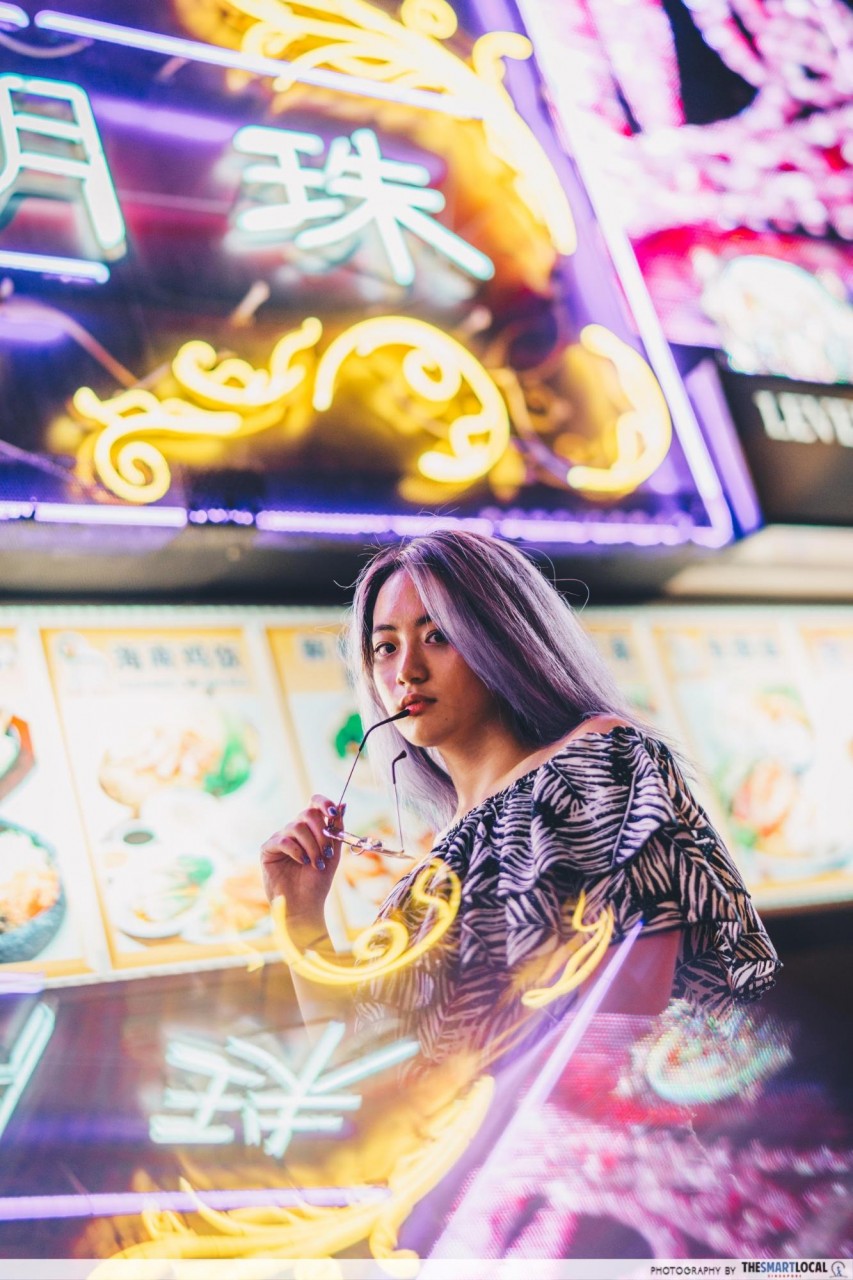 Apart from skyrise buildings, bright lights are characteristic of a bustling city – and boy do we like that aesthetic. We may not be able to compete with NYC or Tokyo, but the Mandarin characters in the background could let us pass this off as a busy street in Hong Kong or Shanghai.

Tips: Use your phone as a mirror to create that epic reflectiongram and to conveniently hide the rest of the surroundings. 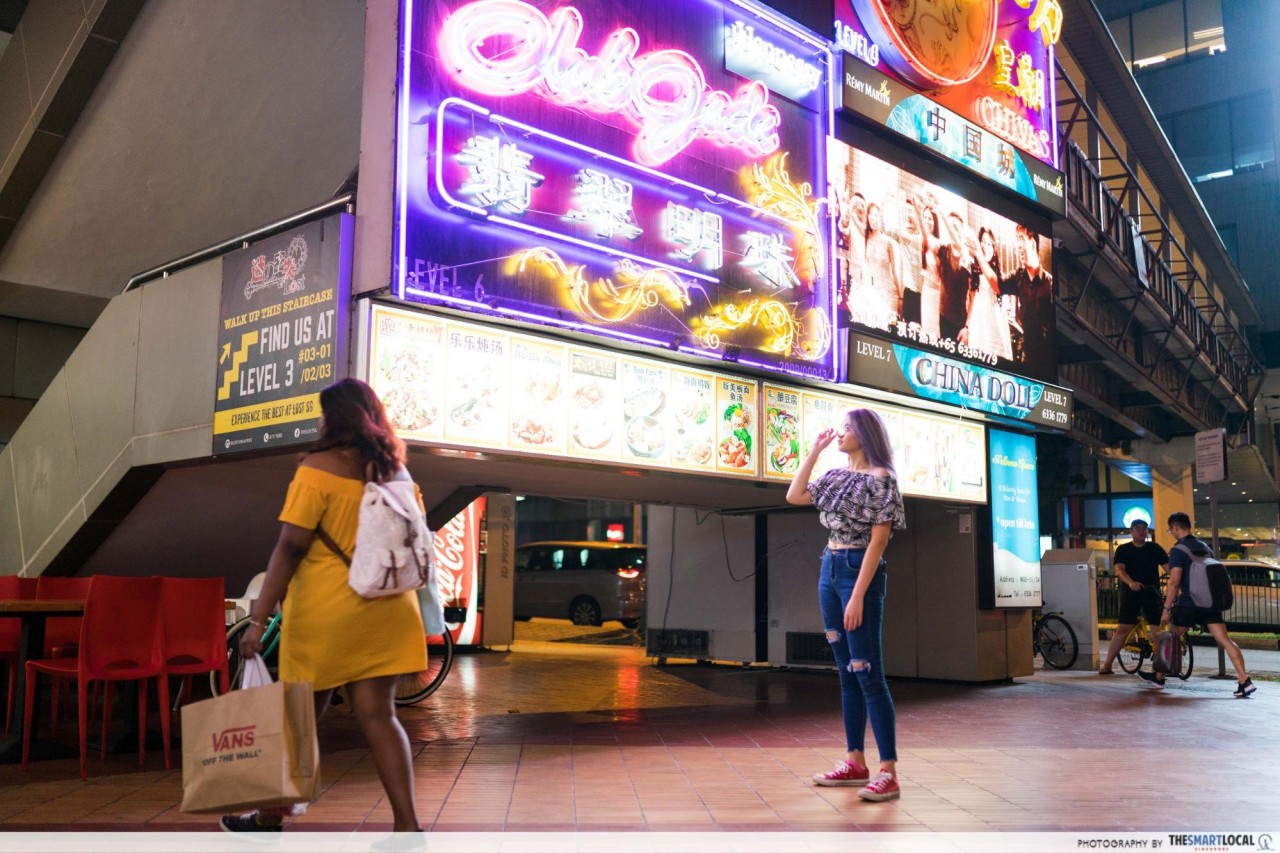 This colourful backdrop actually belongs to a collage of different signs promoting various nightclubs – the one we posed in front of was dedicated to a certain Club Jade, a not-so-family-friendly KTV.

Unlike the signages, the surroundings are rather dull and with such a contrast you can’t miss this huge display.

6. Steps in front of Wisma Atria 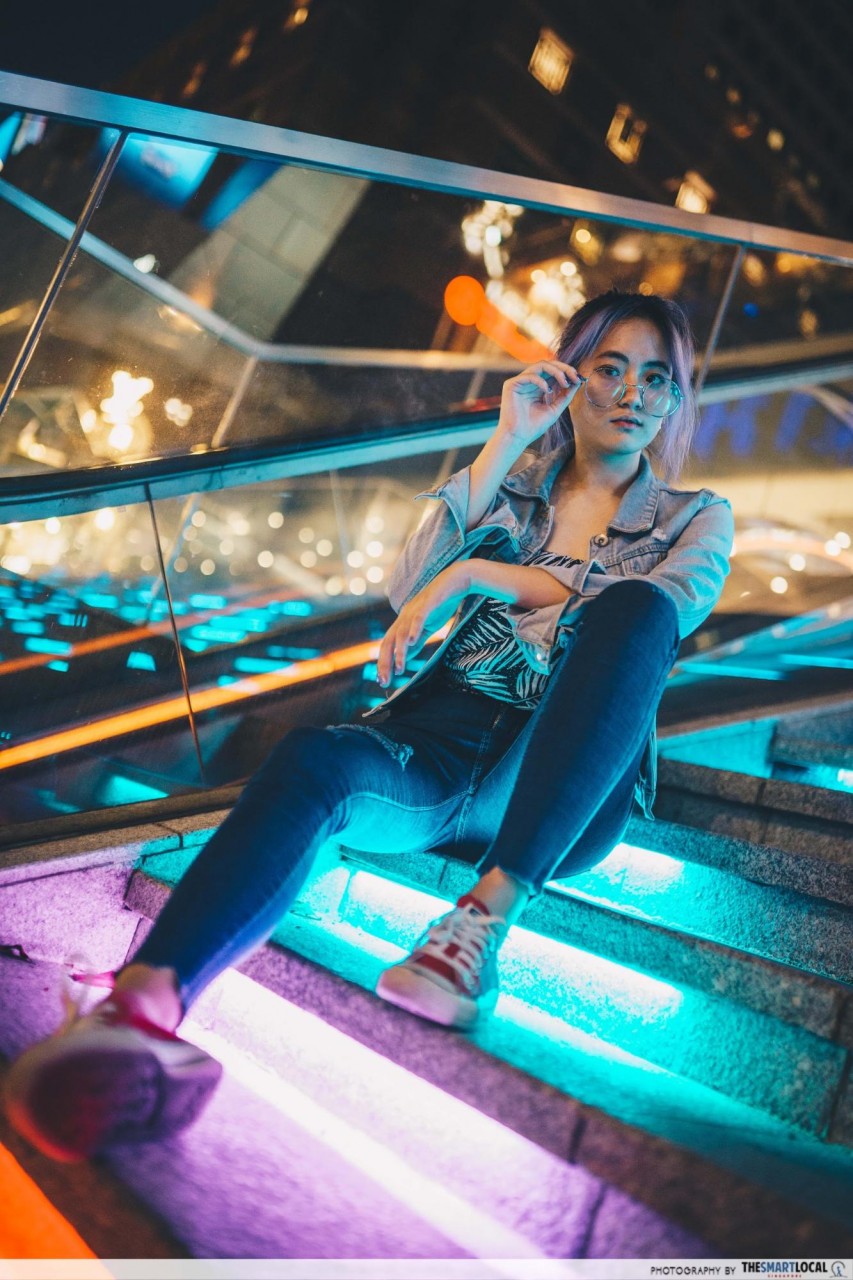 Don’t mind me, I have to take my OOTD to show off my latest cop. 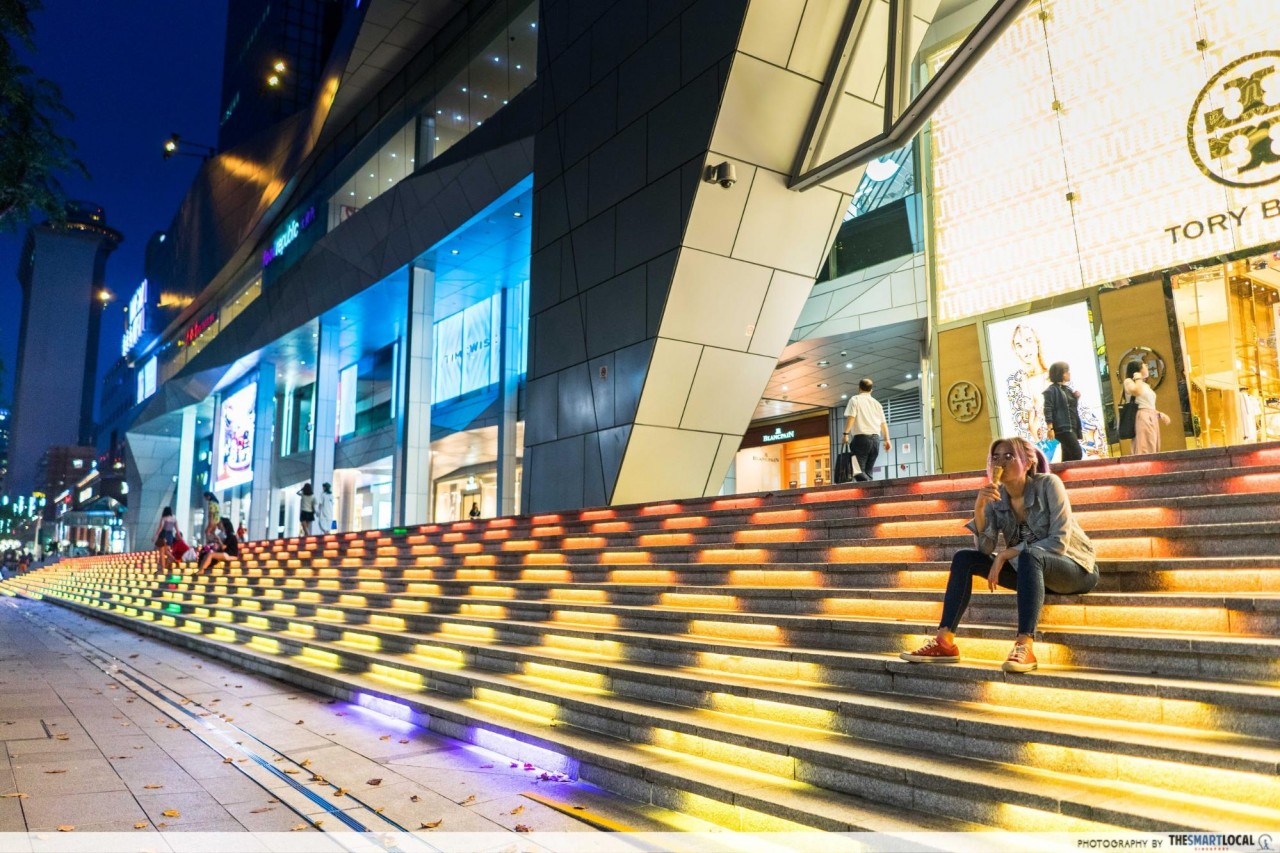 The worst part of a photoshoot? Waiting for people to move so you can get a shot of you and only you. In times like this, grab some traditional $1.20 pushcart ice cream because it’s gonna take a while. 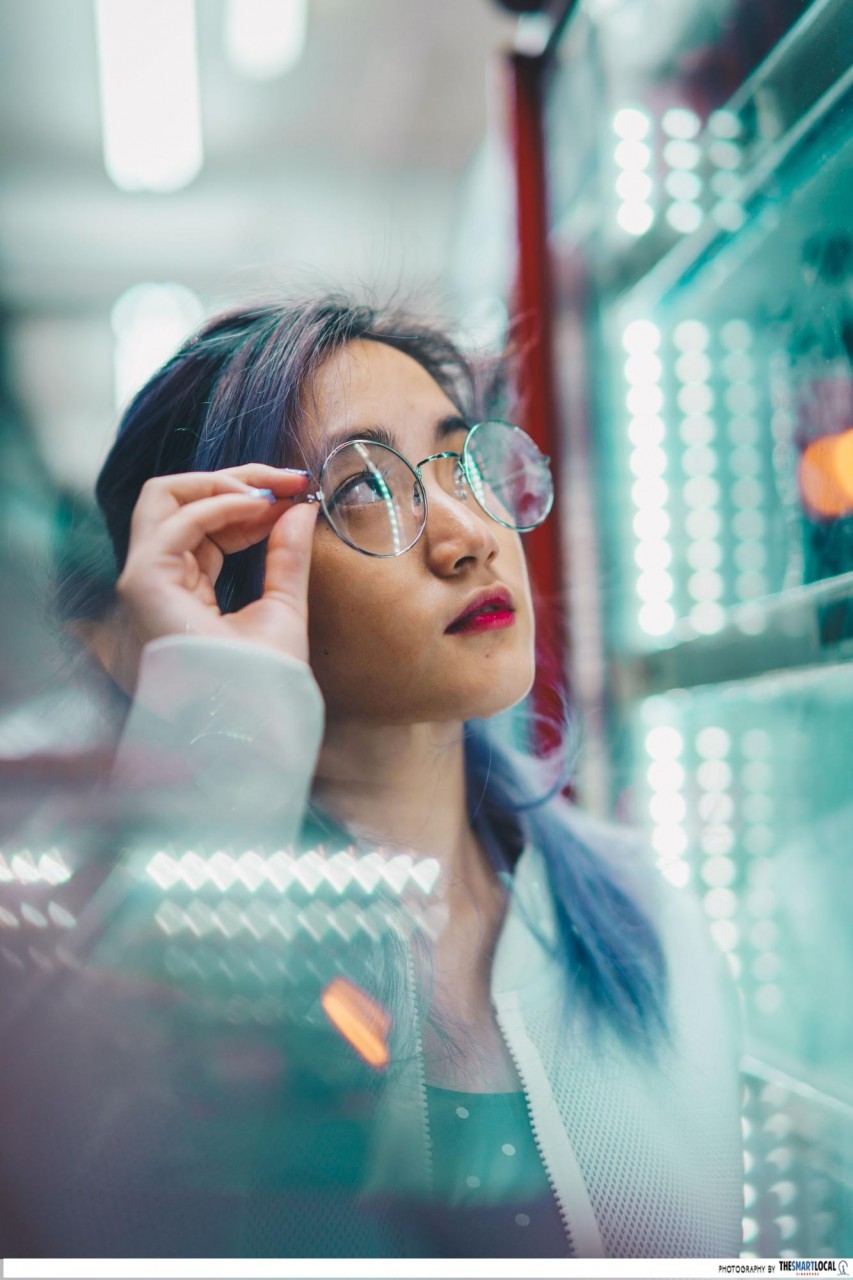 Just like in a Kpop MV, stare at random objects in the distance – by that, we mean the drinks on the top shelf of the fridge. This way you’ll be able to capture that pensive “I’m thinking about the person I’m crushing on” face.

Tip: Wear glasses so you can catch the reflection for that added sparkle. If you need a prop, Daiso sells a range of non-prescription glasses for $2. 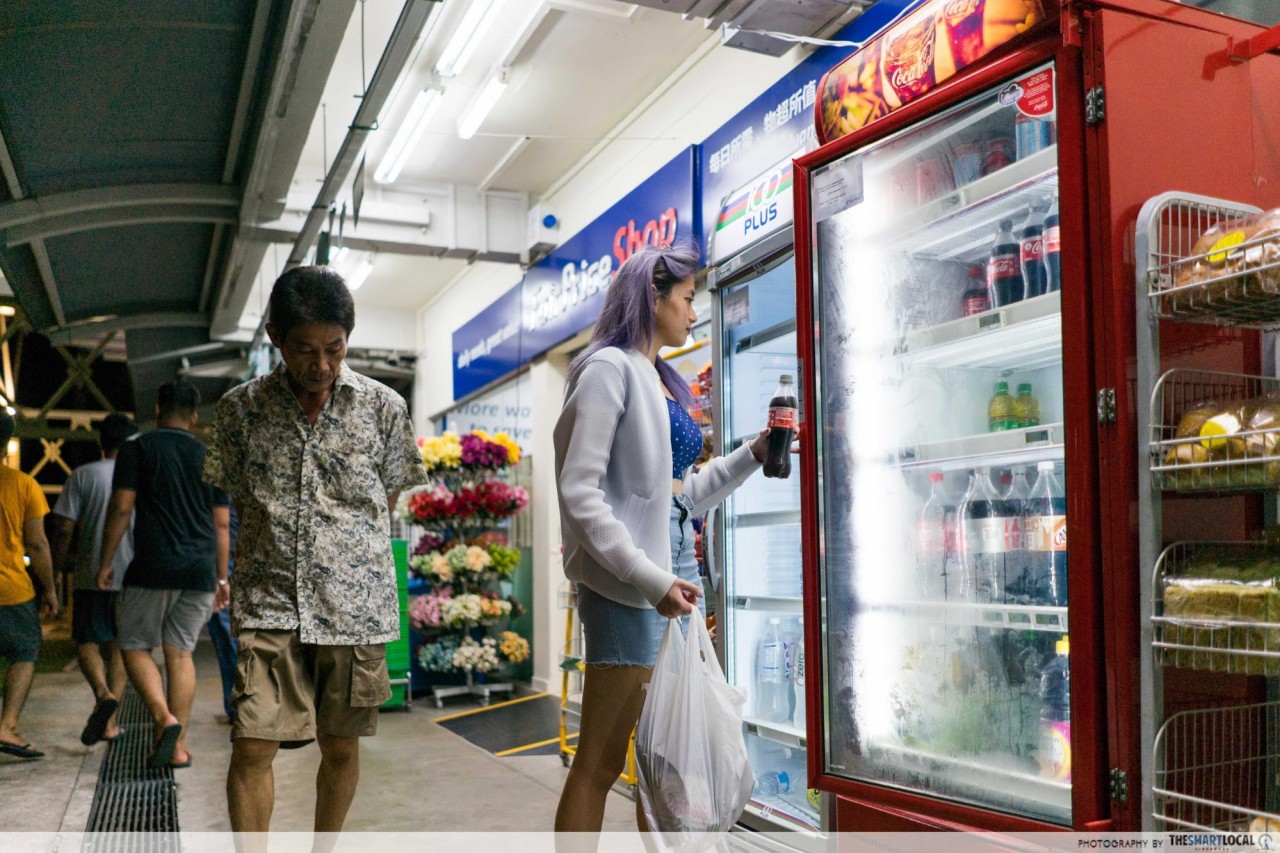 After a long day at work, it’s time for a nice cold drink.

8.Movie poster outside The Cathay 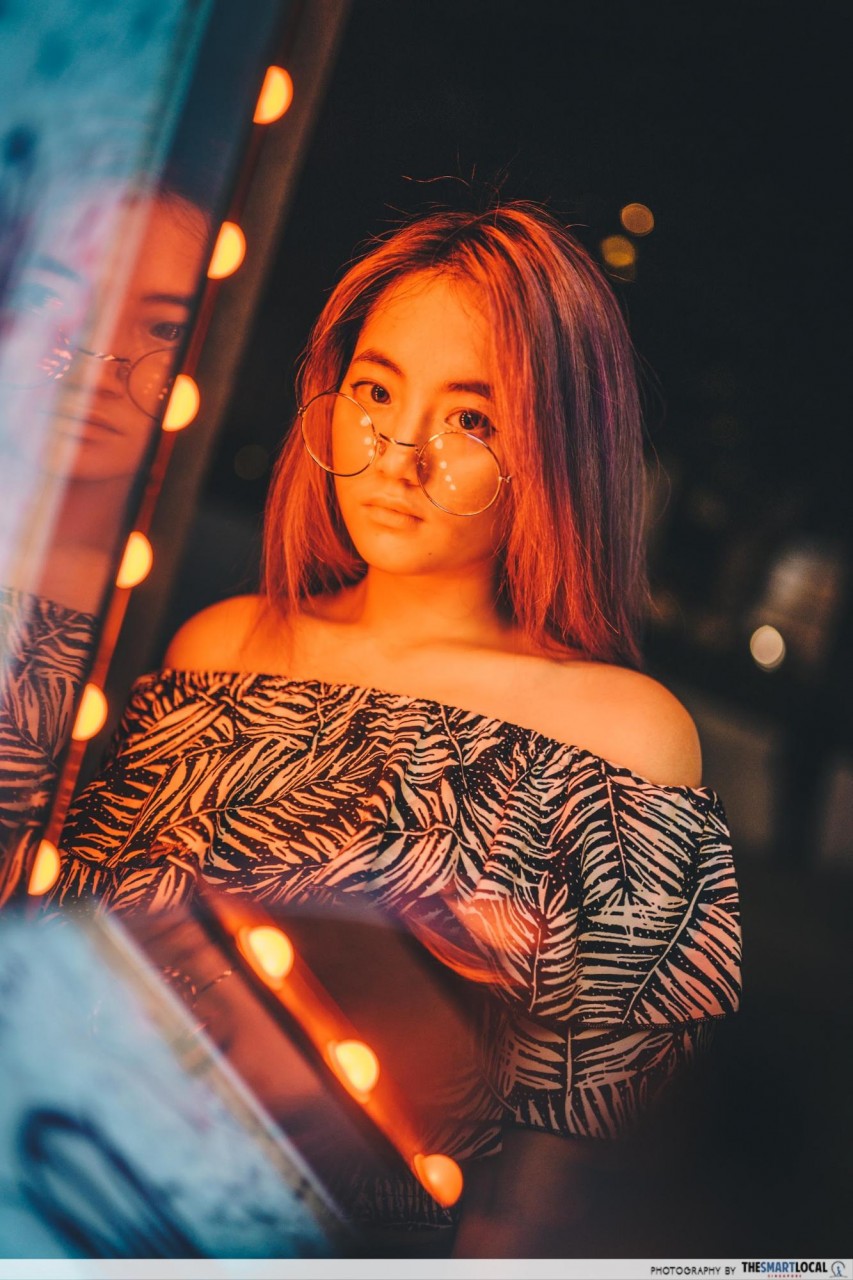 Just because we aren’t part of the world of film, doesn’t mean we can’t own the spotlight – even if the only light comes from a movie poster.

Tip: Get a small hand mirror from Daiso to create the trippy reflection 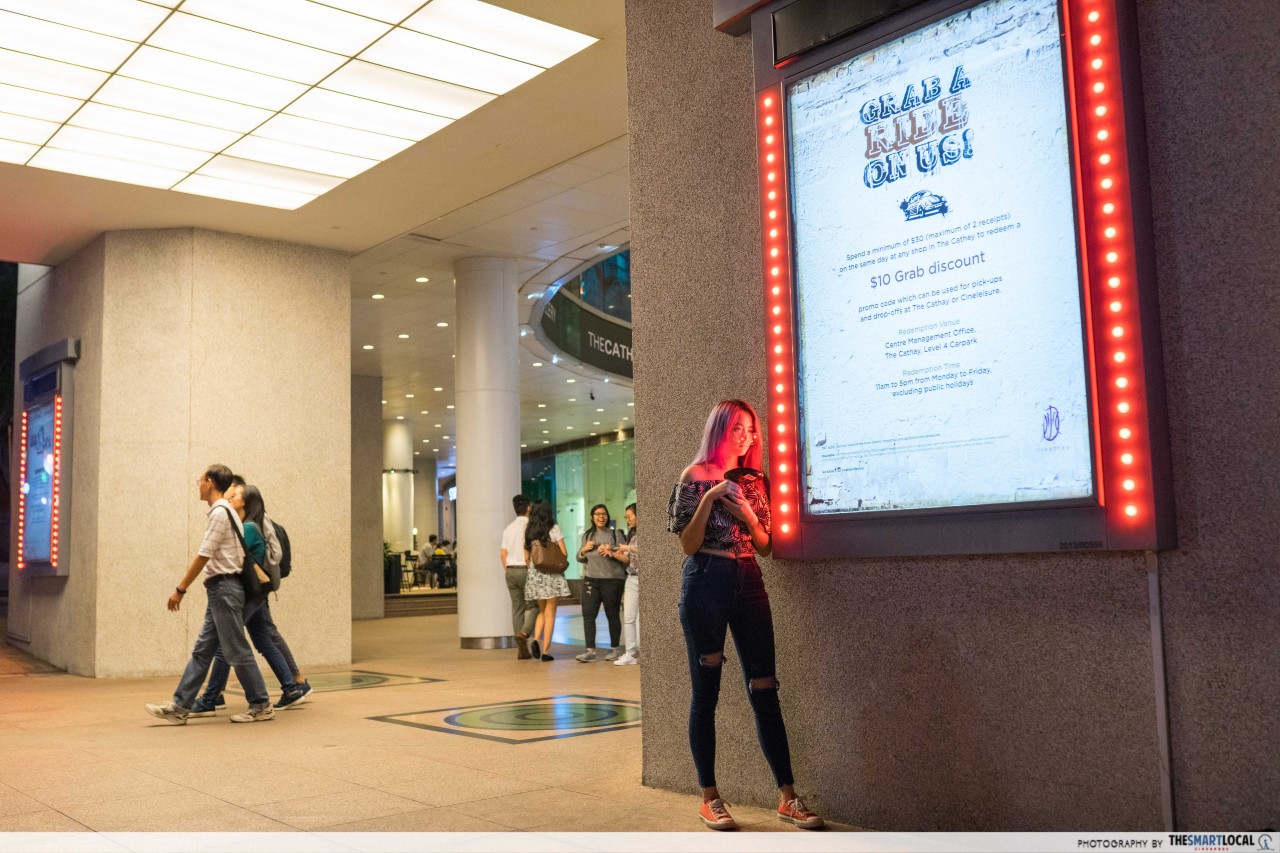 Just watch the movie lah, so extra for what 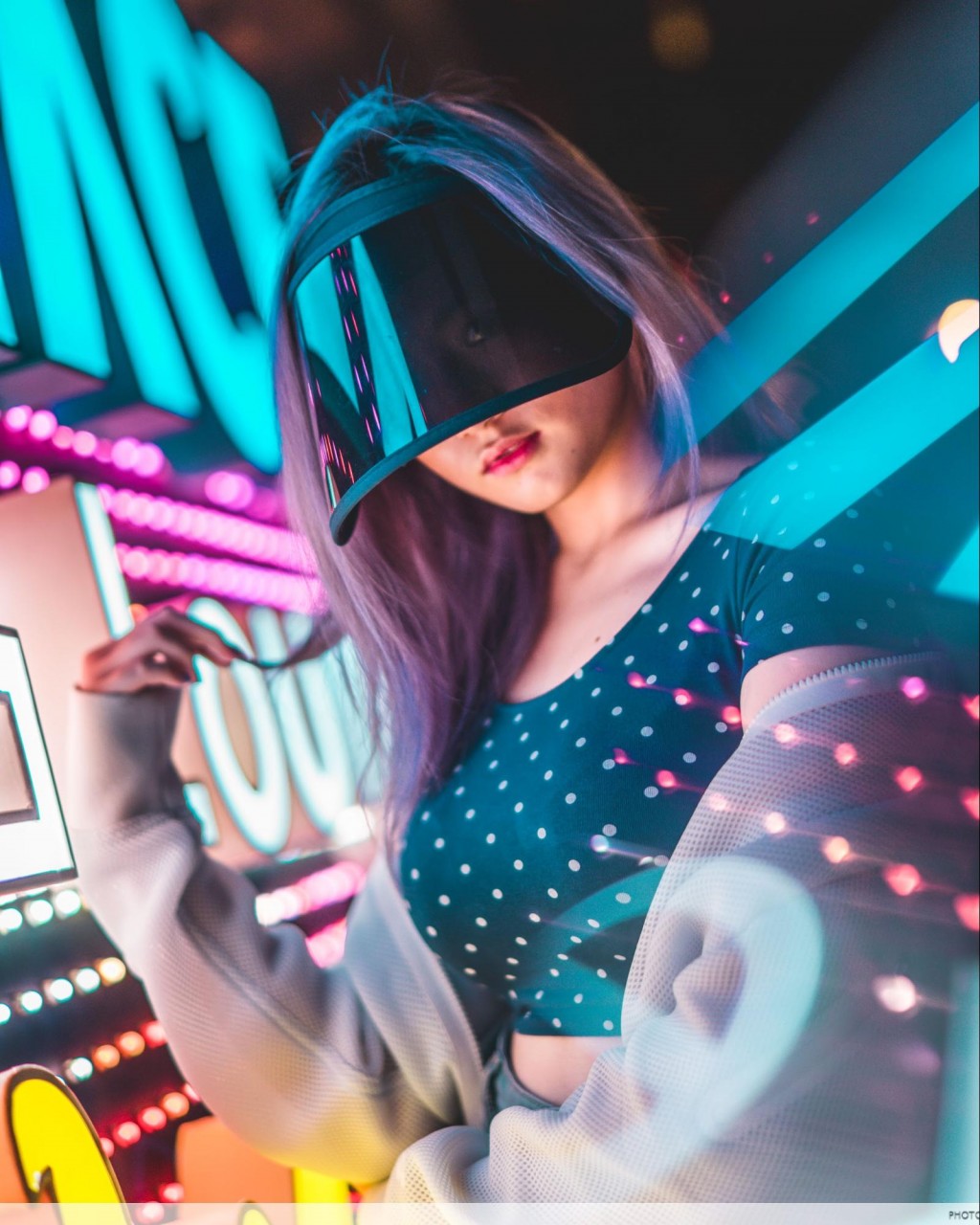 The colourful bokeh adds an almost galaxy-like feel to the picture. Throw on a visor to act as a space helmet, and voila – you’re now a space trooper on an intergalactic mission. 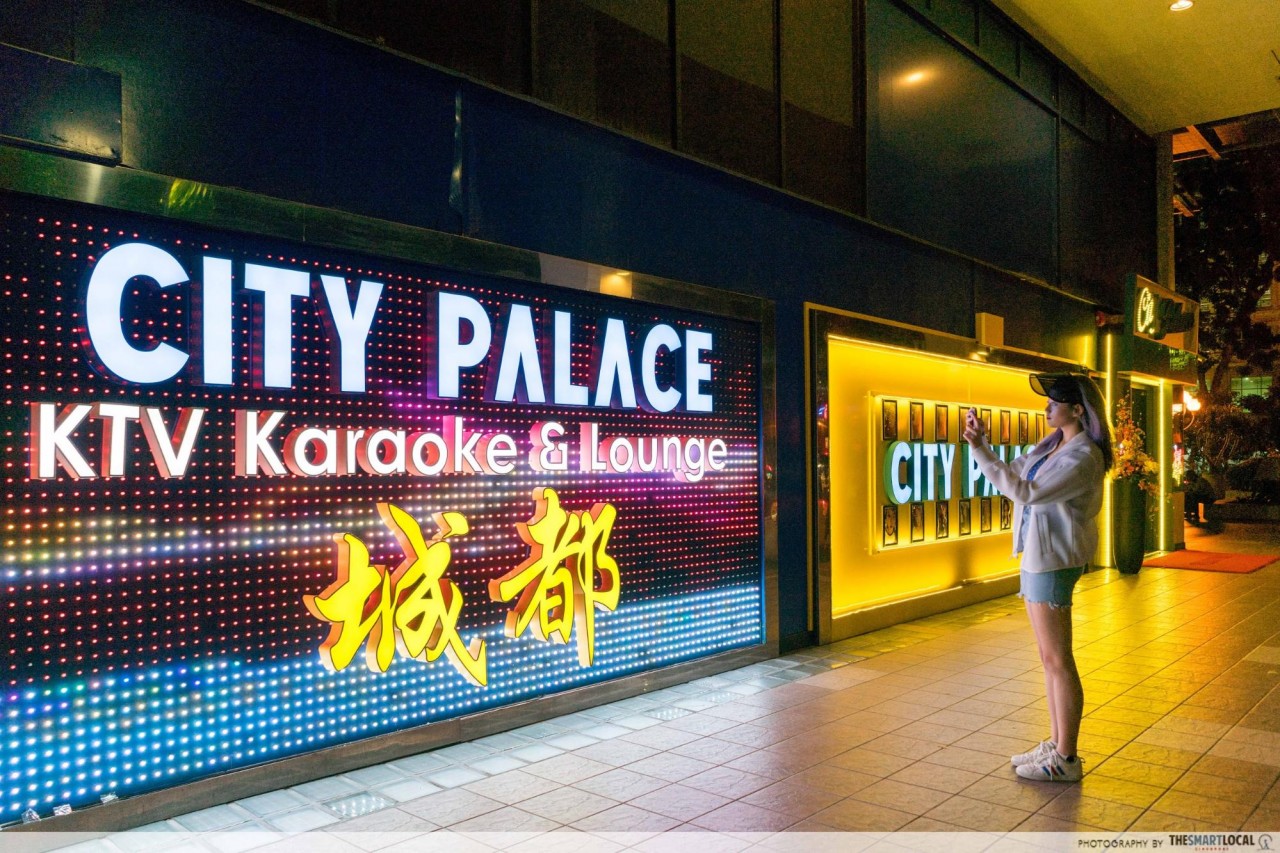 Bonus: Crossroad in front of The Heeren 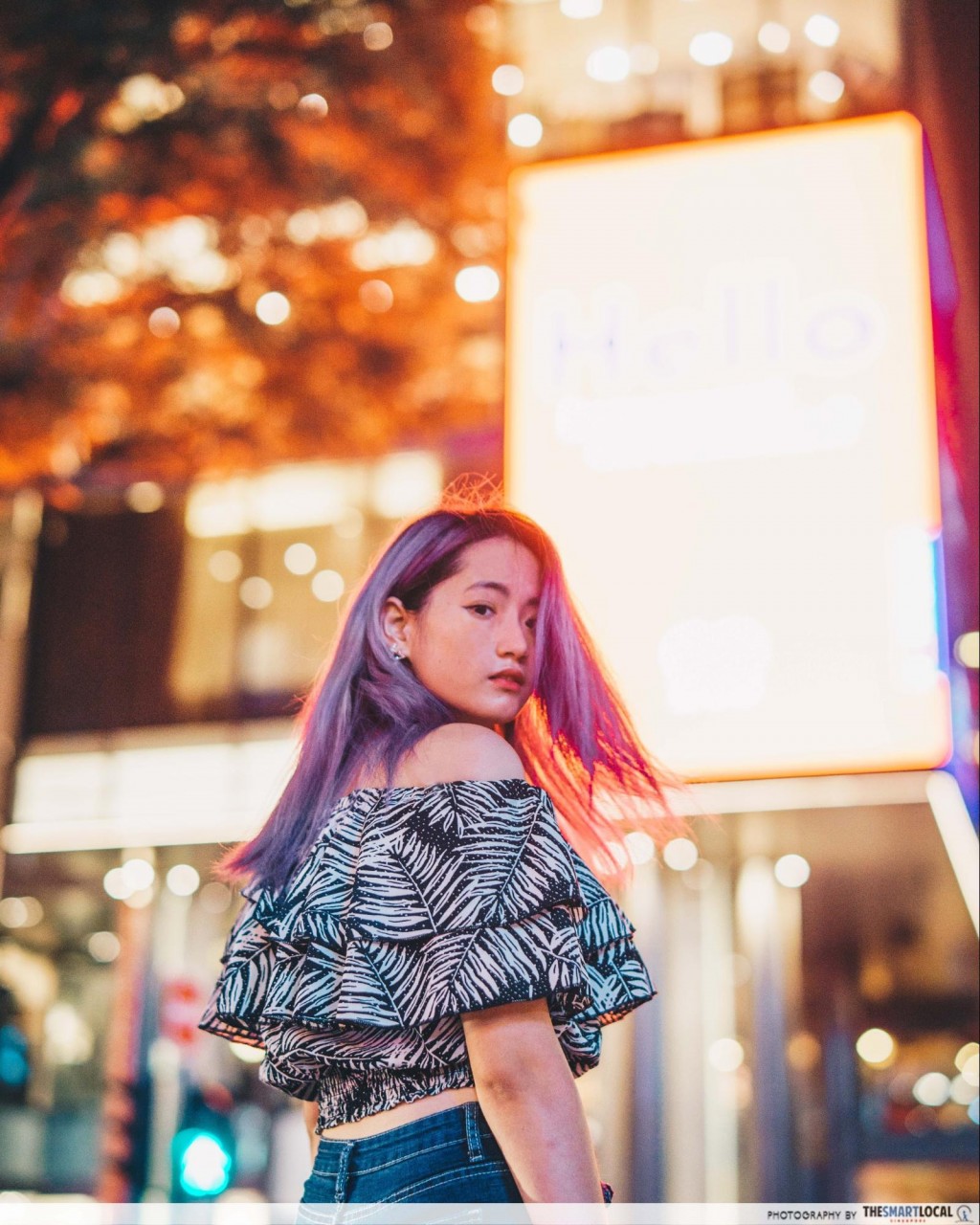 Nani? Is this Shibuya Crossing?

Tip: Don’t just rely on posing, sometimes, a bit of motion with a hair flip can make a photo more dynamic. 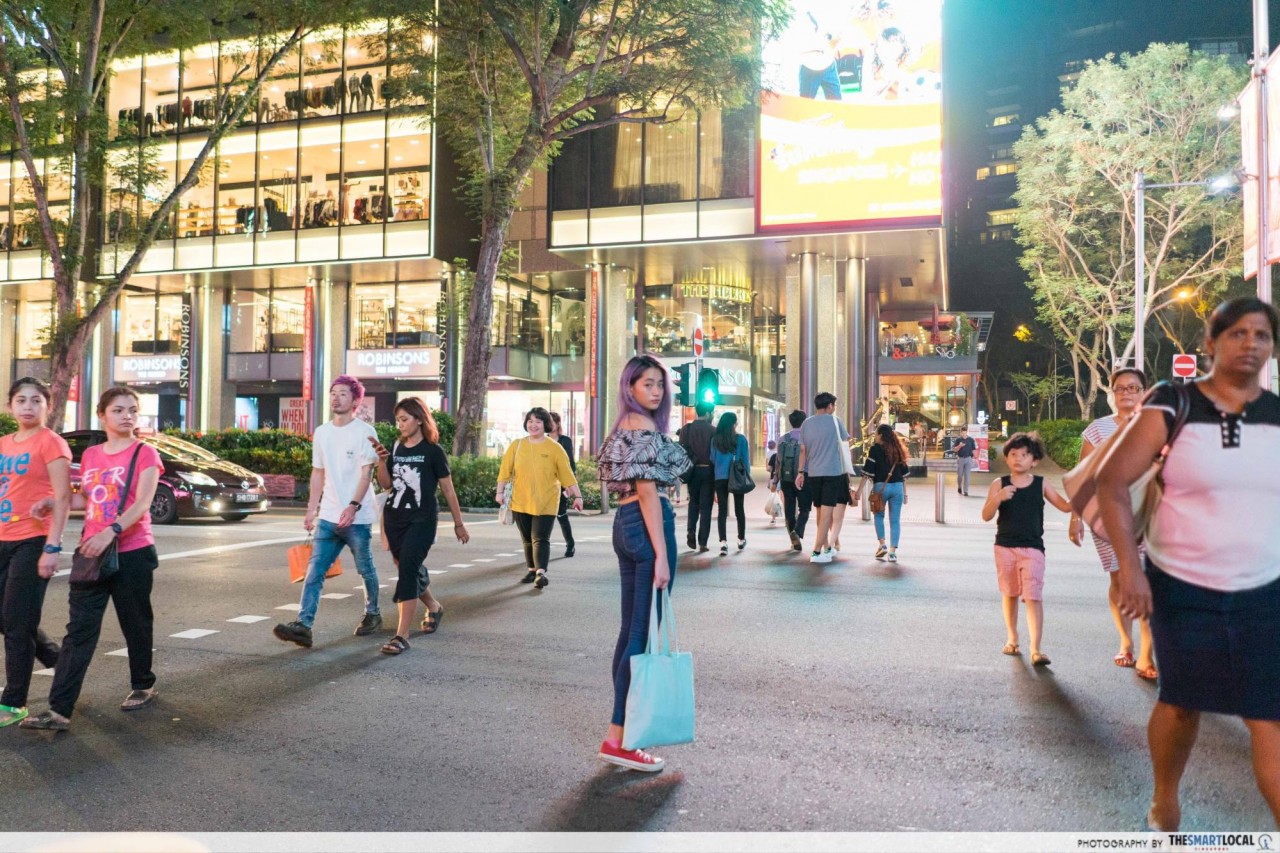 So we’ve walked in puddles and worn winter wear at East Coast Park – but waiting for the light to turn green, not actually crossing the road and repeating the process multiple times for a good shot? Sign us up.

Also, when you see people staring, resist the urge to be self-conscious and back out – just be thick-skinned and keep your gaze focused on the camera.

There really are no limitations when it comes to photography. Even with these seemingly ordinary locations, a little bit of creativity and some trial and error, it is possible to convince everyone that you’ve just participated in a glamorous photoshoot. With that said, we hope that these small tips and tricks inspired you to take your OOTD shots to the next level.

Check out our other photography-related guides here: 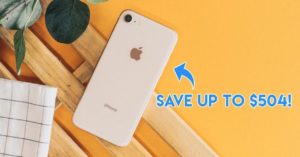 Singtel’s SIM-Only Customers Can Now Get The Latest Smartphones Every Year At Major Discounts
R U Tough Enough - A Fitness Challenge With $10k Cash Prize To Make Your... 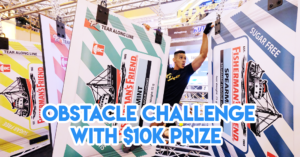