Accomplishing a Guinness World Record is no mean feat. It requires the person / persons to be more talented, creative, courageous, determined or crazy enough than anyone else on the planet.

Here then are 34 Guinness World Records Held By Singapore, which allows us, as Singaporeans, to look back on with pride.

The world’s first bioluminescent flower was developed by Prof. Chia Tet Fatt from the National Institute of Education on 1 December 1999. He used a white-petalled orchid known as Dendrobium White Fairy #5 and combined it with the luciferase gene from fireflies. The resulting specimen emitted a greenish-white light for up to 5 hours.

The world’s largest collection of tortoises and turtles is held by Mr. Danny Tan, set on 16 June 2005. The number achieved was 3,456, which included over 1,000 live specimens, and all of which can be seen at The Live Turtle and Tortoise Museum, which is a Singapore Attraction located within the Chinese Gardens in Jurong.

The world’s smallest optical mouse was developed by inventor Mr. Ng Kai Cheong on 10 January 2008 at CyberInc Pte Ltd. Called the Z-Nano mouse, it measures 42.5 mm (length), 20.5 mm (width) and 17.6 mm (height) and has all the functionalities of a regular mouse. It is operated with a finger.

The world’s largest art lesson held simultaneously across multiple venues was set by Mr. Peter Draw, on 2 October 2010, when he conducted an art lesson for 1,817 participants, in 33 locations in 12 countries. The event was enabled by Cisco Systems and the countries included Australia, India, Thailand, China, Indonesia, Malaysia, Philippines, U.S.A., Korea, Singapore, Taiwan and Japan.

The world’s largest three dimensional balloon sculpture was created by balloon artist Ms. Lily Tan, who led her team of 50 people from Taiwan, Hong Kong, Malaysia and Singapore to create a robot named ‘Sentinel’, made with 79,854 balloons. The balloon sculpture took 42 hours to complete, from 12 – 15 March 2012, and measured 23.3m (length), 19m (width), and 11.5m (height). It was displayed at Marina Square Shopping Mall. The actual feat is displayed above.

The world’s longest colour sequence memorised was achieved by educational and corporate trainer Mr. Sancy Suraj Singh, who memorised a sequence of 160 randomly generated colours flashed on a computer screen at the rate of 2 seconds per colour. He then proceeded to record the exact sequence on a piece of paper with a perfect score, setting the record on 14 April 2012 at Simei ITE College East. The actual feat is displayed above.

The world’s longest beer bottle bar slide was set by Mr. Jeffrey Ng on 21 February 2013, at Timbre @ The Arts House, with a distance of 14 m, 10.4 cm (46 ft 3.276 in). The event was organised by Guinness Singapore and Asia Pacific Breweries Singapore to mark the launch of their new Guinness Draught in a Bottle (GDIB). The actual feat is displayed above.

The world’s largest game of musical chairs was played by Anglo-Chinese School (ACS) on 5 August 1989. 8,238 participants took part over 3.5 hours, and the winner was Mr. Xu Chong Wei.

The world’s largest body mass index check was achieved by the Ministry Of Health (MOH) on 5 September 2004, in Sentosa and involved 3,594 participants. It was part of the National Healthy Lifestyle Campaign day, and participants also received blood pressure checks, dental screenings, a BFA (Body Fat Analysis), and a BMD (Bone Mass Density) test.

The most couples on a blind date in 12 hours was set by students of the Nanyang Technological University (NTU) on 20 July 2005. 268 couples (536 people) participated in this event organised by the Joint Hall Orientation Committee.

The world’s longest inline skating chain was an event organised by Samsung Asia Pte Ltd on 6 August 2006, at the Padang. It involved 280 participants. The actual feat is displayed above.

The world’s longest satay was created by the Kopitiam Group on 21 July 2007, at Lau Pa Sat. Measuring 140.02 m (459 ft 4 in), the satay was made with 150 kg of chicken, and marinated with cumin, coriander, fennel, ginger, turmeric, lemongrass, onion, sugar and salt. 150 staff grilled it over a charcoal fire.

The world’s longest chain of helmets was achieved by Keppel Offshore & Marine Limited, on 21 October 2007 at Siloso Beach, Sentosa. It consisted of 18,000 safety helmets, which measured a total length of 5,664 m (18,582 ft). Photo from the actual event is displayed above.

The world’s largest lantern parade was organized by the Land Transport Authority (LTA), on 14 September 2008 to celebrate the mid-autumn mooncake festival. It involved 10,568 participants.

The world’s largest can mosaic was formed by the Yew Tee Community Club Youth Executive Committee on 14 December 2008. 101,616 used beverage cans were formed into the shape of the main island of Singapore.

The world’s smallest working gears were developed by researchers at A*STAR Institute of Materials Research and Engineering on 1 January 2009. The gears are molecular-sized, and can be fully controlled to rotate clockwise or anti-clockwise by nudging with the probe of a Scanning Tunnelling Microscope.

The most number of vinyl records smashed in 30 seconds was 38 vinyl records, on 14 January 2011, at the EMC Briefing Center. This record was achieved by the YiDoJang Martial Arts Team, consisting of Mr. Stephen Pang, Mr. Chan Kok Pheng, Mr. Quek Boon Hock, Mr. Ang Soon Chuah, and Mr. Tan Yong Chen, and sponsored by EMC Corporation. Their feat can be viewed here: http://www.facebook.com/video/video.php?v=10150098365589374

The world’s largest CPR training session was organised by the Singapore Heart Foundation on 16 January 2011, at the Singapore Expo, and involved 7,909 participants. The record attempt was part of Singapore’s first National Life Saving Day.

The world’s largest cha cha cha dance was achieved by Edgefield Primary School on 17 July 2011. It involved 3,379 participants, including the school’s pupils, their parents, and staff.

Guinness World Records Held By A Group Of Singaporeans

The most games of scrabble played simultaneously was organised by Northland Secondary School, Mattel SouthEast Asia Pte Ltd and Schools Scrabble Club on 14 March 2006. The record set was 521 simultaneous scrabble games, played by 1,042 participants from 65 secondary schools and organisations.

The world’s largest egg and spoon race was played by 1,308 participants on 27 July 2008 at the Singapore Polytechnic (SP).

The most people playing Sudoku simultaneously was achieved by 1,714 participants on 1 August 2008, at Fairfield Methodist Primary School.

The most people skipping simultaneously in a single venue was organised by the East Zone Schools on 29 August 2008 at Tampines SAFRA. The record set was 3,105 participants, from 88 schools.

The world’s first Formula One night race was held on 28 September 2008, at the Marina Bay Street Circuit. Fernando Alonso (Spain) driving for Renault, won the race, although later investigations uncovered cheating, and the event was dubbed ‘Crashgate’.

The most couples married in 24 hours in a single location was set on 20 September 2009 at the Singapore Botanic Gardens by 163 couples.

The world’s largest cupcake mosaic measures 110.60 m2, and was created by the Ayer Rajah Community Centre Youth Club, Shatec Institute and other volunteers on 29 July 2012. 20,000 cupcakes were used. The actual feat is displayed above.

* Unless otherwise stated, all images displayed within this post are merely visual aids / representations, and are not connected to the actual world records in any way. 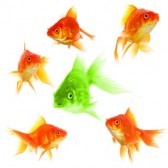 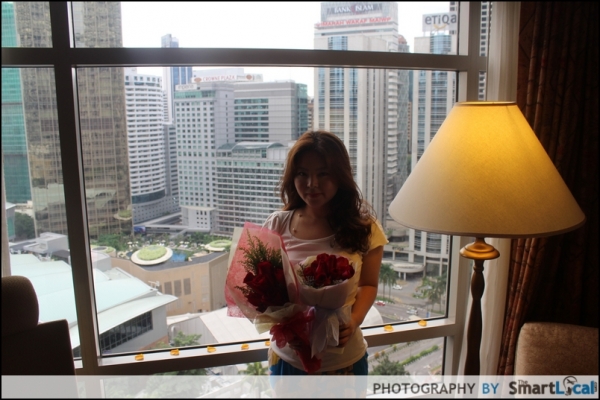