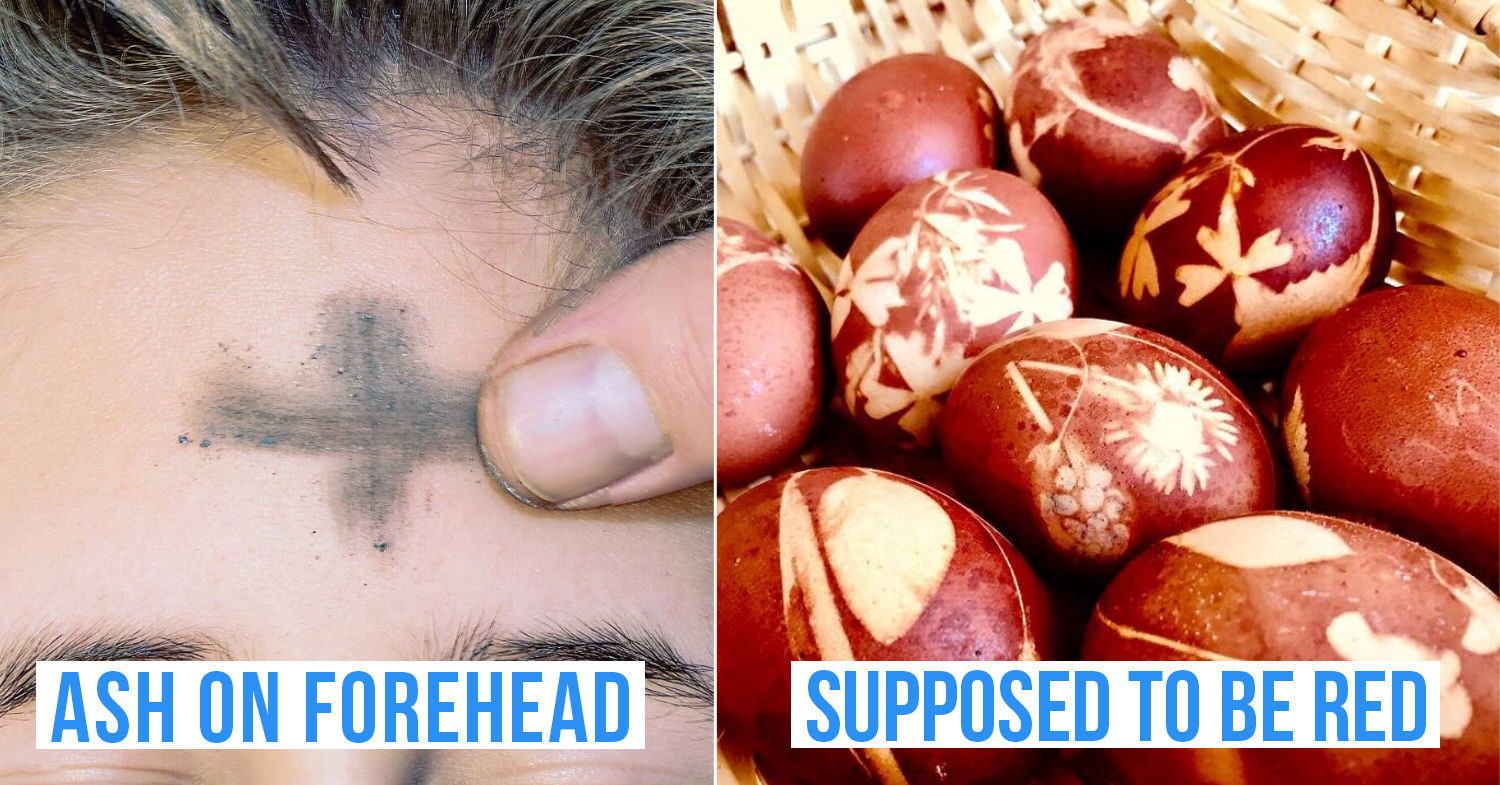 When it comes to religious celebrations for Christians, Christmas is the most widely-known one. Even the non-religious celebrate it in their own way these days, with gift exchanges and big feasts.

But not much is known about the other holy days like Ash Wednesday, Good Friday, and Easter. Well, apart from the fact that Good Friday comes with a public holiday in Singapore, and Easter is associated with chocolate eggs.

Here’s a crash course on these holy days of celebration, so you won’t have to ask your friends questions like, “Eh, why your forehead got dirt arh?” when you spot them after Ash Wednesday mass. (Hint: It’s not dirt).

Read our other articles on religious and cultural practices in Singapore:

1. Christians give something up during Lent, 46 days before Easter

You might have observed your Christian or Catholic friends giving up something for a temporary period of time every year, such as social media, swearing, or bubble tea.

This season is known as Lent, a 46-day period before Easter that’s all about abstinence and prayer. If you exclude the Sundays – which some people see as celebration days – this works out to 40 days, which ties in with how Jesus fasted in the desert for 40 days and nights while resisting Satan’s temptation. Ash Wednesday marks the beginning of Lent. 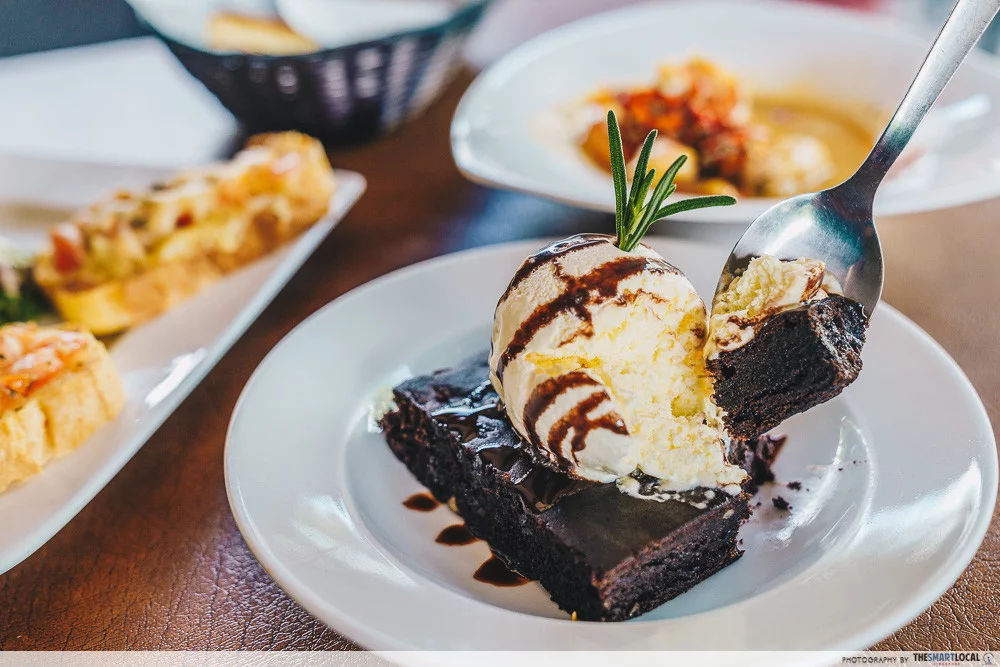 Hold your horses: You can’t “give up” your homework or dreaded gym days. This has to be something you enjoy or a vice of sorts, because the whole act goes back to the idea of suffering – like how Jesus suffered in the desert.

Lent is somewhat similar to the Muslims’ puasa period, except you’re not mandated to fast. Some people choose to fast on Fridays, or at least skip meat, but it’s not compulsory. Meat used to be a luxury back in the day, so skipping meat is seen as a sacrifice.

Please, don’t attempt to be a hero and not eat anything at all for those 40+ days in a row. Doing this will land you in hospital, and it’ll potentially be life-threatening.

2. Ashes are placed on the forehead in the shape of a cross as a sign of repentance

Once a year, usually in February or early March, you might see people walking around with curious dark smudges on their foreheads. No, this isn’t dirt – they’ve probably just come from Ash Wednesday mass.

During this mass, the congregation lines up after the homily (or sermon) to receive ashes on their foreheads as a public symbol of repentance, as well as a reminder of our mortality. As this is being done, the priest might say the words “Remember that you are dust, and to dust you shall return”. 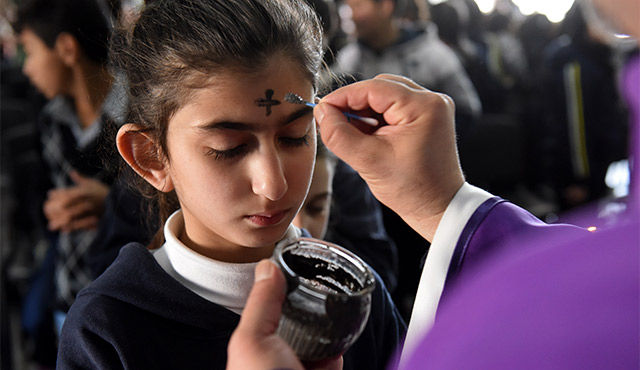 Ash is usually applied by hand by the priest, if not a brush.
Image credit:
OC Catholic

Relax, this ash isn’t from cremated bodies, but rather, taken from the burnt palm leaves of the previous year’s Palm Sunday celebrations and blessed with holy water.

The mark is supposed to be in the shape of a cross. However, because there are usually hundreds of people at each time, the priest might want to make things quick – which is why it sometimes just looks like a smudge.

You don’t have to wear the ash to work or on a date – unless you want to. You’re free to wipe it off anytime after the mass, or let it wear off on its own.

3. Good Friday is “good” despite Jesus’ death because of his sacrifice

For everyone else, Good Friday is good because we all get a Public Holiday. Yay!

But for those of the Christian faith, Good Friday is good because it commemorates Jesus’ death on the cross.

Wait, come again? Yes, despite the seemingly morbid nature of the occasion, Good Friday is still “good” because it acknowledges how Jesus was crucified to sacrifice himself for mankind’s sins. Christians believe that in doing so, he took our place and allowed us to be saved.

So while it’s not a happy celebration per se, it is something that Catholics and Christians still observe in reverence and sobreness.

4. It reportedly always rains on Good Friday at the timing Jesus was crucified 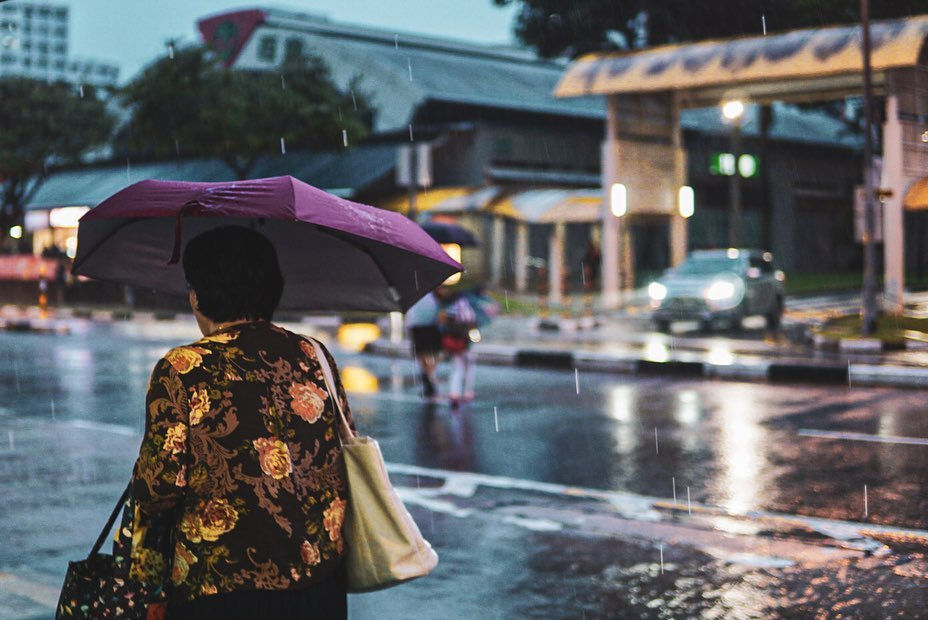 My parents would tell me that it always rains without fail on Good Friday – they see it as a sign from the heavens. Though I’ve been sceptical, they haven’t been proven wrong as of yet. I can’t recall a single Good Friday I’ve celebrated without a gloomy downpour as a backdrop.

They’re not the only ones who have experienced and believe this. A quick Google search would show that this happens in other countries as well, so it’s actually quite a “thing” among the Christian community. Some say that it always happens in the afternoon at around 3PM, which is supposedly the timing at which Jesus drew his last breath.

Of course, one could also peg this to the fact that Good Friday just happens to fall during a period where a large number of countries are experiencing Spring and/or the rainy season. And surely there have been cases where there was no rainfall. However, whether you believe it or not, this uncanny coincidence happens more often than not, and is just something interesting to take note of.

Let’s see if it rains again this year.

5. Catholics kiss the feet of Jesus on the cross on Good Friday in an act known as Veneration of the Cross

As a child, I never understood why we had to line up and kiss the feet of Jesus on the crucifix on Good Friday. Seemed pretty gross to me.

I later grew up to learn that this act is called the Veneration of the Cross, and is a form of remembrance and gratitude for Jesus’ sacrifice. There are also multiple instances of people – usually sinners – kissing the feet of Jesus as a sign of thanksgiving and humility in the BIble.

It’s just a simple second worth of contact, and the area is wiped with a cloth after each person has their turn.

However, for safety reasons, this practice is usually omitted during pandemics – such as the SARS season in 2013.

6. Easter celebrates Jesus’ resurrection from the dead and is more important than Christmas 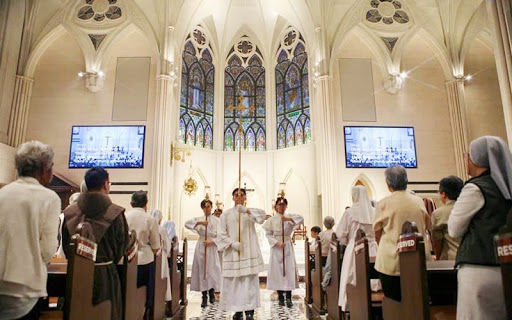 While Christmas appears to be celebrated commercially with more fanfare, Easter is another joyous occasion that’s actually viewed as more important in Christianity. It celebrates Jesus’ miraculous resurrection from the dead 3 days after he was crucified and buried.

As the story goes, Jesus was buried in a tomb after dying on the cross. A few of his followers went back to the tomb on the third day, and were shocked to find that it was empty. An angel then appeared telling them that Jesus has risen from the dead into heaven, and told them to tell his disciples that he would meet them at a place called Galilee.

Upon meeting them, he showed them the holes in his hands and sides, from when he had been nailed to the cross – proof that he had indeed been brought back to life.

Easter is thus a celebration of new life and new beginnings.

7. Easter eggs were traditionally dyed red to represent the blood of Christ

In the early days of some cultures, eggs symbolise new life. And traditionally, in some denominations of Christianity, you weren’t allowed to eat eggs during Lent, as a form of abstinence. Hence after Lent, people would decorate boiled eggs and eat them as part of their Easter celebrations. 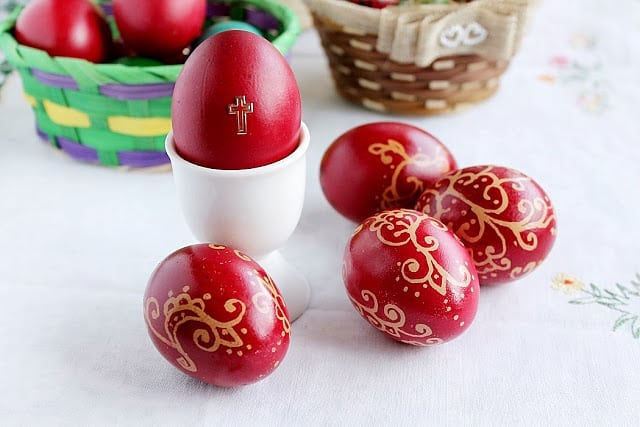 These eggs were originally painted red to represent the blood of Christ. As time went on, other colours and more fanciful designs came into play. Eventually, boiled eggs were replaced by chocolate eggs for children – which are the Easter eggs we’ve come to know and love.

This also somehow made way for the Easter Bunny story. While bunnies are also seen as a symbol of life because of their, ahem, high birth rate, the roots for this tradition are pagan. Now, it’s a mainstream practice such that even non-Christians give and receive Easter eggs during Easter – much like how they do with presents at Christmas. 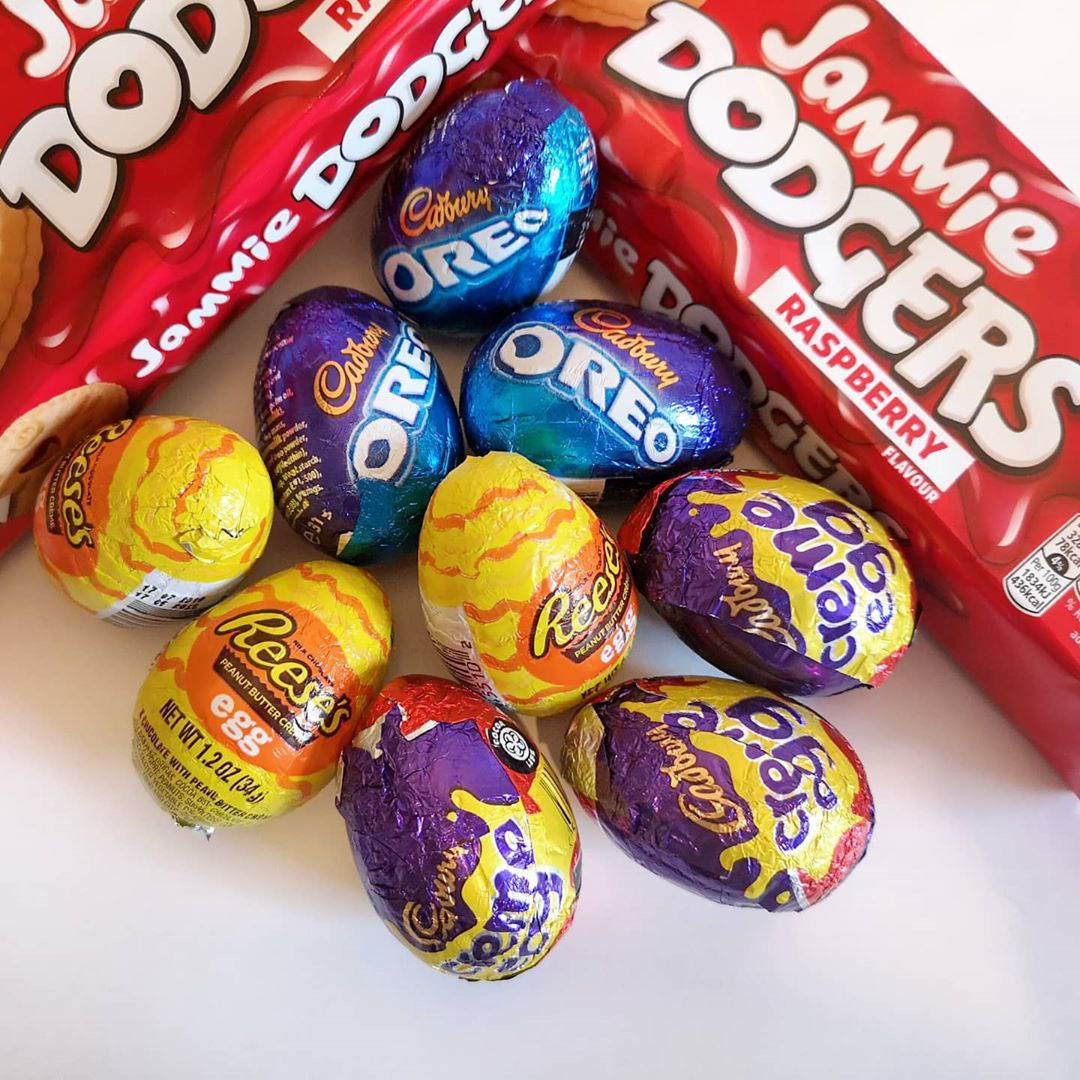 It’s not to say that these goodies are disallowed, though. Churches do organise Easter egg hunts for kids, and you are of course free to give and consume such treats – who wouldn’t want to indulge in a delicious Cadbury Creme Egg?

Just bear in mind that, if you’re celebrating it from a religious point of view as a Christian, the religious significance of Easter is more than just bunny costumes and candy.

Now you know a little bit more about the significance behind Ash Wednesday, Good Friday, and Easter for Christians – as well as the origins of the Easter egg tradition that has us sinking our teeth into yummy chocolate eggs each year. 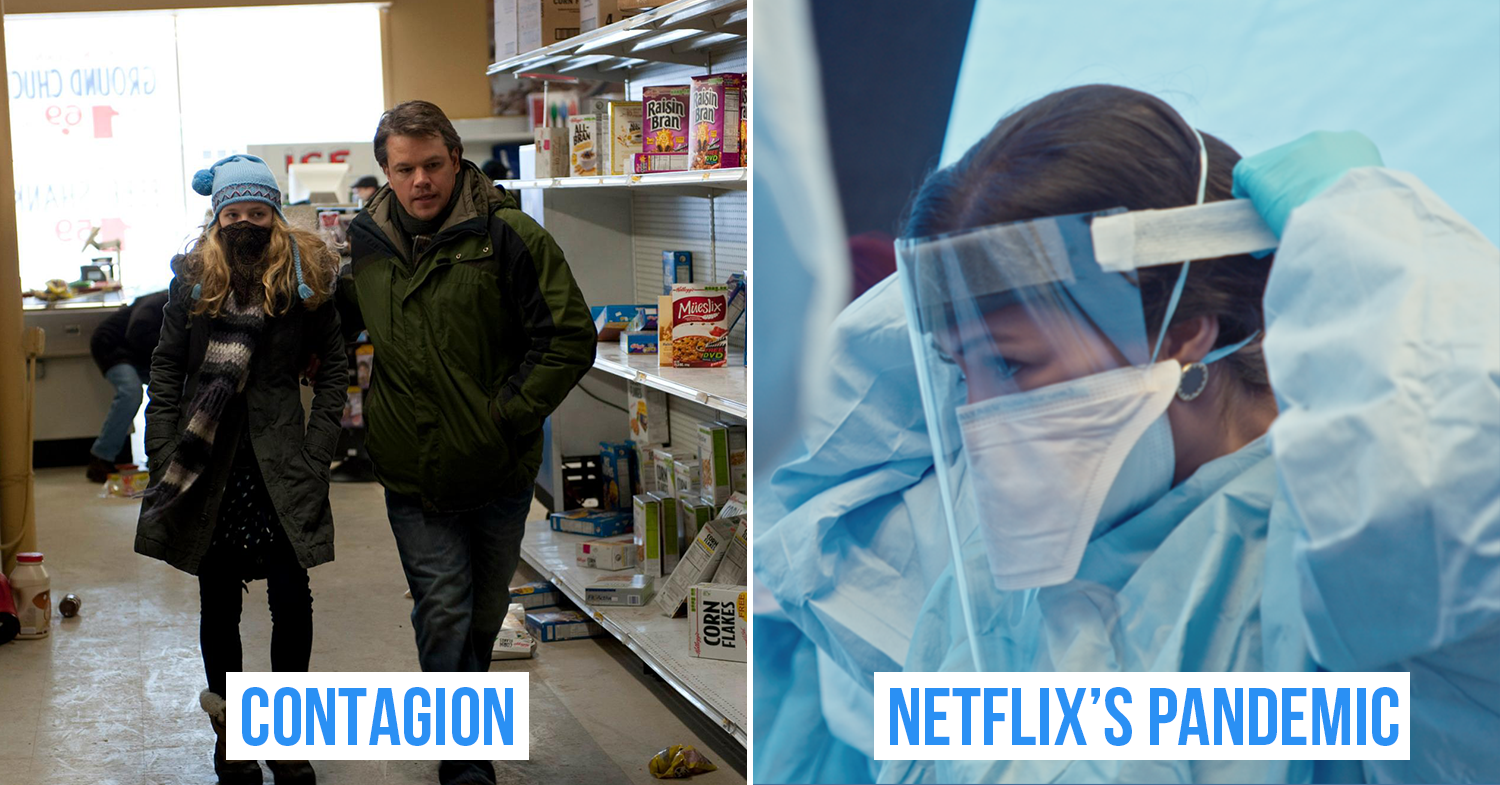 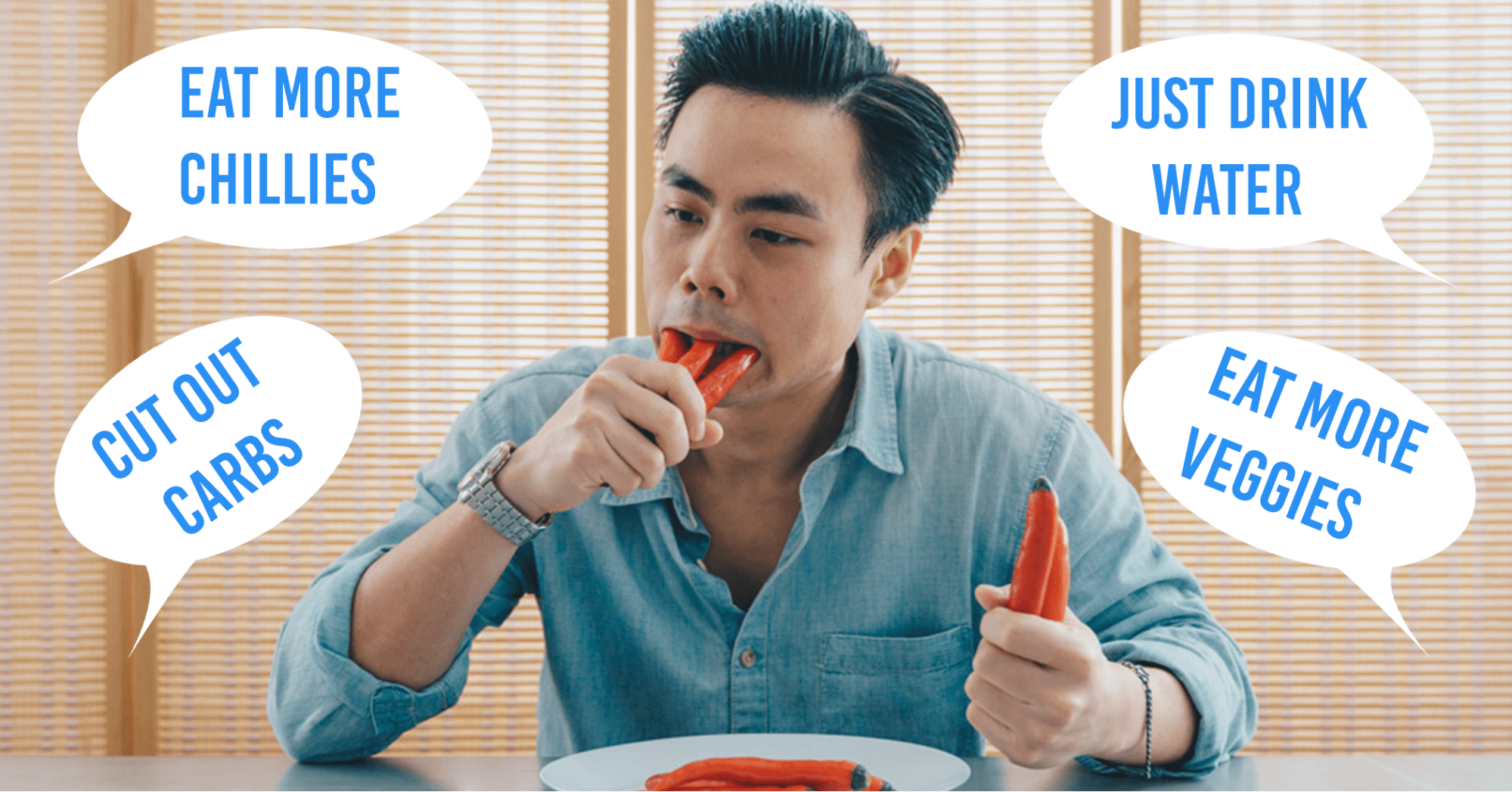