Blessing your home in Singapore 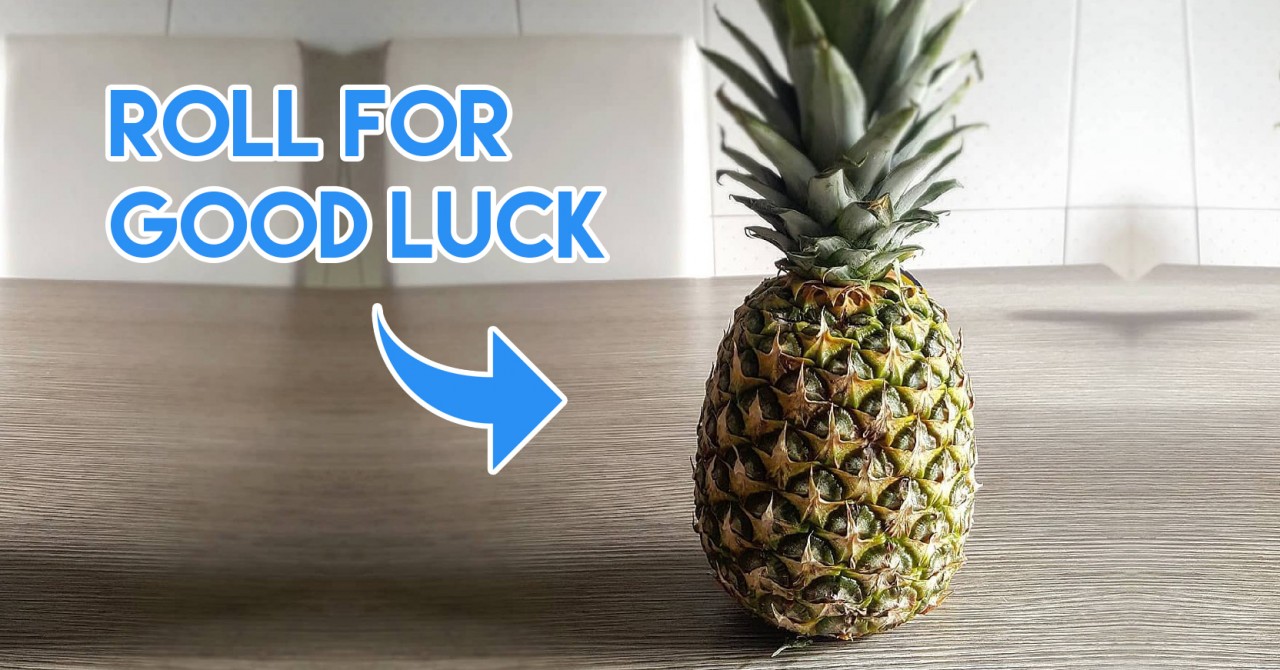 When moving into a new home, there’s usually a bit of ceremony involved. From rolling fruits to using a live cow, here are 8 home blessings practiced in Singapore by various cultures and religions – and the reasons behind them.

1. Roll a pineapple through the home for good luck 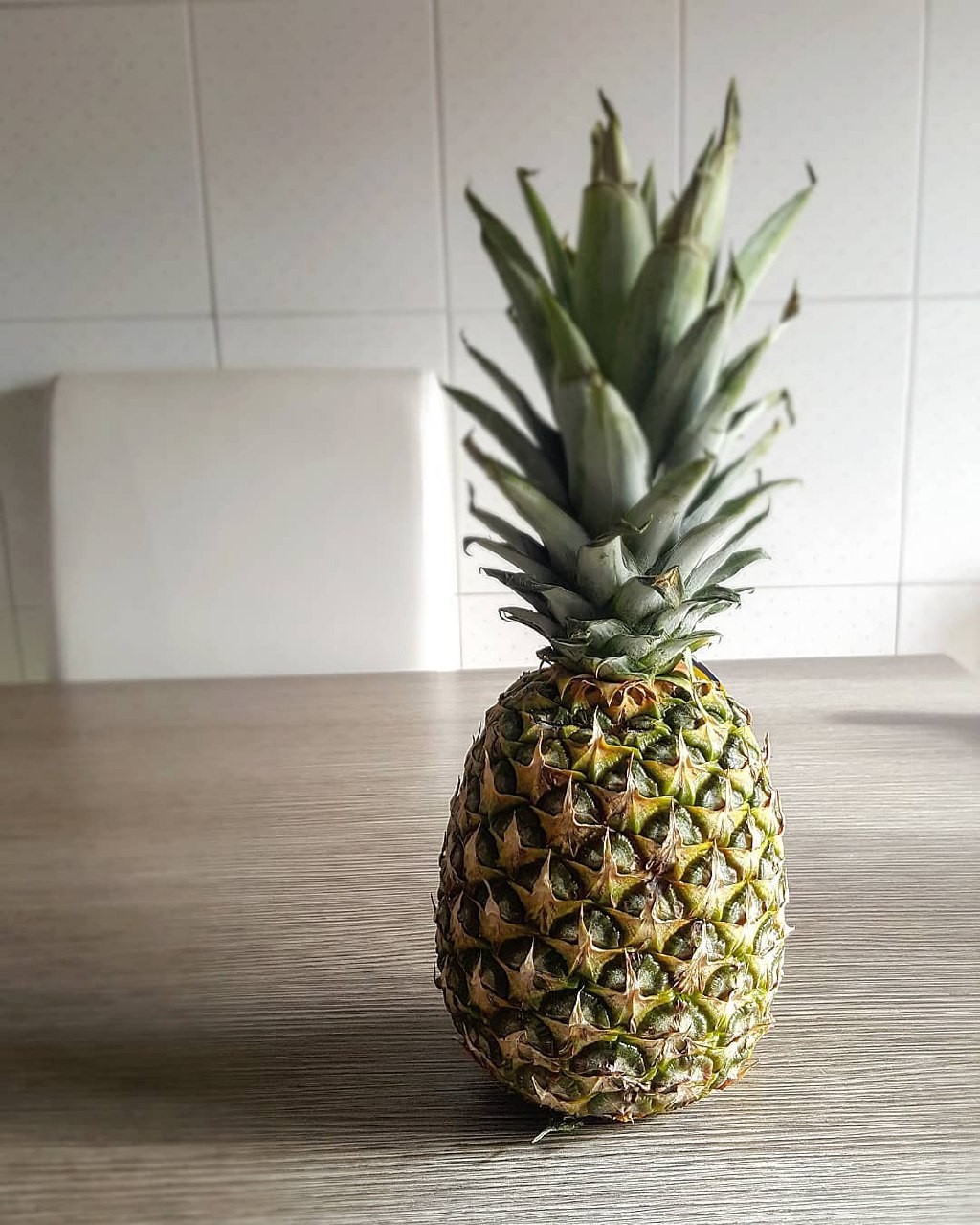 In Hokkien, the word for pineapple sounds like “prosperity”, so it’s believed that rolling one of these spiny fruits across the floor will bring good fortune upon those in the residency.

Another way of jio-ing Lady Luck into the home is to have everyone carry auspicious items as they enter. These can range from feng shui coins to simple things like fresh fruit.

2. Allow positive energy to circulate by turning on all appliances 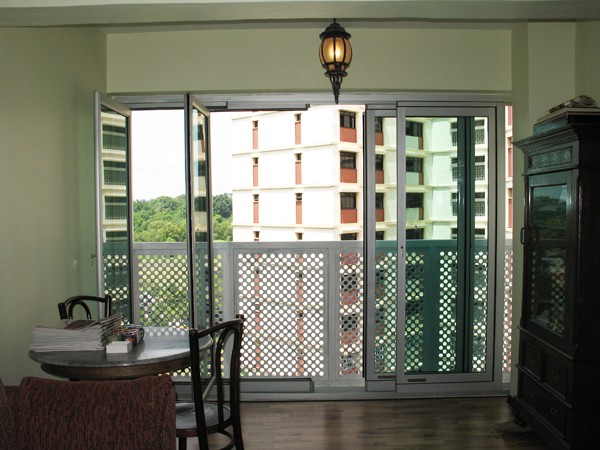 Opening all the doors and windows of a new home not only clears the stuffy air, but also symbolises renewal. The open spaces will allow positive energy, or “qi”, to flow into the home, replacing the previously stagnant energy. 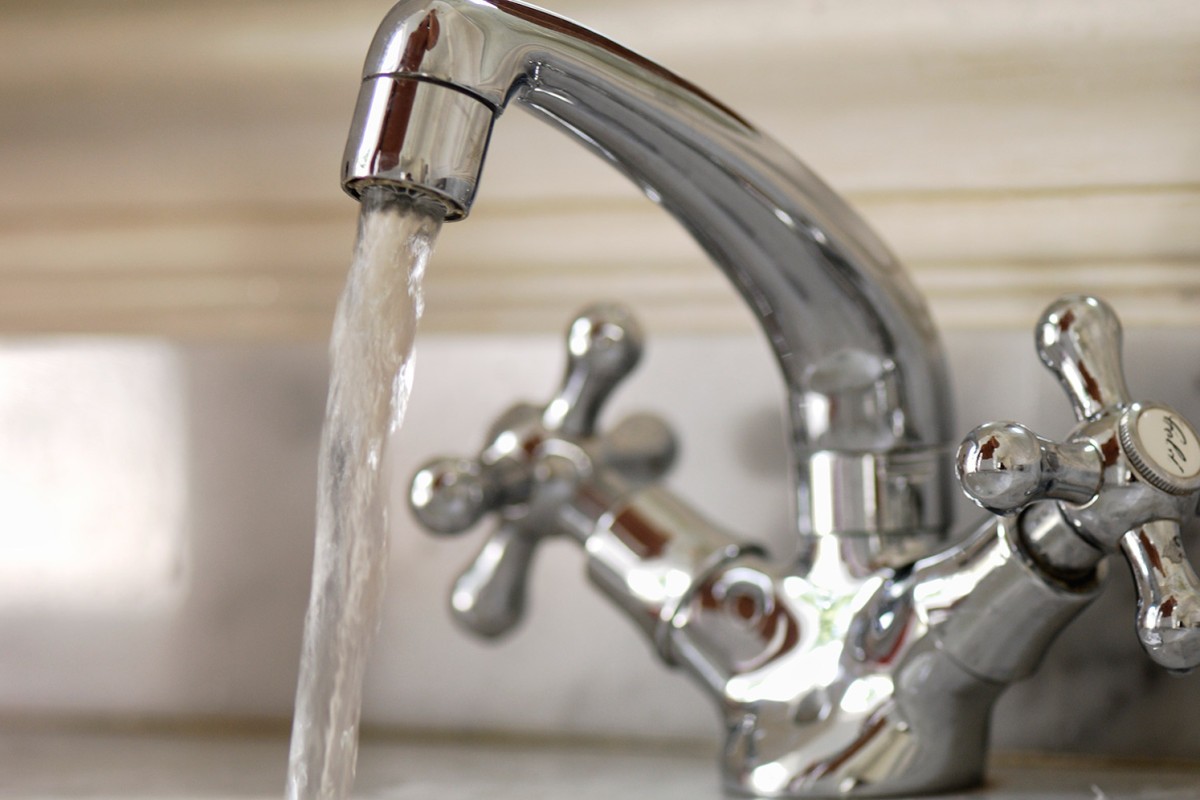 Alternatively, positive energy can be circulated by turning on all taps and electrical appliances for roughly three minutes. Plus, it’s also a good way to ensure that everything is functioning normally.

Just make sure you don’t forget to turn them off, or you’ll rack up quite a hefty water bill.

3. Sprinkle salt at all corners of the house to chase away spirits

Singapore has had its fair share of ghost stories. Whether you believe them or not, it doesn’t hurt to be a little kiasu when it comes to the supernatural.

Dropping some salt in the corners of a new home will supposedly chasing away the spirits which lurk there. Afterwards, the remaining salt will be thrown out of the door to conclude the “cleansing” of the house. 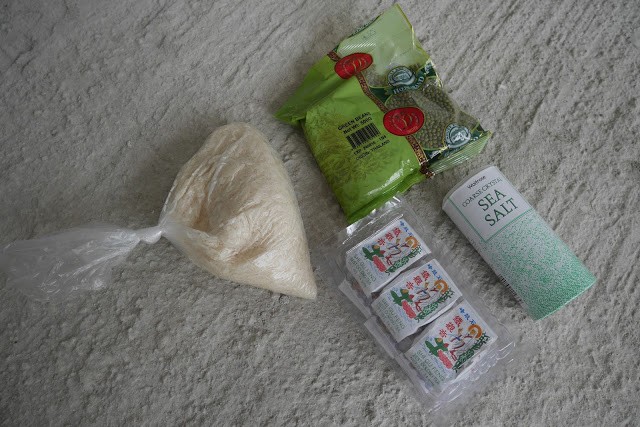 Scattering a mixture of green beans, uncooked rice, salt and Tie Guan Yin tea leaves around the house is also said to remove evils and plant the seed of wealth within the home.

4. Show gratitude through prayers and celebration

When first entering a home, it’s customary for Muslims to offer thanks to Allah for his blessings through a simple prayer. Being grateful is considered a noble deed in Islamic culture, and this is believed to bring even more blessings upon the home. 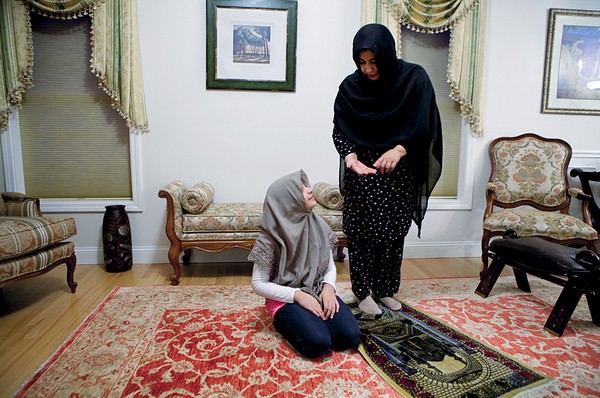 It is also customary for Muslims to invite friends and family over for a meal after moving in, because sharing the joy of the occasion is another way of showing gratitude.

5. Say a prayer of protection

In Islamic culture, a prayer of supplication is known as a “dua”. Reciting this prayer 3 times when one enters the home will rid the household of evils, and prevent harm from befalling the occupants.

6. Bringing a cow into the house for blessings

Some Hindu households hire live cows on their moving day. 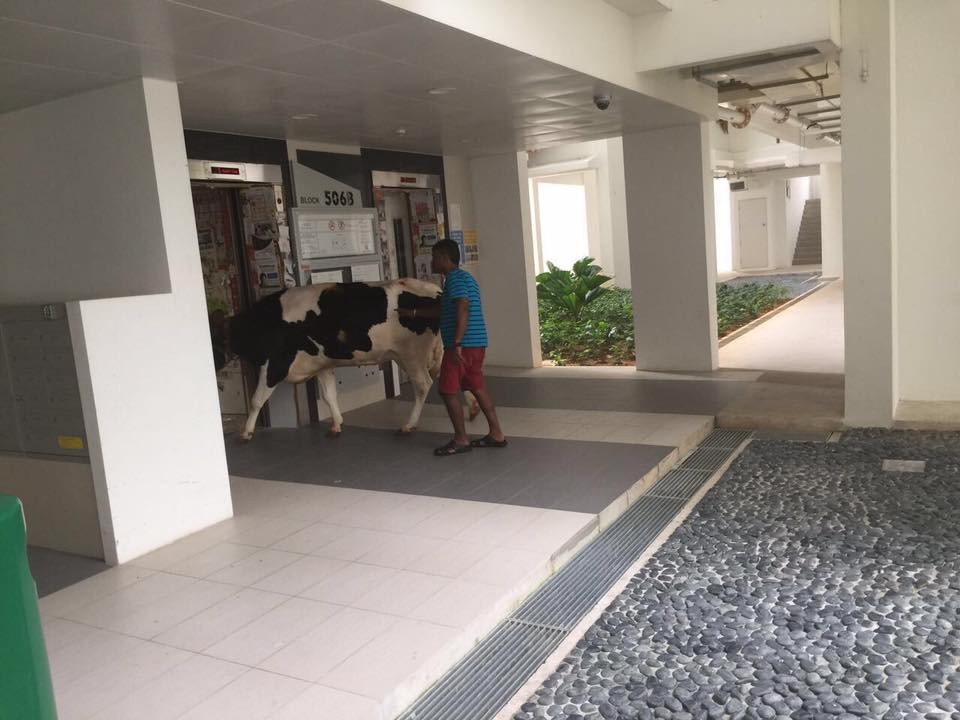 The cow represents Lord Shiva, known to be the destroyer of evil in Hindu belief, and bringing it into the new home signifies his presence. It is also stated in Hindu scriptures that the cow is an abode of all gods, and that Lakshmi, the goddess of prosperity, resides in its rear. If the cow defecates during the ceremony, it’s considered to a blessing of prosperity.

Of course, trained handlers will be on standby to catch the waste in buckets.

7. Boiling milk until it overflows to symbolise abundance

In Hindu tradition, it’s customary to boil a pot of milk on the stove when moving in. 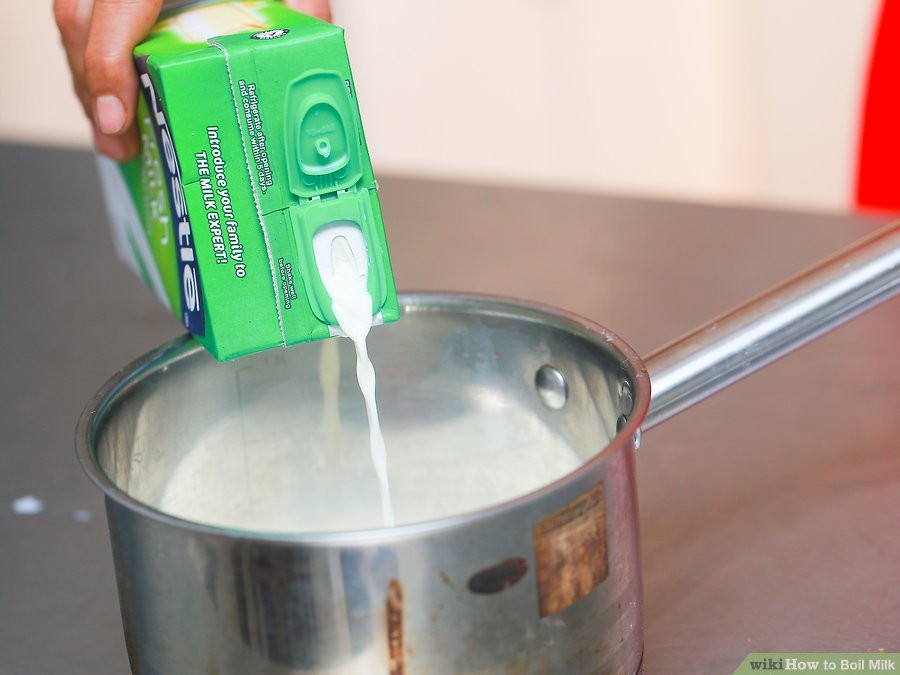 The stove will only be turned off after the milk overflows the pot, symbolising the abundance of prosperity and food that will bless the new home. A cup will be set aside for God, and the rest will be served to family members with a dash of sugar, which represents the sharing of both happiness and sorrows by everyone in the family.

8. Inviting a priest to bless the home 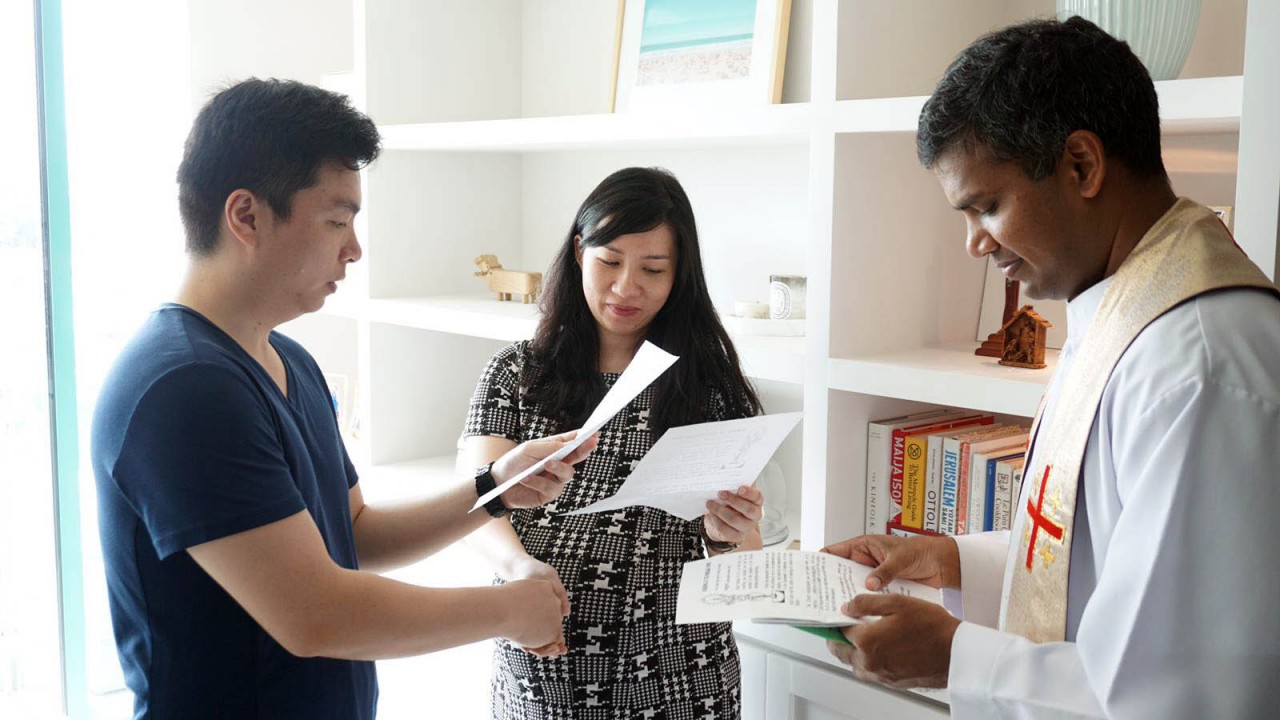 For Catholic households, blessings are typically carried out by ordained priests, who will sprinkle holy water in each of the rooms and lead the family in joint prayer.

While part of the blessing involves asking Jesus for his blessings and protection, the main aim of the ceremony is to maintain the presence of God in the household when people move into the new home.

Moving into a new home is a momentous occasion for anyone. With Singapore being home to a variety of different religions and ethnicities, it’s no surprise that there are various kinds of home blessings and ceremonies being practiced here.

If you’re considering getting a place of your own, read our article here for more things you should know.