The cost of living in Singapore

Whether you’re a fledgling stepping out into the corporate world or a seasoned laojiao with a couple of years under your belt, the challenge of adulting is universal. A never ending stream of bills to pay, expenses to consider and milestones to save up for… the list never ends.

It should come as no surprise that Singapore is one of the most expensive cities to live in. According to The Economist’s Intelligence Unit Study on Worldwide Cost of Living, Singapore clinched first place from 2014 – 2020, only dropping to 4th position as of July 2021.

But just how much does one actually need to survive? Let’s look at a likely scenario through the eyes of an average millennial, fictitious Fiona.

Read other articles on adulting:

Fiona is a 27-year-old management executive who still lives with her parents, takes public transport to get around with the occasional Grab or Gojek thrown into the mix when she gets lazy.

Enjoys occasional brunch and dinners out with friends and has a gym membership to keep her health in order. Now that we’ve laid out the facts, let look at the typical costs Fiona might possibly incur in a month: 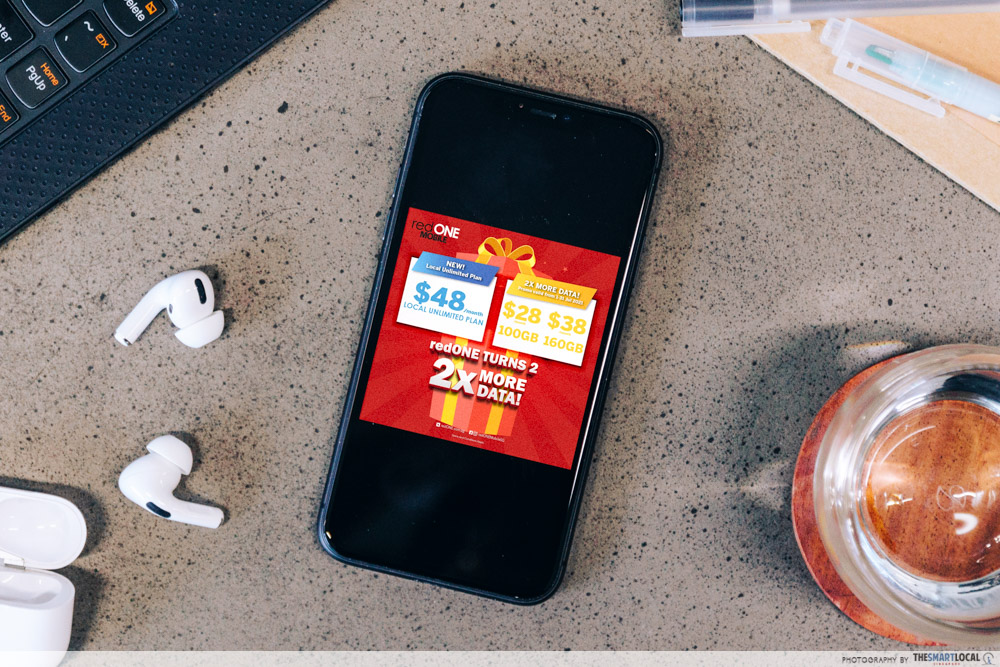 One of the key essentials for pretty much anybody, a mobile plan subscription can go for as low as $10 per month for a SIM-only 5GB plan. However, given that we all practically live on data, 5GB probably won’t be enough.

In this case, Fiona’s phone plan is a fairly decent 20GB SIM-only plan which she primarily uses to browse Instagram and TikTok, as well as binge on the latest Netflix series when she’s stuck on a particularly long ride home. On the average, this would set her back about $30/month.

Money-Saving Tip: If you’re looking to shave off some dollars, start by determining your exact data needs. Severely underusing your 20GB? Then you can perhaps downsize to a 5GB plan instead. However, if you regularly burst your data plan, then consider data-heavy SIM plans that range from $35-$50/month. 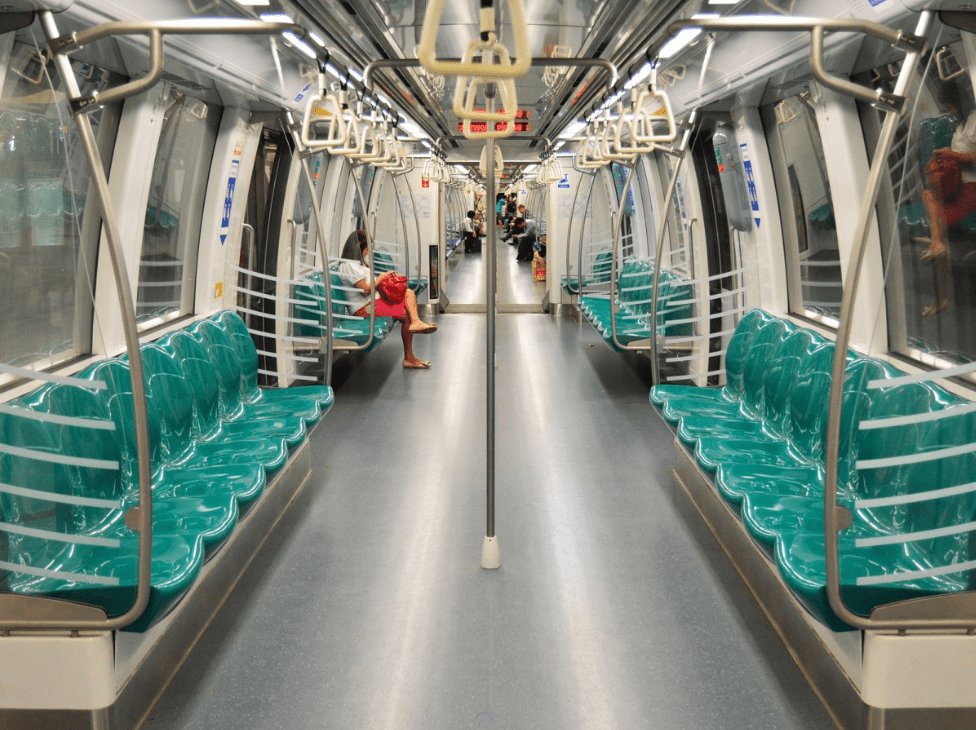 Granted that since working from home is still the default arrangement during this period, most of us should be able to save a fair amount from our regular commute to and from work. Regardless, some would still have to head into the office every now and then on weekdays, and of course going out or heading over to friends’ places on the weekends. 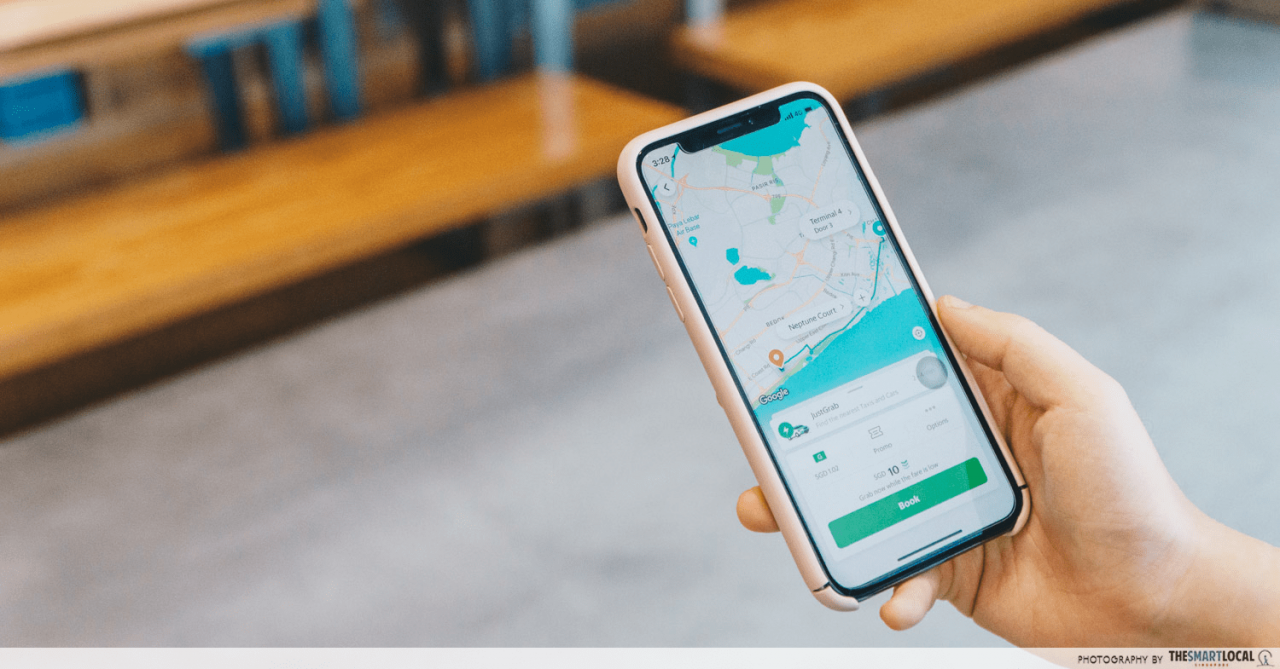 A conservative estimate for transport expenses would be about $120 – $150/month, assuming that most, if not all, of your rides will be either via bus or MRT. We’ve also factored in an additional $100 just for emergencies… you know, like that fifth time you hit snooze on your alarm.

Money-Saving Tip: Depending on your route to and from work, it might be more cost effective to purchase the Adult Monthly Travel Card (AMTC) at $128, which gives you unlimited bus and train rides for a month.

Even though Singapore is a generally expensive city, food is still surprisingly quite affordable, given the wide range of options available to cater to any budget. 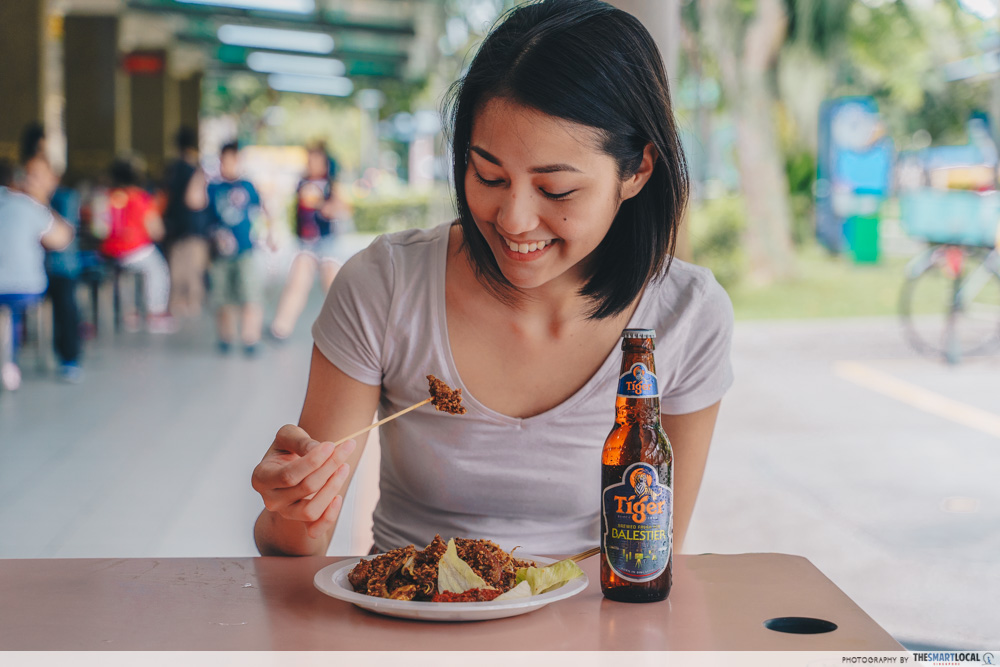 Picture for illustration only

Fiona leans towards the “eat to live” camp, and thus, isn’t too fussy with her food options on workdays. She sets herself a budget of $20 for both lunch and dinner during the week at the hawker centre, and some extra allowance for a bubble tea treat every now and then.

On the weekends, she prefers to eat at more upscale joints with friends, so she sets herself a higher budget of $40 for both meals on the weekend.

Money-Saving tip: You can save money on food by camping for 1-for-1 discounts and deals on Telegram groups like ‘SG Food Deals’ or by using apps like ShopbackGo and FavePay to accumulate cashback as you spend. 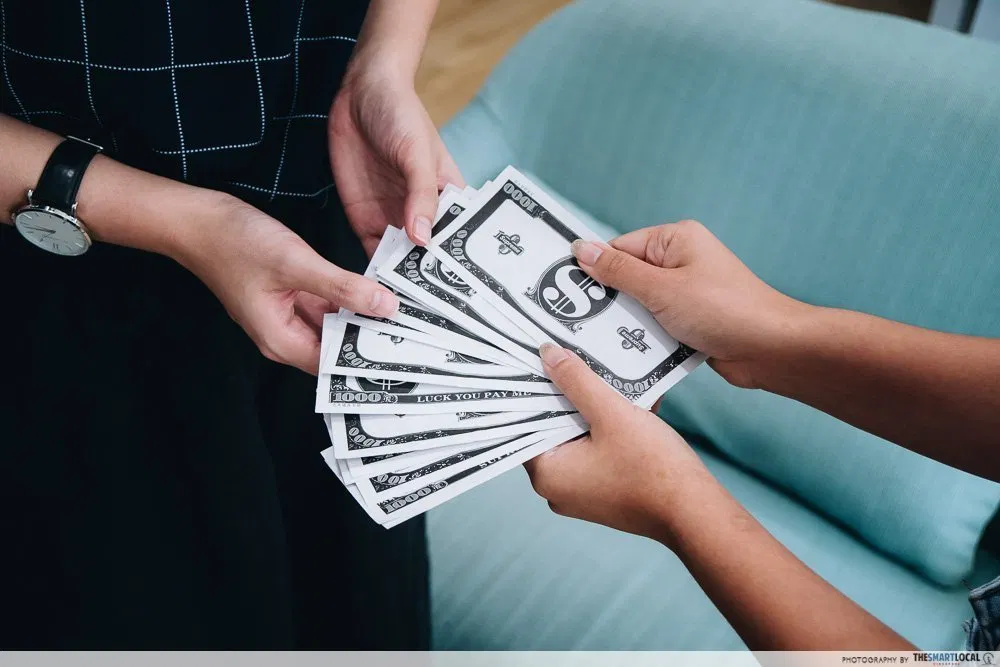 Most Singaporean children are well accustomed to the filial piety budget. In other words, repaying our parents for raising well by giving them a small portion of our salary.

In our case, Fiona decided to allocate $300 for both her parents which is a good 10% of her current salary.

This is not compulsory, but if you choose to do so, the amount is really up to your personal comfort level. Based on a survey, the median percentage that Singaporeans give their parents is pegged at 10%.

Money-Saving tip: Perhaps you’re unable to part with as much because you’re saving up for milestone events, you can start at a smaller amount (e.g. 5%) and then gradually increase that amount over time as your salary increases. 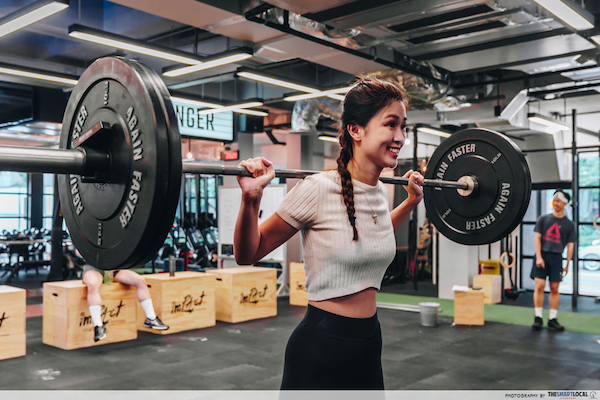 Picture for illustration only

Fiona’s 9-to-6 job keeps her relatively busy on most days, but she’s still committed to keeping fit as she gets older. Wanting that dose of adrenaline, she regularly attends HIIT classes after work, but that’s because she prefers a trainer to egg her on to finish that extra rep. This sets her back $240/month.

Money-Saving tip: Base your decision on your fitness goals. If you can DIY then go for a boutique gym, and if you prefer trainer-led classes, then consider class-based gyms instead.

As we take on adulting, one of the important expenses we previously didn’t have to worry about is insurance. After all, as we get older and eventually get bogged down with more commitments, it is important to have that peace of mind in the event of unforeseen circumstances.

Fiona has two of the most important policies any young adult would need to have: a hospitalisation policy, and a life insurance policy that includes coverage for critical illness. Fiona’s insurance payments: $60/month.

How did we calculate this? Looking across various insurance providers such as NTUC Income and Great Eastern, a basic hospitalisation plan covering a public B1 ward for a non-smoking 27-year-old costs about $20-$25 monthly. As for life insurance, a basic plan that covers up to 65 years would start from $25/month.

Money-Saving tip: Don’t bite off more than you can chew. It’s great to have multiple overlapping insurances, but as a rule of thumb, try not to have your insurance costs exceed 10% of your monthly take home salary for essential coverage.

The last thing Fiona wants is to suddenly wake up at 60 and realise she has next to nothing in the form of savings to live on, so she religiously puts aside $300 in savings. Yes, she has her CPF and that gives her some sort of buoyancy, but the reality is that it’s often not enough to meet her retirement income needs.

Money-Saving tip: Consider investing your savings rather than leaving them stagnant in a bank as its value diminishes over time, no thanks to inflation. Investing in the market often yields higher returns, as long as the market does what it has been doing for the last 100-over years.

Comfortable low-risk investments would include setting aside regular contributions into defensive portfolios offered by RoboAdvisors such as Syfe and Endowus, or investing in high-interest savings accounts. 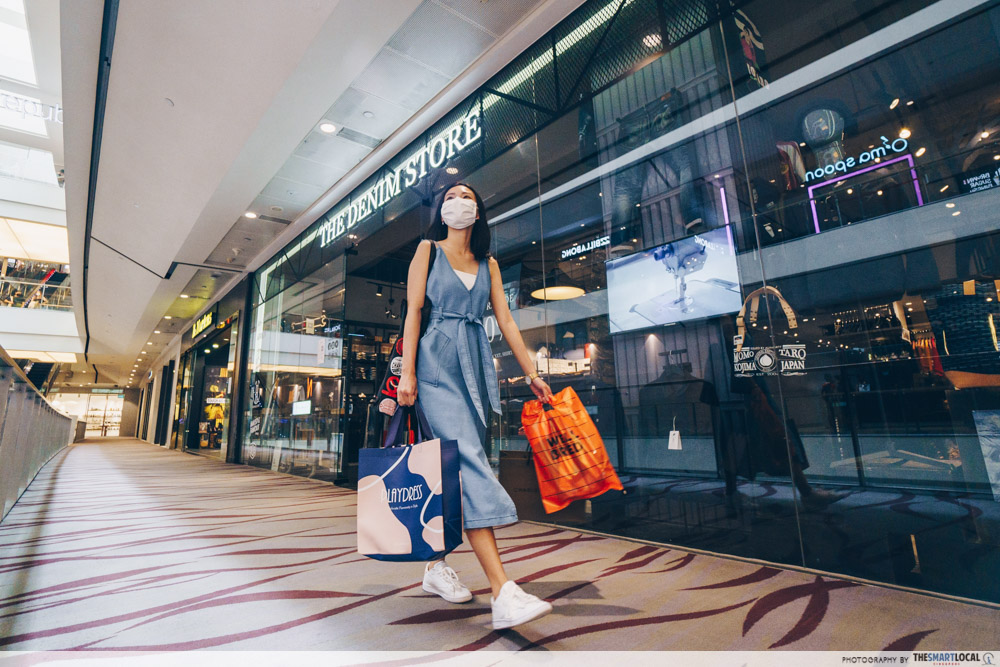 Of course it can’t be all work and no play. So this $250 makes up the rest of her recreational and social spending including a couple of new outfits per month just to update her wardrobe.

Living in Singapore: how much do you really need?

Based on Fiona’s choices, her monthly expenses would set her back approximately $2,030, which includes expenses such as food and transportation as well as diligently setting aside some money as ‘compulsory savings’.

However, this is really just an estimation based on our fictitious Fiona which models after the typical millennial. Here’s how much you might need in terms of a salary for different types of lifestyle choices: 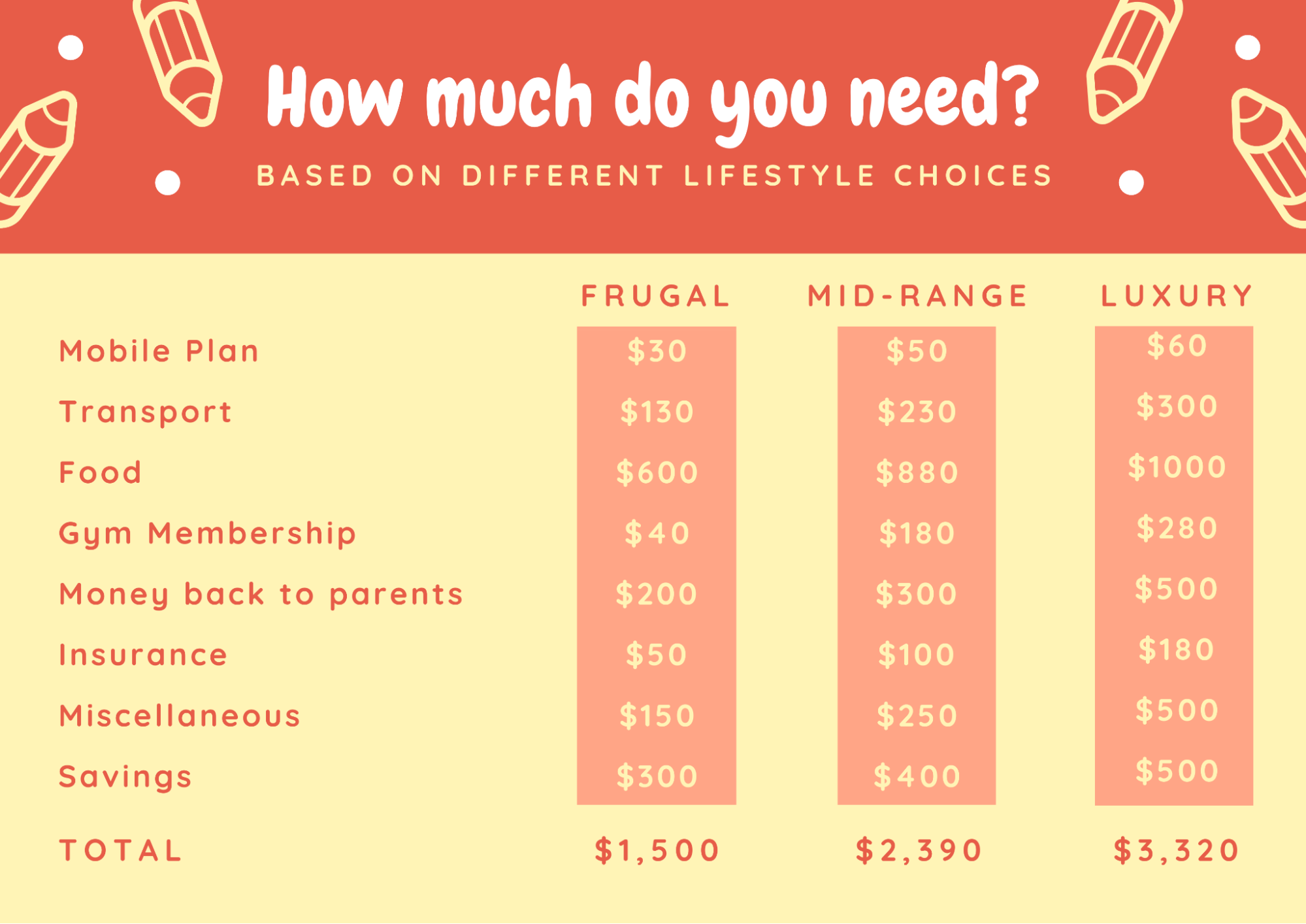 My tip here is to be realistic about your expectations. Assess how much you can realistically afford for a big-ticket expense such as a wedding or a house, and downscale if necessary.

For example, a giant dinner banquet at a five-star hotel can cost upwards of $180/pax, but if that is a little out of reach in terms of affordability, an intimate 50-pax affair at a decent restaurant can be equally romantic with a more affordable price tag of an average of $120/pax.

Similarly for a home, assuming you’re applying for a BTO, consider factors such as the size and the location -mature estates tend to cost more than emerging estates. Once you’ve got an idea of that, then see where you cut costs.

A very rough estimate I would say is for you and your partner to cater at least $500 in savings over the course of five years. This will give you a minimum of $60,000 which should be more than enough to cover a decent wedding and eventually the downpayment for a home in an additional year’s time.

I’m renting my own place

If you are not staying with your parents, then you’ll have to consider additional factors such as your monthly rent, utilities and other expenses such as groceries and maintenance.

Depending on your location and type of unit you’re renting, this can cost you anywhere from $550 – $1,200 for an individual room in a HDB, and an upwards of $2,100 for a whole condo unit outside of the central region.

In terms of utilities, it will largely depend on if you’re shouldering all the cost alone or sharing with housemates, but prepare to allocate anywhere from $50-$80 for key utilities such as gas, power, water and Wi-Fi.

I own a car

The luxury of a car comes with its own set of payments from weekly petrol and servicing to insurance and road tax. If you haven’t done any calculations of your own, you’ll be able to find the breakdown of the costs of owning a car in Singapore here.

But TLDR; it’s around $1,300/month. This will bump up your monthly expenses by a considerable amount, and I would generally recommend not having a car of your own accord unless you have a salary closer to $4,500.

Check out our other articles on adulting in Singapore: 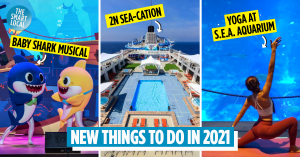 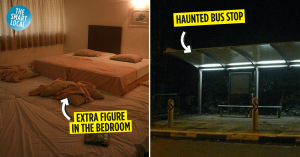