Adventure in Singapore comes in many forms – we can explore our parks on foot, hop on a bike to check out PCNs or embark on hiking trails to our country’s hilly peaks.

But one group of people decided to challenge themselves by doing things a little differently: embarking on a 72KM Coast-to-Coast Trail on wheelchairs to push their own limits, inspire others and also raise funds for charity.

Note: Interview responses have been edited for clarity.

The people behind the trek

It’s impossible to tell this story without first getting to know a little more about the participants. I first spoke with 25-year-old Fatimah Zora, better known as Zoe Zora; an all-out hustler with a soft spot for Netflix shows. 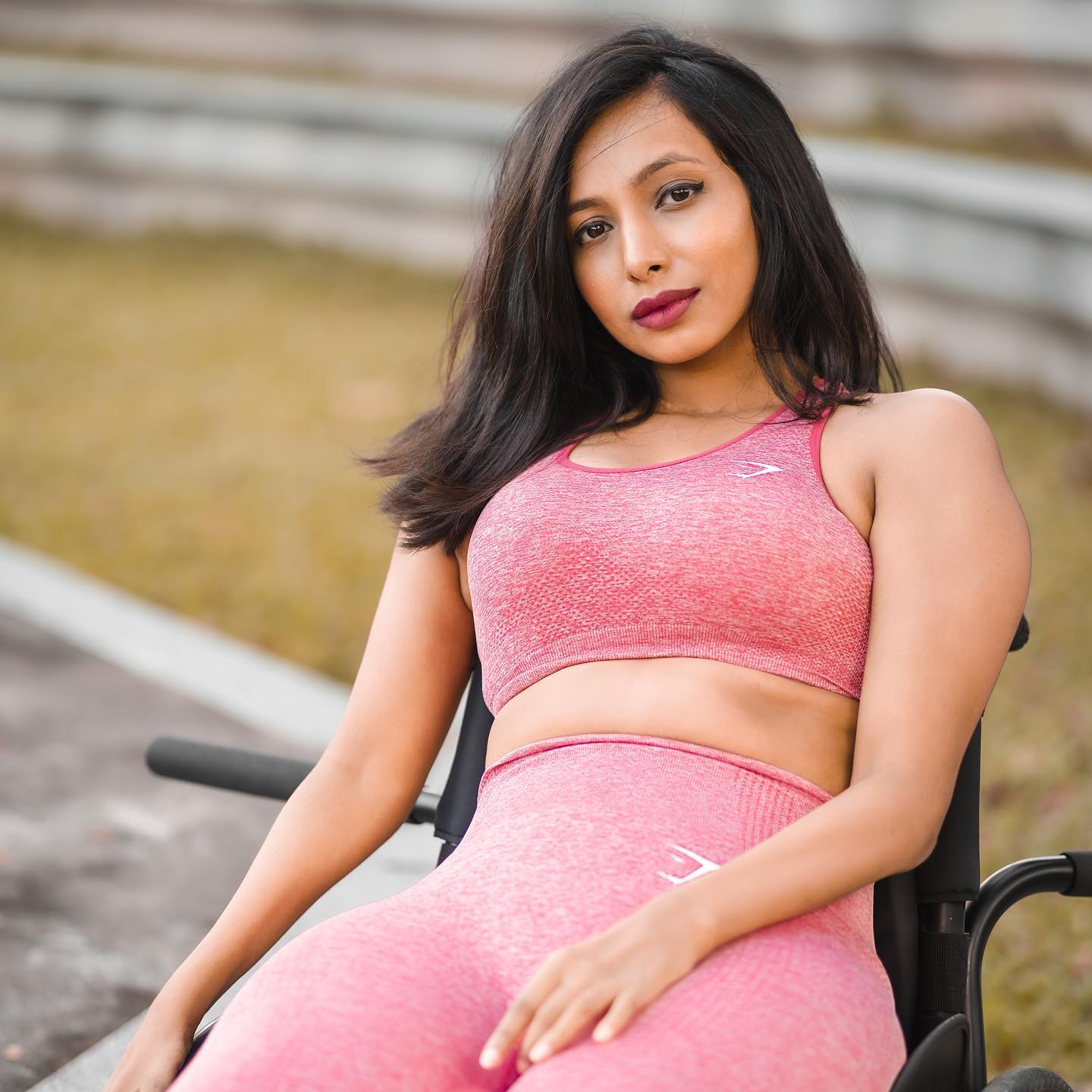 Five years ago, she got into a car accident in India which paralysed her from the neck down. “It was very traumatising, going through an experience like that.” she shared, explaining that the battle against social stigma was one of her biggest struggles.

“Being able-bodied is great. Suddenly being disabled, I felt so out of place. I guess I felt that my body would never be accepted by society because everyone was looking at me very differently.”

But now, the full-time programme manager for an inclusive running club does influencer work, modelling and can often be found giving speeches at events. 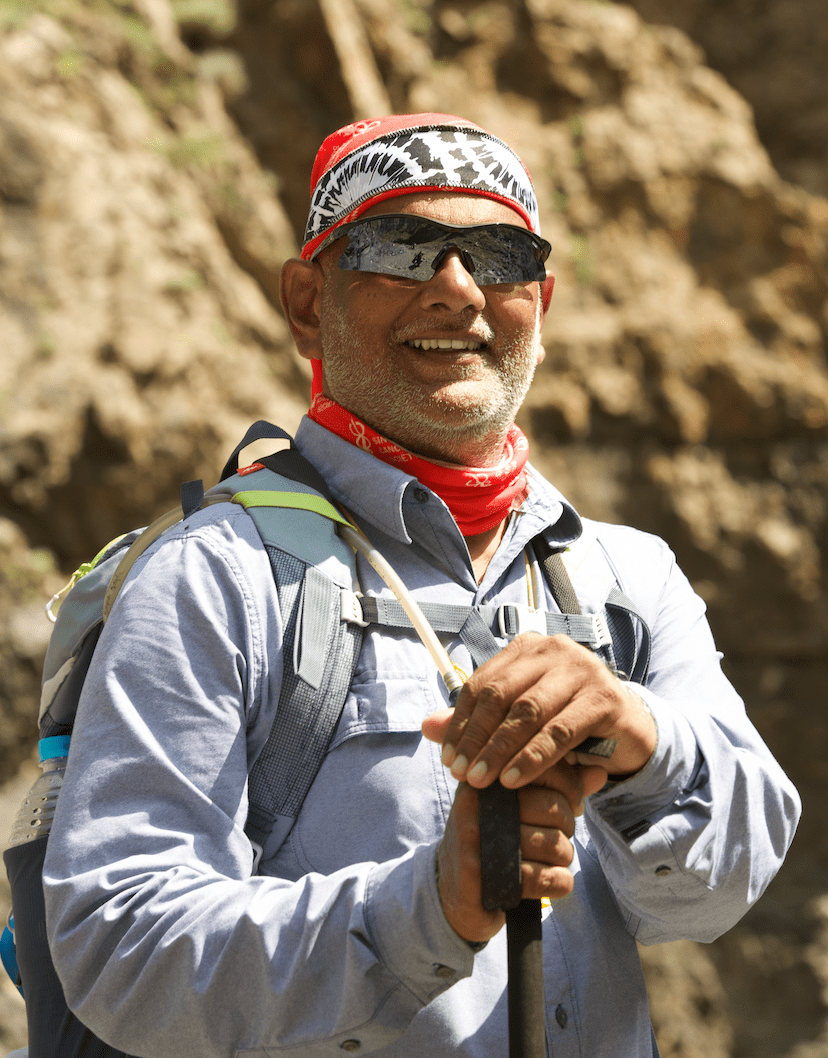 Then, I met Ellil Mathiyan, a hearty 62-year-old man who’s a director of a security agency, president of the Ostomy Association of Singapore and co-chair of the SingHealth Patient Advocacy Network.

However, not everything was smooth sailing for the wildly successful individual. A decade ago, he was struck with two cancer diagnoses – “it’s a case of buy one get one free la”, he jokes.

Not one to throw in the towel, he built himself back up stronger than before over the years, with long-distance fundraiser treks, marathons, kayaking expeditions and dragon boating under his belt.

Spilling words of wisdom, he shares, “Just because I was diagnosed with cancer doesn’t mean I have to stay home, wallow in self-pity and curse my life. I felt that there was more to life than that. When you go through a life-threatening diagnosis and come [out of] it, you have a lot of time to reflect. Your perspective in life totally changes.” 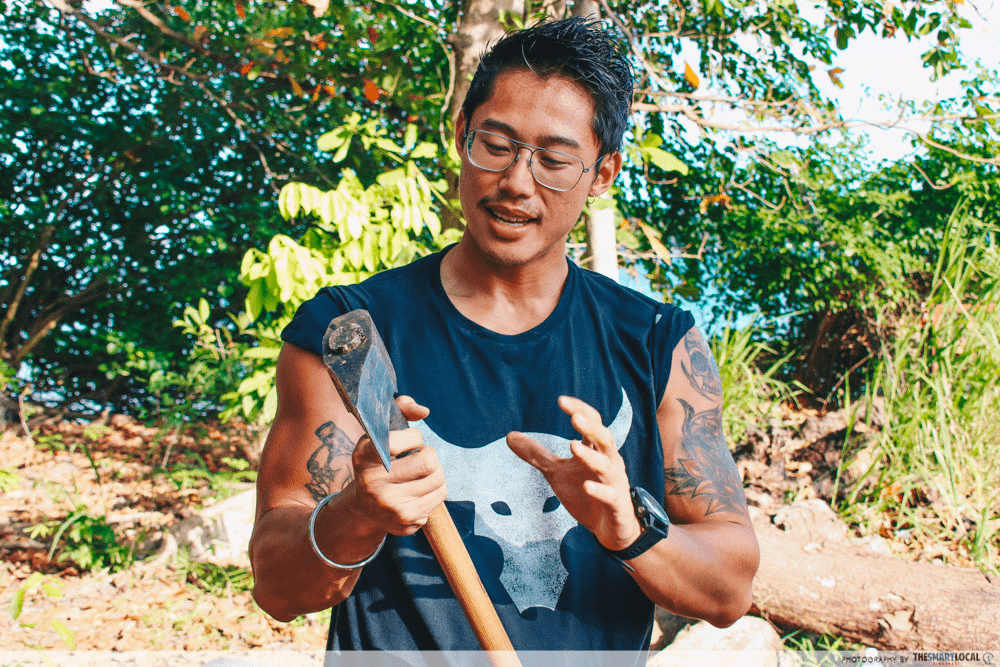 And finally, introducing the man behind this big idea: Scott Tay. You may have seen him featured in our bushcraft survival course and Mongolian yurt getaway guides, or on the news as the man who did an 800KM trek across Mongolia for charity.

This is the story of how Scott, Ellil and Zoe, who, among a group of eight able-bodied folks and PWDs, completed the challenge over one weekend in September 2021.

Gathering the team over a month

72KM! The Coast-to-Coast Trail! On wheelchairs!

I ask Scott how the wild idea even came about, to which he replies by introducing Mansor, an old friend of his who recently lost his sight.

When questioning how he could help his friend and others within the disabled community, Scott came up with an idea to merge his passions in adventure and charity work: a long-distance wheelchair trek.

The team wouldn’t comprise your everyday gym junkies or fitspos – even though that would have seemingly made completing the task a lot simpler. Scott wanted it to be made of people who were strong mentally and acted as beacons of hope.

However, gathering his team of eight was a long process, taking up to a month. These people would have to take turns pedalling the wheelchairs to complete the 72KM together – no easy feat. To prepare, Scott also took the time to speak to the Society for the Physically Disabled (SPD) for recommendations and reached out to potential participants before kicking things off.

So what did Ellil and Zoe think when they first heard about the plan?

But in all seriousness, both were more than happy to be on board as it was a way to raise awareness that setbacks like theirs aren’t the end of the world.

“To be very honest, I was ignorant before my injury too. I didn’t know that this was what disabled people had to go through,” Zoe adds. “I was 20 when I met with my accident. I was clueless then as well, so that’s why I believe that change can only happen with education.”

Preparing for the wheelchair trek 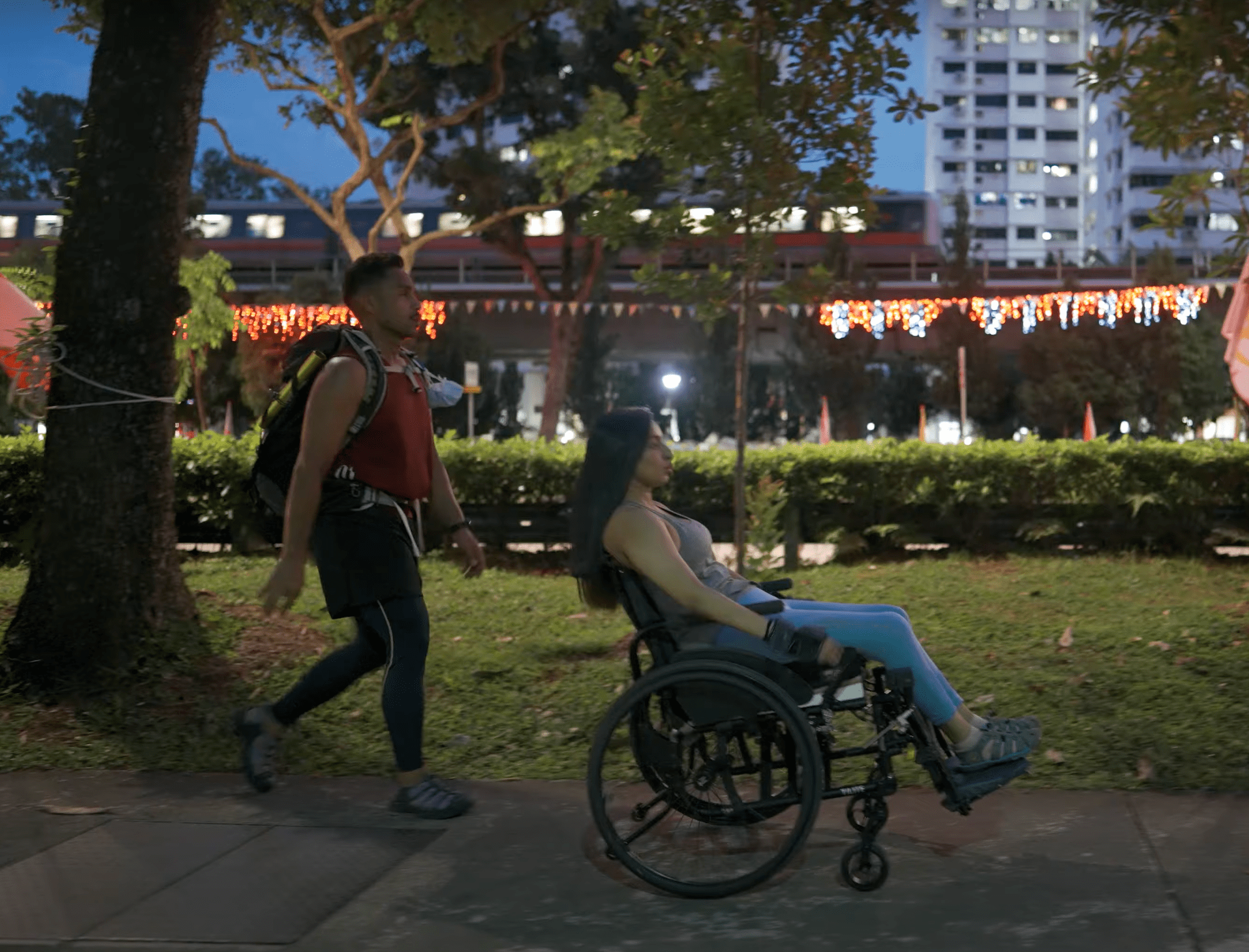 “[The planning involves] logistics, team training, contingency plans and finding a compelling story for the campaign,” lists Scott. With so many things to consider, orchestrating an event like this isn’t easy, even when you’ve got as much trekking experience as him.

Before the 72KM journey came three training sessions. Being able-bodied, Scott, Ellil and some of the other participants faced their first obstacle right off the bat: maneuvering a wheelchair.

“We discovered that going uphill and negotiating slopes were so dangerous because you could just flip backwards and crack your head,” shares Ellil.

The biggest hurdle came on just day one of training, when Zoe nearly passed out from overheating. Her body isn’t able to sweat, she shares, and because of that, she couldn’t regulate her temperature on the sweltering hot day.

“I was going up a slope and suddenly, I wasn’t feeling good.” She recounts her skin going red, her vision going black and not being able to breathe. “It just got really ugly. My injury was taking over me and I felt really defeated that day.”

But through trial and error, the team managed to problem-solve their way through the difficulties. Zoe could proceed if she always had water on hand at all times, and Mansor* could wheel himself along as long as he was getting verbal cues to navigate the terrain.

*Due to an infection, Mansor was unable to participate in the 72KM trek. 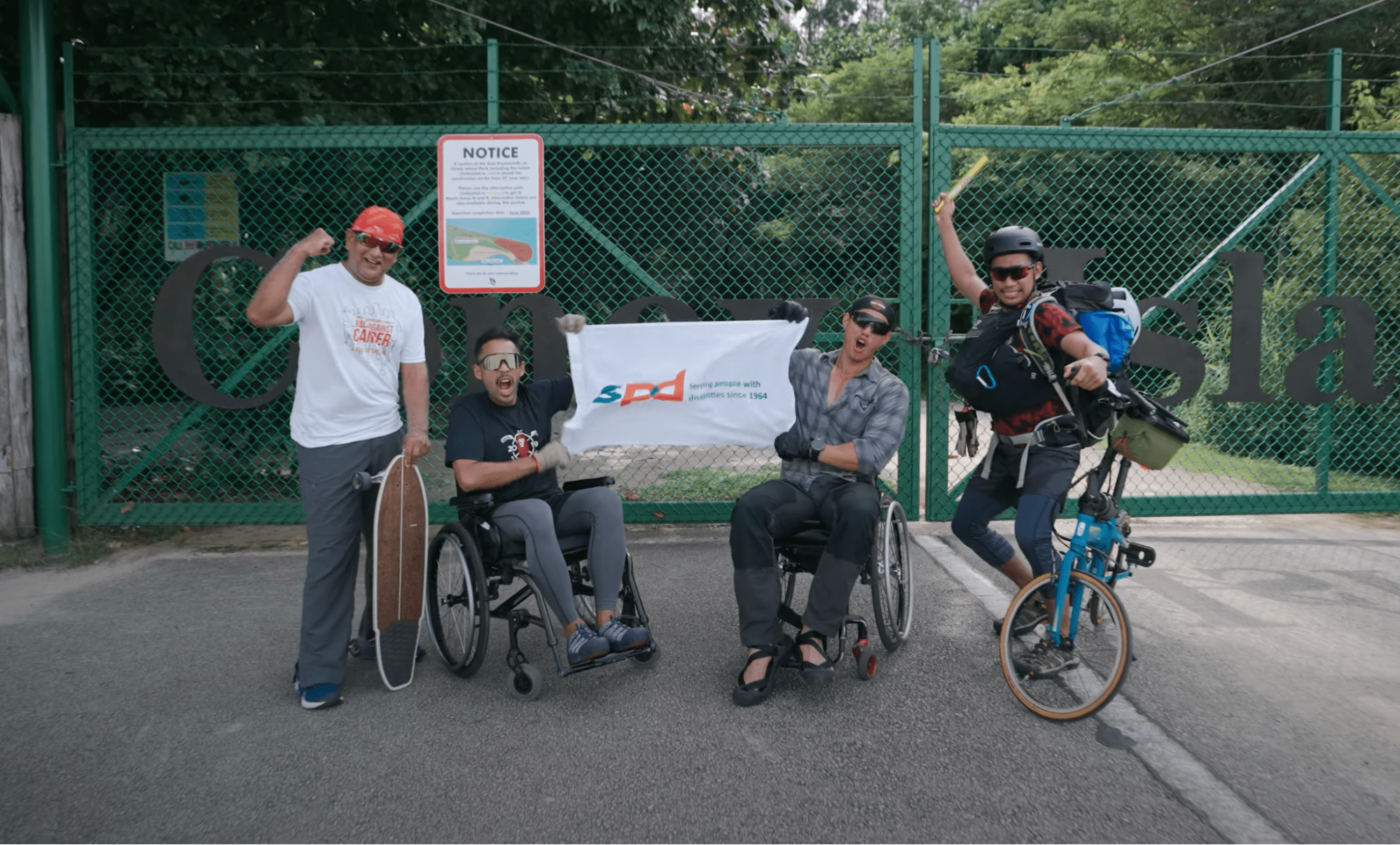 In tag-team fashion, the team embarked on the Coast-to-Coast Trail from 3rd to 5th September 2021, for seven hours daily. Starting from Jurong Lake Gardens, they made their way to Coney Island before making a U-turn back to the starting point.

Ellil: What did I get myself into?
Zoe: I could keep going because everyone was so encouraging and we were doing it together. The best part of the experience was that I was ahead of Scott!
Scott: I’ll just give her the credit, man. 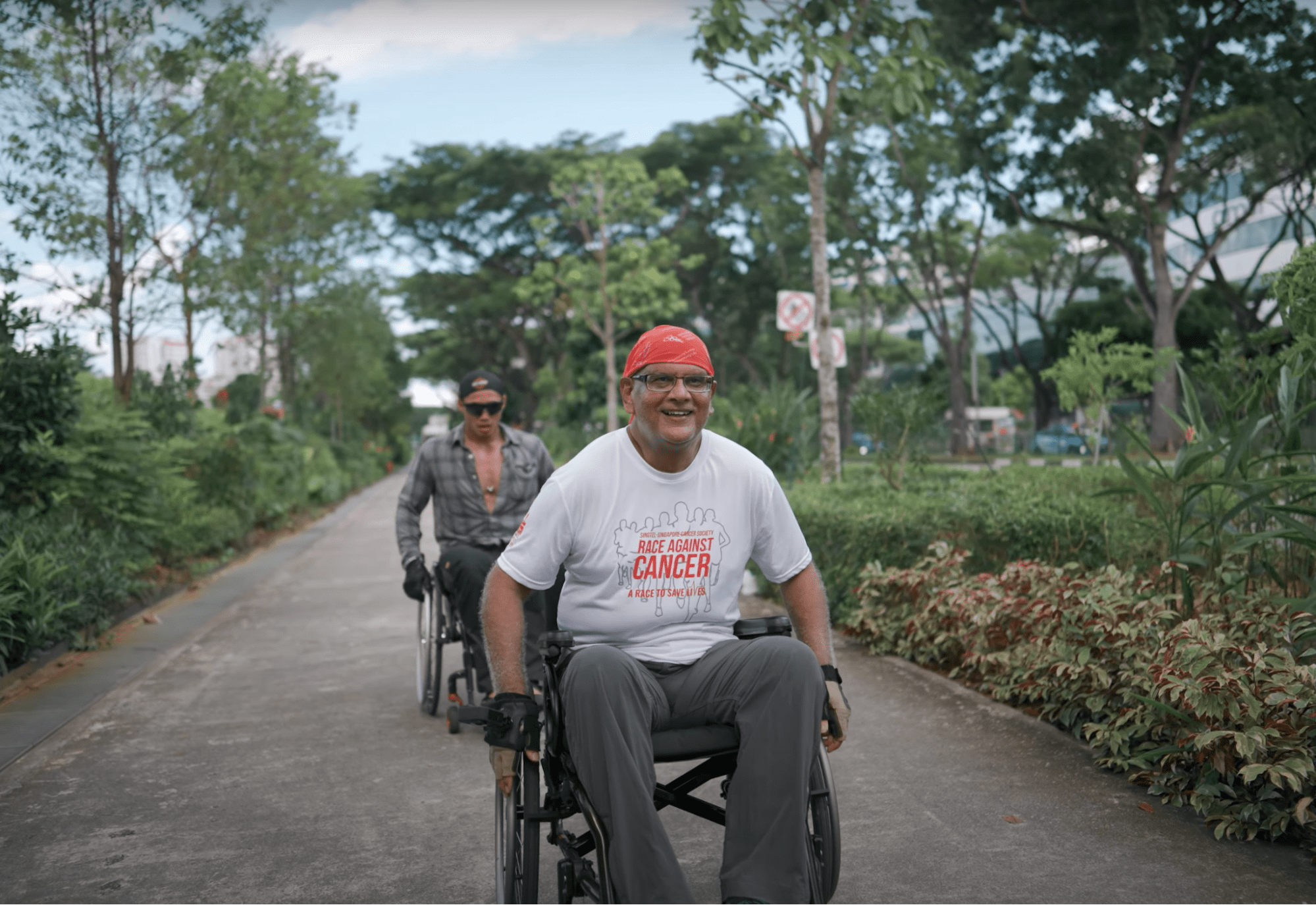 If there was one thing they can all agree on, it’s that travelling long-distance on wheels was far tougher than any of them could have imagined.

Day to day, most of us can walk uphill without a second thought – but on a wheelchair, even the mildest of slopes can feel like a mountain.

Eillil: Our second segment on the second day was from Ang Mo Kio Avenue 5 to ITE Ang Mo Kio. They found a relatively easy segment for me [to go through], but even so, I really struggled and needed to be helped.

Zoe also faced a tough battle going uphill due to hip problems, with everyone else facing troubles like broken shoes and blisters. At one point, an entire section of the trail was completely inaccessible via wheelchair, so the team had to improvise and take a short MRT ride to bypass the area. 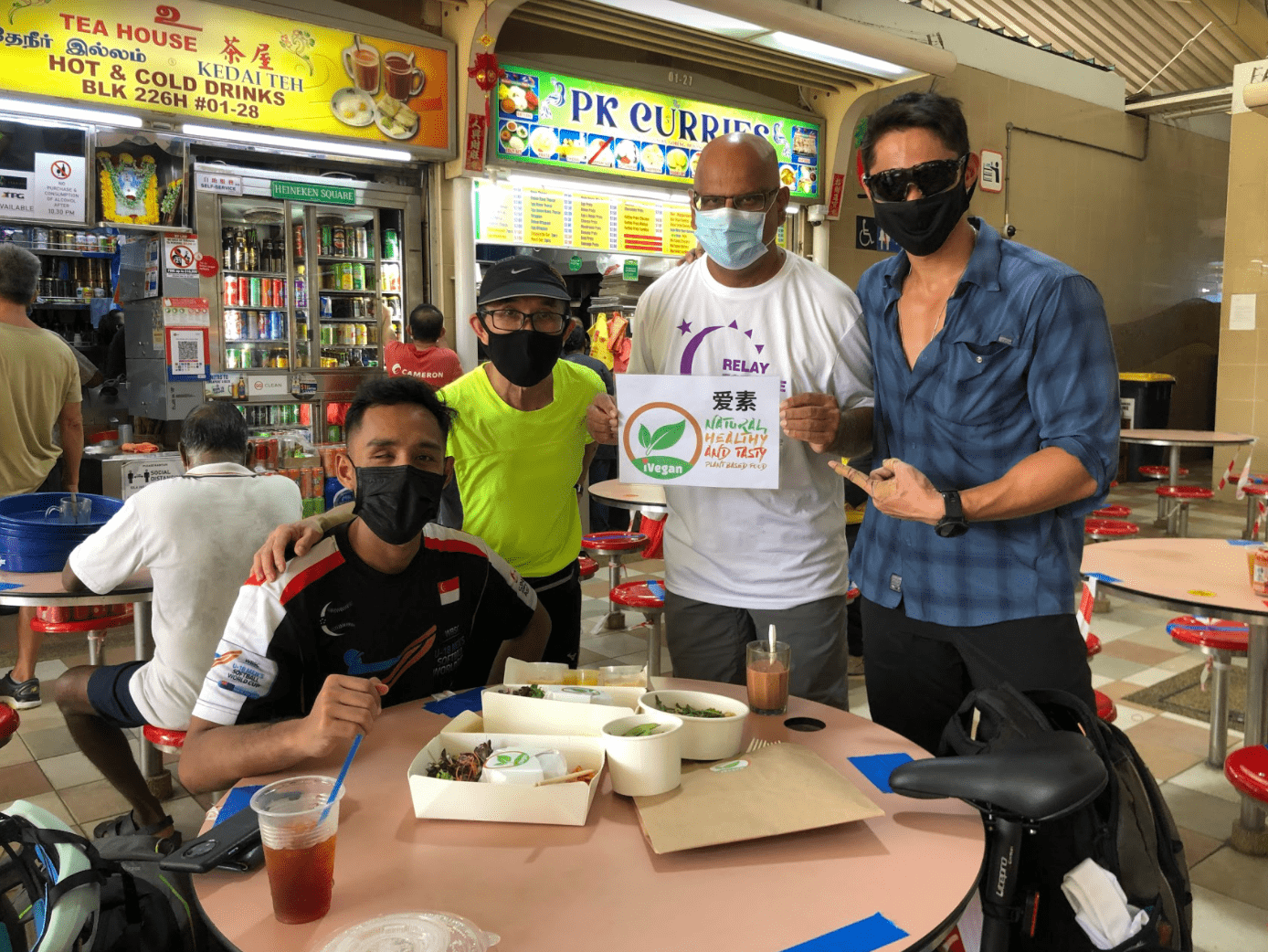 Despite these challenges, the trio sang nothing but praise and admiration for one another and showed appreciation for the support they were given. Among the many supporters was a vegan restaurant that sponsored all their meals through the trek, MRT staff that allowed them a free ride and friends and family who came down to cheer on the team.

Embarking on a Coast-to-Coast wheelchair adventure across Singapore

Embarking on a walk across Singapore is already a workout on its own, so doing it in a wheelchair is a feat we can only imagine overcoming.

The team managed to raise $24,000 for SPD over the course of a few weeks, and while the campaign is over, there are still ways you can provide support.

Says Ellil: “As I was going through the trek, I realised what people who use wheelchairs experience on a daily basis – whether you wheel yourself or someone else is wheeling you. It really hits you when you’re in their shoes,” 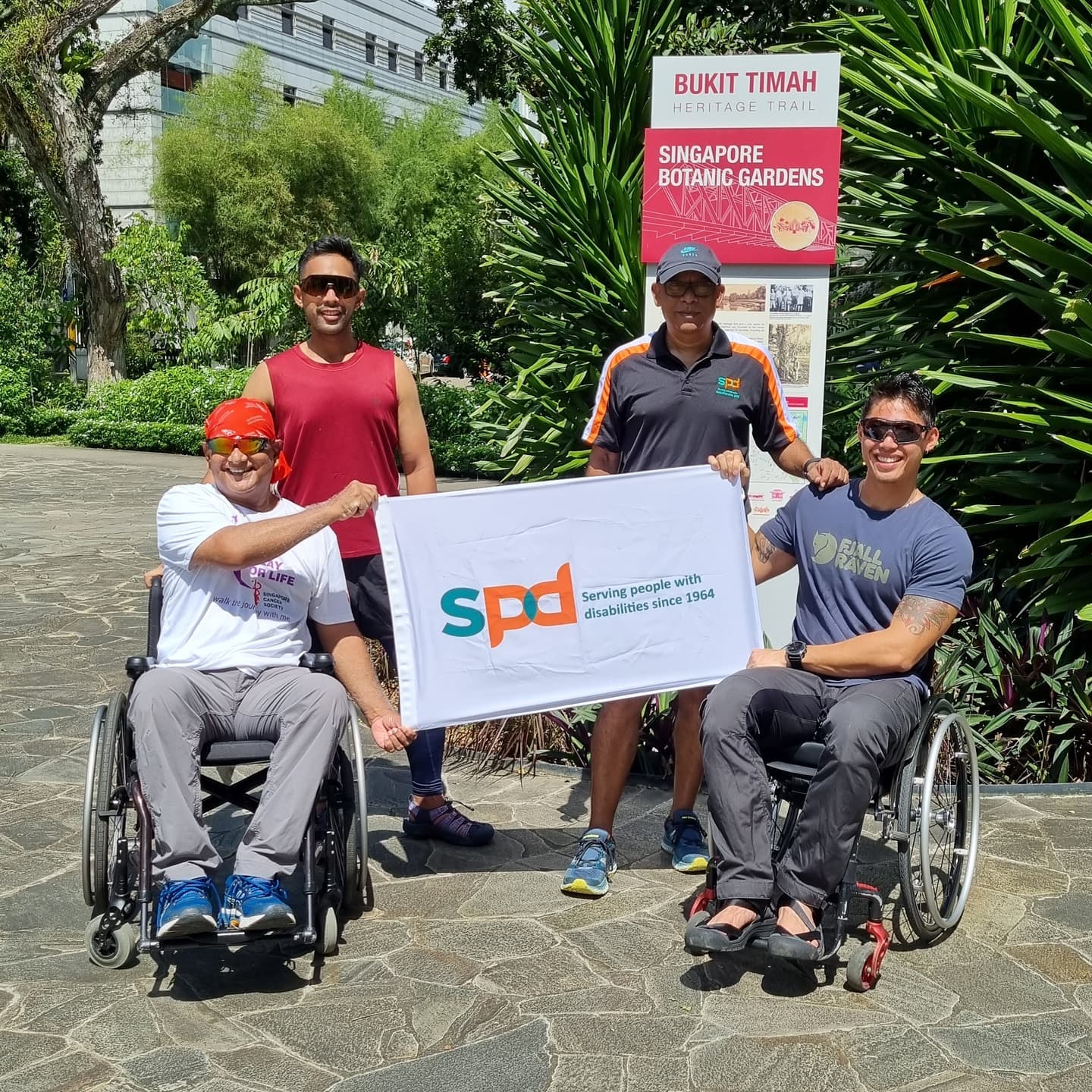 “There’s so much that we can do to help [people with disabilities]. Donating money is important, but we can do more than that,” Scott shares. Breaking stigma, being sensitive to their needs and empowering them are what’s truly needed to help people overcome the mental struggles that can come with their physical disabilities.

For Zoe, the whole experience was more personal, given that it this was an opportunity for her to battle against the stereotype she’s been pegged with for years.

“Being with a disability does not mean your life is over. You can still do many things you love without feeling limited. [As for our society], I’d tell people to look past our wheelchairs and put people first before their disability.”

“I was so happy to be able to do this with everyone else, and it was nice to see how the whole team came together. It felt like everyone was there to support a community that was feeling left out for a very long time – you’re reminded that you’re not alone in fighting your injuries.”

Beyond Expeditions is planning its next project for April 2022. While more details have yet to be announced, they’ve shared that this time around, it’ll be a 100KM trek on foot, with participants dragging tyres, to raise funds for the Singapore Cancer Society. Stay tuned to their social media to find out more.

If you’d like to donate to show your support, here are some organisations to get you started with: 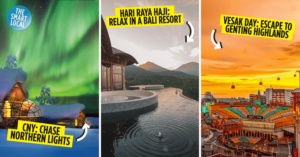 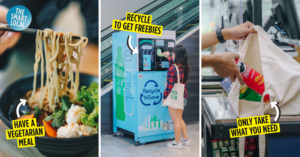