Batman vs Superman; Pokemon vs Digimon. 90s kids will remember these debates that could last an entire recess break. But one important discussion that we’re forgetting is the greatest rivalry of all: backpack vs crossbody. This debate has even reached Hollywood’s silver screen, with actor Channing Tatum saying in the movie 21 Jump Street, “You gotta one-strap it”.

Back in a time where we still had to wear uniforms, choosing the kind of bag to carry was one of the few ways we could “express” ourselves at school. Here are nine iconic school bags 90s kids used to carry from the good ol’ days:

For a hit of nostalgia, check out: 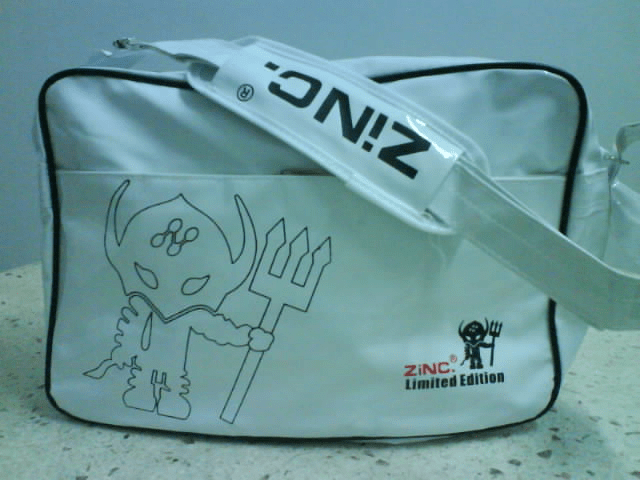 Before Captain America: Civil War, the OG divide between the cool kids and the slightly less cool kids boiled down to whether they rocked sling bags or not.

Eventually, it got to the point where the cool kids decided to get rid of one of the bag straps completely and opt for just a sling bag. And nothing was more iconic than a ZiNC sling bag, which came in a variety of designs and colours – black and white were the most popular as they often made us appear more “edgy”. 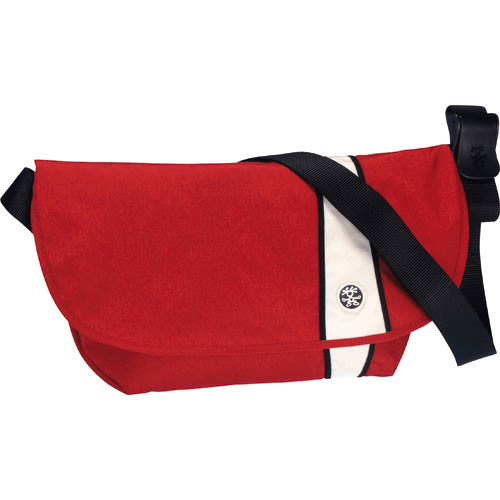 Before the kids nowadays started rocking pricey branded bags such as Supreme or Off-White, Crumpler was considered the brand that many of us could only dream of having due to its slightly higher price tag.

With the Crumpler, tweens were finally able to understand the intricacies of the sling bag: What’s the optimum length of the sling? Is there a perfect bag-to-butt ratio where the bag doesn’t hit your legs while not slapping your butt with every step? 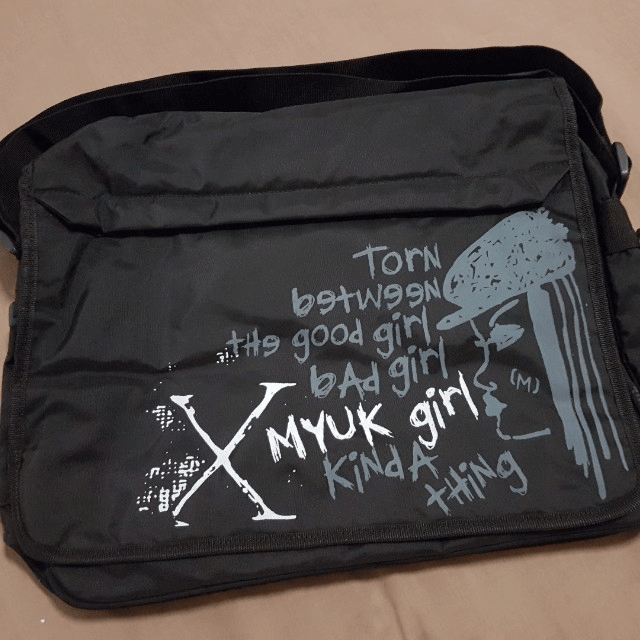 For all the emo teens who listened to My Chemical Romance and reposted sad photos on Tumblr, the MYUK “emo” bag was the bag to have. MYUK bags used to be all the rage for their edgy quotes and designs. Like the adult equivalent of “Live, Laugh, Love”, the quotes are cringey in retrospect, but hindsight is always 20/20. 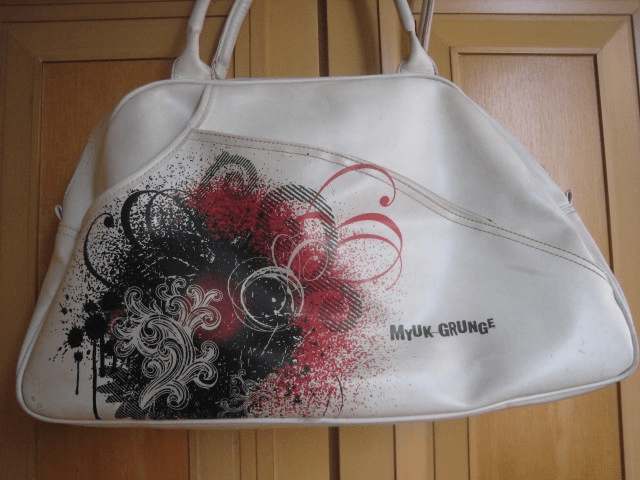 Also, there was always the awkward moment where no one really knew the correct way to pronounce “MYUK”. Do you say “Mee yook” or spell out the individual letters? Equally egregious was if you pronounced it as “My UK”, which is definitely the name of some telco company in the United Kingdom. We think. 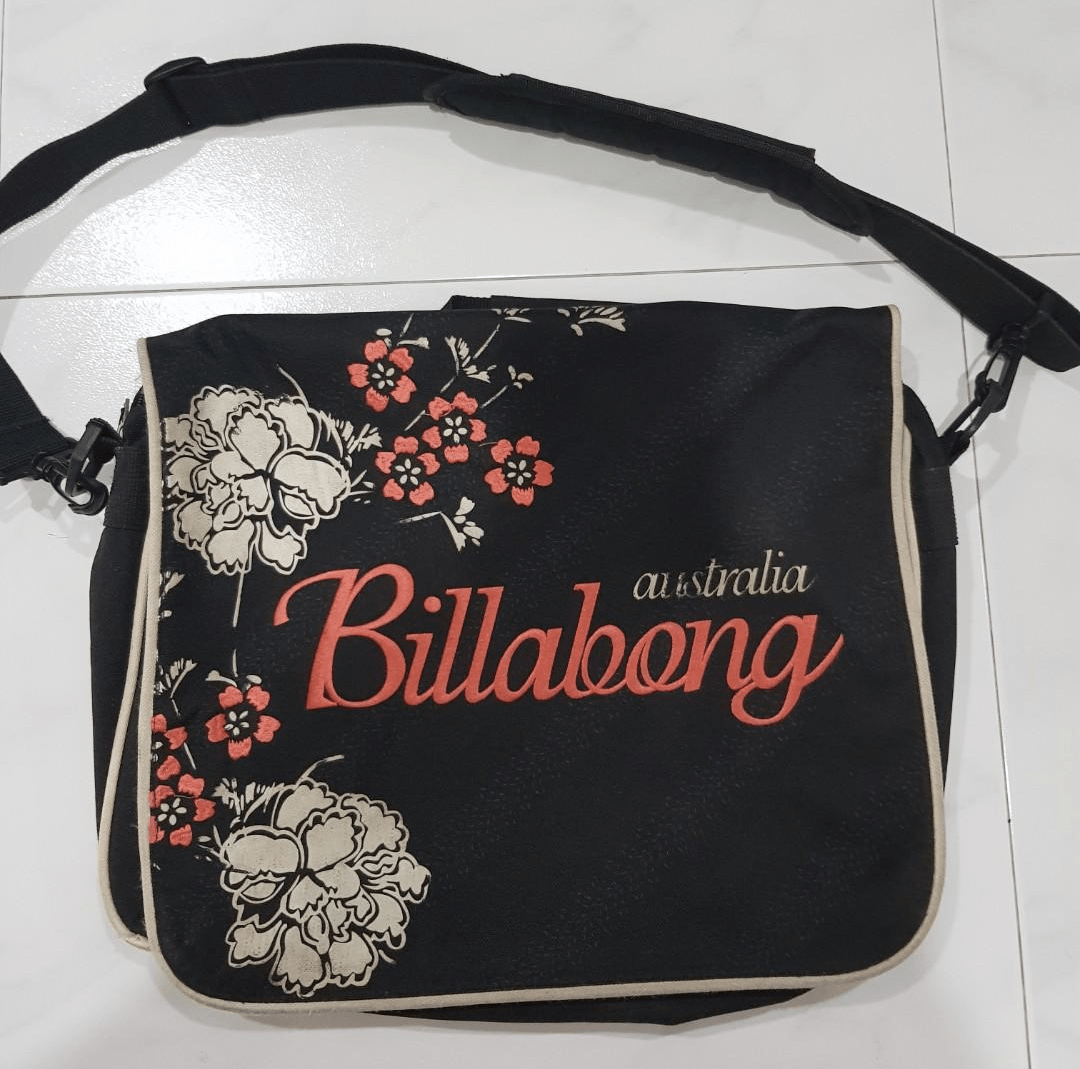 Australian surfing brand Billabong was popular among Singaporean kids for its school accessories. If ZiNC was the equivalent of the punk kid in school, then Billabong was the fun, popular kid for sure. 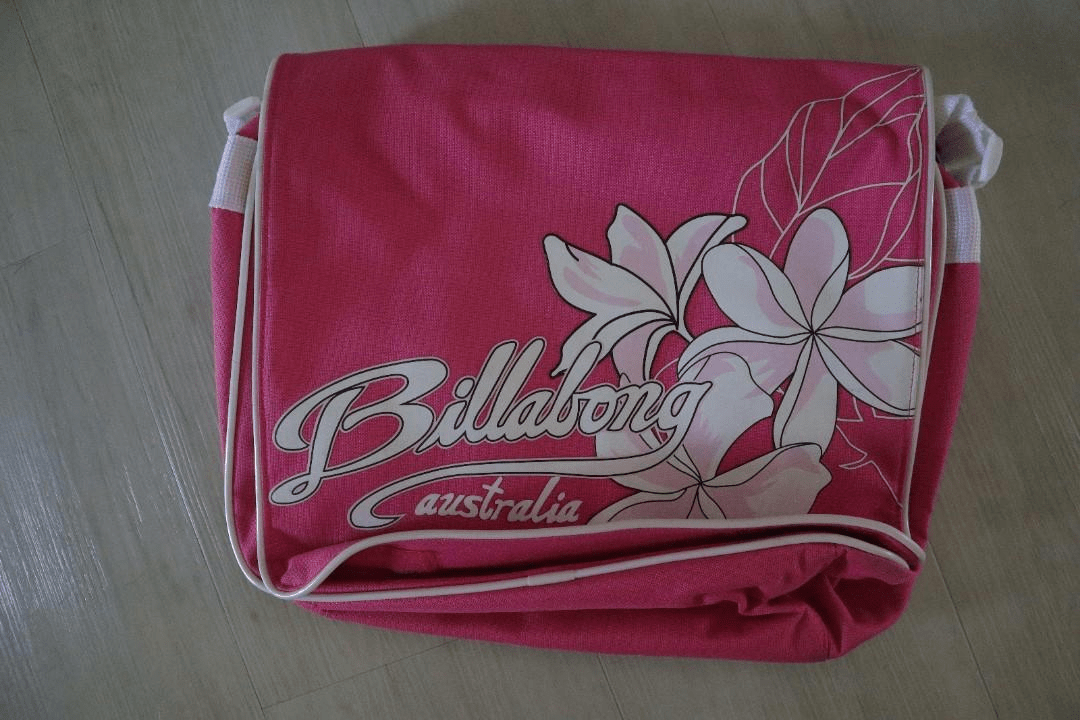 Designs normally included the word Billabong emblazoned across the front with some floral pattern in the background.

Billabong proves to be timeless, as it’s one of the few brands that school kids still carry today. 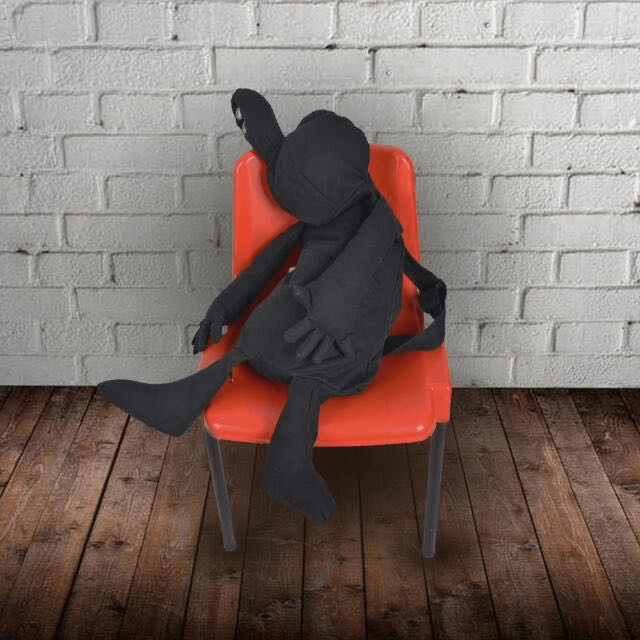 While Japanese Harajuku fashion never really reached our shores, that didn’t stop our younger selves from imitating its eclectic, playful aesthetics with the ZiNC rabbit bag – a bag shaped like a literal rabbit.

Sometimes, “edgy” girls would carry this bag to school along with folded down “ankle” socks, which often ended in being called to the discipline master’s office faster than she could flex her new bangs.

Where to get it today: Try your luck on Carousell, although they are quick to sell out. 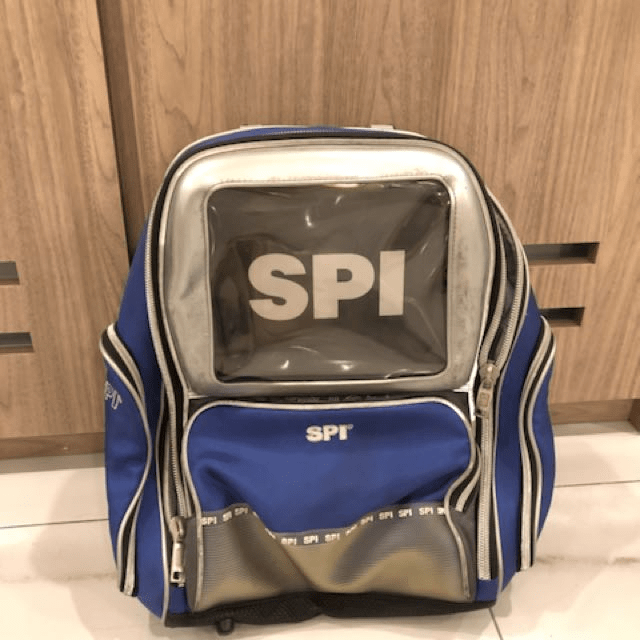 You can even slot in various designs over the bag pocket’s transparent film to customise it to your liking
Image credit: Carousell

Known for its ergonomic prowess, the SPI bag was probably the first bag parents bought before they herded their kids off to primary school. With comfort in mind, these bags were designed with extra chest and waist straps for proper weight distribution. 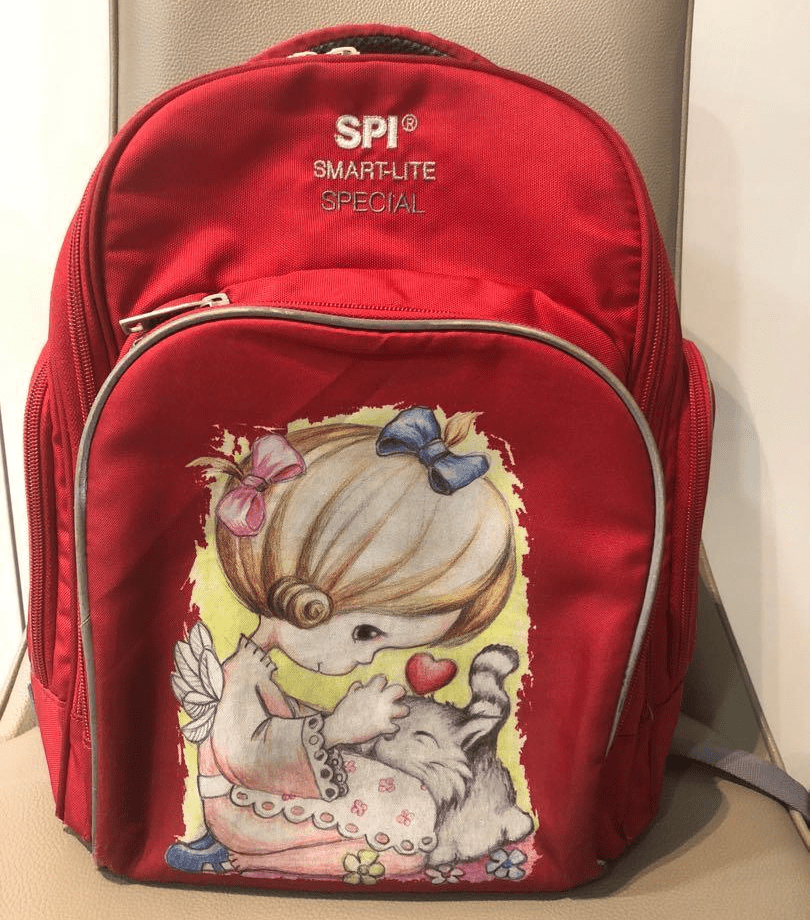 Because of these bells and whistles and the use of high-quality materials, these SPI bags didn’t come cheap, usually falling within the $100 range.

Where to get it today: Lazada 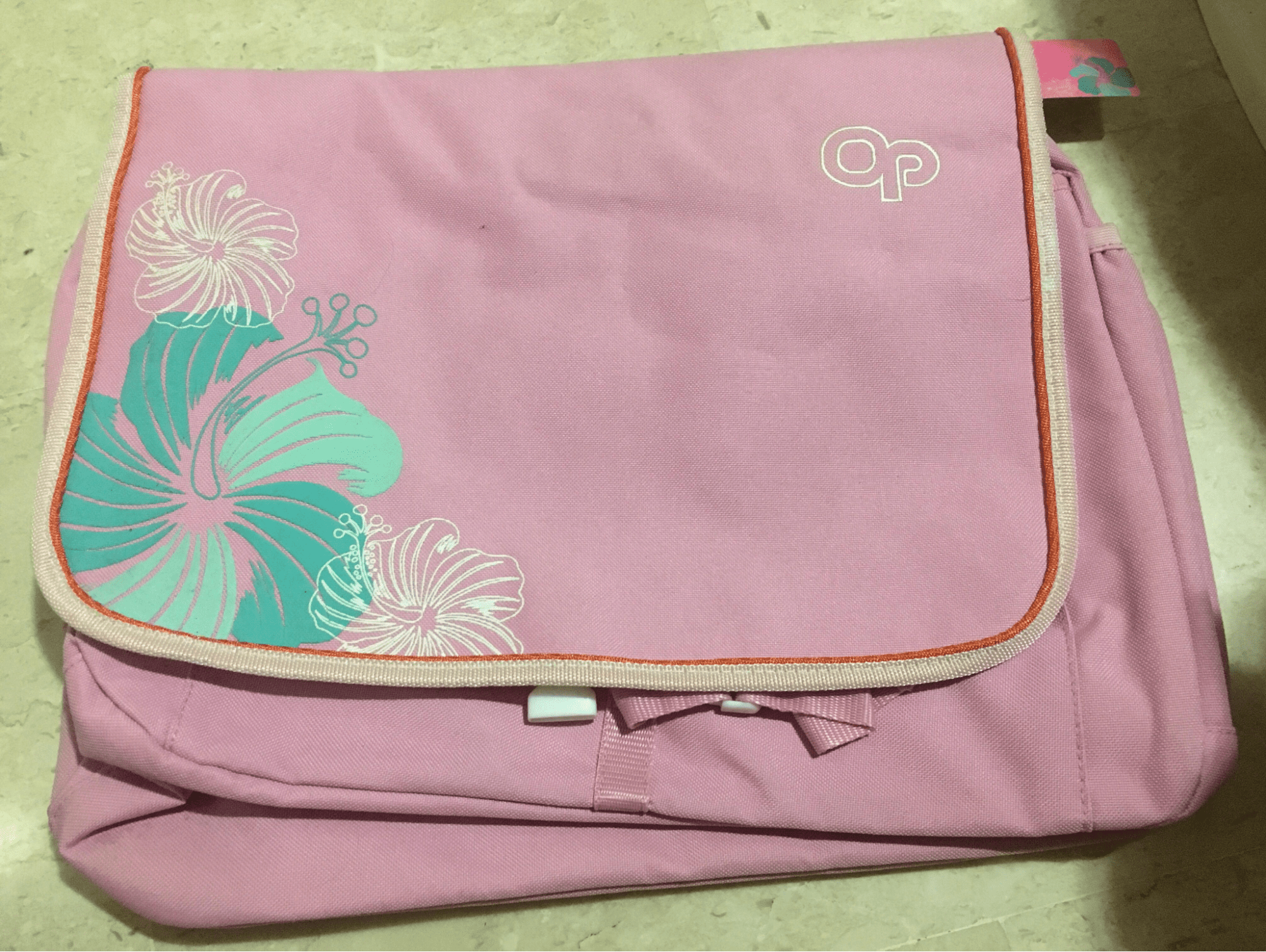 Much like its brethren Billabong, Ocean Pacific – commonly known as OP – is a company that sells surfing apparel but has also dabbled in the realm of school supplies. Both OP and Billabong share the same design philosophy, with their floral themes and laid-back designs making it easy for non-fashion savvy folks to confuse the two.

While OP was more commonly associated with clothing – shoutout to its iconic board shorts – its bags were a hit back then as well. 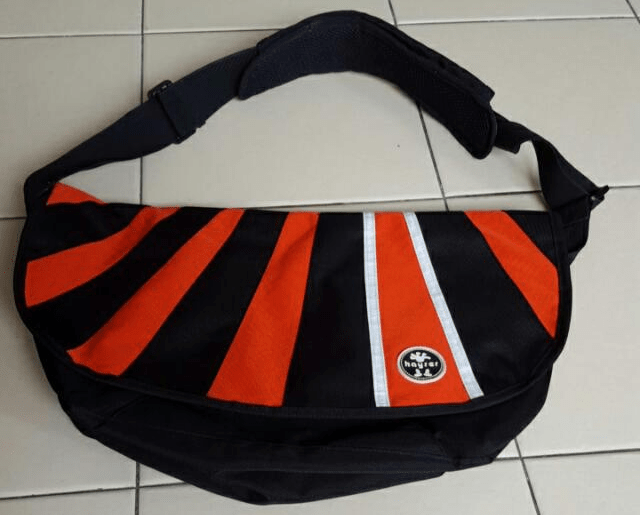 Perhaps due to the lack of social media in the past, 90s kids weren’t aware of the concept of knock-off brands. This allowed Hayrer, an affordable brand from the US, to replace some of the more pricey brands for kids on a budget. 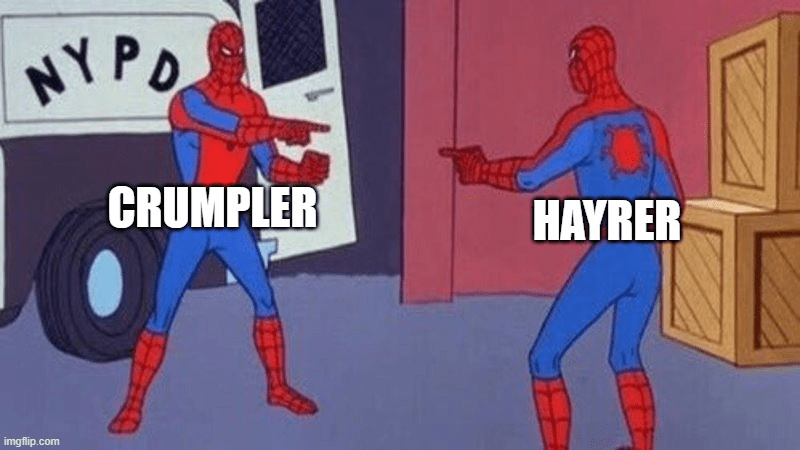 While there’s not exactly a patent on backpack or sling bag designs, it’s quite obvious that Hayrer may have gotten some “inspiration” from brands like Crumpler. But as our parents always used to say: “Brands don’t matter, they all look the same!” 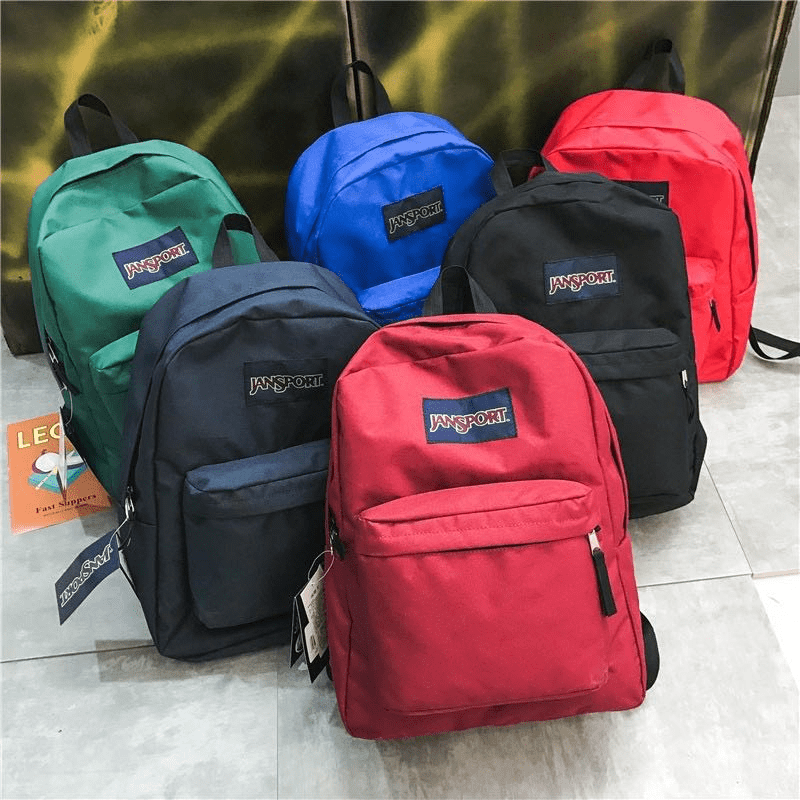 As with every phase we go through in life, eventually, our sense of fashion has to grow up as well. Just like transitioning from short pants to long pants in upper secondary, Jansport bags served as a mark of maturity and a way to tell others that you no longer need mum to pack your bag for you anymore. 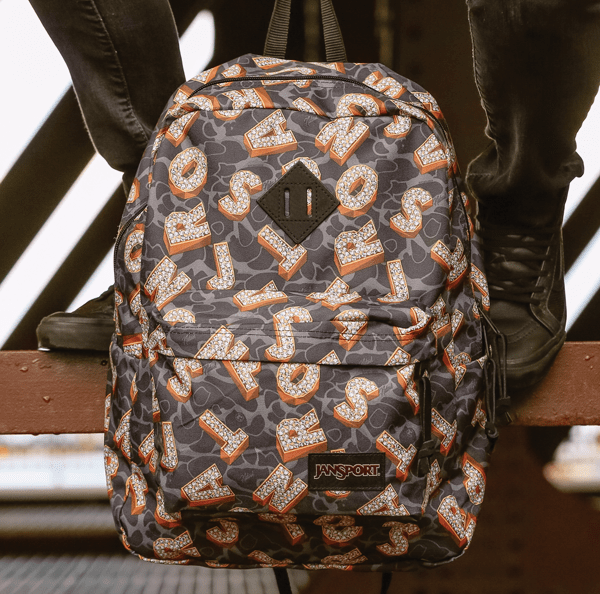 Jansport also has regular collaborations with other brands for their flashier designs
Image credit: Pinterest

Nothing can beat the minimalism of Jansport, as its bags only have its simplistic logo etched across the front. There are also special editions and collaborations, but otherwise, the colour scheme of Jansport bags tend to be quite modest, and are still pretty popular today. 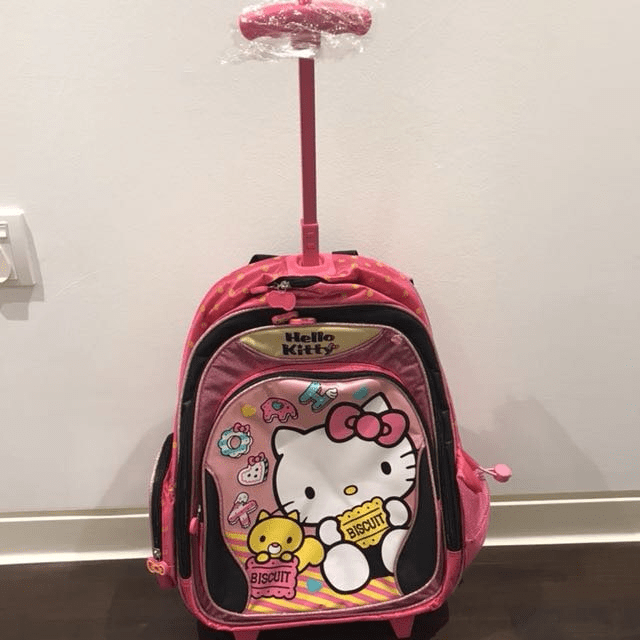 Long before SPI came along with their “premium” weight-bearing straps, someone came up with the brilliant idea of slapping four wheels on the bottom of a bag, thus creating the iconic trolley bag. This made it feel like you were towing around mini-luggage in school.

Especially common amongst kids below 12, trolley bags relieved 100% of the weight off poor students’ shoulders after a long day of lessons.

Plus, I’m sure we can all remember the quick look-around we had to do when dragging these bad boys down the stairs, in case a teacher came along and scolded us for “damaging the staircase”.

Where to get it today: Shopee

School bags we used to carry

Now that most 90s kids are probably working adults, whenever we come across one of these old-school bags again, it’s as if we’re transported back to a simpler time. However, with the renaissance of vintage clothes, perhaps the next fashion trend to go retro would be our beloved early 2000s school bags.

And when old-school bags are back in style again, we can finally carry around our Barbie trolley bags without fear of being judged by others.

For even more old-school articles, check out: 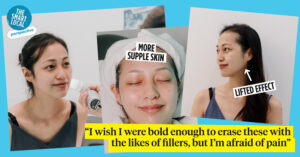 What I Did When I Saw Sagging And Wrinkles On My Face After 30, Instead Of Freaking Out
Queensway McDonald’s: The "Prettiest" McD Outlet In A Japanese-Themed Garden 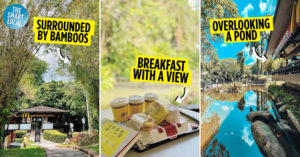