Many Singaporeans spend most of their waking hours at work – heck, sometimes we see our colleagues more than our families – and so, it’s worth considering if your workplace is about those positive vibes instead of living through it like a corporate zombie.

Between the range of Disney-like “Best companies to work for” and hell on earth, there often lies a grey area where you’re not sure if your company really is as toxic as Britney’s poison paradise.

Whether you’re a first jobber or a career lao jiao, here are the warning signs of a toxic workplace to keep your eyes peeled for. If most of these are checked, maybe it’s time to run far, far, away.

P.S. We recognise many workplaces are imperfect, so there’s also “how to deal” if you think things can still be turned around.

1. There’re no checks and balances for management

Sure, there can be a hierarchy in place. After all, someone has gotta be the boss. But when there’s nobody willing or daring enough to keep management or bosses accountable, things can turn nasty.

As it goes, nobody “watches the watcher”, leaving room for higher-ups to do as they please, act above the rules or ignore feedback and differing opinions. When this happens, a workplace can turn into a dictatorship or a Squid Game–like environment where employees play by the rules or else.

On the ground, this looks like nobody daring to disagree with the boss or senior management, and they cite “no point lah”, or the fear of being shot down as reasons why.

How to deal: Try to share feedback in a positive, constructive way so that it is accepted. Also, consider going to an influential mid-manager or HR to get back-up on important issues.

One tell-tale sign that a company doesn’t prioritise employee welfare is to look at its HR team.

When there’s zero HR department (some SMEs), or when HR functions just as a mouthpiece for management with no real power, you can expect these to happen regularly: 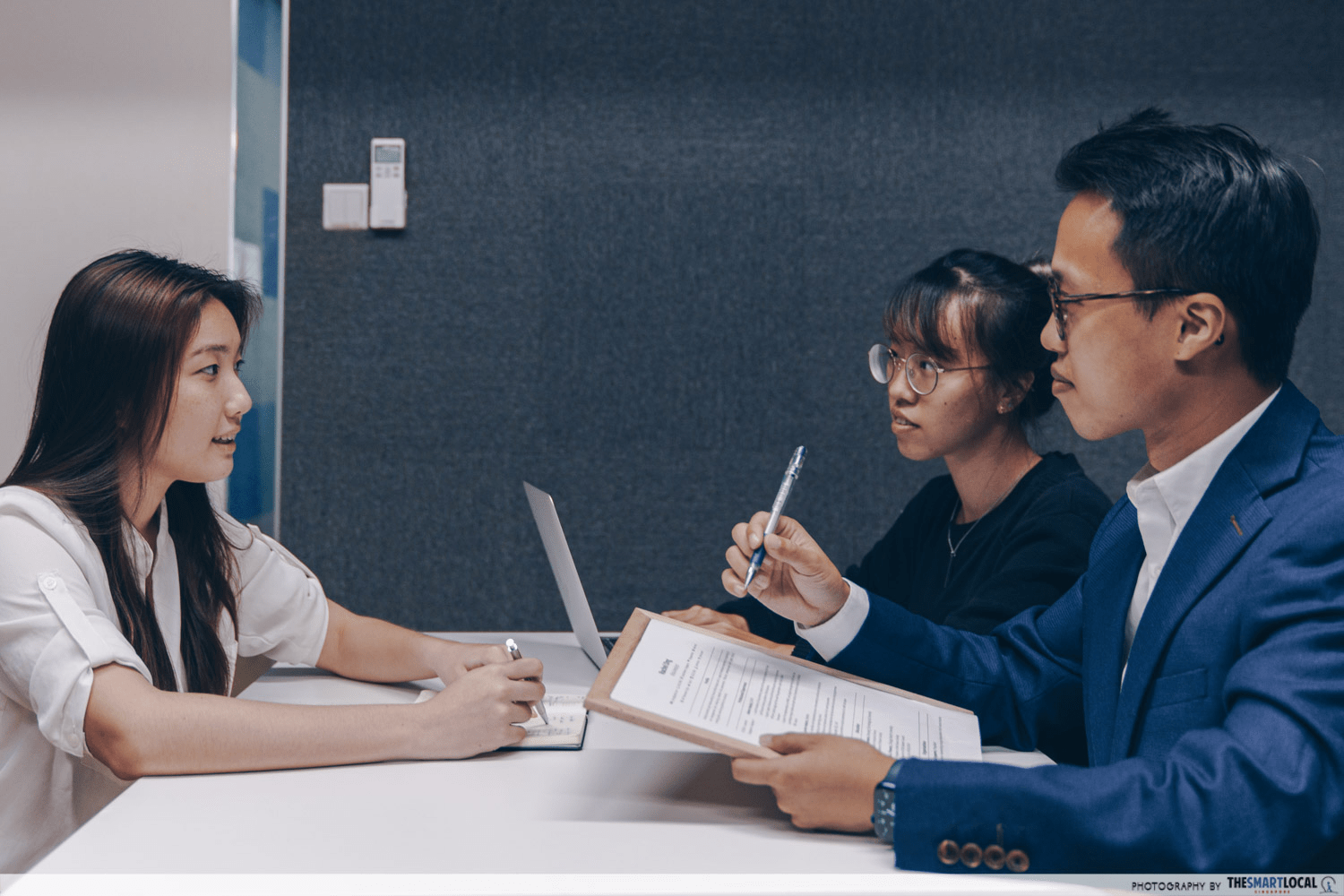 HR: “Yes, yes we hear you…” *proceeds to save feedback in a corner of their drawer*

Another red flag: If all your HR does is payroll, administrative work and hiring, and the word “morale” is met with resigned eye-rolls and laughter.

How to deal: Document it in writing if you face issues like harassment, bullying on unreasonable deadlines. This can help you fight your case for help if HR isn’t there to.

3. Working late is the norm

Many office workers tout working late like a badge of honour. Overheard:

“Wah, last week I worked till 1AM everyday.”

“I even work on weekends during our peak period.”

Though working beyond your 9-6 is common, and occasionally necessary, the danger arises when this is normalised on a regular basis. And folks who actually have a life beyond work are penalised either directly or subtly for not doing so.

This one can creep on you, like a boss texting you at 3AM expecting a reply immediately, or higher-ups saying “you’re not a team player”, if you can’t do a weekend shoot. Don’t fall for it, positive workplaces respect your boundaries, and you shouldn’t be working yourself to the bone out of F-E-A-R. 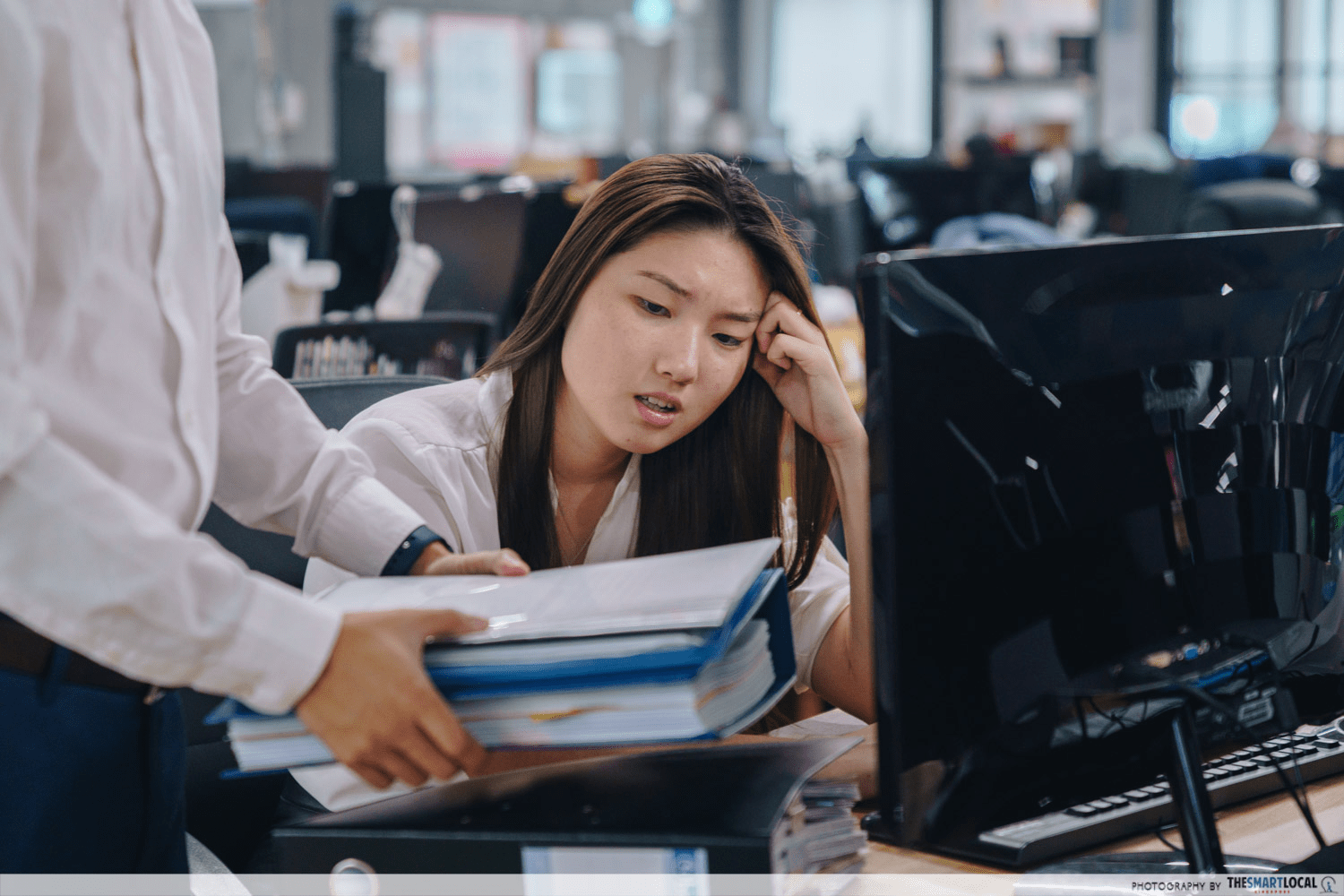 How to deal: Set boundaries by telling your boss or supervisor you won’t be available on annual leave, on vacation and on medical leave – yes, please rest! Don’t let guilt-tripping happen.

4. Bullying or insults are normalised

There are bound to be times in the workplace where you receive negative feedback. That in itself is a-okay, but the line is crossed when it turns from professional to personal.

For example, if your bosses or higher-ups think your report could be more detailed:

Professional: “I think your report can include more examples for Project X and Y, and to include numbers and statistics to back it up.”

Personal: “Are you insane? How can you just talk about Project X and Y without giving examples? Even your intern A will know it needs statistics right? Don’t make me say this again.” 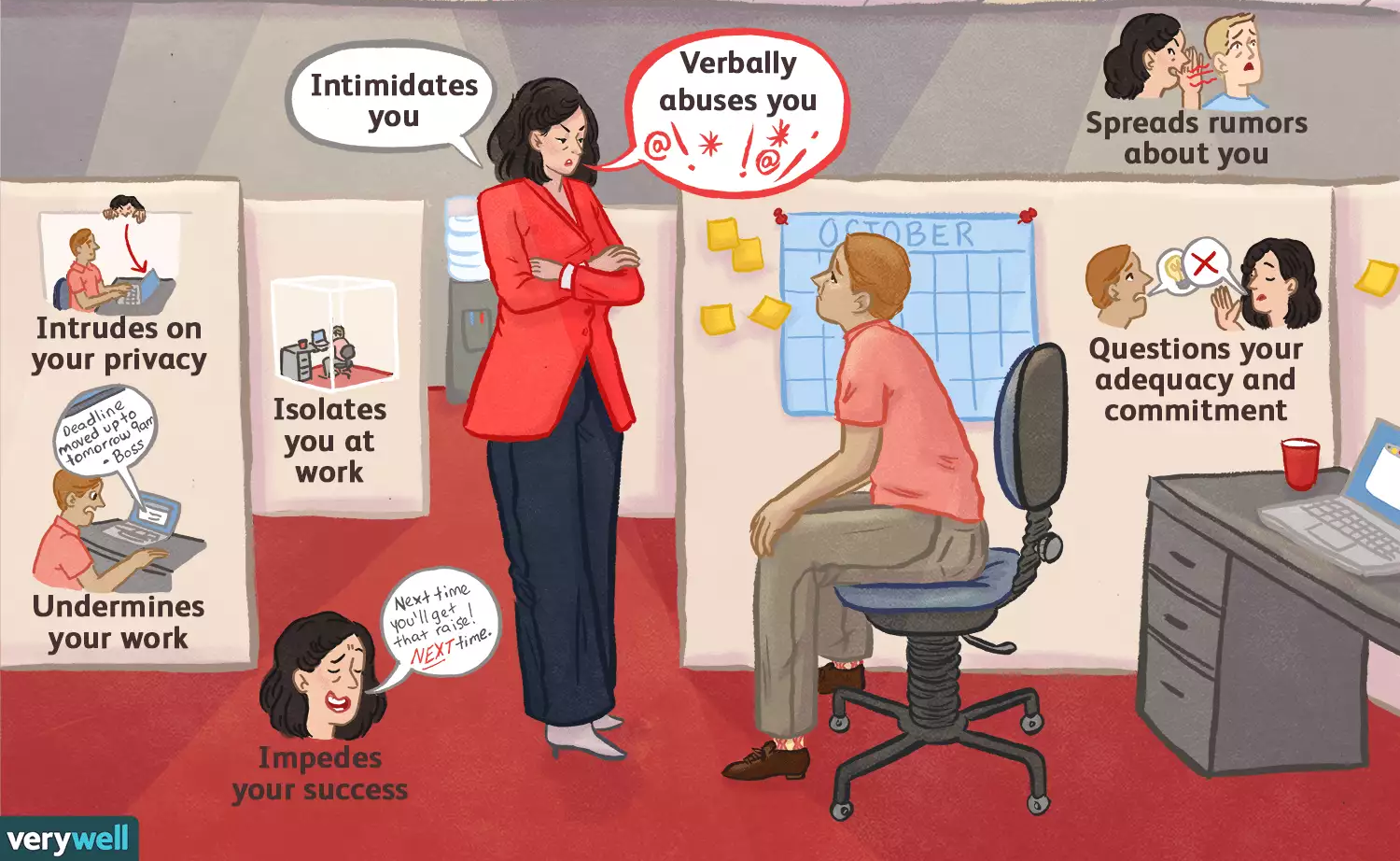 The second crosses a line into the territory of verbal abuse and bullying. Remember, no matter how poor the quality of your work, you deserve basic respect as a human being. Besides aggression, look out for passive aggressive jabs or dismissive body language like no eye contact, too.

How to deal: Tell the aggressor that you don’t appreciate the tone being used, although you appreciate the content. Stand firm, and don’t be intimidated. If you’re dismissed repeatedly, document such incidents, or leave.

5. Gossip and rumours make it feel like school – in a bad way

You thought you left the cliques, drama and gossip back in secondary school. Well, newsflash, politics in toxic workplaces can make those “mean girls” look like saints.

And while the occasional rant or tea spillin’ about so-and-so just means you’re human, it can turn toxic when these behaviours happen regularly:

Picture above is for illustration purposes only.

FYI, gossip and rumours often pop up when there is a lack of transparency in a company culture, as the negative talk fills up the ambiguity.

How to deal: Don’t be tempted to join in when others are gossiping. Stay above it, or add a positive spin on the situation.

While some industries naturally experience higher turnover rates – we’re looking at you tech, media and retail – an abnormally high one could spell trouble.

Leaving a job is not a decision most people take lightly, so if waves of people are leaving, keep your eyes open to the undercurrents of unhappiness.

It’s not just who is leaving, but on what note they are exiting the company. Try to diagnose this: Is this because they were underperforming and laid off? Is this due to bad or disrespectful leadership? Is this due to lack of growth opportunities?

Besides looking at exiting employees, look at your fellow colleagues. Are they always saying they’re on the verge of quitting, or congratulating those who’re leaving? That’s bad news, indeed.

How to deal: Once you know WHY people leave, reflect if that is true for you and if you can accept the imperfection. If you’ve fallen out of love with your job, maybe it’s time to break up if you can.

7. People are checked out or burnt out

There’s nothing wrong with working just for the paycheck. But if everyone in the company looks like The Walking Dead, and is more on survival mode versus thriving, that’s a problem.

Happy employees are often productive and motivated to do well in their jobs and suggest ways to bring the company to greater heights. Employees in toxic workplaces, though, get all that joie de vivre sapped out of them, leaving them as husks that do the bare minimum.

This has a negative ripple effect: Disenfranchised, unmotivated workers don’t do much work. Then you end up taking on the burden of their work. Over time, you get tired and jaded yourself. Cue the creation of a zombie army. 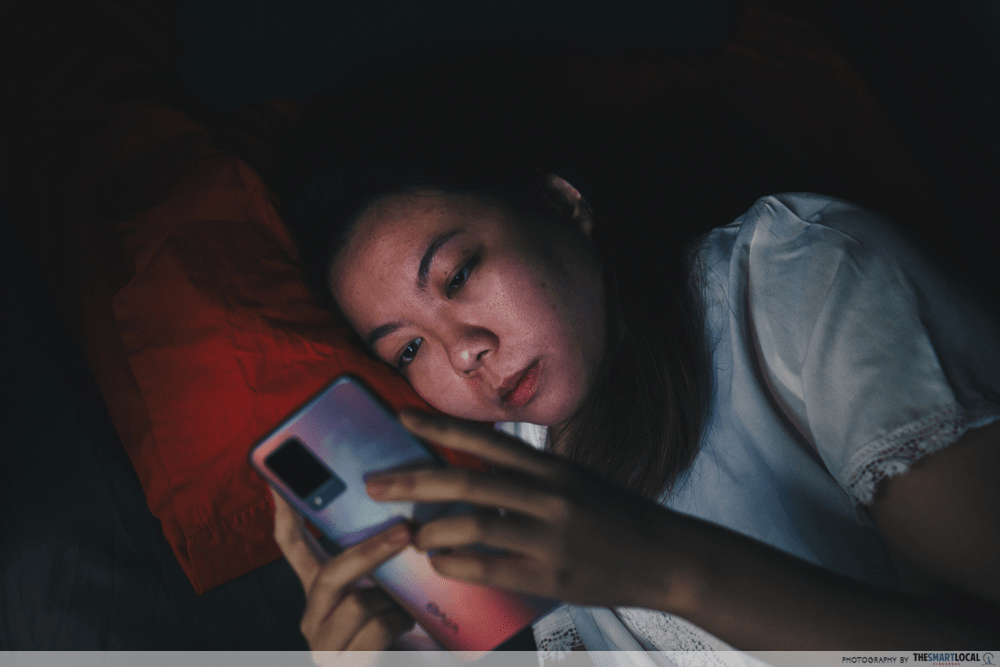 How to deal: Try to exude positive vibes, like recognising a colleague’s winning project, or getting people excited about initiatives. However, disenfranchisement might also be a systemic, company-wide issue that’s a battle you can’t fight. And if you’re not in leadership, it might be tough to change.

Dealing with a toxic workplace in Singapore

Of course, no workplace is perfect, and if you were to leave with any whiff of toxicity, you’ll be unemployed forever. So, at the end of the day, we’d say listen to your intuition.

Pay attention to your mental and physical health. If you’re getting depressed due to constant work stress, are eating poorly or suffering from sleep problems, maybe your workplace is the issue.

Don’t feel trapped or dismiss mistreatment as the “norm” too. Remember that according to the Ministry of Manpower (MOM), you are legally allowed to resign anytime. You can also reach out to Tripartite Alliance for Fair and Progressive Employment Practices (TAFEP) for greater clarity and assistance on your employee rights.

To stay #woke about your job rights, check these out too: 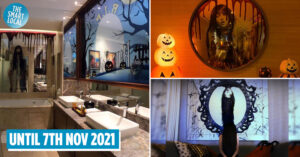 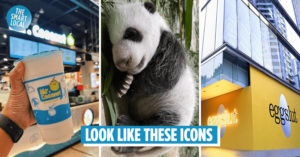