Free things to do in Tokyo, Japan

When we think of Tokyo, we think of premium sushi, cleanliness, and shopping. But all these will cost you more than a pretty penny, and it would be a pity to have to limit your experiences because of a tighter budget.

For those who do not wish to sacrifice comfort in a proper hotel or scrimp on your food cravings, here’s a list of free things to do in Tokyo for your stay:

Check out our other articles on Tokyo:

Art and craft videos can be super satisfying to watch, and to get that therapeutic experience IRL, visit Origami Kaikan where you’ll get to watch a Japanese artisan paint handmade washi (Japanese paper).

The star of the show though, has to be their impressive gallery that displays Origami masterpieces such as the one above of a Maiko (Japanese apprentice geisha), framed by 1000 orizuru (folded cranes).

This is made entirely out of paper!

2. Check out the art installations at Espace Louis Vuitton Tokyo

Travellers on a budget would likely give luxury stores a pass. But that doesn’t mean you can’t check out Espace Louis Vuitton Tokyo which is fully funded by LV.

This art gallery sits at the very top of the LV building in Omotesando, and the exhibitions change once every few months. These range from interactive displays to art installations that make a stand on social issues.

Toyosu Fish Market is the upgraded version of the famous Tsukiji Fish Market. It’s twice as large, allowing it to keep the title of “World’s Largest Fish Market” firmly in its grasp, and only 2km away from its previous location.

Early risers – or night owls – can pick up a visitor’s pass to enter the building and catch the iconic tuna auctions at about 5.30AM. The best way to experience an auction would be to hear and observe it up close from a special deck on the lower floor and to do so, you’ll have to join a lottery to be one of the 120 guests picked daily.

Don’t worry if you don’t get picked, as you can still watch from a gallery on a higher level. You might not be able to hear the auction, but at least there’s a friendly “Language Co-talk Volunteer” who’ll explain everything going on to you in English.

4. Learn how your soda is made at Coca-Cola Bottlers Japan Tama Plant

If you’re the type that needs to drink a bottle of coke almost every day, you need to sign yourself up for a Coca Cola Bottlers Japan Tama Plant Tour.  The tour will allow you to witness the manufacturing process where all the magic happens, and you’ll also get to check out different versions of Japanese Coca Cola bottles throughout the years.

Tours are held from Mondays to Fridays at either 10AM, 11.30AM or 2PM and will last about 90 minutes. English guide books are available to ensure that everyone gets a fruitful learning experience.

Do remember to make a reservation at least one week in advance with the help of someone who speaks Japanese – you can try asking your hotel concierge for help.

But just seeing the Gundam in its normal mode is no kick. The real show starts when the gigantic figure transforms into Destroy mode – its antenna expands, and you can see it come to life as it starts to glow and move for 5 minutes.

6. Enjoy a flower-viewing picnic at the Imperial Palace’s East Garden

The Imperial Palace in Tokyo is a must-visit especially during Spring and Autumn, where a sea of cherry blossoms and orange leaves offer a breathtaking view.

While some areas of the palace are only accessible if you pay a small fee, you can visit the East Garden at no cost for a refreshing morning walk or hanami (cherry blossom viewing) picnic.

You can also have a volunteer guide bring you around and tell you about the palace’s history while you admire the seasonal flora and fauna. The gates to the Imperial Palace close quite early at 4PM, so do head down way before that to avoid a rushed experience.

7. Dive into the history of anime at Suginami Animation Museum

Japan is the birthplace of anime, and you’ll know how big of a thing it is there when you see anime characters plastered all over train stations and giant billboards. It’s such an iconic part of the country’s culture that there’s a Suginami Animation Museum in Ogikubo.

There’ll be exhibits of familiar anime like Doraemon and Studio Ghibli’s Totoro, as well as more obscure ones which have only been aired in Japan. Besides that, there are super rare preserved original sketches of your favourite characters as well as the actual tools the artists used.

And if you understand Japanese, you can even join a workshop about anime production, or listen to a talk given by professional animators.

Japan is the only country where Sumo wrestling is performed professionally, and there are even grand tournaments where hundreds and thousands of people attend just to witness this magnificent sport in stadiums.

While tournaments tickets are rather pricey and can cost over a hundred dollars, you can watch sumo wrestlers practise for free at Arashio-beya. Drop by and peer into the large window along the roadside from 7.30AM to 10AM any day of the week except in March, July and November, as well as one week after tournaments.

Don’t be shy if you’d like a picture them because they’re very friendly – just wait till practice is over and ask politely.

Head over to Yokojikken Gawa Shinsui Park for a relaxing boat ride along the river in a wasen (traditional Japanese boat). This would usually cost you some, but here, there’s a “Wasen Tomo no Kai” volunteer group that offers 10 minute rides to visitors completely free of charge.

If you have kids, bring them to the small play area sitting above the river to splash about. With floating platforms to obstacle courses and a rope bridge spanning from one end of the river to the other, this place is perfect for some fun in the sun.

Enter the giant Thunder Gate in Asakusa and you will be welcomed by a 200-metre shopping street called Nakamise-dori. From traditional Japanese handicrafts like folding fans and wooden dolls to handmade yukatas, there’ll be tons of unique trinkets you bring home as souvenirs.

Of course, a shopping street can’t do without street food. Check out all the authentic Asakusa snacks like age-manju (fried bun with sweet bean paste filling) or ningyo-yaki (small snack cakes) if you have a few dollars to spare.

If you continue walking down the street, you’ll wind up at the entrance to Senso-ji. It’s an ancient temple more than 1300 years old – the oldest in Tokyo – and many visit to pray for good luck and happiness.

11. Go on a brewery tour and sample beer at Suntory Musashino

Suntory Musashino is one of Japan’s oldest and most popular beer brands, and they offer a free 40-minute tour of their brewery every day.

Throughout the tour, you’ll get to explore the massive factory and witness the actual brewing process. Don’t worry if you don’t understand Japanese, because you’ll be provided with English audio guides.

Because they believe in leaving the best for the last, you’ll get to round your trip off by visiting the in-house bar and sampling not one, but 3 free glasses of their famous beer.

To get here, simply take a free shuttle bus from Bubaigawara Station.

12. View Mt Fuji from the 48th floor of the Tokyo Metropolitan Government Building

Tokyo Metropolitan Government Building in Shinjuku is the tallest free observatory tower in Japan, and it stands at a staggering height of 243m. Ascend to the 48th floor at the very top of the South tower and you’ll be rewarded with a breathtaking bird’s eye view of the city.

If the sky is clear and you’re there early in the morning when the sun is shining brightly, you might just be lucky enough to see Mt Fuji’s tip shyly peeking out in the far distance!

But if you can’t make it for an early morning visit, don’t be disappointed because this metropolitan city also offers spectacular night views from the North tower. By night time, you’ll be greeted by a landscape sprinkled with dazzling lights from all the surrounding buildings.

13. Be inspired by the quirky fashion in Harajuku

Take a short walk around Harajuku and you’ll notice that there are tons of people – mainly youngsters – decked out in bold outfits and colourful hair. It’s quite an unusual sight you won’t easily find elsewhere in Japan.

This shopping district is basically a giant runway where people express themselves through fashion. Many of the fashion styles you might spot here like gyaru, goth, and lolitaoriginated as a form of rebellious expression – a refusal to conform with Japan’s strict conventions.

While you’re there, go window shopping and browse through the myriad of stores selling a quirky variety of Japanese street fashion.

Compared to a regular zoo in Japan, Edogawa City Shizen Zoo is relatively small, but that doesn’t mean it’s any less impressive because it still houses a wide range of animals. And since entry is free, we can’t really complain.

Wave hello to some giant anteaters or spot an adorable red panda just chilling up in a tree – the latter is an endangered species so don’t miss this opportunity.

Besides that, there are other animals such as seals, penguins, goats, squirrels and many more that call this cosy city zoo their home. You can even get up close to some of them in the petting zone!

Free things to do in Tokyo

For all who’ve yet to visit Japan, this culturally-rich country needs to be on your travel bucket list. Scratch the misconception that you have to splurge to have a whale of a time here. As long as you dig a little, you’ll find that there are a ton of fun things you can do there without forking out a single dollar, even in Tokyo.

For ideas on where to stay in Tokyo, check out these articles:

For more things to do near Tokyo, check out these articles: 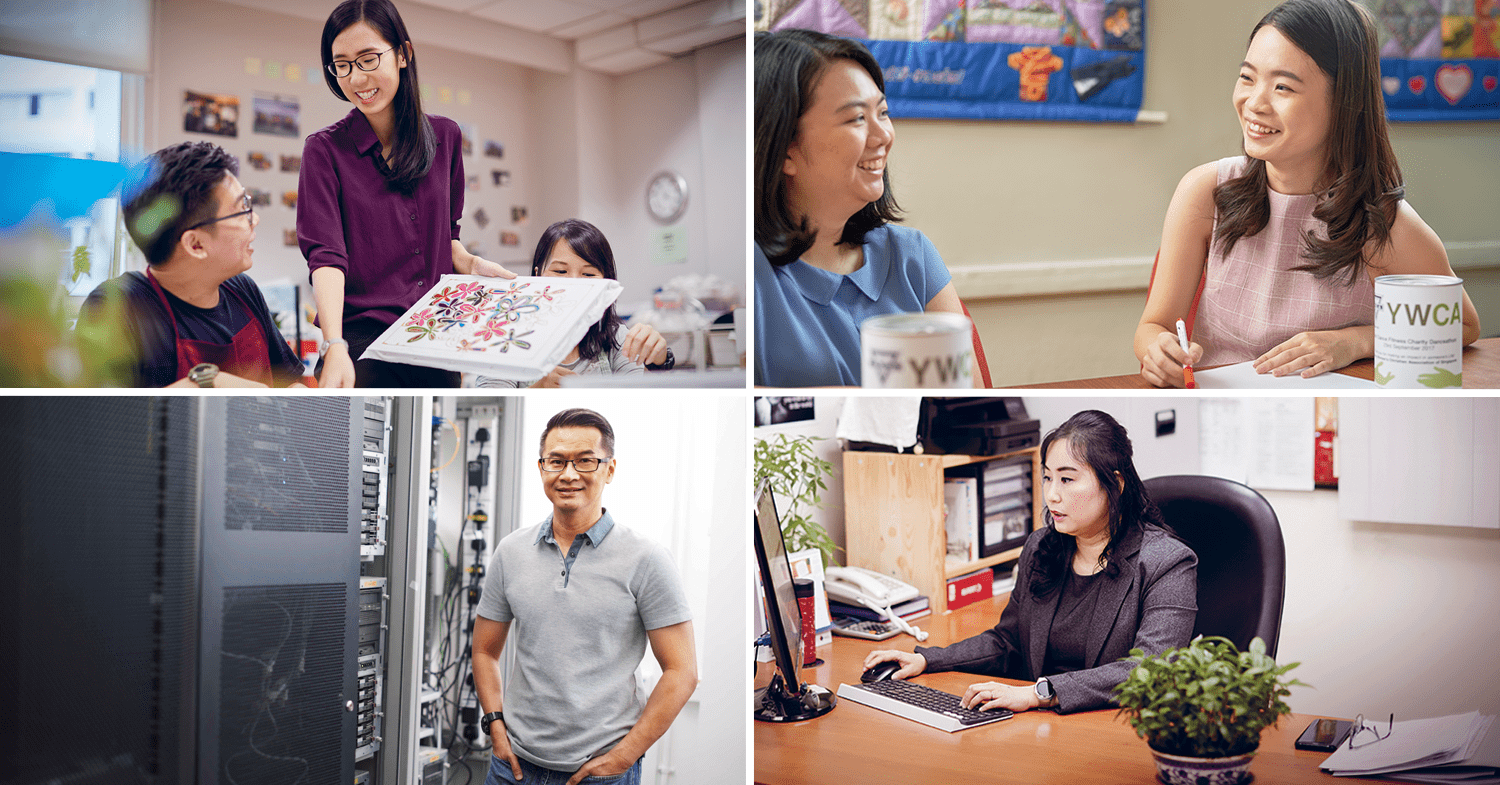 6 Social Service Jobs In Singapore To Use Your Skill Sets From Different Industries
Sift & Pick Pop-Up At Changi T3: Unique Designer Brands In SG For The First... 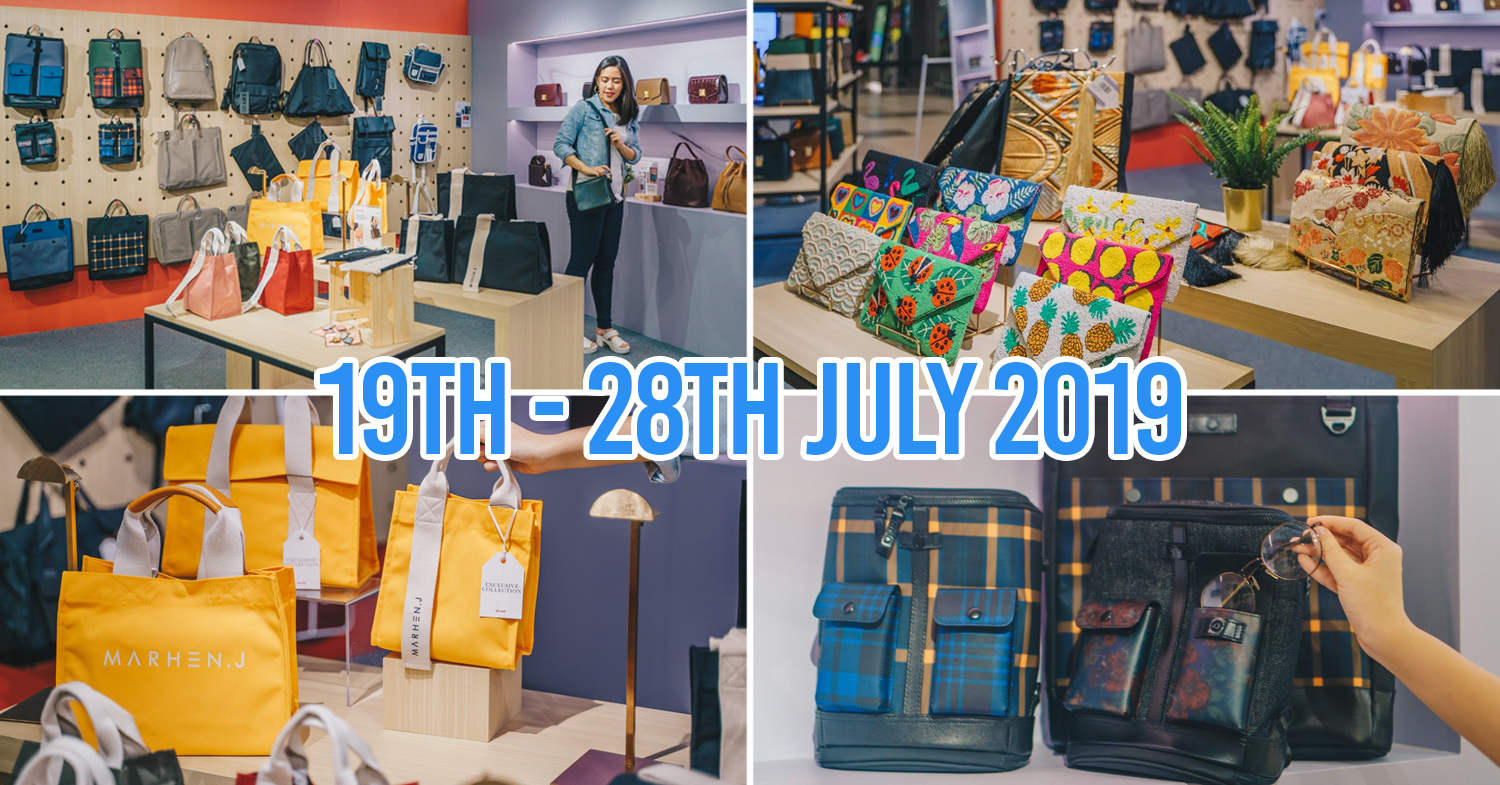