Head to VivoCity or Sentosa and you’ll likely catch sight of the iconic red-brick building with its striking white chimney and three-storey high windows.

The landmark has now found new life as a Heritage Trail and Gallery. History buffs will be delighted with a free deep dive into Singapore’s maritime history and the evolution of how we power our buzzing and ever-growing city.

Those old enough might remember that St James Power Station used to be one of the most happening party spots in Singapore until 2018, when the building began undergoing restoration works. 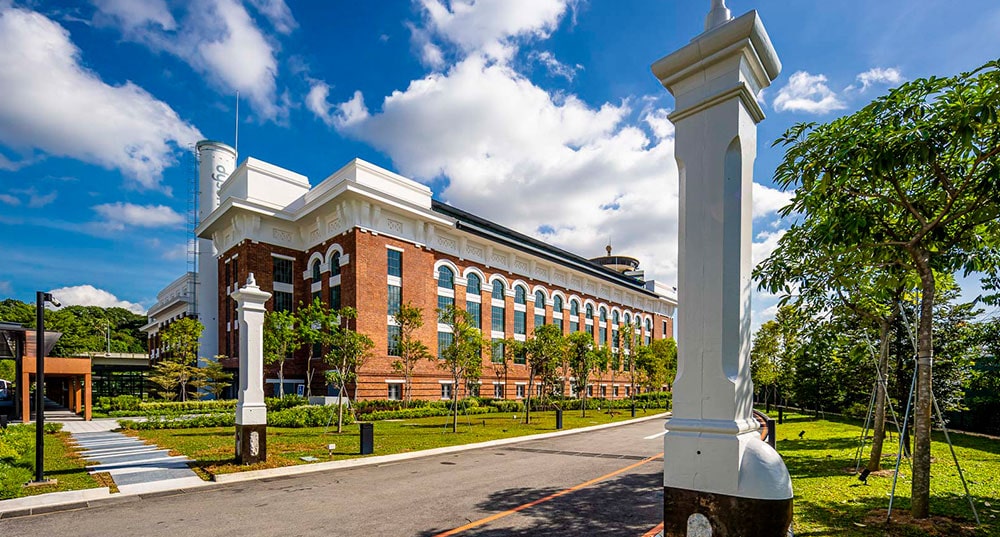 St James Power Station has been a part of the Telok Blangah landscape since 1926.

The outdoor Heritage Trail begins a short walk from VivoCity – take the sheltered overhead bridge from level 2 just outside of Golden Village Cinema. The information panels along the bridge give a preview of the heritage trail with the history of the Keppel area and St James Power Station.

This harpoon gun was gifted to the Maritime Museum in 1974.
Image credit: Steven Tan

Once you reach ground level, you’ll spot a harpoon gun originally from the Soviet ship Voskhititeky (meaning “delightful”) that used to dock in Singapore during its expeditions to the Indian Ocean. Next to it is a 2m-tall stockless anchor that was commonly used on ships last century.

From the main road you’ll be able to see the 2 cast-iron gate posts that date back to the 1860s. They mark the original entrance to Victoria Dock, but have remained in place despite the changes in the Telok Blangah area since then. 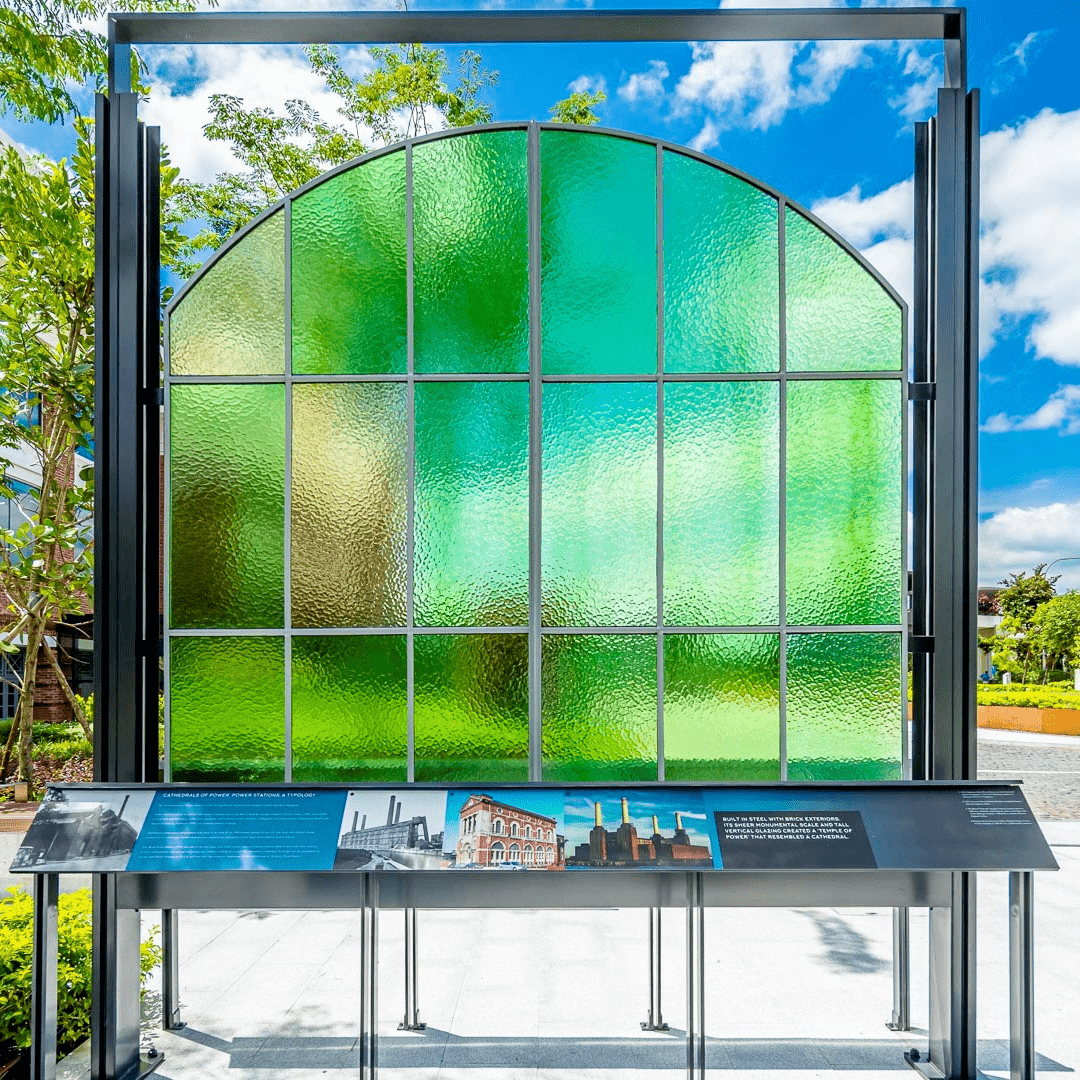 The steel framed windows at the beginning of the Heritage Trail were part of the original St James Power Station’s building design. The green-tinted glass kept out the hot tropical sun, way back in not-so-good ol’ days when aircon and UV-blocking window film weren’t a thing. 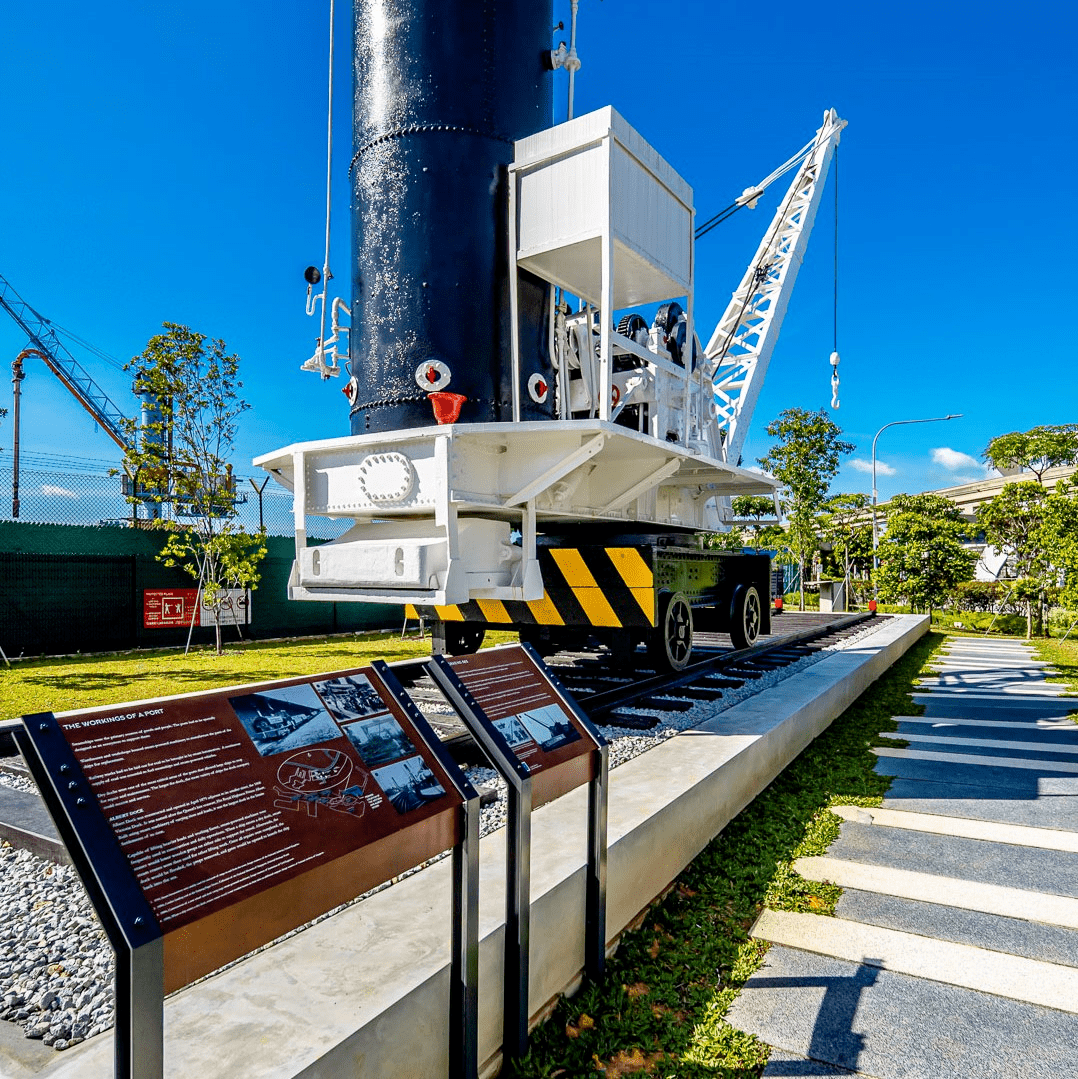 Little legs won’t get too tired on the mini-trail, and kiddos will be rewarded with a view of the 10-tonne steam crane that once ran along the docks on a set of railway tracks. It was in use for a full 100 years – before it was decommissioned in 1983.

Continue the powerful journey in the Heritage Gallery

If you’ve ever wondered what the inside of the building’s prominent chimney looks like or how steam power works, you’ll be able to view these from the Heritage Gallery. It houses a museum with the history of St James Power Station and the surrounding area’s evolution as a port. 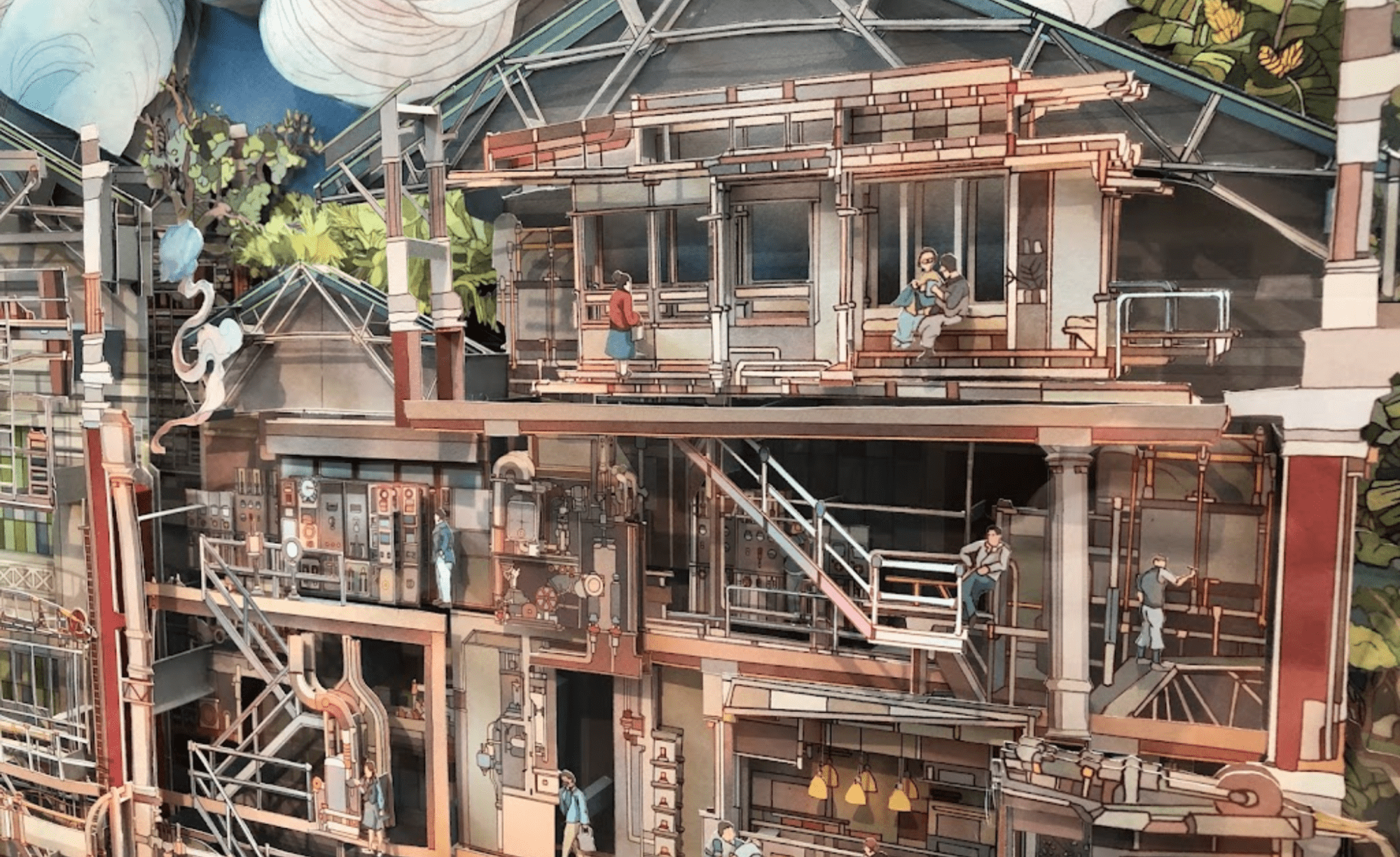 One highlight of the museum is an intricate 3D artwork of the complex system of water, steam and electricity of the original power station. Both kids and adults can learn about how Singapore once relied on steam power by whipping out their fonts and scanning the QR code to interact with the exhibit. 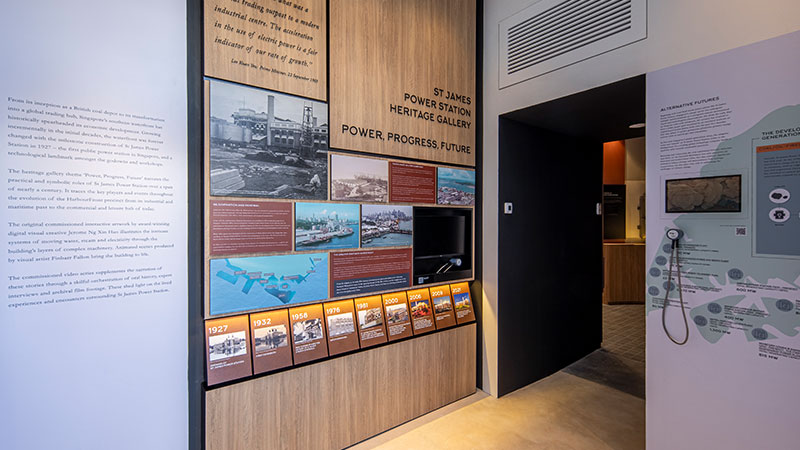 Another exhibit, “Alternative Futures”, looks from the past to the future. Eco-warriors who are all about the green life can immerse themselves in highlighting Singapore’s search for clean and renewable power sources in the coming decades. 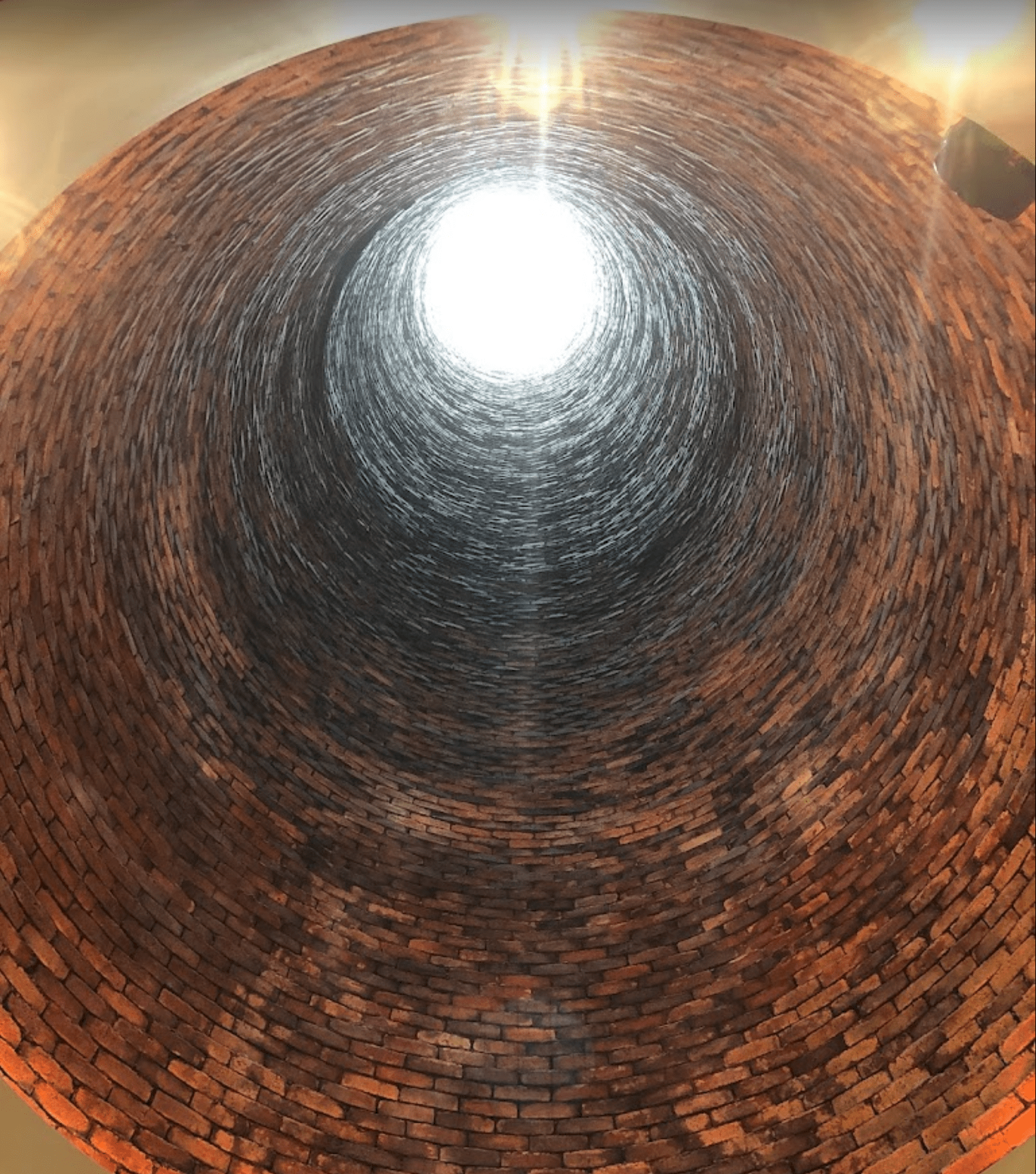 A photo of the refurbished West Chimney is a must for the IG feed.
Image credit: Kai

The gallery is free, but pre-bookings are essential. Reserve your spot at St James Power Station’s website.

P.S. Dyson’s new global HQ is also housed here, but is not open to the public.

St James Power Station has had quite an evolution from a coal-fired power station, port warehouse, nightspot, and now a national monument and commercial building.

The Heritage Gallery and Heritage Trail don’t require a tonne of energy to explore as they cover a small compound, but are informative history and science journeys in an IG-worthy building – a welcome detour when the kids need a break from an afternoon of shopping.

More guides to the West: 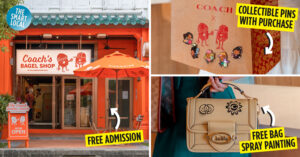 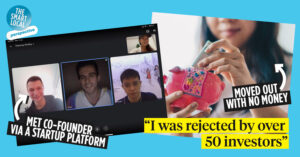