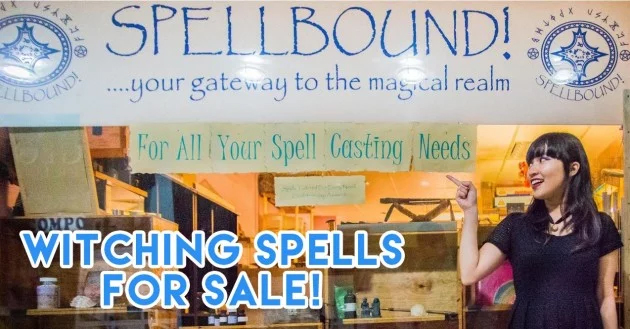 Peninsula-Excelsior was the go-to place for emokids of the early 00s – think skinny jeans and hoodie galore, and more guitar stores than strings on a guitar. But other than that – what many don’t know is that its top floor has been host to Spellbound, the sole surviving Witchcraft store in Singapore, for the past 14 years. 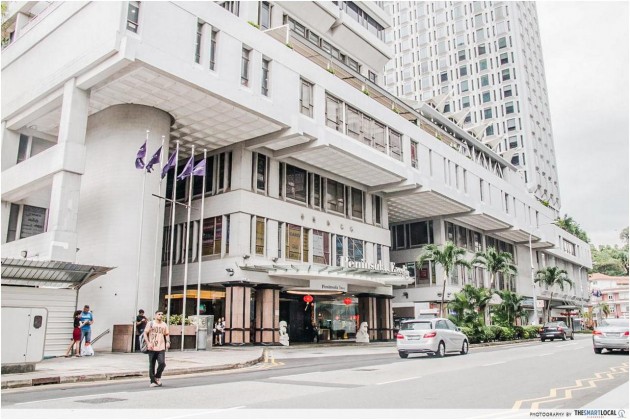 Though I heard about the store way back in my Secondary School days, I obediently refrained from venturing there as I was taught not to dabble in the occult. But being a person who isn’t easily fazed by ghost stories and superstitions, I’ve always taken such things with a pinch of salt, and viewed them with inquisitiveness rather than fear – and even after all these years, my curiosity for the mystical hasn’t died.

Eager to find out what such an unconventional store in Singapore might have to offer, we headed down to Spellbound to uncover what mysteries lie behind their doors.

Don’t worry, we didn’t get hexed, though we were specifically warned not to take any pictures of in-store products.

Amulets and herbs for spells on sale 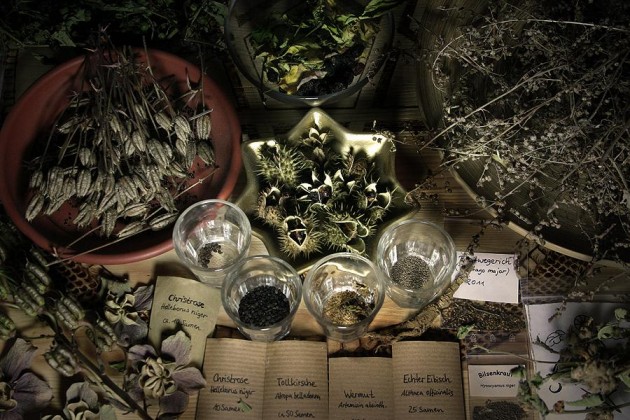 Having preconceived notions about a Witchcraft store’s appearance, I expected a dim room shrouded in purple smoke, full of pentagram symbols and crystal balls. In reality, Spellbound looks pretty normal, inconspicuous even, save for the row of otherworldly bits and bobs in its store front display – including a packet of Pennyroyal, labelled for use “in exorcisms and protection spells”.

The mention of exorcisms got me a little creeped out at first, until a quick Google search told me that Pennyroyal is but a harmless plant – not the heart of an animal or dried foetus. In fact, you can put your mind at ease ‘cause you won’t come across anything grisly there – Witchcraft portrayed in popular media is largely different from the practice in real life. 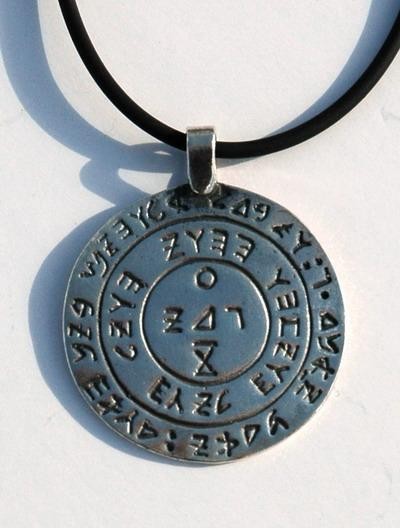 An astrological amulet similar to the ones we saw. Source

Stepping in, we found an array of astrological protection amulets, human-shaped candles, special stones, and herbs. Spellbound boasts 3,867 different kinds of herbs, with names you’d think only exist in fantasy novels – such as Solomon’s Seal Root, Witch Grass, and Burdock.

Grimoires (textbooks of magic), tarot cards, and gris-gris bags (a Voodoo amulet) are also stocked up on, but these are limited in quantity and usually have to be pre-ordered. 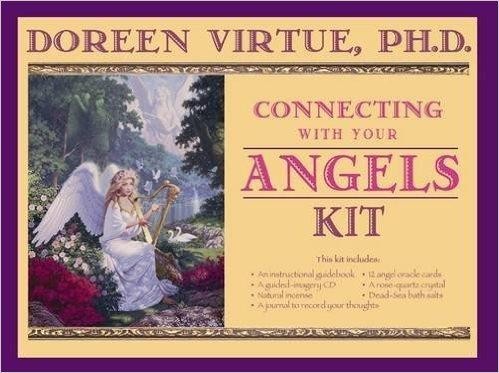 There was even a “Connecting with your Angels Kit” – we didn’t get a picture of the actual thing as photography in-store isn’t permitted, but this is exactly what it looked like. Source

In fact, the lady at the store, Angela – a self-professed cartomancer and Witchcraft practitioner – told us that if we were there to browse, she didn’t have much to offer, since a good portion of their sales are done via pre-orders. However, she was more than happy to oblige with a chat, giving us a glimpse into her mysterious world.

Don’t be fooled by the cartoons and movies – the real-life witches among us look and dress like normal human beings – no cloaks or pointy hats whatsoever. You probably wouldn’t be able to recognise one walking past you on the street. After all, Witchcraft isn’t a Halloween costume party – it’s part of a way of life. 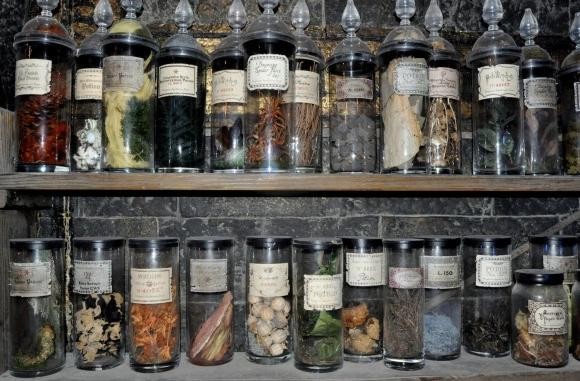 A number of herbs found at Witchcraft stores are also commonly found in supermarkets – for example, Rosemary, which goes great with chicken – so why not just purchase them from the supermarket instead?

Turns out, from the harvesting to treating and packing, there’s a marked difference in the process of Witchcraft herbs compared the average NTUC variety. First of all, there’s a special time to harvest them, as different plants are the “strongest” at different periods. “Cleansing” also has to be done in various methods based on which element category the plant belongs to. Post-harvest, the plants are then freeze-dried to preserve their mojo.

Rosemary, an Air element plant, is usually “cleansed” by means of sound and smoke. We’re not entirely sure how that works, but basically this process is rather extensive, and involves quite a bit of people – which is why herbs used specifically for Witchcraft often fetch a higher price than their supermarket counterparts.

Candles sold in Witchcraft stores are also kept more pristine than those from random household shops. Being objects that are easily scratched, they have to be wrapped individually or in pairs – so as to keep them “untainted” and retain their “energy”. 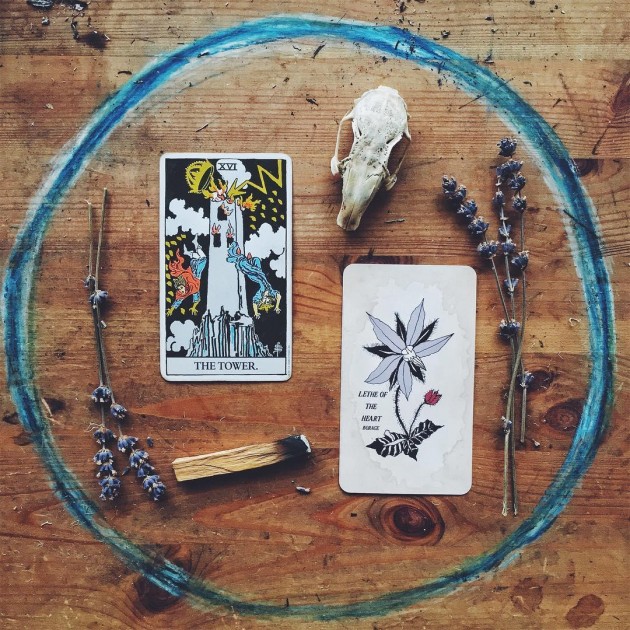 As one might expect from a wiccan store, Spellbound does tarot card readings, which cost about $60 per 30-minute session. Don’t confuse this with fortune telling – tarot readings don’t reveal the future, but rather, are said to help make sense of your current life situations. Sessions have to be pre-booked as there’s usually a waiting list.

About twice a year, they also hold workshops to give beginners a “magic crash course” of sorts, costing a couple of hundred dollars.

And true to its name, the folks at Spellbound also craft spells at “nominal” fees starting from $150. We’re sorry to kill your Harry Potter fantasies, but these spells aren’t the sort that’ll help you fly or summon objects at will. Wingardium Leviosa will unfortunately have to remain part of the fictional world, unless someone invents a cool new technology in the future.

Instead, these spells are usually made to help improve one’s financial status, health, relationships, and outlook of life in general. With regards to spellcrafting, Spellbound prepares a set of materials and instructions for the buyer to carry out the spells on their own – often involving incantations, the burning of candles and parchment paper, and more.

On the other hand, you can also get witches to help you carry out the spells – a process known as spellcasting. This is not typically encouraged by them as the cost of spellcasting is high – starting in the low thousands, and going as high as $25,000 or more. Relationship-based spellcasting is also frowned upon, with one reason being that the person who is actually in the relationship would yield better results than an outsider.

Some of their clients include business owners who wish to boost their profits, or working professionals seeking promotions and pay raises.

Don’t bother trying to plot someone else’s downfall or obtain a means of revenge, though. Spellbound doesn’t do hexes, and hopes to have everyone following the notion of love and light – nothing hateful or harmful. 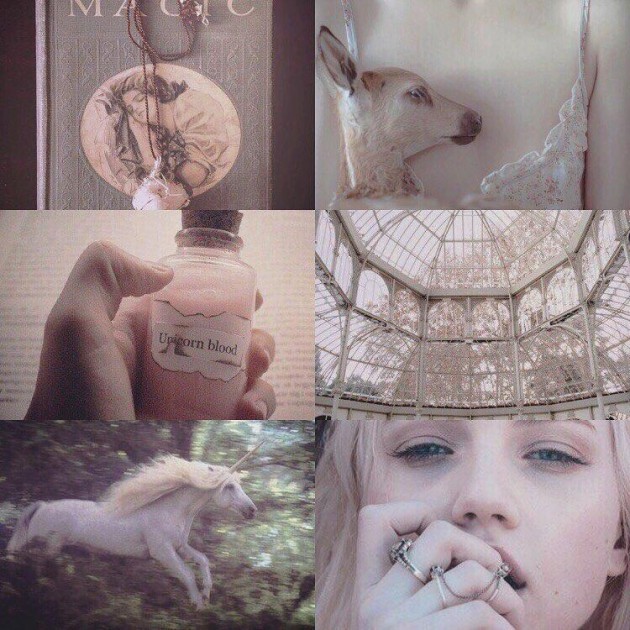 Many misunderstand the practice of Witchcraft, lumping it together with Black Magic. However, Spellbound doesn’t identify with the dark side of the occult – they merely provide a range of materials for consumers to use at their own discretion, and whatever people choose to do with them is out of their hands as they cannot possibly monitor or impose on others’ actions. Simply put, it is how people use their items that determines whether White or Black magic is at play.

Here’s an analogy: Everyone who cooks owns a knife for cutting food. But there are people out there who keep knives to cause harm to others. In such cases, the knife itself isn’t an inherently evil object, but because of human actions, it then becomes something that’s used for evil purposes.

Spellbound is open about the items and services they offer as they have nothing to hide. Again, the knife analogy – if you use knives for domestic purposes, you wouldn’t think twice about having them in full view in your kitchen. But if you’re a murderer, you’d probably keep your collection of knives hidden.

Because Witchcraft has a relatively short history of about 60 to 70 years in Singapore, people tend to get queasy about it and consider it unorthodox. However, in other parts of the world, there exists a history dating back to hundreds and thousands of years. 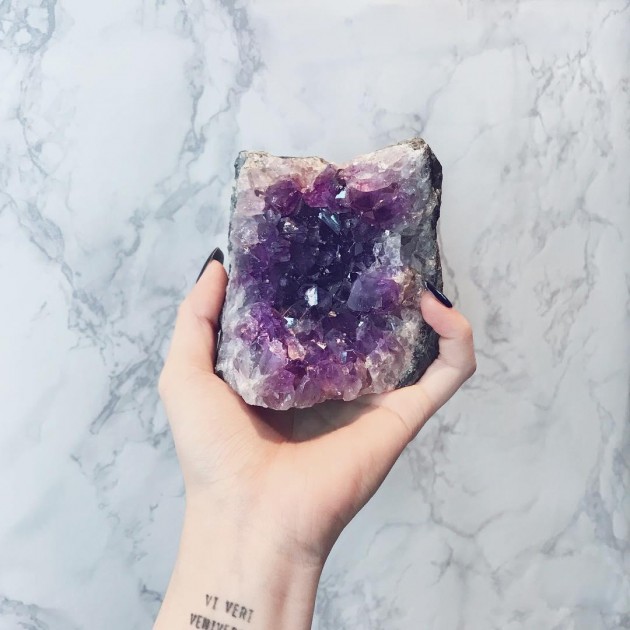 An amethyst crystal – commonly used in both Witchcraft and Feng Shui. Source: @ponysmakeup

Here in Singapore’s Asian society, we’re more familiar with crystal dealers and Feng Shui – which, in some way similar to Witchcraft, also deal with numerology and divination. Other than that, Witchcraft also places an emphasis on connecting with Mother Earth and the elements around us – Air, Water, Earth, and Fire.

Witchcraft – an uncommon but legal practice in Singapore

We’ve all got the freedom of choice – just as how we are allowed to follow any religion we want, engaging in practices like Witchcraft is also entirely up to free will. You can choose to believe in such practices, or view them with skepticism, but it doesn’t matter – the way I see it, whether you subscribe to any of such beliefs or not, what’s important is that it’s safe, legal, and no harm is caused to anyone through your practice.

Witchcraft – myth or magic? We’ll leave you to form your own perception on this.

Check out more non-mainstream things to do in Singapore: