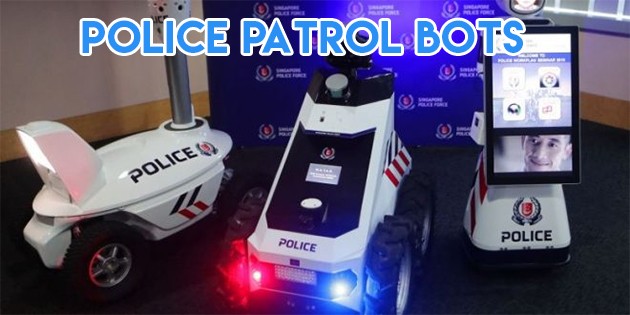 Image adapted from: Today Up

We’ve seen sci-fi movies about machines and androids enslaving humanity, and they seem like a unlikely possibility. But without us realising it, Singapore has been making some technological advancements of its own, with robots starting to be integrated into the workforce, and…

1. Pay via QR codes at the coffee shop

We already have handy ATM cards for paying at fancy restaurants or retail shops. But what if you’re queuing for your favourite bak chor mee at the coffee shop when you realise you’re all out of notes? 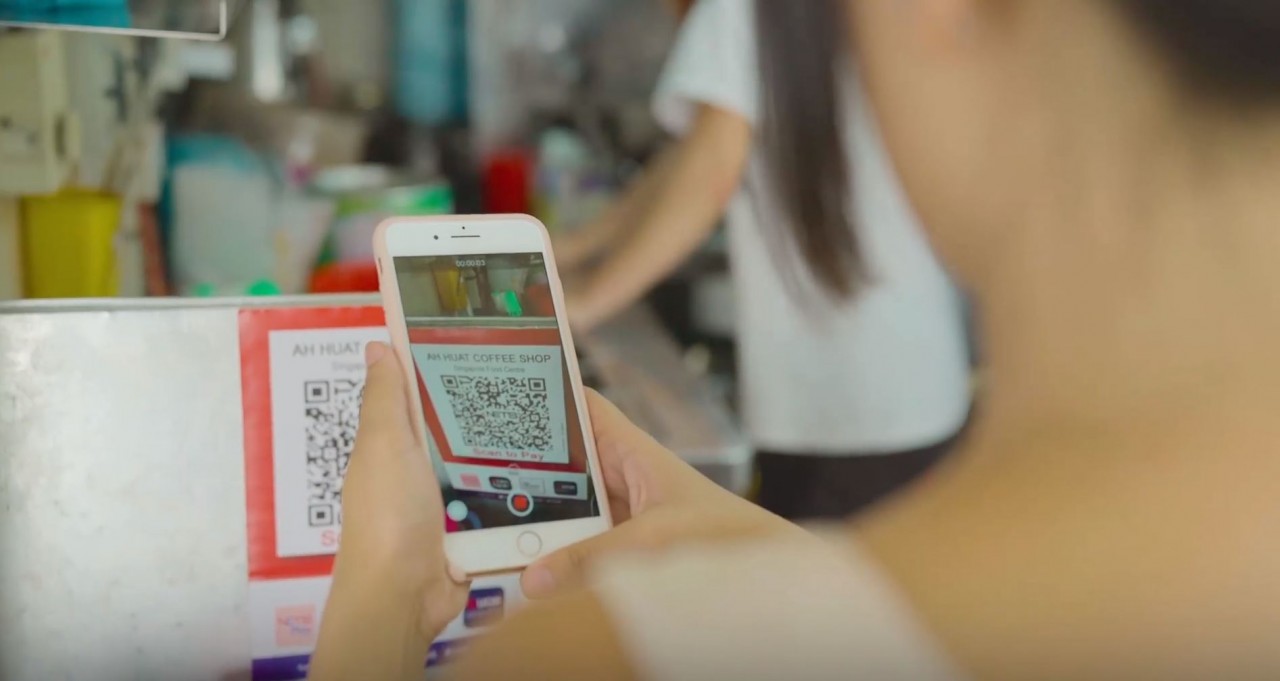 Instead of running to the nearest ATM or resorting to applying for an emergency bank loan from strangers in the queue, you can now opt to pay with your phone. That’s right – hawker centres have started to implement QR code systems which works with various mobile banking apps.

There are already hundreds of stalls on board, and companies like NETS are planning to expand the system to more than 120 hawker centres by the end of the year, so your cash woes will soon be a problem of the past.

2. Cars can now drive by themselves

You hop into the car, all ready to set off on your next adventure in sunny Singapore. But wait… where did the driver go? 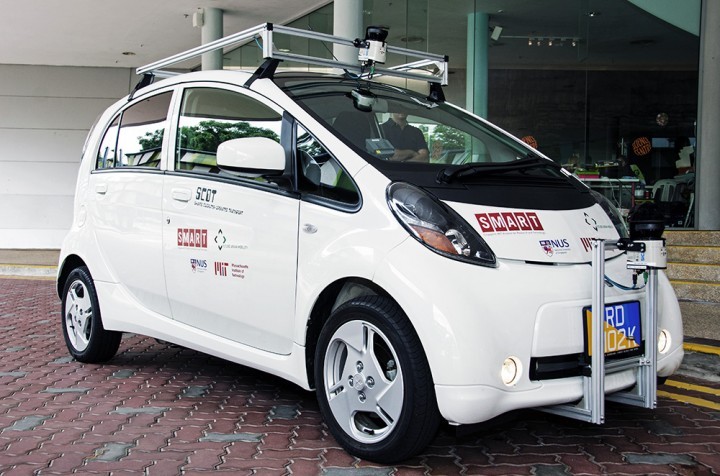 Nope, he’s not on an extended toilet break – your car is your driver. These vehicles have been given a dose of self-driving technology, which allows them to move around on their own like a real driver would.

Driverless cars might sound scary, but the technology has already been tested intensively for years. It’s even been used to ferry dignitaries like our very own Prime Minister Lee Hsien Loong, so you can be sure that these car know what they’re doing! 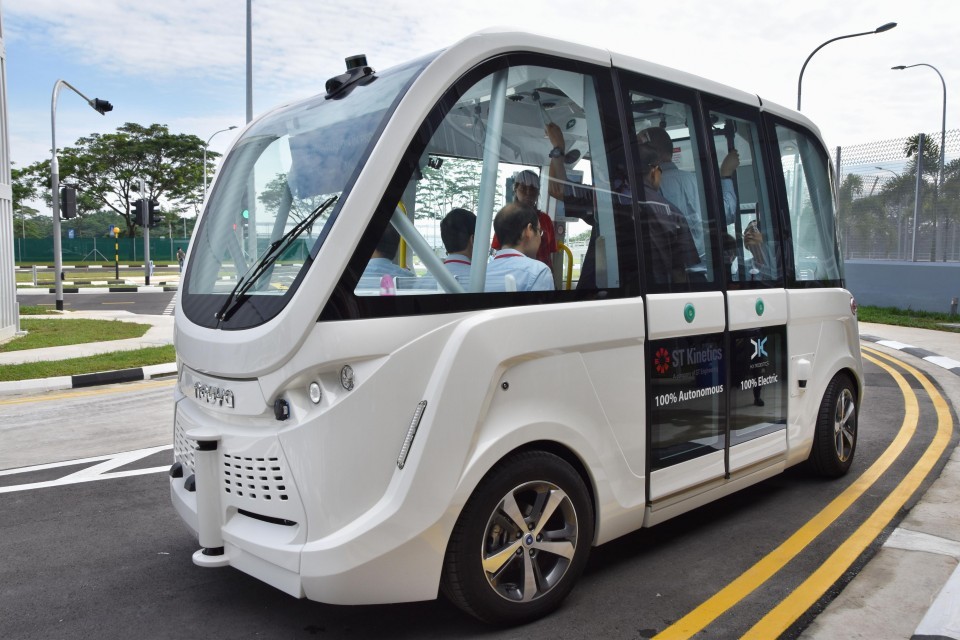 Organisations like the Land Transport Authority and Nanyang Technological University have already done plenty of testing in closed circuits, and even on public roads. There are plans to release a fleet of self-driving vehicles that you can book through your smartphones, and autonomous buses will be released in estates like Punggol, Jurong and Tengah by 2022.

3. Watches that double up as fitness bands and EZ-Link cards

We’ve seen these nifty fitness bands in action before – they can keep track of your various bodily functions, and the time too. Well, now they can be used to save you time on your next bus or MRT trip. 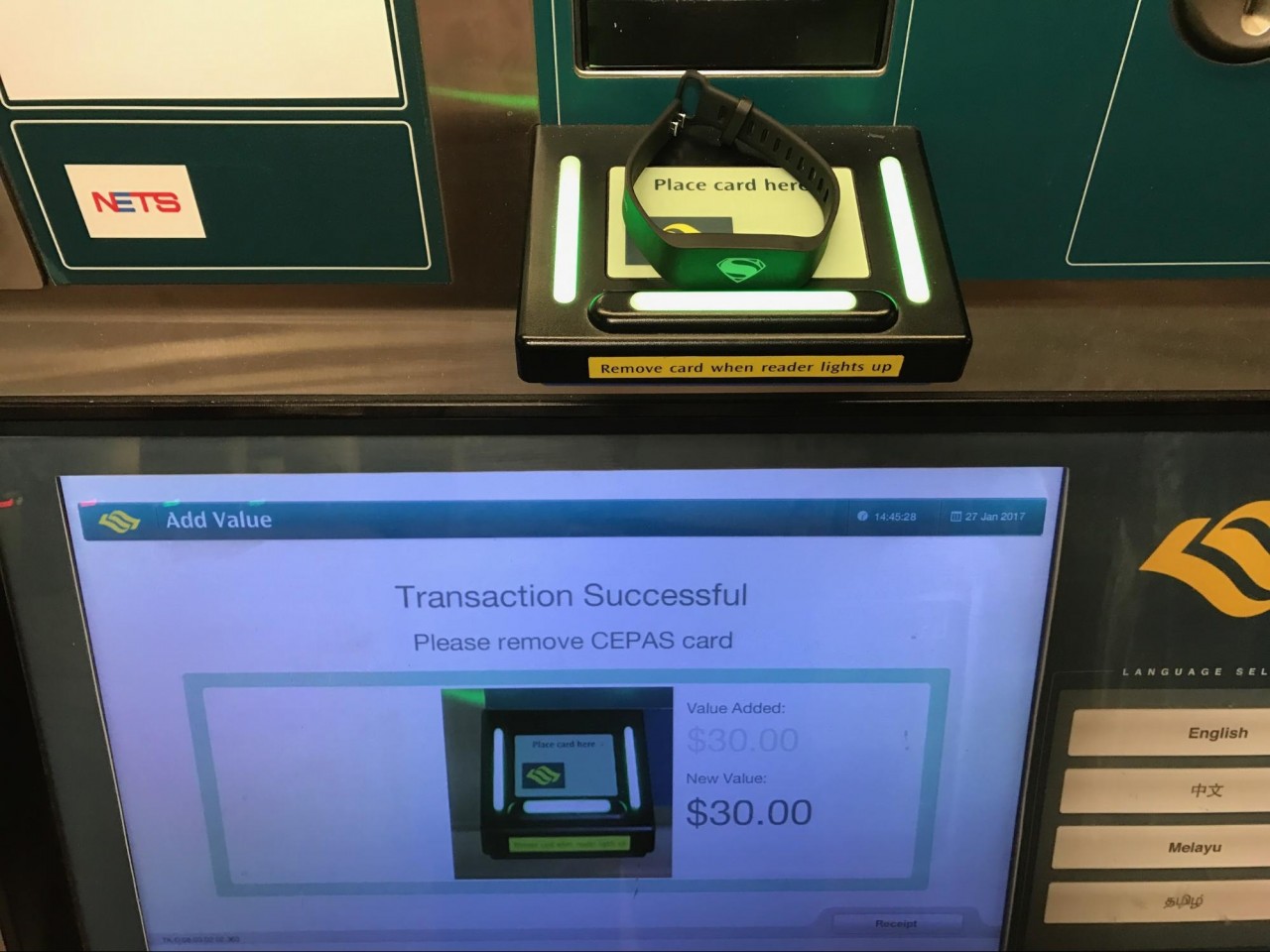 EZ-Link has recently collaborated with two tech companies to launch two fitness bands that comes embedded with EZ-Link chips. The band can be topped up like any other EZ-Link card, and since it’s on your wrist, you won’t have to fumble for your wallet when tapping in or out of a ride.

Plus, with the EZ-Link payment system being accepted at over 30,000 retail stores across Singapore, the band will also double up as a handy wallet.

4. Our police are using drones to catch bad guys

Technology is taking law enforcements to new heights – a height of 60m, to be exact. 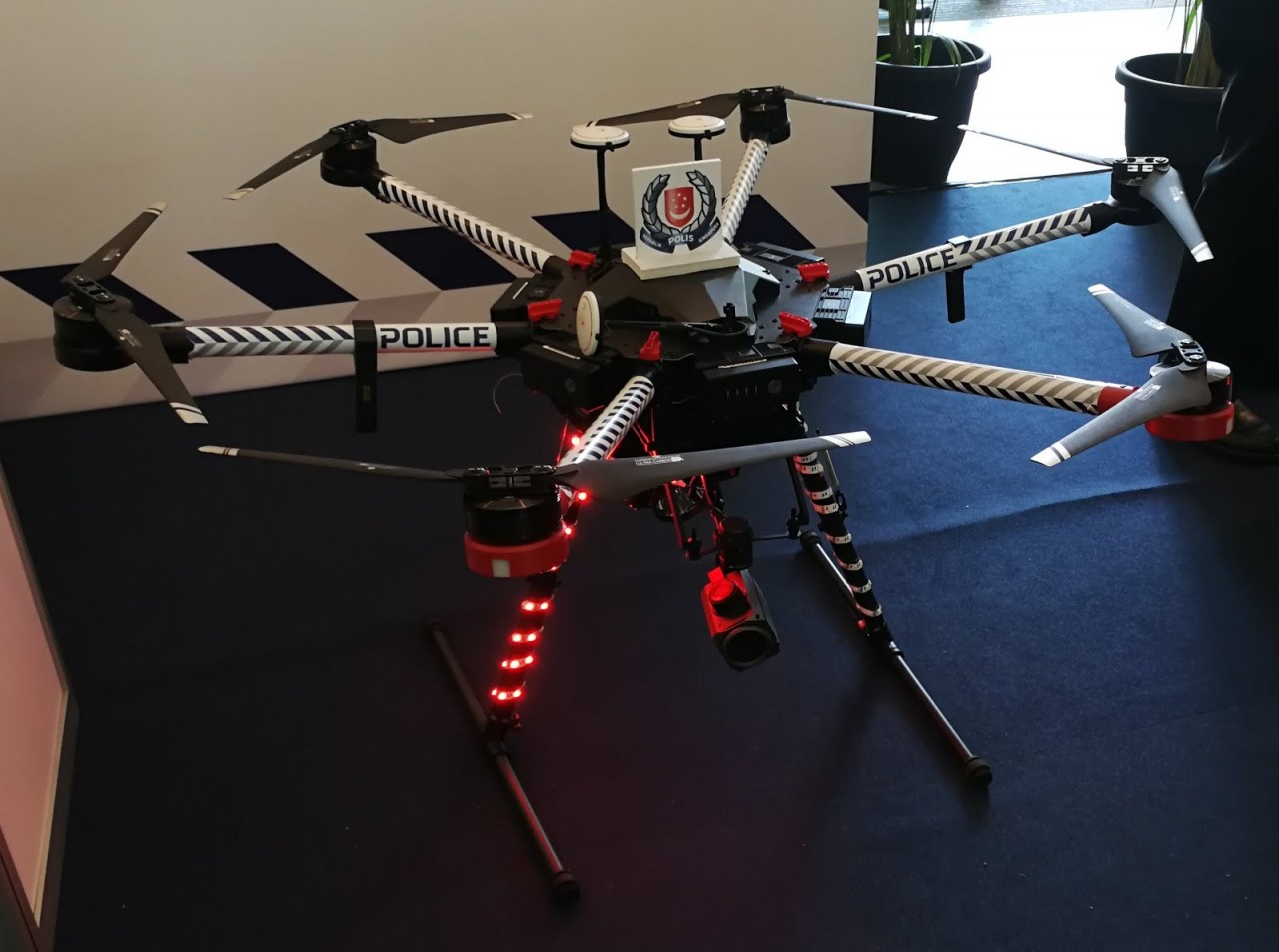 That’s the flight limit for the Singapore Police Force’s new surveillance drones, which comes equipped with sirens, an audio warning system with a 100m range, and a searchlight that’s ten times more powerful than a car headlight.

This gives the police more mobility, allowing them to follow targets through obstructions or conduct aerial searches. 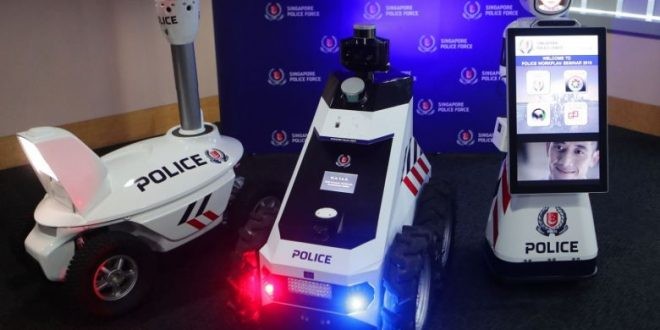 Closer to the ground, the police have recently begun deploying patrol bots at public events. These autonomous fellows are able to navigate pre-planned paths on their own, allowing an officer to tap into its image feed anytime for remote surveillance.

I’m a huge fan of Ironman, and it’s always been my dream to have my own high tech weapons suit and hyper-intelligent AI sidekick. Sadly, the closest I’ve ever come is programming my Siri to call me “Sir”.

But with Singapore testing new smart home initiatives, we might all be a step closer to having our very own Jarvis. During the testing phase in Yuhua estate, the new home systems were able to utilise sensors to monitor the movement of elderly family members within the home, and notified users if the elders were in distress.

The systems also tracked the usage of various household appliances, sent mobile notifications when appliances were left on with nobody at home, and even let users turn appliances on or off remotely. 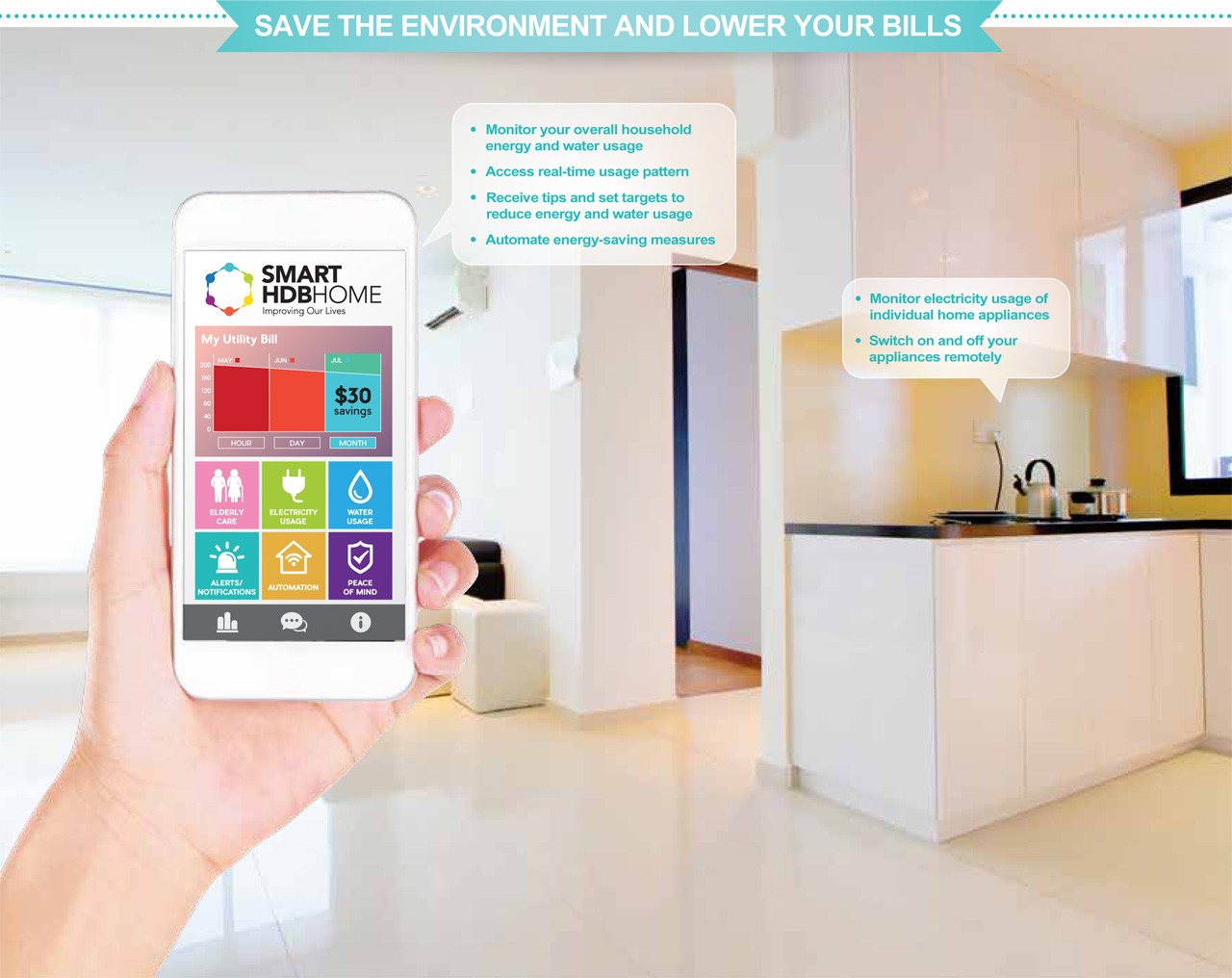 Pretty soon, we won’t have to get off our comfy seats to turn off the lights or draw the curtains. Now we just need some high-tech home gadgets and a well-sculpted mustache, and we’ll all be Tony Starks in no time. 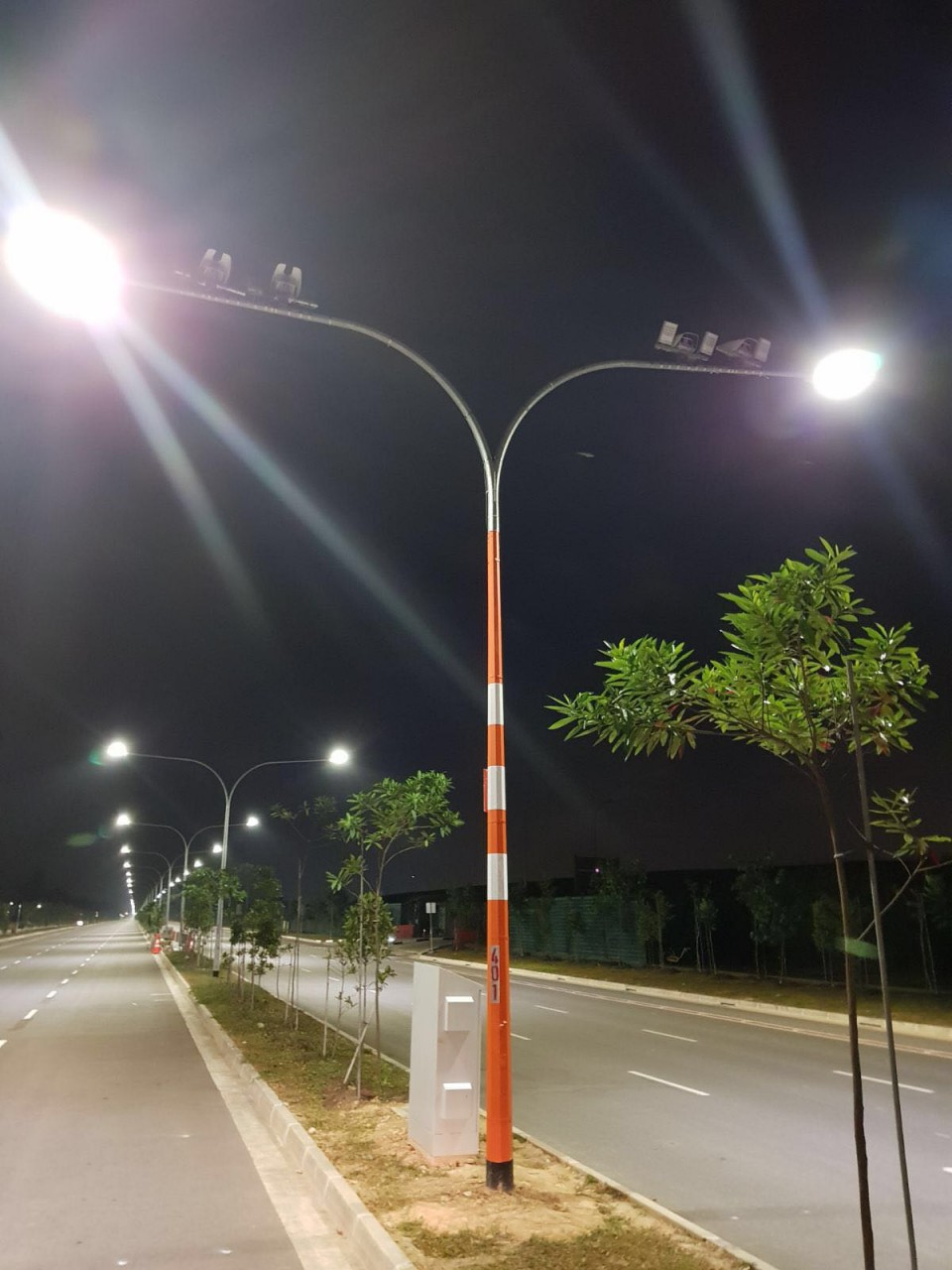 With all of these technological renovations, even our good ol’ lamp posts are getting an upgrade. Singapore is planning to equip our vast network of street lights with sensors and analytics systems, and will be launching prototypes in Geylang and one-north next year.

The new tech will allow these smart lamp posts to gather data like weather conditions, vehicle traffic and unusual sounds like car crashes or screams in isolated areas. They could even be used to guide the self-driving vehicles we mentioned earlier.

7. Robots are being integrated into society 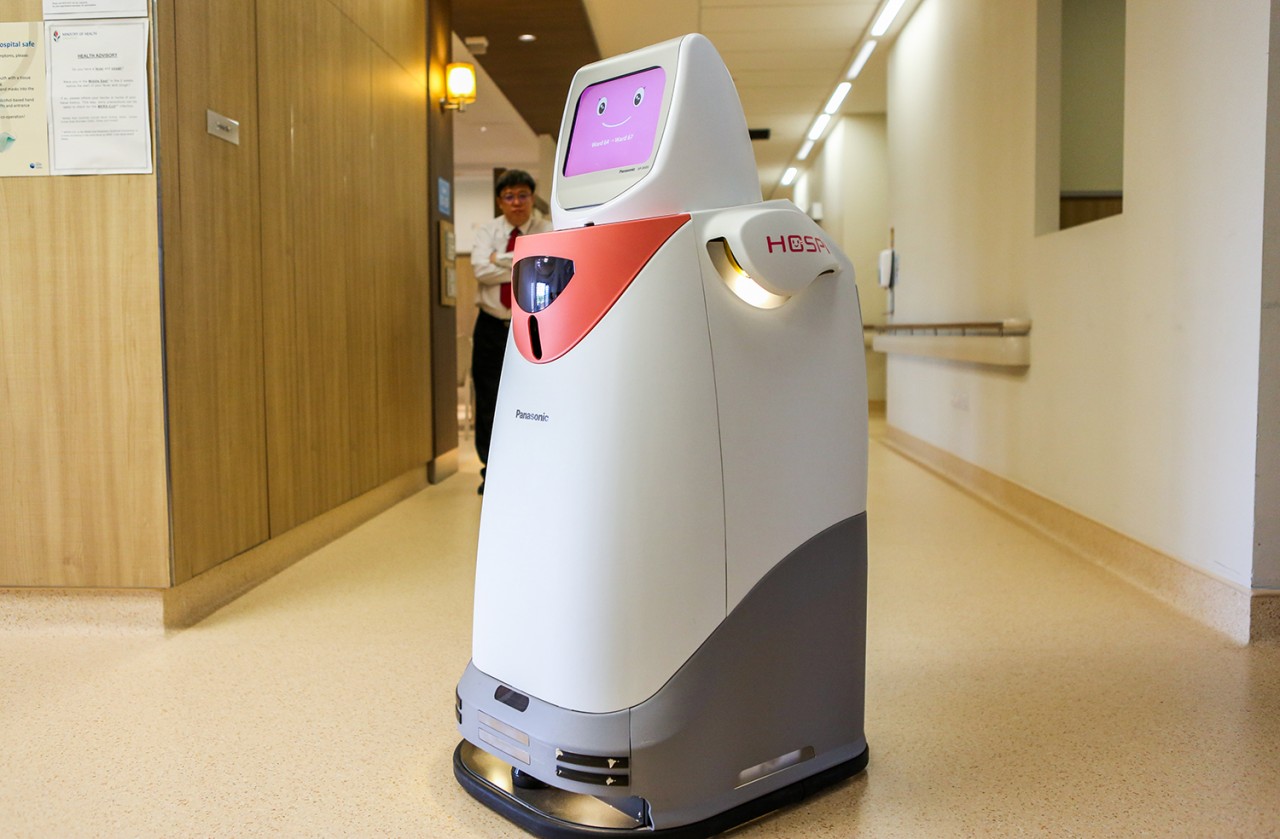 Singapore has been introducing some robotic staff into the workforce for a while – you might have bumped into tray return robots at hawker centres or androids that deliver hotel amenities. For now, their duties seem to be limited to the fetching and returning of service items.

But that could be set to change. A “RoboCoach” was recently developed by students and staff from Ngee Ann Polytechnic, to provide physical training for the elderly, and it can do a pretty good job of imitating human movements.

In other industries like medicine, robots are also being used to dispense medication, and since they move faster, this could really bring down the waiting times at pharmacies.

With these smart nation upgrades already being tested or even implemented, it won’t be long before we Singaporeans get to start living in the future. 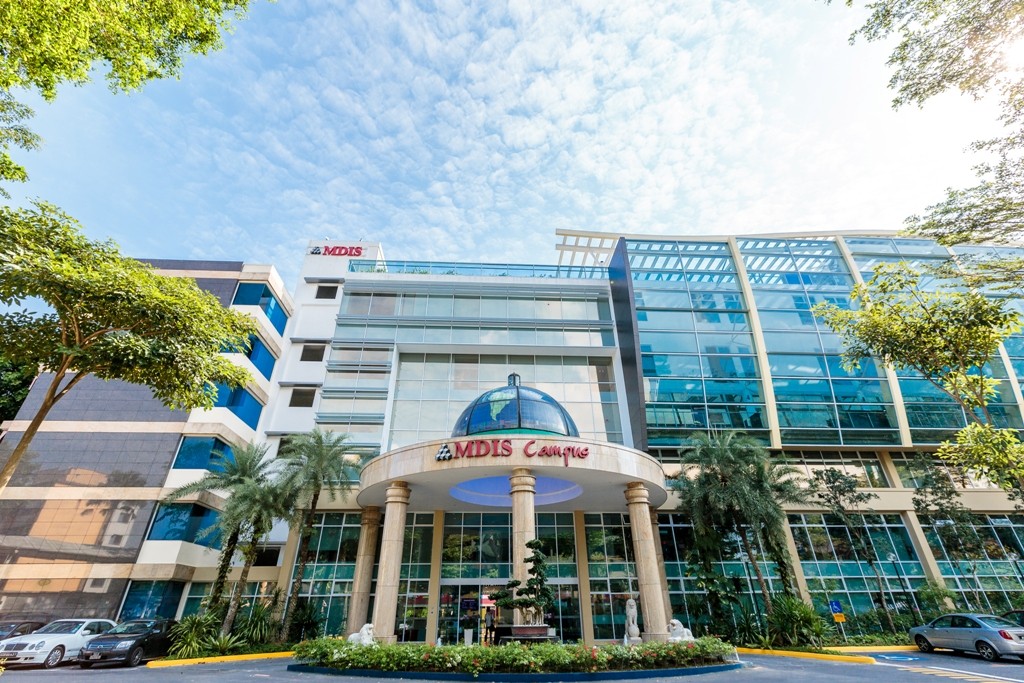 Of course, all of these advancements wouldn’t be possible without the help of our nation’s engineers. If you want to be a part of this team, you’ll need an Engineering degree – and you can earn one at the Management Development Institute of Singapore (MDIS).

With how fast technology is progressing, MDIS School of Engineering is all about being relevant and staying at the top of the engineering game. Aside from their updated curriculum and state-of-the-art engineering laboratories and equipment – that are OHSAS certified – MDIS also brings you on industry visits and workshops so you’ll always be up to date with the latest information.

MDIS has also recently partnered with Teesside University, UK; an institution awarded Silver in the new Teaching Excellence Framework (TEF), 2017 – a Government scheme that recognises excellent teaching in UK universities. Thanks to this partnership, you can totally receive a recognised degree from the UK while studying in Singapore.

This post was brought to you by the Management Development Institute of Singapore.