Living in a haunted house

One of the best parts of school would be going on an overseas exchange. The freedom from your parents, hanging out with your besties 24/7, and exploring a whole new country – if you’ve studied abroad before, I’m sure these are racking up all kinds of nostalgia. So you can imagine I was on cloud 8, 9, and 10 when I got accepted to go on a semester exchange to Germany.

But with every up comes its down, and here’s mine: the house that I lived in had an extra tenant, and I’m not talking about a stray kitty. Before sceptics go “there’s no such thing as ghosts”, you might want to read till the end before you make a stand. Here it is kids, the story of how I met, not your father, but my otherworldly housemate in my haunted house.

A scaredy cat going on a 4-month exchange to Germany 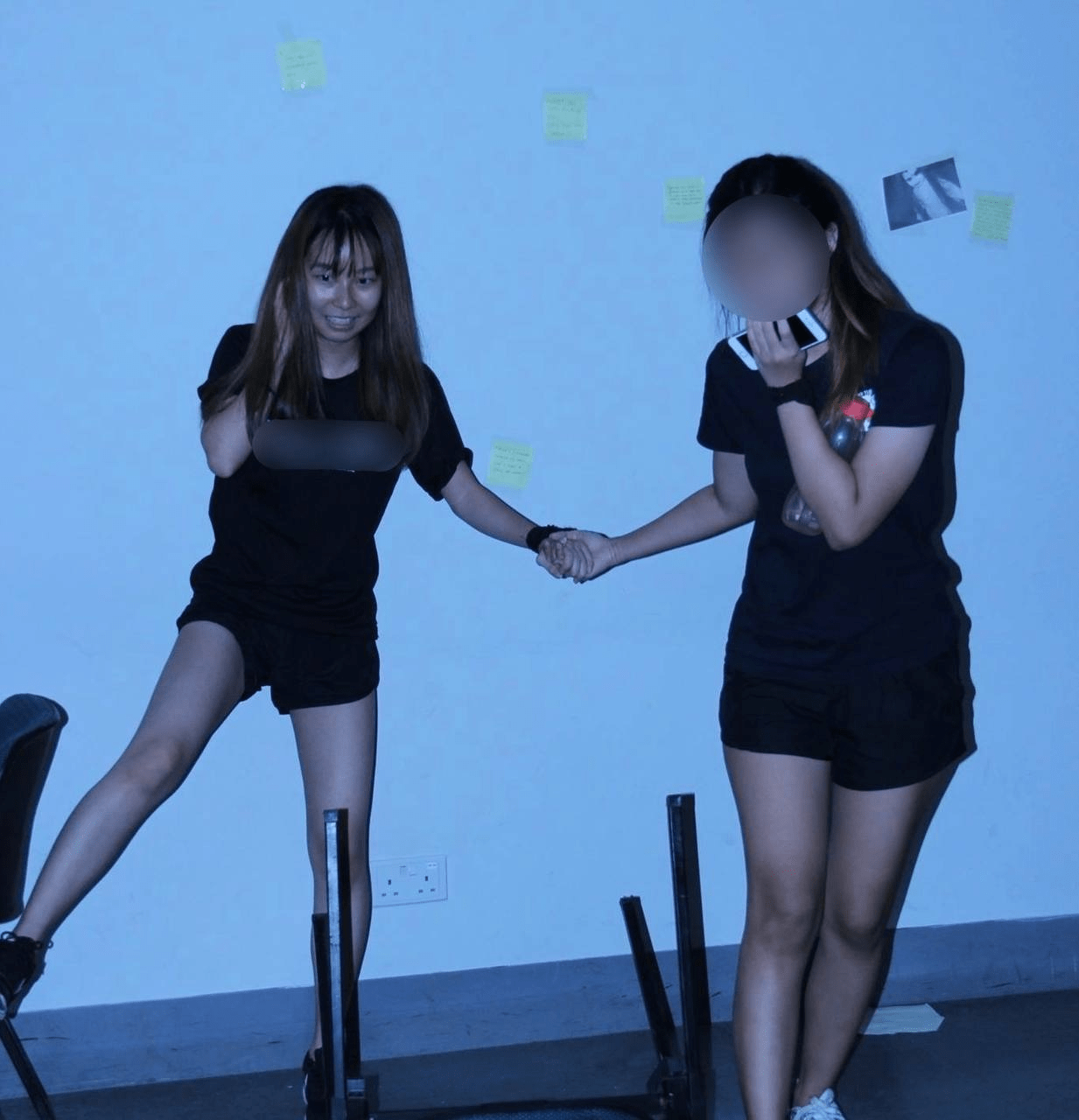 I would dread going through the haunted houses at every school camp.

Before we enter the house of horrors, here’s something you need to know about me: I was a then 19-year-old scaredy cat who has had a lifelong fear of all things creepy. My threshold? None. Harry Potter gave me intense nightmares, and there was no way I would watch shows like The Conjuring.

So naturally, when we were planning our living situation in Germany, my friends knew that I wouldn’t fare well alone – my friend Isabel volunteered to room with me.

Fast forward to September 2017, when I arrived in the small town of Mosbach, somewhere between Frankfurt and Stuttgart.

First impression of the house – it was pretty pleasant. It was similar to the big 2-storey Changi chalets and was shared amongst 8 exchange students. Our humble abode for the next 4 months.
Image credit: Joycelyn Yeow

Isabel and I were allocated a room on the 2nd floor, and above us was the attic which was left unoccupied. Our floor had a huge balcony that was perfect for outdoor parties, a shared toilet, a small but functional kitchen, and the door to our attic. The first few weeks at this place started out like any horror movie – it was pure fun. My housemates and I were getting to know one another, exploring the quaint little town, and having potluck sessions at the balcony where we tried out different cuisines from our home countries. Enjoying my solo meal of instant noodles while the rest of my housemates were out.
Image credit: Joycelyn Yeow

Everything felt normal; no thoughts about the house being dirty had even crossed my mind. I was comfortable staying alone in the house, and I’d have chill me-sessions in the kitchen or balcony late at night. I remembered telling my parents that I was living the life. But as Taylor Swift would say, it was a “nightmare dressed like a daydream”.

The first encounter: A lurking presence 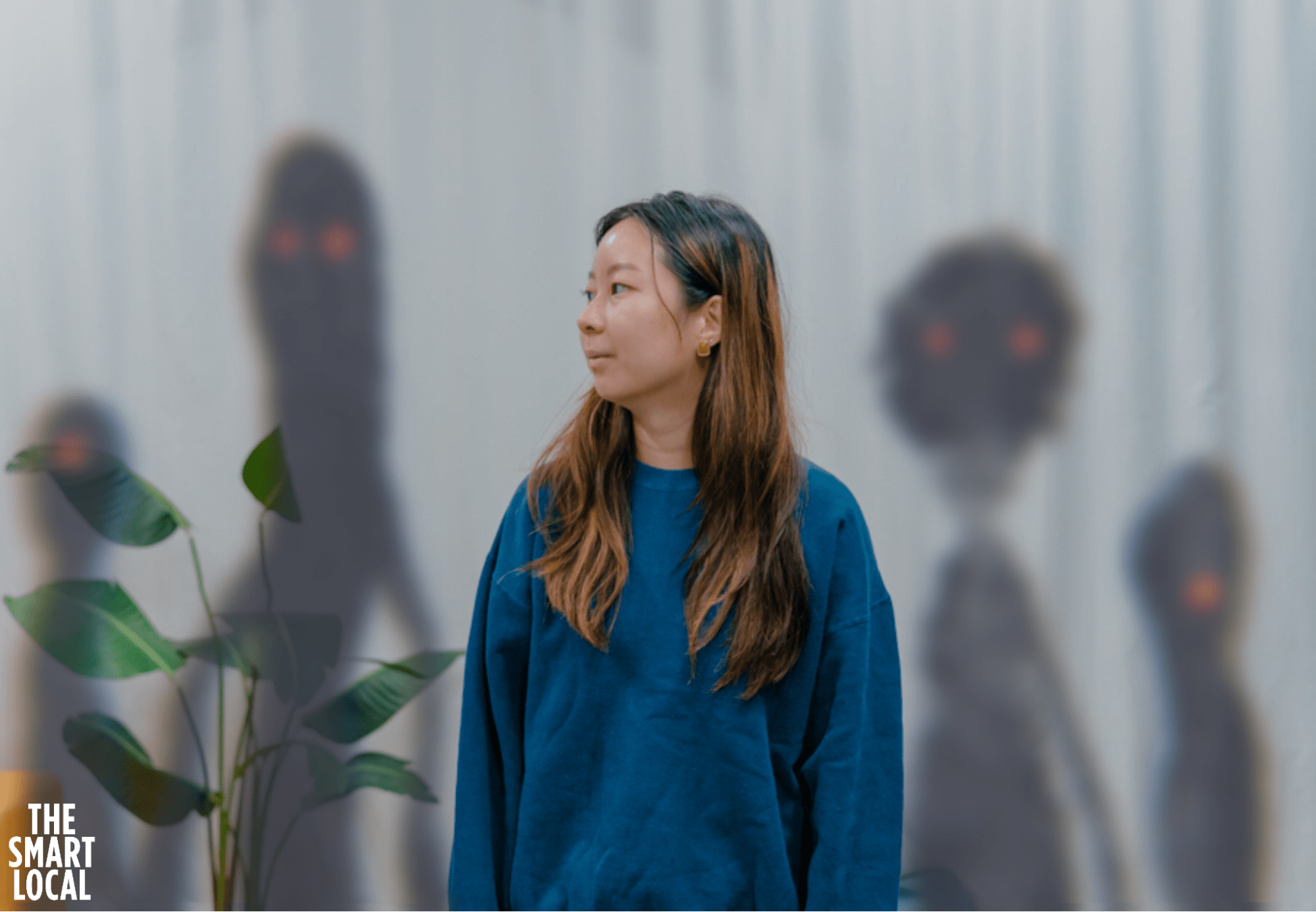 As I got used to the life in good ol’ Germany, things started to get eerie. I remember it was a weekday afternoon, and my housemates were in school while I decided to pon classes and stay home. Badass, I know – but not quite.

I was tidying up our table, with my back against the door and I suddenly felt a strong presence behind me. So strong, in fact, that I was positive that Isabel had come home and was standing behind me – so I called out a greeting to her. But lo and behold, only silence greeted me back.

“Eh Bel, how’s school?”, I said again while turning around.

This was when I realised that no one was behind me. When I went around the house searching for the culprit, it became clear that I was still alone – my housemates only came back 3 hours later.

That night, I told Isabel about this but we decided to brush it off. We’d just watched a semi-thriller movie the night before, and it might have triggered some of my paranoia. We decided to update each other if anything similar happened, but in the meantime, life carried on as is.

Terrorised by footsteps in the attic and a rattling rack The spare room was empty except for a desk, a chair, and a foldable metal clothing rack.
Image credit: Isabel Lim

Naturally – or superunnaturally – I began to stick to my housemates more and was rarely on one’s tod. Time passed, and it was finally the month of examinations. There was an unoccupied spare room right next to ours where Isabel would study at – she was a night owl, so she’d stay up till the wee hours of the morning while I slept. I think you know where this is going.

One night around the witching hours of 3am, she suddenly heard crazy loud footsteps coming from above, AKA the attic. We couldn’t see beyond the stairs but it looked like a gaping pit of darkness.
Image credit: Unsplash
Image for illustrative purposes only.

Ah, the dreaded attic. When closed, the entrance looked just like any other door – white with vertical stripes, and a brass door handle. When we were previously touring the house on our first day, as expected of 19-year-olds, curiosity had gotten the better of us and we decided to open it for a sneak peek.

That 5 seconds I had from glimpsing in was enough to haunt me for a lifetime. Call me dramatic, but it looked like Narnia gone wrong. It had the trappings of every scary film’s entryway to doom – zero lights, layers and layers of thick dust on every surface, and an old wooden stairwell leading up to the attic.

Our landlady had previously told us that no one was allowed in the attic unless they’d been authorised by her. But who were we kidding – no one in their right mind would willingly make a trip up after that preview.

So knowing full well that there’s 0 possibility of a human being up there, Isabel deduced that it was the same spooky “thing” that was in the room with me the other day.

Tired and frustrated, she had had enough. “Oi, I never disturb you, I just want to study la. Leave me alone and get lost, can?!” – that’s right, my gungho friend scolded Mr. Ghost. Immediately, the clothing rack behind her rattled furiously. A couple seconds later, the rack – and Mr. Ghost – calmed down, and the footsteps stopped.

Isabel recounted this freaky incident to me the next day, and explained her actions. She believes that these unseen beings can sense fear. So to dispel and get rid of them, we had to prove that we were stronger and fiercer than them, hence why she reprimanded it. Talk about #dominance. That same week, one of our housemates shared about a dream she had of a faceless man. Said guy was standing over her, watching but unmoving. Before she could continue the plot of her nightmare, our other housemates chimed in and said that they had that same. exact. dream. At this point, I had shut out the rest of the conversation and was looking at Isabel in fear.

Later that night, we were detailing the rattling clothing rack incident to our housemates to check if anyone had experienced a similar situation, or if anyone was in the attic that night. But you guessed it – no human had been up in the attic since the day we had our sneak peak.

That was it for me. My phasmophobia hit an all time high, and I finally acknowledged that we were sharing the house with a lurking entity.

I know what you’re thinking, “Change house, ASAP!”. But moving out wasn’t an option as Mosbach was an extremely tiny town and lodging options were limited. I didn’t even remember coming across a hotel that we could stay at. Plus, we had already paid our rent for the remaining month, and our landlady was not the nicest – so it was unlikely we could get a refund.

My calls back home remained ghost-free as I wanted to continue convincing my friends and family that everything was hunky dory here. Maybe it was my ego talking, but I also felt that there wasn’t much use if I told them.

And so we continued on, haunted by the unknown spirit. While there weren’t any more mentions of the faceless man, I would occasionally feel that same lurking presence – and Isabel began to feel it too.

I refused to remain in any room alone, and I always stayed in the dining area where there would be housemates around. Some nights, when my fear got the best of me, I would shamelessly ask Isabel to accompany me in the toilet while I showered. On days where I felt more courageous, I’d remember Isabel’s advice about asserting dominance over the ghost. I’d put on my big girl pants, face the direction of where I felt that chilling presence and admonish it for disturbing me. Maybe it worked, or maybe it was just placebo, but I did feel that the unwanted presence would sometimes fade away after my chastising. 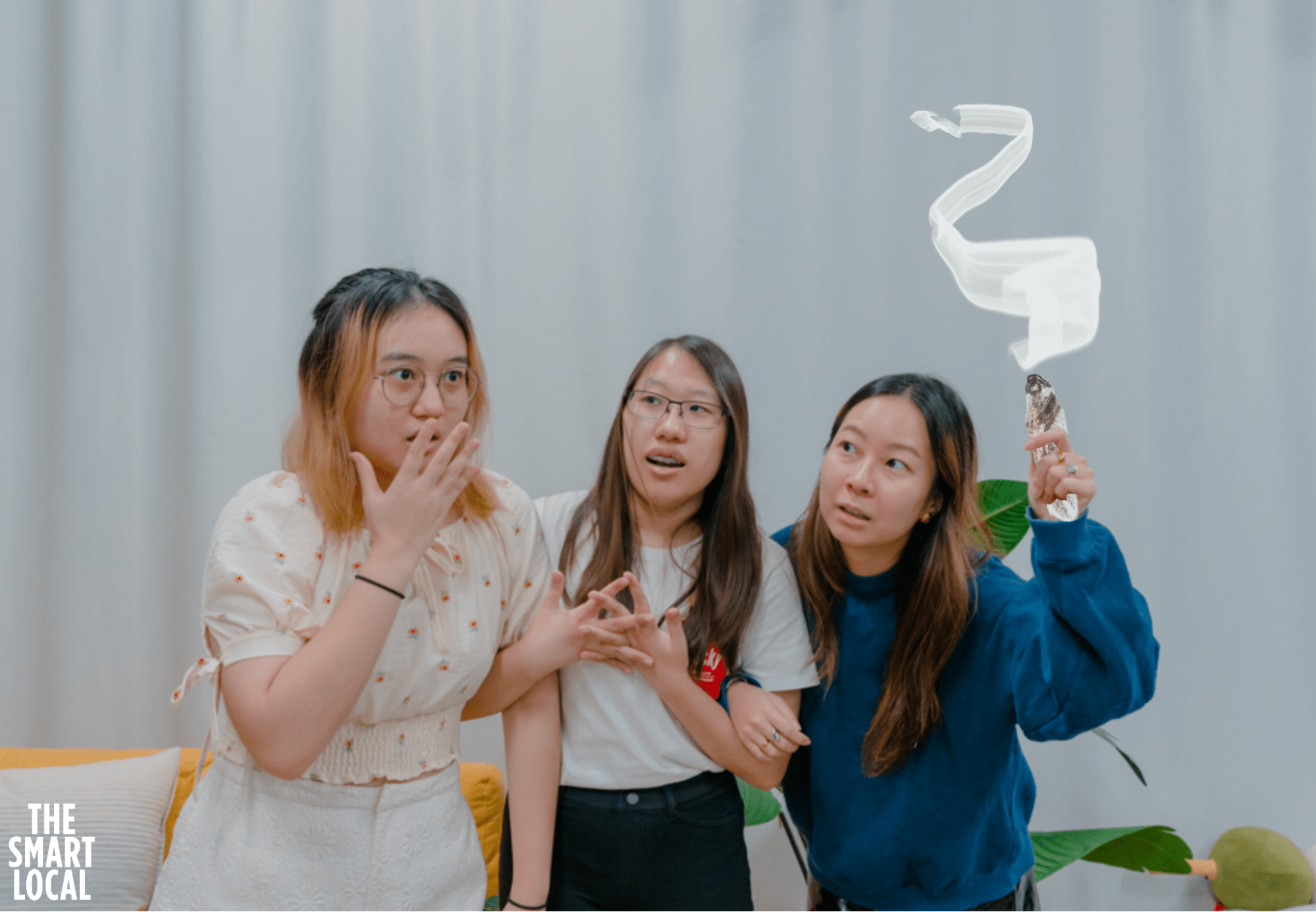 My housemates and I also turned to spirituality for help – I would sleep with my bible next to me and fall asleep to worship songs. Laugh all you want, but Jesus and I ain’t here to play. Some of my housemates also burnt sage in a desperate attempt to get rid of the bad juju – I didn’t quite buy into it, but hey, whatever might work, right?

It’s one thing to visit the haunted houses at Halloween Horror Nights, but it’s another to live in an actual one. After our 4-month stint there, despite our efforts, the house still remained creepy to the day we left. Regardless, I had truly enjoyed my time there and recounting these stories got me longing for those days again.

I’d like to think that I came back to Singapore a lil’ more courageous and less afraid to join the audience of a horror story sesh. Sure, I was still a big wuss, but at least I no longer feel intense FOMO whenever people bring up their own spooky experiences as I now have my own to share.

And in some twisted way, this experience taught me that living in a haunted house wasn’t such a dramatic life-and-death situation as I thought it would’ve been. After all, aside from having a resident peeping tom, the ghost did nothing to disrupt our daily lives. I’d say that 90% of the fear was really in my head, cultivated by the constant paranoia I had.

Some may argue that I was just lucky, or that foreign spirits are less hardcore than Asian ones. I mean, we even have an article about SG versus ang moh ghosts. Besides, there are way more terrifying things that could happen – like a roommate leaving their used condom in your room. But that’s another story to tell. Teehee.

More ghost stories for you, not me: 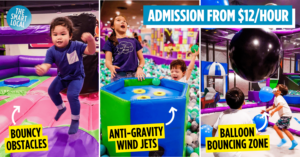 PLAY by KinderPlay: Cartoon Network-Themed Playground At Changi T3 With Ball Pit & Obstacle Course
There's A New Avatar Experience At Gardens By The Bay That Brings Pandora & The...