Growing up with a love for all things spooky, Istana Woodneuk was one location that was naturally always on my radar. Besides having been one of Singapore’s hottest urbex destinations, it was also popular among photographers thanks to its mystery and grandeur.

Alas, over 10 years have passed since then. The mansion has long since been cordoned off, keeping sneaky adventurers away lest they dare face a trespassing penalty. We’re not planning on getting tangled with the law anytime soon, so here’s Istana Woodneuk’s origin story to keep the curious pacified.

Note: All TSL file images were taken before Istana Woodneuk was officially sealed off.

Built during the 1800s and owned by Johor royalty 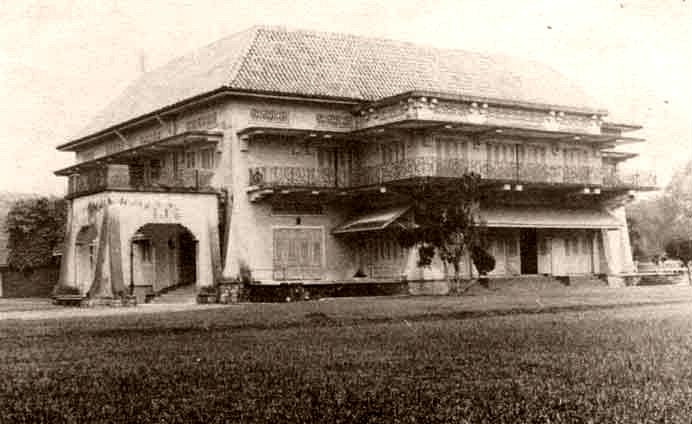 Istana Woodneuk lies deep within the woods between Holland Road and Tyersall Avenue – not too far from Singapore Botanic Gardens.

The palace’s humble beginnings date back to the 19th century and is said to have been built for the then Sultan of Johor Sir Abu Bakar’s fourth wife, Sultana Khadijah. She eventually sold it to the sultan’s son, Sultan Ibrahim, before she passed away in 1904. 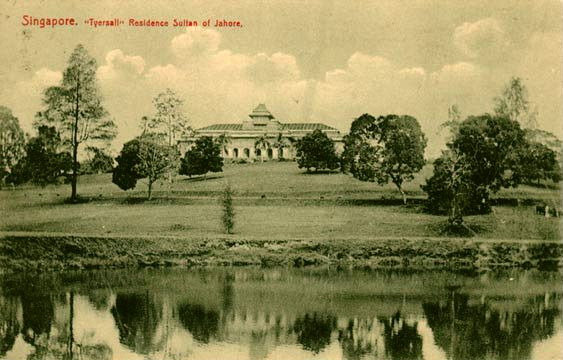 Woodneuk used to be frequently mixed up with the now-demolished Istana Tyersall, which was also part of the Tyersall Park estate, serving as the home for Sultan Abu Bakar and his third wife, Sultana Fatimah. 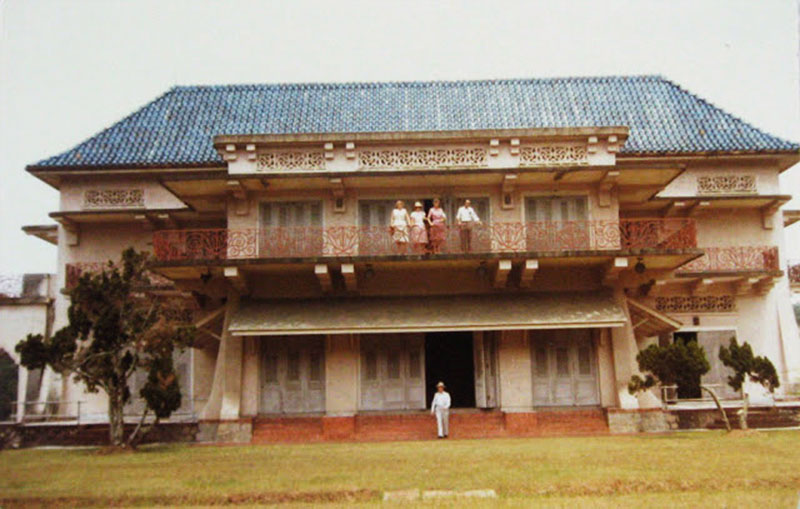 One way people used to tell both residences apart were the roofs – Woodneuk boasted bright blue tiles, while that of Tyersall was brick red. The latter was unfortunately abandoned shortly after a fire broke out in 1905 when nobody was home, leaving the mansion blazed beyond repair.

Woodneuk wasn’t doing all peachy keen either. In an eerie coincidence, it was engulfed in flames in 1925, leading to it being rebuilt and taking on the new name “Istana Wooden York” after completion in 1935, though this never really caught on.

Just when you thought two fires were enough, the estate had to withstand bombings during WWII in 1942 – but first, let’s rewind a little to see how it even got to this point. 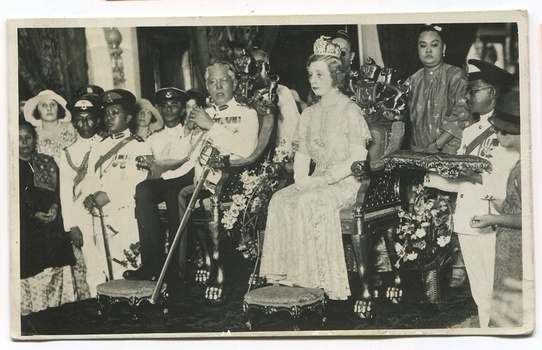 1939 saw Sultan Ibrahim lend part of the Tyersall estate to the Indian Army to be used as a military camp in light of the impending war. He continued living in the palace before vacating the premises for Johor before the Battle of Singapore.

While the country was under attack during the war in 1942, Istana Woodneuk served as military headquarters. The bombings in the area also meant that the house had to undergo further renovations, before finally falling back into the hands of the Sultan in 1948. 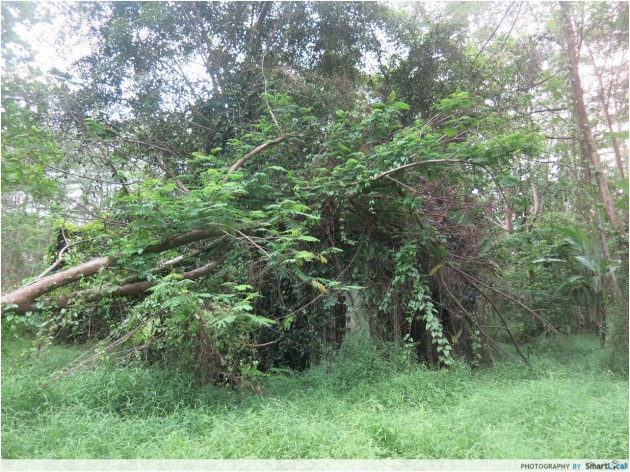 Further down from the mansion is a hut – now shrouded in thick foliage, of course – that’s believed to have been a guardhouse or servants’ quarters

And here’s a fun nugget of information: Kevin Kwan, the author of Crazy Rich Asians, actually shared that the mansion inspired the fictional home of the story’s Young family, which is set in Tyersall Park. 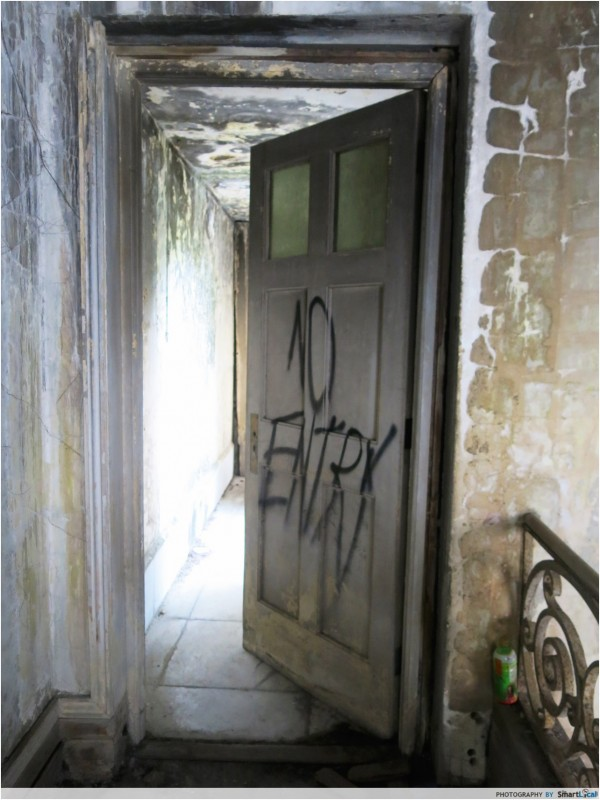 Istana Woodneuk was eventually abandoned somewhere along the way, and the Singapore Government purchased Tyersall Park in 1990.

Sadly, walls soon became cloaked in graffiti no thanks to wandering vandals, and rooms once reserved for royalty were now used as a storage dump for nearby construction. 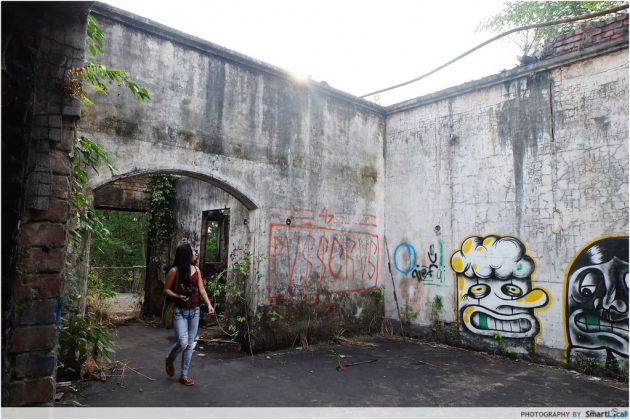 Things took a turn for the worse in 2006 when a fire completely razed Woodneuk’s iconic blue roof into oblivion, leaving it a headless ghost of the glorious palace it used to be. This rendered it structurally unsound and irreparable. 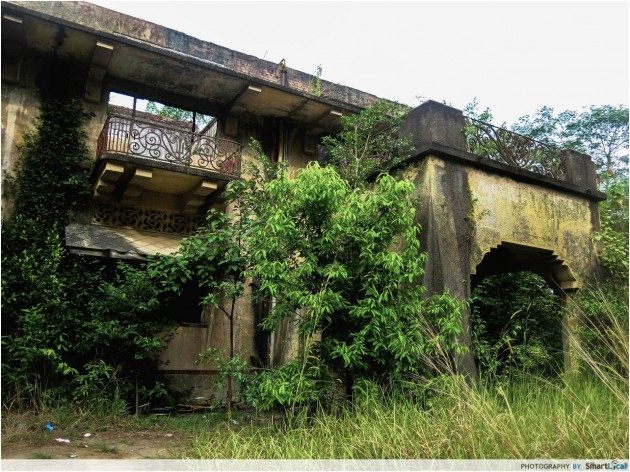 No blue roof in sight, though explorers have found remains of the tiles strewn about the house. It was reported that the fire was caused by drug addicts that were in the area.

And I know what you’re thinking. A fire? Again? AGAIN?

Is the land cursed? Did it fall into the hands of an ancient witch? Honestly, nobody will ever know.

This was enough to catch the attention of curious Singaporeans and travellers alike, who soon flocked to the dilapidated mansion for a variety of reasons – from urban exploring and photoshoots to straight-up ghost hunting. 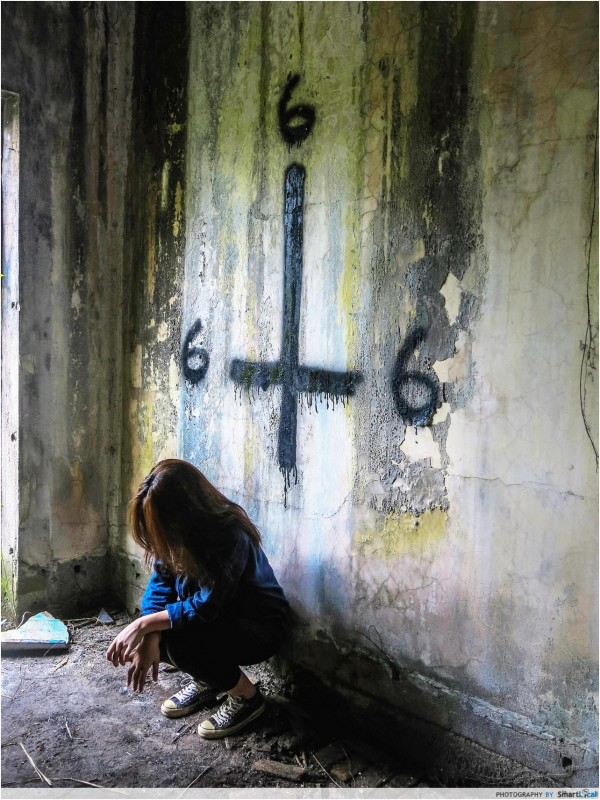 Ain’t no spooky location complete without some ritualistic “art” 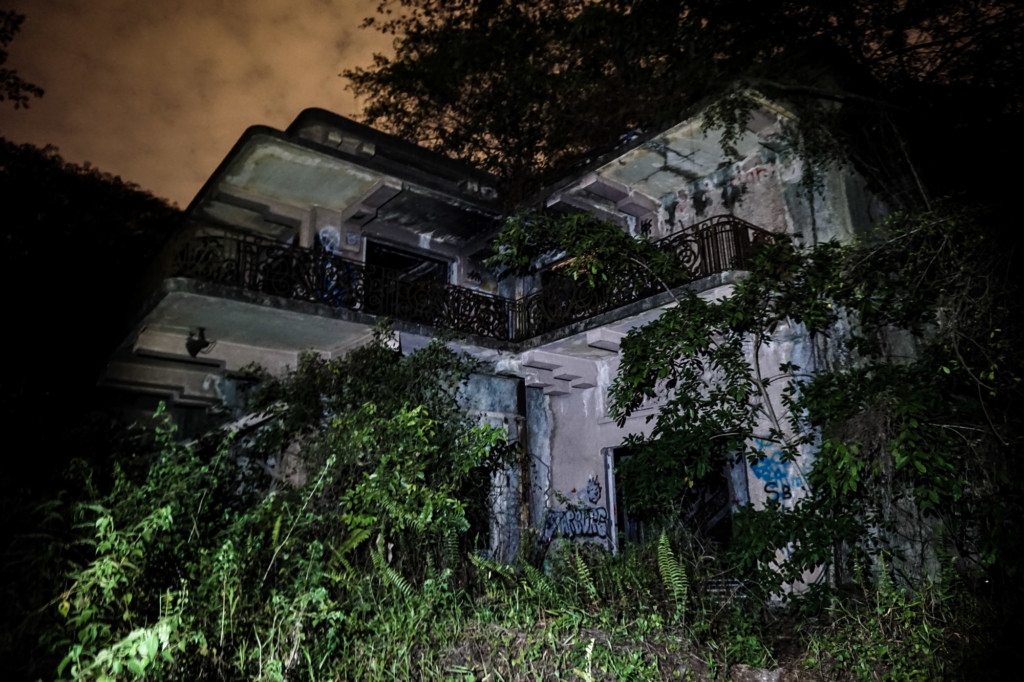 It’s been over a century since Istana Woodneuk was built – the palace now finds itself ridden with wild vegetation and a reputation for being one of the most famous “haunted” houses in Singapore. 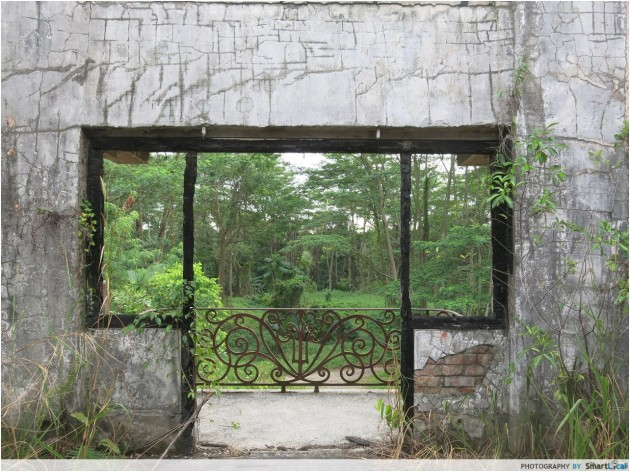 The land is still owned by Johor royalty, with the paths leading into the area blocked with trespass warnings. Whether or not hantus call the long-forgotten mansion home will remain a mystery, but here’s to hoping that the site will be preserved for time to come.

Check out our full Istana Woodneuk photo guide from when it was still accessible back in 2015. TSL does not condone trespassing, so just use online eye power, ok?

Give yourself extra creeps with these ghostly tales: 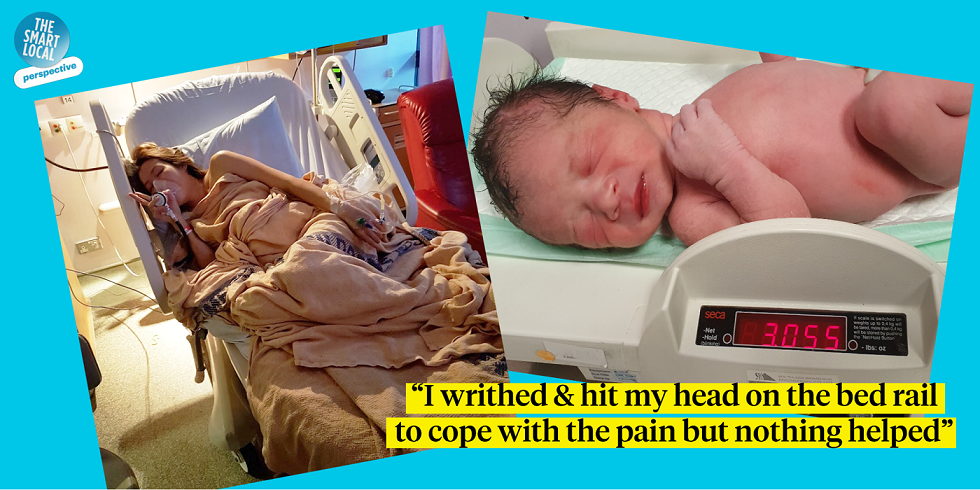 What Giving Birth Without Epidural Feels Like - As Told By A Mum Who Went Through Labour With and Without
Lasik In Singapore: How It Works, Surgery Places & Prices For Those Who Want 10/10... 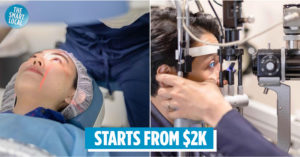