Seventh month is finally here, and according to Chinese folklore, it’s the time when the Gates of Hell open and hungry spirits pour out looking to haunt any poor human souls. While you probably have higher chances of having a creepy crawly follow you home, it’s still good to know about how to avoid bringing home a spirit with you this Hungry Ghost Festival season.

For all things ghost-related, check out:

1. Don’t stay out past midnight 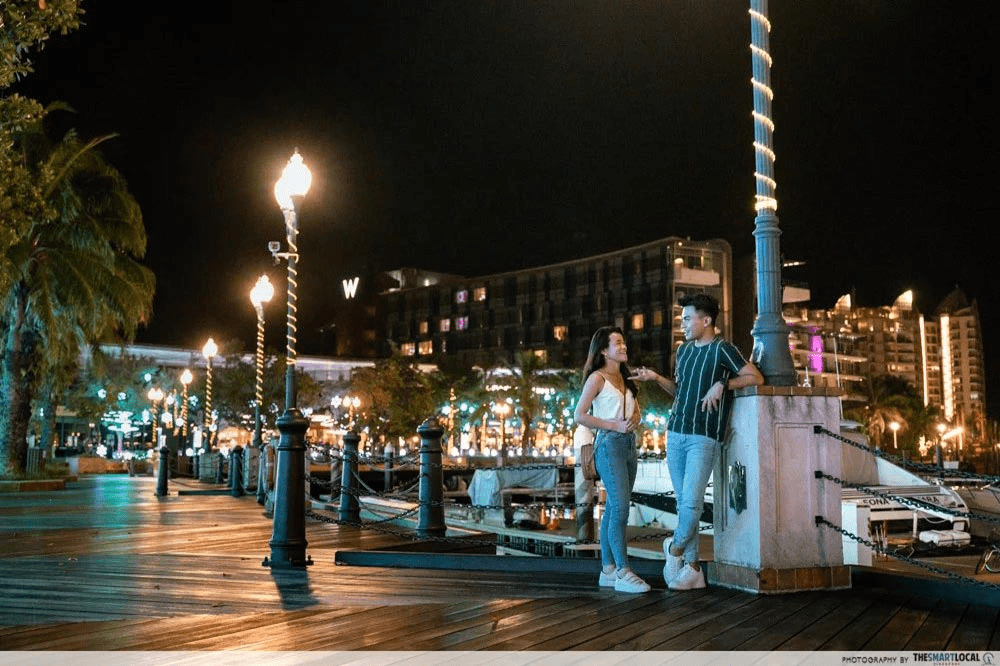 It’s common knowledge that nighttime is when ghosts come to life. Some believe that this is due to us being able to see more clearly during the day, which makes it harder for ghosts to play tricks on our eyes.

The number one tip here is to make sure to be home before midnight. If you do find yourself out in the dark past 12am, do not turn around if you hear an unfamiliar voice calling your name or if something taps you on the shoulder. By turning around, you’ll be acknowledging the presence of the ghost and giving them the power to harm you. Watch any ghost hunting show and you’ll see that one of the best tools to capture paranormal evidence is the camera. For those who are a fan of taking selfies, it’s best to avoid doing so for this month, as there’s the belief that taking a photo alone is an invitation for ghosts to join you.

Unless you want Casper and his goons to appear in your next Insta post, perhaps resist the urge to feel yo’self, at least till Hungry Ghost season is over. In Chinese superstition, there’s a belief that you can be reincarnated after death. And of all the forms our ancestors could take during reincarnation, they choose to come back as creepy crawlies.

So the next time you spot a moth flying around your house, fight back the impulse to whip out the broom. After all, it could turn out to be one of your deceased relatives just checking in on you. If you do have a deadly phobia of insects that your departed relatives are well aware of, maybe this is their way of getting you to join them sooner. This year, Hungry Ghost Festival coincides with National Day. But if you’re decked up in red for the NDP parade, be warned. This colour is said to attract ghosts according to Chinese superstition, as people who are murdered or wronged can seek revenge if buried in red. Unless you want to stand out like a buoy in the ocean, maybe wear white for now.

This extends to the colour of your undergarments as well. Yes, ghosts can see through your clothing and tell what colour boxers you’re rocking. Best to err on the side of caution and go commando. There’s a reason why this is a cliche in horror movies: an unseen hand grabs a character’s leg in the swimming pool. Some playful ghosts are said to drown people who are swimming by pulling them underwater and preventing them from surfacing, regardless of the time of day.

Apart from the fact that you’ll be exposing yourself to the most dangerous of spooky situations, there’s also the threat of being killed while wearing a pair of speedos. Yikes. 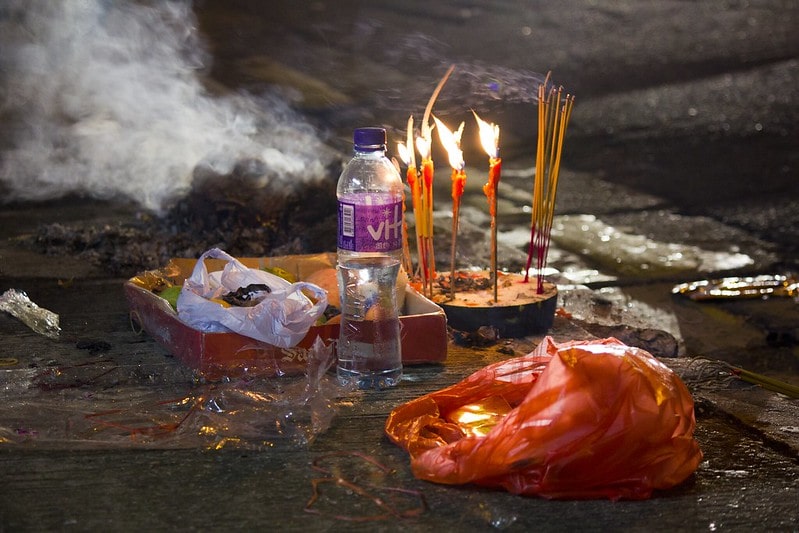 We’re all guilty of using our phones without paying attention to our surroundings. However, you may want to be extra cautious this month. Stepping on joss sticks or burnt offerings along pavements can cause a vengeful ghost to come after you.

It’s also not uncommon to see paper plates with food on the sidewalk during the seventh month. According to Chinese beliefs, spirits are not allowed to eat during their time in Hell. Therefore, when they are allowed to roam the Earth, food offerings are set up to satiate their hunger and appease the ghosts so that they will leave people alone.

Disturbing their food will definitely incur their wrath. If you do accidentally step on an offering, make sure to apologise and put the food back in its rightful place. 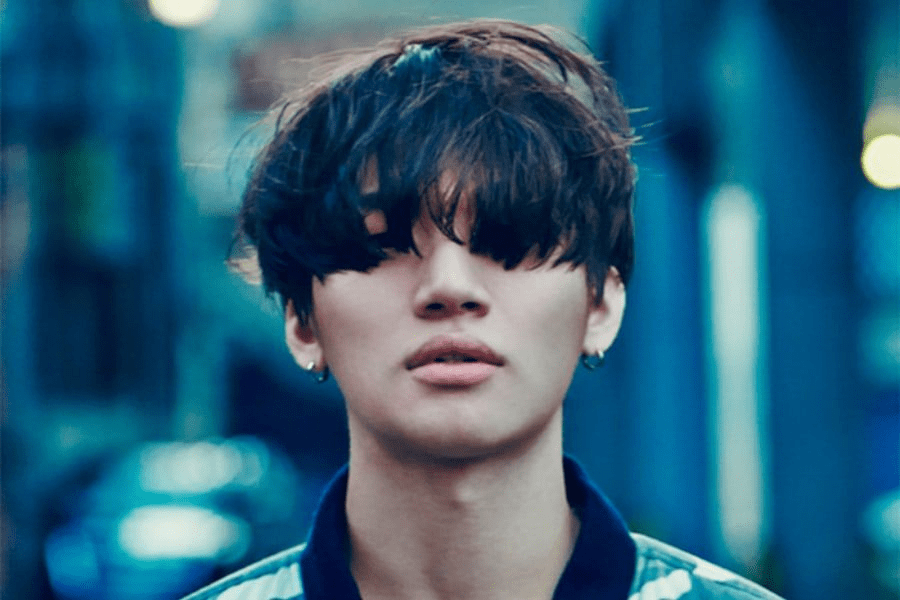 There’s a Buddhist belief that one’s forehead emanates powerful life energy. A forehead clear of blemishes and lines – and hair for this matter – signifies good luck and positive energy.

This is a weapon that you can use to scare away ghosts if they do come near as they’d be overpowered by the life force flowing out of your exposed forehead. Covering it with a stylo set of bangs might leave you vulnerable, allowing ghosts to have an easier time haunting you.

8. Do not go on hikes or camping trips According to the practice of Feng Shui, certain plants like trees pull in yin energy. Yin energy is what makes someone feel “chilly” or “cold”, making one more relaxed and receptive.

If you go hiking or camping in a forested area regardless of the time of day, the shaded areas under trees will have a high concentration of yin energy. This will cause you to unintentionally drop your guard, making you more susceptible to injuries or possessions by hungry ghosts.

9. Take down any wind chimes you have at your door You can now add wind chimes to the list of things hungry spirits are attracted to. Apparently, the sound of chimes is similar to the “ringing of the soul”. When ghosts hear this, they might see it as a signal to enter your home.

So take down any chimes you have hanging by your door during the seventh month if you don’t want to have any good brothers knocking on your door.

The supernatural can be a touchy subject, and while I personally don’t believe in ghosts, it’s still best to be discrete and follow these tips during the Hungry Ghost Festival.

There’s just way too many horror movies where the sceptics are always the first to die, and I would rather shave my head bald than get dragged into the underworld just because my fringe is too long.

For more spooky stories, check out: 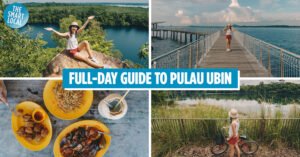 Pulau Ubin Guide – 10 Things To Do Like Hiking Trails, Mangrove Kayaking & Zi Char By The Sea
9 Best Baby Sleep Consultants In Singapore For Exhausted Parents To Finally Get Some Rest