The Everland and K-Pop Guide to Korea

While we were in Korea we did a few special activities with the help of the Korean Tourism board and our travel guide. I feel K-Pop lovers in particular will enjoy this itinerary. And everyone will enjoy Everland theme park. 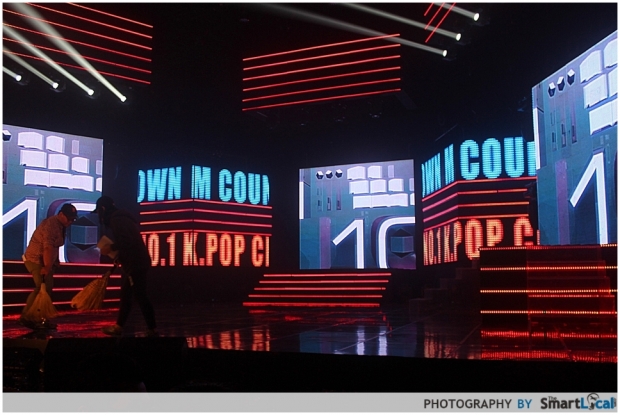 This is the number 1 K-Pop countdown show. The amazing thing about it? It’s filmed LIVE! So you get to see the biggest Korean stars performing on stage just a few feet away from you. It’s like a more intimate Korean concert that costs nothing to attend. Just beware of the aggressive fan girls.

In the week while we were here, IU topped the charts with her number one hit “Red Shoes” and she performed live right infront of us.

Here is where you will gain newfound respect for these Korean stars. Because you realise the moves you see in the MTVs aren’t just cuts and edits. They are part of complicated dance routines and each and everyone of them has worked their butts off to perform them to perfection for your viewing pleasure, live.

It’s an eye opening experience to take in K-Pop Culture first hand, with screaming fans who will shoot you death stares if you try to do something like use your handphone and take a picture. Opps. Yea no photography is allowed during the filming of the show. I guess in case they mess up they don’t want it on youtube.

Approach the counter and ask for tickets. They will give you a wrist band and from there you can start queuing up waiting for the show to start. We only waited 1 hour, which is really nothing compared to Singapore hello kitty standards. 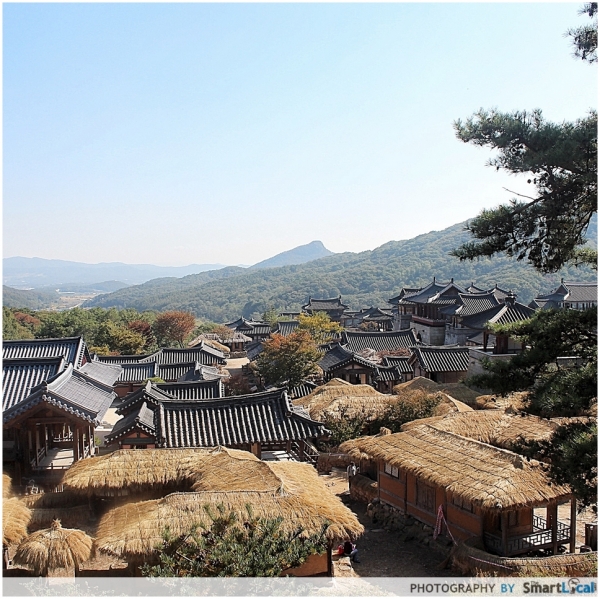 MBC Dramia is more than an hour away from Seoul, located at Yongin-si. The good thing about that is that means its located near Everland Theme Park which is also in Yongin-si. The entire set is enormous and its an artificial creation of MBC accurately recreated based on historical records.

I imagine a lot of Korean drama fanatics will love visiting it just to go through all the different scenes that were used in their favourite dramas. Its pretty but its not somewhere I will go all the way too as I’d rather spend the whole day at Everland rather than half a day at each. To me it lacks historical importance and I would just be happy looking at the pictures. And here are some! 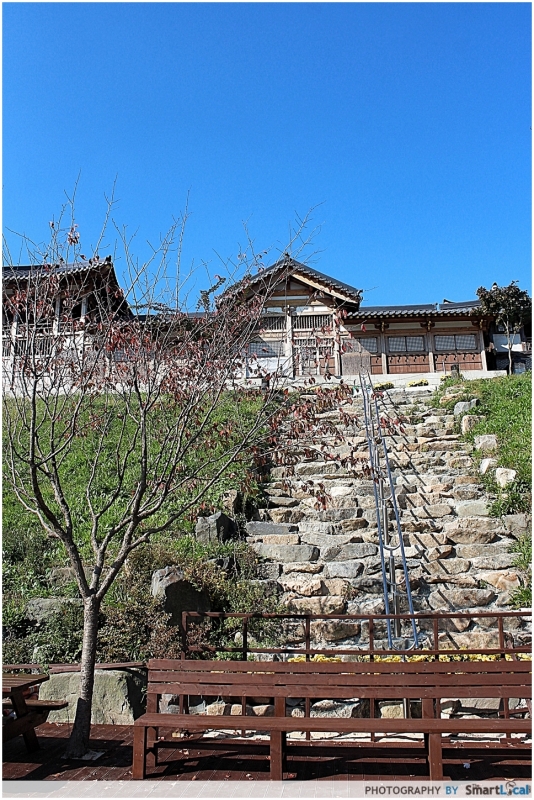 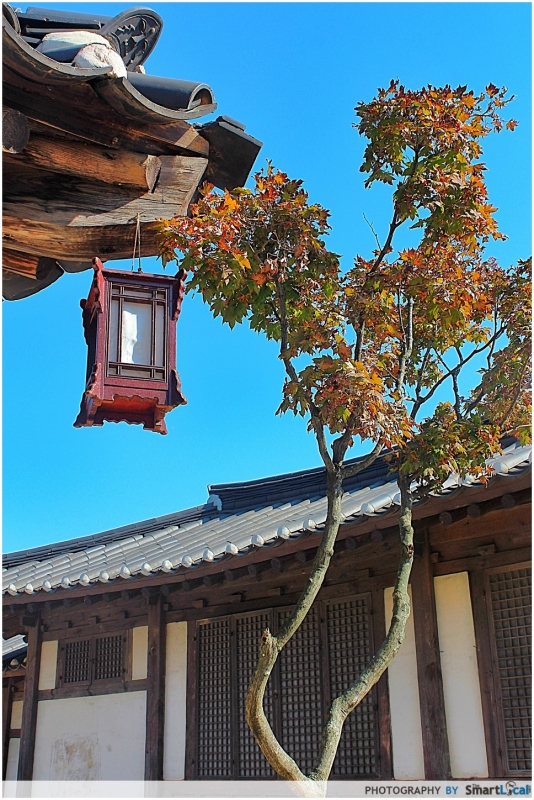 2) OR From Seoul Nambu Bus Terminal, take an intercity bus to Baekam Terminal. Take bus 35-1 or a taxi to MBC Dramia. 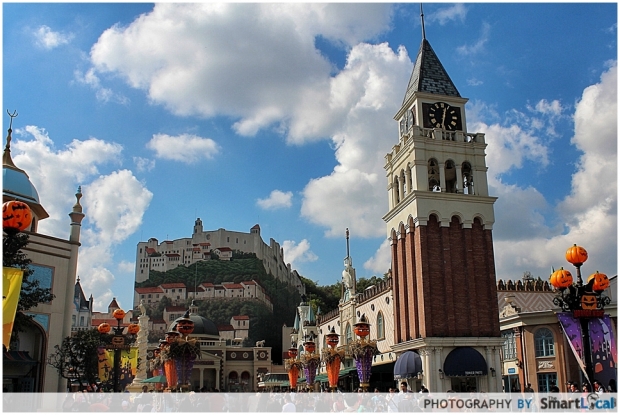 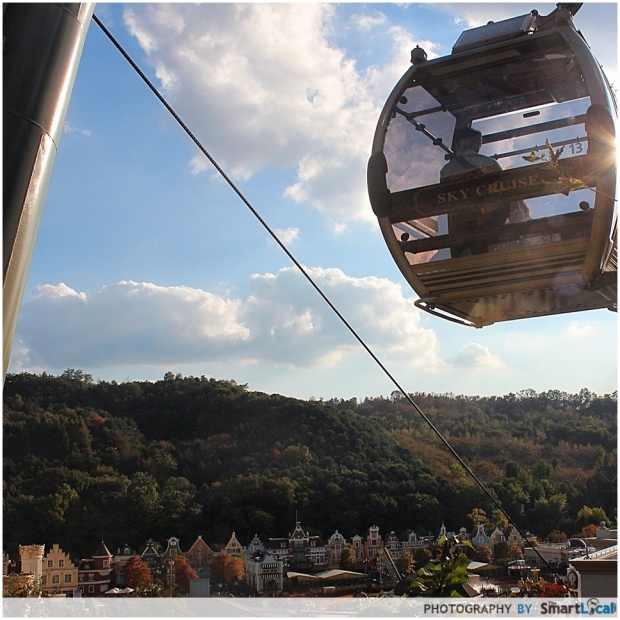 Everland is always the highlight of my Korean trips. It’s only 1 hour away from Seoul and its the best theme park I’ve been to. It is the 4th biggest park in the whole of Asia with get this – A Zoo, A waterpark, racing track and Theme Park all rolled into one. The whole park is beautifully landscaped and hugely popular with Koreans. There are over 40 different rides and attractions ranging from the extreme to the kid friendly.

I would say its more catered to kids and families though. In the low season, tickets are only 35,000 won or $45 bucks. Take that USS. 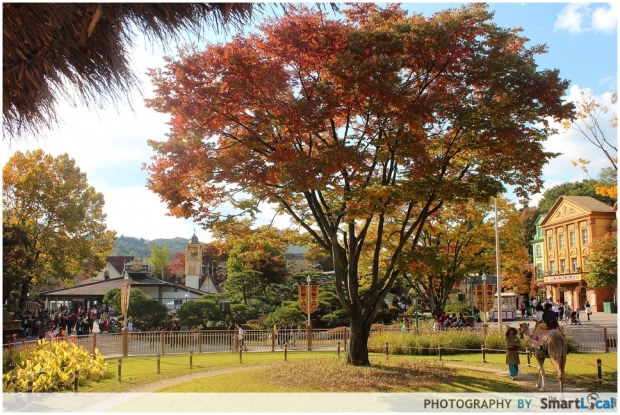 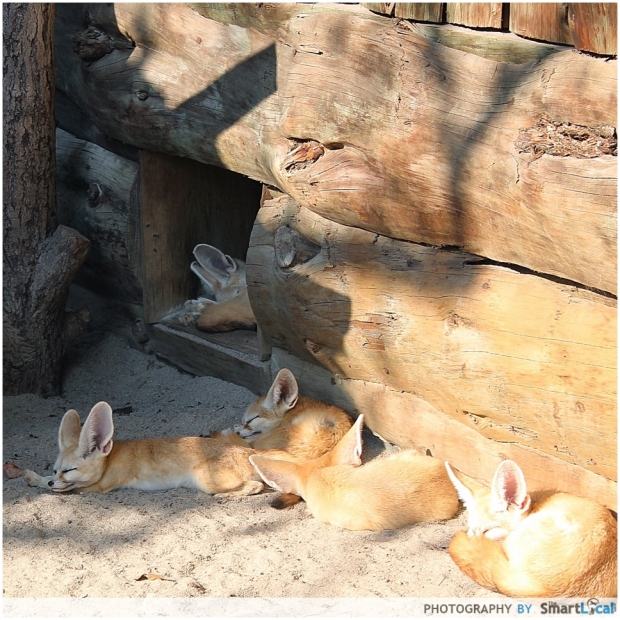 Here’s the fennec foxes and camel riding. There are also polar bears, elephants, sea lions, tigers and a safari bus ride. It’s not super big but its still a decent size. 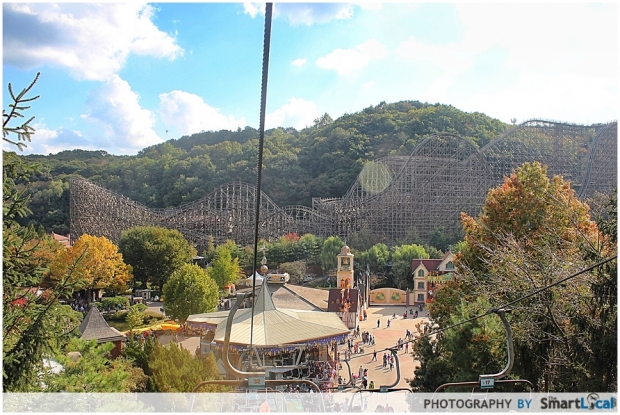 The insane T-Express. Yes, it is THAT big and its the fastest in Asia! It is located in the Horror Village zone and it’s the wooden roller coaster with the steepest drop (77 degrees) in the world. 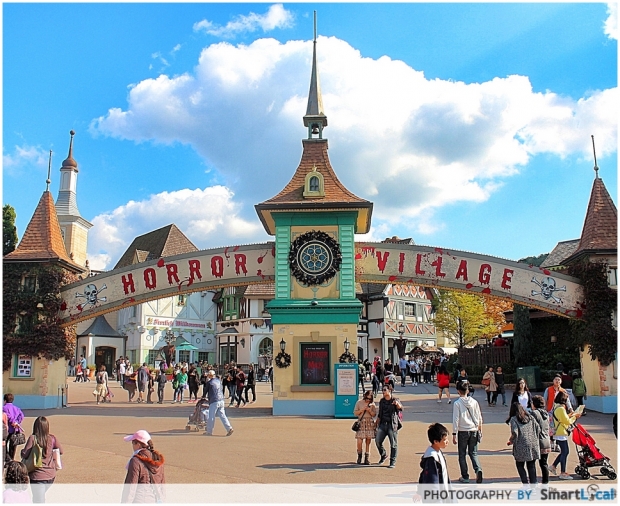 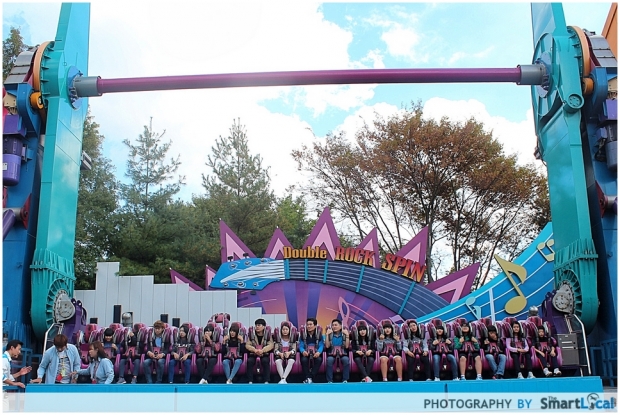 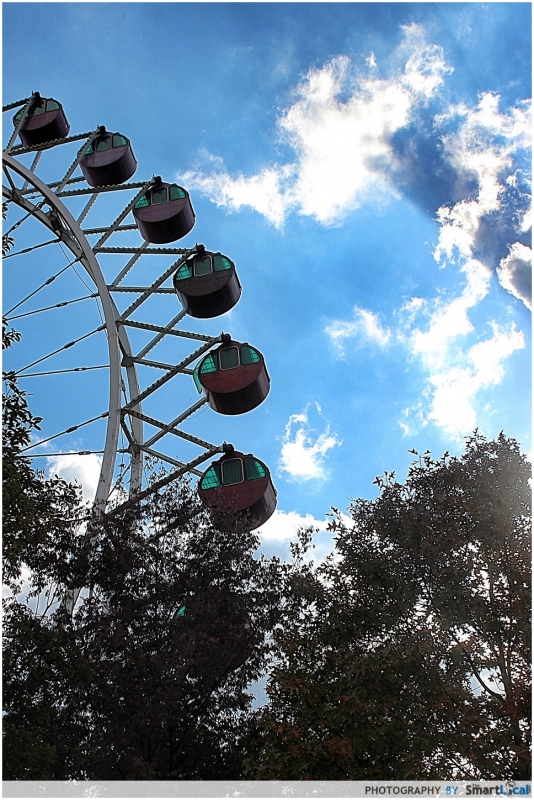 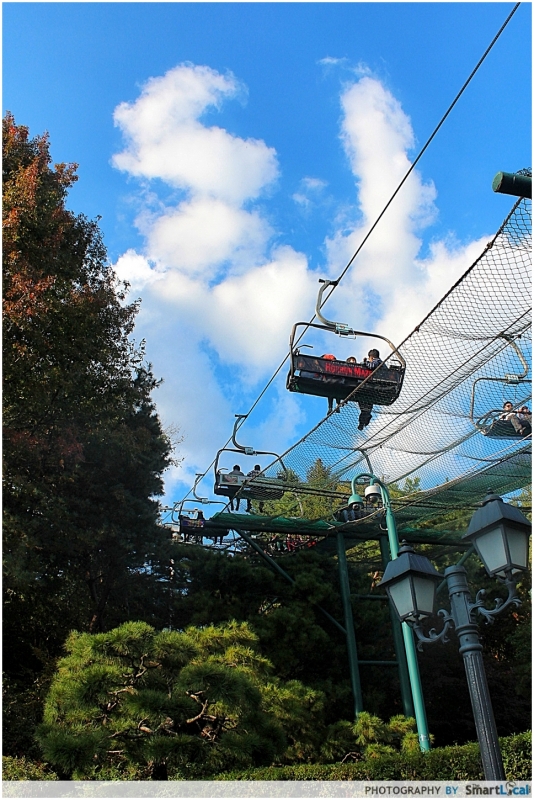 I wish we had more time here! We only had 4 hours which was just enough to go on about 3 rides since the T-Express queue was crazy long and getting there took some time. Rebecca and myself were the only ones in the group that went on the rollar coaster and we were thinking we were heroes till we saw like 12 year old kids lining up like it was no big deal.

You can also see us on the rollar coaster in this video I filmed below.

And that wraps up our Korea trip! Hope you enjoyed reading this 4 part guide that I’ve put together. What were some of your best experiences in Korea? What do you look forward to most when you visit? Let us know in the comments!

Disclaimer: Media Invitation. Korean familiarization tour with Korean Air & Korean Tourism Organization. Would you like to be featured on TheSmartLocal? Contact Us!

#everland #korea #korea itinerary #kpop #things to do in korea