Whether you’re a seasoned KTV goer who’s always ready to jam or the shy one who only sings when everyone’s arrowing you, it’s handy to have some iconic tunes mastered for when it’s time to take the stage. Get started on perfecting these 21 high-level Chinese karaoke songs so you’ll be sure to awe your friends and fam this CNY. 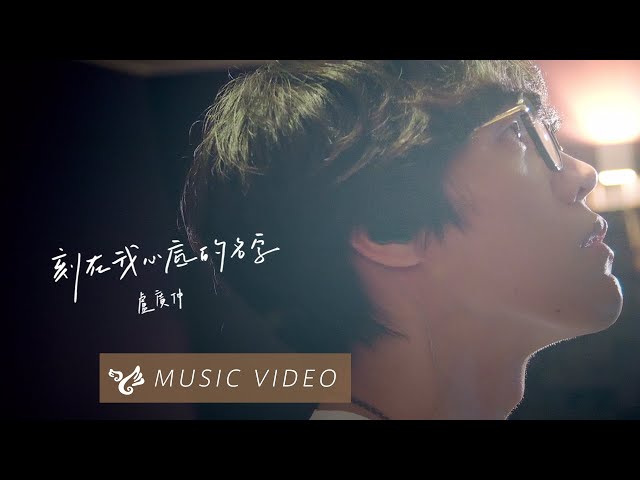 From Eric Chou, Jolin Tsai, Hebe Tien to Mayday – almost everyone’s covered the latest Mandopop hit,
“Your Name Engraved Herein” (刻在你心底的名字). Amassing over 25 million views on YouTube, this emotional hit about heartbreak is also the theme song of the Netflix movie of the same name that is equally as heart wrenching.

Now’s your turn to cue all the feels of this beautifully written song that will grip your heart from beginning till the end. No crazy high notes involved, but it’ll require every ounce of emotion in you. 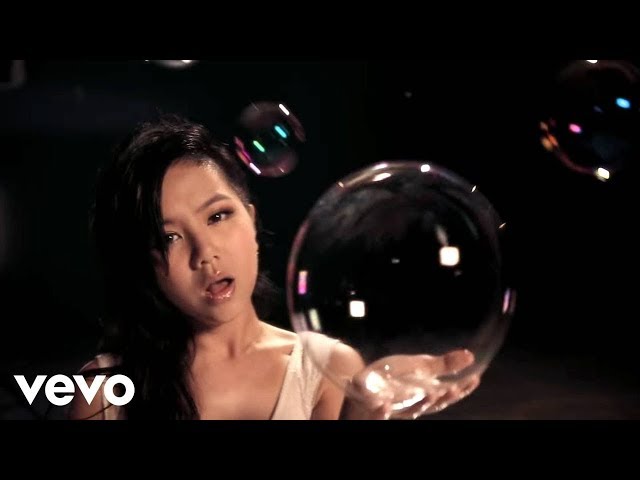 Hitting high notes is one thing, but if you can also reach low notes without your voice becoming airy, hats off – you’re on another level.

To show off your vocal range, go for G.E.M’s “Bubble” (泡沫) that’ll challenge you with a bassy verse and soprano-level chorus that’ll leave everyone clapping in awe when you hit that high note. But really, any of her other songs and renditions would do the trick. 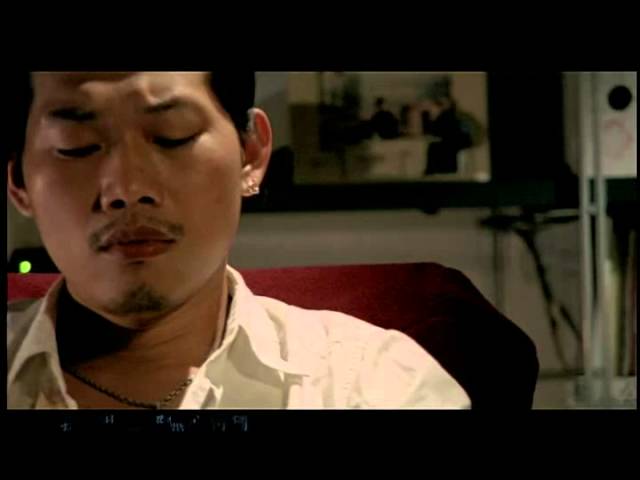 For 90s kids, a KTV sesh isn’t complete if there’s no Jay Chou song marathon. While “An Jing” and “Qing Tian” are definite must-sings, enter “Coral Sea” (珊瑚海) for a fun duet by the King of Mandopop to belt with your SO and impress your family.

Die hard fans will not only remember the lyrics of this 2005 classic by heart, but are able to nail the high-level harmonies by Jay and Lara, too.

4. JJ Lin – What Is The Point of Winning The World If I Lose You (输了你赢了世界又如何） 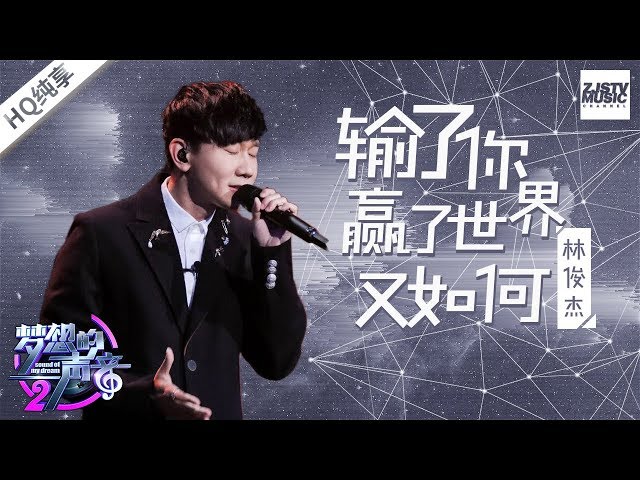 There’s hardly any doubt that JJ Lin lives up to his unofficial nickname of “Walking CD”, but his performances on the Chinese singing variety show “Sound Of My Dreams” have cemented this reputation.

One particular standout was his flawless rendition of “What Is The Point Of Winning The World If I Lose You” (输了你赢了世界又如何). When the beat drops for the chorus, get ready to put your lung power to the test. 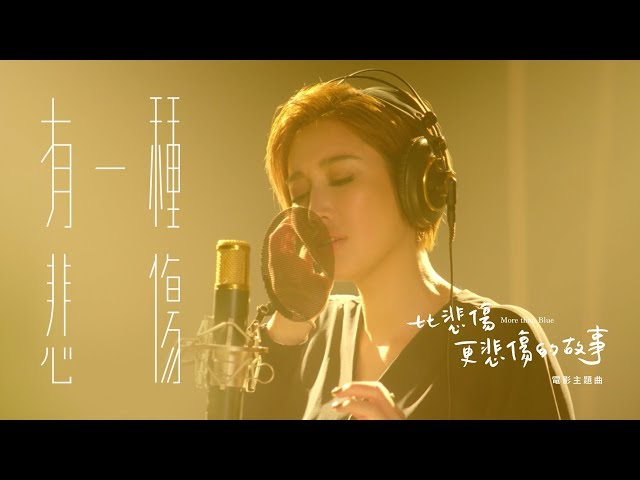 Melancholic, deep and powerful – if your voice is like that, show it off with A-lin’s “A Kind of Sorrow” (有一种悲伤) – a bawl-worthy OST of the movie “More Than Blue” that’ve made many leave the cinema with swollen eyes. 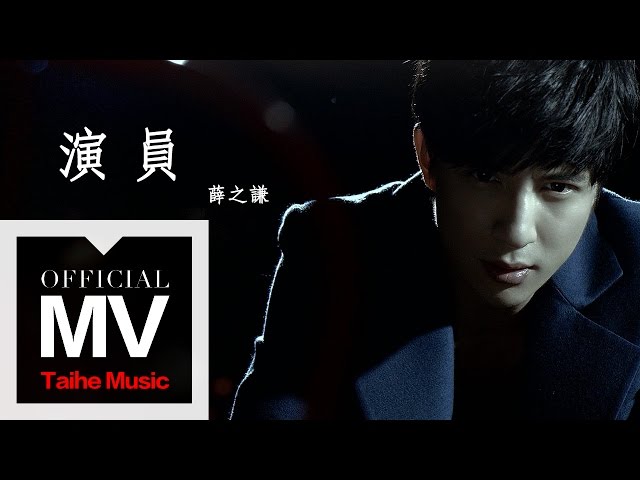 This one’s for the lads in the room who can rock some charismatic bassy vocals. The beats and melody are so addictive it will be an earworm in your head hours after a KTV sesh. The undulating notes in the chorus might require some vocal gymnastics, but a little bit of practice will make it work. 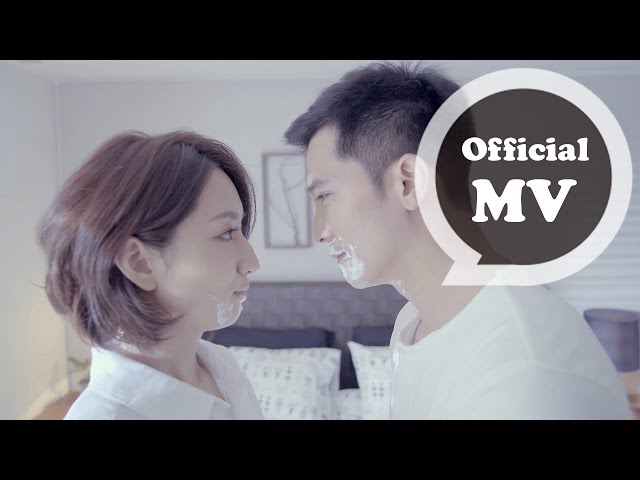 Yoga Lin may be known for his hits like “Fairy Tale” (说谎) and “Unrequited” (浪费), but a relatively under-the-radar title, “Detour” (兜圈) started trending after a Sing! China contestant started a viral social media challenge. Its hashtag on Douyin, the Chinese version of TikTok, literally translates to: “Is detour really that hard to sing?”

To answer that, try it and you’d be amazed by how the original singer pulled it off breezily. If you find it easy, maybe you’ll be a runner-up in the next Voice of China. 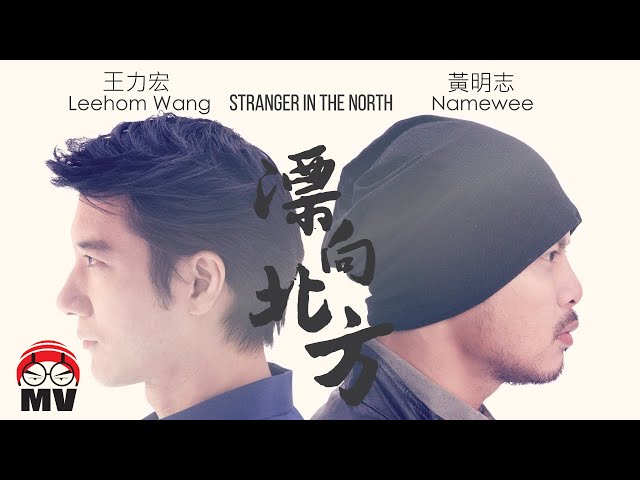 If you’ve got enough seh in you to pull off a rap, go all out with “Stranger in the North” (飘向北方). Go ahead and shoot your mouth off in rhythmic, rapid-fire verses – the chorus is practically an anthem, so you can catch your breath while everyone sings that part for you. 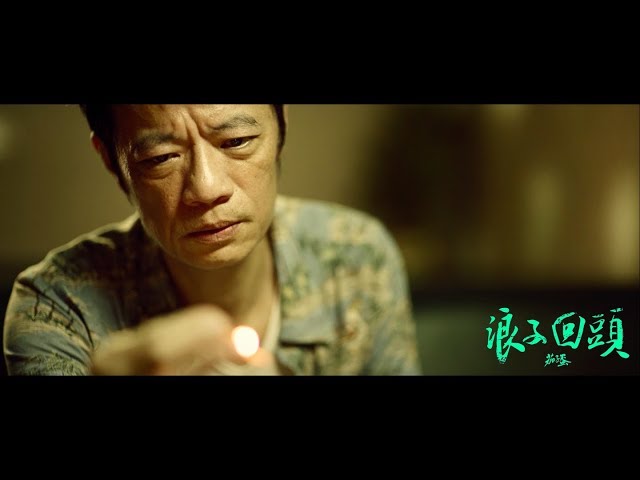 If your karaoke session involves older dialect-speaking relatives and family, you might want to impress with some old-school tunes. And no, you don’t have to always go for wa meng ti. This recent hit, “Back Here Again” (浪子回头) by EggPlantEgg is wholesome, catchy, and easy to master, even if your command of Hokkien is CMI. 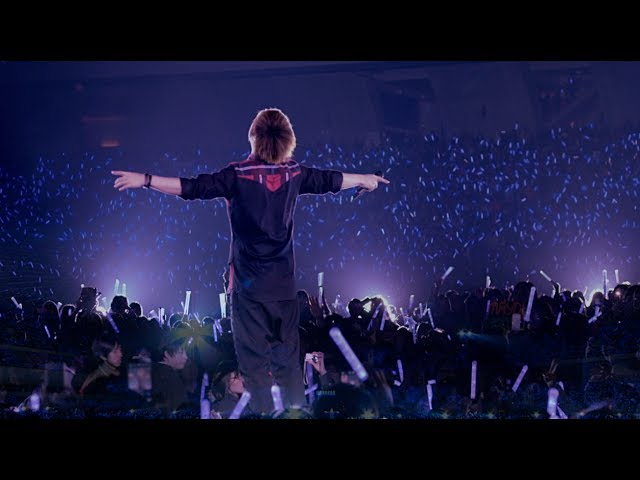 The chorus may often be the toughest part of a song, but verses can be killer, too. That’s exactly the case for “Onion” (洋葱), written by Mayday’s Ah Xin for Yang Zong Wei, the winner of Taiwan’s variety singing competition, “One Million Star”.

Even if you’re comfortable with your lower register, the verse jumps around from low to high notes, making the tune hard to grasp. But hang in there for the chorus – it’s epic when everyone croons together like emotionally wounded lovers. 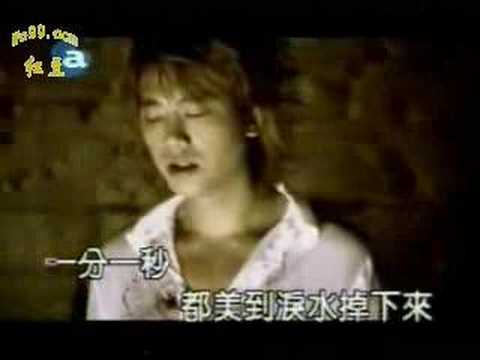 None of us ordinary folk may be able to channel edgy vibes like the lead singer of the rock band Shin, but one can always try. With “Si Le Dou Yao Ai” (死了都要爱), just be careful you don’t get a sore throat the next day while trying to imitate the signature raspy voice and screaming your lungs out during the chorus. 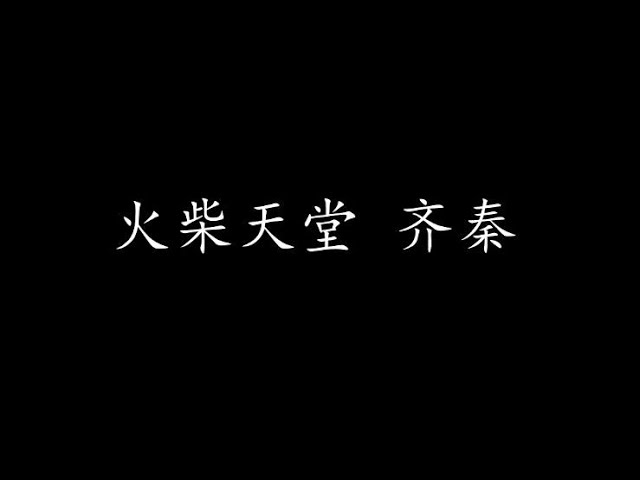 Chyi Chin’s “Huo Chai Tian Tang” (火柴天堂) deserves a spot on this list as its chorus makes most people feel like a fish out of water – breathless. To test your lung capacity, this is the ultimate challenge. 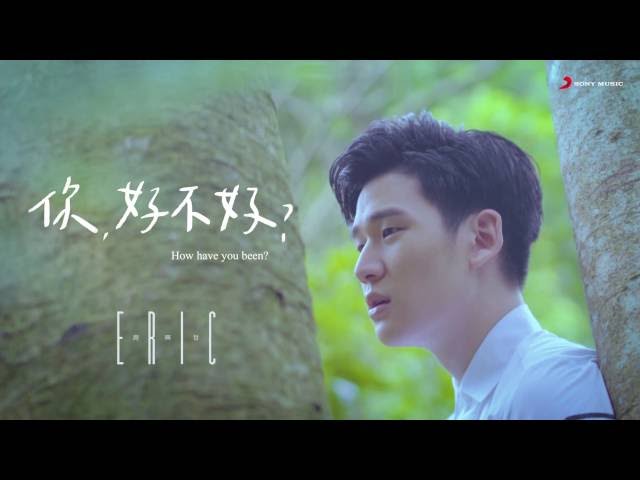 Dubbed the “king of the lovelorn people”, Eric Chou and his love ballads are always so tear-jerking that it makes us wonder just what exactly has he been through.

One of his biggest hits, “How Have You Been” (你，好不好) is particularly challenging as it’s filled with falsettos and requires quite a large vocal range. Plus, you’ve gotta fight back those tears while singing, especially if you’ve recently gone through heartbreak. 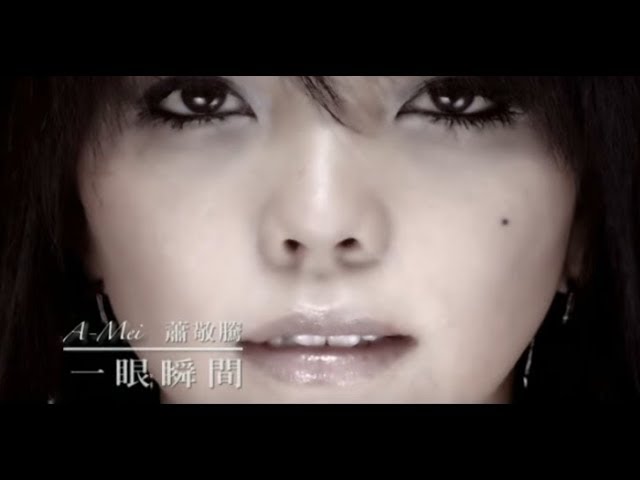 Think expert-level karaoke songs and A-mei would come to mind for the girls, and Jam Hsiao for the guys. Both of their vocals are considered S-tier in the Mandopop world, and for a song that joins forces between them, enter “A Moment” (一眼瞬间). This duet is a golden opportunity for you and bae to impress the crowd, so go ahead and master all the harmonies and high notes. 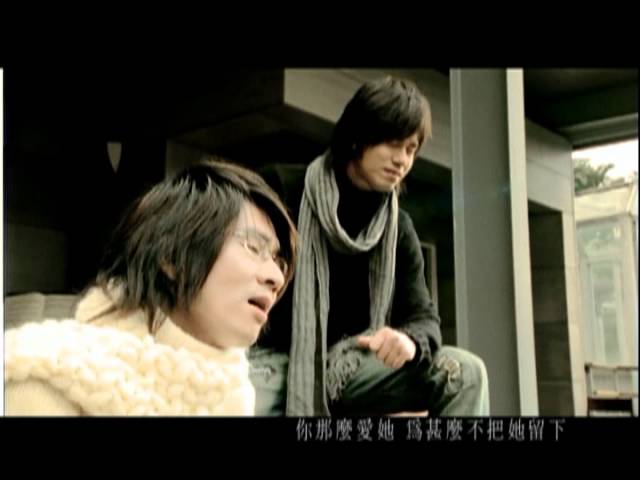 Sam Lee’s songs may not be on your Spotify playlist, but it’ll always be on our KTV must-sing list as they are tunes heavy on nostalgia. For a duet performance with your bro – real or sworn –  get ready your diaphragm for his all-time classic “Ni Na Me Ai Ta” (你那么爱他). 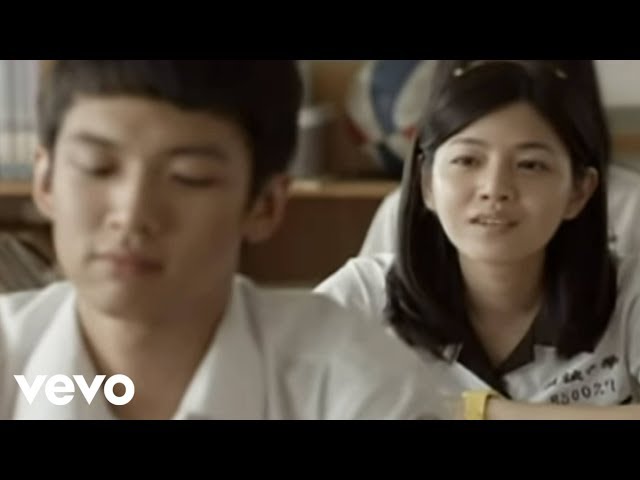 The OST of one of the most popular Taiwanese movies of the 2010s that we still remember till now, “Those Bygone Years” (那些年) is a song that brings back sweet high school memories.

While it appears to be an easy sing-along song for graduation, it’s actually harder than it sounds. With some minor keys here and there, it’s easy to go out of tune before the chorus.

17. Hebe Tien – You Better Not Think About Me (你就不要想起我) 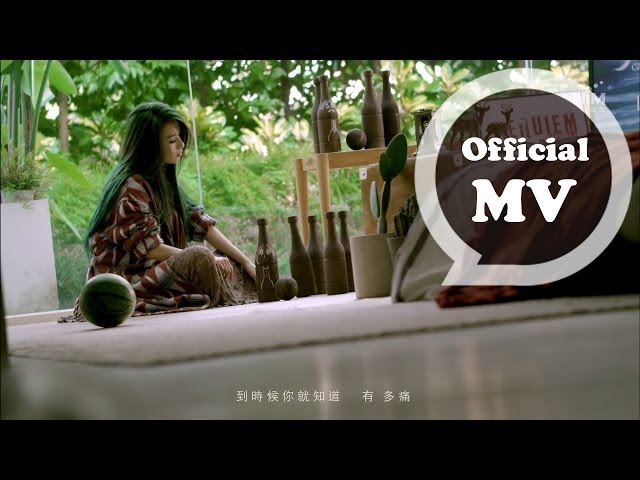 The H from S.H.E has proven herself to have exceptional vocals, and her recent singles have become top KTV picks for the divas amongst us. “You Better Not Think About Me” (你就不要想起我) is one of her songs with an already challenging chorus that gets harder as the song progresses. 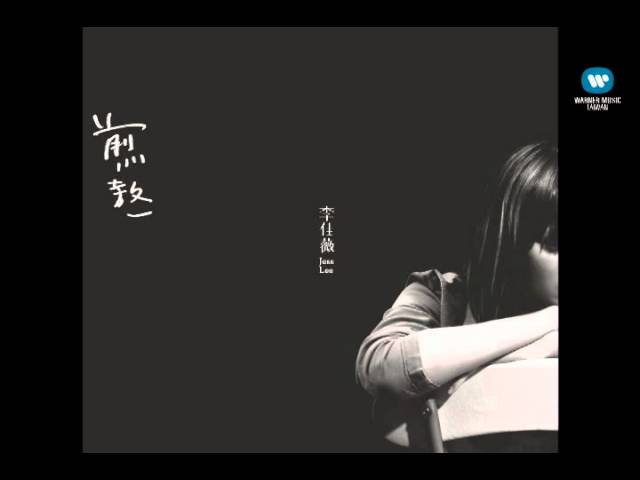 Every seasoned KTV goer would know the joy that the song “Suffering” (煎熬) brings when we hear our friends zao sia while trying to hit the inhumane notes of the chorus. It’s known to be impossible, so it’s okay if you fail. But if your voice doesn’t crack and you sing it flawlessly, you deserve a standing ovation. 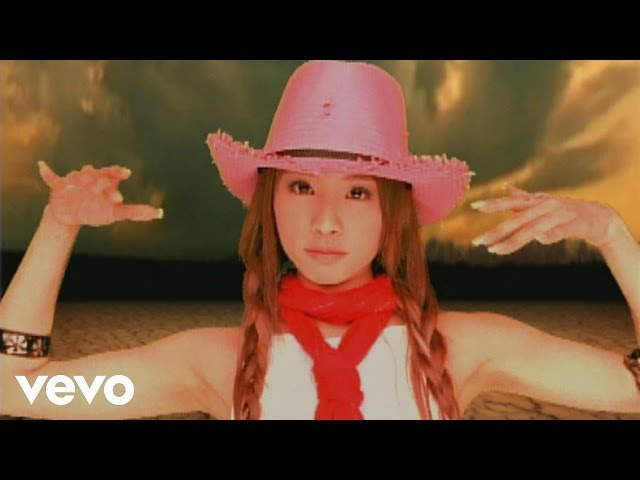 If singing isn’t your forte, wow your audience with some killer dance moves – it always works. A song by 90’s kids’ favourite dancing diva Jolin Tsai, the iconic “Magic” (看我七十二变) lets you do just that. Better yet if you can sing and dance at the same time to prove your exceptional stamina. 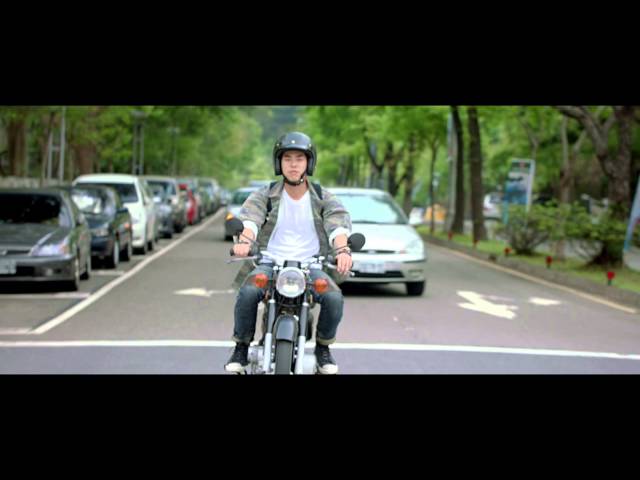 Having a strong, big voice is no doubt impressive, but to give everyone’s ears a rest at half time, serenade the crowd with Queen Wei’s “Rhythm Of The Rain” (听见下雨的声音). To perfect this song, you gotta sing it gently with control – which is arguably harder than singing your lungs out. 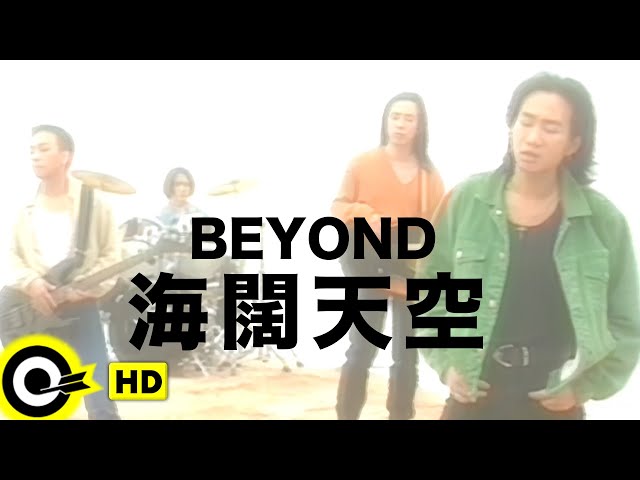 For a song that your ah ma, auntie and cousins will all know, Beyond’s “Hai Kuo Tian Kong” (海阔天空) is a legendary song that never dies. Almost three decades on, this song is still highly requested at live bars, and it’s a classic Cantonese song to challenge during KTV sessions. 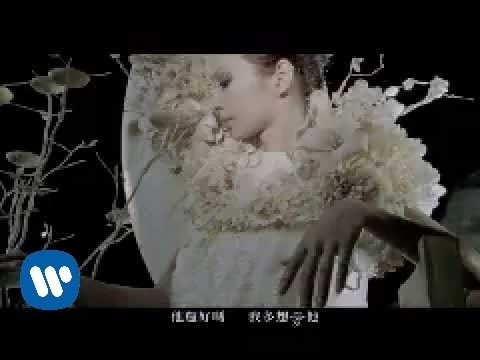 The tunes of F.I.R have become classics from the 2000s. Out of their most iconic songs like “Lydia” and “Our Love” (我们的爱), “Crescent Bay” (月牙湾) is probably the hardest to pull off – not short of multiple vocal runs and Chinese-style melodies throughout.

We certainly miss our Teo Heng sessions very dearly. While KTVs are still closed, we can still have our very own karaoke sessions at home with home KTV kits and KTV systems installed. Apart from belting the classics, sweep the crowd away by going all out with these high-level Chinese songs that’s sure to score you four chair turns.

For more KTV-related articles, check out: