Guide to enlisting in the SAF for girls

When we talk about unconventional career paths in Singapore, your mind might jump to being a Twitch streamer or even an OnlyFans creator. However, there’s one career that’s been gaining traction in recent years, especially among the female population: joining the Singapore Armed Forces (SAF).

Perhaps it’s the inspiring trilogy of Ah Boys To Men by esteemed director Jack Neo that’s motivated our girls to pick up a rifle. Whatever it is, if you’re a lady who’s inspired to defend our shores, here are seven misconceptions about joining the army that you may want to clear up before enlisting:

1. Do girls go through different physical training than guys? 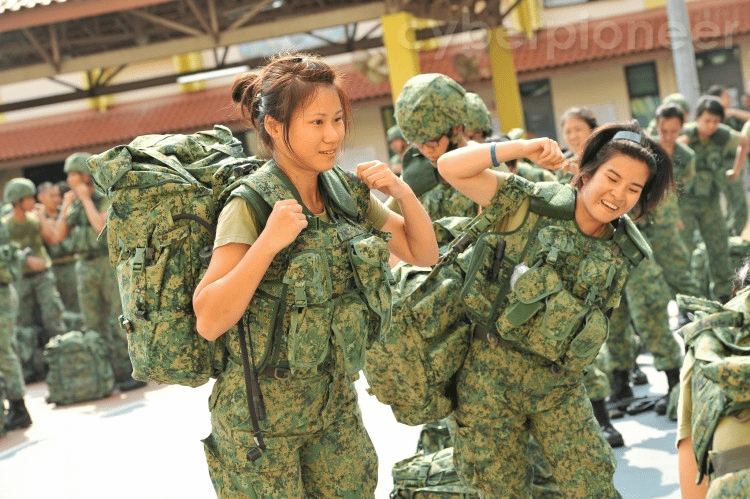 Unless you work in a fitness centre, no other job is as serious about fitness as the SAF. After all, you can’t fight a war if you can’t climb a flight of stairs without having a mini-meltdown. You can definitely expect the physical training regiment in the army to be pretty intense, and this is coming from the perspective of a guy who has an excellent fitness routine.

But what can you expect as a woman? Simply put, the exact same training as the guys. You’ll run the same mileage, do the same number of push-ups and carry the same heavy fieldpacks. Of course there will be progressive training to ease you in, but it ain’t gonna be easy.

What does differ, however, is IPPT. The scoring system is adjusted to better suit the physical capabilities of females. But this doesn’t mean it’s easier to get gold. Ladies will still need to clock in around 40 repetitions of push ups and sit ups each along with a 12-minute run in order to achieve gold – something that even guys will struggle with.

2. Will ladies have to go botak? 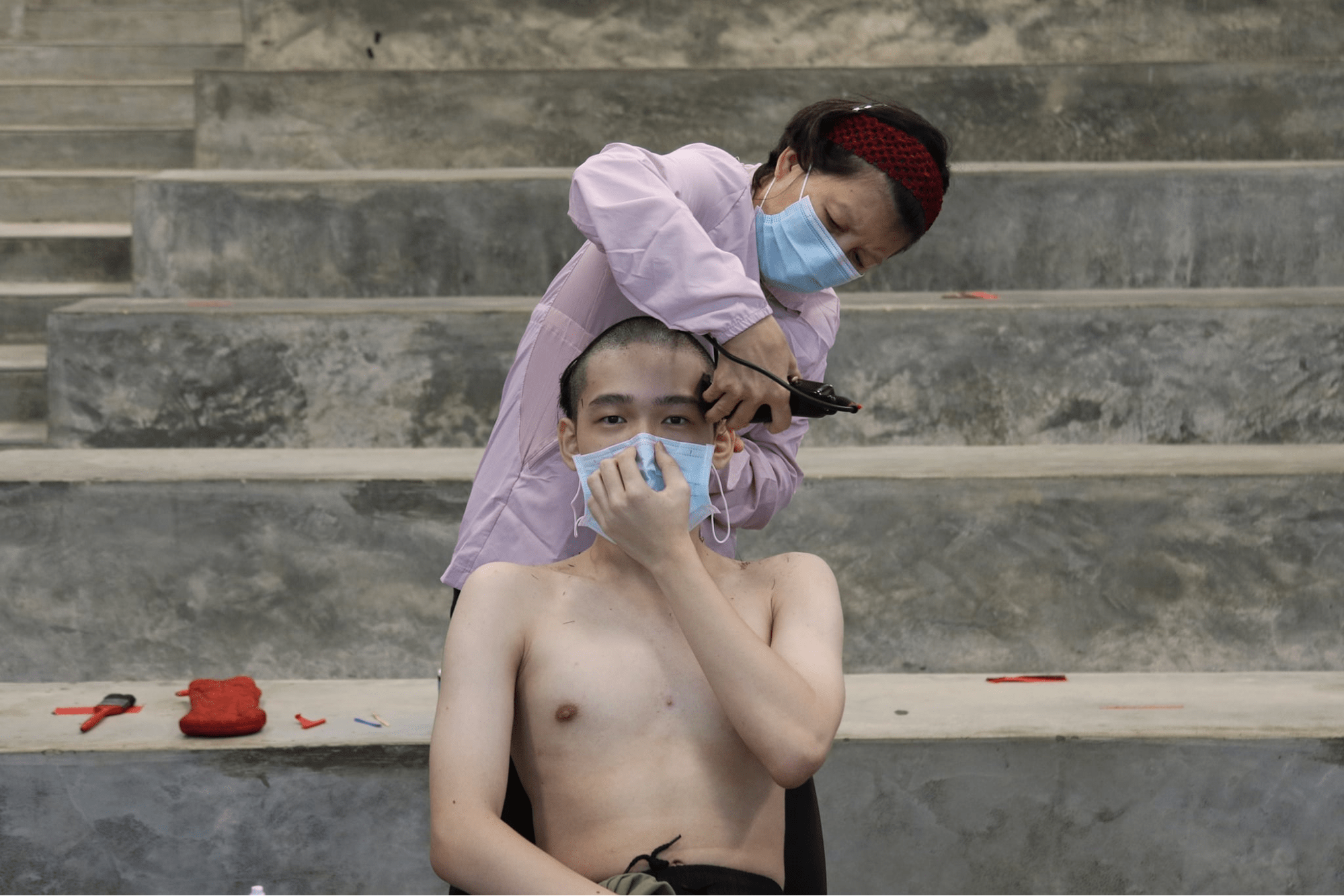 There are two places in this world where you’ll find grown men crying: the screening of Pixar’s Up and Tekong’s dingy old training shed where the island’s famed barbers operate. Having your head shaved is a rite of passage for many guys entering NS, but thankfully, the same does not apply to the ladies.

Instead, they are required to style their hair neatly such that it does not interfere when wearing military headdresses like the beret or jockey cap. Length-wise, short hair should not exceed the uniform collar.

For those who prefer to keep their hair longer, you’ll need to tie it up in a braid, bun, or ponytail. And of course, only your natural hair colour is allowed, so sporting funky highlights is a definite no-no.

3. Is there a female-only company? 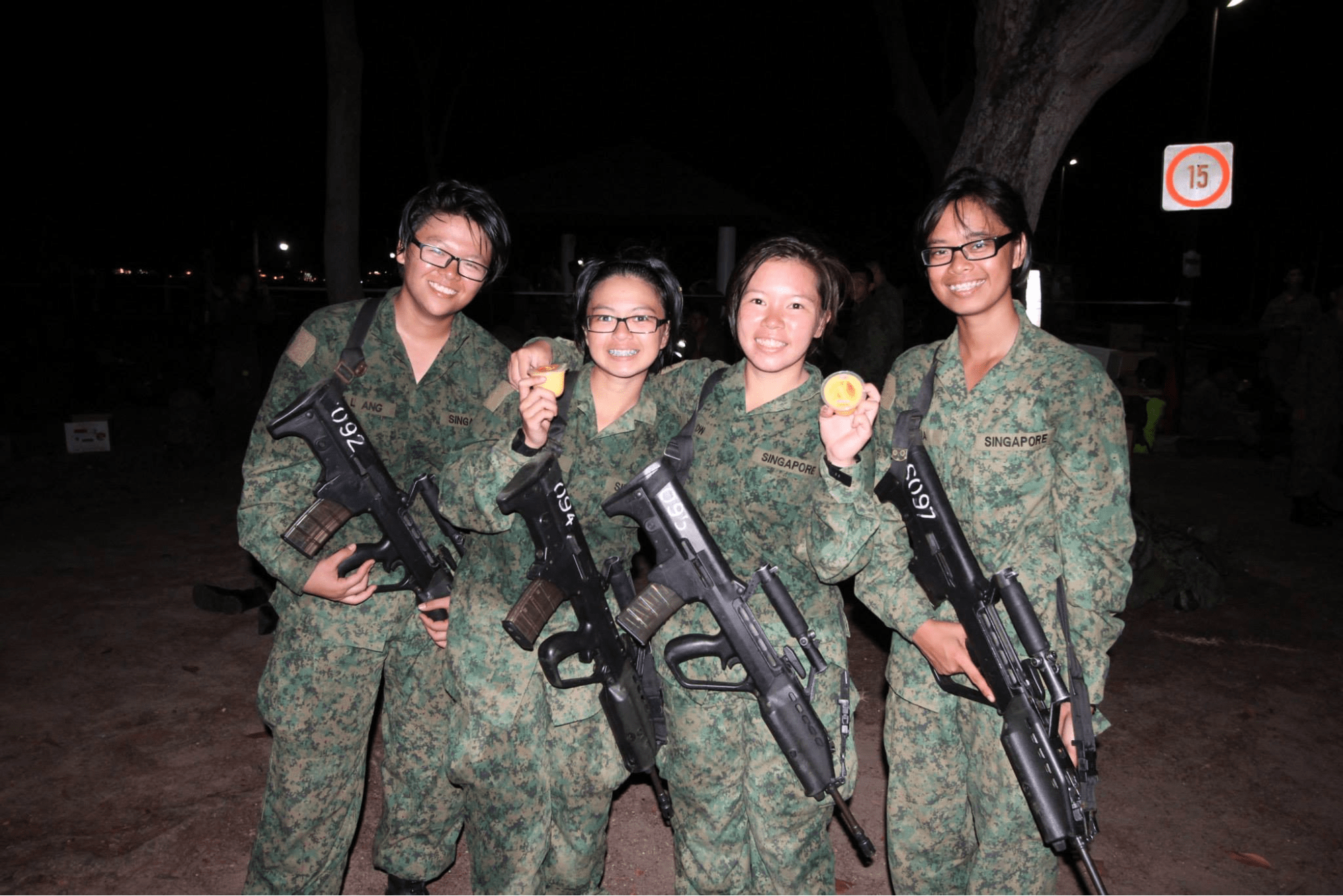 In military terms, a “company” refers to a unit that typically consists of around 200 people. When you first enlist, you’ll be sorted into a company where you’ll basically sleep, eat, and train together.

That being said, there’s no company that’s purely female, perhaps due to the fact that not as many women enlist in every batch. However, you will be placed in a section that is purely female.

“Sections” refer to a military unit that is much smaller, with around 10 soldiers. This also means that while you may sleep in the same building as other male recruits, your bunk will be boy-free. As for your instructors or sergeants, you can expect a mix of both male and female officers.

4. Are females exempted from training when on their period? 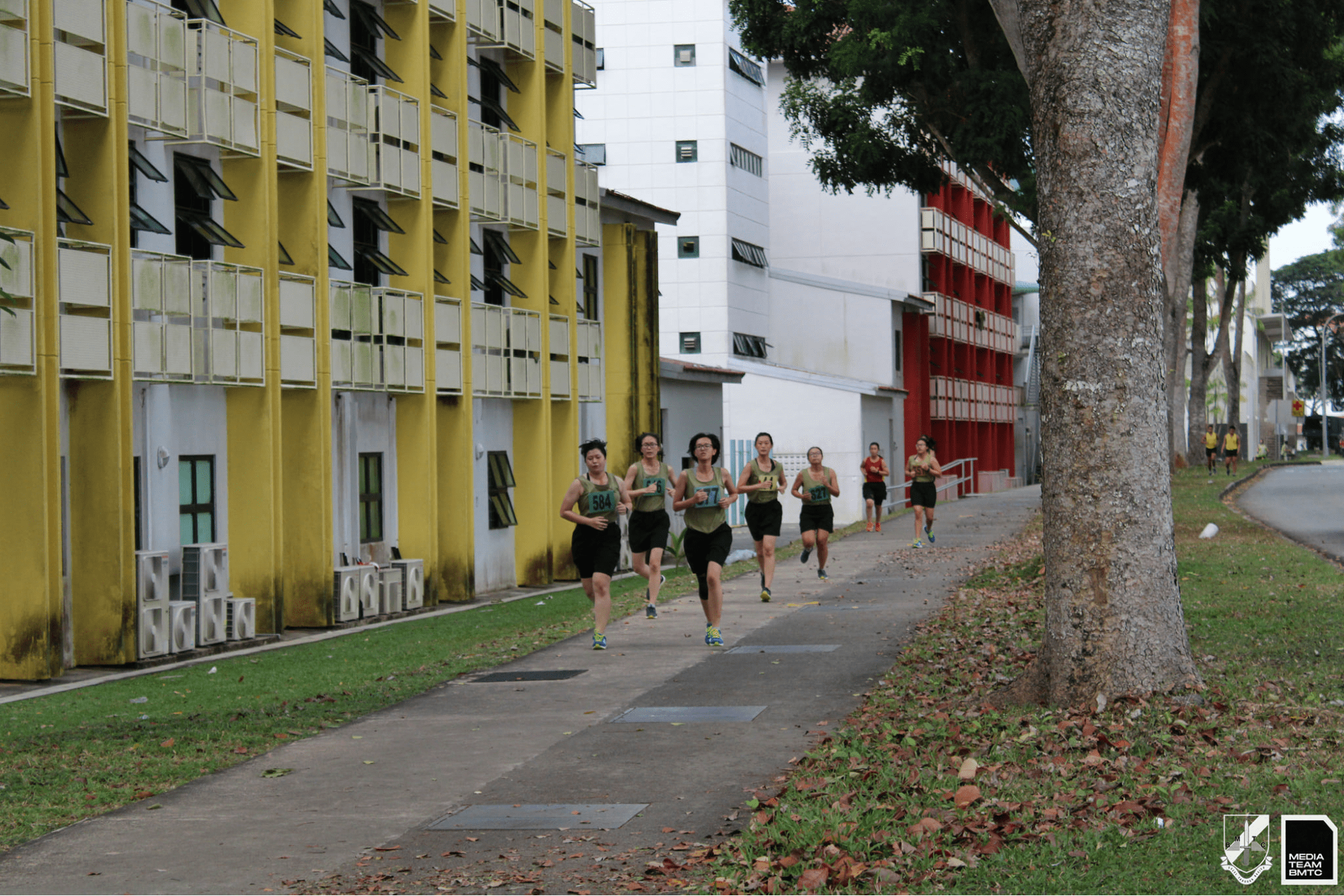 Dread it, hide from it, run from it – ladies will get their period during their days of service. And though I can’t relate to the pain as a guy, I’m sure it can’t be comfortable to do strenuous activities while experiencing period cramps.

Despite all that, you’ll not be exempted from training or be granted any off days during your period. However, if your cramps are really bad, don’t be afraid to sound out to your superiors and they will let you go seek the MO (Medical Officer) for treatment. You’ll then be issued proper rest according to the severity of your condition.

You’re also allowed to carry a tampon with you in case of “code red” emergencies in the middle of the day.

5. Do girls have limited vocational choices as compared to guys?

There are various vocations in the army, from medics to combat engineers and even the garang commandos. And if you think that some of these positions are only reserved for the boys – especially when it comes to special forces units – then you’re wrong.

All vocations within the SAF are open to everyone and aren’t restricted based on one’s physicality. We’ve even had a female diver from the Naval Diving Unit, Esther Tan, who was an avid triathlete with over 30 marathons, triathlons and ironman under her belt. 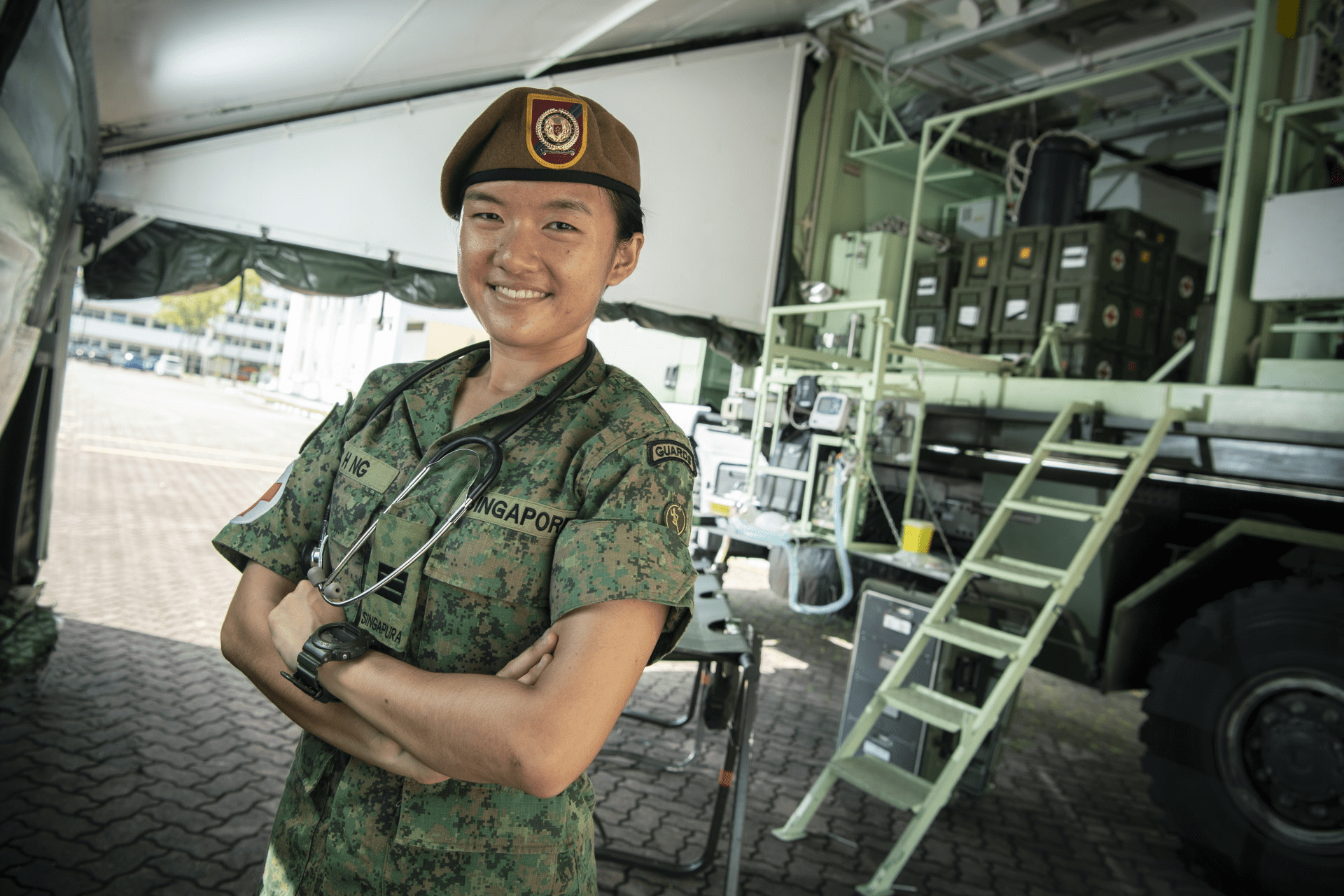 Guards is considered one of the most physically demanding vocations in the army
Image credit: MINDEF

The previous year also saw Ng Chen Hui, the first female medical officer to complete the Guards Conversion Course, touted as one of the most intensive courses in the army.

If you’re curious about other vocations, you can check out this handy guide from CMPB.

6. Is rank progression going to be difficult?

In terms of rank progression, girls are treated no differently than guys when they are being evaluated for their performance. However, since all girls who sign on are considered regulars, they will already have a predetermined rank path (officers or specialists) based on their contract. 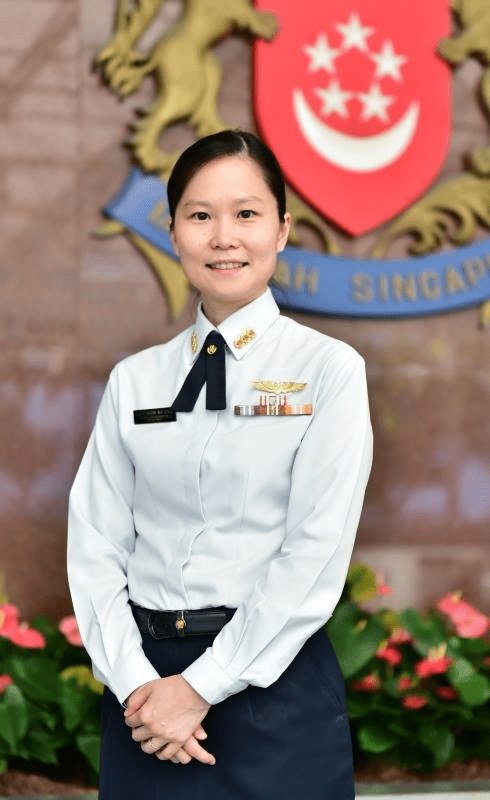 Of course, you’ll still have to perform well during BMT to be considered for leadership schools like the Officer Cadet School or Specialist Cadet School. Your maximum attainable rank, which is the highest rank you can achieve during your service, is based on your current estimated potential (CEP).

CEP is largely determined by a recruit’s education level and type of scholarship with MINDEF, alongside other security factors such as family background and history.

7. Will girls have to complete NS before going to uni? 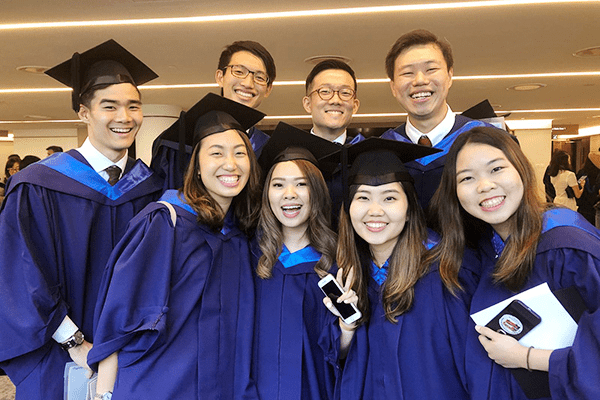 There are various schemes available to choose from when you first sign on, including those that only require post-secondary education. This means that you can effectively start your enlistment as soon as you’re 16 years old.

Even though you’ll go through the same basic training and vocational training as the NSFs when you join the army, you’re technically not serving NS as it’s a term referring to the compulsory enlistment of all Singaporean males.

However, you may want to consider signing on after you finish your diploma or degree, as the benefits and pay will be much higher. For example, a female officer cadet with a degree will hold a higher rank than those without, which will affect the pay you draw.

For those who are already certain about signing on after their secondary school studies, you can check out the various army scholarships available on MINDEF’s website, which helps to subsidise your tuition fees.

Girls going to NS in Singapore

Joining the army voluntarily is not an easy decision, especially with its tough physical requirements and strict regimentations. Therefore, it’s a highly respectable decision for anyone who decides to don the green uniform as their career.

Alternatively, a good way to experience military life without signing papers is to join the Singapore Armed Forces Volunteer Corps (SAFVC). They will give you a good gauge of army operations and help you decide whether this is a career suitable for you.

If you still intend on signing up, then we hope that this article manages to clear any misconceptions and questions you may have before taking your first step into Tekong.

For more insight into our Singapore Army, check out: 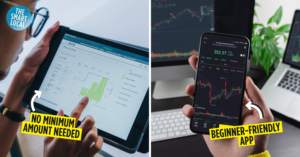 This App Lets You Trade & Invest With Zero Fees For Newbies To Start Small
8 Korean Islands Near Seoul For Day Trips From Just 1 Hour Away That Aren't... 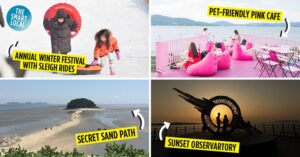