Now that Taiwan has relieved all of its travel restrictions, we’re more than ready to jet, set, and go to the land of bubble tea, stinky tofu, and oyster mee sua. And when you visit a city as pretty as Taipei, staying in a hotel that’s as aesthetically-pleasing is a must.

From palaces to private onsens, here are the chio-est hotels in Taipei under $90/night. 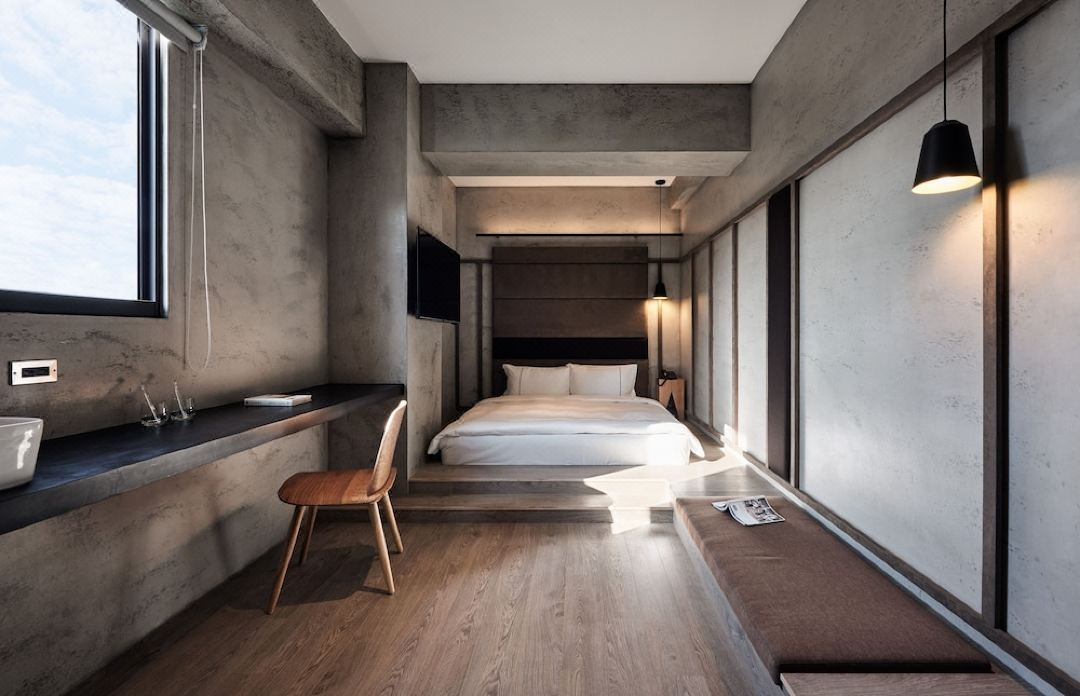 With sleek concrete walls, minimalistic decor, and a charming view of the Keelung River, the rooms at Waterfront Hotel Taipei are a vibe for those into Brutalism. Guests can also head downstairs to their atas-looking pantry and kitchen area for some free snacks and coffee. 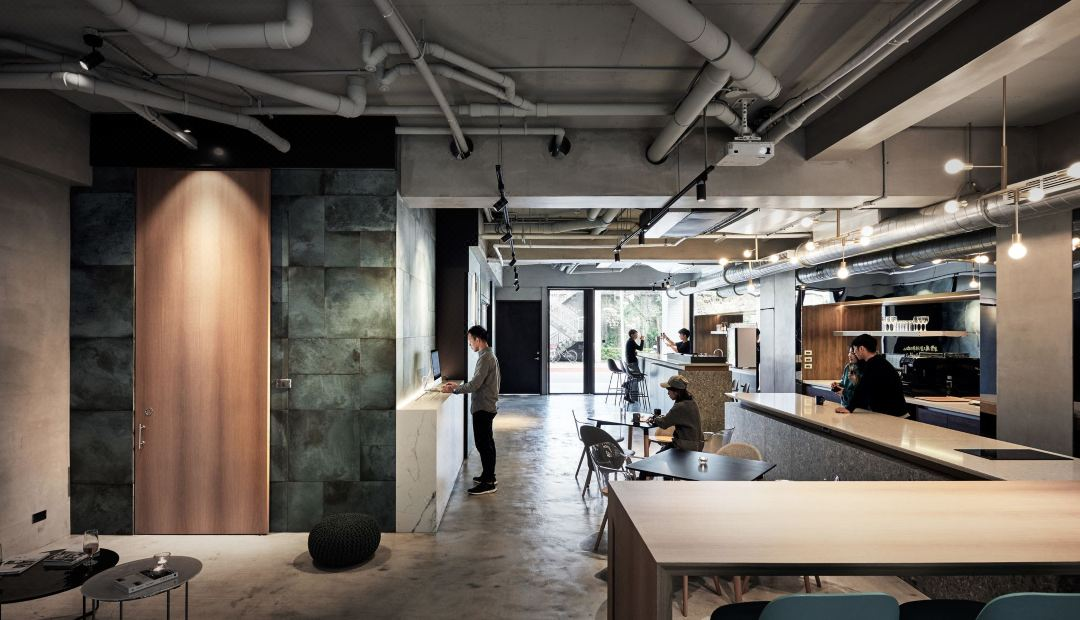 Rent a free bicycle from the hotel’s concierge and explore nearby attractions like the iconic Rainbow Bridge and Raohe Night Market. The Songshan Metro Station is also just a 6-minute walk away, where you can catch a 20-minute bus ride to the heart of Taipei. 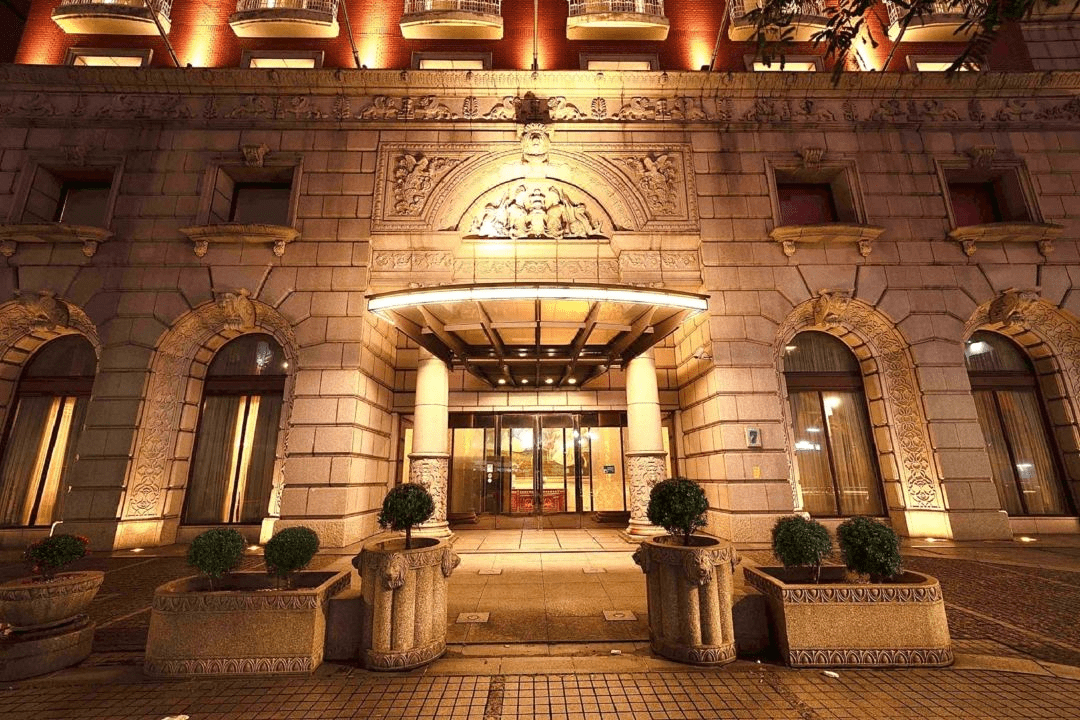 While Taipei Hamp Court Palace might look straight out of 1800s Victorian England, it was actually built in 2021. Like its name suggests, the hotel’s design and decor are heavily inspired by the Hampton Court Palace in London. 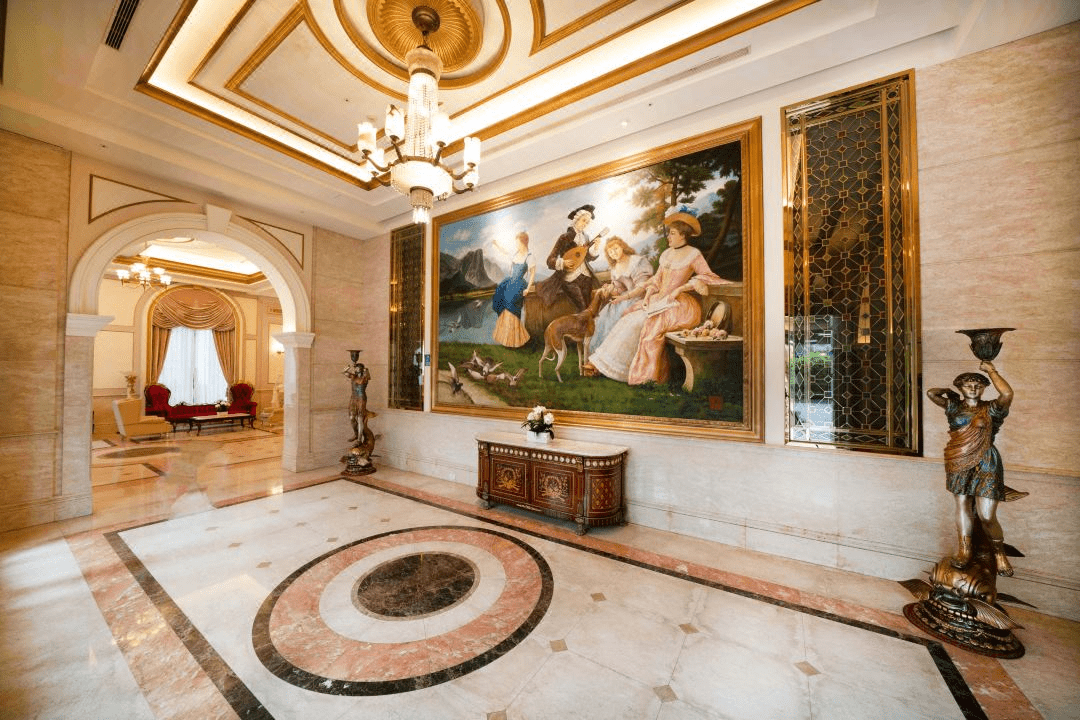 Inside, the rooms carry the same baroque theme, with elaborate balconies and floor-to-ceiling curtains. If you’ve ever wanted to feel like an old-money aristocrat, this would be it. 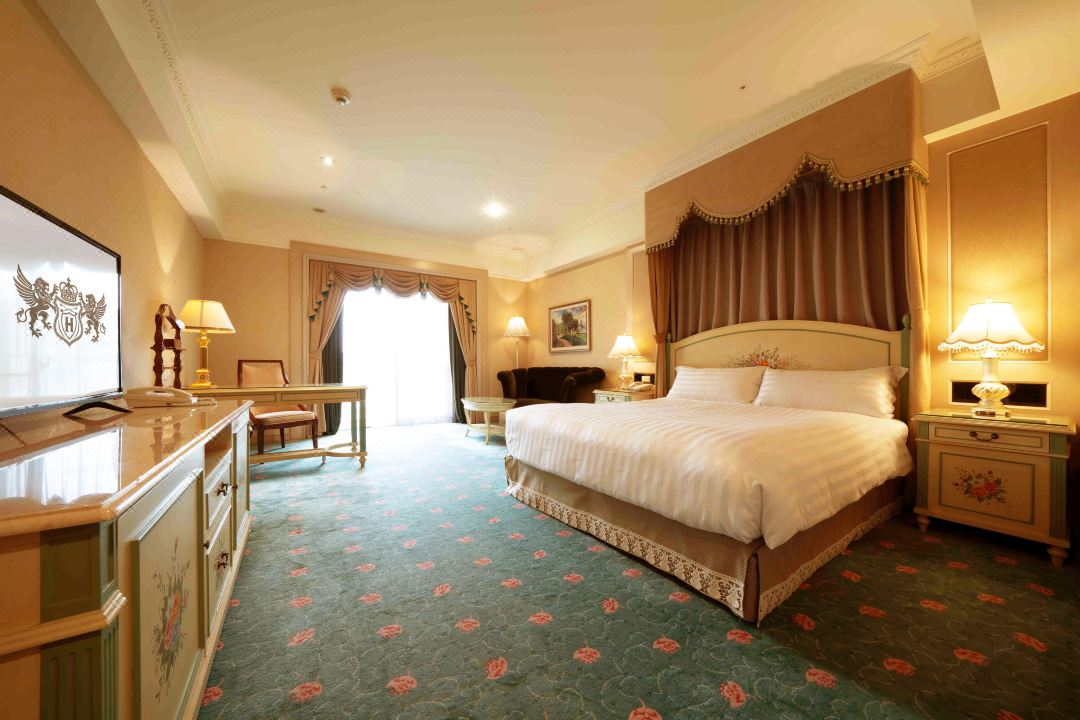 As expected of any great palace, they also feature a 24-hour front desk, gym, and free parking. If your majesties are feeling lazy, head over to their Lanting Court Chinese Restaurant on the second floor for some Cantonese cuisine. 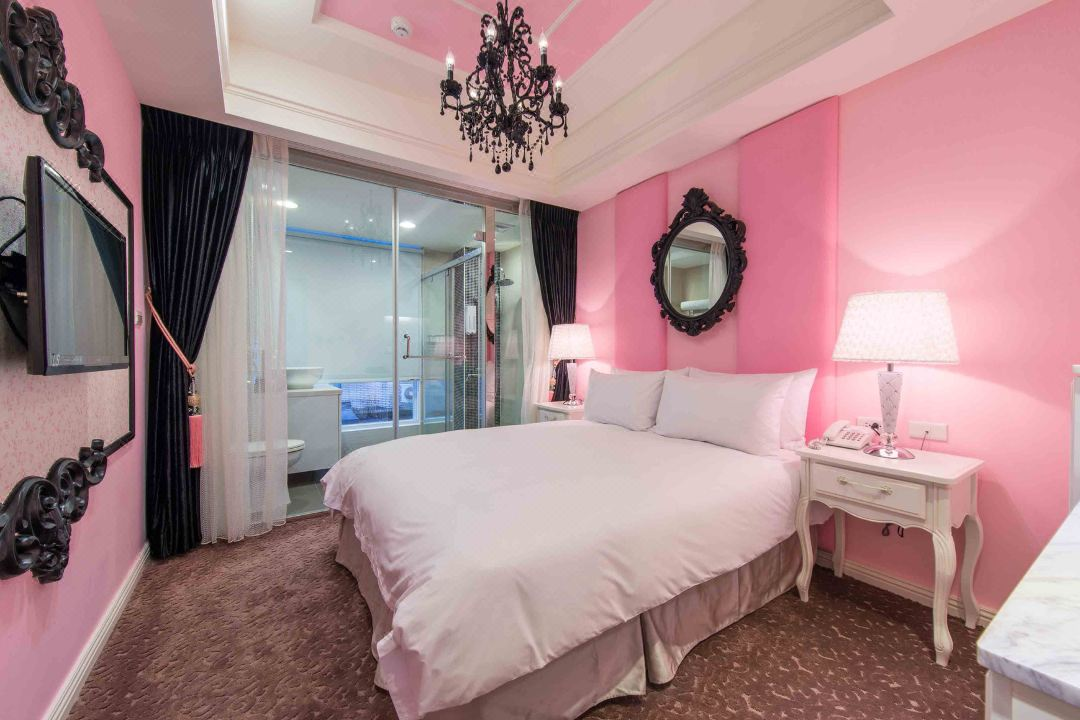 Here’s something for those who like to colour block their IG feed. Royal Rose Hotel Linsen has rooms in all sorts of different colours – like green, blue, and red. A ‘“royal” aesthetic is consistent across the rooms, and the pink one in particular will make you feel like a Disney princess.

On a more practical side, the rooms also come with free mini-bars, high-speed WiFi, and spacious bathrooms that have wet and dry areas. 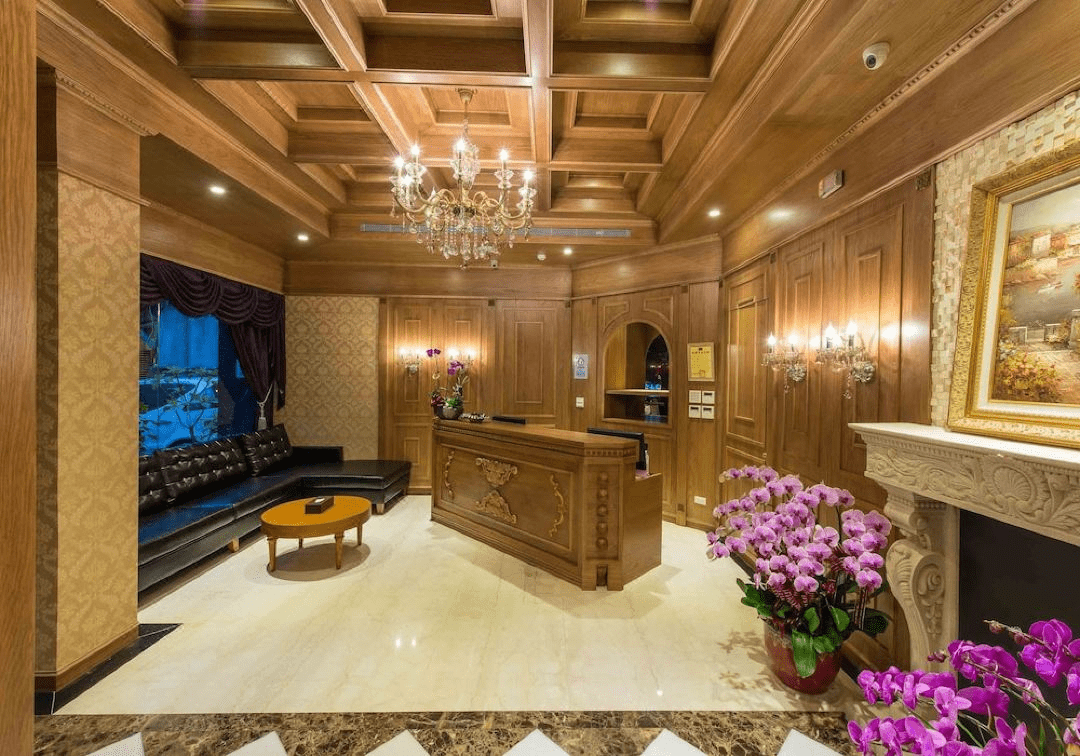 Located in Zhongshan, the birthplace of Chinese national legend Sun Yat-Sen, the hotel is within walking distance to the National Taiwan Museum and Taipei Confucius Temple. There are plenty of food options around as well, like handmade mantous and seafood restaurants. 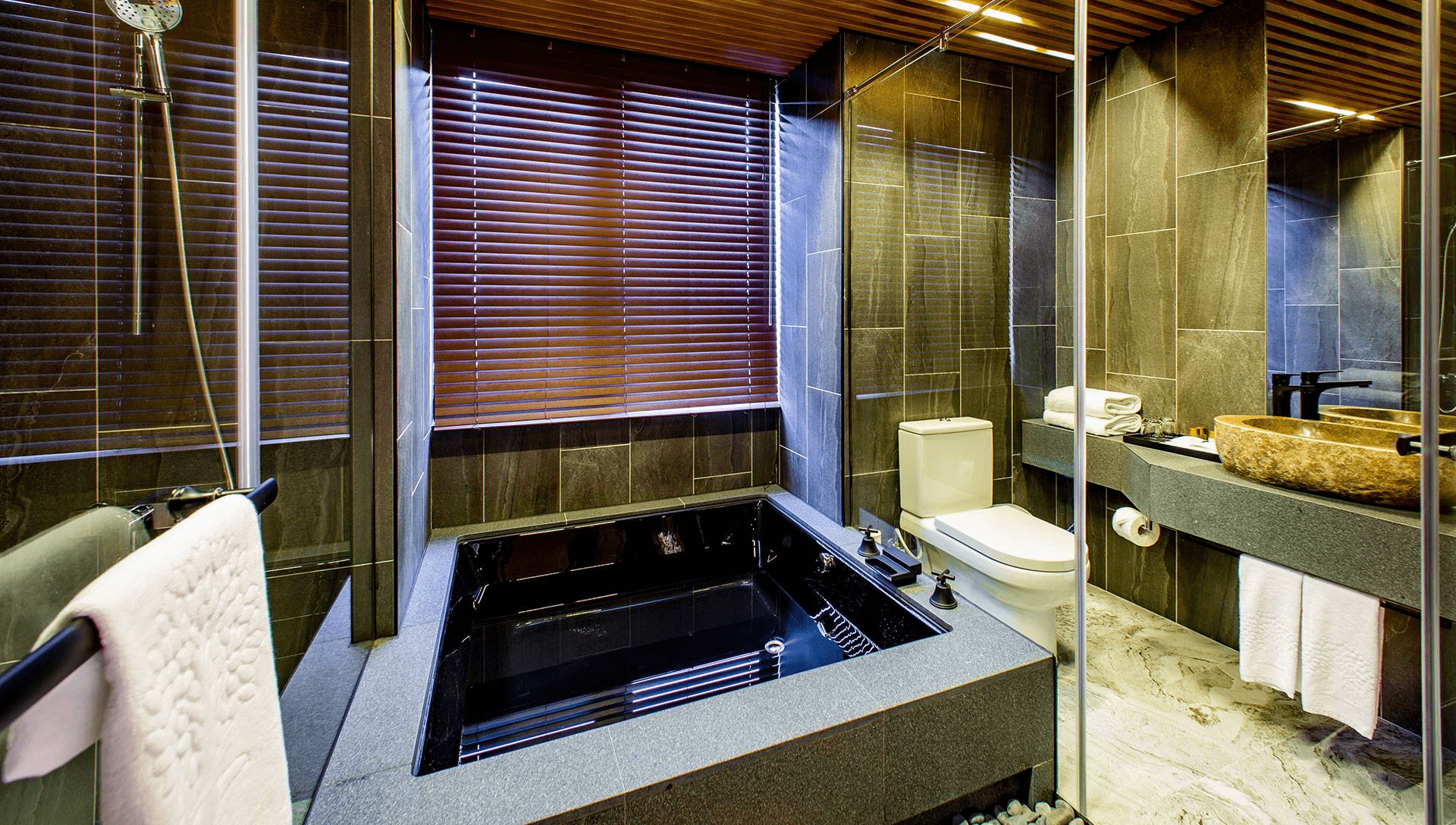 If you’ve visited Taiwan’s hot spring parks and wished you could keep soaking in them after closing hours, you can – in your own private onsen bath at JSL Hotel. Their Private Onsen guest rooms come with tubs that are filled with steamy, nourishing Wulai spring water that’s so pure you can even drink it. 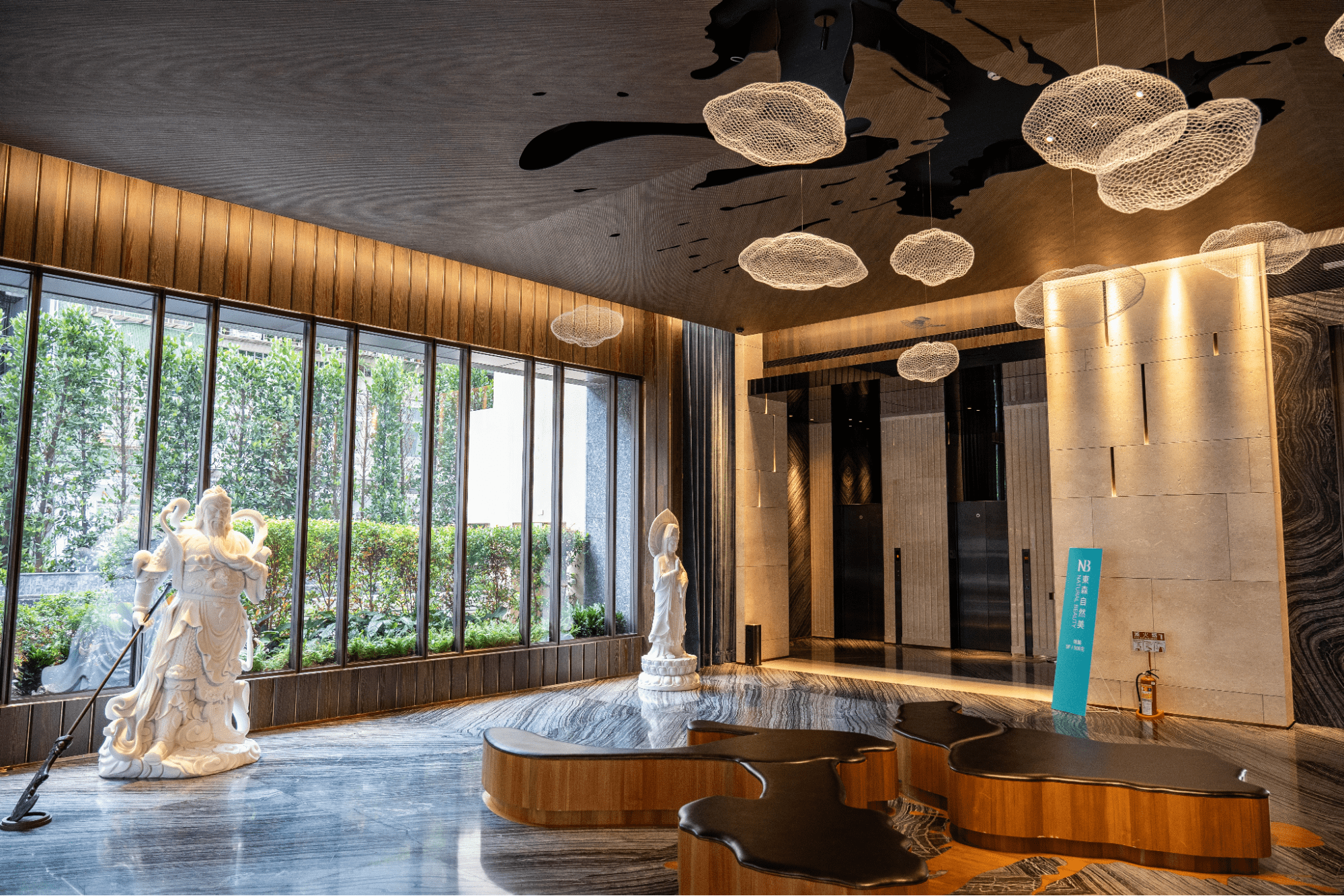 Besides their “beauty soup” pools, the rest of the hotel looks pretty spiffy with a mix of modern design elements and traditional statues of Taiwanese deities. Previous guests have also raved about the cleanliness of the place and the free fitness centre that sports treadmills, cross trainers, and other weight-training equipment.

Book a room at JSL Hotel. 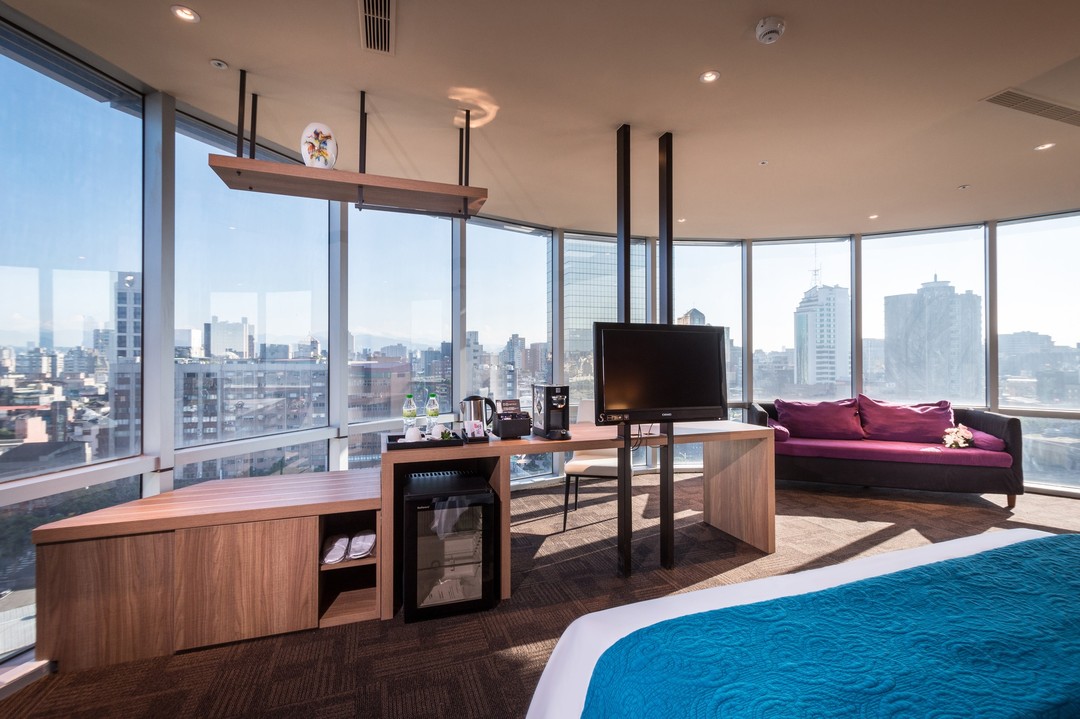 There are hotel rooms with no windows at all, and then there are those that make you feel like a goldfish in a tank. The Panoramic Rooms in Wallsun Hotel manage to strike a balance between both, with a 180-degree view of the Zhongzheng district.

They also have kiddy rooms that have cartoon forest themes and a small tent for the kids to play “camping” in. And if you’re too lazy to dabao breakfast in the morning, the staff will buy nearby Taiwanese grub like pork egg rolls and youtiao sandwiches, and deliver it to your room. 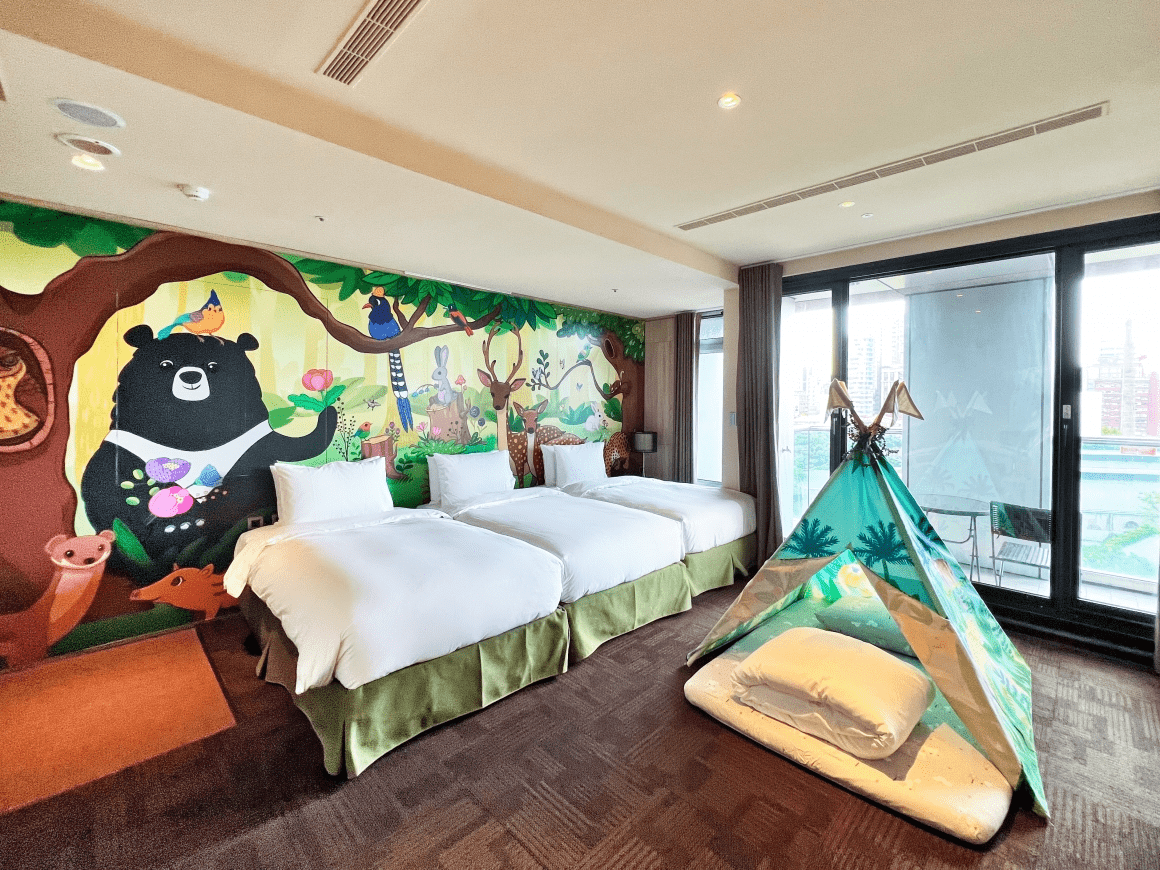 For some retail therapy, take the train Zhongxiao Xinsheng Station to the next stop at Zhongxiao Fuxing, which will land you in the Zhongxiao Dunhua shopping district. Nearby, there are also historical attractions like the National Chiang Kai-shek Memorial Hall and National Dr. Sun Yat-Sen Memorial Hall that are within walking distance.

Book a room at Wallsun Hotel. 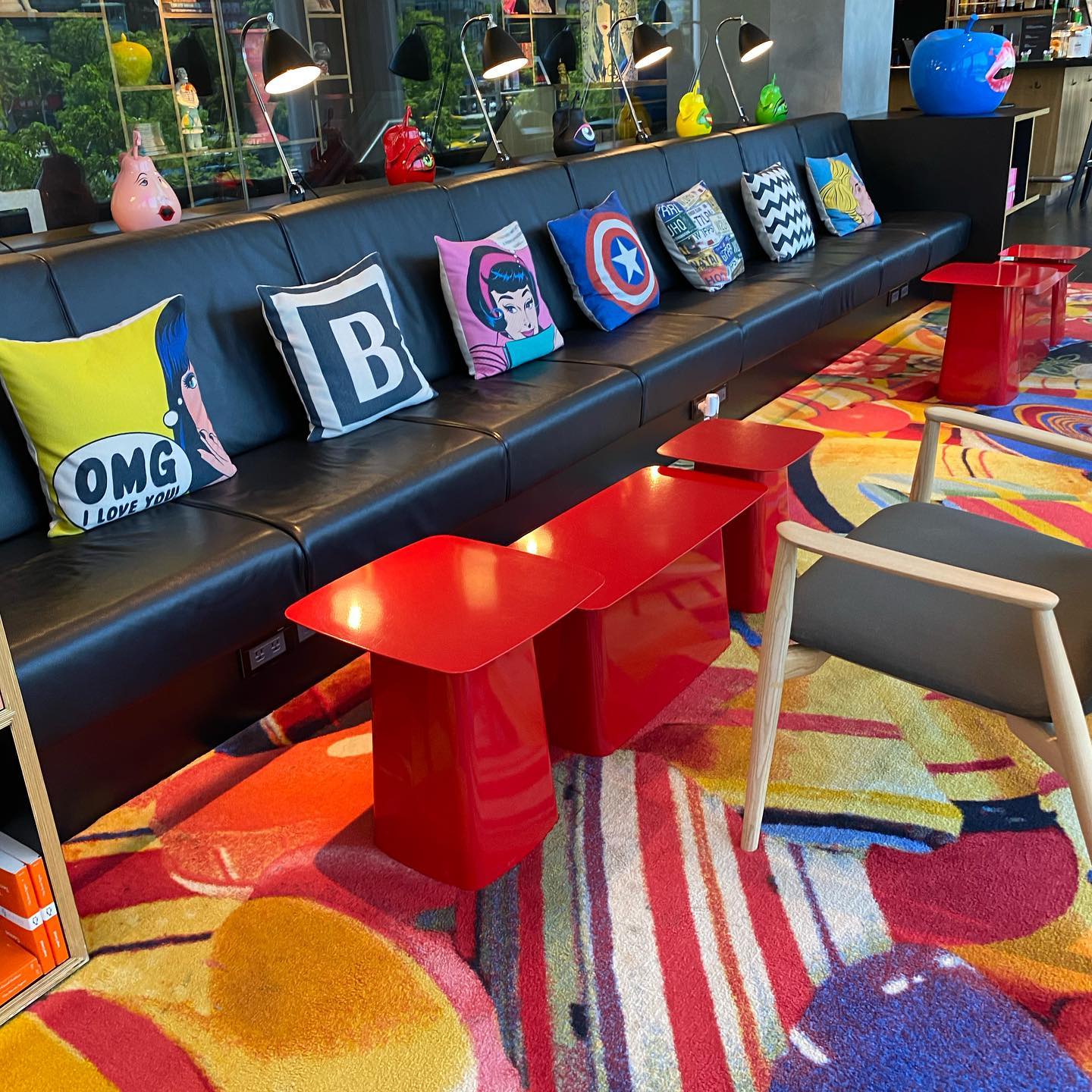 Art and culture aficionados would appreciate the tasteful pop-art decor sprinkled around citizenM Taipei North Gate. As you might’ve guessed from the hotel’s name, it also overlooks one of Taiwan’s best-kept national monuments, the 2-storey North Gate. The gate is lit up every Lantern Festival season, which makes it a good option if you’re there in February. 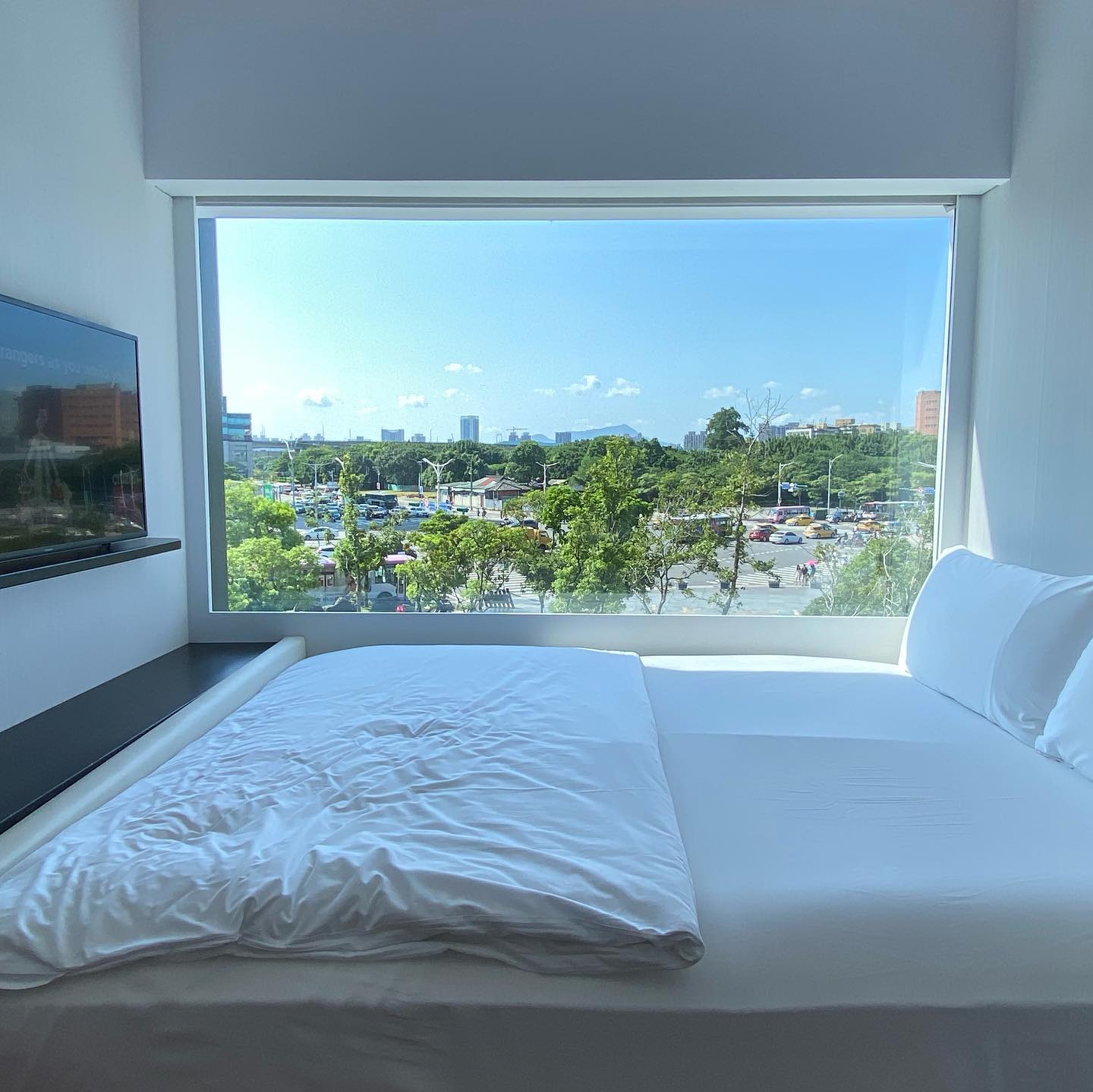 For an interesting photo op, check out the hotel’s winding staircase that connects the lounge area to their in-house restaurant on the second floor. 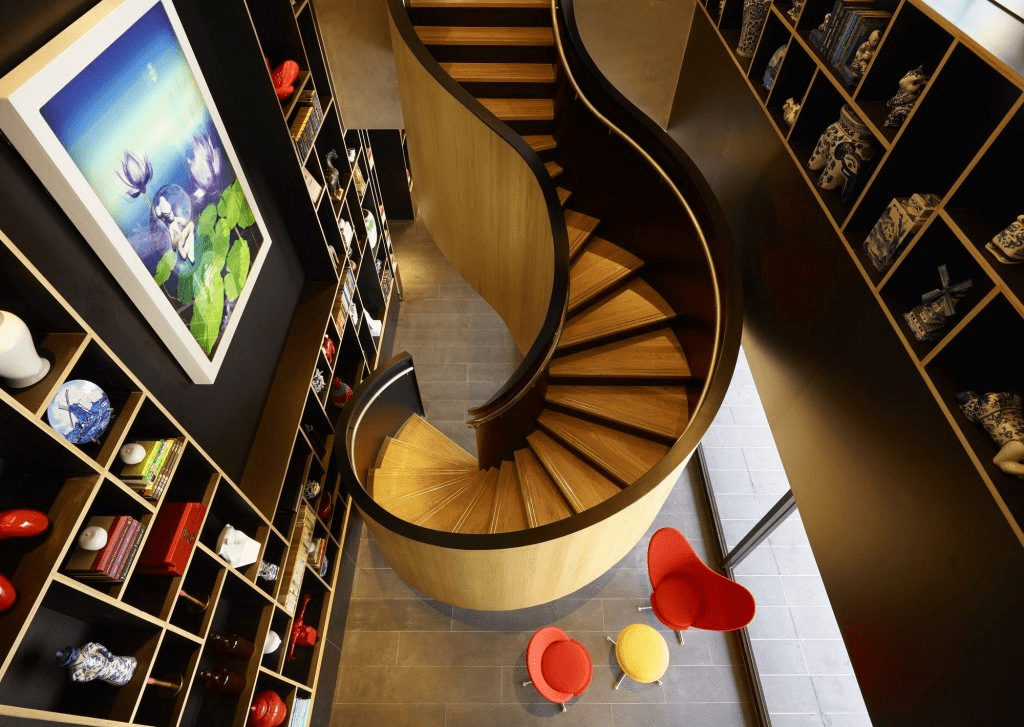 Checking into citizenM is also extremely fuss-free and efficient, as they employ several self-service check-in machines around the lobby. Plus, they’re right opposite the Taoyuan International Airport – so there’s no need for you to go through the hassle of hailing down a cab. 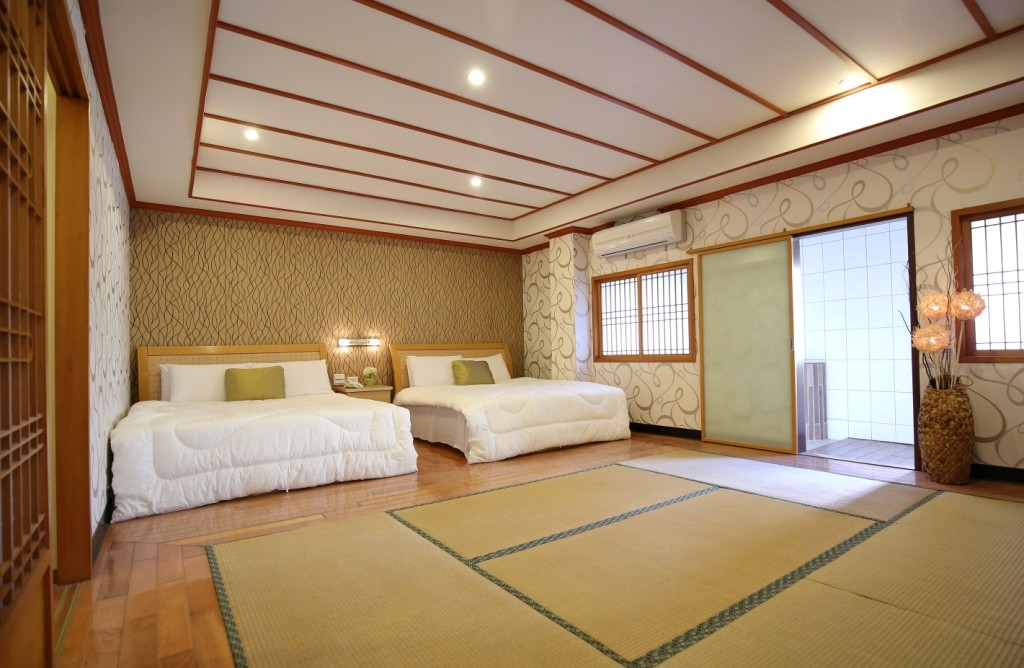 If you’ve ever wanted to feel like you’re in 2 places at once, Hot Spring Resort will give you a slice of traditional Japan in the midst of the Beitou district. They’ve got tatami floor mats, sliding doors and latticed windows in each guest room that’ll seemingly whisk you away to Japan.

You also get your own private onsen pool, where you can indulge in a stress-relieving soak after a day of exploring the nearby mountains and nature trails. 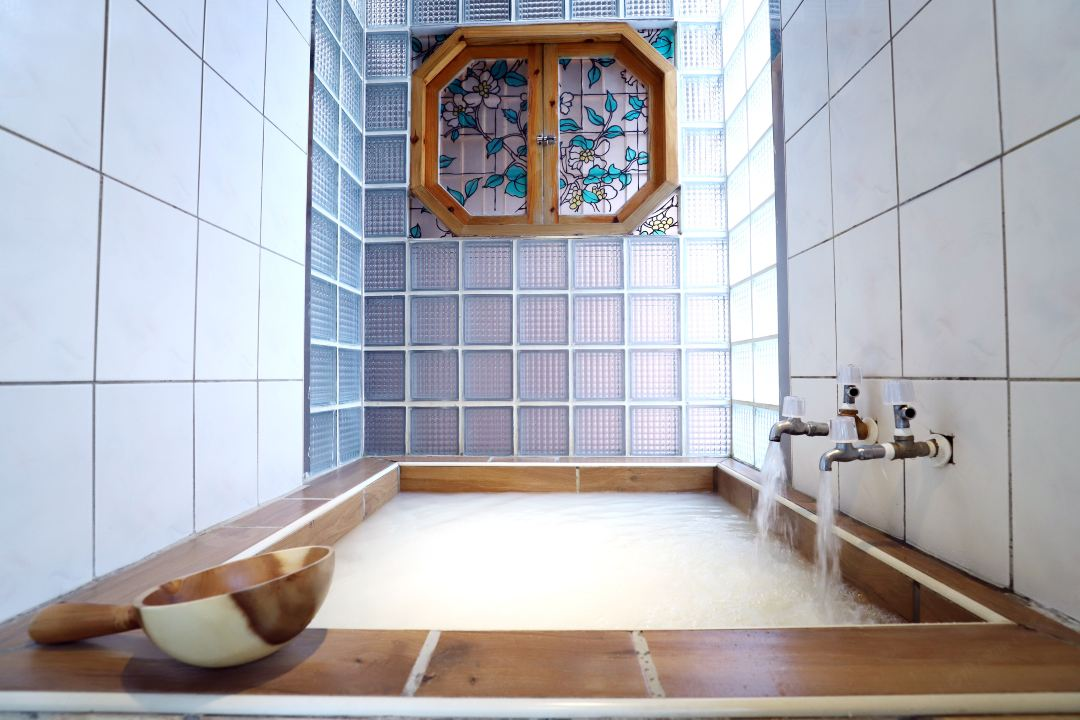 The resort is also a stone’s throw away from the Taiwan Shan Guang Temple and the Beitou Museum, the latter of which serves Japanese tea and desserts. 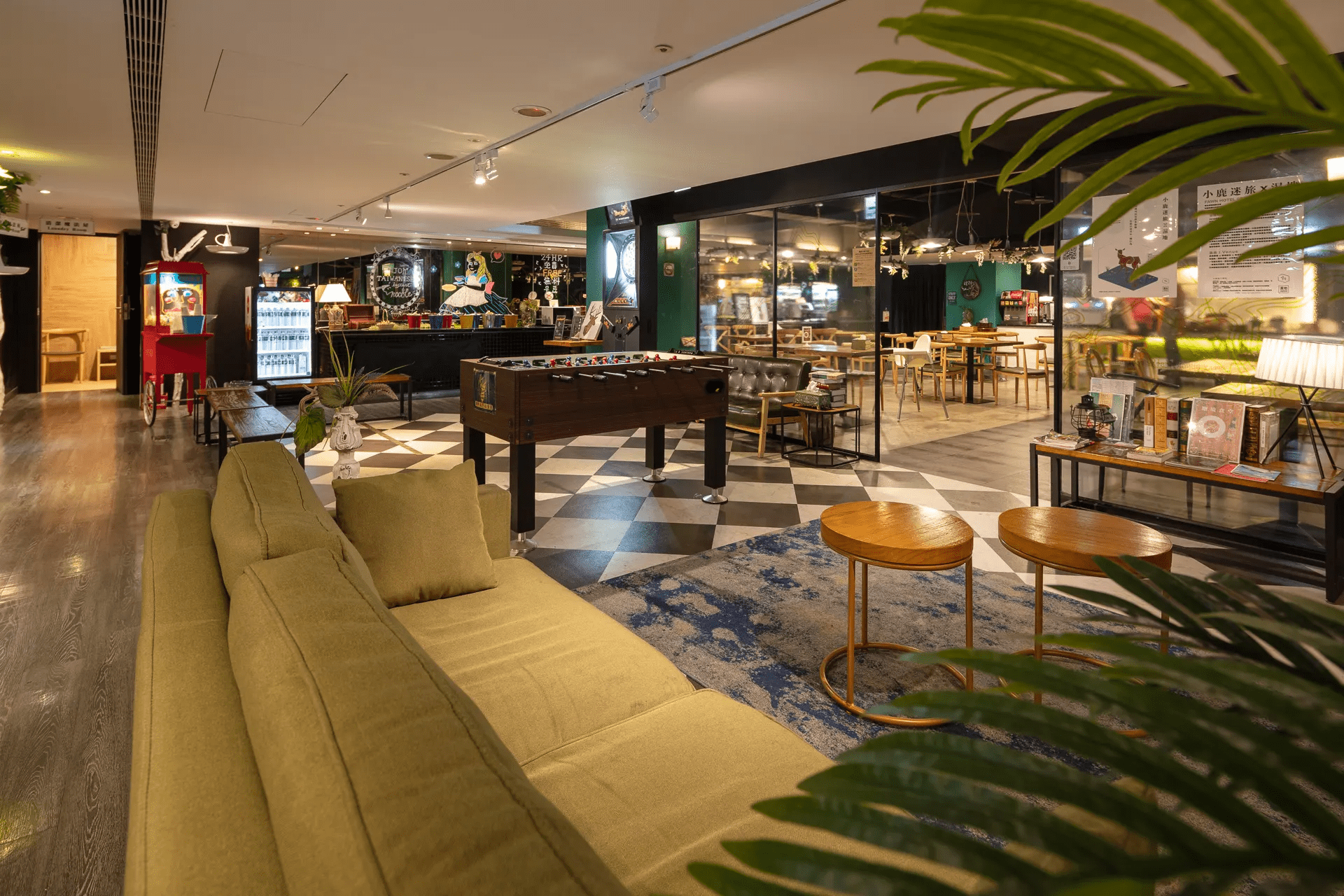 “Finders keepers” might be a pretty apt way of describing Finders Hotel, which features bits and bobs of whimsical decor all around the hotel. The main lobby’s big screen movie player, arcade machines, and free flow instant noodles and drinks add to its perky and youthful energy. 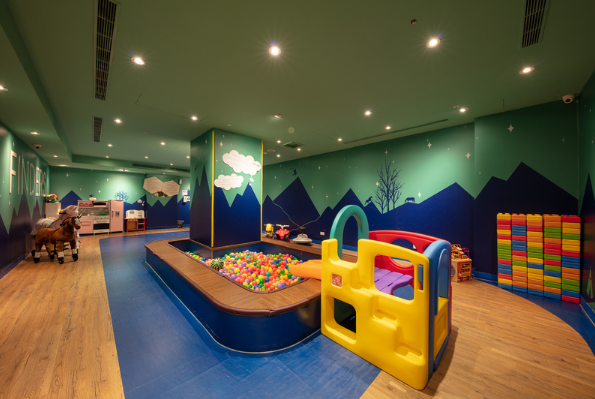 The lodging is also perfect for families with young children, as there’s free rental of baby bath tubs and cots for certain room types. If mommy and daddy want to go on more outdoor adventures, they can also book the hotel’s children’s playroom that’s stocked with enough fun things to keep the tod entertained.

Book a room at Finders Hotel. 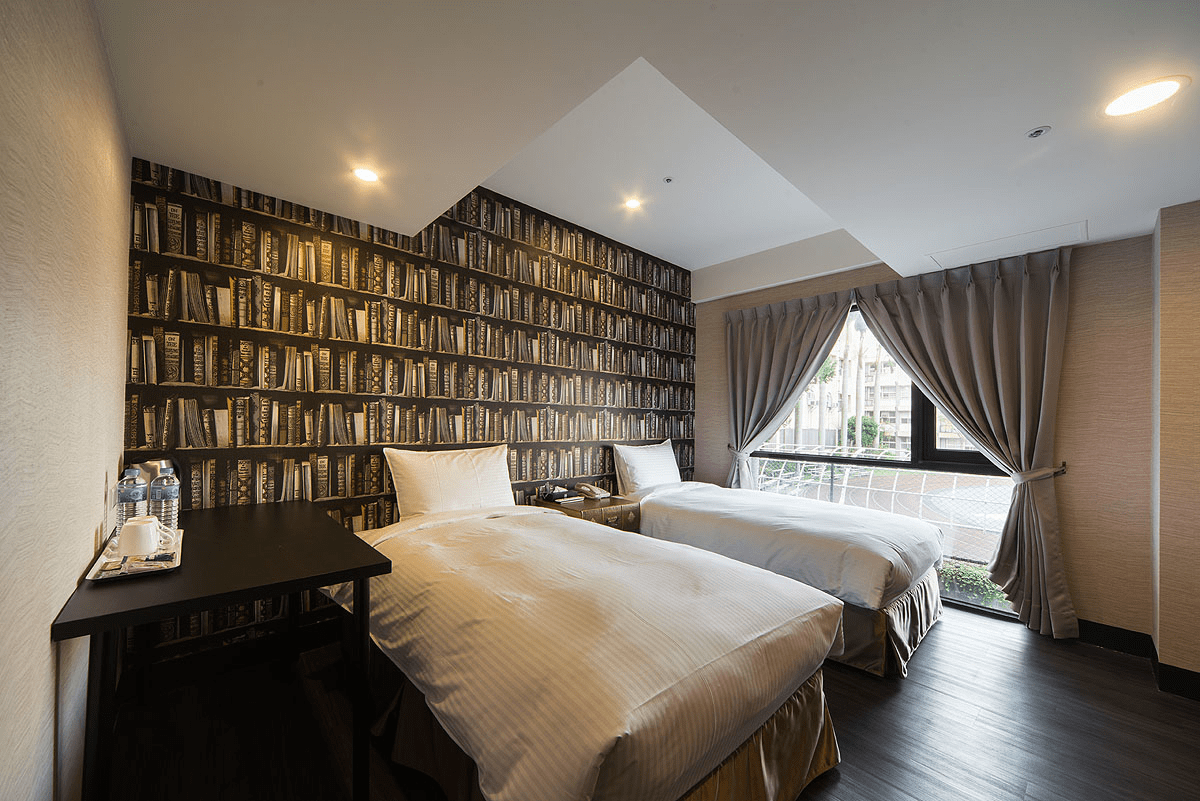 Books emanate cosiness, and when there’s a whole “bookshelf” of them behind your bed, you know you’re gonna have a comfy night’s rest. While not technically a bookshelf, Hotel Fun in Zhongshan District has these wholesome wallpapers that give the room its cuddle-bug factor.

There’s also free WiFi and breakfast all around, which is always a plus in any traveller’s book. 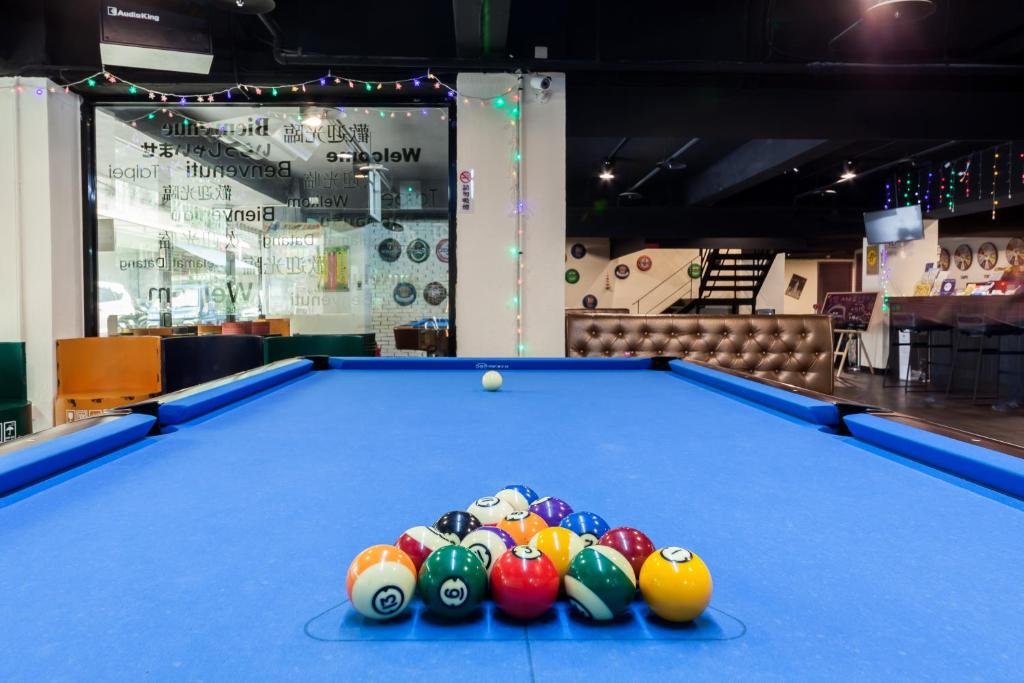 Downstairs, you can either get your game on with billiard tables and dart boards, or sink into a massage chair for some R&R. 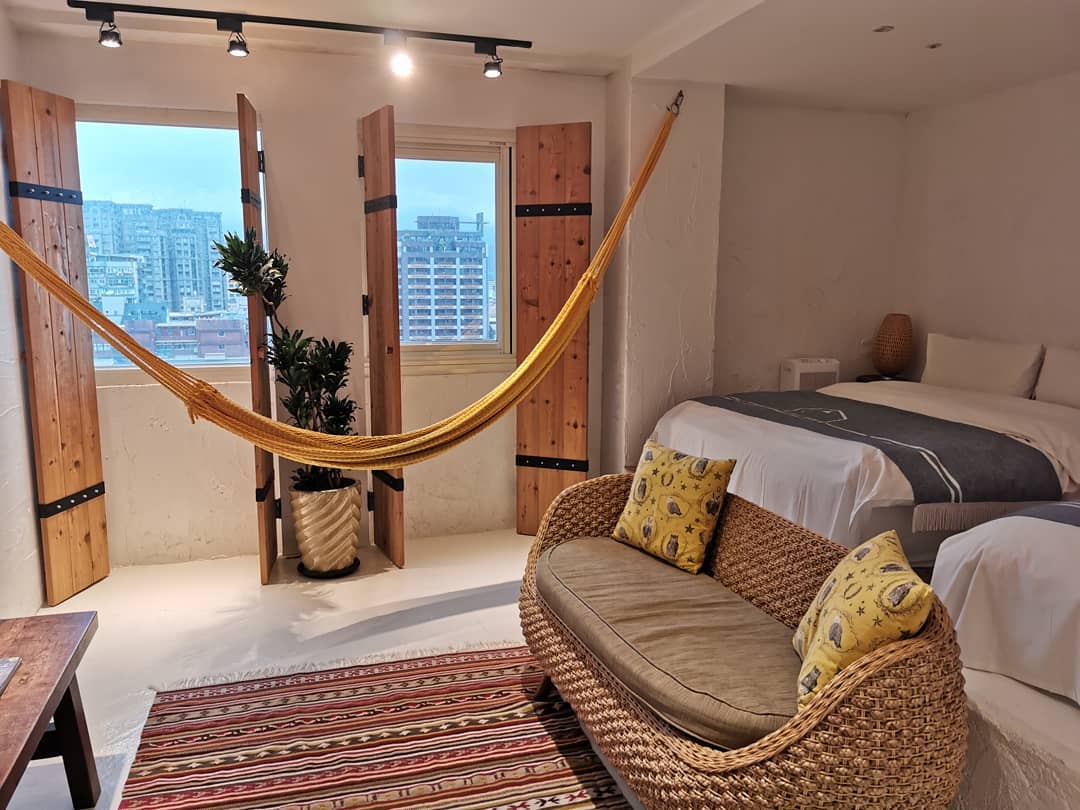 From Scandinavian to beachside to downtown SoHo, Chill Roof Hotel has rooms in 9 different aesthetics. For example, the Berber room has a bright yellow hammock and thick wooden windows that resemble a homey Italian apartment by the countryside.

And in case you’re packing light – there are coin-operated washing and drying machines where you can do your laundry. Don’t forget to fill your bottle at the water dispenser in the lobby before you head out. 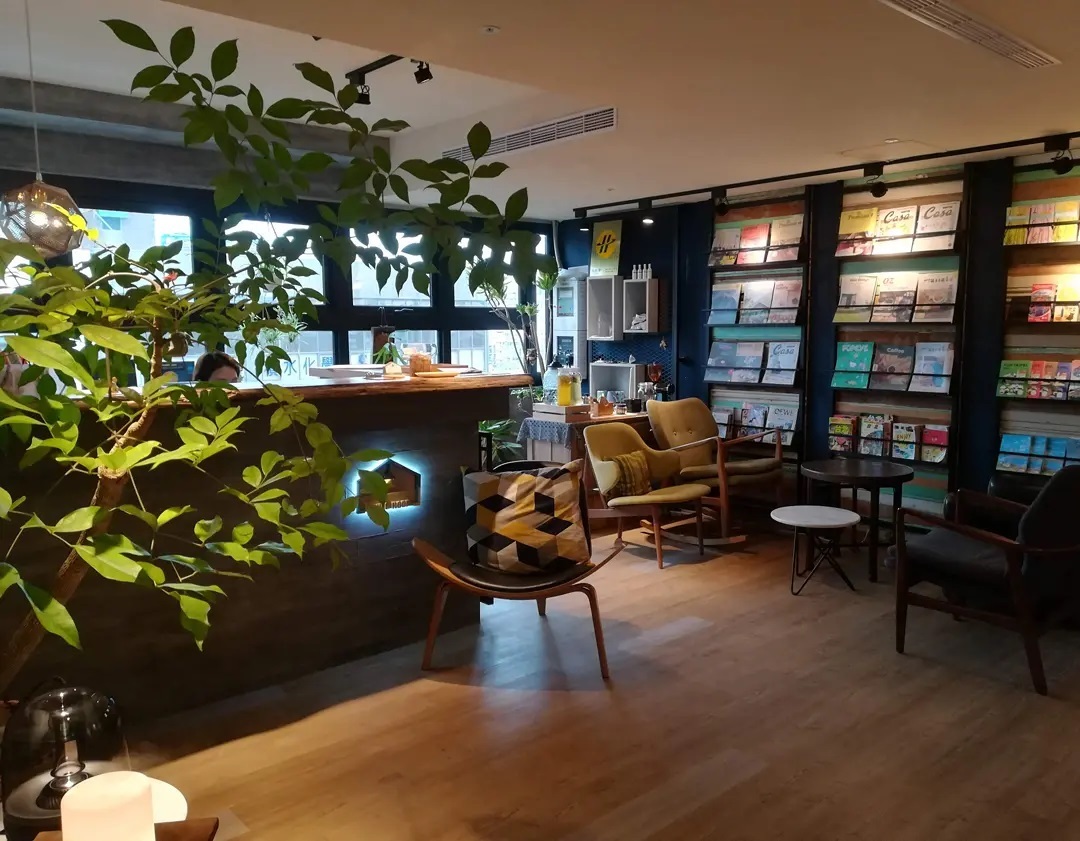 Flip through a magazine as you wait in the lobby.
Image credit: @love.pho.to

Close by, you’ll also find the Ningxia Night Market and Guanghua Shopping Centre where you can get good deals at gooder prices.

Visit these hotels in Taipei, Taiwan

With a roster of aesthetic hotels in Taiwan, beautiful landmarks won’t be the only places where you’ll be snapping up pics for the ‘Gram. So, before you pack your luggages and hop on a plane, don’t forget to throw in your camera charger and read up on some of our Taiwan must trys and local experiences.

For more affordable hotels in Asia:

A portion of this content may contain referral links to products. However, all opinions are ours.
Cover image adapted from: @wallsunhotel_taipei, Waterfront Hotel Taipei, JSL Hotel, @burinmimi 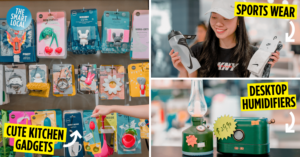 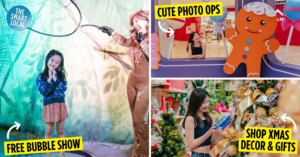