Whether you’re 3 or 30, you’ll probably agree that there’s something so addictive about slamming your palms on a Bishi Bashi Machine, or flinging basketballs till your biceps are sore. Westies, we’ve got good news for you. The mega mall of Jurong Point now has not just one, but 2 arcades for games galore.

Other than at Cow Play Cow Moo, you can now go ham spamming credits and redeeming prizes with your friends at Timezone Jurong Point. The spanking new joint has more than 160 games, including exclusive ones, spread over 17,000sqft of space.

P.S. Limited-time promotions are available through September 2022, including redemption of exclusive snoopy plushies.

As much as we love our old school games, one can only play Dance Dance Revolution so many times. Discovering new favorites can provide respite from the usual go-tos, so take a chance and try mastering some new gameplays at the rarer, outlet-exclusive games here. 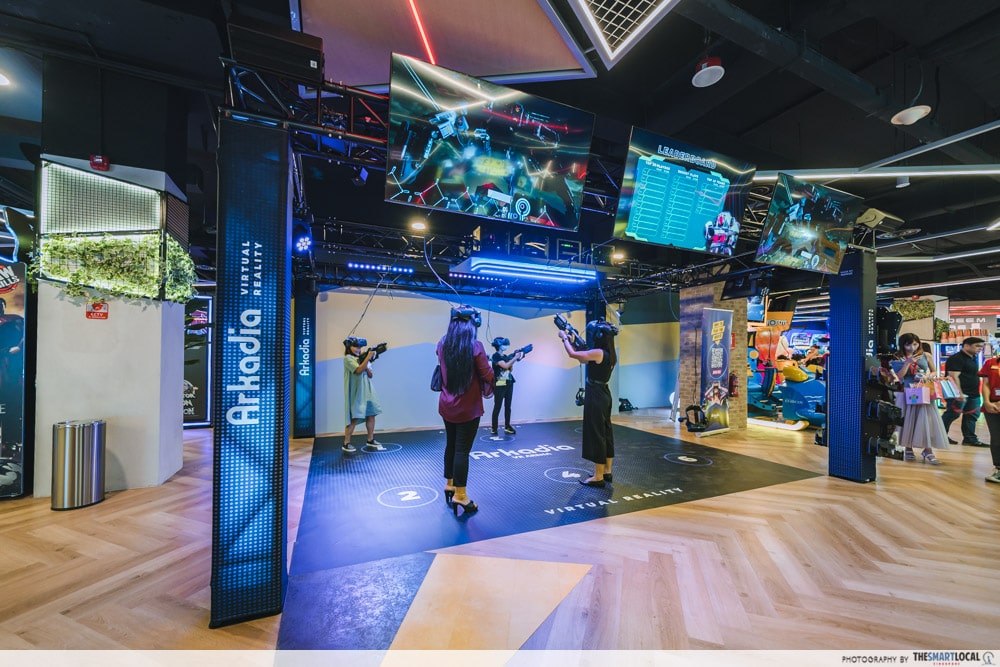 The VR games feature a virtual world with bandits and other adversaries to battle.

Say you find reality a little boring sometimes – step into a virtual world at Arkadia, a 6-player VR station. If you love the VR arcade New World Carnival, this will definitely be down your alley.

Nintendo addicts, meanwhile, can try the arcade machine version of Luigi’s Mansion. Missing a vacation? Hop on the jet ski simulation, Jet Blaster; we found it to have super-realistic kickback sensations. 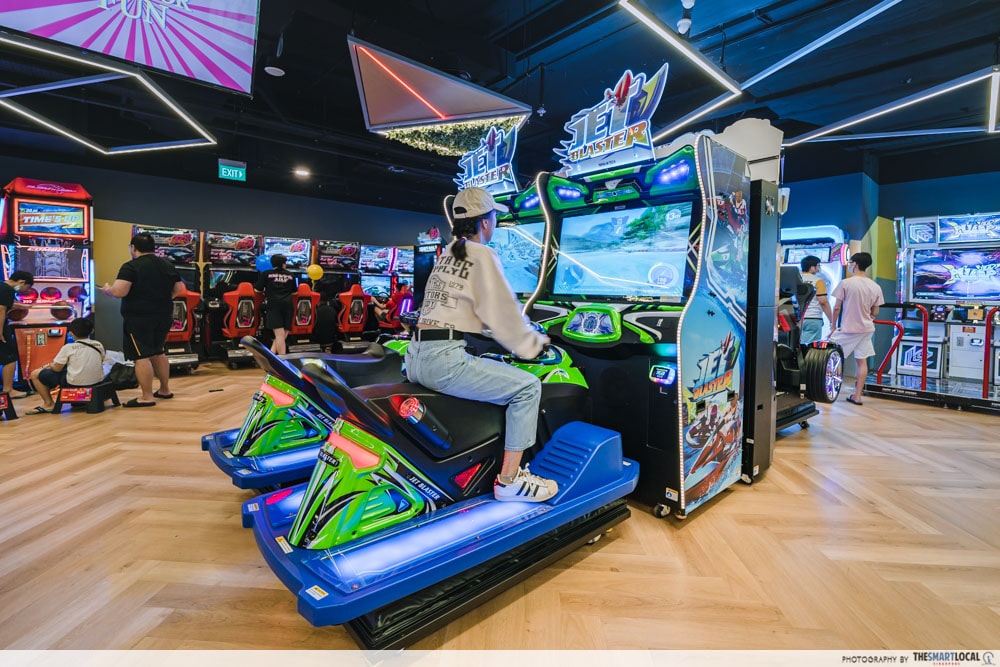 For an actual ride instead, the arcade chain’s first Maximum Drift Bumper Car will be arriving in Q1 of 2023, with a 11m x 20m track to speed through and collide with your friends. 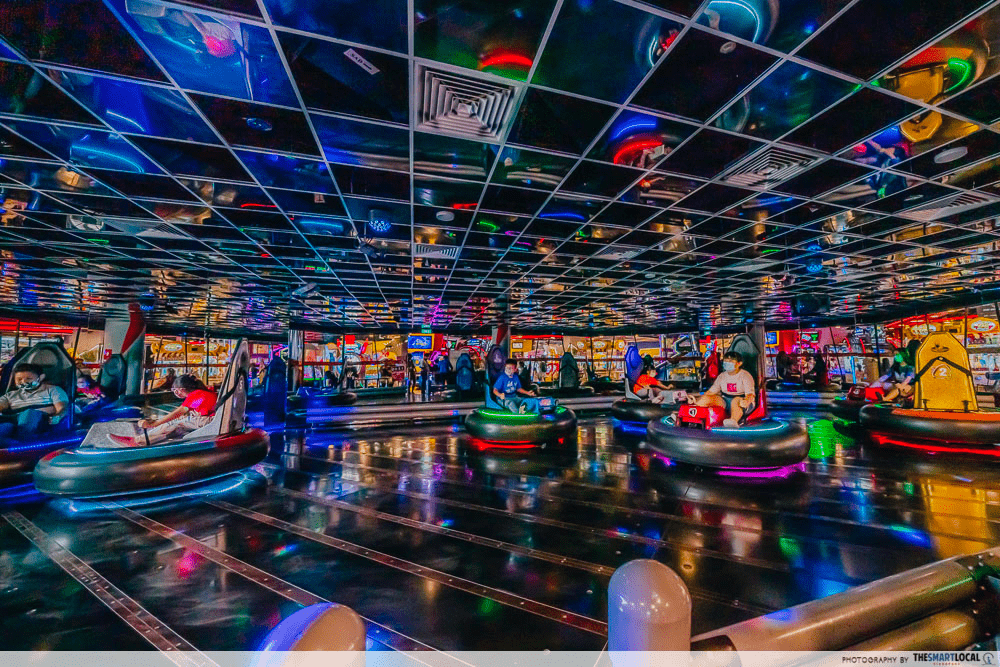 Bumper cars at Timezone Jurong. Image for illustration only. 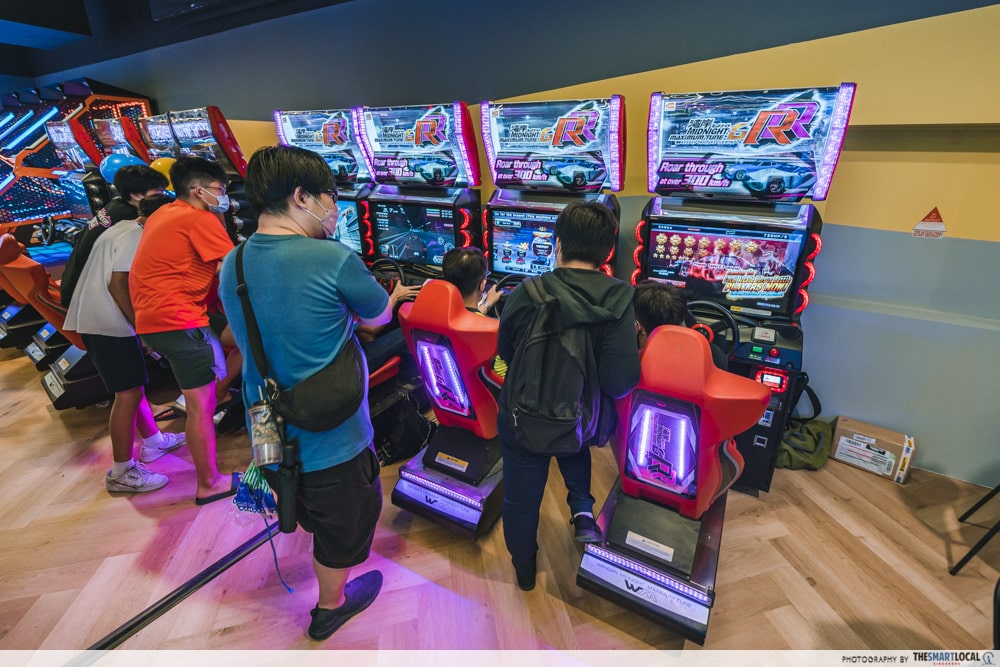 As grown ups, we no longer need to sneak into arcades with jackets over our school uniforms. But, if the old days have taught us one thing, it’s that no 90s-style gathering is complete without the whole gin gang.

Large groups can find a myriad of activities here that everyone can participate in. Determine who the best driver is once and for all at the 8-Seater Midnight Maximum Tune, where you can challenge all your friends at once. Make it a challenge while you’re at it – loser buys bubble tea. 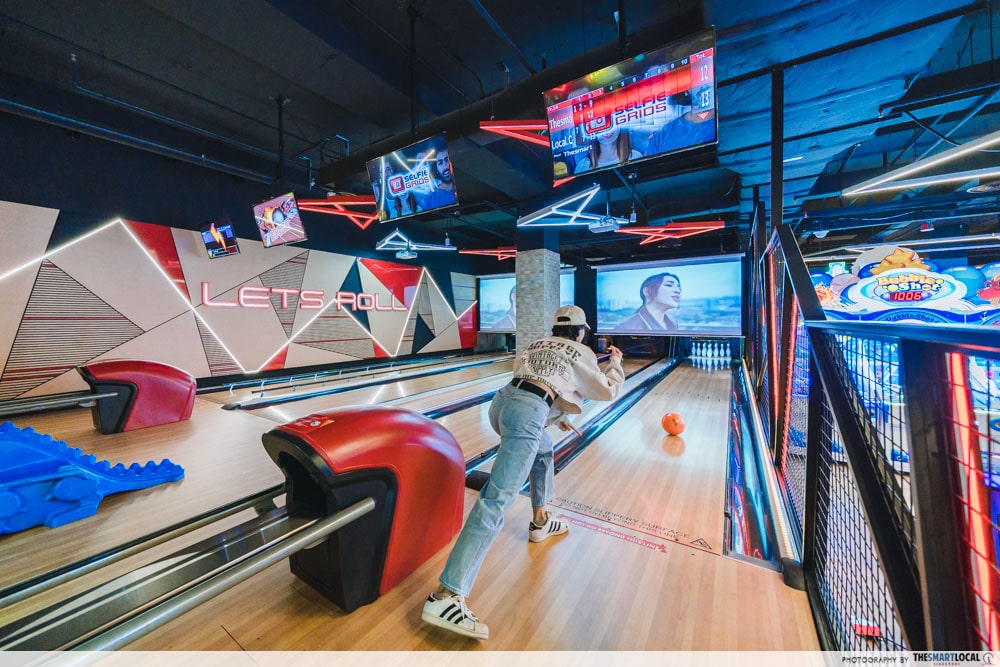 Else, another nostalgic activity you can find here is bowling at Social Bowling Alley, with 4 lanes to fit your entire clique and then some. They also have gamified, challenged-based settings you can pick from to take things up a notch. 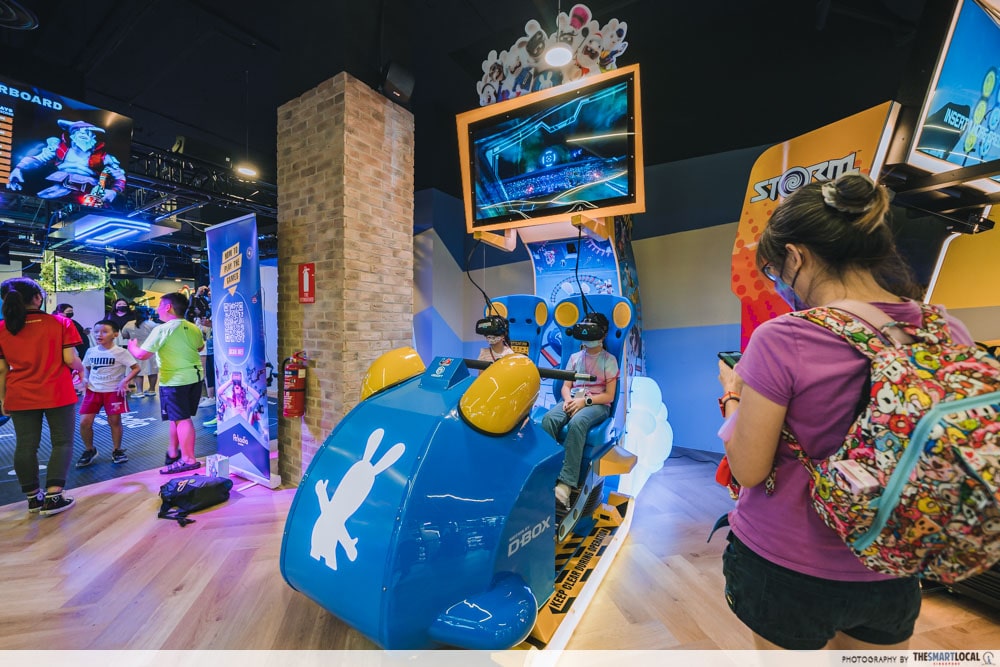 Right, arcades are technically made for kids – we forget sometimes. But if you’re here with your little one in tow, they can go crazy with the kid-friendly games that take up a whole section of the arcade. 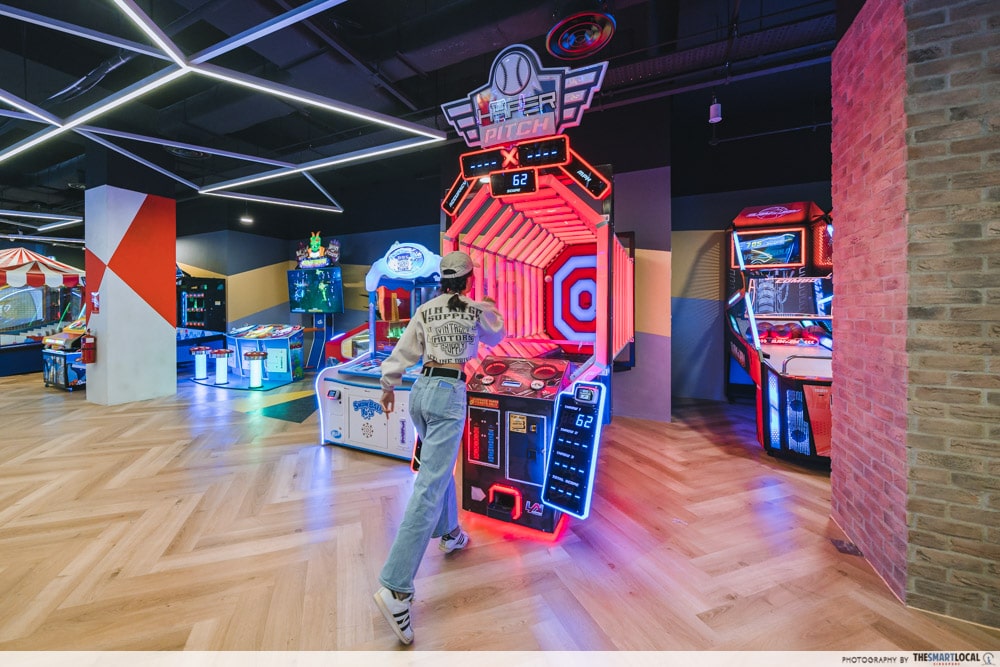 The tiny tots can hop on one of the 2 kid-friendly VR rides, or try more active, movement-based games such as the HyperPitch Ball toss. 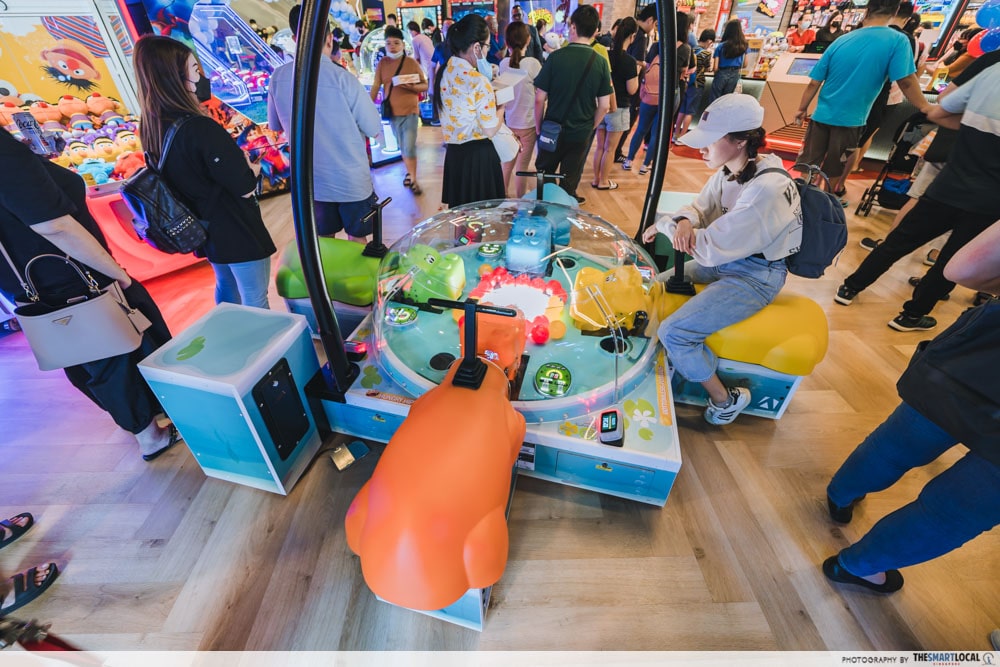 You’re definitely a 90s baby if “Hungry Hungry Hippos” rings a bell. It doesn’t matter if you’re a kid or simply young at heart, have a seat on one of the 4 chonky hippos near the arcade entrance for a go at a mega-sized edition of the classic childhood game. 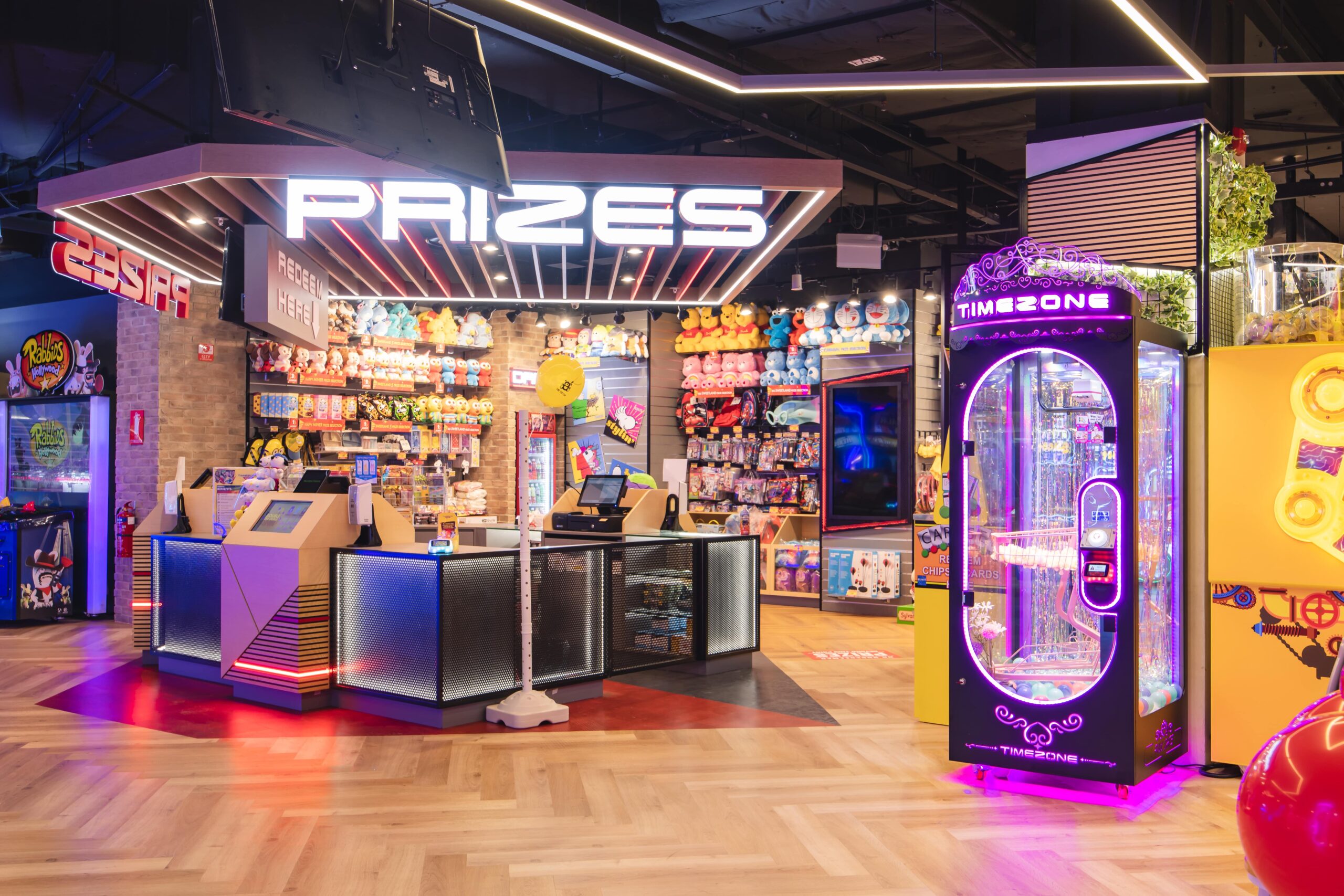 Claw machines is a pretty apt name for these since they very often have us literally clawing at our hair in frustration. Still, you’ve got to admit that there’s no pride that compares to when you finally snag that choice plushie.

Impress your SO by winning a massive soft toy at one of the outlet’s upcoming life-size claw machines. The trophy you’ll parade around will definitely be a flex to everyone nearby. 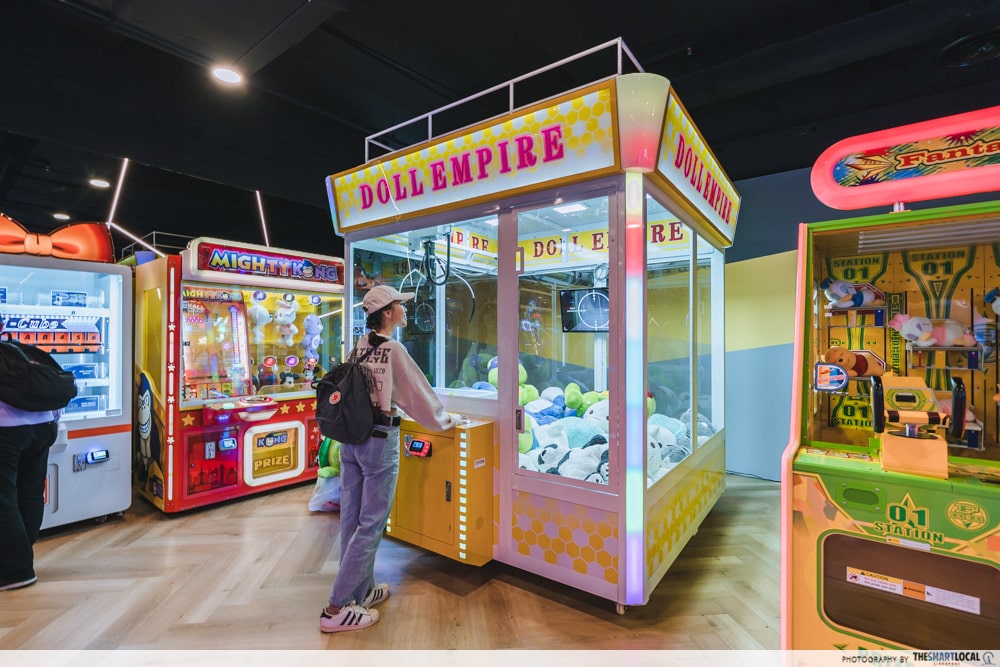 Other claw machines you can find here include a massive “Doll Empire” filled with giant Teenage Mutant Ninja Turtles plushies. A row of Disney-themed claw machines lies right beside that, with plenty of squishy Mickey Mouses and Poohs waiting to be won. 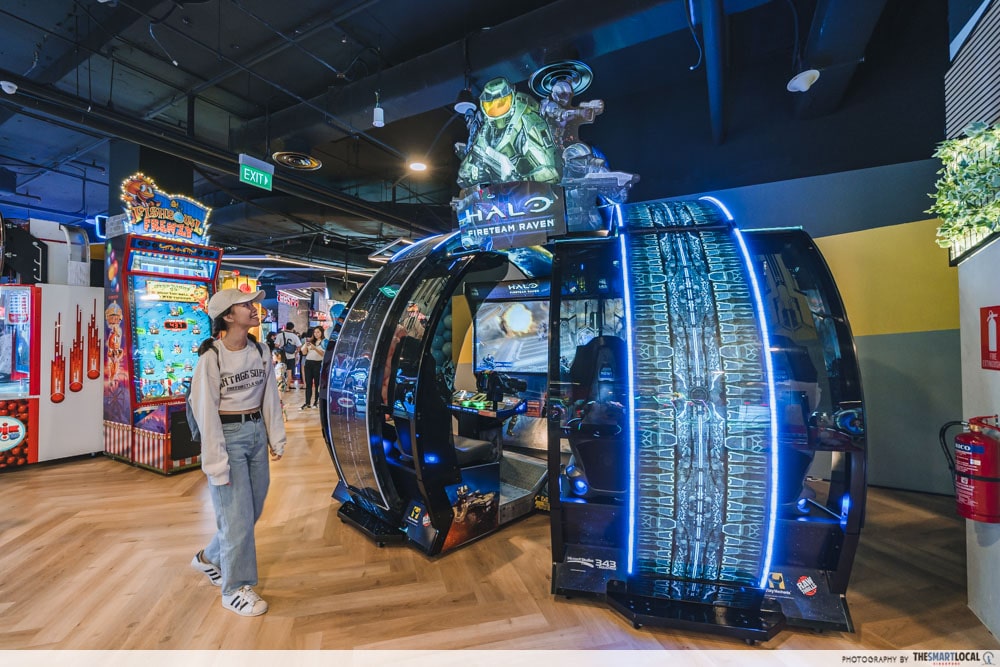 Gamers, we’ve got you covered as well. Spotted across the arcade were adapted games from popular franchises such as Halo and The Walking Dead. If you’re among the gazillion Minecraft players, don’t just indulge in the latest 1.19 update – come by to have a go at Minecraft Dungeons Arcade, with collectable cards dispensed at the start of every round. 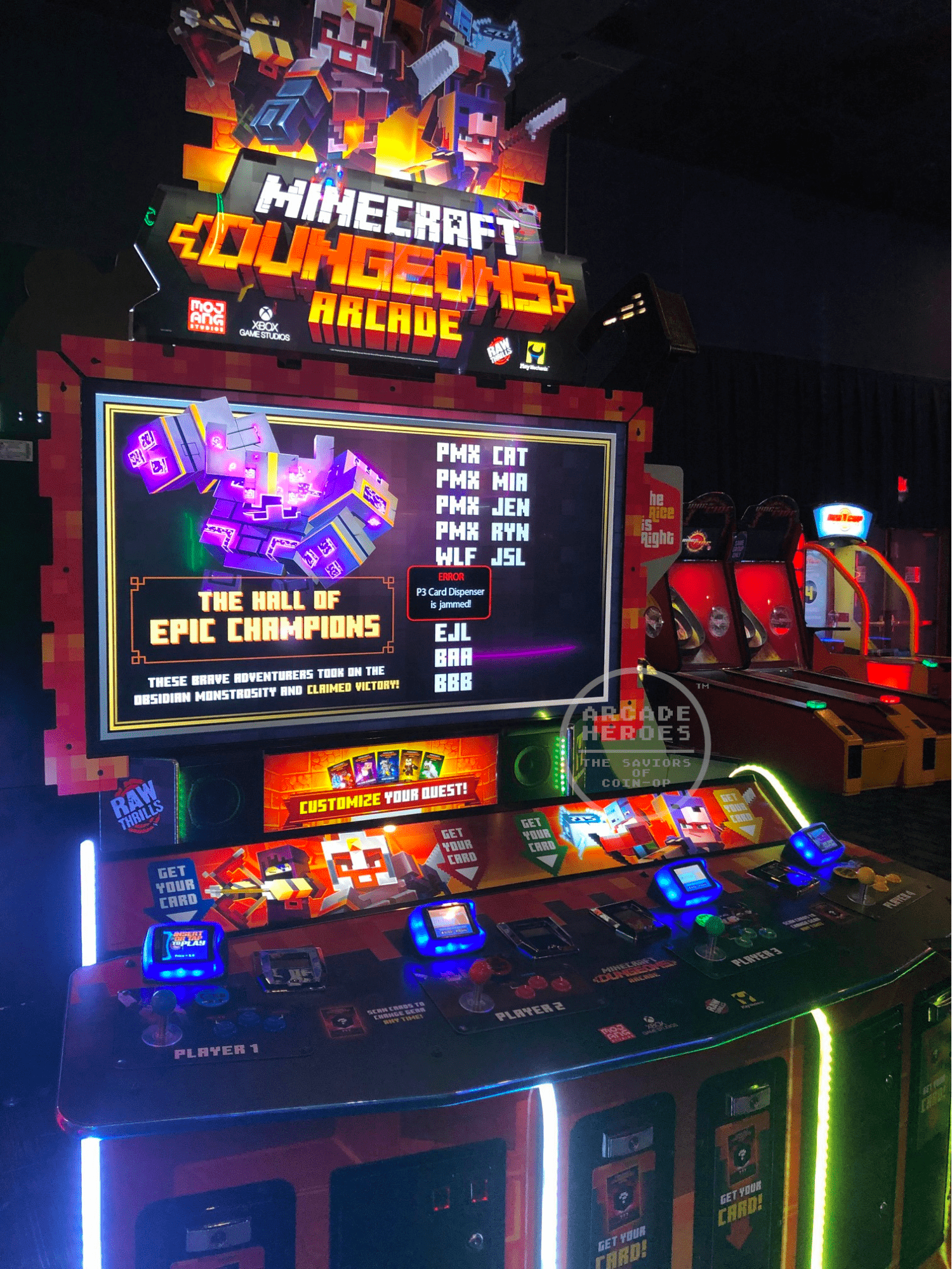 Play games to your heart’s content at Timezone Jurong Point 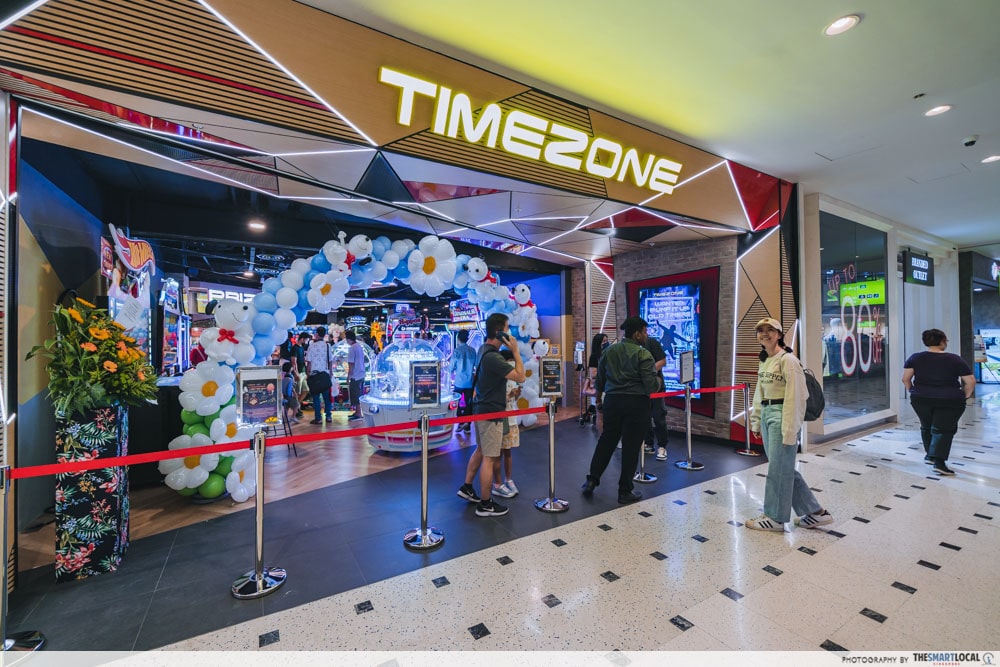 As our 2000s selves may well agree, there can never be too many arcades. Westies, enjoy this newest kid on the block – it’s the second largest Timezone in the area. As for the Easties, this lies a short walking distance from Boon Lay MRT, if you’re up for a journey across the EW Line. 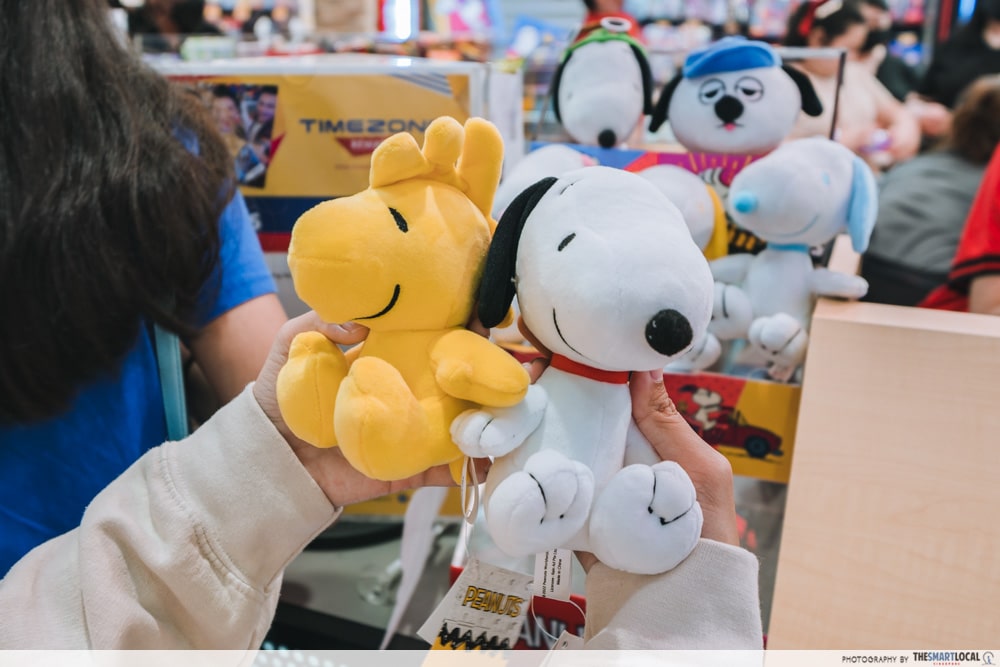 Also, as the lobang queens and kings out there may well know, the best deals await early birds. Visit Timezone Jurong Point from now till 30th September 2022 to snag opening promos ranging from exclusive merch giveaways to bonus credits:

For more arcades in Singapore: 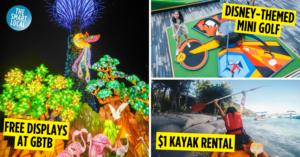 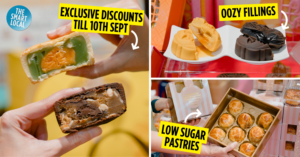