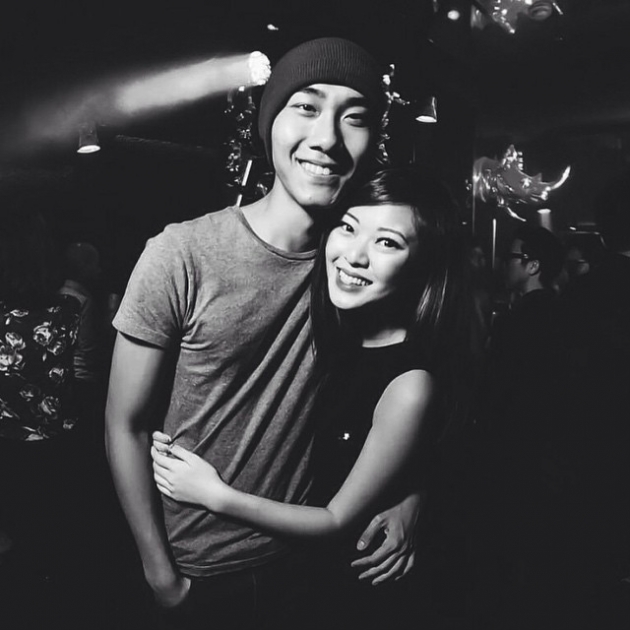 You lock eyes from across the room and suddenly everything clicks. There’s a moment of complete silence before the two of you run towards each other, arms outstretched, Bollywood style.

Of course, identifying The One is hardly as easy as that. After that initial ecstatic rush accompanying a new relationship, things settle into normalcy. Multiple petty quarrels and even a few major ones ensue, and sometimes things between you two feel less than electric. While every relationship is different, here are 15 universal signs that your Singaporean boyfriend is your soulmate.

1. Small but significant actions that are easily overlooked

There are too many of these to list, but here are two examples:

You’re sharing an umbrella under heavy rain, and when you finally reach the safety of your HDB void deck, you notice that you’re completely dry but his right shoulder is drenched.

You’re awakened by your phone ringing obnoxiously at 6:30 in the morning. His sleepy voice sounds through the phone, “Wake up already not? Today you got Monday morning meeting you better be on time ah.” You mumble something that sounds like agreement into the phone with the intention to go back to sleep after hanging up. But he knows that already. “You better not fall back asleep. Go open the door, I want to hear.”

These things are not romantic or sweet in the moment, but thinking about them leaves a happy glow on your cheeks.

Our closest friends are even more protective of our hearts than our parents are. They’re the people you run to when things go wrong and they have front row seats to the turbulences of your relationship.

Sometimes, they could be even more aware of what’s going on in the relationship than you are, so if they feel safe entrusting you to his care, it’s a sure sign that he’s good for you.

Or at least his closest friends do. They say you can tell a lot about a person through the company he mixes with; birds of a feather flock together. Also, his close friends are the ones who know him thoroughly and see the sides of him that his parents probably don’t even know exist.

If they treat you genuinely, they’re expecting you to stay. But if they don’t talk to you much or completely ignore your presence, then girl, that’s a red flag right there.

4. You talk about the future

Doesn’t have to be something cheesy/mature like baby names or planning how to pay off a HDB and/or COE loan. It could be something as simple as planning to go backpacking in Southeast Asia together next year. The point is that you have each other in your futures, and thinking of spending the rest of your lives together doesn’t make you feel suffocated.

Your lifestyles slowly shift to accommodate having a new VIP around. The changes take place over time, without you making an extra effort. It feels so right naturally that you’ll feel like that’s the best state your life could be in.

6. He puts in extra effort to be romantic

It’s common to hear Singaporean girlfriends complain about how unromantic their boyfriends are. Knowing this, The One is likely to want to at least attempt to be romantic and melt your heart a little. This could start from something small like saying “you’re beautiful” rather than his usual “waseh chiobu”.

7. You do things you hate for him

Not because he begged you to, but because you want to. You want to play DotA although you suck at it and always get scolded by the other players just to spend some time with him. You want to cook that meal for your anniversary at the risk of burning your kitchen down, and you’re rewarded when he asks for seconds.

8. He does things he hates for you 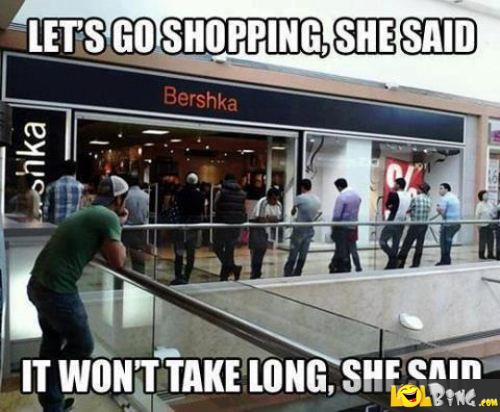 He goes shopping with you when all your girl friends are busy but you just have to. Or he goes for all those cross-country marathons with you although he abhors running, but you were so excited about it and he didn’t want to let you down.

Either way, he’s far from the best shopping/running/whatever companion, but he’s willing to make the effort and sacrifice his time to be with you, and that counts for a lot.

9. You can read each other’s minds. Almost.

He knows that when you have that greedy smile on your face, you want a giant packet of fries from McD’s. You know that when he sulks in that certain way, his dog peed on the couch again. Even better, he knows just from the way you’re texting that you’re watching that K-Drama right now, and you know when he’s only texting you when waiting for a respawn.

You respect each other, and understanding the other person’s viewpoint isn’t an impossible task but a patient process. Maybe there’s a slip every now and then, but conflicts are resolved peacefully. Any form of violence is a definite no-no.

11. You don’t judge each other 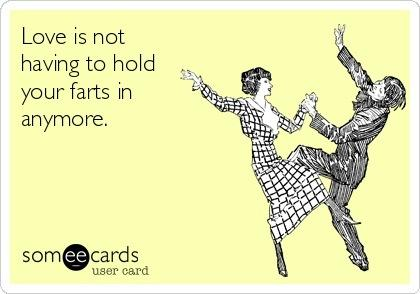 Farting, excessive weight gain, a bad haircut, whatever. Everything you do, you do in the confidence that your partner won’t judge you at all. Teasing is inevitable, but your comfort level with each other is so high that you forget the meaning of ‘shame’ in his presence.

12. You inspire each other

Other than the basic ability to cheer the other person up in times of sadness, you’re able to inspire long-term changes in each other. Maybe the change is proper grammar, or maybe it’s a healthier lifestyle, a tidier workspace or greener living environment. Thinking of how special he treats you makes you want to improve yourself for him naturally, and vice versa.

13. You push each other to be better and stronger

You have multiple petty squabbles over who does the dishes or takes out the trash, but when you have serious fights, they’re over the way you always choose to run away from your problems as they grow. He actively pushes you to be an improved version of yourself, even if it means he has to be a little tough on you sometimes.

14. You never have to face danger alone

He has a deathly fear of rollercoasters, but he’s so convinced that they’re dangerous that he has to accompany you on the Battlestar Galactica rollercoaster at USS just in case something goes wrong. And you don’t want to, but you’d accompany him to a horror movie if he can’t find anyone else to watch it with, just so he doesn’t have to face Sadako alone when she crawls out of the screen mid-film.

15. He knows how to make you happy again

He selflessly queues for Hokkien Mee at Chomp Chomp for you because he knows how much that will cheer you up after failing to get that promotion you worked so hard for.

Although he usually grumbles when you ask him to buy you carrot cake on his way to your place, he doesn’t mind it today because all he wants is to see you smile again.

Is he The One?

From snoozing to skydiving, the two of you are content to have each other’s company. Maybe it doesn’t happen like in those romance novels where your hand fits perfectly in his and flowers blossom in the presence of your love, but you know that he’s now an integral part of your life as you are in his.

You share a memory around each corner of every street and in simple items like candy-canes or that strange toilet-cleaning-thing in Ikea. He’s not perfect, that’s for sure, and neither is your relationship. But whatever trial may come, you’ll face it knowing the other person has your back, and that’s what matters. 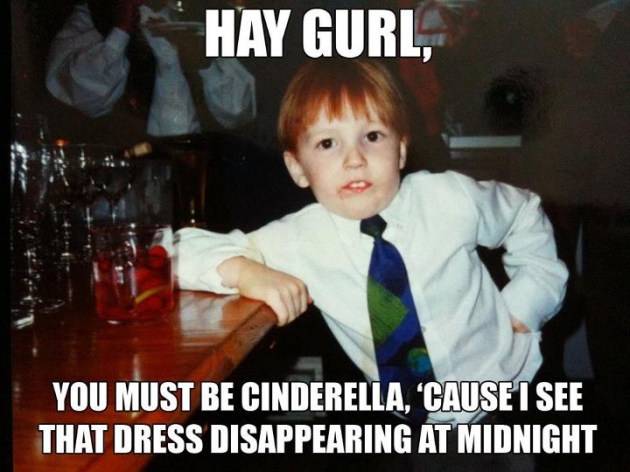 20 Types of Guys Singaporean Girls Find Irresistible
Google Singapore Office Tour - An Exclusive Look Into The Most Sought After Company In...