The year is 2005. The Black Eyed Peas have just released their classic karaoke bop, Don’t Phunk With My Heart; Sentosa Monorail ceases its operations; and I am 12-years-old, face-to-face with my worst enemy: the PSLE maths paper.

It’s been well over a decade, but I’m still reeling. Maths is brutal. It mocks you. Oh, you just got a hang of putting numbers together? Wait till it throws letters into the mix. I mean, do we reeeeally need algebra? (We do, actually)

Singapore is especially notorious for its insane maths syllabus – after all, we’ve made a mark in international classrooms for a reason. If you’d like to trudge down memory lane, here are eight of the hardest PSLE maths questions most of us can be glad we didn’t have to answer.

Note: Some questions have been rephrased for clarity.

Disclaimer: In case you’re wondering if we’re starting off easy – we’re not. Or at least I don’t think we are. I couldn’t answer most of these questions in confidence, so they’ve just been put together in haphazard panic. Let us begin.

Jess needs 200 pieces of ribbon, each of length 110CM, to decorate a room for a party. Ribbon is sold in rolls of 25M each.

What is the least number of rolls of ribbon that Jess needs to buy?

Answer: At least 10 rolls of ribbon.

If your answer was 9, you’re not alone.

A common mistake is to do the following:

However, the trick to solving the problem lies in some CrEaTiVe thinking. For starters, students must come to the realisation that each ribbon roll is going to have a small portion that is unused and discarded.

Here, it becomes clear that 0.72M is the remaining “scrap” from each roll which cannot be used to make a 1.1M piece of ribbon. We also now know that 22 pieces can be made from each roll. So…

One machine took 70 minutes while another took 100 minutes to print the same number of copies of a newsletter. The faster machine printed six more copies of the newsletter per minute than the slower one.

a) The slower machine completed the job at 1PM. At what time did the printing start?
b) What was the total number of copies printed by the two machines?

a) The first answer is pretty easy to get to if I say so myself. All you gotta do is convert 100 minutes into hours, which gives you 1H40M.

From there, work backwards:

Of course, this step is completely unnecessary if you just took 100 minutes off 1PM right off the bat, though younger students might find it easier to do the conversion first.

b) I literally have no idea what’s going on here, so I’ll just refer you to this handy explanation by a smart netizen:

A bakery and a library are 120M apart. They are located between Hong’s house and Jeya’s house, as shown below. The bakery is exactly halfway between the two houses.

One day, Hong and Jeya started cycling from their houses at the same time and they arrived at the library together. Jeya cycled at 70M/minute while Hong cycled 15M/minute faster than Jeya.

a) How much further did Hong cycle than Jeya?
b) How far is Jeya’s house from the library? 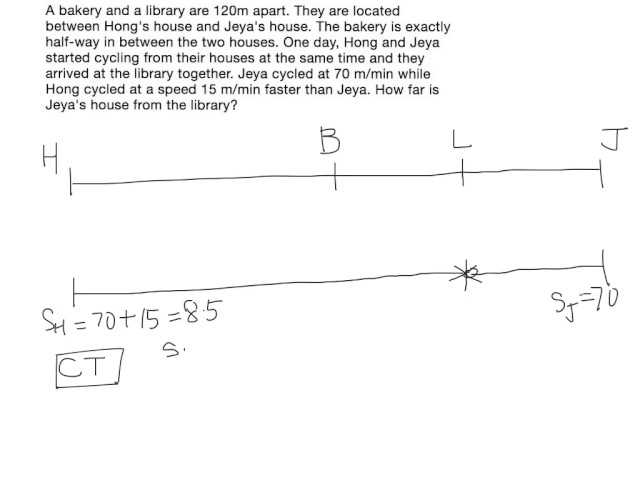 How many sweets did Ken buy? 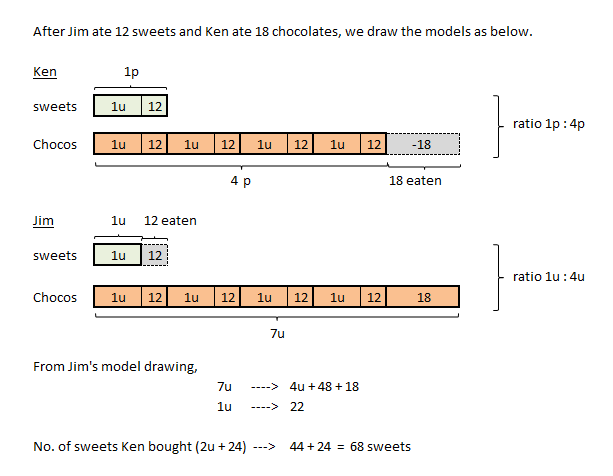 Typo note: The ratio for Jim’s model should be 1u:7u, not 1u:4u.
I did not come to that conclusion myself. The person who actually did the maths did.
Image adapted from: Simon Teh/Onsponge

How heavy are eight $1 Singapore coins?

I ain’t kidding, but the most important concept you’ll need to answer this question is…common sense. Oof.

The question relied on students being able to logically deduce that one coin would probably weigh no more than six grams, thus 10 coins being 60G in total.

We’re almost at the end, my friend. Here is a photo of our office cat Pika to calm you down and give you some time to regenerate your entire brain: 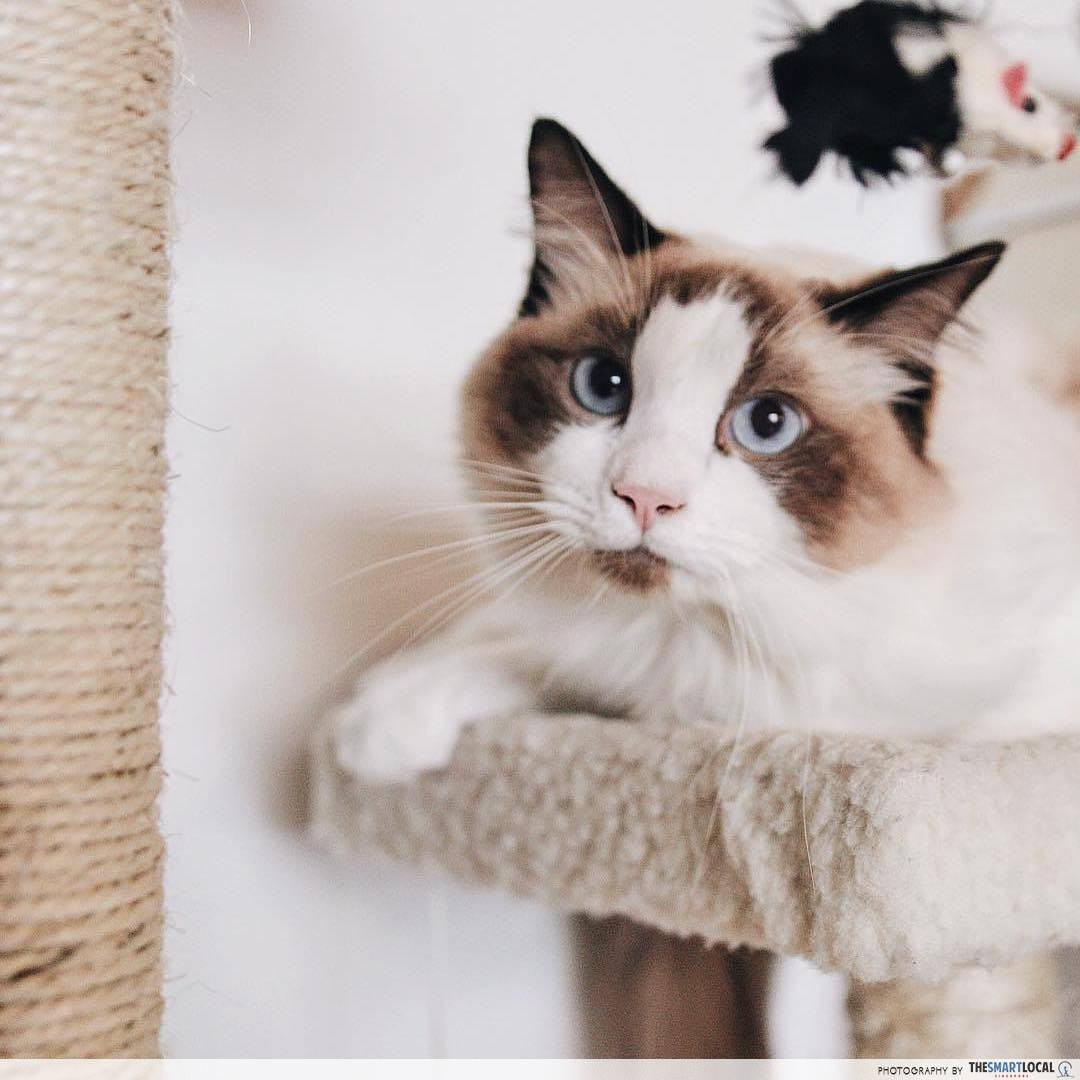 Lucky kitty never has to do a single maths question in her freaking life. Oh, to be a cat.

2019’s PSLE paper was so wretched, we’re dedicating a whole section to it.

This paper actually made quite the wave, with parents taking to social media to complain about their children leaving the exam hall in tears. Here are three standout questions that’ll help you understand why: 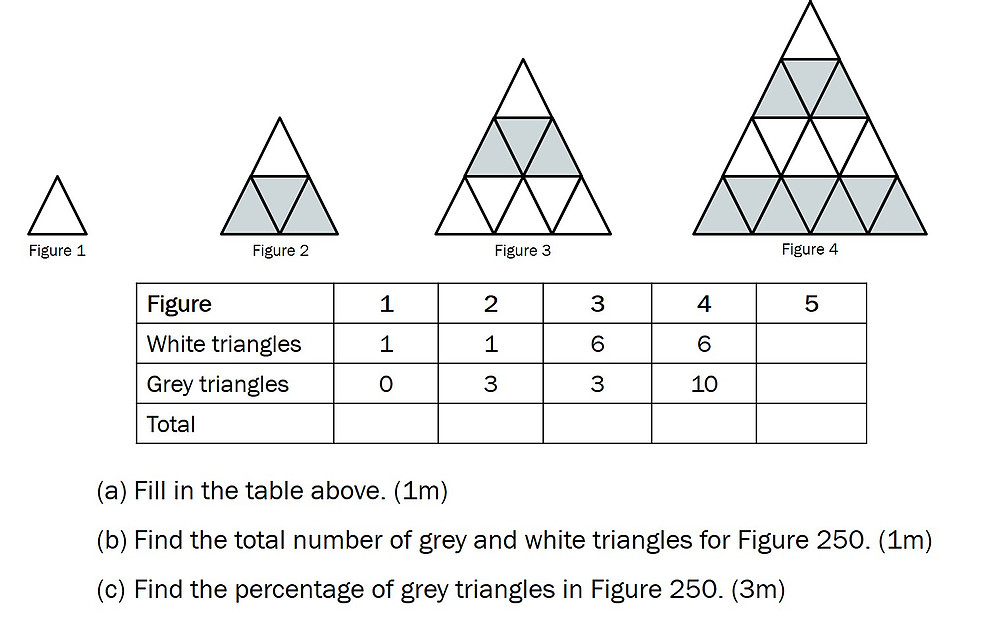 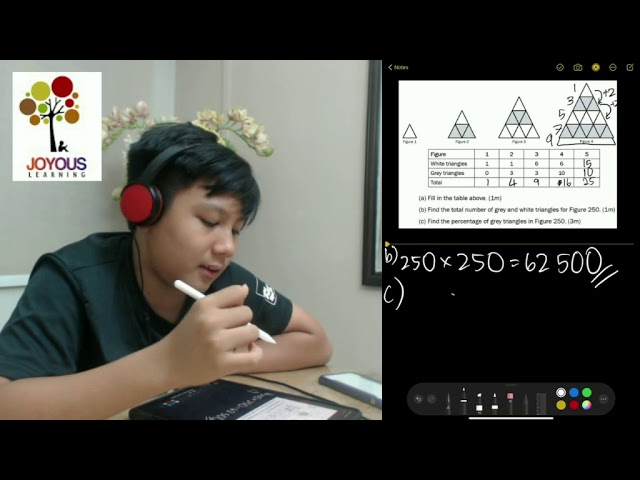 This kiddo gets it.

After analysing the image for 59 hours, I found myself just rearranging the diagram.

Because the semicircles are identical, rearranging them this way makes it easier to see the various lengths and how they correspond to the shapes.

So, in order to find the diameter:

If you’re curious about the other methods that include drawing models and mental visualisation, The Learning Lab breaks it down pretty well.

What fraction of the pupils in Group B are girls?

Step 1: Break down the fraction of girls and boys within the groups at school. 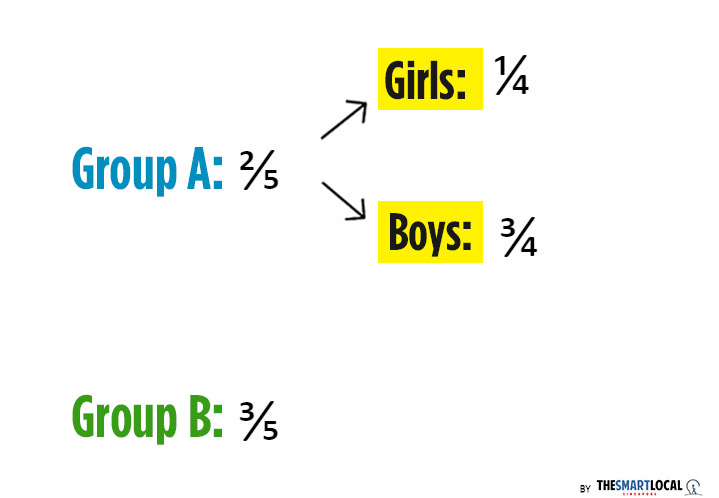 Step 2: Calculate the fraction of girls in both groups. We also know that ³⁄₁₀ of the pupils in the entire school are girls, which we can use to figure out how many of them are in Group B. 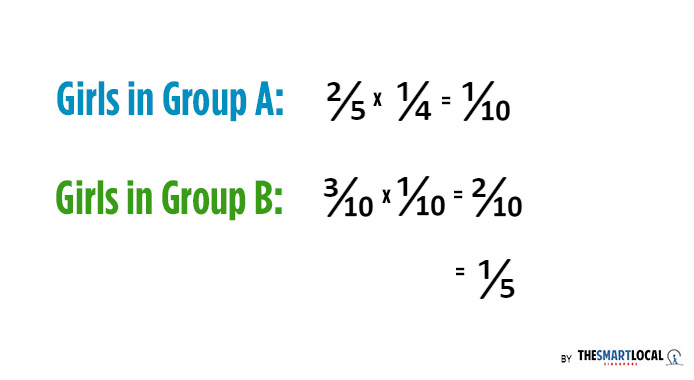 Step 3: Now, all we have to do is to work backwards in order to find out the fraction of girls within Group B itself – let’s call this X. 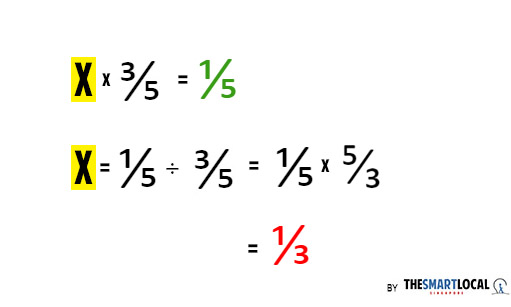 Albert and Bernard have just become friends with Cheryl, and they want to know when her birthday is. Cheryl gives them a list of 10 possible dates:

Cheryl then tells Albert and Bernard separately the month and the day of her birthday respectively.

So when is Cheryl’s birthday? 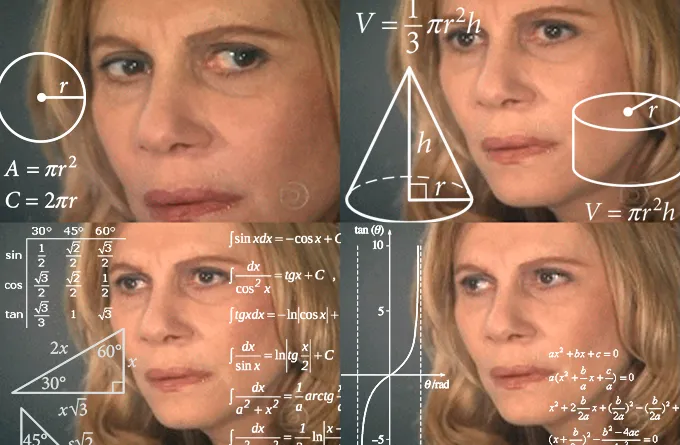 Let’s take a look at the first statement.

Albert: I don’t know when Cheryl’s birthday is, but I know that Bernard doesn’t know either.

By saying that Bernard has no idea of Cheryl’s birthday, we can begin the process of elimination. The only way for him to know would have been if Cheryl had given him the numbers 18 or 19, which only appeared once in the list. As such, 18th June and 19th May are out.

With Albert confirming that Bernard mustn’t have known the answer, we can cross out May or June from the list too.

Bernard: At first I didn’t know when Cheryl’s birthday was, but I know now.

Next, we gotta remove the repeated days from the list – 14 – as we can safely conclude that Cheryl’s birthday must fall on a unique date for Bernard to have been able to figure it out.

We are now left with the following dates:

Albert: Then I also know when Cheryl’s birthday is.

Albert would have known for sure only if he didn’t have to choose between two possible dates – meaning August is out.

And that is why the answer is 16th July.

Thankfully, this was above the grade of our regular PSLE maths questions – instead, it was posed during 2015’s Singapore and Asian Schools Math Olympiad for upper sec students.

Honestly, the real question is: Why is Cheryl like that? If any of your friends decide to pull this on you “for fun”, you deserve better. It’s 2021 and we have no time for toxic friends that give you maths problems.

One time, I almost drove through an ERP gantry without my cash card. But not even that was as scary as some of these questions. It’s true…some of us have a serious case of mathophobia. OK lah, just being dramatic. Maths isn’t the easiest thing on the planet, but practice does make things better – dare I say, fun even.

If you’ve managed to breeze through these PSLE maths questions and are wondering what the heck all the fuss is about, I bow down to you.

Unless you’re Cheryl. Go away, Cheryl.

Check out more articles to get better at maths and other subjects: 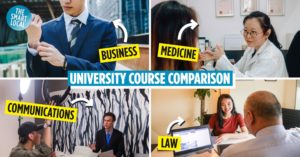 NUS vs NTU vs SMU: Which University In SG To Pick Based On The Course You're Keen On
9 Best Non-Slip Yoga Mats In Singapore For Even The Most Sweaty Workouts 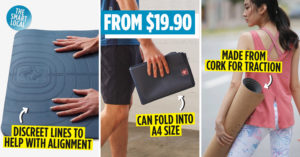