Walking the Pipeline Trail in Singapore

Hiking in Singapore is often about following paved trails and immersing oneself in Mother Nature. But if you’re someone who prefers to take the road less travelled a la Robert Frost, then perhaps the Pipeline Trail will appeal to you.

Starting from Woodlands and going all the way to Bukit Timah, this 10KM trail is full of unpaved paths, mini hills, and of course, the titular pipes themselves. So bring along some sunscreen, your water bottles, and mosquito repellent as we walk you through how to navigate the Pipeline Trail.

For other hiking spots in Singapore, check out:

Flag off at Woodlands 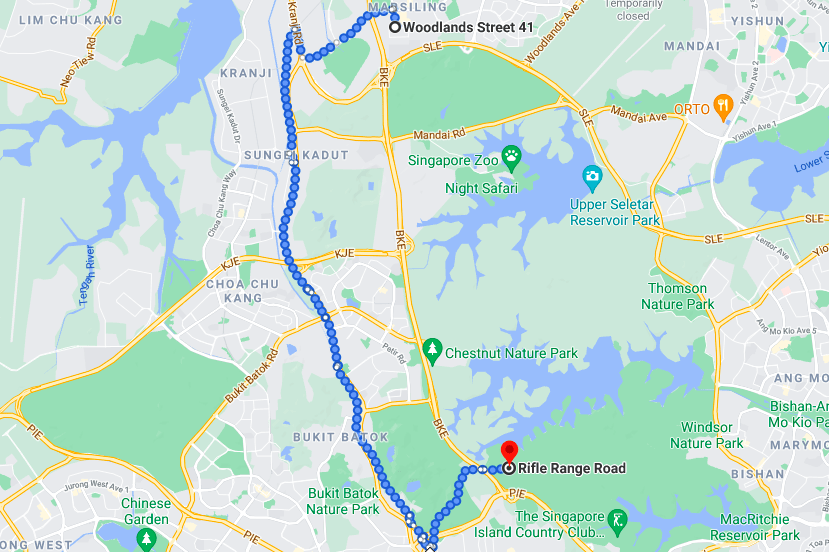 Because the trail has a mix of urban and nature hiking, there isn’t a designated start point for it per se. Many hikers would recommend starting off at Woodlands Street 41, and you can get there easily via Marsiling MRT or Woodlands MRT.

We’d suggest starting off from Marsiling MRT instead, which has a conveniently-located FairPrice so you can stock up on drinks and snacks. Trust me, you’d want to bring along plenty of water as the trail is mostly unshaded and the sun might be unforgiving. 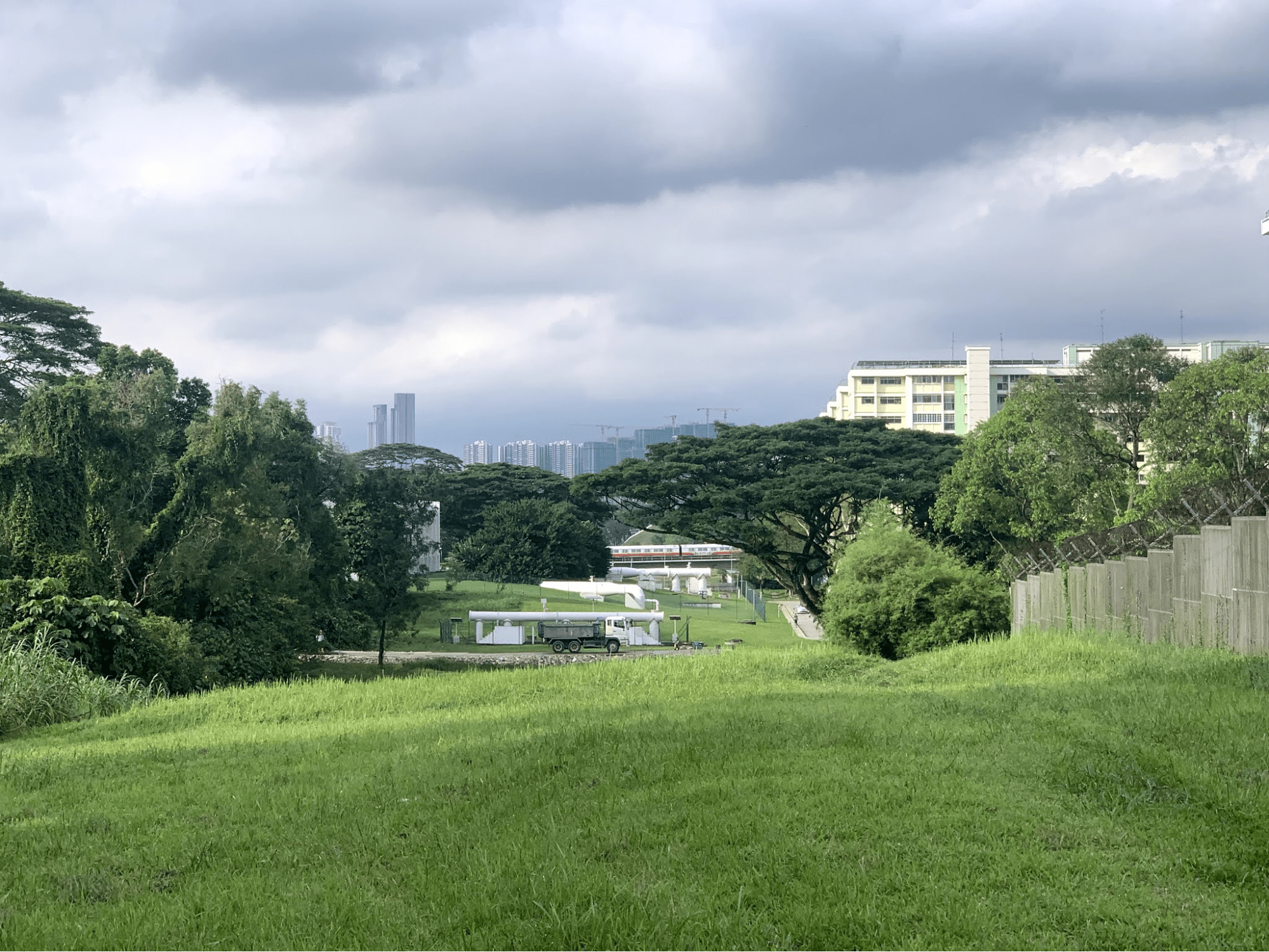 To access the trail, walk along Street 41 until you see a fence opposite Block 413A. From there, you’ll see a pathway running alongside it, which is where you want to kick off your adventure. 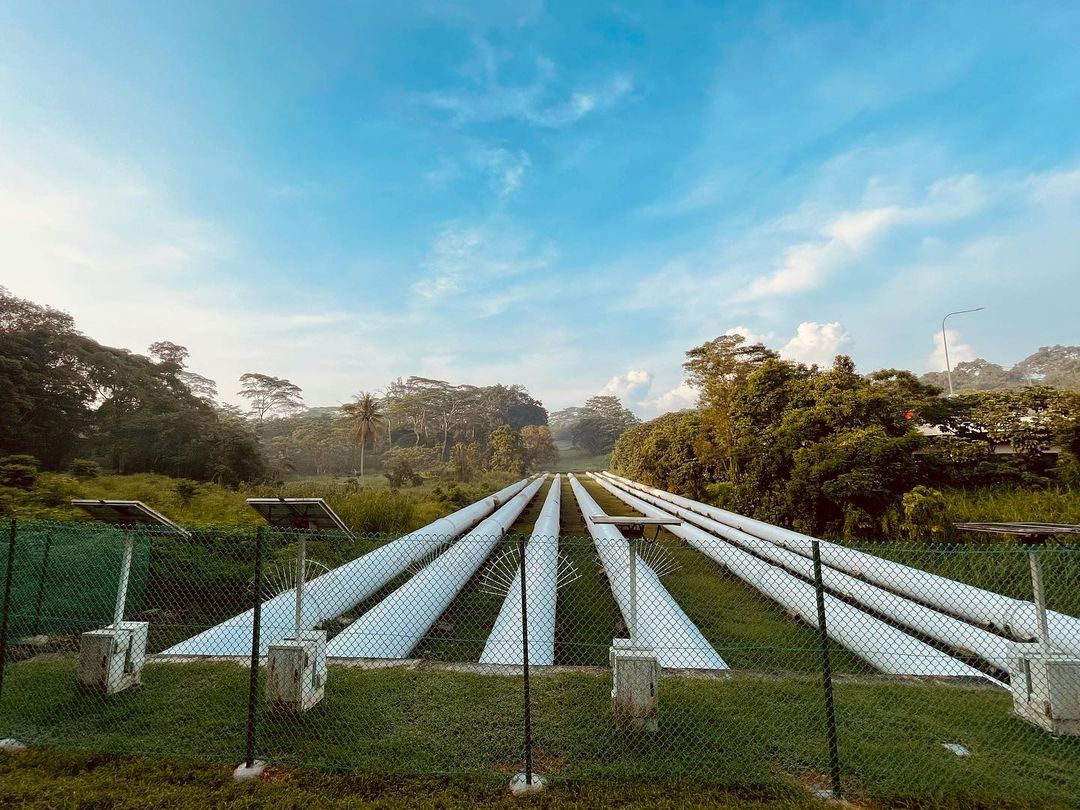 The trail is full of ups and downs, and I don’t mean that in a metaphorical sense. While the slopes are not too steep or dangerous, it’s important to be cautious when navigating this hilly path. It won’t be long before you come across the eponymous pipelines of this trail.

The pipelines have a large diameter, and standing next to them will definitely make for a unique photo op. Do note that it’s not recommended to climb on top of the pipes, as you could slip and fall or damage the pipes.

Continue following the pipelines in order to stay on track. It should be pretty hard to get lost as this part of the trail runs along Bukit Timah Expressway (BKE) in a fairly straight line. The lack of trees overhead would mean that you’re at the mercy of the elements, so bring along a cap and an umbrella, and slap on some sunscreen. 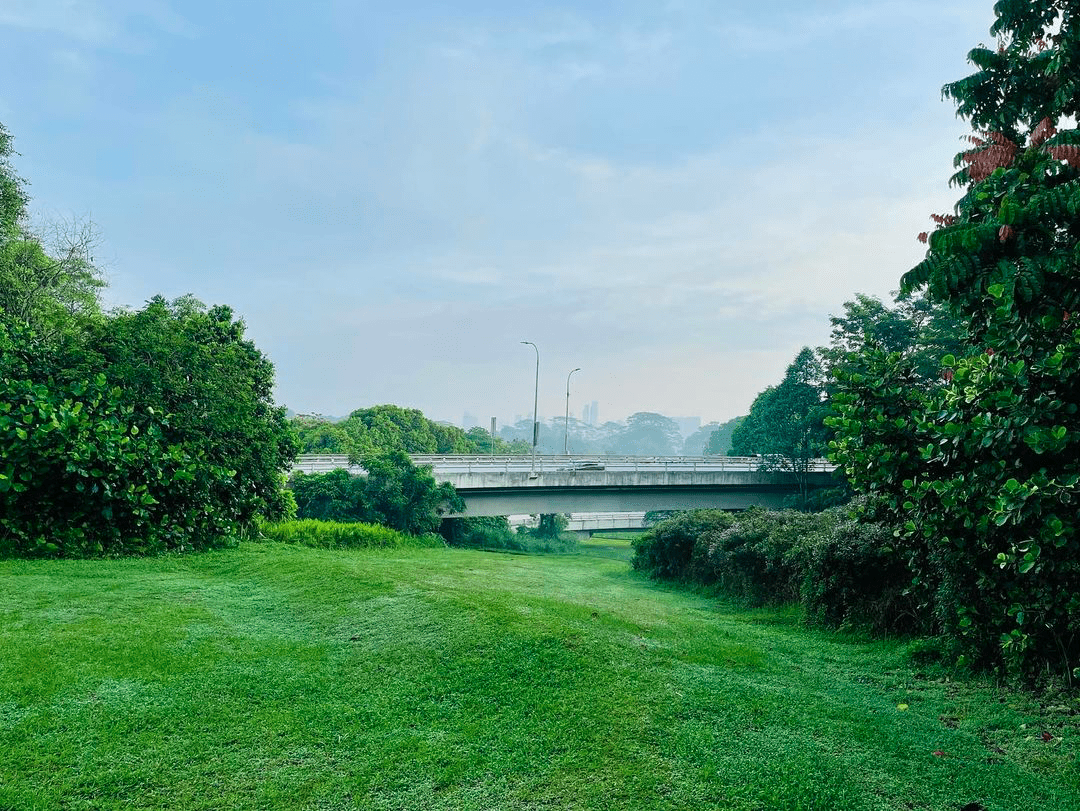 The pipelines are not visible all the time throughout this trail as they snake and burrow their way throughout, only popping up at certain locations. After crossing underneath Seletar Expressway (SLE), you should be greeted with your second set of pipelines. This is followed by another slightly steeper climb as you head towards Mandai Road. 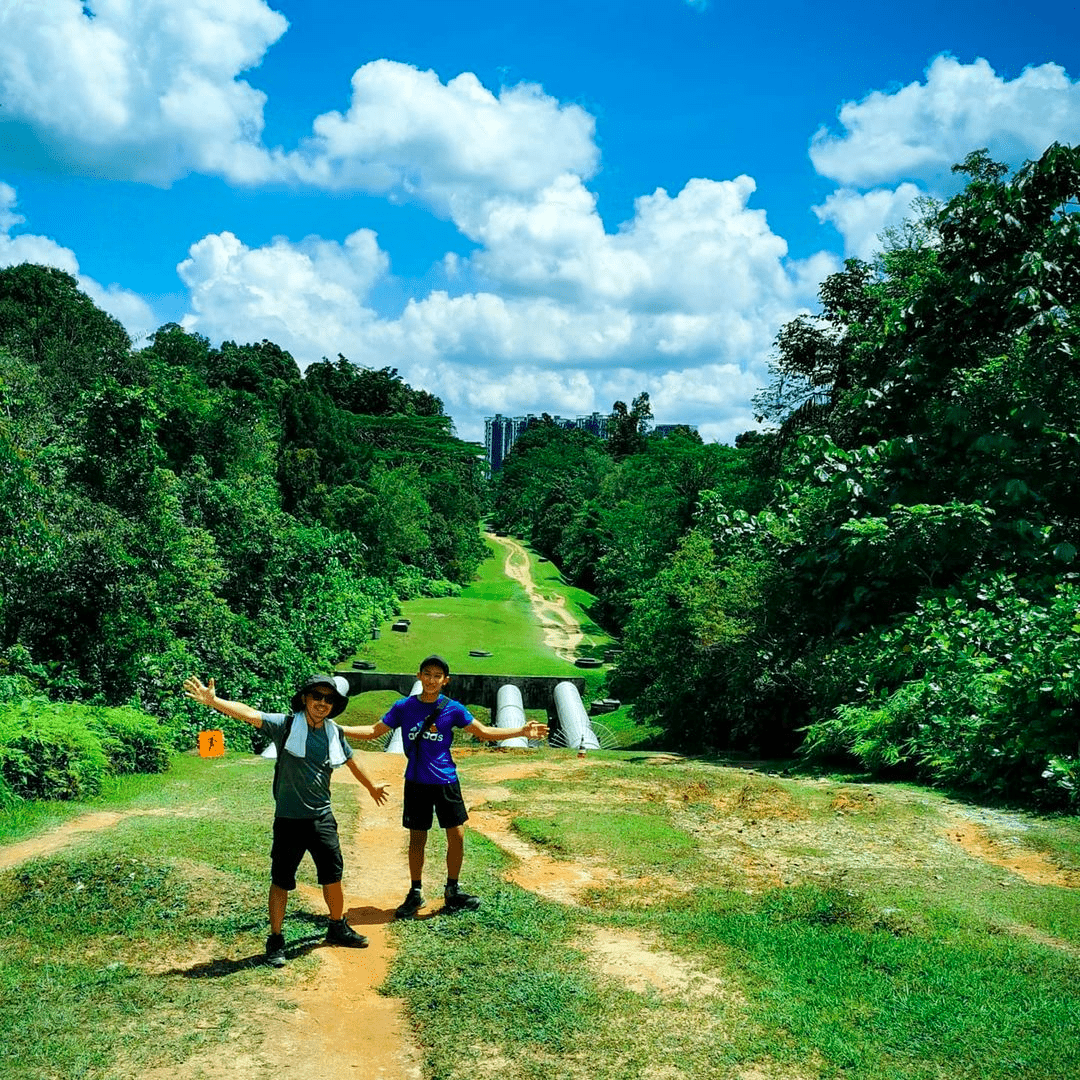 Take a short break on top of the hill and admire the view
Image credit: @cykiclee

At this point you should be near the halfway point of the trail. The pipelines will direct you towards BKE briefly before opening up and leading you to – you guessed it – yet another expressway. This time, you’ll pass under the Kranji Expressway (KJE) and be greeted by civilisation at Bukit Panjang.

Take this chance to catch a breather if you haven’t. There is a coffee shop at Zhenghua Community Club where you can stop for some tea and recharge for the next half of the trail. Additionally, a Sheng Siong is located near the community club should you need to restock on snacks and water. 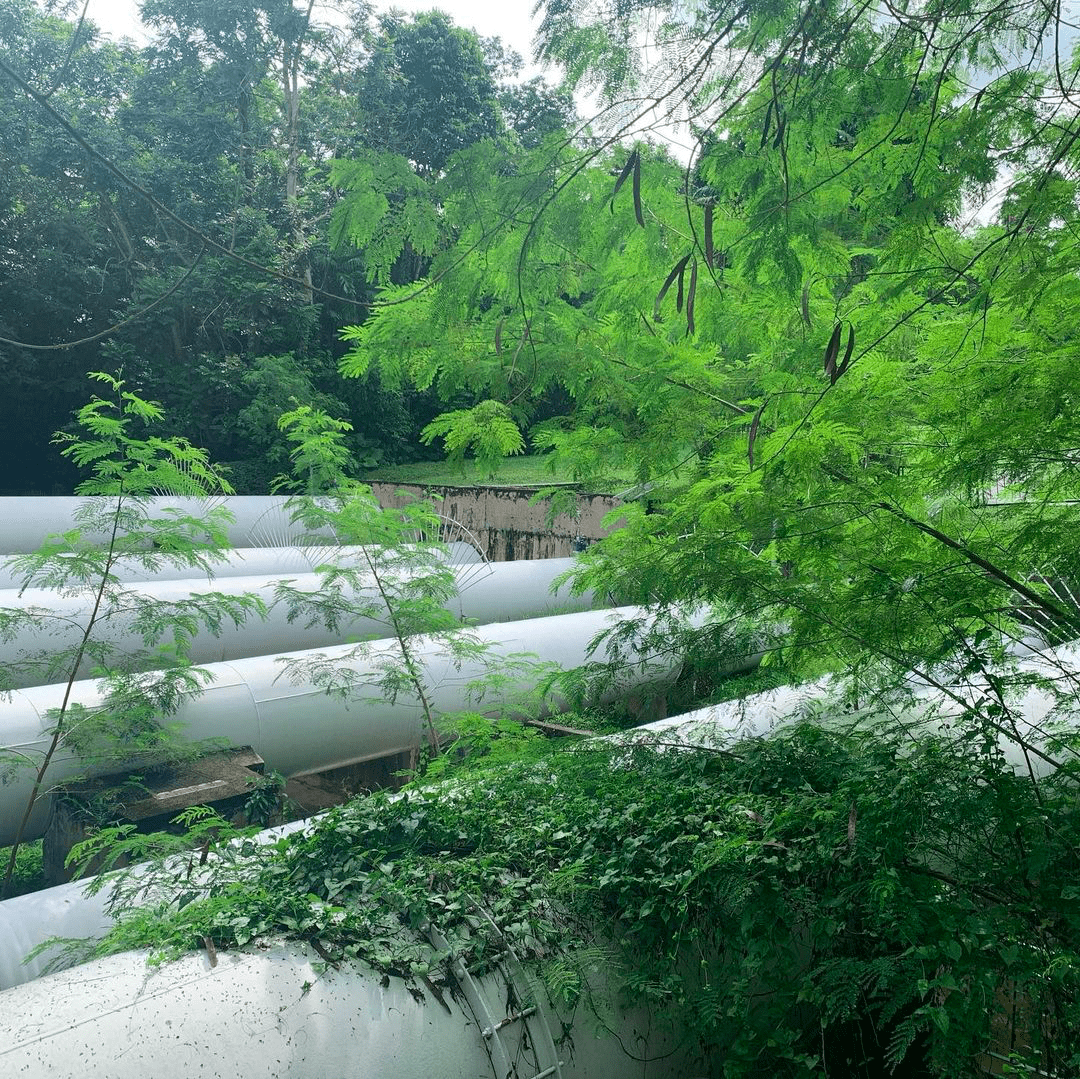 You can still see parts of the pipeline from Zhenghua Park
Image credit: @stephyquack

Head back towards BKE and you’ll see a park connector that leads to Zhenghua Park. Keep heading southwards towards Greenwich Secondary School – this means that you are on the right track. This part of the trail is shaded and will provide hikers a short respite from the scorching heat. 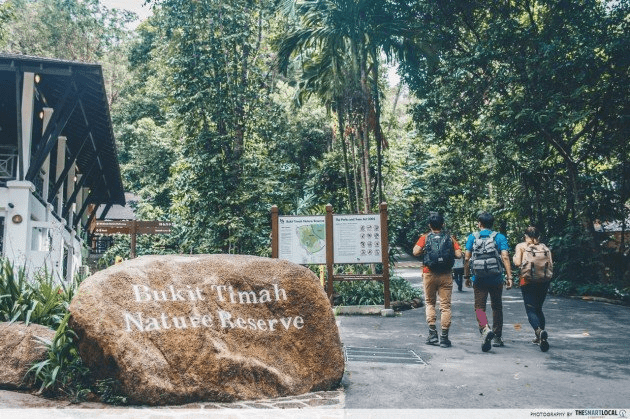 Once you pass Chestnut Nature Park, you should cross Dairy Farm Road which means that you are essentially in Bukit Timah Nature Reserve. Say hello to civilisation again, because you’ll likely come across other hiking enthusiasts climbing the ever popular Bukit Timah Hill.

If you’ve been following the park connector all along, you can rejoin the pipeline trail at Rifle Range Road. This should complete your 10KM journey from Woodlands all the way to Bukit Timah and slightly beyond. From Rifle Range Road you can head back to Bukit Timah Nature Reserve and catch the train from Beauty World MRT Station. 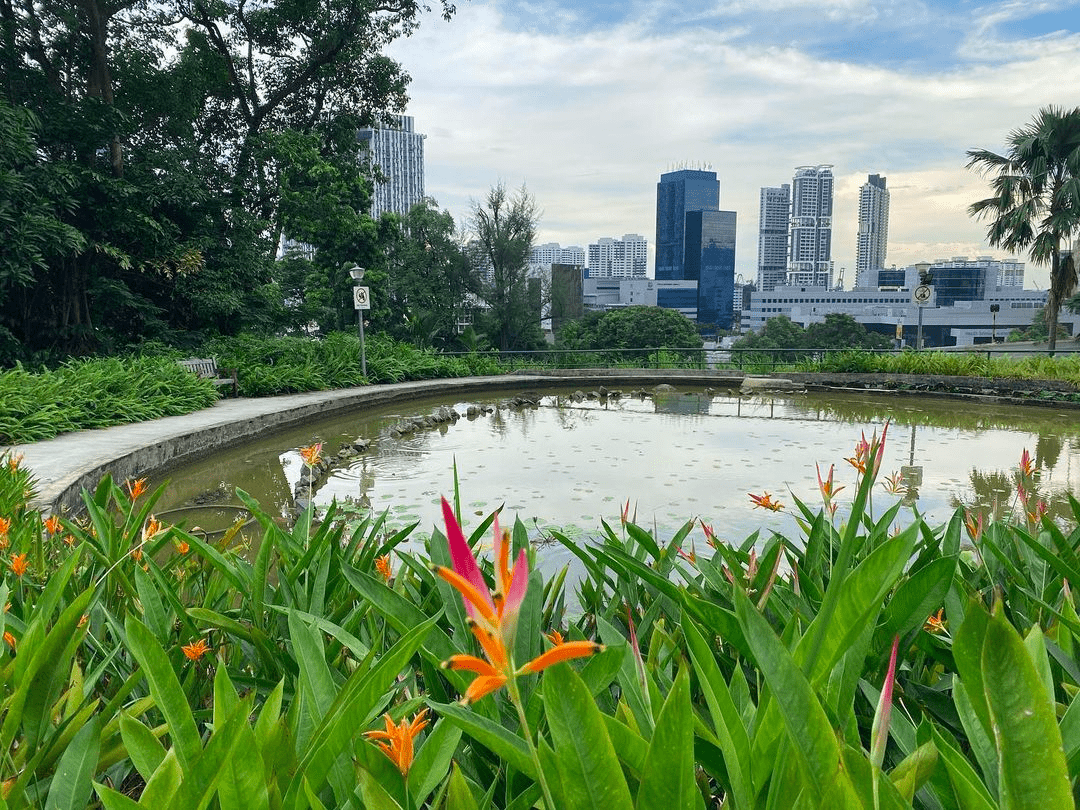 There’s actually a Southern part of the pipeline trail that traces the pipes all the way to Pearl’s Hill City Park near Chinatown. This was built on top of the reservoir where potable water from Malaysia was first piped in back in 1929.

Should you choose to continue on from Rifle Range Road all the way to Chinatown, you would’ve clocked in a staggering 22KM, almost as much as a BMT route march. This is a whole-day hiking trail for the iron man looking for a tough challenge.

For those who are used to pre-planned hiking routes, consider mapping out your own path with the Pipeline Trail. After all, it’s not everyday that you get to see water pipes that are at least 20 times larger than the ones at home. Take this opportunity to snap one-of-a-kind photos and clock in a good workout on this cross-island hike.

Do remember to practice safe distancing and to avoid littering and walking on the pipes.

For more hiking trails, check out: 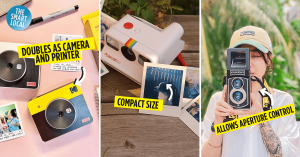 9 Instant Cameras From Polaroids To Lomo Cams To Document Your Memories In Film
This Free Career Event Lets You Chat With Folks From In-Demand Fields To Find Your... 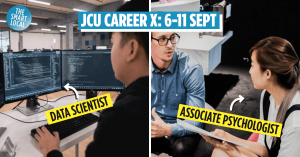