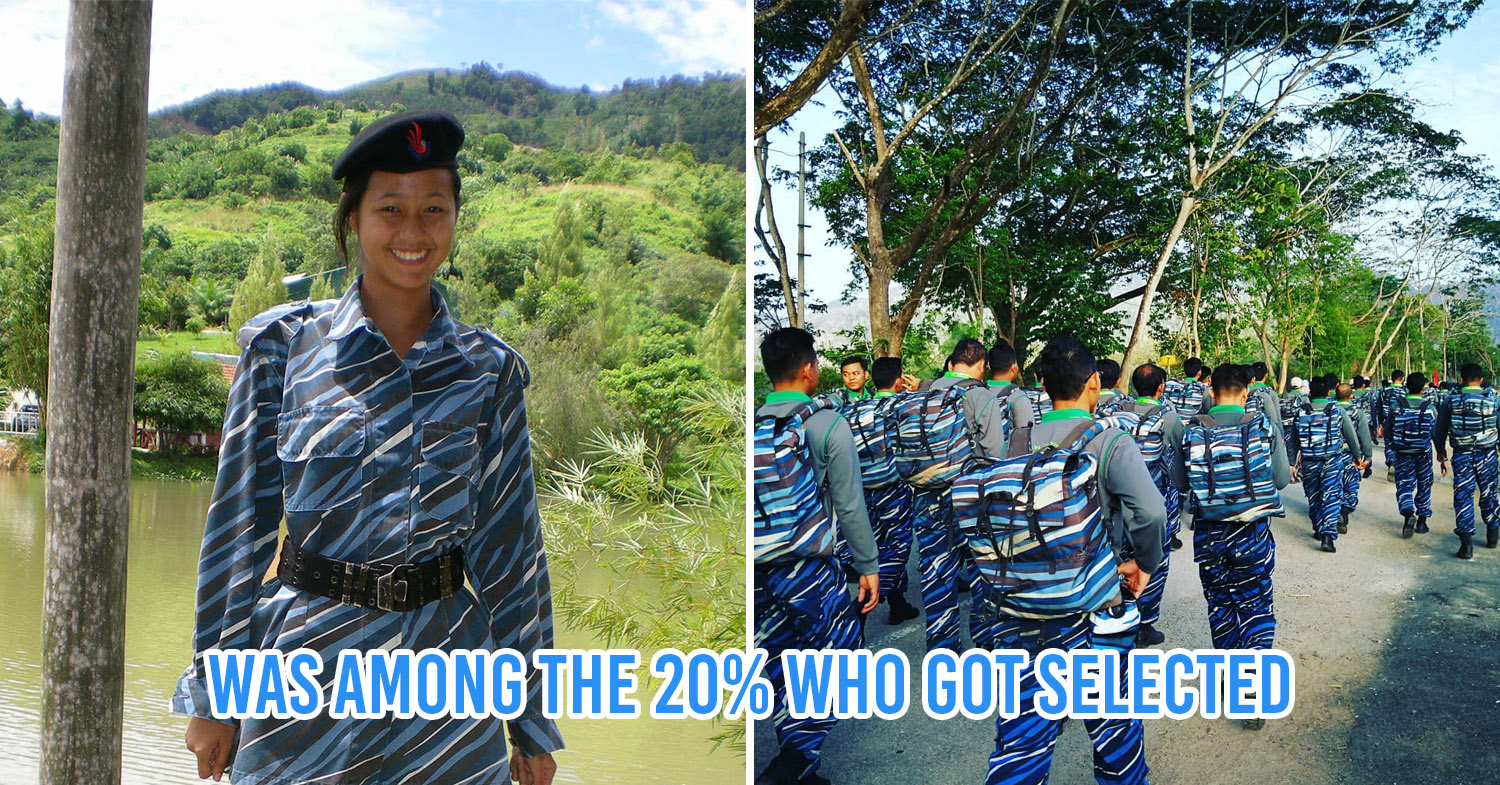 Bring up the topic of Malaysian NS and a lot of locals would tell you they’d forgotten it even existed. It’s hard to believe then, that NS – officially known as Program Latihan Khidmat Negara – was actually around for about 15 years.

But throughout its existence, the programme was filled with controversy – trainee deaths and mistreatment being the most concerning of all. The government ended up halting the programme for a year in 2015, but this was to cut spending. They tried reintroducing it in 2016 before finally calling it quits in 2018.

Yours truly was one of the lucky few who got to attend NS and experience it in its first few years. And I can vouch for the fact that it really wasn’t that bad. Here’s what my experience was like: 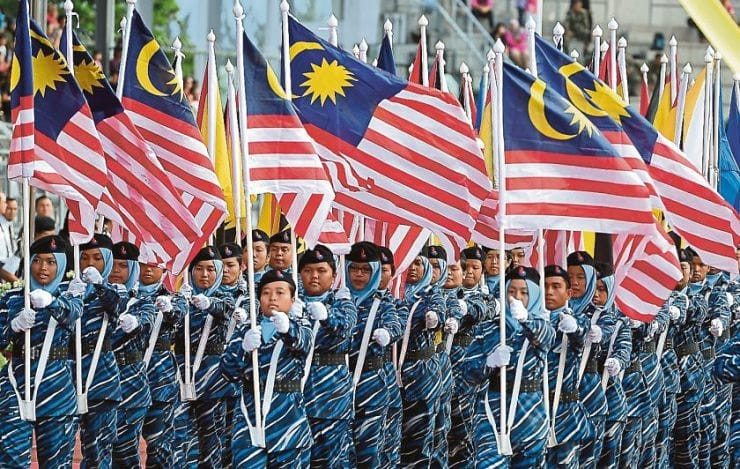 When the programme kickstarted in 2004, it caused a massive hoo-ha amongst concerned parents and teens alike. After all, most school-leavers were dreading having to get down and dirty like they do in Singapore and South Korea.

Each year, about 20% of Malaysian 18-year-olds were randomly and automatically drafted, and it didn’t matter if you were male or female.Trainees were plopped into about 80 camps around Malaysia for 3 months straight, and earned a total allowance of RM300 for the entire duration.

The big idea was for youths of different races and backgrounds to bond over patriotism and community conscientiousness, while developing positive characteristics.

Getting selected for NS 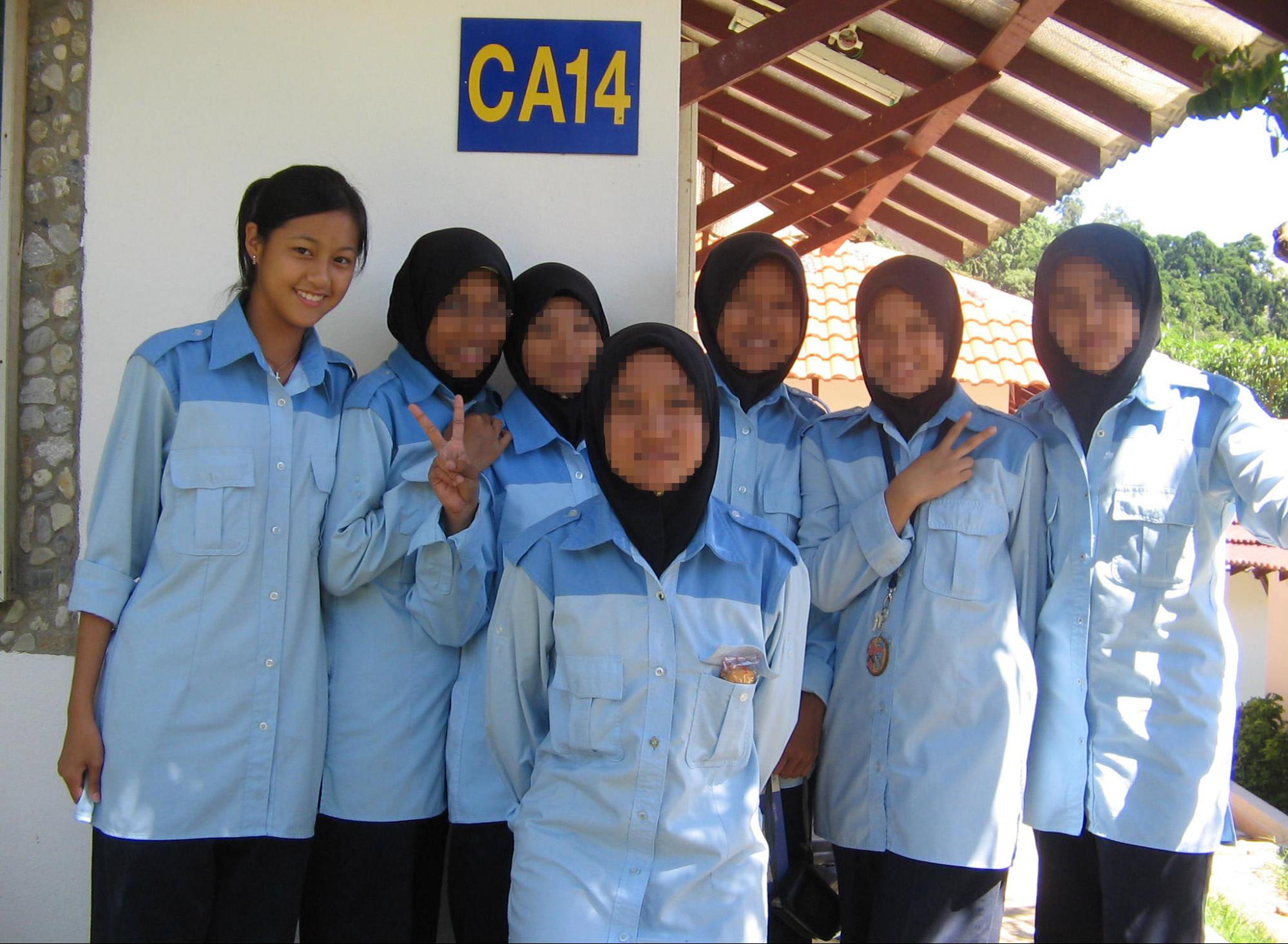 Me and my dorm mates, wearing our classroom uniforms.
Image credit: Jessica Fang

It’s one of those things – just when you’d think you could maaaybe be among the lucky 80% who wouldn’t get selected for NS, life has greater plans for you. When NS was about to enter its 4th year, I was one of the 100,000 teens who were conscripted to the 2007 batch.

Within the next couple of weeks I was sent an official letter, and everything was set in stone. I was drafted to the 2nd batch of the year that began in April 2007, which meant I had to delay applications for furthering my studies.

Now, attendance was supposedly compulsory, but due to backlash from recruits and parents, many kids managed to squirm out of it. Some faked medical conditions, while others rushed to grab early admission into university to defer the programme. It helped if you had parents who worked in government or law sectors to file the paperwork for you.

I recall the government issuing warnings to those who kept fleeing NS, where they threatened to keep drafting them every year till they go, or even throw them into jail. But to my knowledge, none of that materialised and most who deferred got away scot-free.

Before setting foot into camp, I had imagined the worst: trainees sleeping in tents with no showers, and trudging through mud while getting walloped by trainers.

But here’s the TLDR twist: the entire experience actually turned out to be like a pretty comfortable summer camp. We didn’t even have any scary ghost incidents or unkempt living quarters. 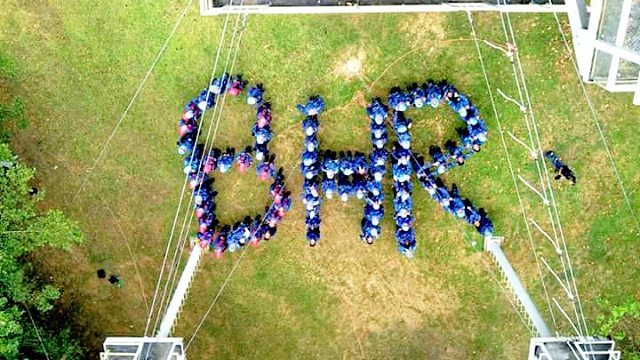 Apparently during the programme’s first 2 years, recruits had to stay in canvas tents outdoors for 2 out of 3 months. But thankfully, by the time my year rolled around, they had fully upgraded to decent dormitories. 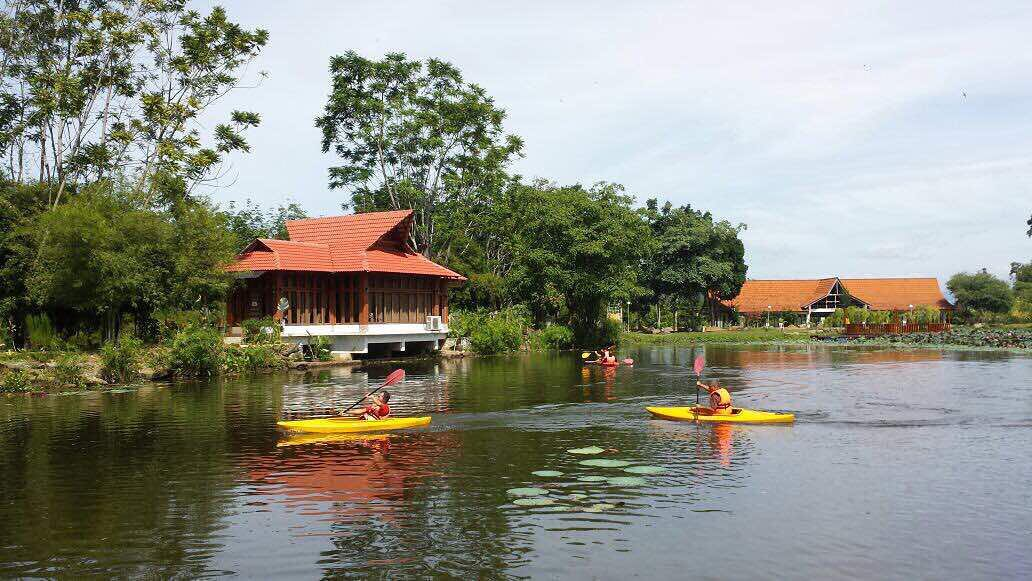 Since the disbandment of NS, my camp has since been transformed into a holiday resort.
Image credit: @benumhillmusangkingresort

Located on a secluded hill in Raub, Pahang, my camp was actually quite pretty – it was the sort of place you’d go to for team-building retreats. It had a lake and walking trails, complete with gorgeous misty mornings and cool, quiet evenings. 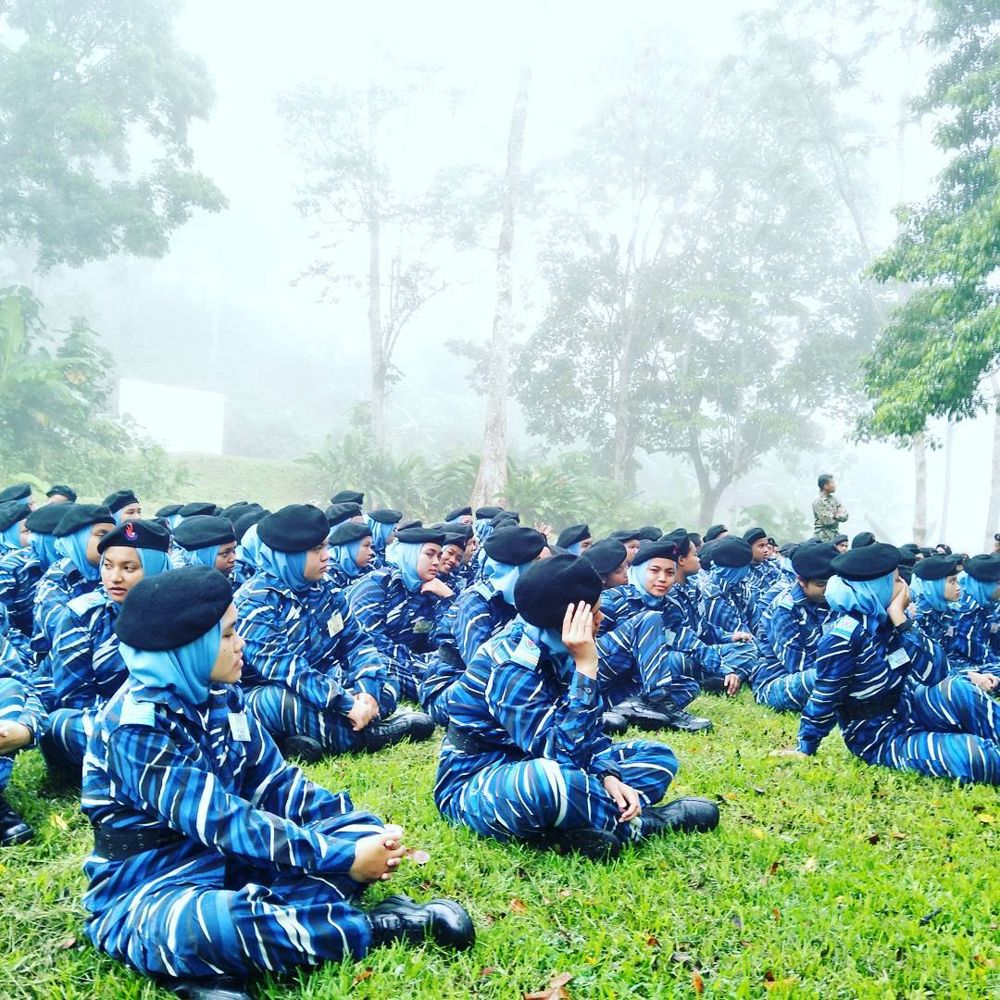 The only thing was, it had 2 types of living quarters: dormitories without toilets, and chalets that came complete with hot showers.

I was among the unlucky half who had to stay in an 8-person dorm that was a good 2-minute walk to the common restrooms. This restroom was devoid of water heaters so I had to suck it up and live with miserable 5AM cold showers. 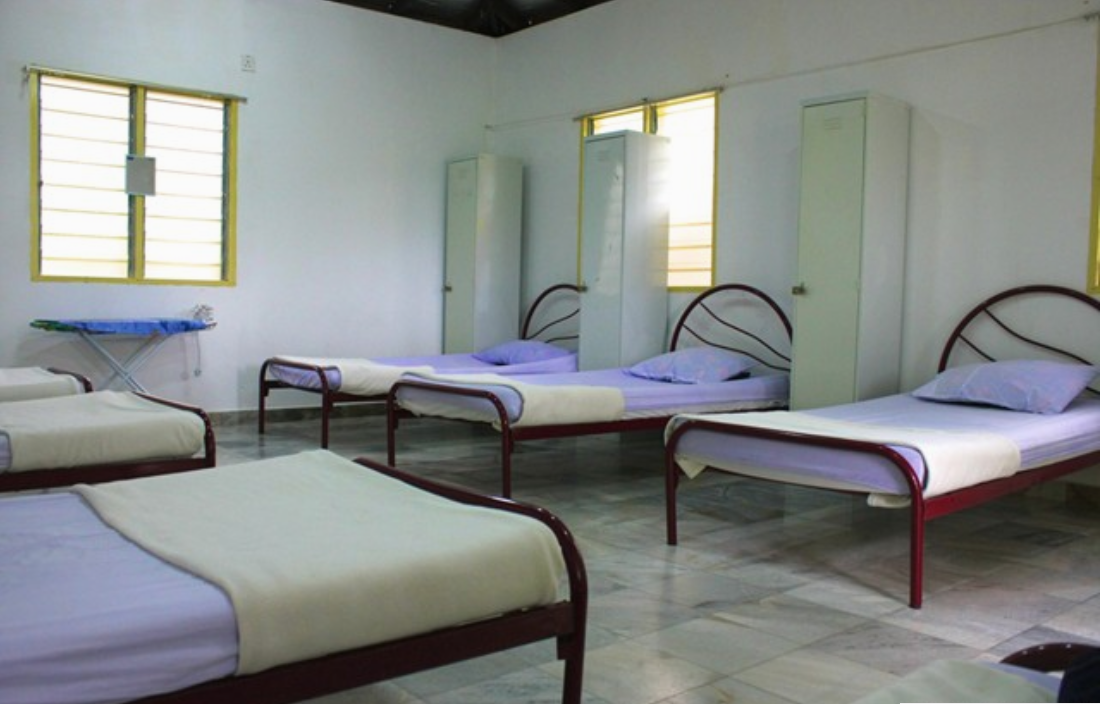 Thankfully, there were things that offered much-needed comfort other than this, namely the yummy camp food.

We were fed 6 times a day: Besides the 3 main meals of the day, we had 2 tea breaks in between, plus supper before lights out. It usually consisted of staples like noodles, bread, rice, chicken curry, all of which were prepared and served by kind volunteers. I actually ended up putting on 5KG because we seemed to be eating non-stop.

We weren’t all that spoilt though – we had to do chores like cleaning up our dorms and classrooms, as well as washing our own dishes and doing laundry by hand. 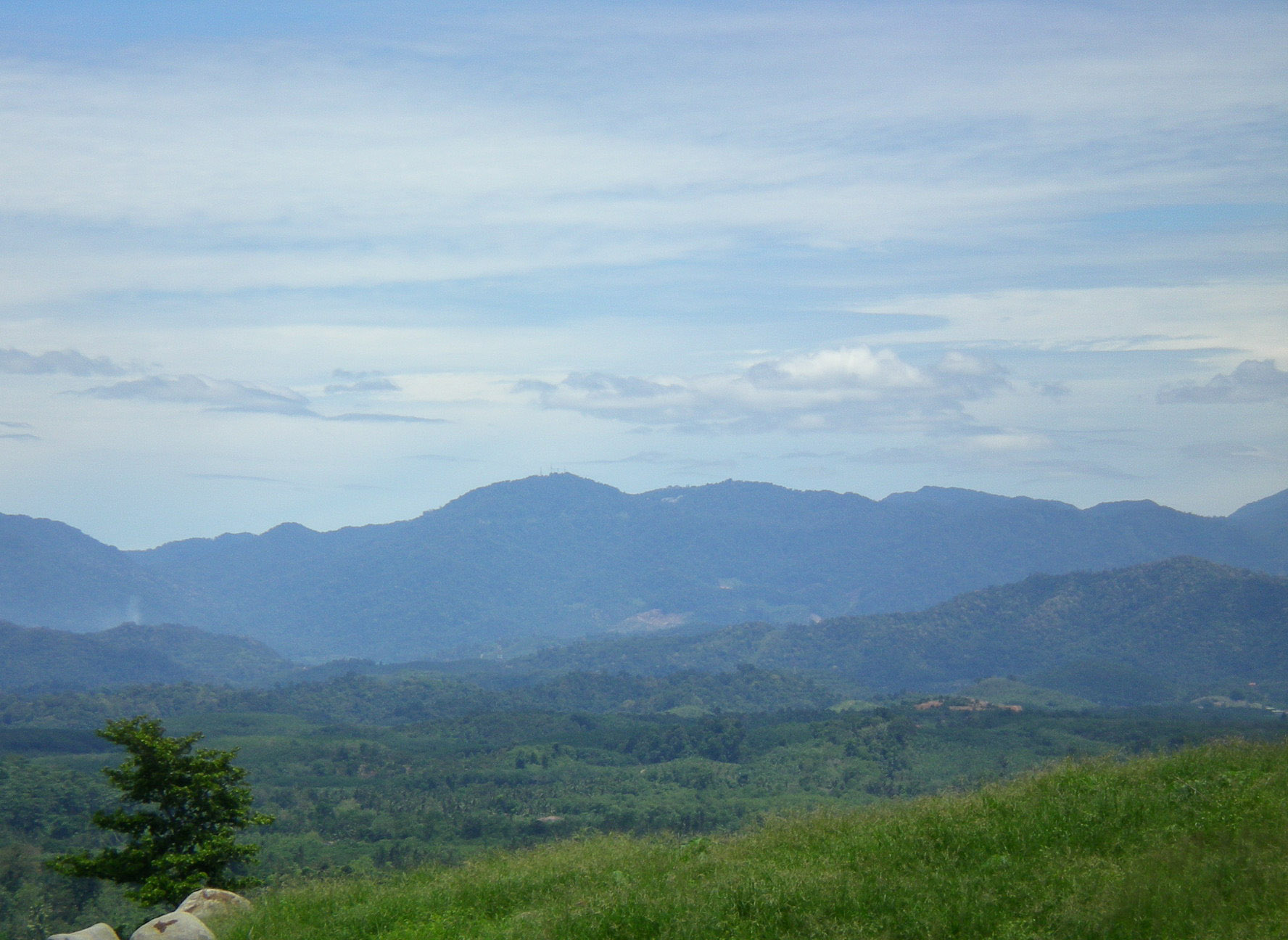 This was our view from the camp grounds
Image credit: Jessica Fang

What we actually did for 3 months

Although most main activities started at 8AM on weekdays, our daily routine always began with 6AM assemblies to sing the national anthem. We’d then do mass workouts where we’d move around to Vanilla Ice’s “Ice Ice Baby”.

Classes and activities usually ended around 3PM, and we’d have a mix of activities like sports or workout groups that were optional. We even had the freedom to chill if we wanted to. 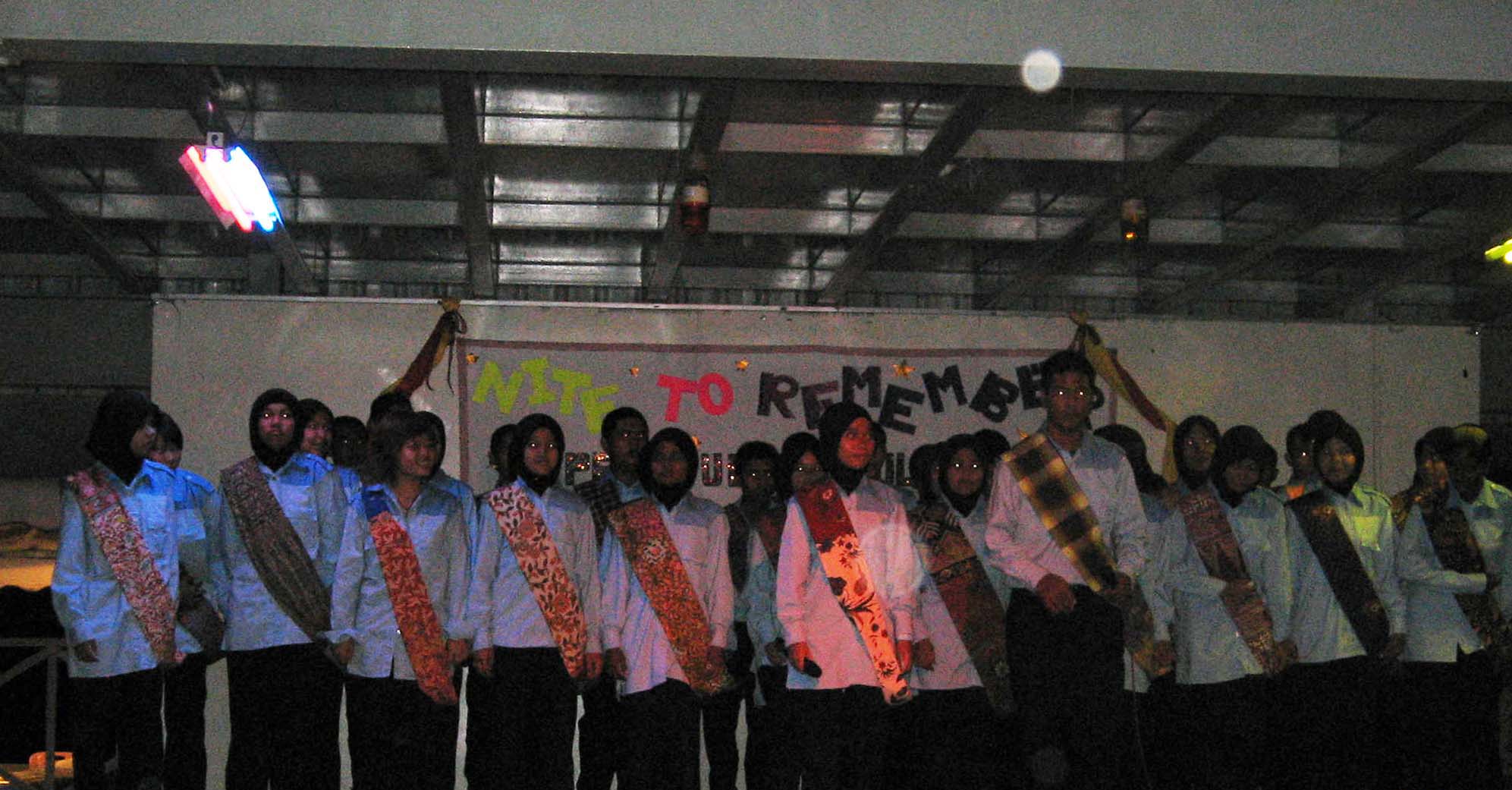 Occasionally we broke away from routine with events like muhibbah multi-cultural parties where we had to prepare performances, or community events like blood drives and talks. 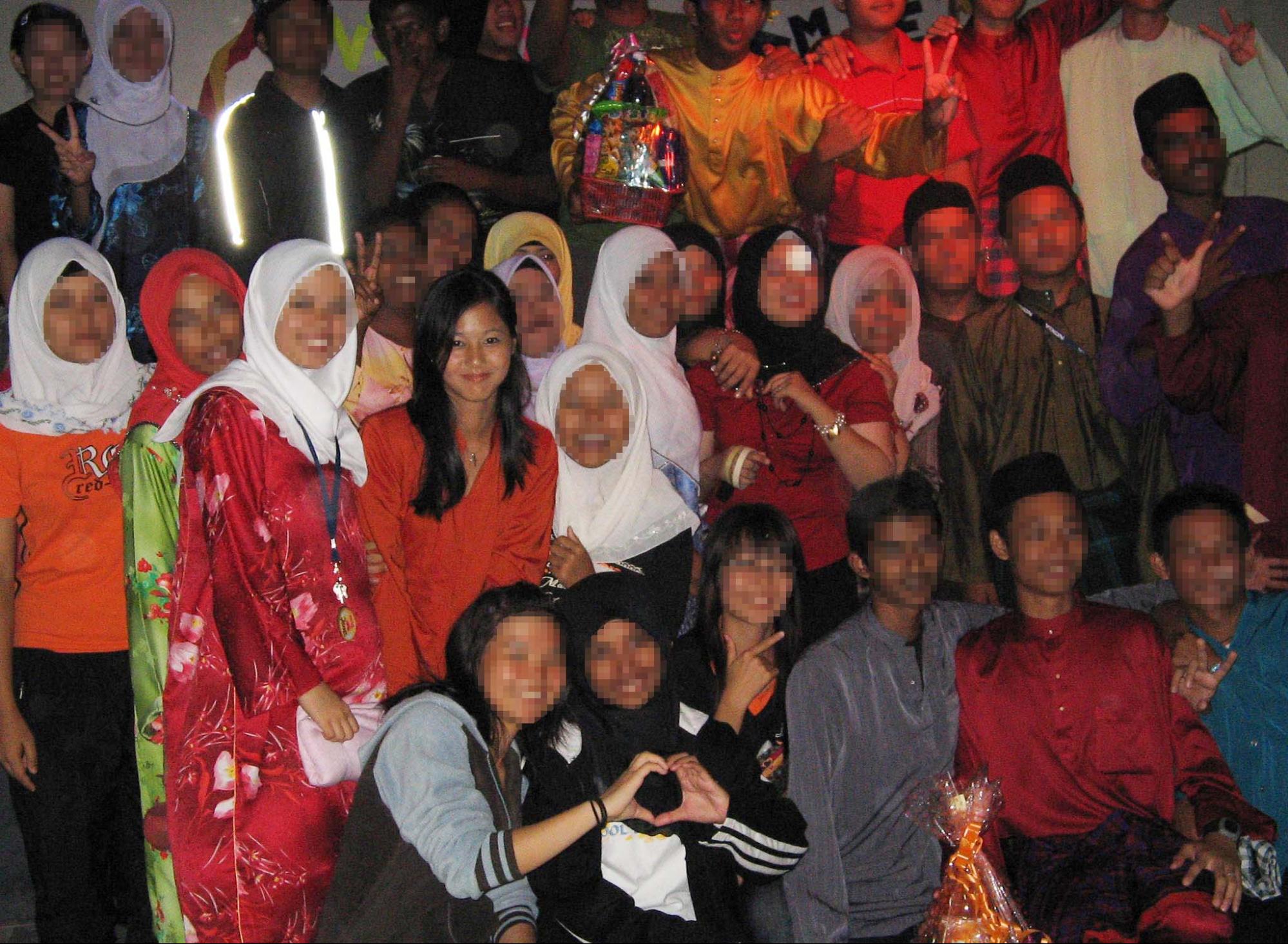 We had a few multi-cultural events as well
Image credit: Jessica Fang 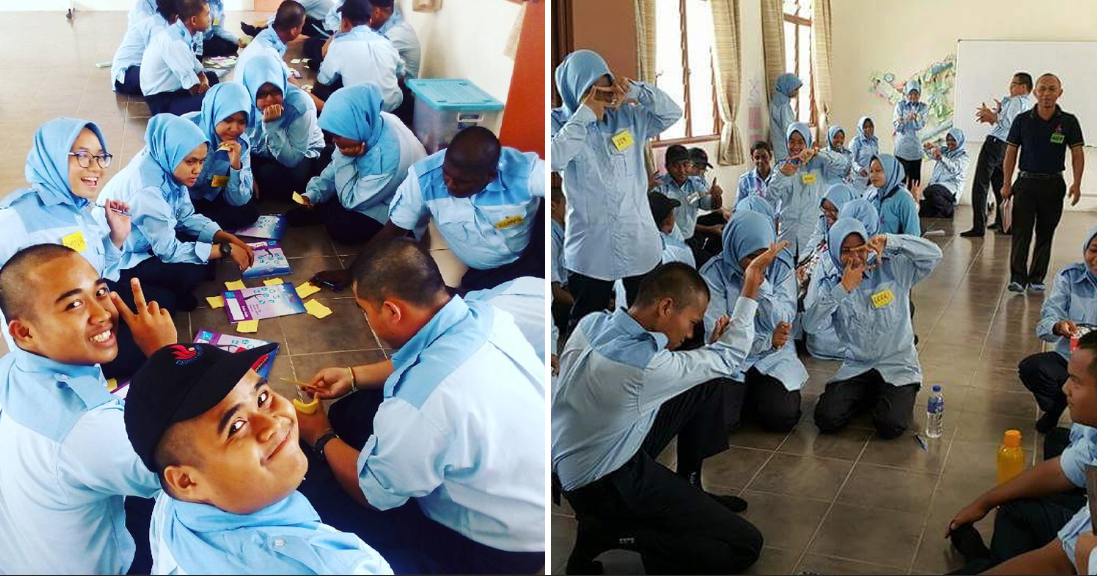 The first month was mostly filled with daily classes where we were split into co-ed groups to do worksheets, or have group discussions, projects and presentations. This was mostly for character-building and to teach us how to be patriotic and how to help local communities. 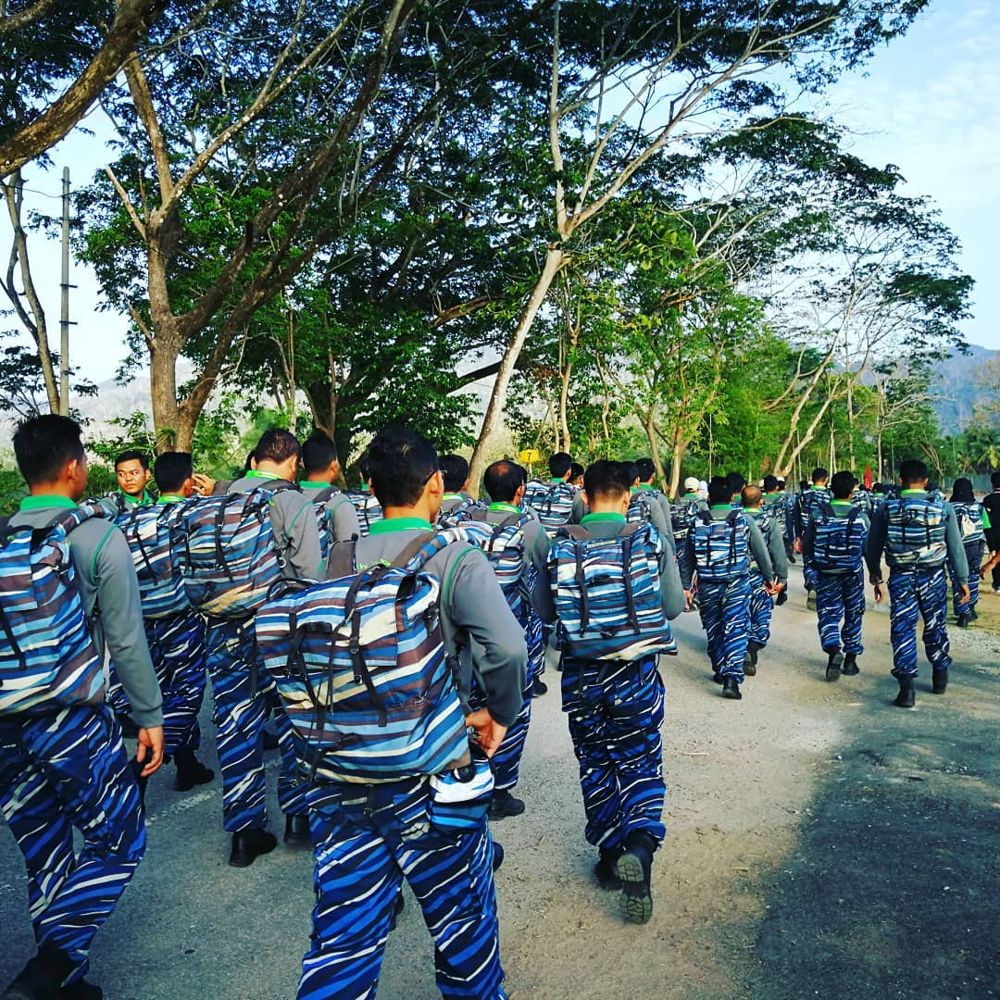 In the 2nd month, we moved towards army-type training: we marched 80% of the time, and had to do obstacle courses, build up our stamina by jogging a lot, and learn how to stand under the sun for 2 hours without fainting.

We did some seemingly hardcore things, but they only happened once: 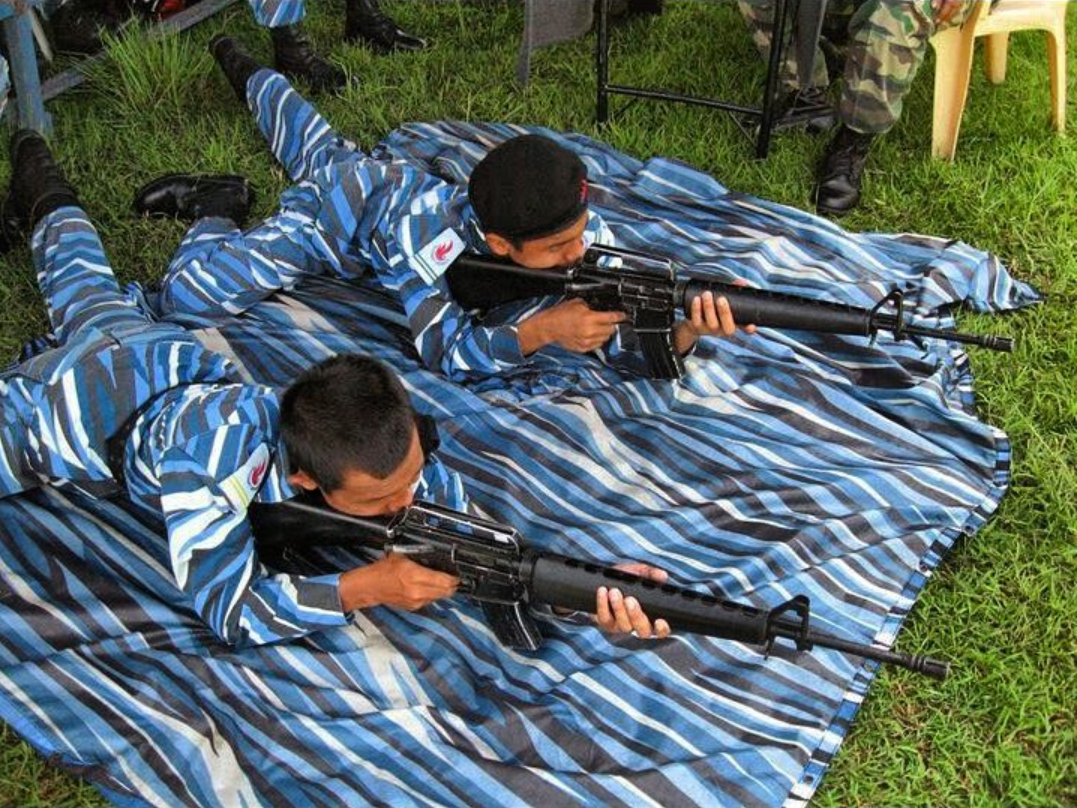 Most of these turned out to be pretty fun rather than rigorous, so it was a positive experience overall. 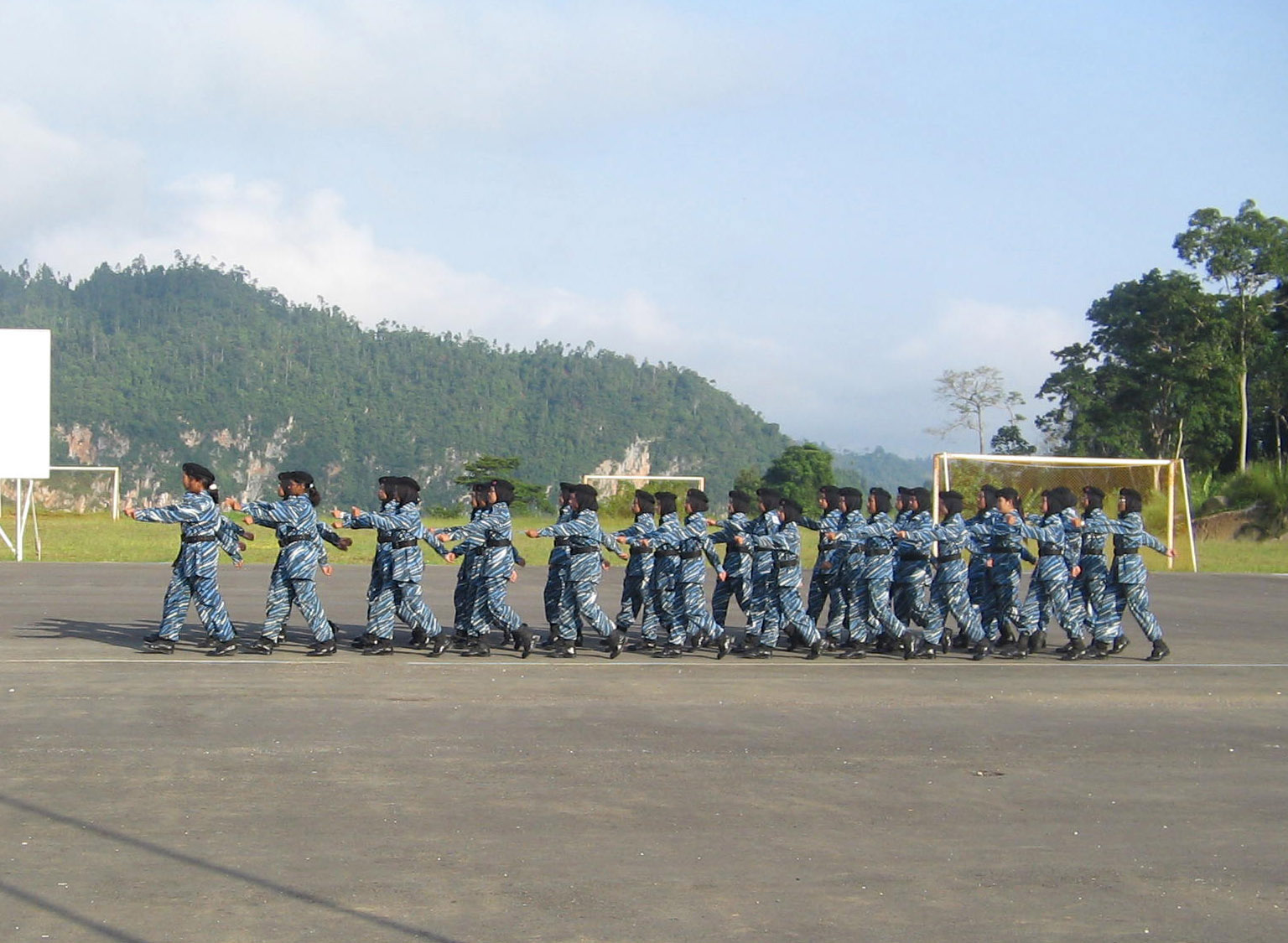 Seriously, it felt like we were marching a majority of the time.
Image credit: Jessica Fang

We also didn’t exactly have ranks like how they do in Singapore. Trainees were referred to as wira and wirawati, which means “hero” and “heroine”.

My camp had about 280 recruits from Kuala Lumpur, Pahang, Kelantan, and Terengganu, and were divided into 4 companies. Each company selected 2 trainees to be Company Commanders, and 2 to be Assistant Company Commanders for each gender. They mostly led our marches.

Along with more marching, I recall doing a ton of community service in the last month. We cleaned up kampungs, visited the elderly, and held activities for local communities. 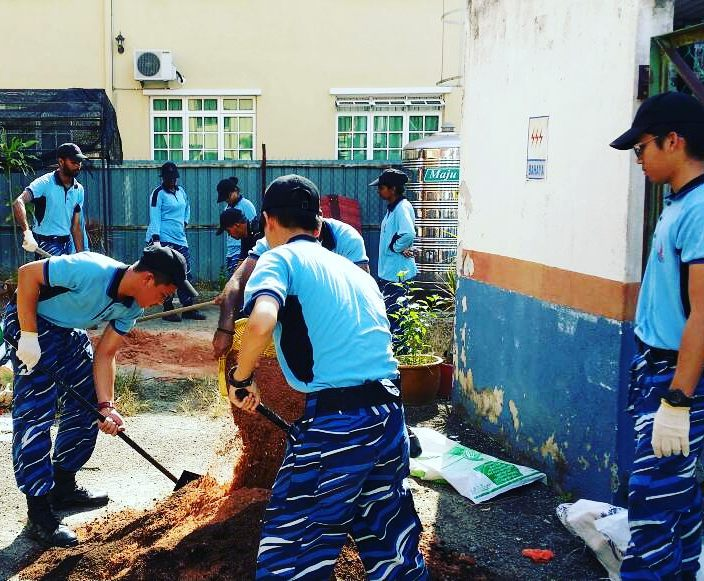 This was probably the most fun part of the programme, because not only did we get to leave camp, we got to mix freely with the opposite sex. The people of these communities were also extremely nice and friendly, and we got treated to a ton of delicious snacks like curry puffs, ice cream and local kuih.

During our final week, they set up some talks to recruit those who wanted to join the different official forces of Malaysia, including the army, police and reserve army. We had another final party with a prize-giving ceremony for categories like marathon champs, best shooter and best trainee. 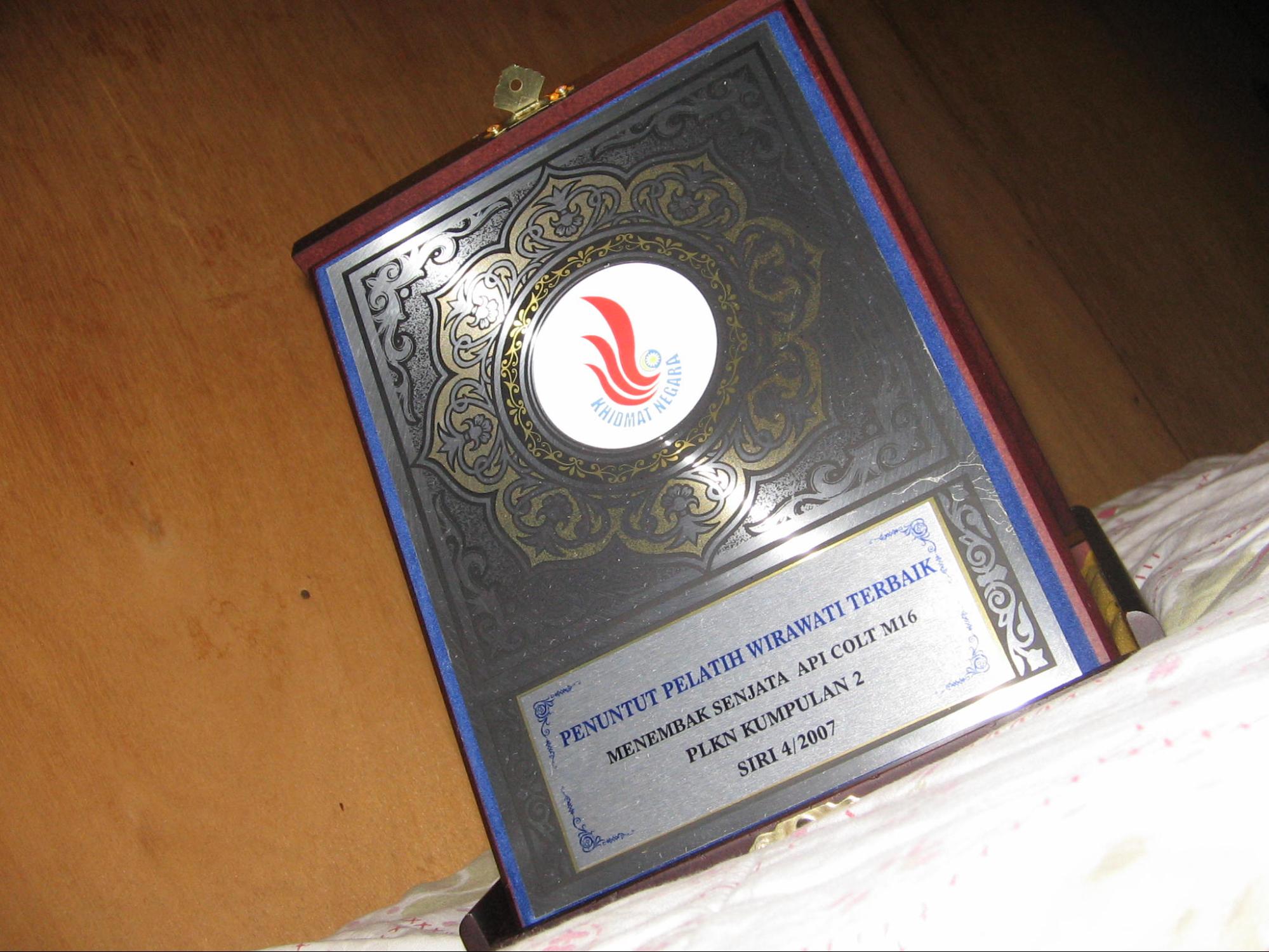 I ended up winning the prize for best shooter
Image credit: Jessica Fang

They tried really hard to separate boys and girls. I kid you not – there was a 2-metre high fence right in the middle of the canteen so we wouldn’t freely fraternise. So if you had a crush on a boy, you had to make sure you choped a seat facing him so you could make googly eyes from 15-metres away. 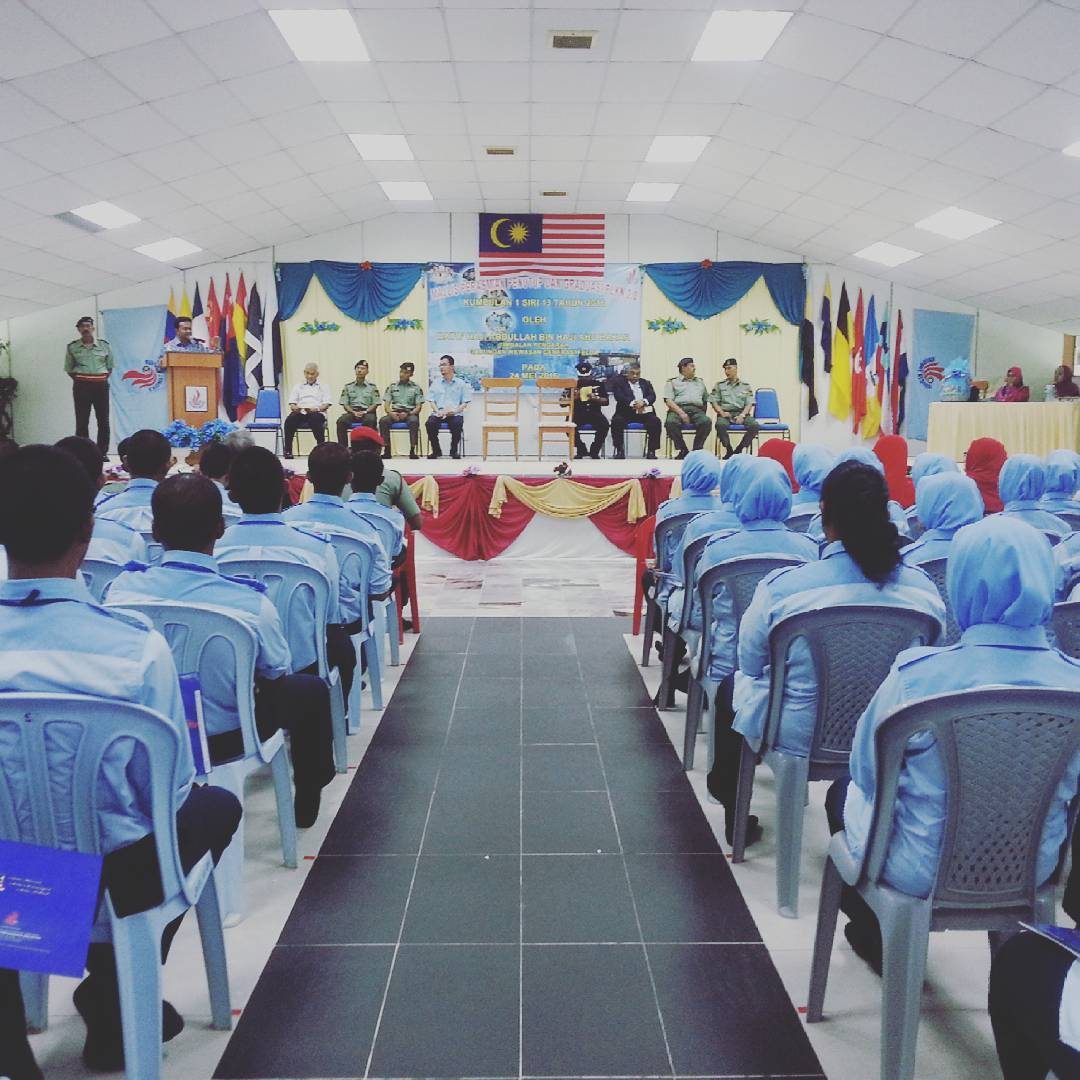 Unsurprisingly, assemblies, sports, and activities were also divided by gender. But we were allowed to mix around during classes, community service, and on projects, with trainers chaperoning us, of course. 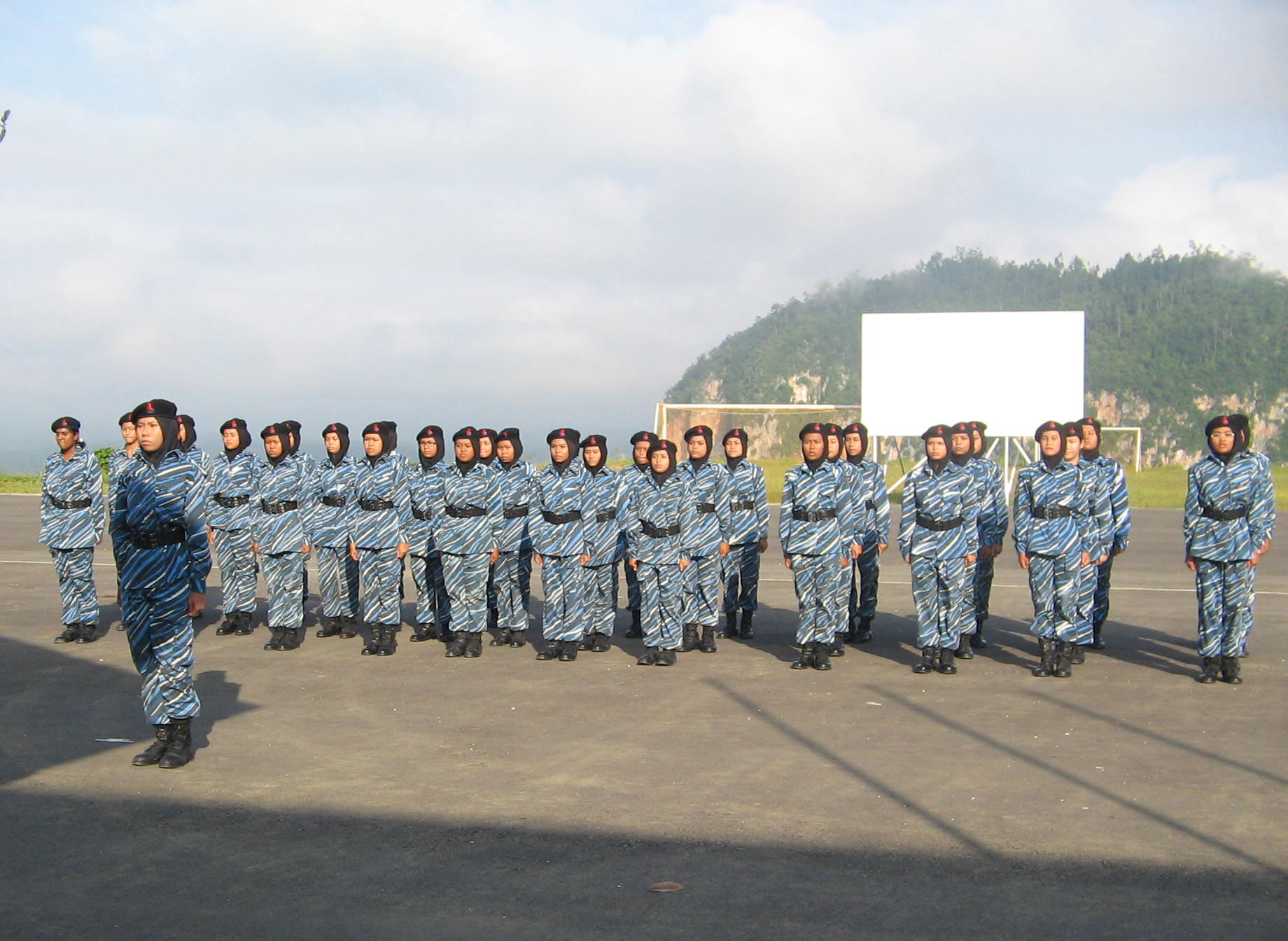 The gender separation resulted in some rabak behaviour, where some girls would sneak off to the public restrooms to pak tor with male trainees. This usually happened during break times before meals and weekends.

From what I experienced in my camp, racial integration was quite a failure. But I had theorised that it was mostly due to language barriers.

Since I couldn’t speak a word of Chinese, I ended up being ostracised by most of the Chinese girls: they wouldn’t acknowledge or speak to me at all, not even in Malay or English. It didn’t really matter though, I was comfortable hanging out with Malay girls with whom I could speak Bahasa. 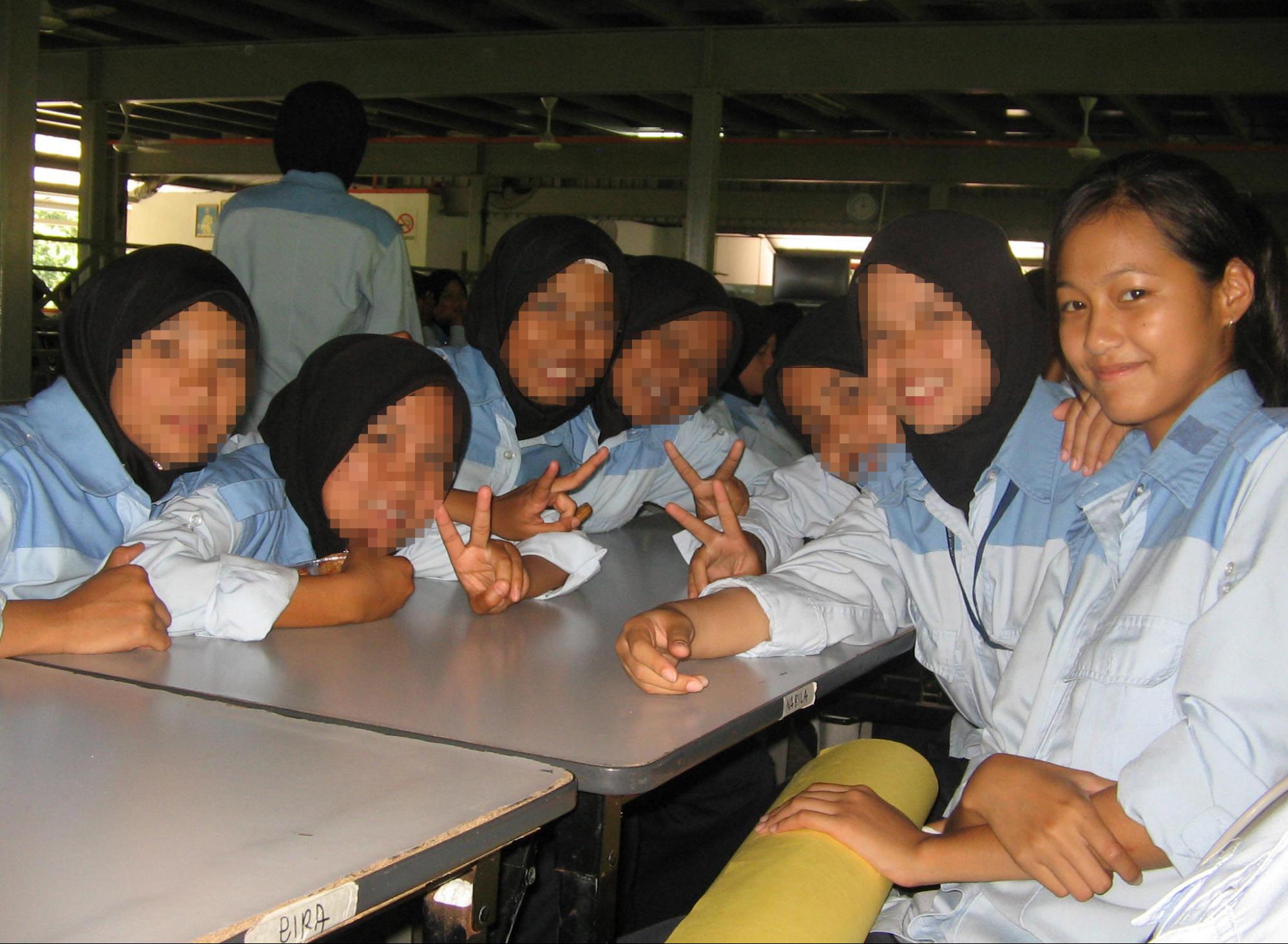 My dorm-mates and I were pretty close. We’d share snacks and help each other out when it came to chores.
Image credit: Jessica Fang

But of course, everyone was generally civil towards each other, and when it came to teamwork during activities, there were usually no racial lines drawn. 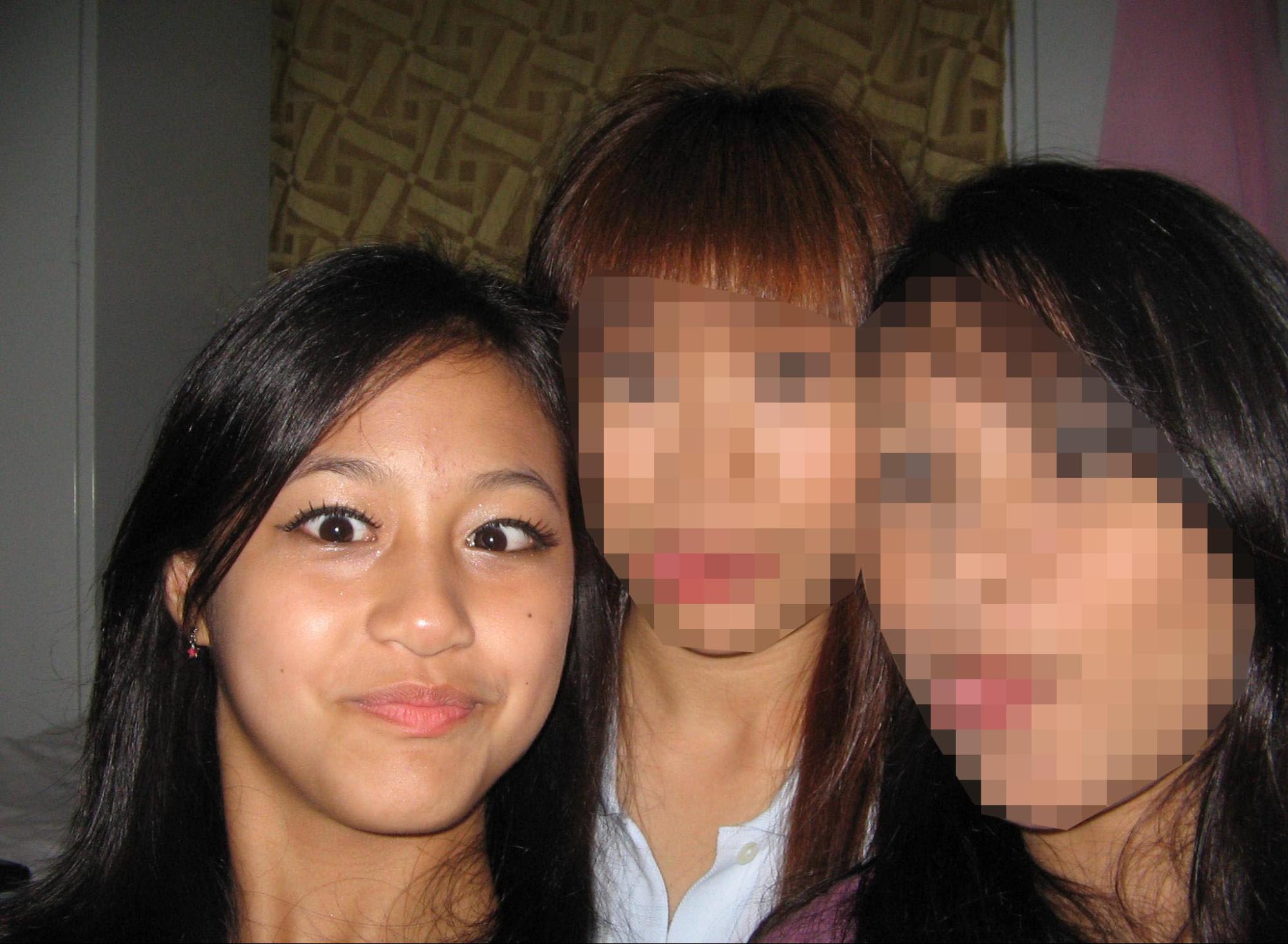 My best friends at camp comprised the only Chinese girl who would talk to me, and another Malay girl from KL. We’d play with makeup and goof around to keep our spirits up.
Image credit: Jessica Fang

“Discipline” in army terms is not something to be messed with. But in Malaysian NS, it was a little vanilla. I don’t recall any major forms of disciplinary action that went beyond trainees having to run around the assembly court X amount of laps, or do X amount of jumping jacks and push-ups. 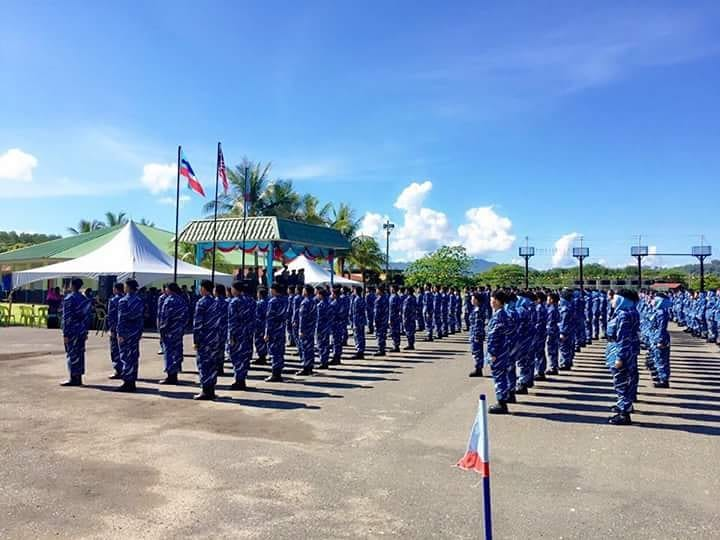 We did learn how to stand in formation – usually for assemblies and marching.
Image credit: @puvan_balasubramaniam

Other rules were pretty run-of-the-mill, where the boys had to shave their heads, and handphones were taken away from us on weekdays.

We were required to stay in camp for the full 3 months, but our families were able to visit us once a month. Weekends were relatively free, and we even had a common room with a TV, card games and sporty activities to kill time. 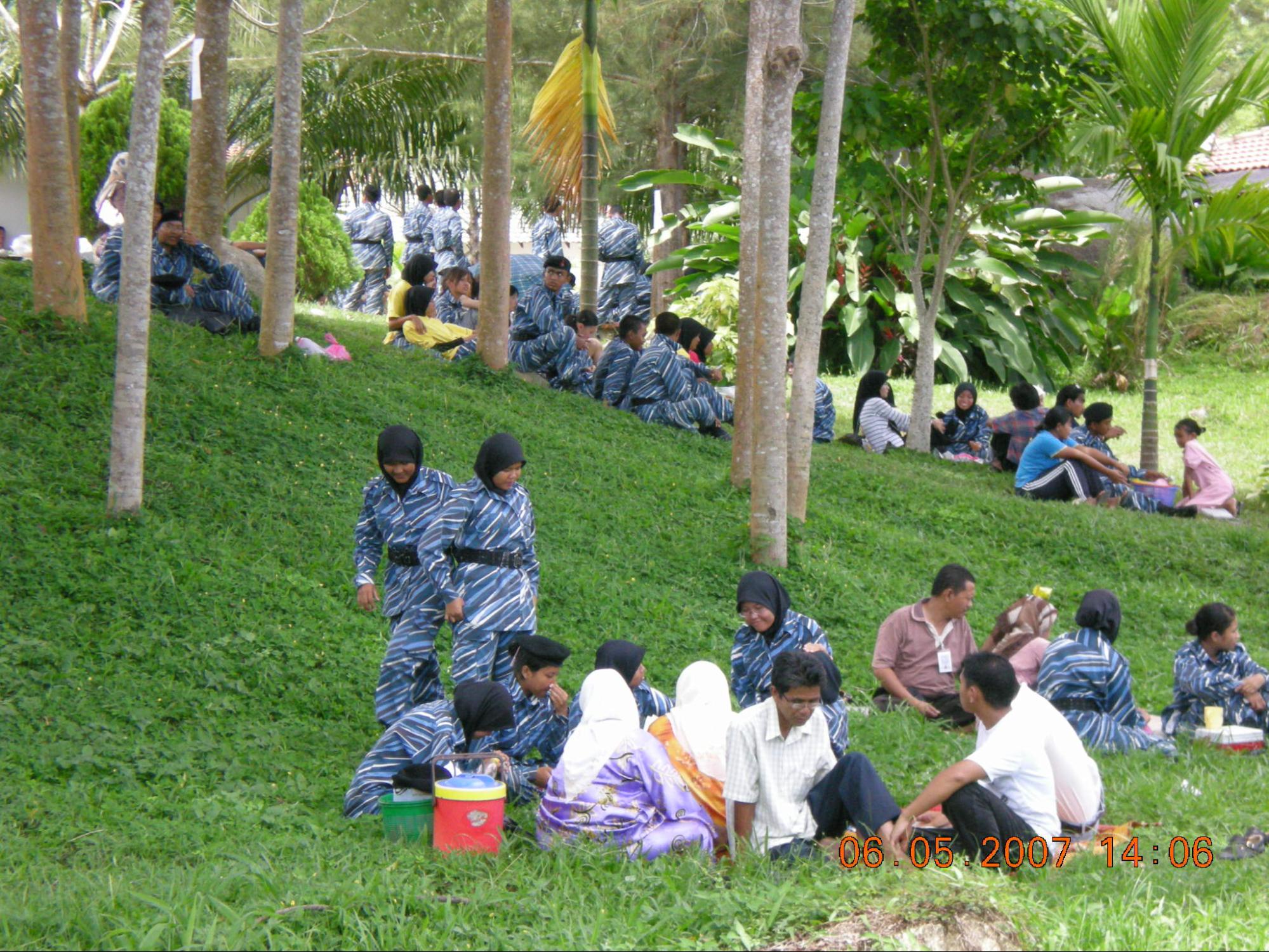 Family visiting days were most looked forward to, and everyone would scatter around the camp to have picnics outdoors.
Image credit: Jessica Fang

So all in all, it was quite easy to adapt. We even had an onsite medic who would easily issue MCs to trainees who felt unwell, and most of the time he just took your word for it.

Yes, trainees were yelled at by a select few trainers – mostly for being late or having contraband items like cigarettes. They had regular spot checks at our dorms in the first month, but by the time we were in our 3rd month, trainers were much more relaxed with us. 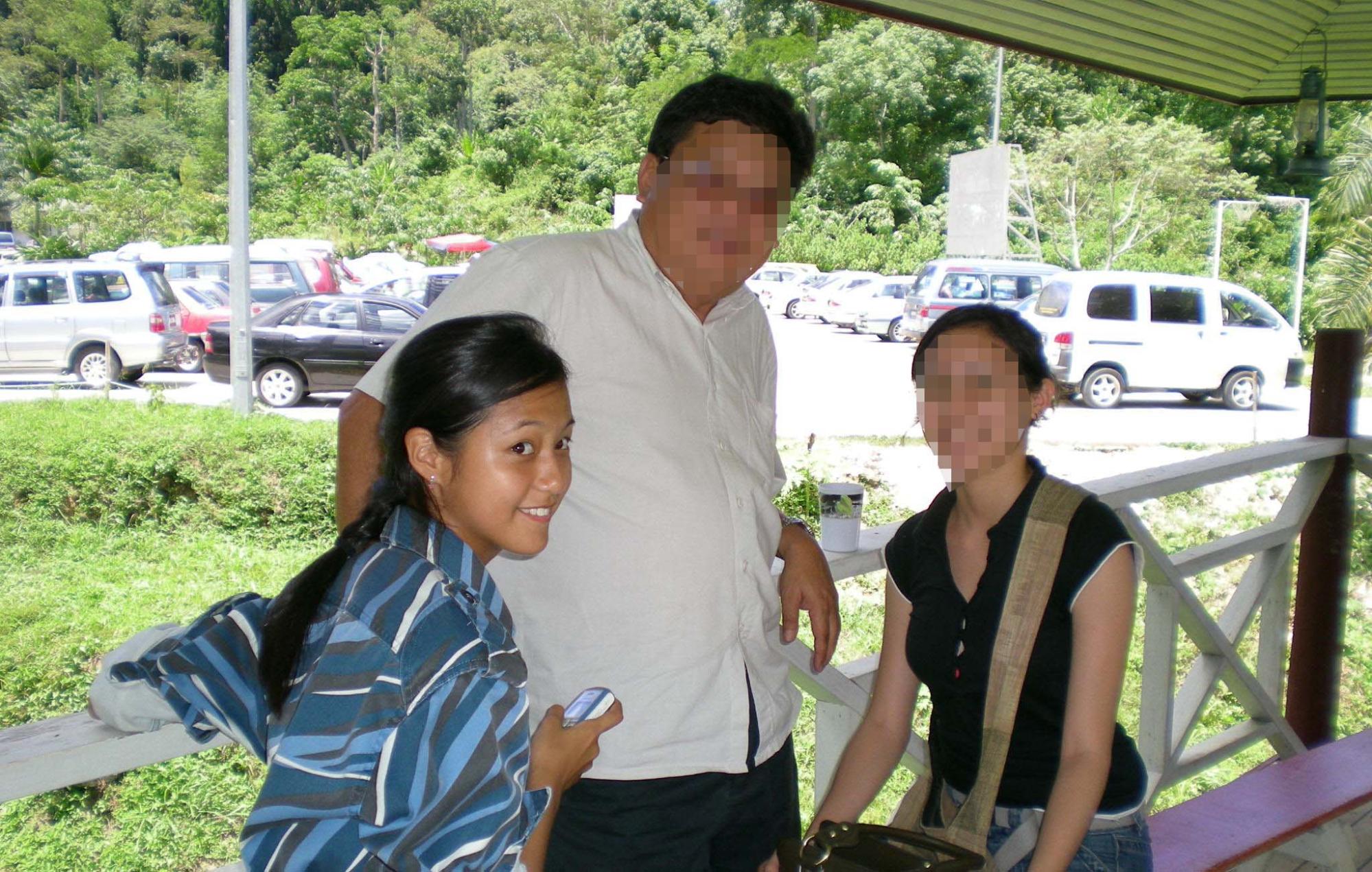 My family used to bring me loads of snacks, as well as hawker food like Raub’s famous curry noodles.
Image credit: Jessica Fang

Although a lot of people have told me that I wasted my time and should’ve just deferred NS like everyone else did, I have absolutely no regrets here. In fact, I personally had a really fun and eye-opening experience, and friends of mine who went through the programme shared the same sentiment. 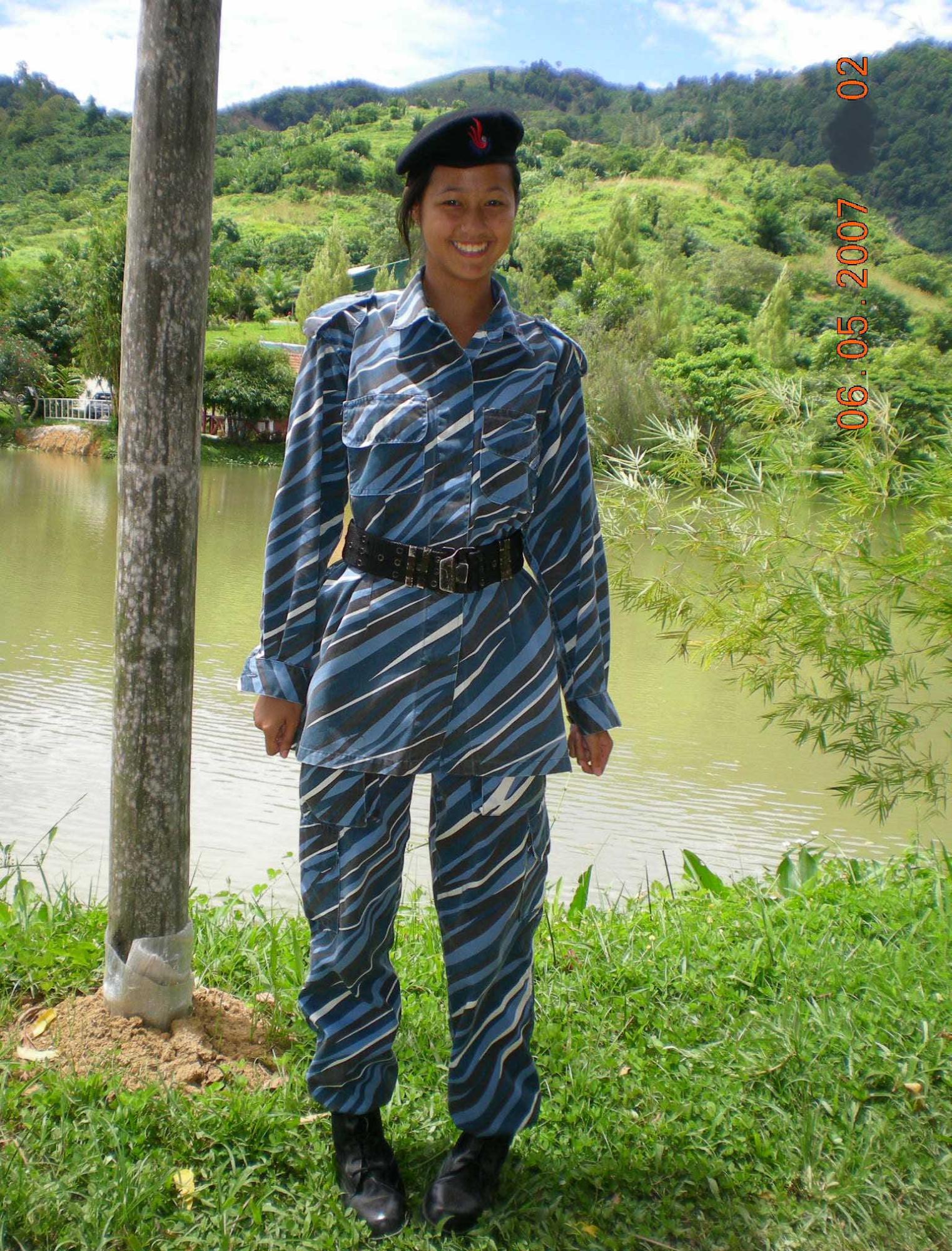 At that time, I approached this with an open mind, and ended up feeling rather patriotic and wholesome. After all, it felt great being able to help communities and get to know people from different backgrounds and cultures. I was probably at my healthiest too, with all the non-stop physical activities and eating.

Malaysian National Service didn’t have the best of reps, but it did give some of us positive, one-of-a-kind experiences that will always be a part of the country’s ever-evolving history. 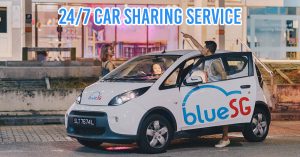 BlueSG Is An Electric Car Sharing Service From $0.33/Min Available 24/7 For Impromptu Road Trips
Canon Eseries Printer Lets You Print At Just $0.03 Per Page For Extensive School Notes Or... 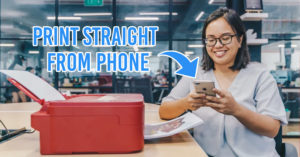