As a wise intergalactic purple villain – ahem, Thanos – once said, the hardest choices require the strongest wills. And at Jurong Frog Farm, prepare to put your will to the test when you’re presented with the opportunity to hold a frog with your bare hands.

Having been around since the 1970s, this heritage farm is the only one that rears frogs in the quiet recesses of Kranji Countryside. From hosting educational tours to selling frog grub to feed the famished amphibians, here’s what to expect if you’re looking to make a trip down.

Check out these other places to visit for some animal-filled fun on our little red dot:

Walk-in activities for froggy fun with friends or the fam

Catch-A-Frog – face your fears and grab a frog 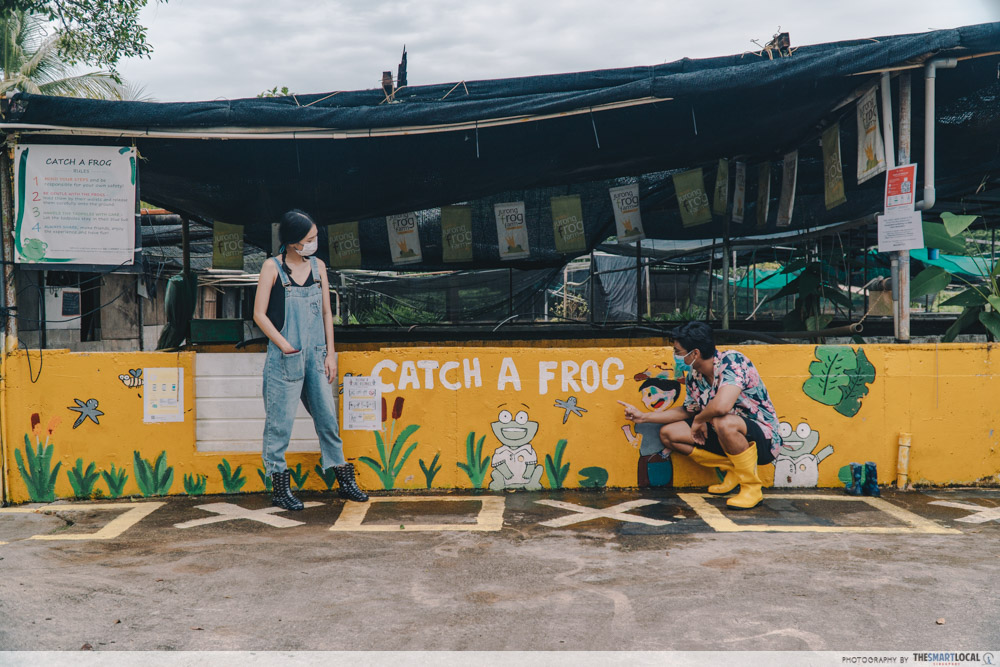 Welcome to the main attraction – fork out $10 and all you bold souls can enter the Catch-A-Frog zone to grab one of those amphibians with your bare hands. Before you head on in, you’ll be given a brief tutorial on the correct way to handle the frogs by one of the staff – they’re surprisingly delicate creatures!

Boots will be provided, so you won’t have to worry about getting your precious Jordans or spanking new white shoes dirty. The pair of protective footwear is also long enough to safeguard your legs from any splashing water too. 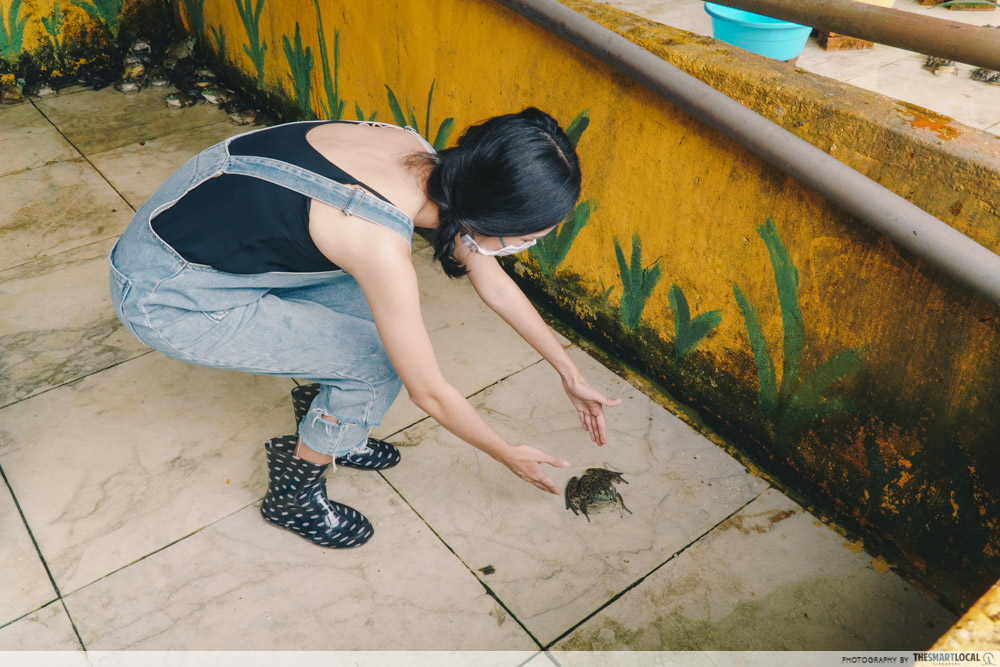 When you’re in the pit, you’ll need to switch your primitive instincts on and just go for it. Just like you would when you’re picking a pet, suss out the more ‘friendly’ looking stationary frogs and gently reach out for them. This way, you’ll minimise the chance of having frantic frog hop away from you. 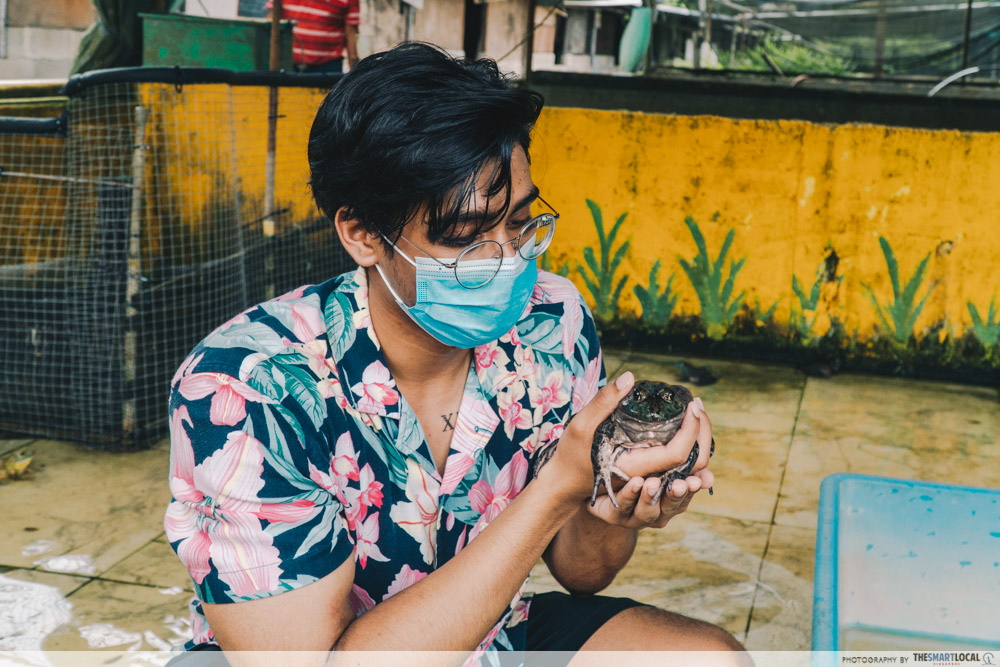 And voila, after a couple of tries, you’ll eventually be able to pick one up for yourself. Truth is, I developed an affinity with this particular one as it was the calmest of ‘em all, so all my personal pics were with this serene fellow. 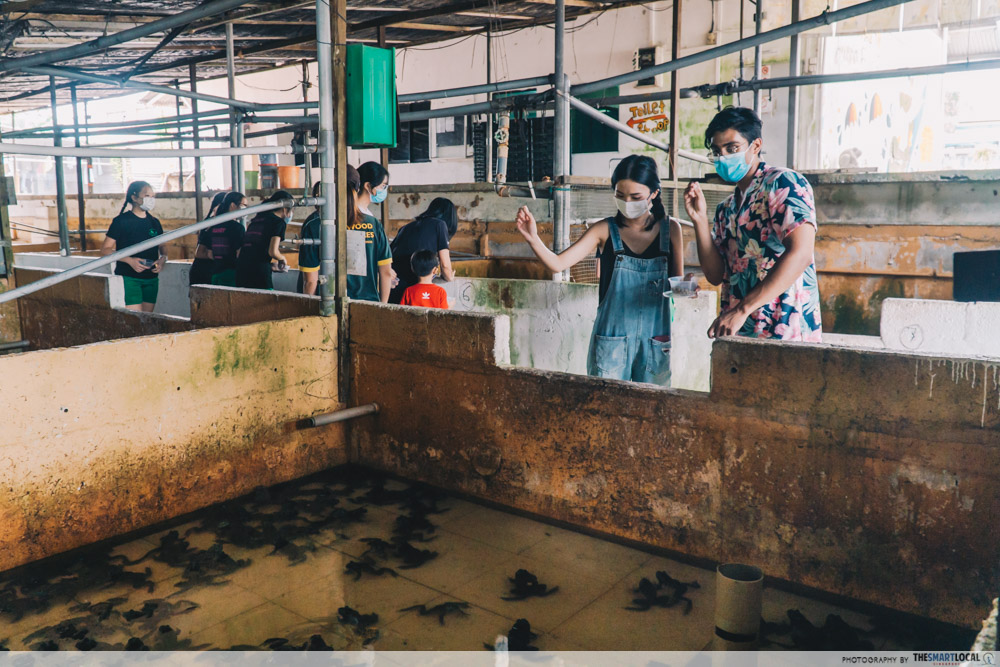 If you’d rather keep your distance, the Frog Feeding Frenzy zone will be more appealing. Grab a container chock full of frog nosh for just $2 at their store, then saunter down the lane of frog pens to take aim and fire away. 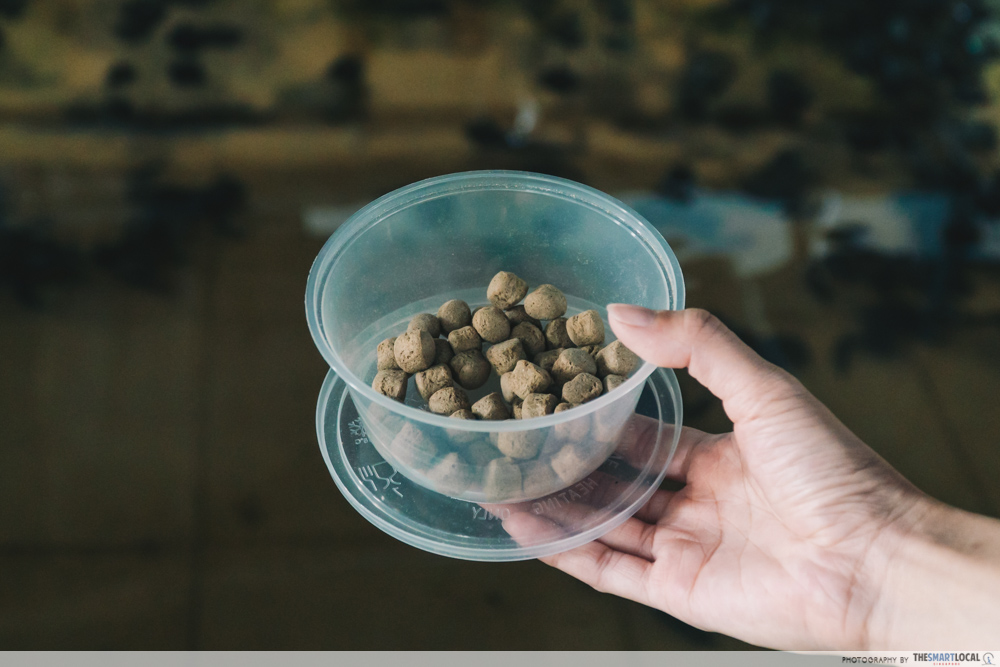 The single $2 container is generously filled with food pellets

You’ll be able to channel your inner Oprah here because after all, you’re the one who’s deciding which pen of lucky frogs get to chow down on some food pellets. 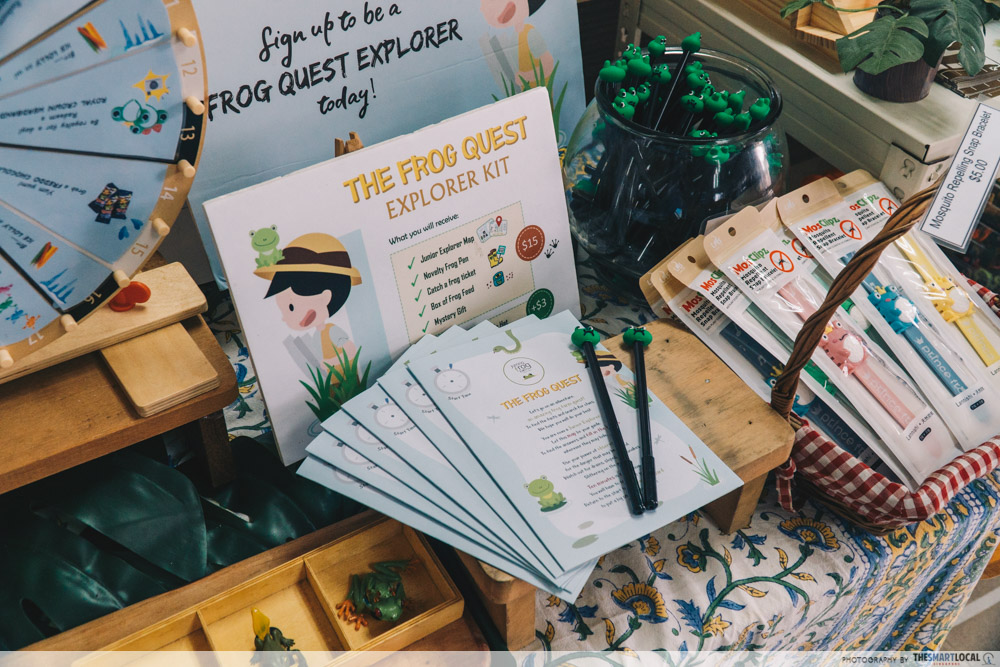 To get your kiddos’ creative cogs grinding, pick up the Frog Quest Explorer Kit ($18) at their store and let your mini adventurer take the lead. You’ll have to accompany your kid as they whizz around the farm completing their designated tasks, and once that’s done, they’ll be rewarded with a mystery gift for their efforts.

For more educational family fun, pre-book a slot for the Gabbe’s Family Tour ($15/person) programme. Requiring a headcount of at least four people to begin a tour, a Frogologist will impart nifty tidbits of frog knowledge to you as you’re brought around the farm. Plus, you’ll have a frog meat sampling sesh to round off the guided tour.

Grab froggie novelties and meat at the Royal Frog Shop 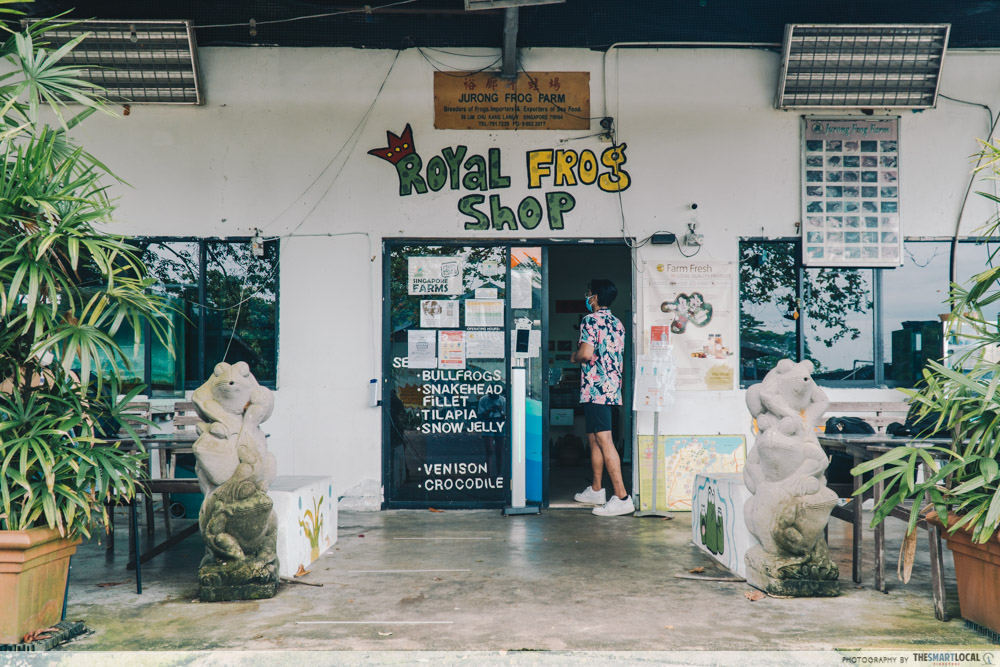 Before you leave, make sure to raid the Royal Frog Shop for their souvenirs and fresh food. They’ve got 250ML bottles of Premium Snowdrop Hashima ($8.50) available in two flavours – Traditional and Longan. You can pick up other knick-knacks like a Froggy Door Stopper ($19.25) or Jumping Frog toys ($1) to add a lil’ amphibian in your life. 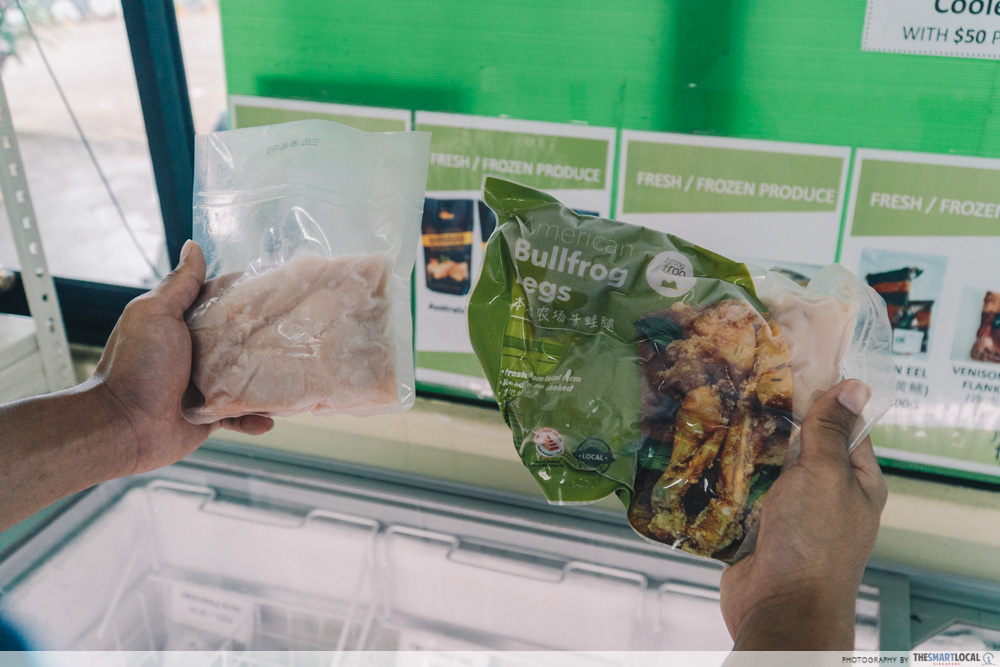 To whip up a special feast for the fam, you can also grab 250G of Frozen Crocodile Tail Meat ($10.50) or a 300G pack of Frozen American Bullfrog Legs ($12.60). Check out their list of recipes to make the most out of your exotic escapade back home in the kitchen.

But if you’re hungry right there and then, take a seat and order a plate of Cajun Buttermilk Fried Frog Legs ($15) to relish some froggy goodness in their domain.

Getting to Jurong Frog Farm 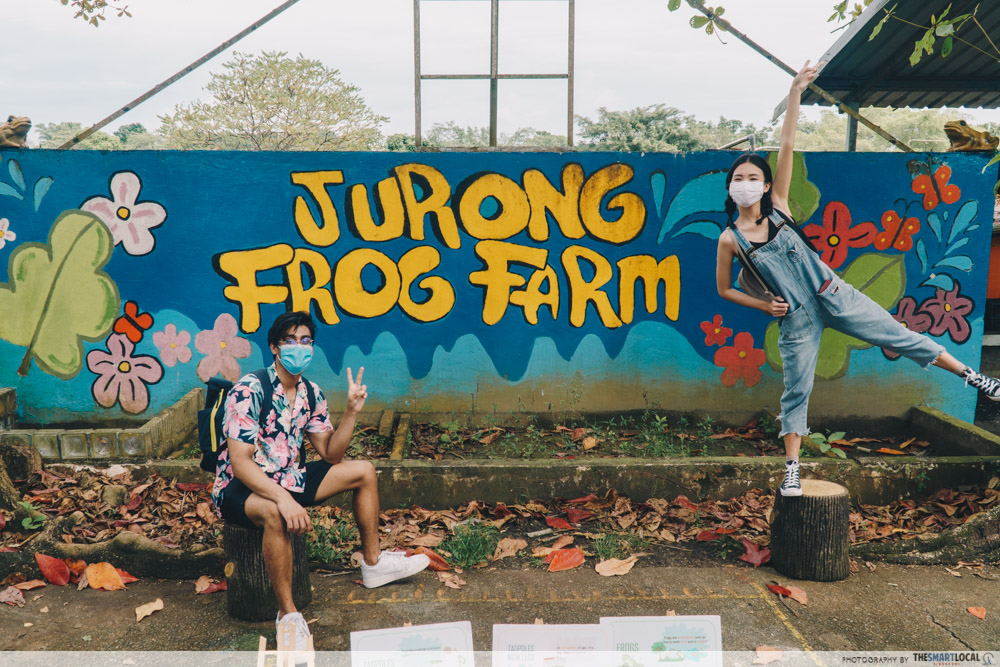 It’s not often we get to break the mould and head on out for a countryside getaway on our little red dot. That’s why visiting Jurong Frog Farm and its throngs of croaking residents is a rather therapeutic way to spend a day off embracing the simpler side of life.

And hey, if you’re really not keen on holding one of those froggos, then eat them instead.

Getting there: From Kranji MRT, take the Kranji Express shuttle and alight at the designated Jurong Frog Farm stop. Check out the bus timetable to make your trip planning duties a little easier.

#jurong frog farm #kranji countryside #things to do in singapore 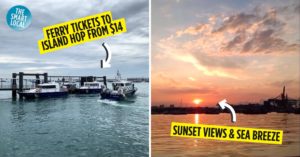 Marina South Pier: Ferry Rides To The Southern Islands For A Relaxing Weekend Getaway
Guide To Thriving In The Arts & Design Industry, With Tips From Graduates & Insiders... 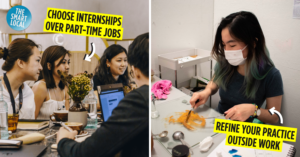