Ghouls and monsters in the cupboard were things my younger self was deathly afraid of.

In my teenage years, thanks to a biology teacher who screened a full-frontal video of a woman giving birth to scare us from having premarital sex, childbirth became my worst nightmare. That, and episiotomies a.k.a. the cutting of your delicate regions with a pair of freaking scissors!

Even while celebrating my first pregnancy, the impending reality of a child exploding out of my lady part was something that kept me up most nights in my final trimester. Doctors casually told me that my vagina was going to expand to a grand 10CM and my baby would come out… but mi no comprende.

I was reassured that pain relief did exist, and the strongest magic that would numb me from the waist down was an epidural.

Note: Everyone’s pain threshold is different, but here’s what it felt like for this mother.

What is an epidural? 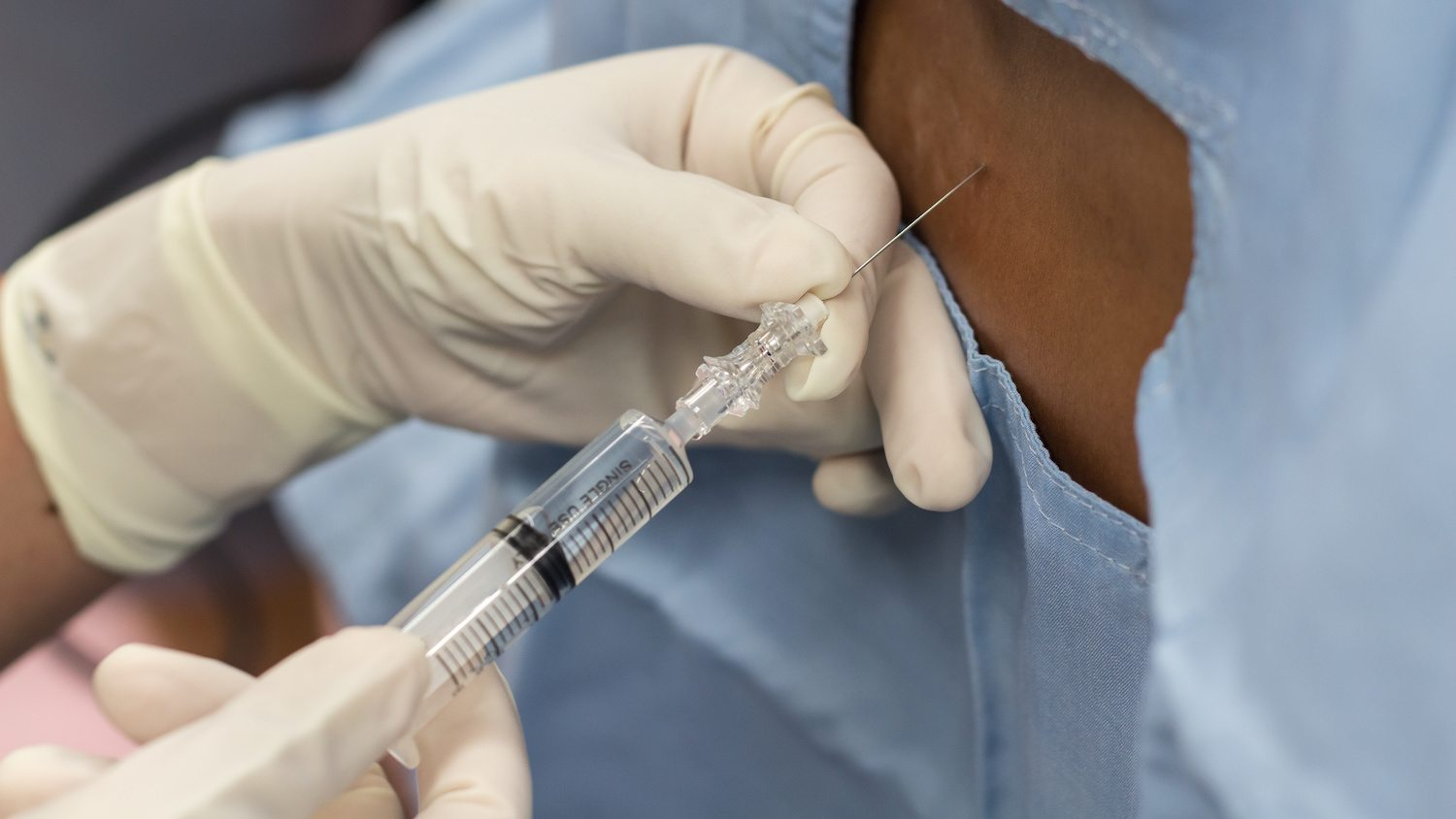 Now, if you’re pregnant or have pregnant friends, you’ll probably have heard of the wonders of an epidural. A nifty little jab to the spine that takes away all pain, giving you barely any sensation in the lower half of your body. As with all medication, it does come with its own set of risks.

Most common side effects:

Hella rare, but deadly side effects:

Research also unearthed the opinions of doulas who witnessed how epidurals interfered with the body’s natural response to labour. 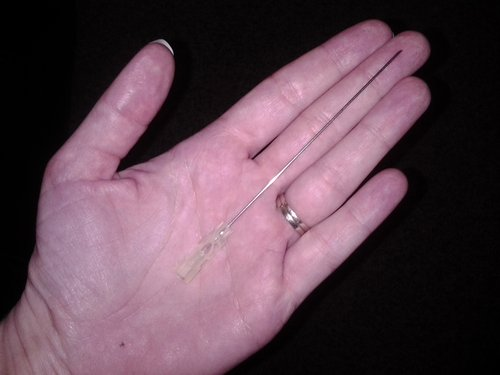 Just for funsies, here’s how long and thick an epidural needle is.
Image credit: babycenter

Naturally, after all this info from Doctor Google, alarm bells were ringing in the head of my kiasi self, and I was determined to tahan the pain and not subject myself to any of the possible side effects. 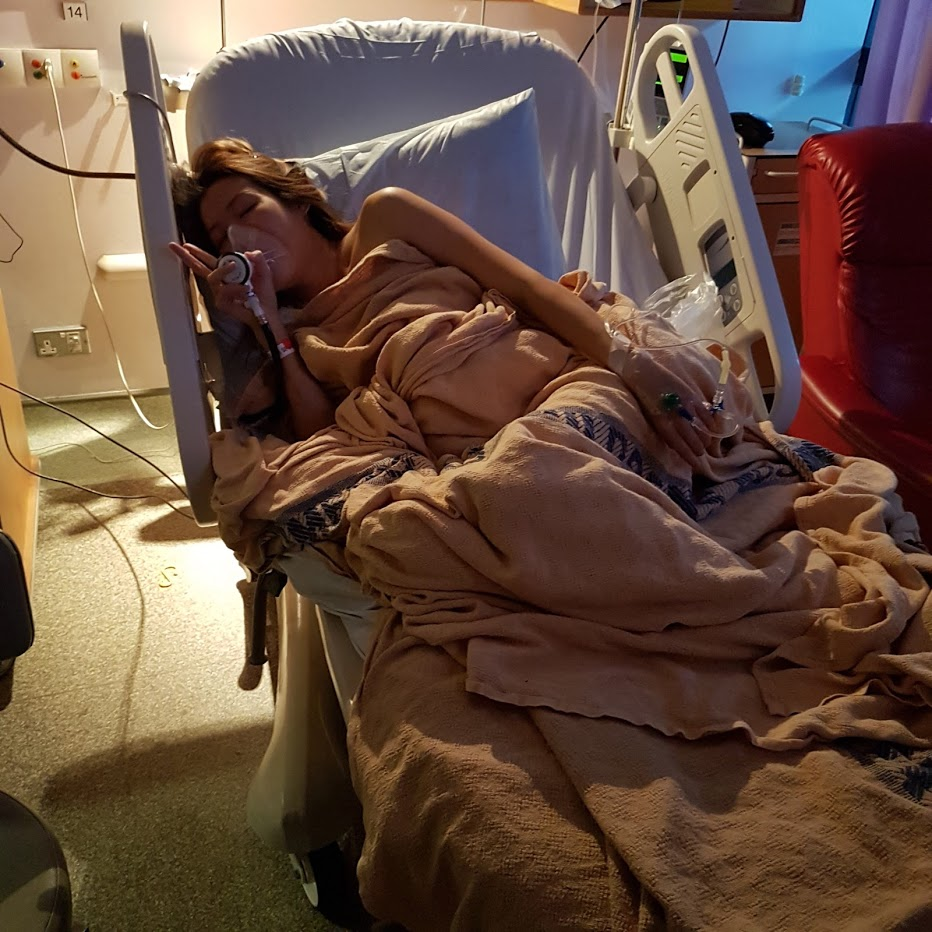 Despite my grand plans for an unmedicated birth, all resolve went out the window some 12 hours into my induced labour with my firstborn, Ellie. The sheer pain from the contractions and the nausea that came from the laughing gas was too much for me to handle, and I caved and begged my doctor to give me the epidural stat.

If you’re interested to know what the last part of active labor feels like while on epidural, it feels like the very mild churning of a stomach ache after eating a McSpicy. It felt like I was taking a painless poop, and that poop turned out to be my baby.

Even though my drug-free birth plan fell through, I was glad to have not felt the legendary “ring of fire” – the exact moment your baby’s head becomes visible from down there. Epidural was awesome – or so I thought until I started shivering and vomiting uncontrollably for the next two hours.

The nausea and retching was so bad, I couldn’t even hold or breastfeed my baby because the minute they placed her on my chest, I yelled for them to take her away and give me a bag because I was going to hurl.

To be very honest, with my second child, I was not confident in my ability to endure the full pain of childbirth a second time around because I’d already failed once. But I didn’t want to have to suffer the side effects of the epidural once more.

Perhaps it was the second-baby-faster-birth phenomenon, or the fact that I just die die didn’t want to get induced for a second time; but labour with my second child was manageable for the most part. Pain level was around 5/10 for 4 hours, but shot through the roof as my body went through the transition – where your vagina dilates from 7CM to 10CM.

When I did finally beg for the epidural, the midwife on duty told me that my baby was crowning and it was too late for that.

The only pain relief I did rely on was laughing gas (nitrous oxide). And no, the gas won’t make you laugh, but it does make you feel intoxicated and “high”. I still felt all the pain from each contraction, but it was as though my brain only registered the pain five seconds later.

What active labour felt like: painful period cramps x 100. It was pretty excruciating, NGL. I easily classify it as the most pain I’ve ever experienced in my life.

I writhed in the bed and bashed my head on the protective rail to cope with the pain but nothing helped. At one point between breaths of laughing gas, I thought I’d died, only for the next contraction to remind me that this reality was not yet over. 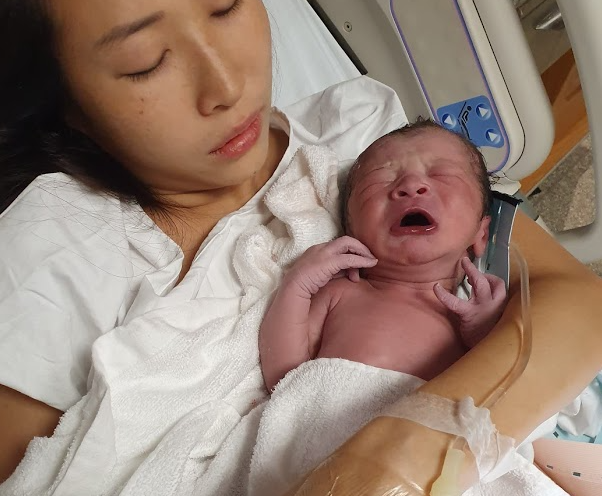 The moment I got to hold my son after a 6-hour labour with no epidural
Image credit: Kimberly Wong

After what felt like an eternity, my water bag exploded as my baby crowned. I couldn’t distinguish the pain of my contractions from the ring of fire, but I did feel the exact moment my baby and placenta exited my body.

The pain stopped almost immediately, though I kept shaking for a good five minutes from sheer exhaustion and possibly trauma. Though tired, my body didn’t feel as bad as it did after birth with an epidural. There was no nausea or vomiting. I felt alert and ready to take care of my baby. 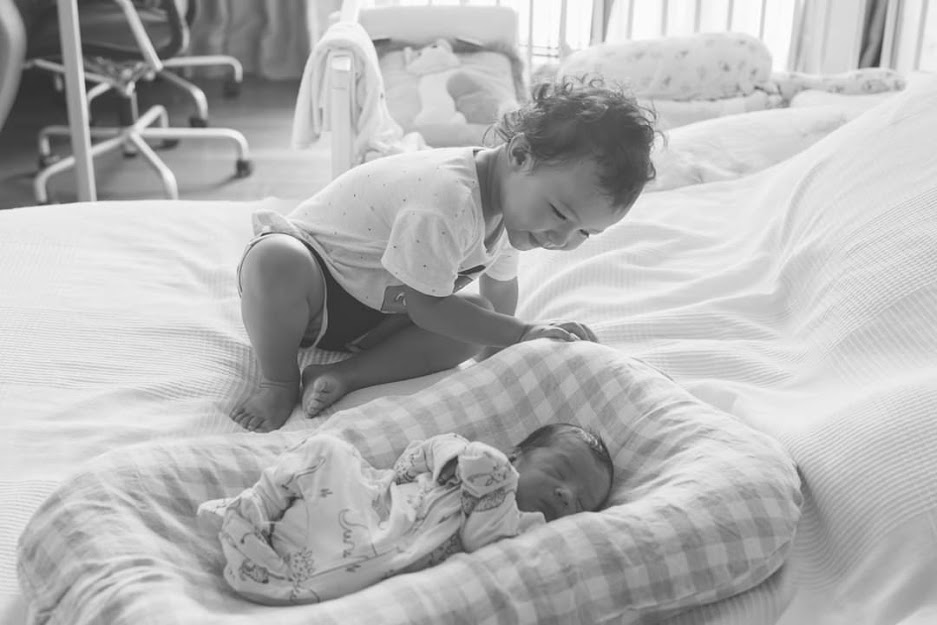 Would I give birth without epidural again? Yes, letting nature take its course and feeling my body do what it was meant to do was a terribly painful, yet amazing experience. I now have a great deal of respect for my own grandmother who birthed 10 children without any pain medication whatsoever – that’s the real definition of bad-ass.

Out of sheer curiosity, I scouted around for other mothers who also went the no-epidural route to see if childbirth was universally one of the worst pains imaginable, or if my pain tolerance was just crappy. Here’s how other mothers describe it:

“Labour was super manageable and got easier with each kid. What was worse is getting a hematoma during delivery and having my (other) child kick me in the stitches two days after delivery. Worst pain of my life.” – Amanda, 32

Before you swear off reproducing forever, know that everyone’s pain threshold is different. And there’s no shame in requesting for pain relief, after all, that’s why it was invented! 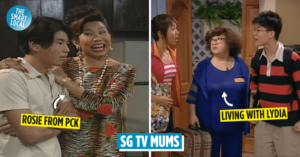 7 Best Singapore TV Mothers We Grew Up With, Like Under One Roof’s Dolly And The Little Nyonya
Istana Woodneuk: Spooky Abandoned Royal Palace In SG That Inspired Crazy Rich Asians 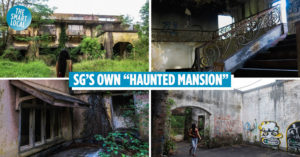