Cafe culture in Singapore is booming with new cafes popping up at every corner just like how bubble tea shops sprouted up back in the early 2000s. Everyone loves their cafes, from the quaint furnishing and chill ambience, to the Instagram worthy cuppa coffee and poached eggs.

Enter FIX. Tucked deep and hidden within HomeTeam NS at Balestier, FIX is one of the latest to hit the cafe scene in Singapore. The small eatery is nicely situated next to a swimming pool which gives it a calm and quiet ambience on a weekday afternoon. Many people have the misconception that HomeTeam is a private membership club, but it is actually open to public! FIX is also part of the Food Explorer Group that owns eateries such as GRUB and Cookyn Inc. 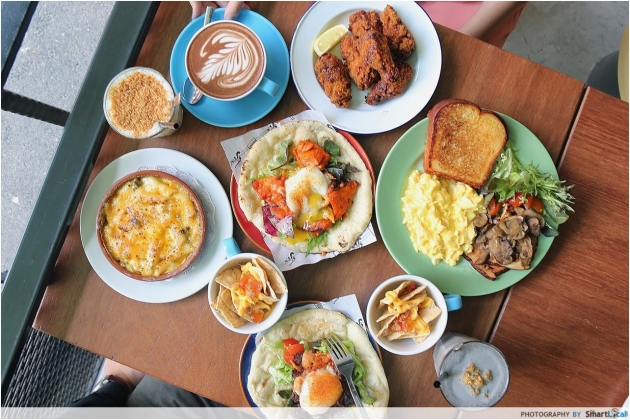 The food at FIX is extremely photogenic and the natural lighting is great, making everything there just looks mouth-wateringly delicious. It is like instagram heaven. We tried quite a few of their more popular dishes.

We started off with the Crispy Soy Chicken Drumlets ($7). It was super crispy and slightly spicy, but the best thing is that the chicken was really tender and tasty. I enjoyed every bite of it and could have had 3 plates of these to myself. 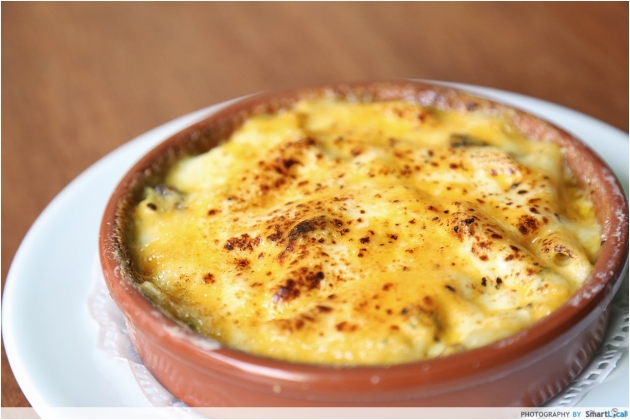 Next we had the 3-Cheese Penne Gratin ($10), which was essentially a mac and cheese. Overflowing with cheesy goodness in mozzarella, cheddar and parmesan, the entire dish is literally a haven for all cheese lovers. On top of that, you get small chunks of chicken and mushrooms as well. 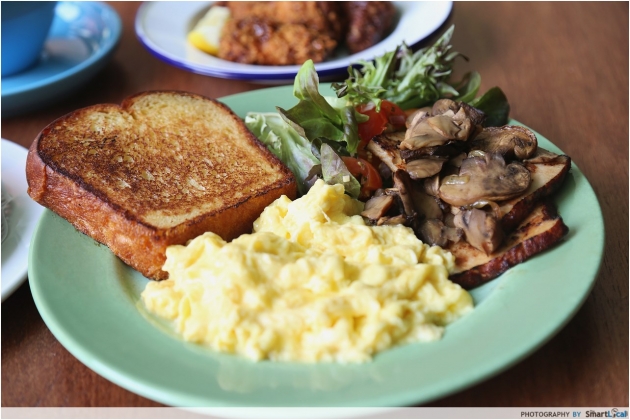 We also tried the Brunch FIX ($12), which was a plateful of scrambled eggs, roasted mushrooms, turkey ham and a slice of beautiful brioche bread. You don’t really need anything else with the Brioche bread, as it is springy and already has such a delightful taste to it. I must say though that the eggs, mushrooms and turkey ham were rather forgettable compared to the other dishes we tried. 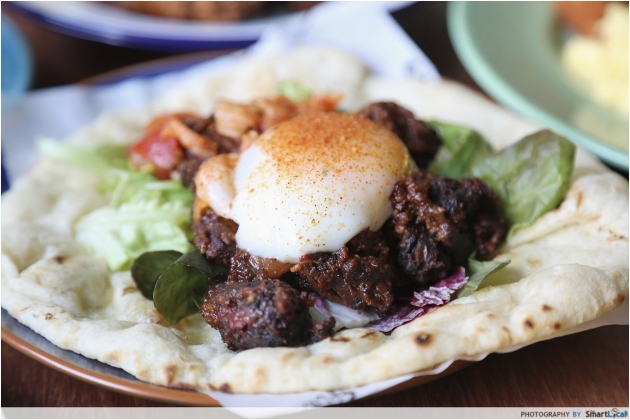 A Naan-which as its name implies, is like a sandwich but wrapped in naan bread instead. It was my first time trying this peculiar dish and it was not bad. We tried two flavors, the Chicken Tikka and the Beef with Kimchi (both $10). We much preferred the Chicken Tikka as I’m not really a big fan of Kimchi and its unusual pairing with Beef didn’t go well.

The best part of the Naanwich has got to be the egg in the middle. Cooked to perfection, the egg yolk oozes out scrumptiously at a gentle poke. I loved every bit of the egg and it went amazingly well with the rest of the Naanwich.

FIX is also well-known for the cakes, which they homebake on a daily basis. The first cake that we tried, which was also my favourite, was the Passionfruit, Mango and Coconut Chiffon Cake ($7). It was really light and not overpoweringly sweet, which makes the perfect dessert for me. 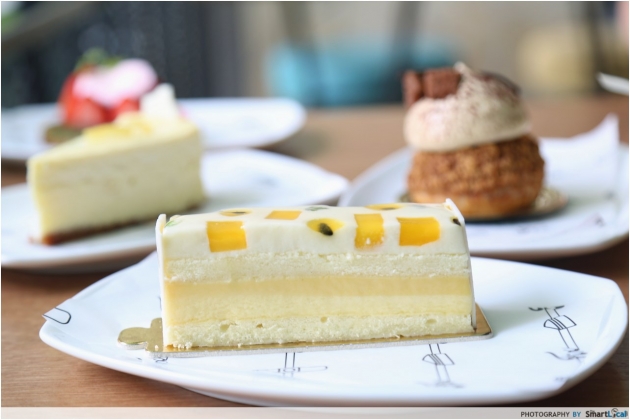 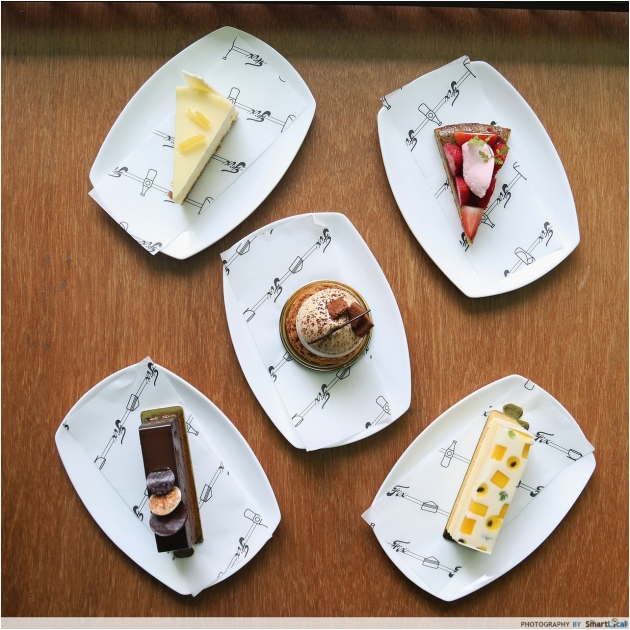 The Homemade donuts were incredible. The hype over liu sha bao is still ongoing, and the salted egg dip would be heaven for all liu sha bao lovers. It is basically exactly the same salted egg yolk paste you are dipping your sugary donut in. Just a warning though – while some would find it totally worth the calories, others may find it too cloying.

The one that stood out the most out of all the desserts, was the Butterscotch Arabica Choux ($6) (pronounced as “shoe”) that is filled with Salted Caramel. No explanation needed here, just look at this beauty.

The ambience was great, the food was nice and the staff were super helpful and friendly. One thing I hate about cafes is the exorbitant prices of their food, but FIX is very affordable. At $10 for a naanwich, what more can you ask for?

Although it’s rather inaccessible, I would say its worth the travel time and would recommend adding FIX to the list of one of the must-visit cafes in Singapore for cafe hoppers. 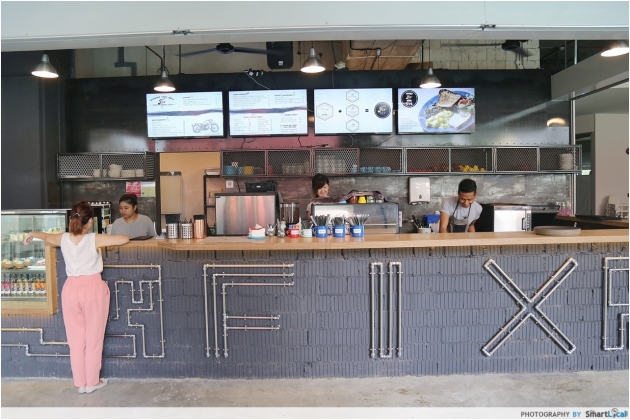 Fix is located inside HomeTeamNS-JOM, overlooking the swimming pool. HomeTeamNS-JOM is a 5 minutes walk away from ZhongShan mall along Balestier Road. On the way in you may come across the Sun Yat Sen Memorial, which is along the same road. For those familiar with Wheeler’s Yard, FIX is a 10 minutes walk away.