Esplanade – Theatres On The Bay

The Esplanade is an iconic building almost every Singaporean is familiar with – we even affectionately refer to as the “durian”. Coined as Asia’s equivalent of the Sydney Opera House by many, the structure is home to a 2,000 seat theatre, concert hall, an outdoor theatre, a shopping centre and performance spaces.

Whether you’re a traveller waiting for your chance to visit or a local looking for things to do during the holidays, here’s what the Esplanade has in store.

The Esplanade’s beginnings and architecture

Having officially opened its doors almost two decades ago in 2002, the performing arts centre has since hosted more than 49,000 performances and events with an audience of over 32 million. In addition to that, over 112 million – and counting – people have visited the venue.

Operating as a not-for-profit arts centre, most of the events and exhibitions held at The Esplanade are free for all to enjoy.

But the most recognisable thing about the Esplanade has got to be its architecture. In fact, there’s been a longstanding confusion on what the building was actually modelled after. Could it be two microphones, durians or the eyes of a fly? No one can tell for sure. 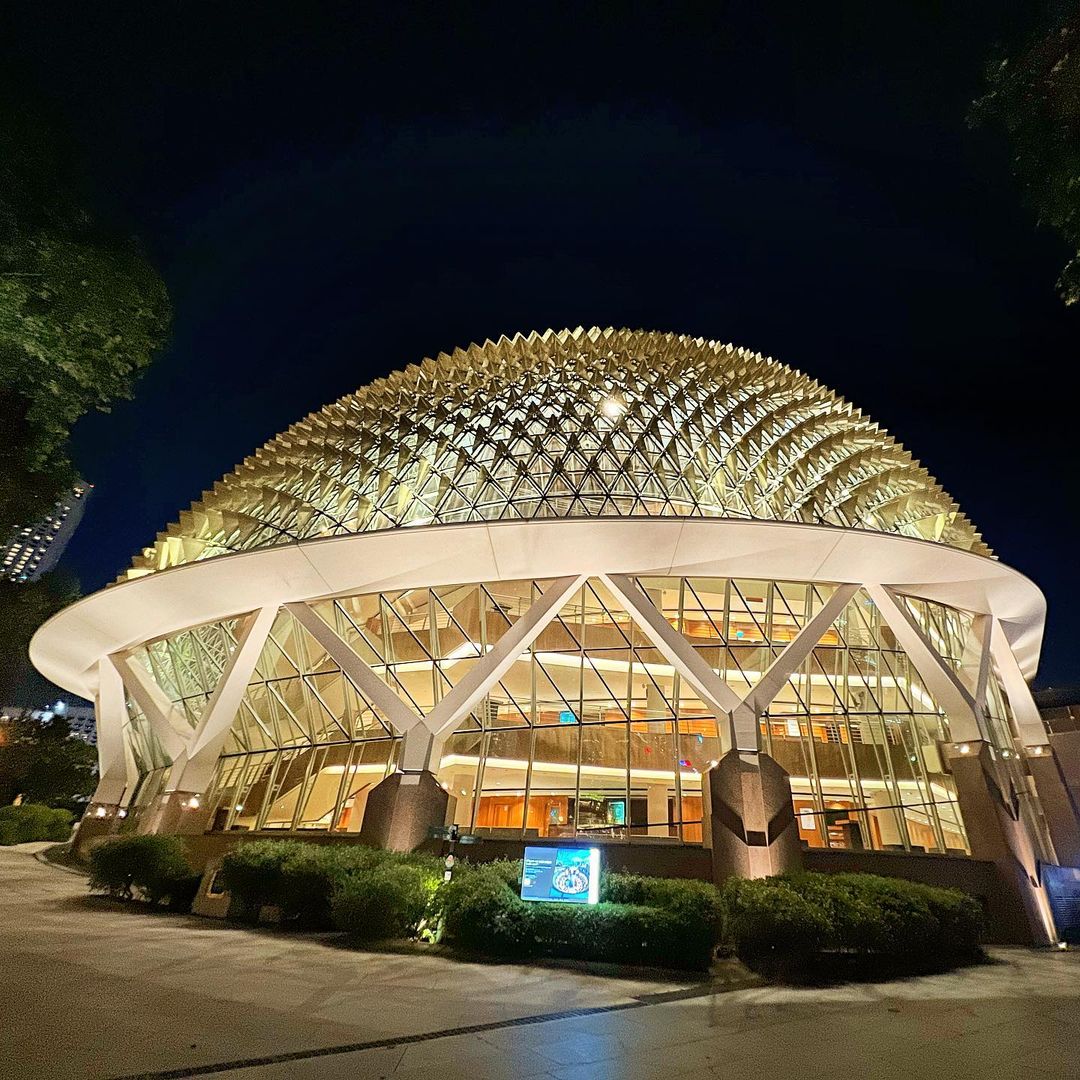 Consisting of two large, spiky domes, the original design was to feature glass all around without any form of shade. This, however, received criticism due to not considering Singapore’s tropical climate, where glass structures would attract way too much heat. 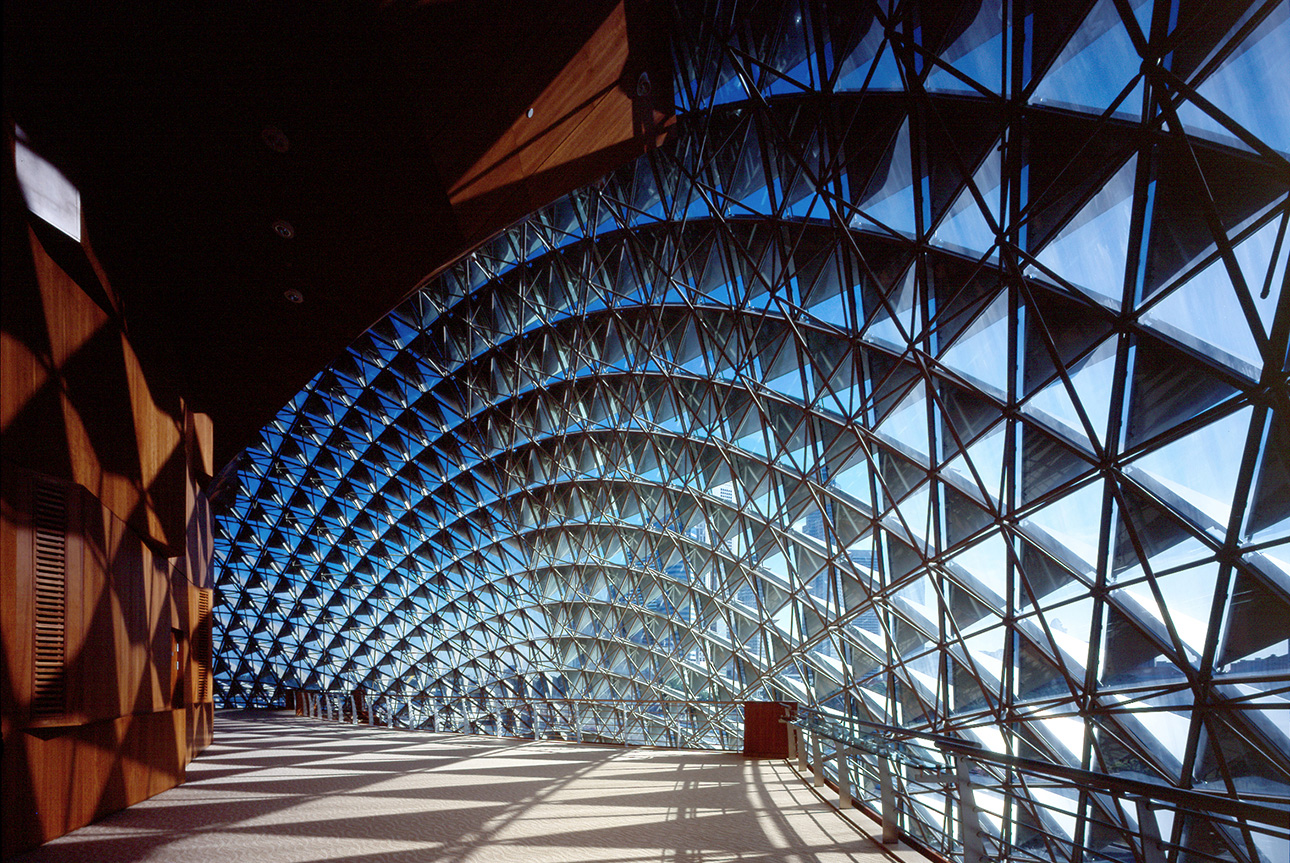 The design was then changed to the one we know today, with more than 7,000 aluminium panels acting as sunshades placed all around the two domes. These are what makes up the Esplanade’s durian-like appearance, though it wasn’t intended by the architects.

Things to do at the Esplanade 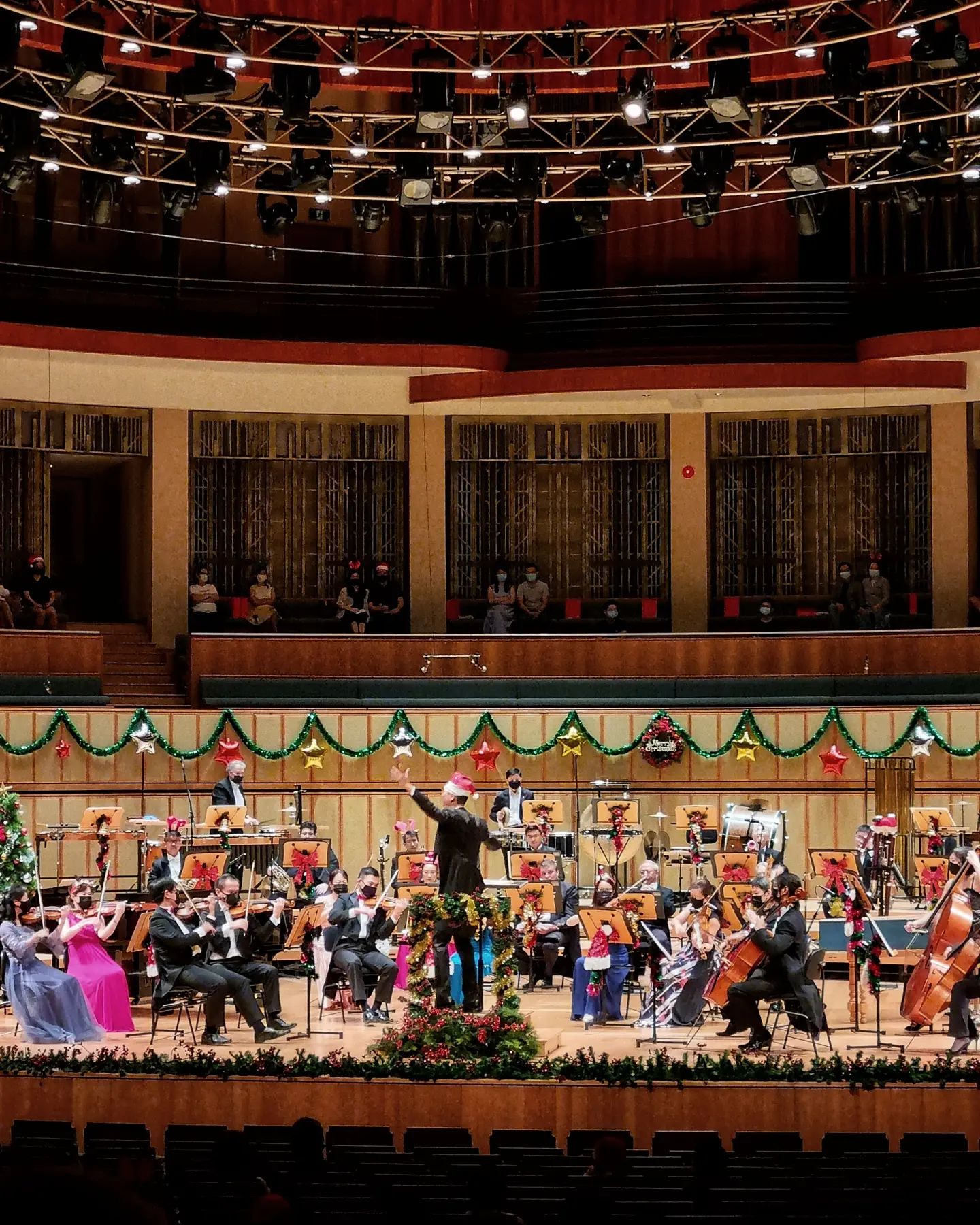 The Esplanade has hosted a variety of shows over the years, ranging from dramatic circus acts to international ballet performances. With an emphasis on making the arts more accessible for all, there are plenty of free rotating events for the public to attend. 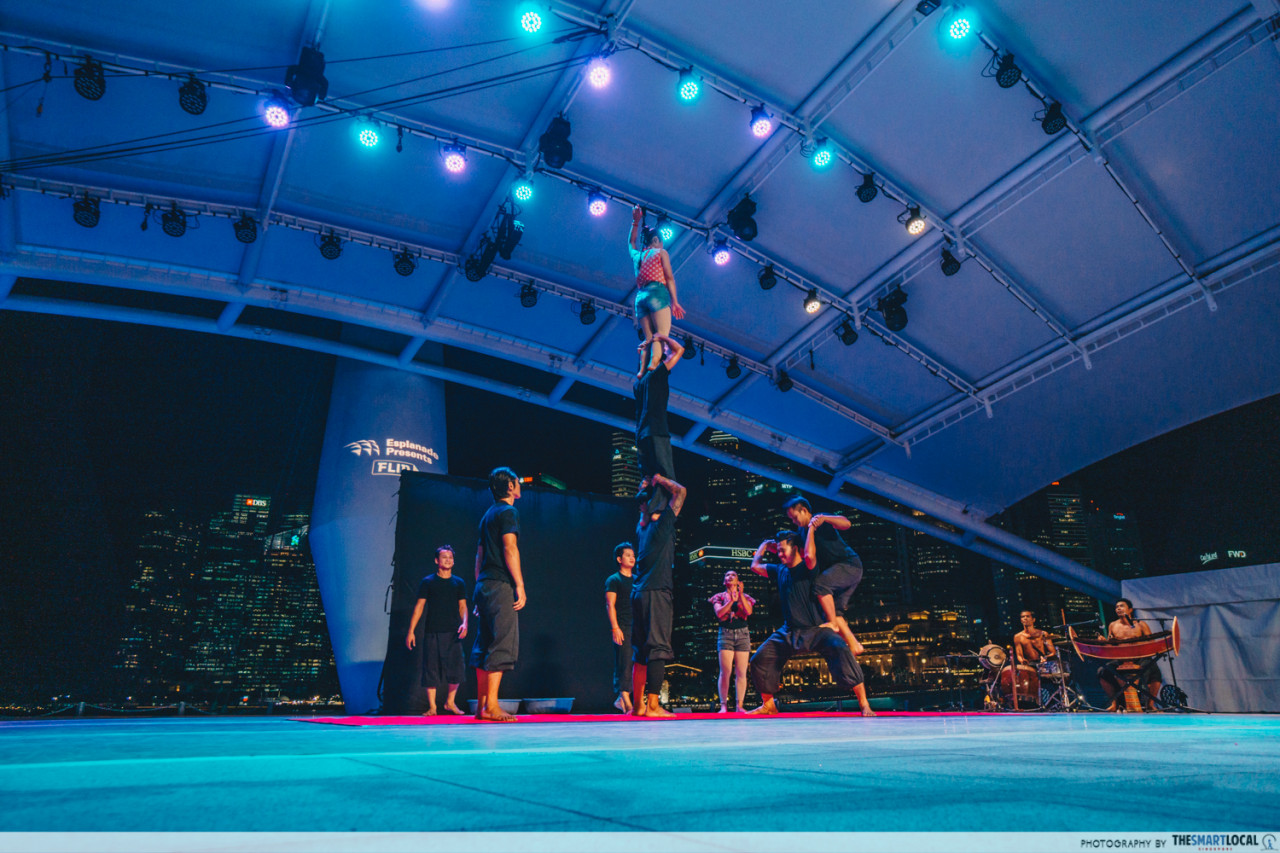 If you’re planning on catching a free performance at the Esplanade, note that seats are usually on a first-come-first-serve basis, so you might want to head over earlier. 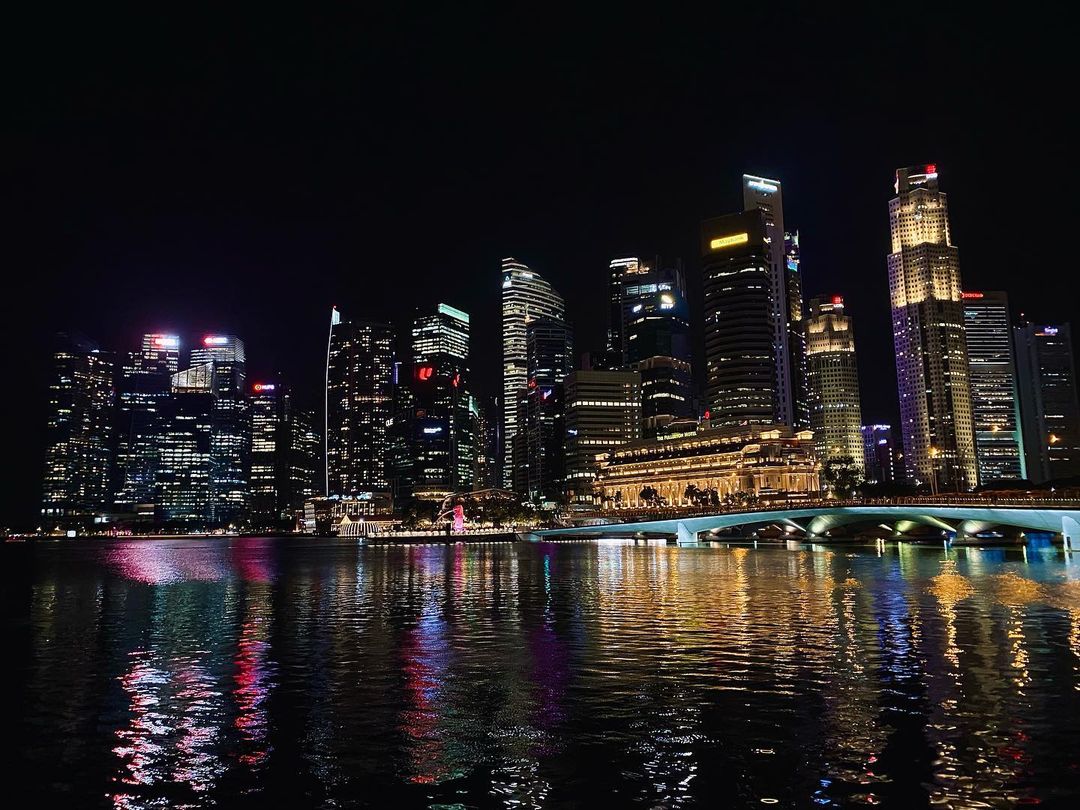 Stroll along the waterfront at night for twinkling views of Marina Bay
Image credit: @lloadingl

There’s also a wide array of art-related shops situated in the shopping area such as a wind instrument shop, a makers’ market and a vinyl store. And if you’re hungry, pick and choose from restaurants like Alter Ego, No Signboard Seafood and Makansutra Gluttons Bay nearby. 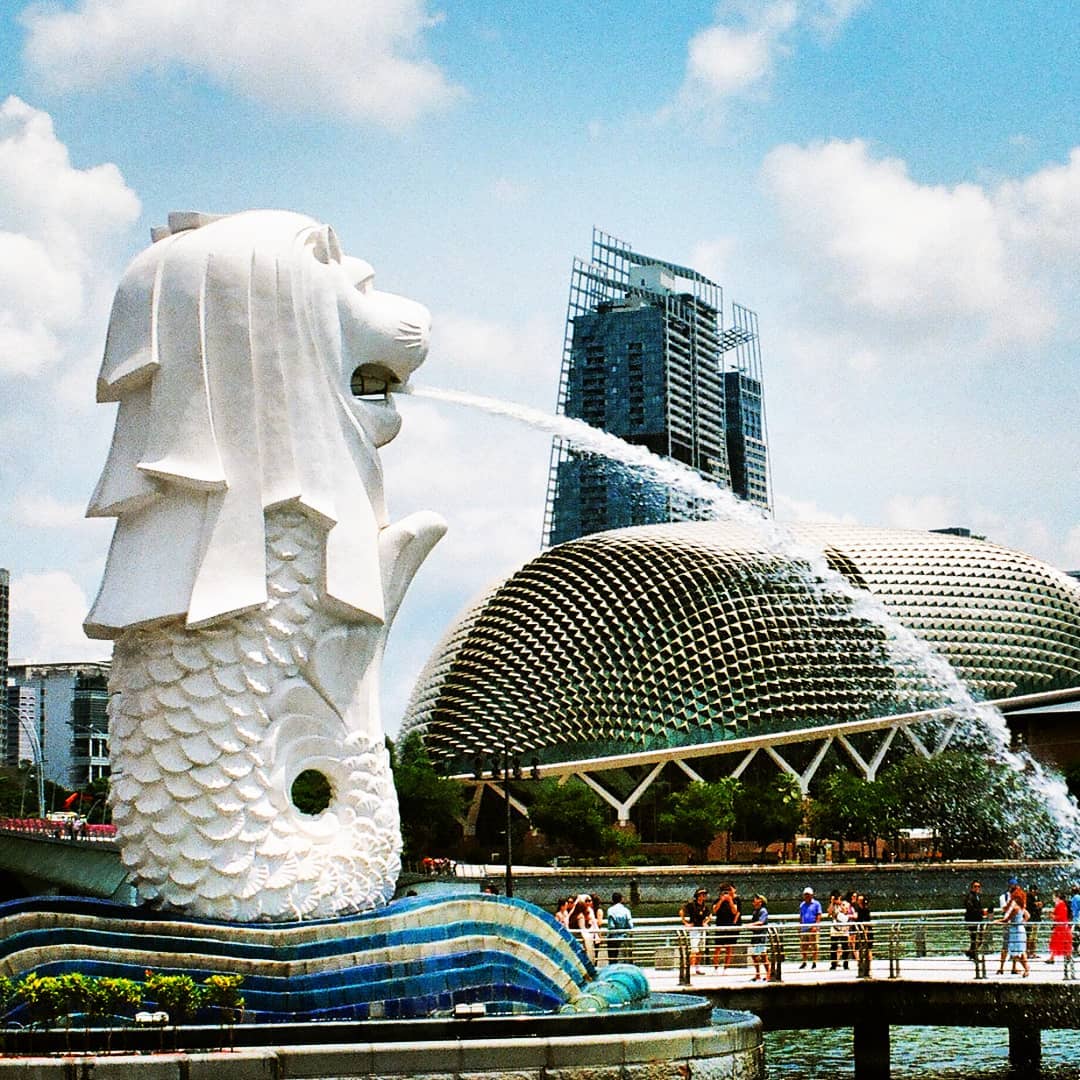 Pro tip: Head over to Merlion Park for a shot of the Merlion and Esplanade.
Image credit: @macainmhire

If you’re planning on making a visit to the Esplanade, make sure to check out their monthly activity guide for ongoing performances, workshops and activities that you can participate in during your visit. 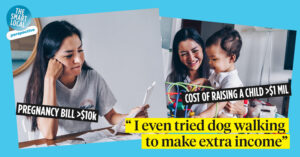 I Tried Making Income On The Side As A Full-Time Working Mum With A Baby
The Official Unofficial Guide To NUS For Freshies & Hopeful Students Who Wanna Apply Next... 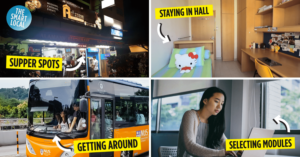