Routine actions like waking up in the morning, taking a shower, or drinking water are rarely things that we’d give a second thought to. But for 29-year-old Melvin Ong, these are the things that mean the world to him now.

On 21st July 2019, an accidental fall from a 2M platform left him paralysed from shoulder down. It happened without any warning. Since then, life for Melvin hasn’t been an easy journey to say the least, but instead of letting disability take center stage and control his life, he defines his future by his dreams and his passions. He shares his story with us:

Toured the world with his punk metal band 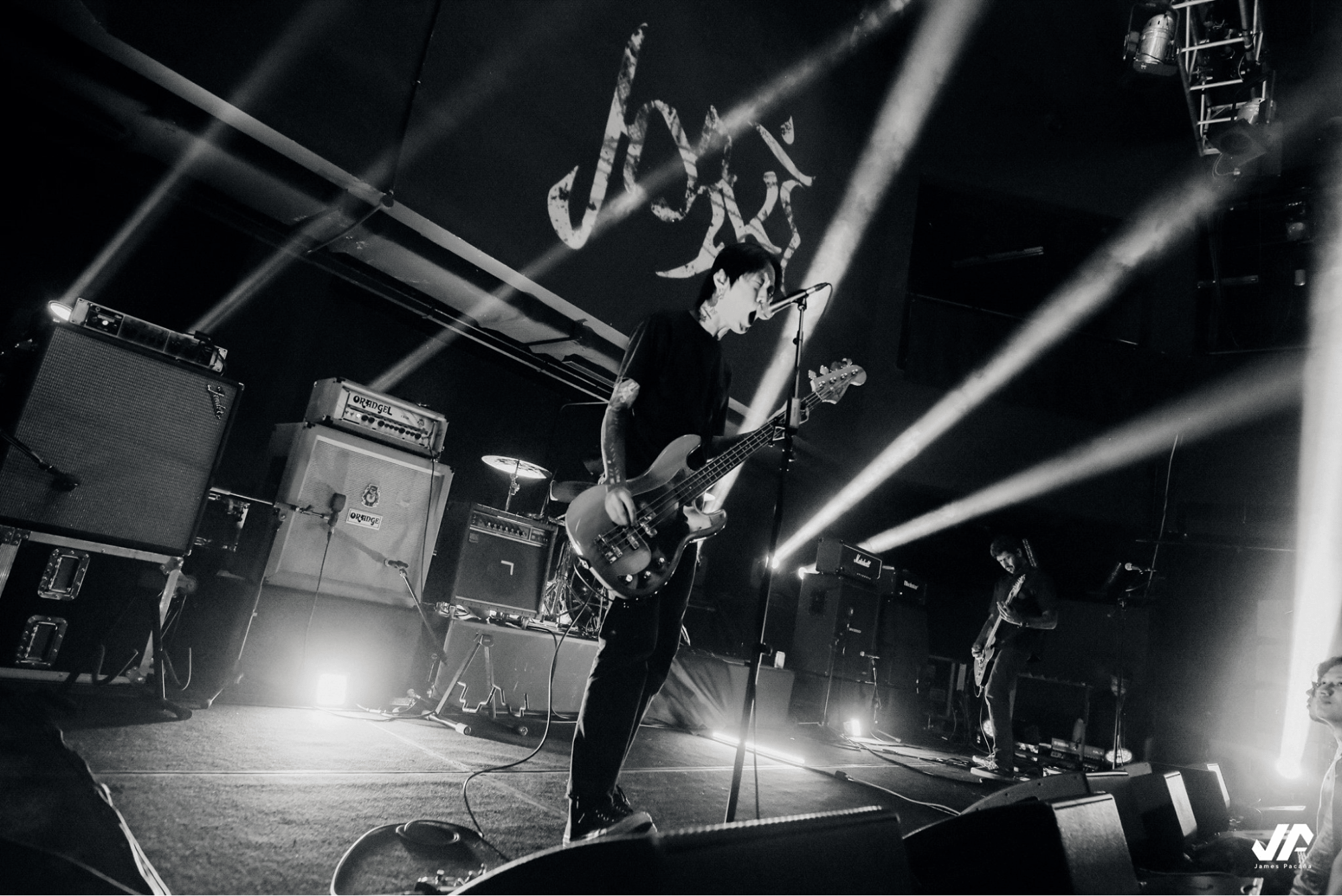 Those into the local music scene might know of Melvin and his punk metal band Hrvst, formed with two of his friends. Melvin’s career kicked off when he was just 15, when he played his very first show and never looked back. Since then, he has played at multiple festivals with his bands such as Baybeats, and even toured the world across Southeast Asia, Japan and Europe.

It all happened at a gig in 2019 when an unfortunate slip caused him to fall from a 2M-high platform, fracturing the C3 and C4 vertebrae in his spinal cord and leaving him unable to move. “If I remember correctly, I was trying to fix some cables on stage. I slipped and fell, and the next thing I knew, I was in the ICU,” Melvin recounted.

Spent 100 days in ICU after the fall

Waking up in the hospital, Melvin was completely devastated to find himself paralysed. “Every day, I wondered what was the point of living anymore if I could not even do the most basic things for myself,” he vividly recalls. 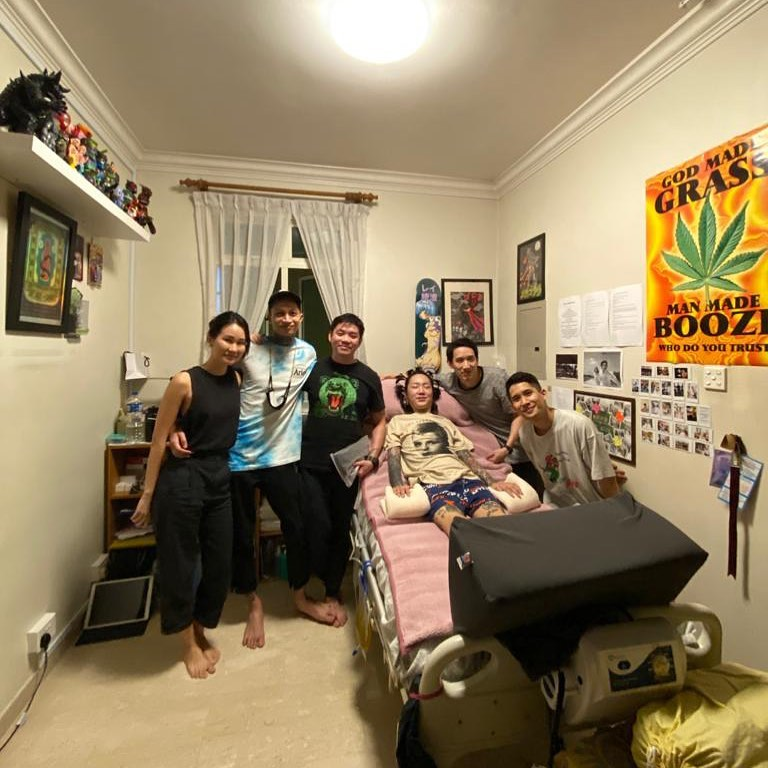 But when the people in his life refused to give up on him and constantly provided encouragement with frequent visits, Melvin found the strength within himself to push on with positivity. He also slowly turned back to religion and rediscovered his faith, which helped him climb out of the dark hole he once thought he’d be permanently stuck in.

Furthermore, Melvin’s condition improved at a much faster rate than expected, fuelling him with hope – a far cry from the period when he was diagnosed. Just last August, he was completely reliant on the ventilator to breathe and speak, and was doing milk feeds through his nostrils.

He was told by doctors that it would take at least 6-8 months to start eating normally again, and when he was first assessed to try swallowing again, he choked. “I thought that all hope was lost and I could not accept this horrible fact – I missed plain water so much,” said Melvin. But to his and the doctor’s surprise, he swallowed just fine at the very next assessment, allowing him to start transitioning to actual food and water again. 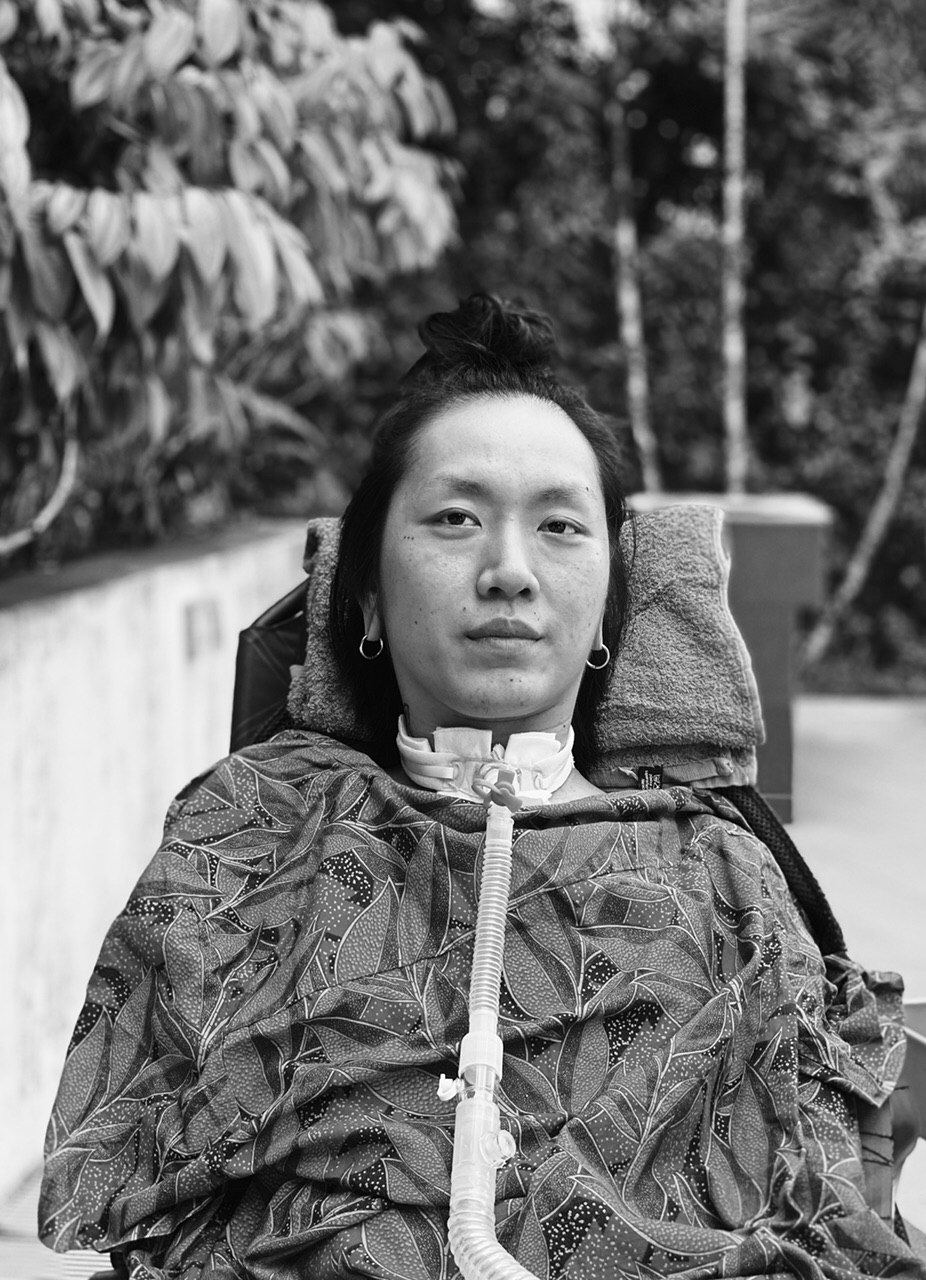 The biggest relief for him was getting off the ventilator – it was projected that he’d need it for at least 3-4 years due to how damaged his respiratory system was. But now, less than a year later, Melvin is breathing just fine and speaking at the same volume as he did before.

With his road to recovery miraculously on the fast track, the medical staff found him fit to return home at the start of October 2019, months before the initial projected date they had set for him to be discharged.

Apart from family, friends and faith, music also played a significant role in helping Melvin move forward after the accident. Even though he is not able to play and tour like he used to, he still wants to do music in one way or another. “It’s the best thing I’ve found in my life and the best outlet for me to express myself,” he describes.

Coincidentally, his rehab doctor was in charge of Tan Tock Seng Hospital’s National Day 2020 video, and got Melvin on board. “The old me would have never said yes to a thing like that,” he chuckles, “but now, I just want to grasp opportunities as much as I can”. 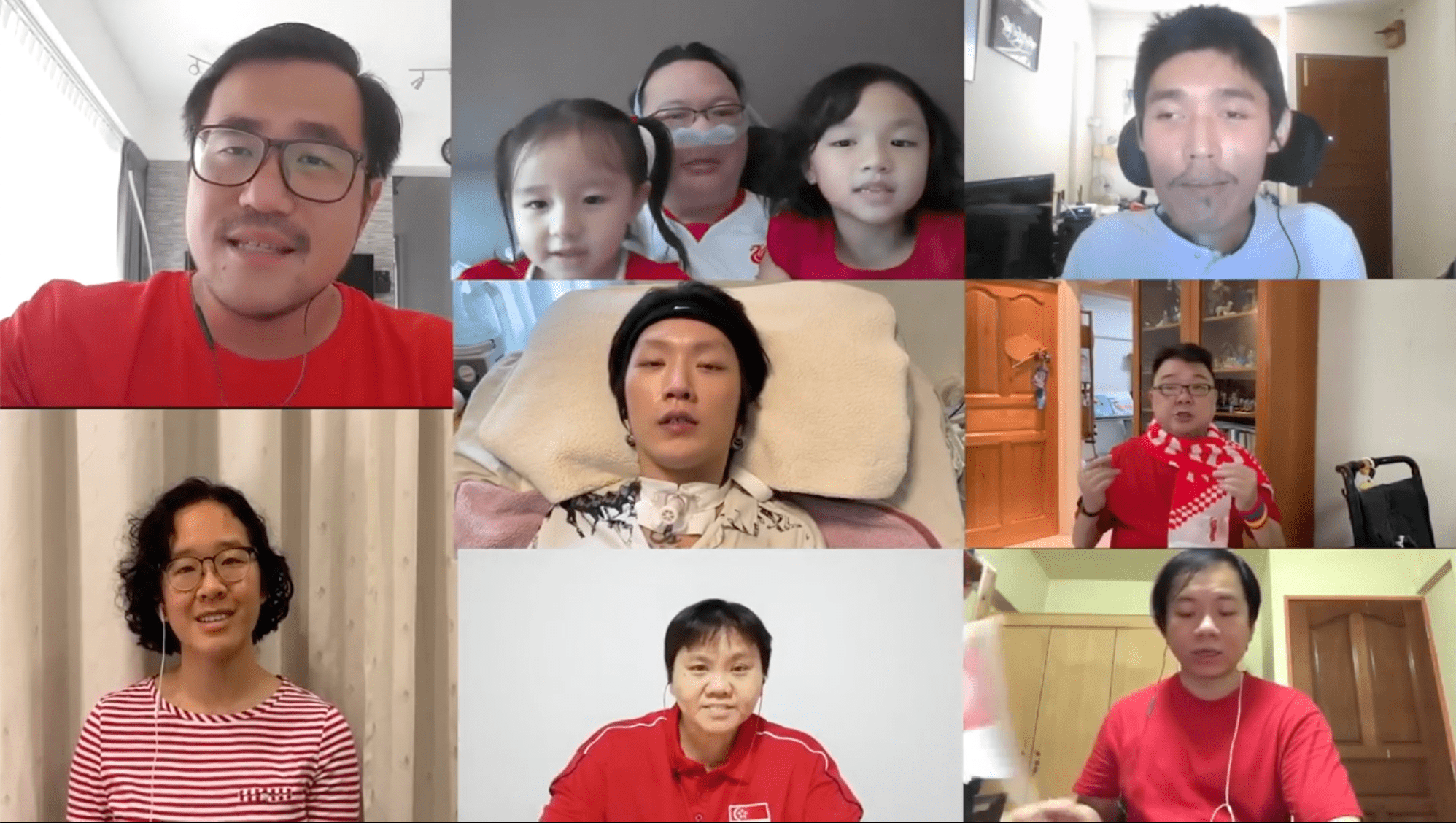 Melvin was part of Tan Tock Seng Hospital’s We Are Singapore Cover during National Day, which helped him relive his first love: music.

When life gives you lemons, make lemonade. And that’s exactly what Melvin did this year through the COVID-19 period and Circuit Breaker. From his home, he kickstarted his own apparel line, Green Spell, which was something he’d been wanting to do for a long time.

In the spirit of giving back to society during this challenging year, Green Spell produced the sale of a line of COVID-19 Relief T-shirts, where all proceeds went towards migrant workers facing difficulties. 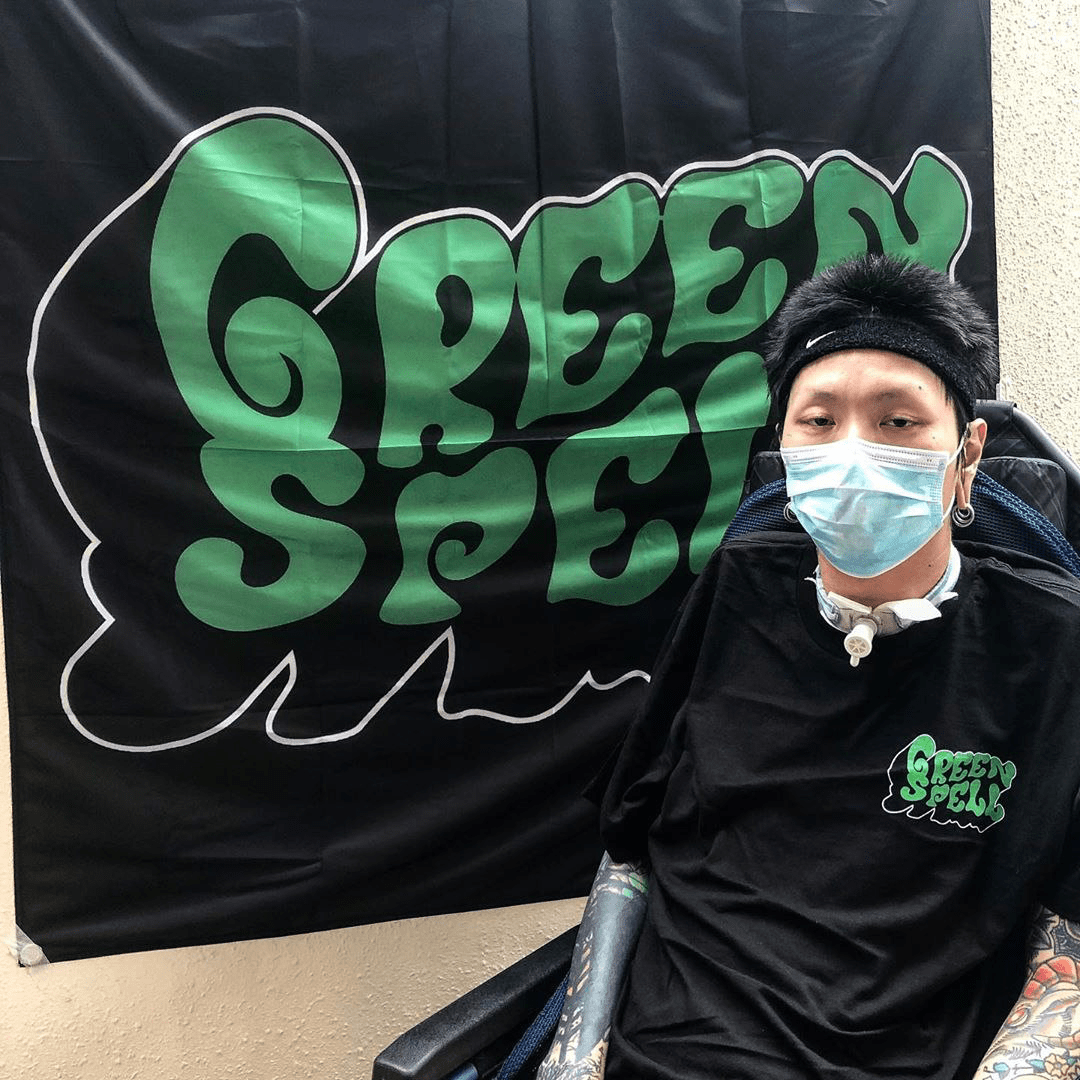 Melvin continues to busy himself overseeing production of Green Spell apparel, as well as coming up with new designs for the brand.

Directing videos from his bed

Besides achieving his dream of starting his own business and falling back in love with music, his skills have even expanded to a brand new role: “director”.

A production house reached out to Melvin recently to be part of a Great Eastern video. He readily said “yes”, but to his surprise, they offered him the role of director. “I couldn’t believe they would trust someone who couldn’t move to do such a huge job,” says Melvin. And despite his hesitance, he took on the challenge head-on. “If I could be of some help, why not?” 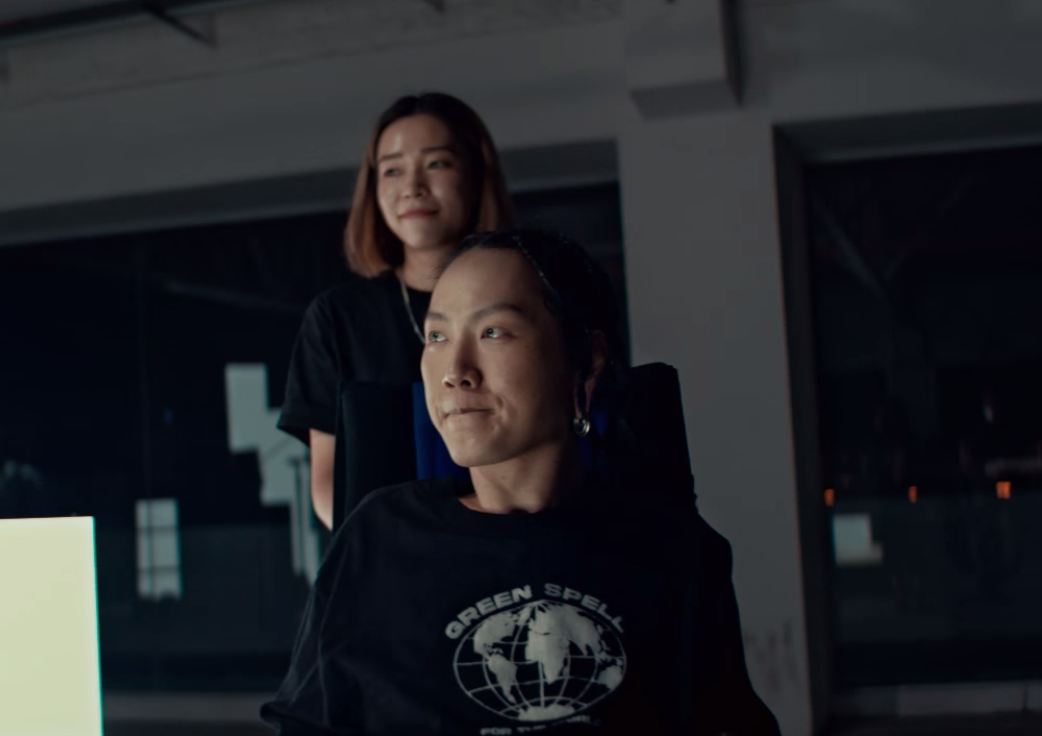 With his prior years of experience in videography and making short films on his own, Melvin managed to pull off the video like a pro. He offered his creative input in colour grading, and went through countless online meetings to discuss the budget and logistics of the project.

The result: an inspiring piece, showcasing four different artists with disabilities – including himself – and how they are not defined by their predicaments.

Watch the video below:

Hopes for further recovery and to work on more projects 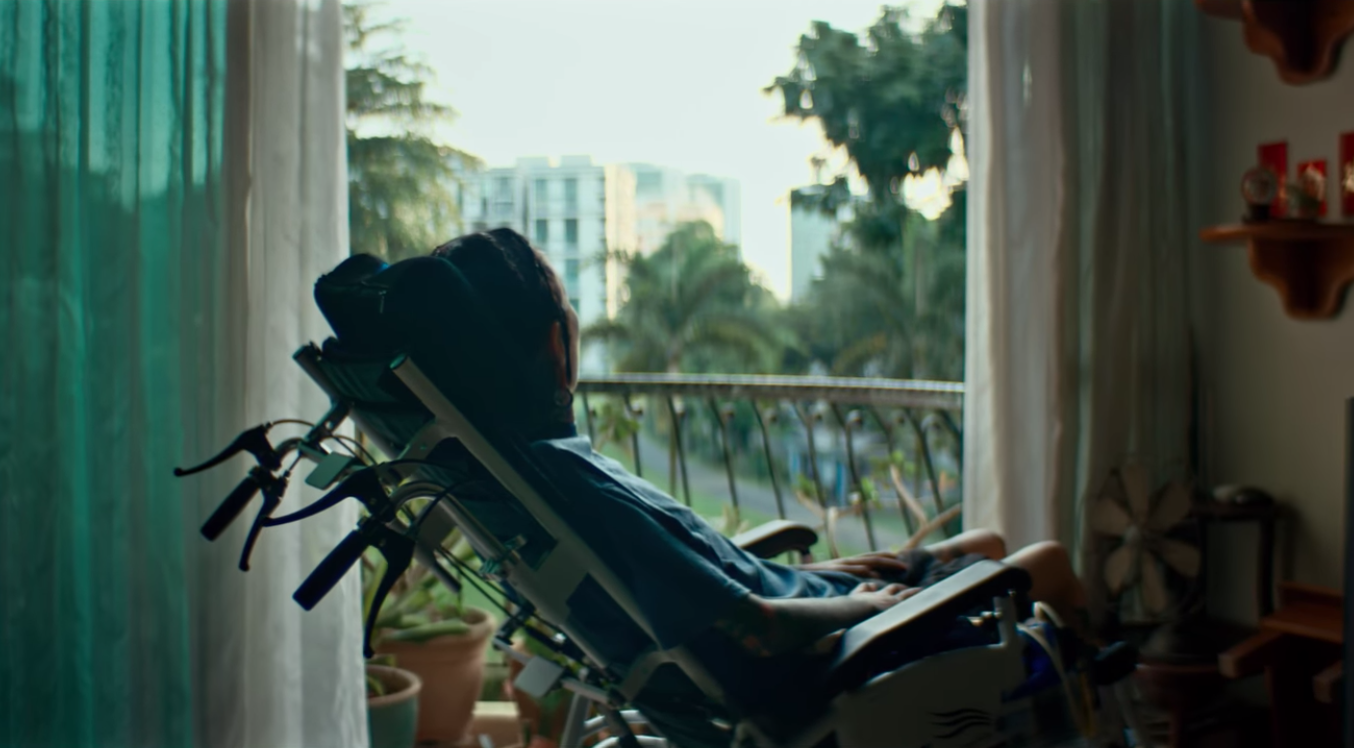 Recovery is still Melvin’s goal and #1 priority for now, as he takes one day at a time. Although his movements are limited, he works on the things that he can still do, and expresses interest to be part of more projects in the future.

He has not given up on music either, and looks forward to picking up his bass again. Until that happens, he’s focussing on reworking songs and putting tracks together with his band.

Speaking to Melvin during the interview, I was moved by his fervent determination despite his unfortunate situation. It’s not everyday that we meet someone whose life is turned upside down, and yet still persists towards their goal – Melvin is truly an inspiration to anyone faced with adversity.

As much as we can try to plan our lives out, not even fortune tellers can be 100% certain of what can happen to us. Accidents and illnesses are grim to think about, but it is necessary to take steps in being prepared for anything that may come our way – including mitigating the costs of medical bills.

Rehab and treatment are often costly, and can’t be covered by MediSave alone. Furthermore, 1 in 30 Singaporeans aged 18-49 suffer from disabilities and have to pay for long term expenses like rehab, caregiver support and healthcare. These can cost up to a whopping $2,300/month without subsidy.

GREAT CareShield, a CareShield Life supplementary plan, comes in 2 plans – Advantage or Enhanced – provides up to S$5,000 monthly payouts for moderate and severe disabilities, where moderate disability means inability to perform 2 out of the 6 Activities of Daily Living (ADL) and severe disability means inability to perform 3 ADLs, so that you can better afford your desired level of long term care services.

To elaborate, with a GREAT CareShield Advantage plan, you can get the following with an annual premium payment of $1017*:

*This example is for a 30-year-old (age last birthday) male, with a premium payment term that goes up to 80 years old. For this premium, $600 can be paid with MediSave, with the remaining $417 in cash.

It’s never too early to get covered – and to give you even more reason to take this step, GREAT CareShield sign ups from now till 31st January 2021 are entitled to 20% premium savings on the first-year-premium, with a minimum of $750 per policy.

You can find out more about the plans at the Great Eastern website here.

From COVID-19 to Melvin’s accident, nothing is certain in life. But what we can do, is to protect ourselves with coverage to ease the road to recovery should that day arrive.

This post was brought to you by Great Eastern.
Figures for illustration only. Terms and conditions apply. Protected up to specified limits by SDIC.
Cover image adapted from: Great Eastern and @cryptintheheavens. 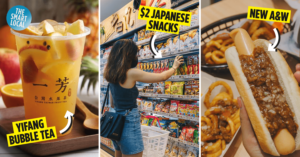 The New Canberra Plaza Is Linked To The MRT, With Shops Including A&W, Daiso & Taiwanese BBT
7 Hawker Stalls Selling Common Singaporean Breakfast With A Twist Like Earl Grey Toast &... 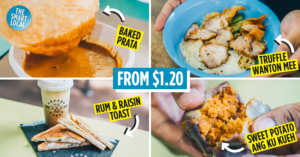