While you might find a kids’ playground at just about every corner in Singapore, one that has an active volcano spewing “lava” is harder to come across. But that’s exactly what Causeway Point has in store: a dinosaur-themed water playground with water jets, a volcano, and a whole lot of fun.

For the little dino devotees, the dozen adventures here will be intriguing. As for the parents, there’s a mecca of shops waiting for you inside the mall.

Don’t be fooled by its humble size because this dino-focused water playground packs a punch. 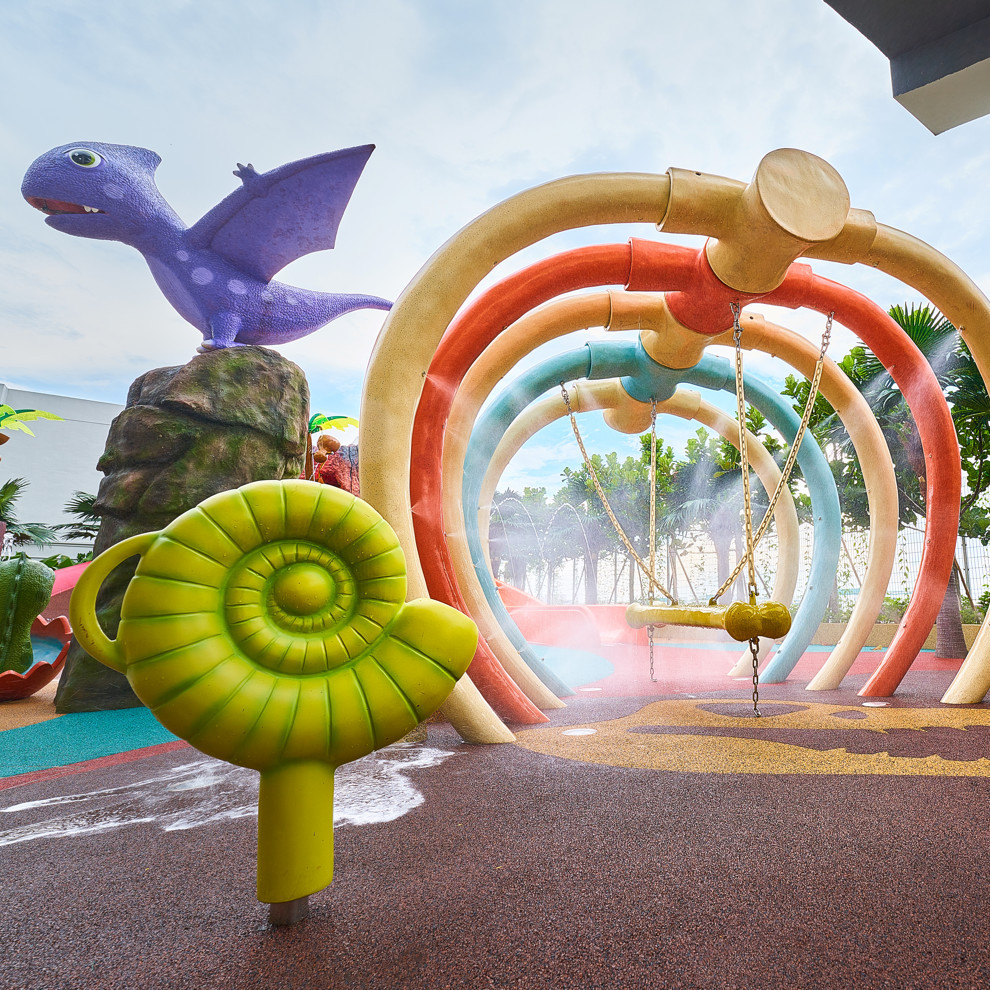 Once you arrive at Level 7, prepare to run after the kids as they roam around the water jets and the 2.2m-high dino rib cage. Try to resist the urge to swing or stand on the dangling bone in the middle as it is strictly for the little ones to sit on. 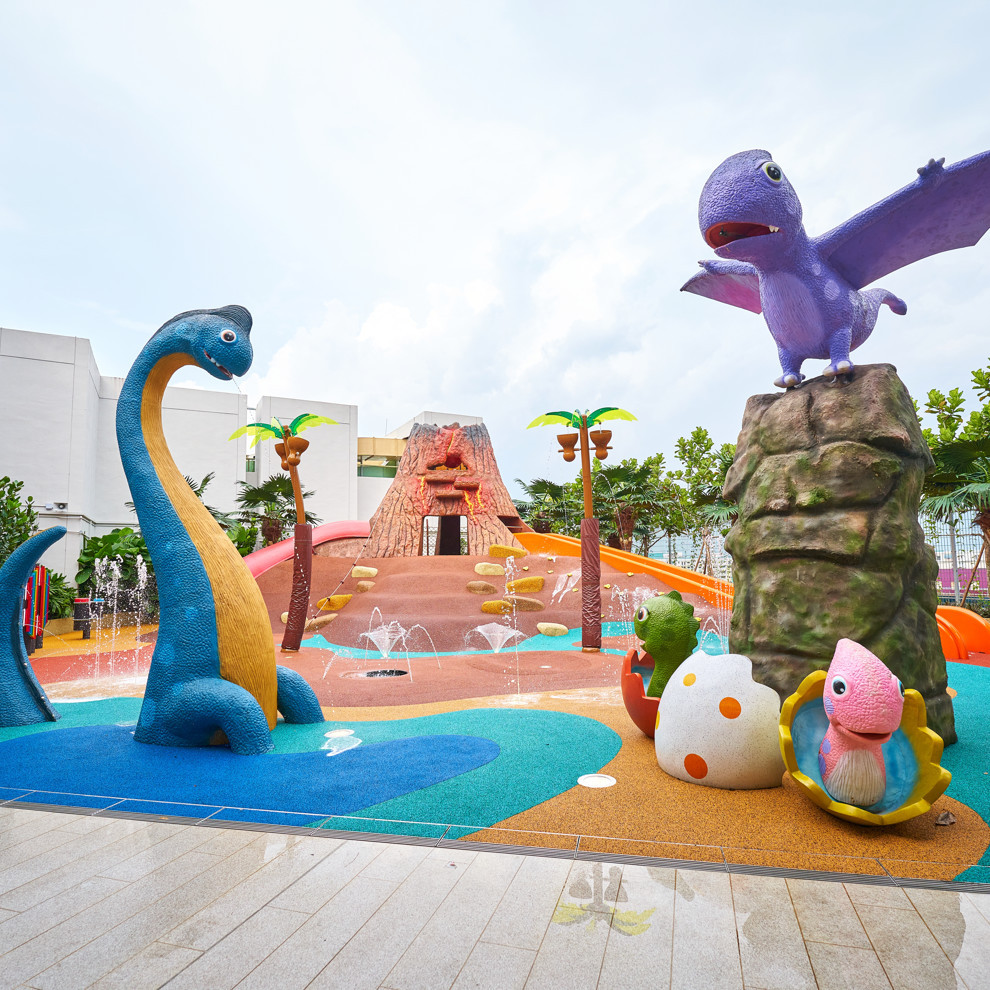 Fans of Cocomelon’s Dinosaur Song can have a go at identifying different types of dodo sculptures around the playground. Expect to spot T-Rex, Pterodactyl, and Triceratops among many other creatures.

Joining the lineup of life-size dinosaurs is a massive volcano AKA the crown jewel of the playground. 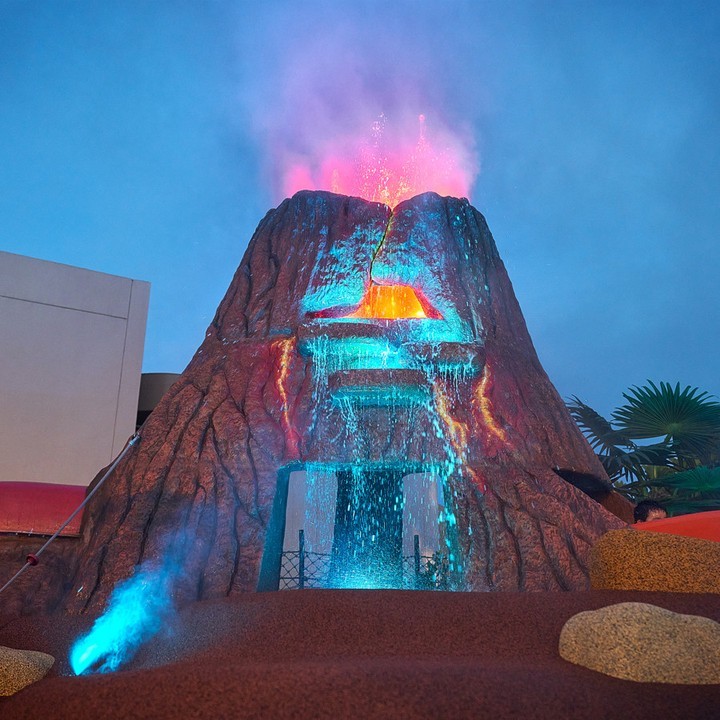 The volcano is actually a massive water jet with slides attached on both sides.
Image credit: @causewaypointsg

Over here, the kids will have 2 options: either splash down the water slide or shoot down the dry tube if they’d rather not get wet. Both can be accessed via the stairs at the back of the volcano. 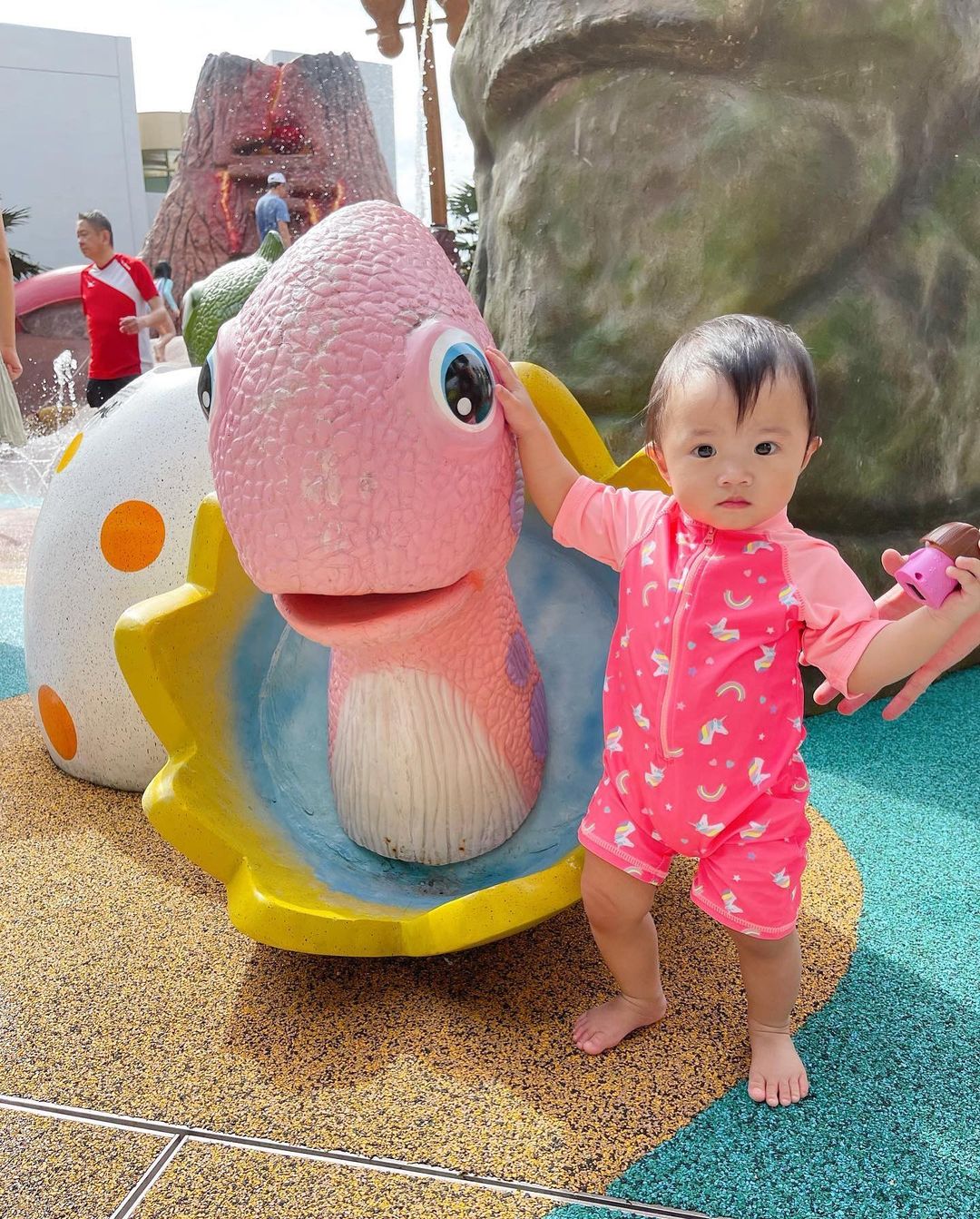 The slides are catered to children aged 5 and above. But that doesn’t mean the grown-ups can’t have a go at it and frolic in the water. As for the tinier tots, there’s a toddler zone with mini dino-shaped fountains and various colourful dino eggs to explore.

Jurassic Mile in Changi might have impressive dinosaurs but it can be a long drive, especially if you live in Woodlands. That’s why the dino-themed water playground at Causeway Point exists so you and the kids don’t have to travel far.

The playground is free for all but keep in mind that each playtime is limited to 45 minutes. There’s an outdoor shower facility to rinse the kids off. However, baby changing rooms are inside the mall should you need one.

Check out the dino-themed water playground at Causeway Point 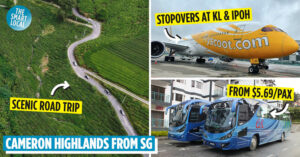 Guide To Getting From Singapore To Cameron Highlands In 2022 - By Car, Bus & Air
IUIGA Has Mattresses You Can Test FOC For 100 Days, Made With Natural Latex &... 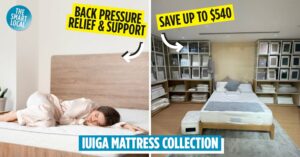