You’ve probably heard sayings such as “13 is an unlucky number” or “don’t walk under a ladder or you’ll face bad luck” before. Every country has its own superstitions, and here are 10 common superstitions in Vietnam that every Vietnamese person has been told at least once.

Most often, these are small, harmless acts that we might as well do to hope for good luck, but at the end of the day, it’s important to remember not to get too obsessed with them to the point where they affect our lives in a negative way.

1. No sweeping the house or taking out the trash on the first day of the lunar new year 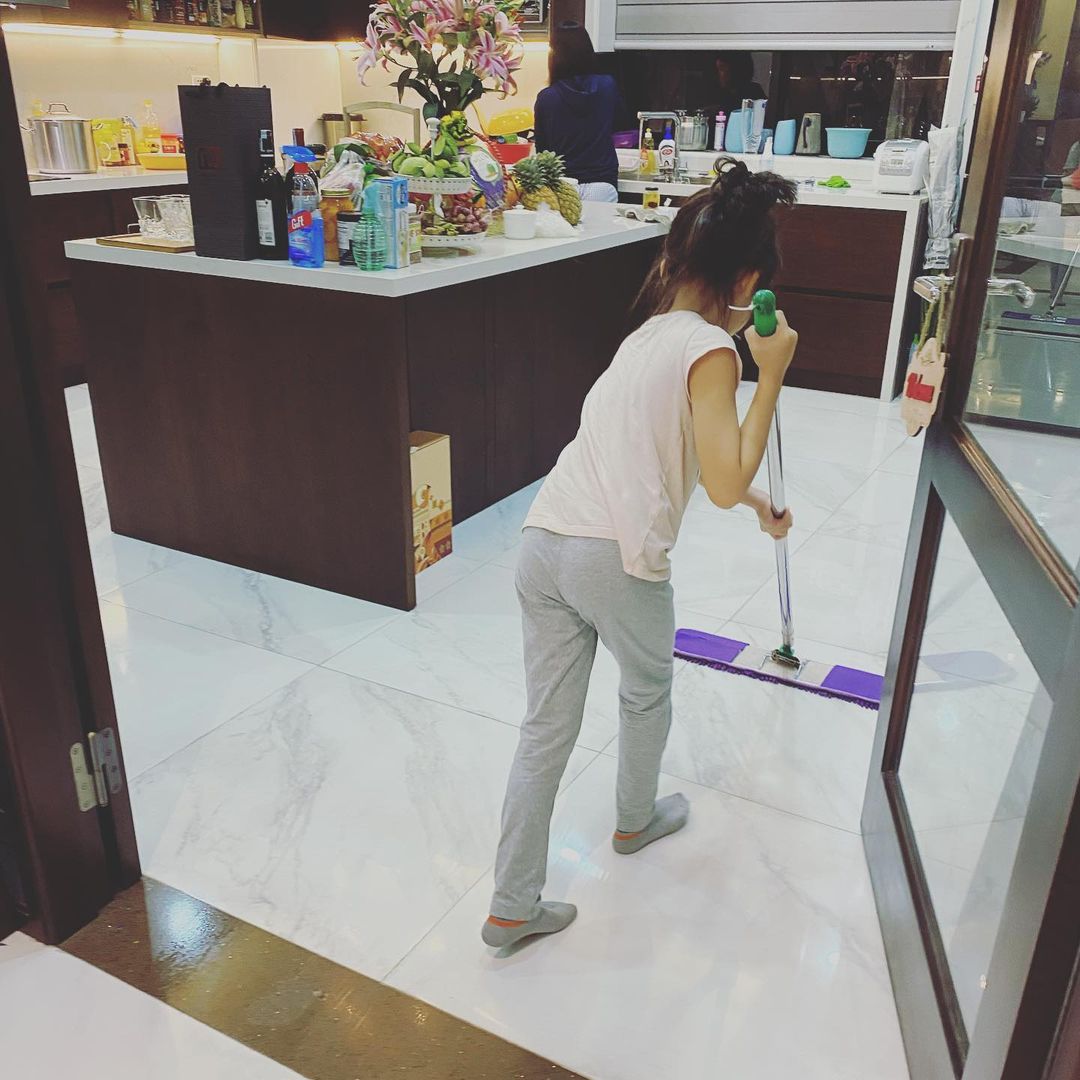 The biggest festival of the year in Vietnam, Tết is a time when we bid goodbye to a lunar year and usher in the next. On this joyous occasion, everyone is hopeful that the upcoming year will bring them good fortune. Thus certain traditions are observed to ward off bad luck.

One of the taboos that people abstain from is sweeping their houses or taking out the trash on the first day of the lunar new year. It is believed that by doing so, you’d sweep out the good luck that the new year brings.

Also, while it is customary for people to visit their friends and relatives during Tết to catch up, those who just lost a family member will refrain from doing so. Again, this is to avoid bringing bad luck into other people’s houses.

If you wish to learn more about Vietnamese Tết traditions and customs, check out our previous article here. 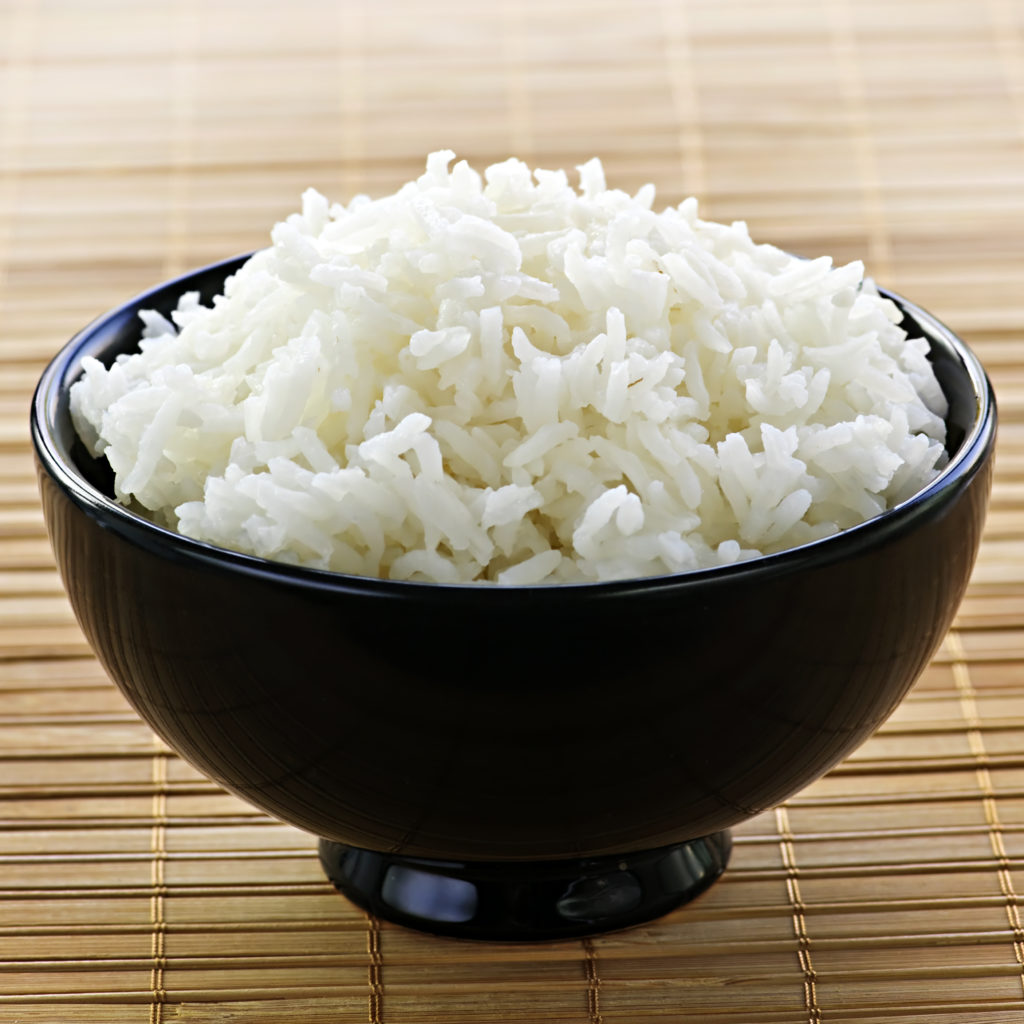 A bowl of rice filled to the brim is said to be for the dead and should not be served to the living
Image credit: ststanislausparish.com

As with many other Asian countries, rice is an indispensable part of a typical Vietnamese meal, to the point where we commonly refer to having lunch or dinner as “ăn cơm”, or “to eat rice.” And as you “eat rice”, there are certain rules that must be followed. These are now considered a part of our dining etiquette, but they stem from traditional superstitions.

First of all, we do not fill our bowl to the brim with only one big scoop of rice, and it is also frowned upon to plunge chopsticks straight down into the rice bowl. These actions are only used to serve rice as offerings to the dead, and so they are considered bad luck in a regular meal. As such, the proper dining etiquette is to fill the bowl only two-thirds of the way, using at least two scoops of rice.

Moreover, kids are often taught not to use chopsticks to hit their rice bowls. Some believe the ringing sound attracts hungry ghosts.

3. No eating eggs before exams 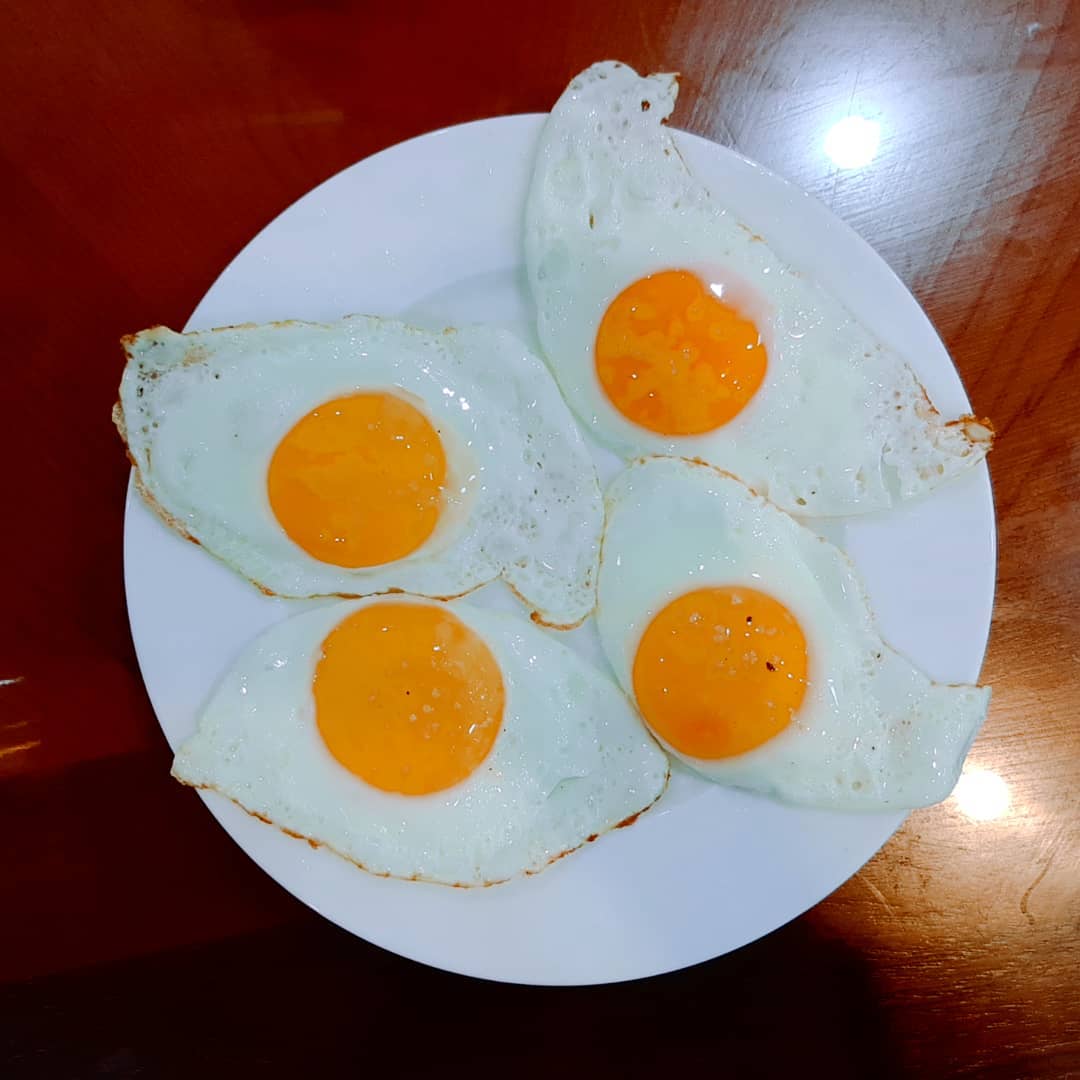 Speaking of superstitions related to eating, in Vietnam, a lot of students avoid having eggs in their diet in the days leading up to a big exam. Reasons? Quite silly, actually. Eggs look like the number 0, implying that they’d get a bad score.

Instead, they prefer eating beans, especially red beans, as red is the color of good luck and beans in Vietnamese are called “đậu” or “đỗ”, which are homophones for the word for “passing an exam”.

Of course, this is often taken lightheartedly as a simple little act to hope for good luck on the big day. Some people also avoid cutting or washing their hair before the exam for fear of washing all their knowledge away. 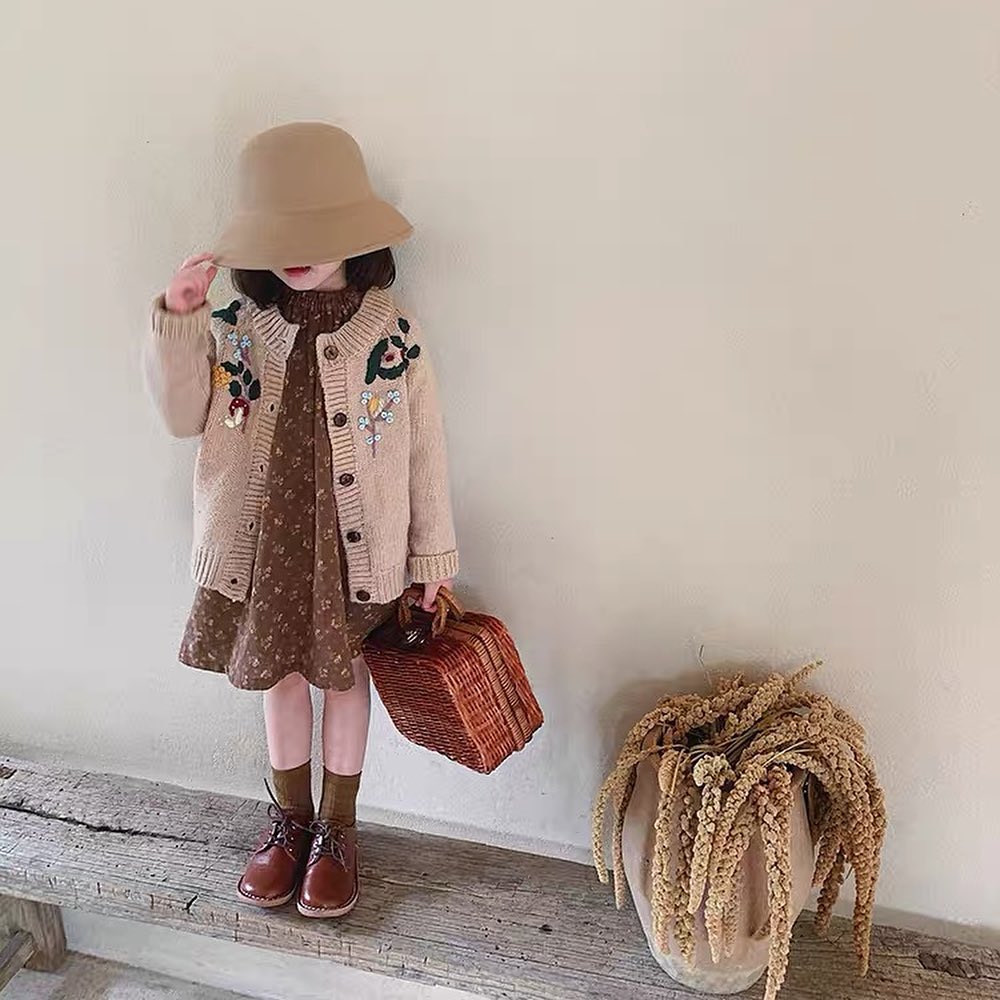 Every parent wants their child to grow up strong and tall, and thus many tell their kids not to wear hats indoors. It is believed that doing so will inhibit the child’s growth.

It is unclear how this belief came to be and none can actually testify if that’s actually the case. Still, when it comes to their children’s well-being, it’s understandable that a lot of parents would rather be safe than sorry.

5. If a dragonfly bites your belly button, you learn how to swim 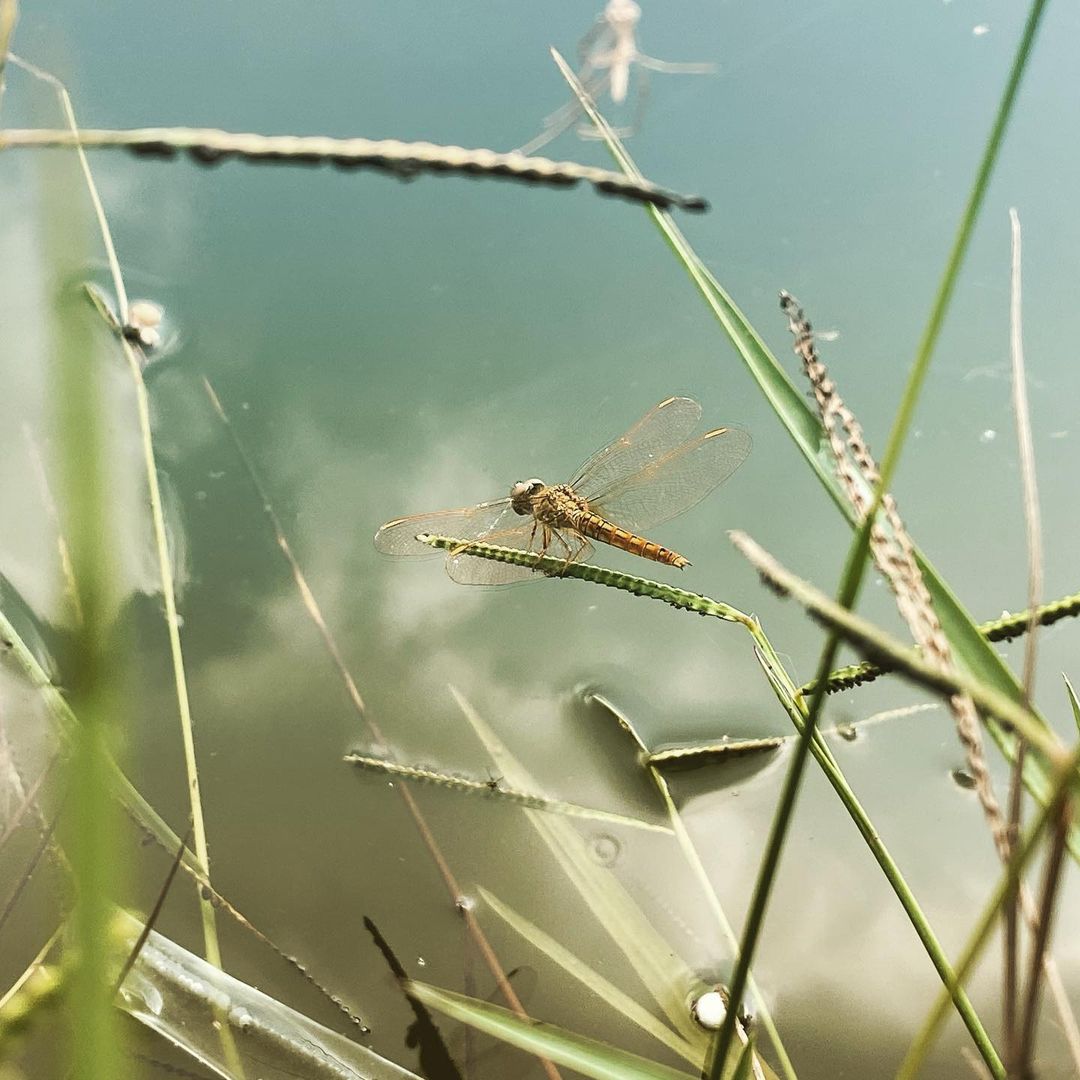 Swimming is a useful and, in many situations, a life-saving skill that’s best learnt at a young age. So for kids who are afraid of going into deep water, Vietnamese parents will sometimes have a dragonfly bite their belly buttons, telling them it’s a gift that’ll help them learn how to swim. 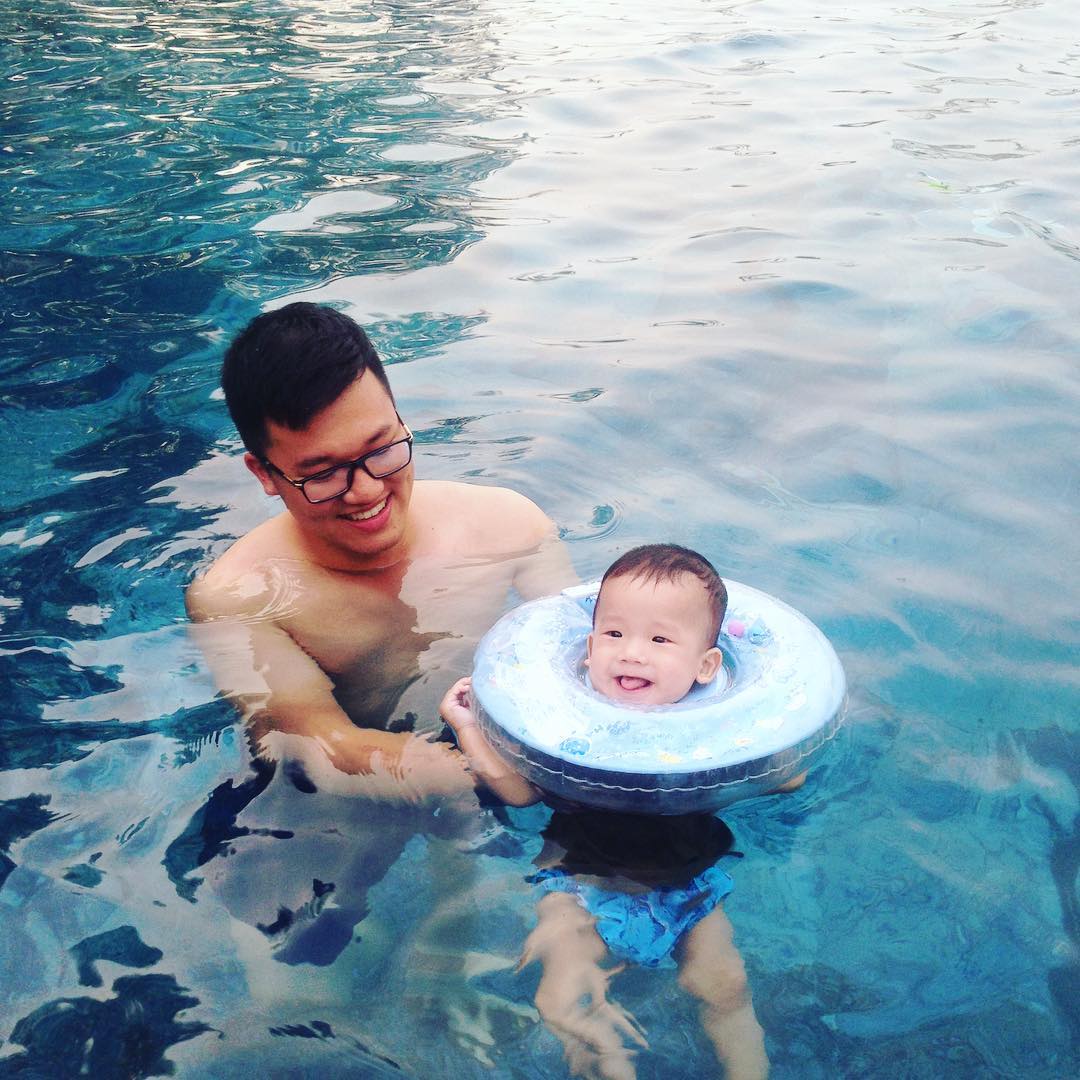 There isn’t any scientific proof to back up this claim, but it’s still a story passed down from one generation to the next, especially in rural areas near rivers. Most likely, it’s just a random act our forefathers came up with as a placebo to help boost our confidence and alleviate our fear of water.

6. Throwing children’s baby teeth onto the rooftop or under the bed 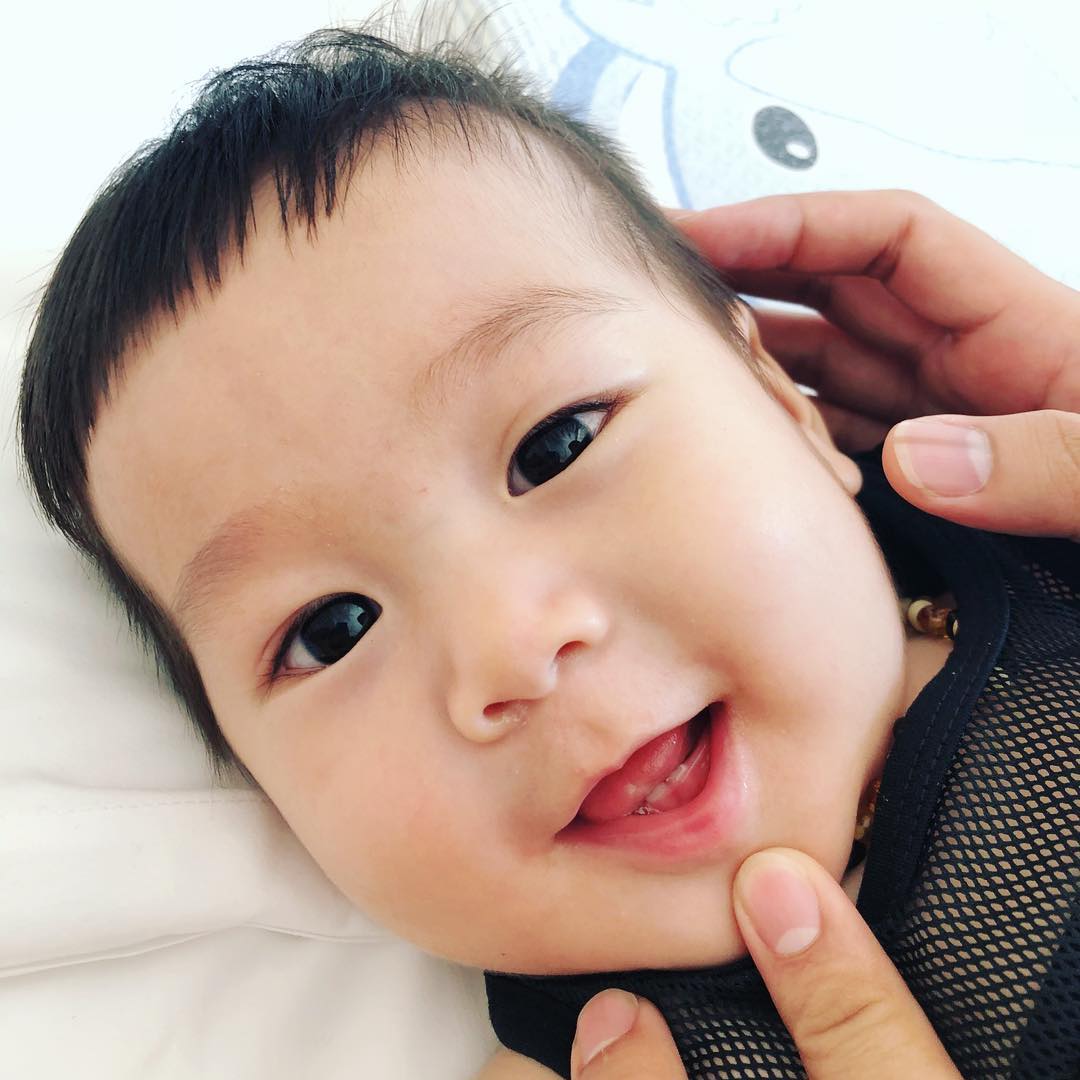 Just as people from other countries have their own tales of tooth fairies, we Vietnamese also have our own way to deal with our baby teeth when they come off.

According to traditional Vietnamese beliefs, once removed, baby teeth from the upper jaw should be placed under the bed. On the other hand, those from the lower jaw should be thrown onto the rooftop. That way, the permanent teeth will grow straight and even, resulting in a beautiful smile.

Again, this is just wishful thinking from parents, hoping that their kids will have all the best in life. Nowadays, though, a lot of dentists are recommending that these baby teeth are preserved. They contain stem cells that can be used to fix damage caused by cancer or other diseases later on in the kid’s life should he or she need it. 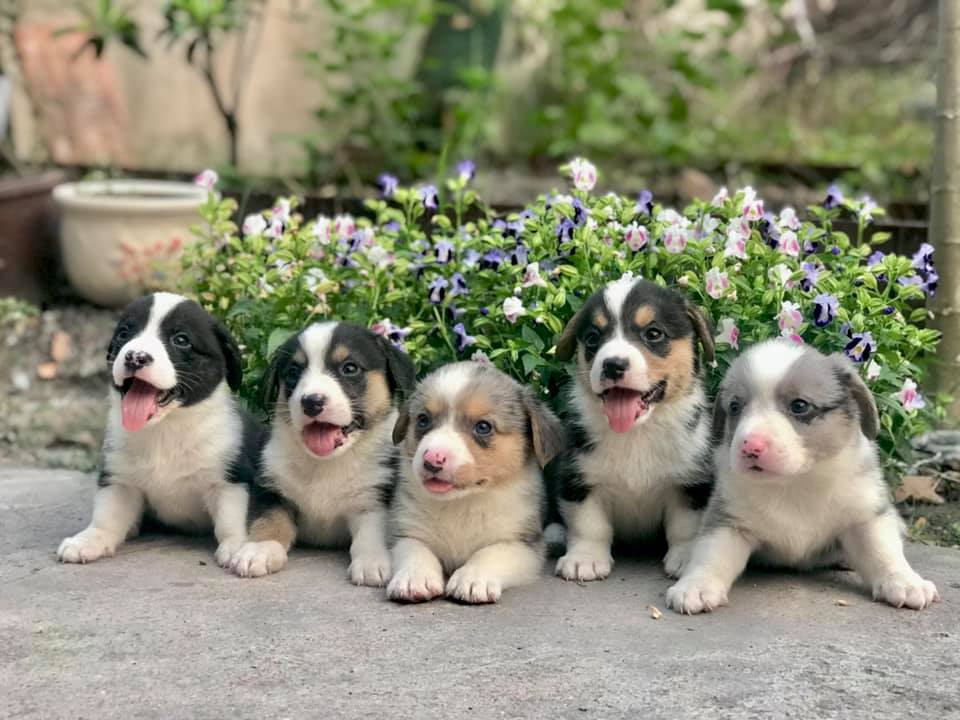 As an old Vietnamese saying put it, a dog coming into your house signifies good fortune. On the other hand, a cat can bring bad luck. 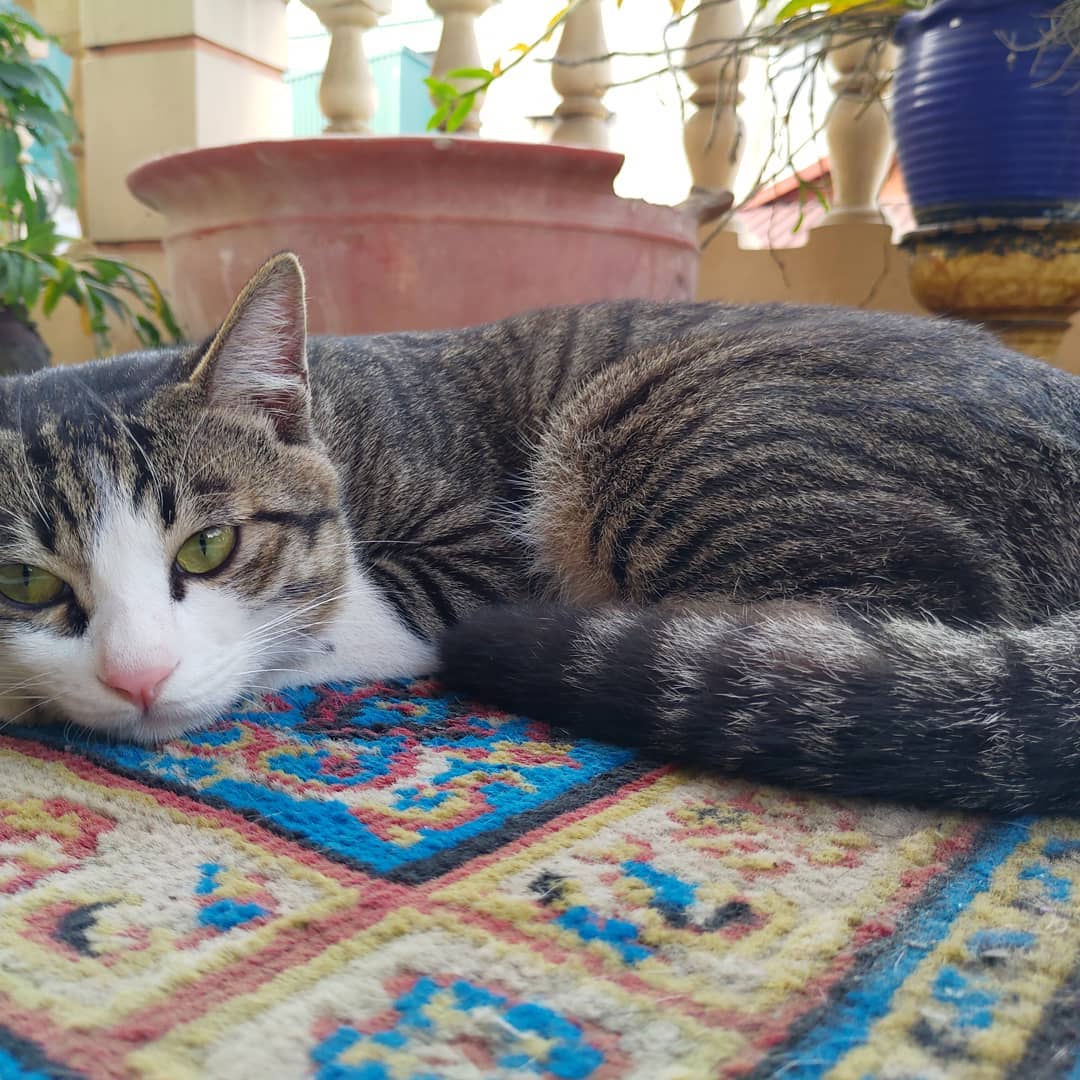 Another way to look at it is that the saying might have come from the two species’ behaviors. Dogs are known for their absolute loyalty and love toward their hoomans, and thus their arrival is associated with positive things coming. Meanwhile, cats are…you know, cats. They come as they please and leave as they see fit, so their presence is often linked to loss and misfortune.

Of course, this is nothing more than an old belief. Today, both dogs and cats are well-loved by thousands of pet owners. In fact, some people prefer having cats as they don’t need as much attention as dogs, making them perfect for the busy lives we’re now leading.

8. Couples going to Đà Lạt together will break up 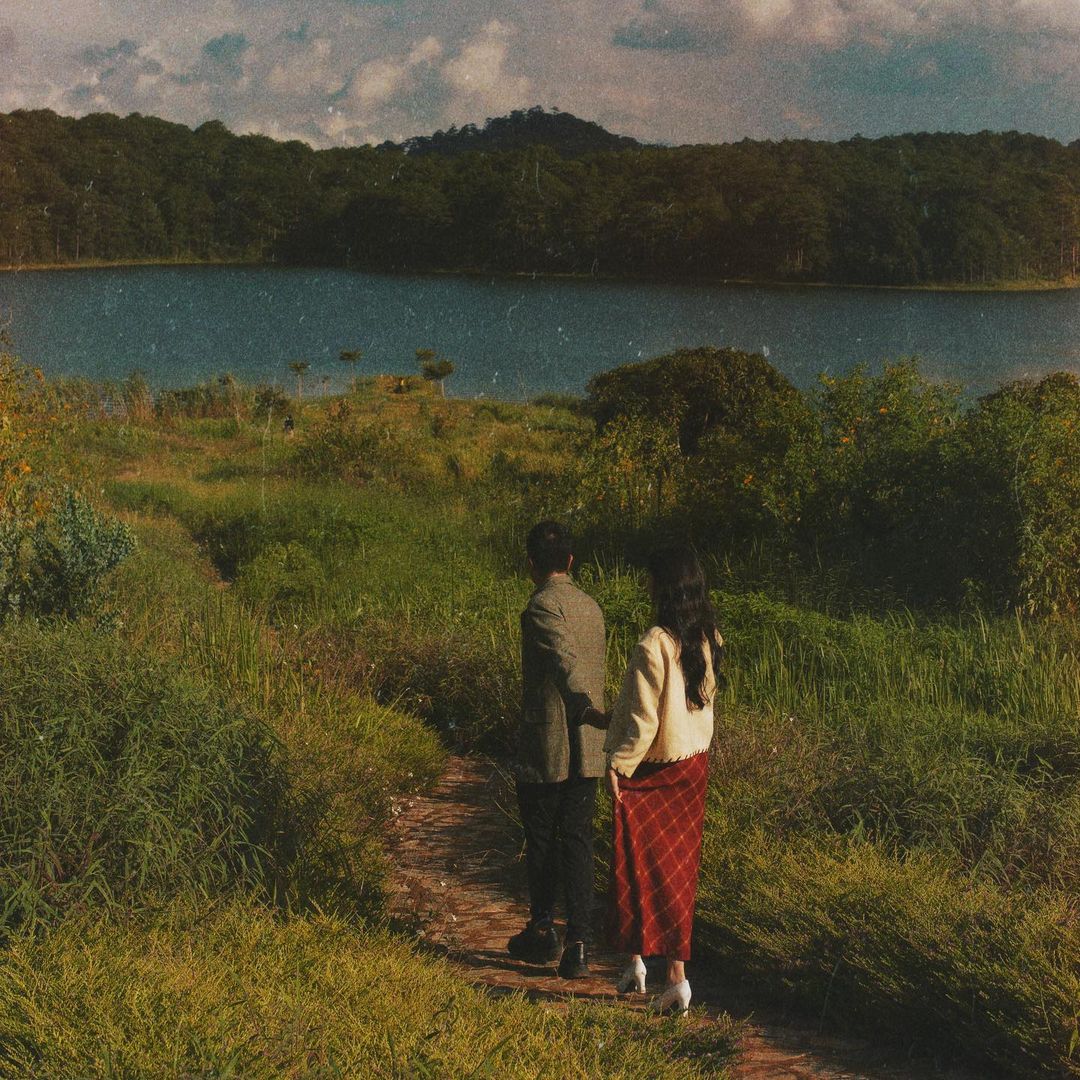 A tourist hotspot of South Central Vietnam, Đà Lạt is famous for its pleasant atmosphere and stunning mountainous views. Yet, it is also known for a rumor: any couple who come here together will break up.

It is unclear where the rumor comes from. Perhaps it’s because the city has a melancholic vibe to it that makes people think of sadness, or perhaps because there are many supposedly haunted places around associated with tragic love stories and ghosts of young girls betrayed by their lovers who don’t want anyone else to be happy.

Still, while you can easily find people online who claim that they themselves have fallen victims to this “curse”, even more will tell you that they’re still perfectly happy with their partners despite having been to Đà Lạt together.

As such, don’t let the rumors stop you from visiting this beautiful city with your significant other. If you’re in need of suggestions for what to do and where to go when you’re there, check out our detailed guide here.

9. No taking pictures with 3 people in the frame 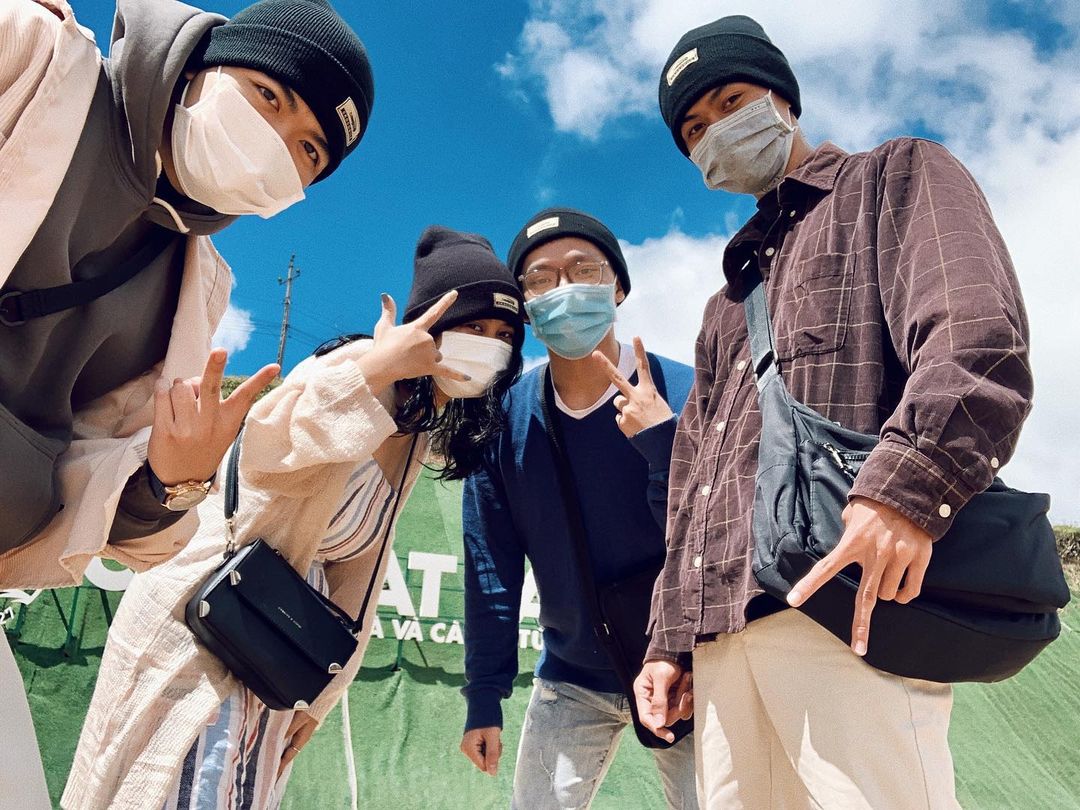 A lot of people in Vietnam would shy away from taking group pictures in which there are three people in the frame. They say doing so would bring misfortune upon the person at the center.

There are several explanations as to why the number 3 is avoided. Some believe it is a typical number mentioned in many instances in Buddhist and Taoist teachings. As such, it is holy and shouldn’t be used by mere mortals. Meanwhile, others say 3 is an unlucky number in fengshui.

In any case, avoiding pictures with 3 people has become a common superstition in Vietnam, even in our modern society. That said, as with all other superstitions, there is no scientific evidence for it, so don’t let it stop you from capturing shots of memorable moments with your squad.

10. “Đốt vía” – a common ritual for shop owners to shoo away bad luck 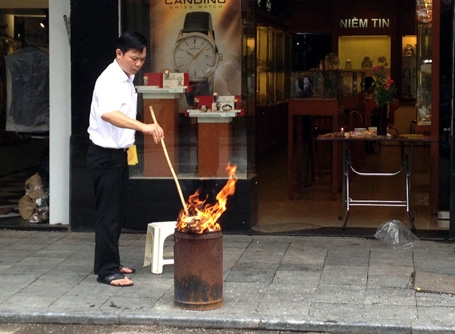 Generally speaking, shop owners in Vietnam are known to be particularly superstitious, as many believe that how well their businesses are doing highly depends on their fortune. And when things are not going well, đốt vía, also called đốt phong long is a common ritual that they often perform to shoo bad luck off.

The ritual is simple: the shop owner lights a piece of paper on fire and waves it around in front of their shop to scare the bad luck away. Sometimes, people can also đốt vía after returning from a funeral to prevent the gloomy aura from clinging onto them.

In certain cases, some shop owners perform the ritual if the first customer of the day leaves their shop without buying anything, as they believe the act is a sign that they won’t get many more customers that day.

If you visit a shop early in the morning in Vietnam, it’s considered common courtesy to buy something even if you don’t really need it – it needn’t be a big purchase, a small item will do.

Many of these Vietnamese superstitions are old beliefs passed down from previous generations that you can choose to follow or not as you see fit.

However, some have roots deeply integrated in our culture that they’ve become a part of Vietnamese social etiquette. It is important to learn about them so as to avoid upsetting people by mistake.

If you’re interested in learning more about Vietnamese culture, check out: 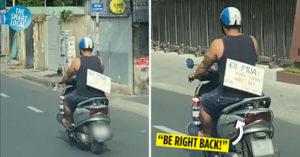 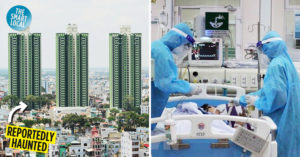