Ghosts and demons in Vietnamese folklore

Every country has its own share of horror stories and legends, and many people find them intriguing. They reflect a part of the local people’s culture and lifestyle, as well as add a level of mystery to common occurrences and locations.

So, for the thrillseekers out there, we bring you legends of 9 types of ghosts and demons in Vietnamese folklore, whose stories are passed down from one generation to the next. 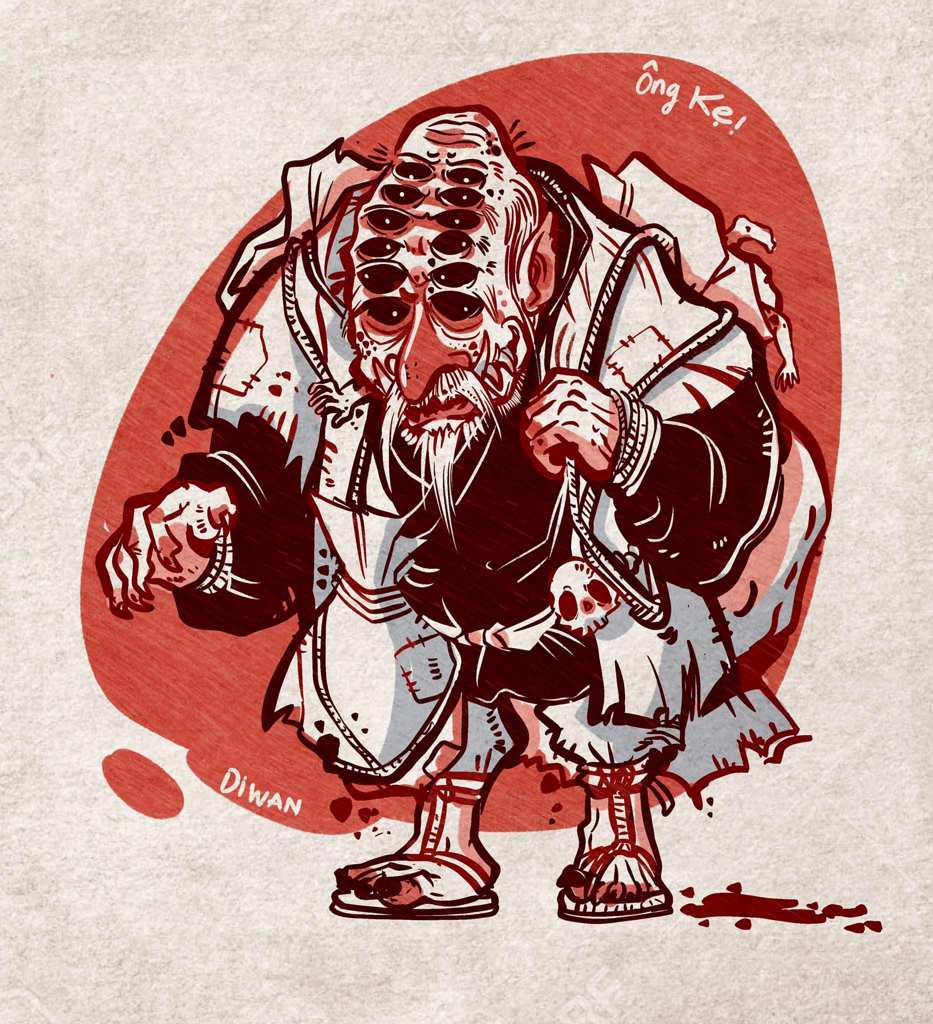 Most Vietnamese kids can probably remember growing up terrified of Ông Ba Bị, or the “three-sacked man”. “Stop crying or Ông Ba Bị will come and take you”; “Eat your broccoli or I’ll call Ông Ba Bị”, our parents would tell us.

Basically, this demon is the Vietnamese equivalent of the Bogeyman – a mythical figure invented to scare children when they are disobedient.

Folk verses describe Ông Ba Bị as an old rugged man with “three sacks, nine straps, and twelve eyes”, who likes to kidnap naughty children using his sacks. There are claims that the figure originated from the 17th century, when starvation ran rampant in Vietnam, driving many people into kidnapping others’ children to sell.

Whether this is the case or not, we know that the tales are told from parents to children all the way to this day. It would seem using a fearsome figure to scare kids into behaving is a universal thing. 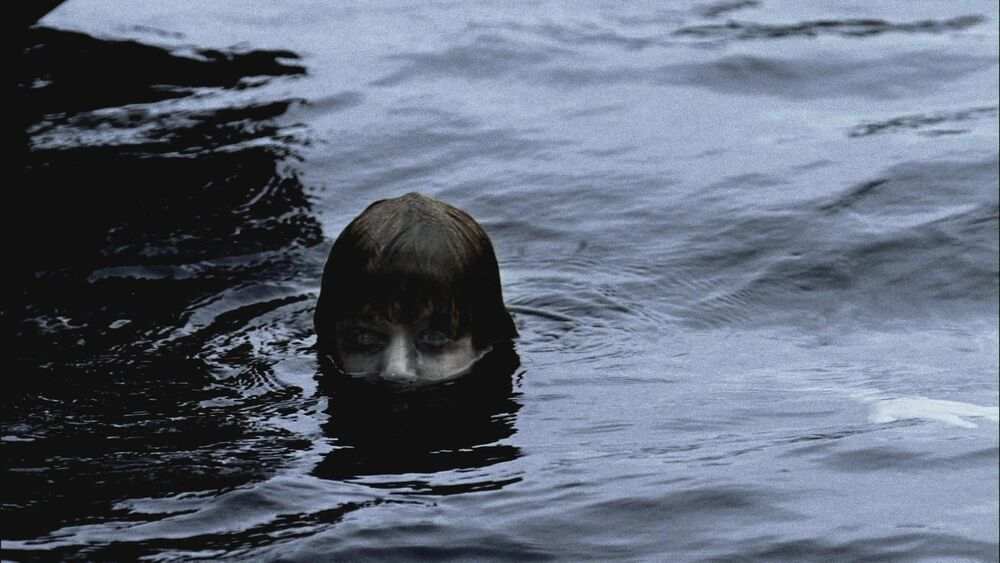 Aside from Ông Ba Bị, children living in river areas are also taught to fear Ma Da – vengeful spirits who lurk in bodies of water.

Believed to be the souls of drowned victims, Ma da often manifest as bloated corpses with weed for hair. As these poor souls died in torment, they cannot find peace and can only be reincarnated if there’s another to take their place. As such, they roam in lakes and rivers waiting to drag down unsuspecting swimmers.

Again, the stories are most likely made up to warn children not to go swimming unsupervised, as fatal water-related accidents are still common in Vietnam. 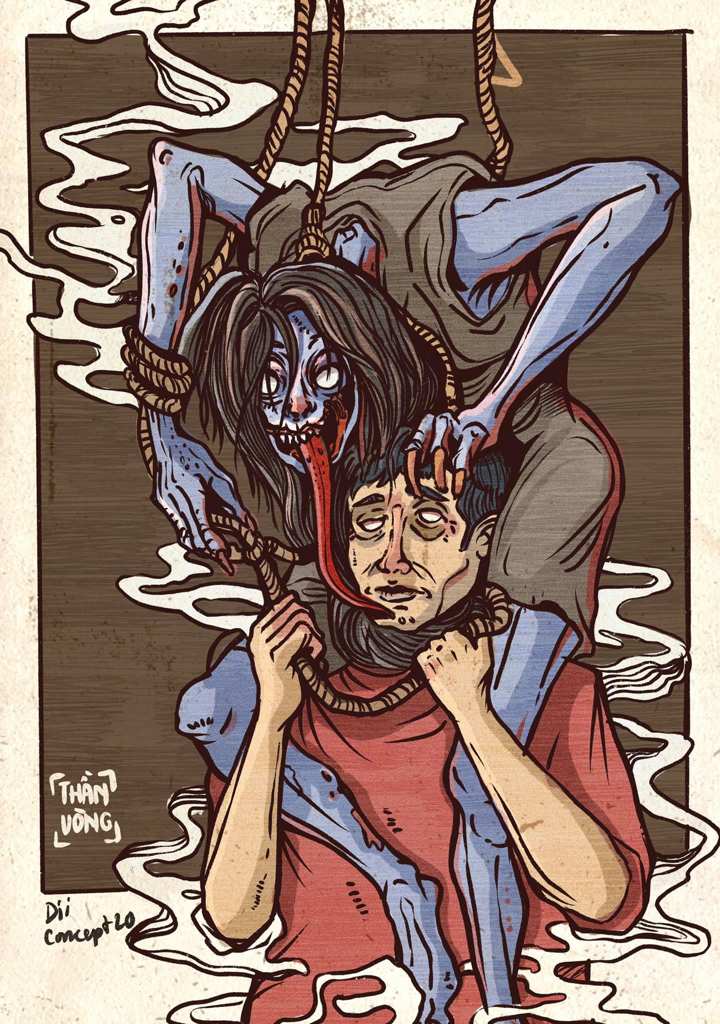 If Ma Da are spirits of the drowned, Ma Thần Vòng are the souls of hanged victims.

Most often, people found dead by hanging are suicide victims, indicating that they had suffered some sort of injustice or tragedy in life. As such, their souls linger at the sites of their death, waiting to strangle anyone who comes close as a way to express their hatred and anger.

It is believed that only an experienced exorcist can overcome all this negative energy and send Ma Thần Vòng to the nether realm, though some say they can also be destroyed by burning the ropes they had used to hang themselves. 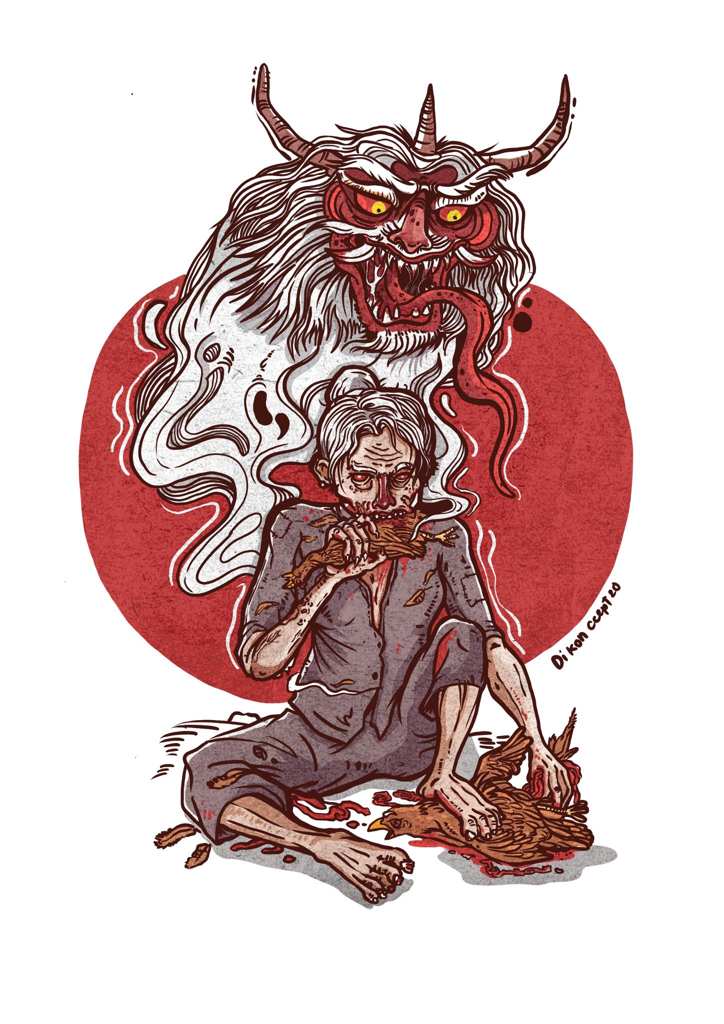 Legends have it that when someone passes away and is prepared for burial, we must take care not to let a black cat – the symbol of bad luck – leap over the deceased’s coffin. Otherwise, the body will be infested by evil spirits, turning into Quỷ Nhập Tràng and chasing the living.

Other stories also claim Quỷ Nhập Tràng are spirits of the dead who prey on frail, dying people, seeking to consume their souls and steal their bodies so as to indulge in earthly pleasures. When that happens, the sick person will appear reinvigorated, but also start to act oddly. Often, they ask for lots of food, sometimes including peculiar things such as raw blood or even living animals.

Their behaviors might be mistaken for signs of recovery, which is why this version of Quỷ Nhập Tràng can live among people for days before anyone starts suspecting anything. In truth, though, the person is already dead, their body possessed by another soul. It is said that once the evil spirit is expelled by an exorcist, the body will immediately show signs of decay, as if having been dead for days.

In any case, some would argue that these legends are just exaggerated accounts of incidents where someone is wrongly declared dead and wakes up during their funeral. 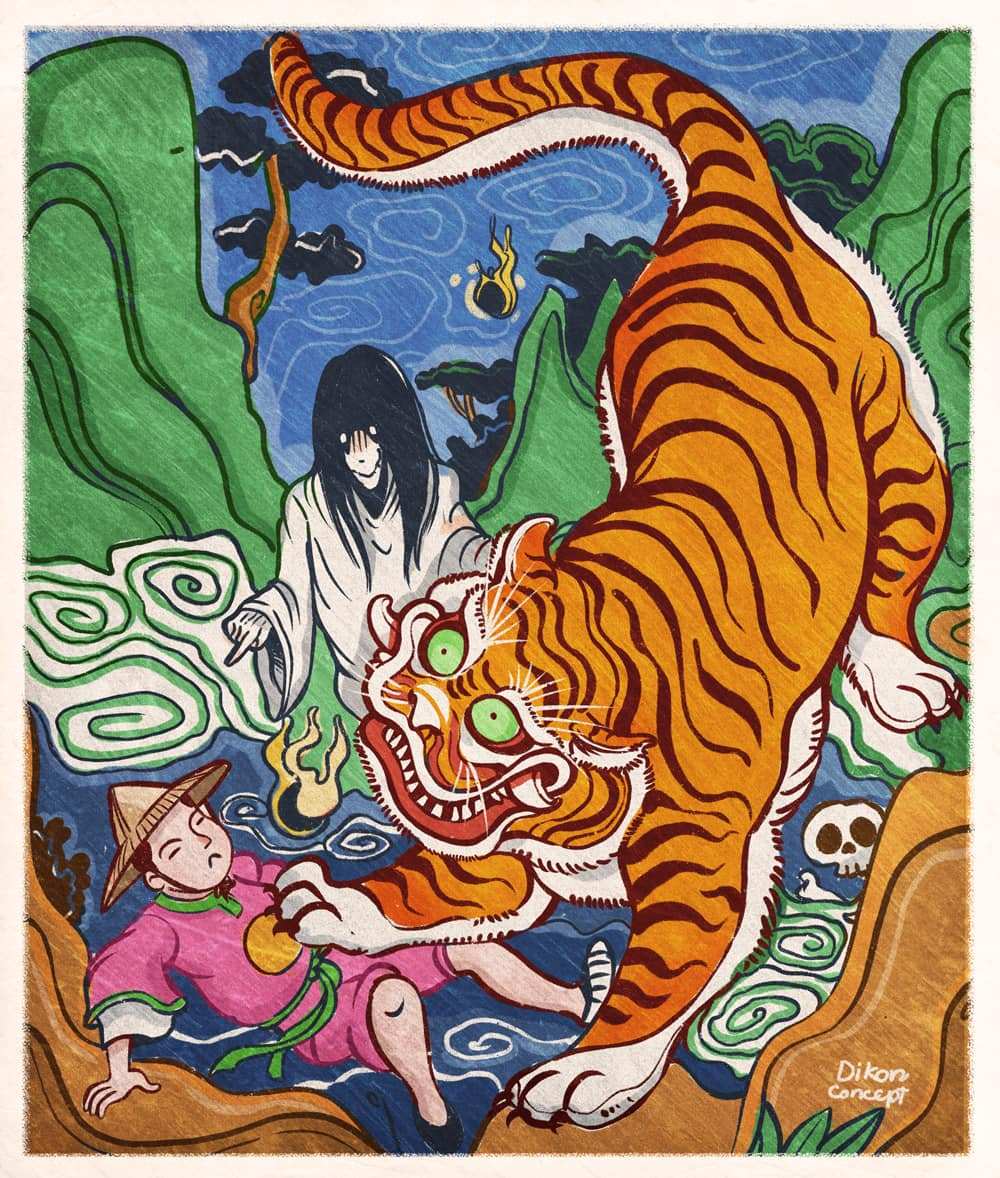 People of the Mường ethnicity living in mountainous regions in Vietnam’s Thanh Hóa Provinces still pass on stories that if a tiger lives long enough to prey on 100 people, it becomes a demon. It acquires superior intelligence and physical capacities, its hair turns gray, and red dots appear on its ears marking how many people it’s killed.

These tiger demons like to brutalize their victims and enslave their souls, turning them into Ma Trành – who are bound to do the tigers’ will for eternity. They appear as normal humans, but often wander around the forests trying to lure people to their masters.

These beliefs leave locals reluctant to go deep into the forests, especially after dark. But then again, perhaps they are only legends stemming from people’s fear of the unknown and the dangers that lurk in the wilderness. 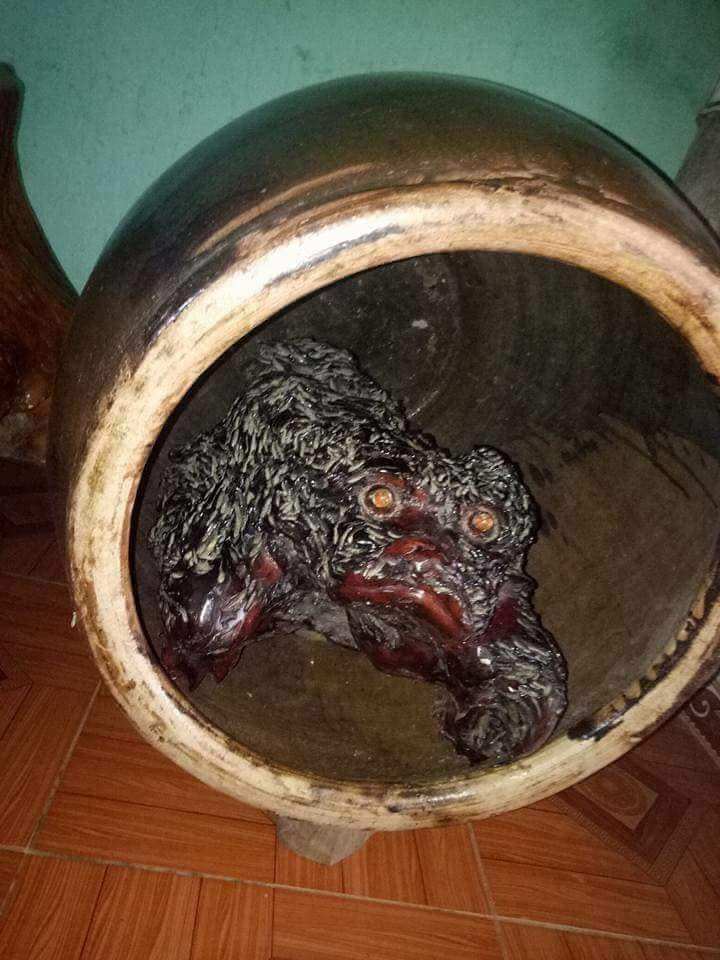 People in Vietnam understandably try to avoid most ghosts and demons, but Ma Gà – literally translated to “chicken ghosts” – are apparitions that some actively welcome into their houses to serve as guardians. It is said that burglars or uninvited trespassers who enter a house protected by a Ma Gà will immediately drop dead on the spot.

The name Ma Gà might lead people into thinking these ghosts look like chickens, but as far as the stories go, they are formless lumps often kept inside a jar. They got their name because chicken is said to be their favorite food.

But keeping a Ma Gà is a dangerous affair, as the homeowner must constantly worship and provide them with ample food, otherwise they will turn on their keeper. Some also say the evil aura will cling onto the homeowner’s family, affecting their mental and physical health, as well as that of those around them, over time. 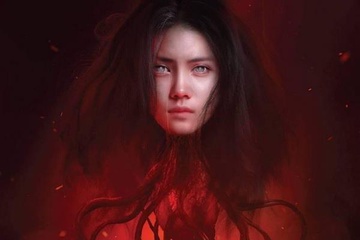 The legends of these floating heads have been made into movies
Image credit: Zing News

Ma Lai are one of the most terrifying creatures in the folklore of ethnic minorities living in Vietnam’s mountainous Tây Nguyên region. By daytime, they are said to walk among us disguised as women – usually young and beautiful, if constantly appearing sleepy. At night, however, their heads reportedly detach from their bodies, dragging bloody organs with them, to float around to feast on carrion, excrement, and other rancid stuff.

It is also said that someone whose excrement is consumed by a Ma Lai is cursed with eternal hunger, and will eventually wither and die of starvation no matter how much food they eat.

However, Ma Lai must return to their bodies before sunrise, otherwise they’ll be burned to death by sunlight. Therefore, the easiest way to vanquish one is to hide her body so that she cannot reattach her head.

Similar creatures are also seen in the folklore of many other Southeast Asian countries including Thailand, Malaysia, and Cambodia, where they are known under different names such as Krasue, Ahp, or Penanggal. It seems that our cultures share a lot of similarities with one another.

8. Thần Trùng – evil spirits who torture the souls of the dead 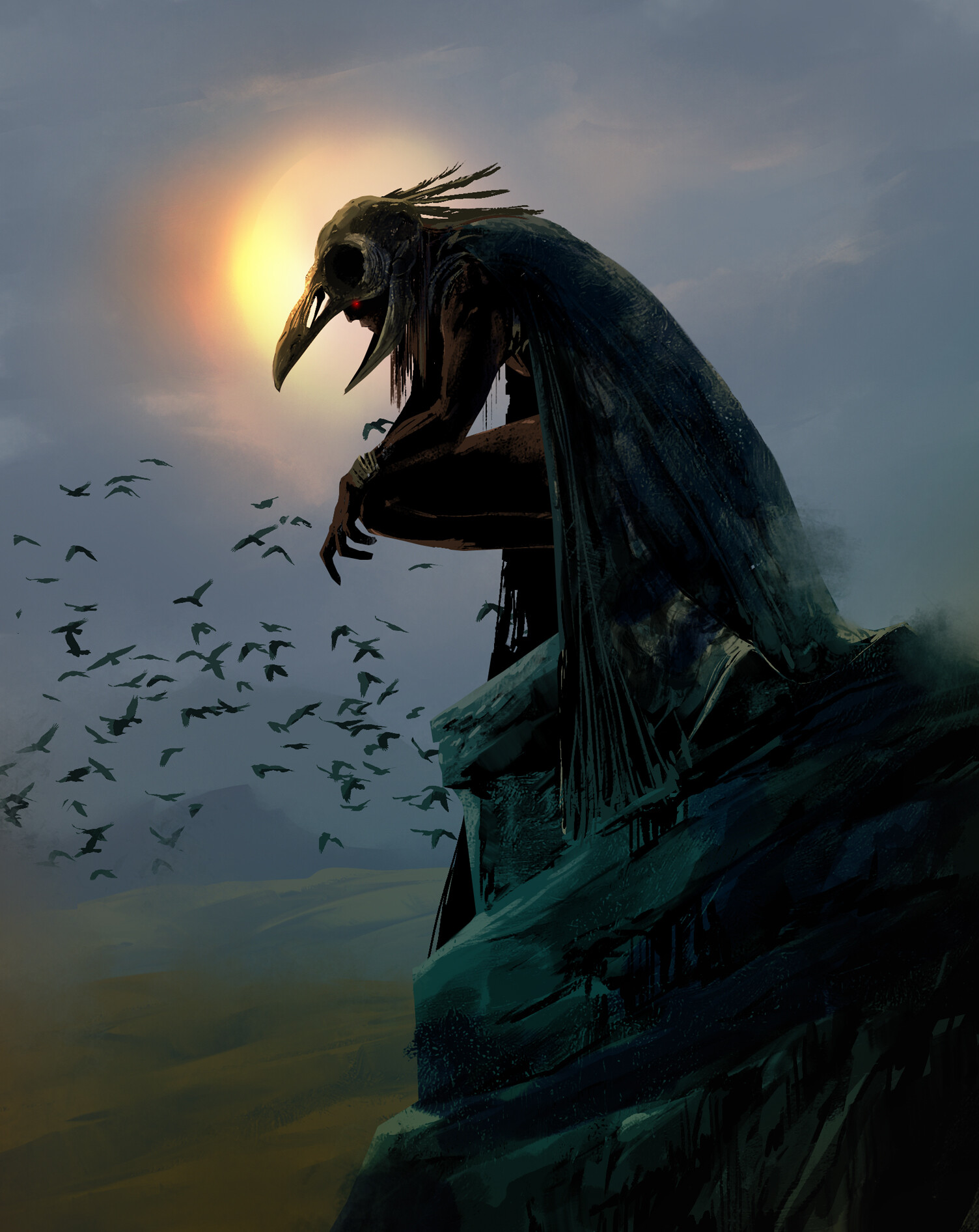 In some Vietnamese urban legends, Thần Trùng are evil spirits who often appear near new graves. It is said they torture newly dead people’s souls for information about their living relatives. With this information, Thần Trùng can reap the souls of those living people as well, leading to instances where several family members die within a short time period of one another.

Appearance-wise, these spirits are described as black birds with blood-red beaks. Some stories also claim that they only have bird-shaped heads, but with human bodies. 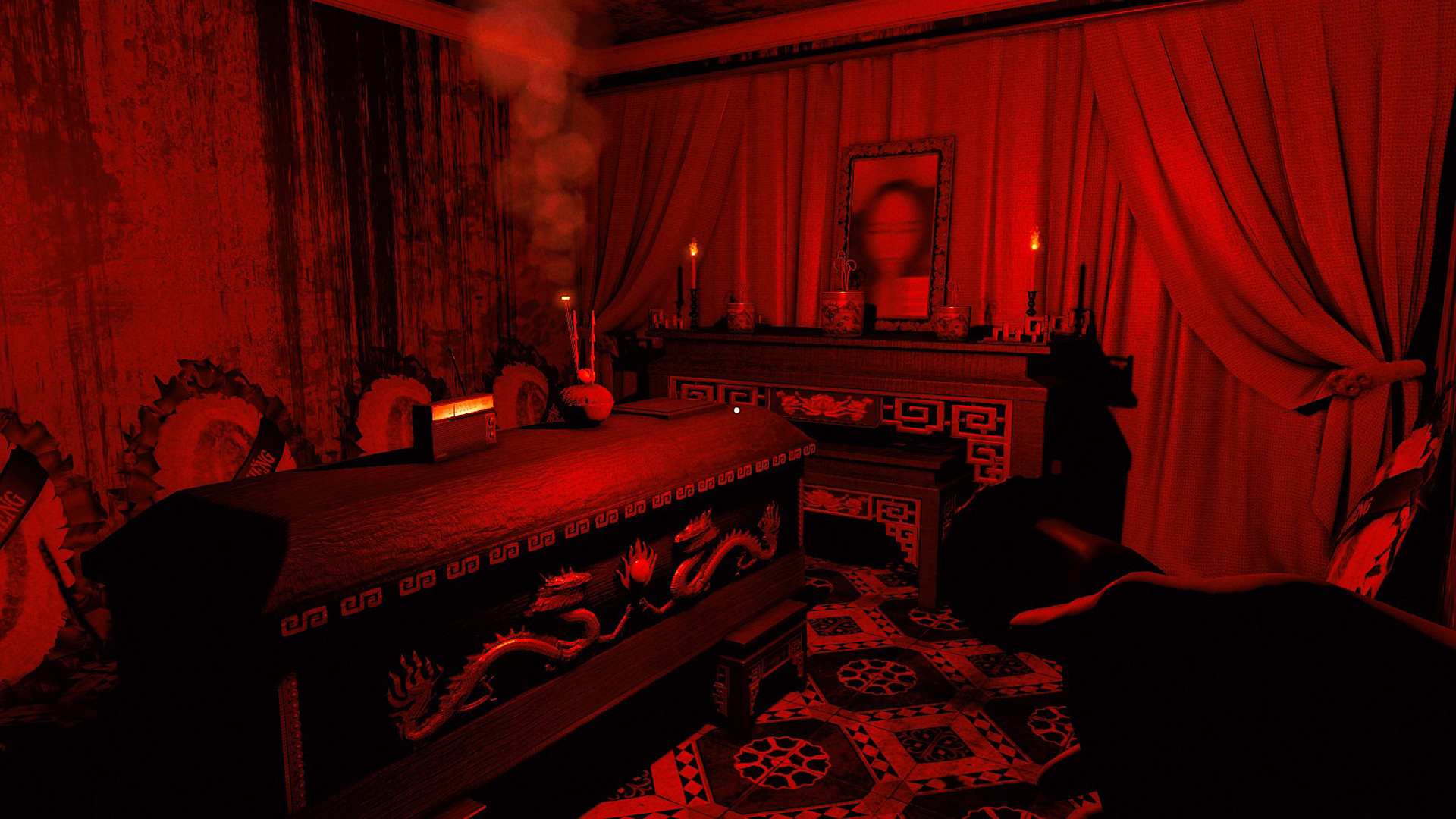 Of course, nobody has ever seen such creatures. Regardless, stories of Thần Trùng have become inspirations for a Vietnamese horror game of the same name, in which the player explores deep alleys of Hanoi and uncovers dark secrets hidden within.

A free demo version of the game is available on Steam under the English title The Death, in case you want to check it out. 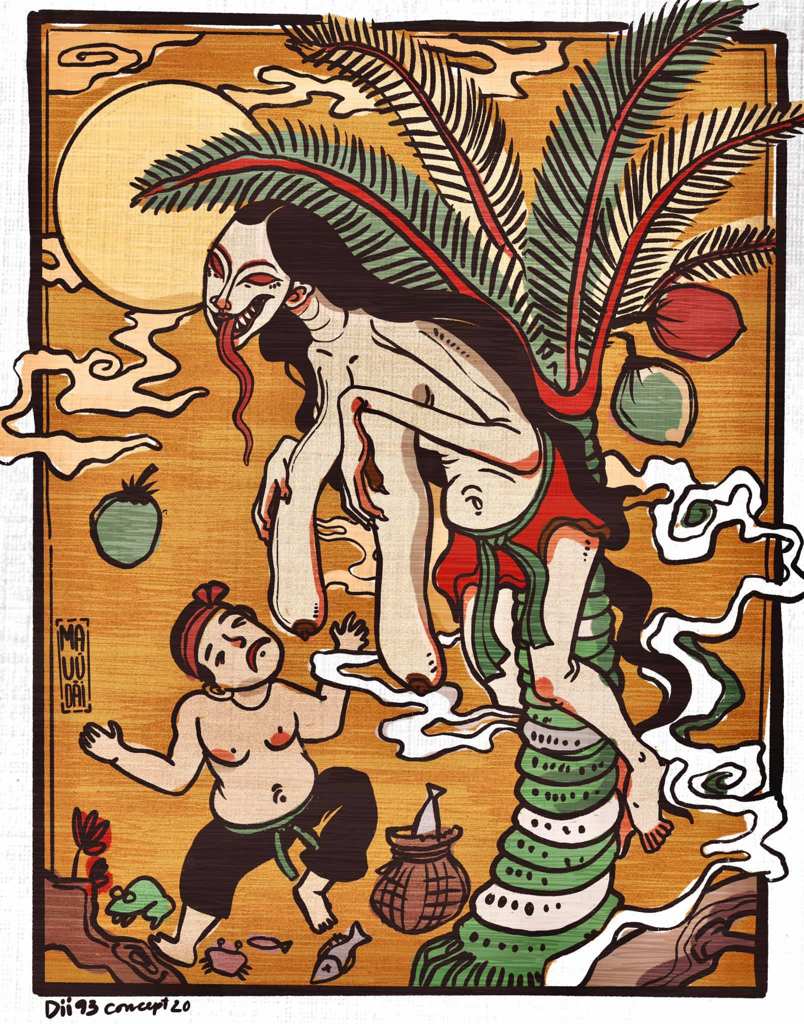 Ma Vú Dài, or the long-breasted ghost, is a common legend in some southern Vietnamese Provinces, though stories of this peculiar figure often leave people more intrigued than scared.

True to the name, Ma Vú Dài appears as a woman with long breasts sagging down the front of her upper body. Some also add in the usual horror tropes, saying she often floats around with her feet off the ground, or that she’s always clad in a long white robe, with hair covering her entire face.

In any case, the stories agree that this spirit often perches on treetops to prey on travelers at night. When she catches a victim, she forcefully breastfeeds them, and the victim is often found unconscious on the roadside the next morning with their mouth full of dirt.

A similar legend was also popular in Saigon’s Chí Hòa Prison back in the 60s, where many inmates said they’d seen a woman with long breasts force-feeding their cellmates.

At the end of the day, however, no official sighting of such a woman has been recorded, so it’s best to think of the stories as warnings for children not to wander off after dusk.

Vietnam folklore and legends about ghosts and demons

Legends of these ghosts and demons in Vietnam are fascinating, and they add a level of mystery and thrill to our daily lives.

But at the end of the day, it’s important to remember that they are just that: legends. It’s best not to read too much into them and see paranormal activities where there are none.

That said, in some cases, the morals behind the stories are worth keeping in mind. For instance, don’t go swimming in unsafe bodies of water, and refrain from wandering around dark, secluded areas at night. 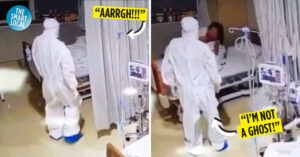 Covid-19 Patient Mistakes Doctor For A Ghost, Screams At The Top Of Her Lungs
Professor Hoàng Tụy: The Man Who Put Vietnamese Math On The Global Map 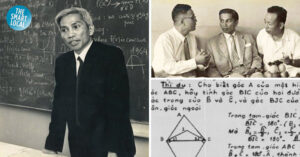