There’s hardly any city or province in Vietnam that doesn’t have stories about dark histories, strange sounds, or paranormal sightings in local schools. From shadowy figures sliding down the corridors to disappearances of school stationery, schools are where some of the creepiest stories take place.

Among those is a story that brings us to Nguyễn Thị Minh Khai High School in Saigon, one of the oldest education institutions in the country.

Read on to find out more about paranormal events that happened in the school. As the original name suggested, this was a prestigious all-girls’ school for local students of different ages. 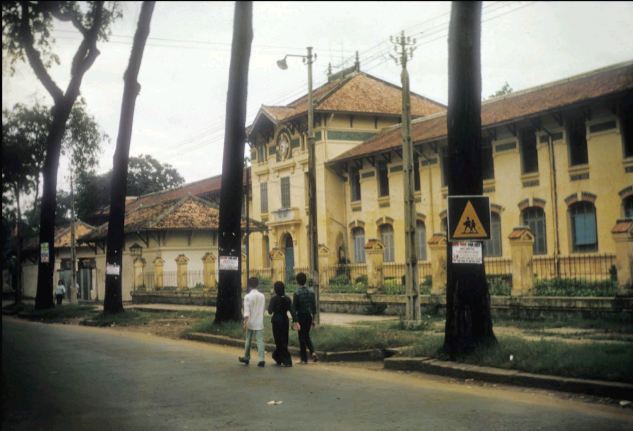 Back in the day, all students were required to speak French at all times, and anyone caught speaking Vietnamese would be punished. At the height of the anti-colonial climate in the late 1940s and early 1950s, a great number of students at the school initiated and joined citywide patriotic movements.

After 1975, the school was renamed Nguyễn Thị Minh Khai High School and converted into a co-ed high school.

One century has passed since the school’s inauguration. The school leaders have managed to combine its historic heritage with modern developments and convenience. 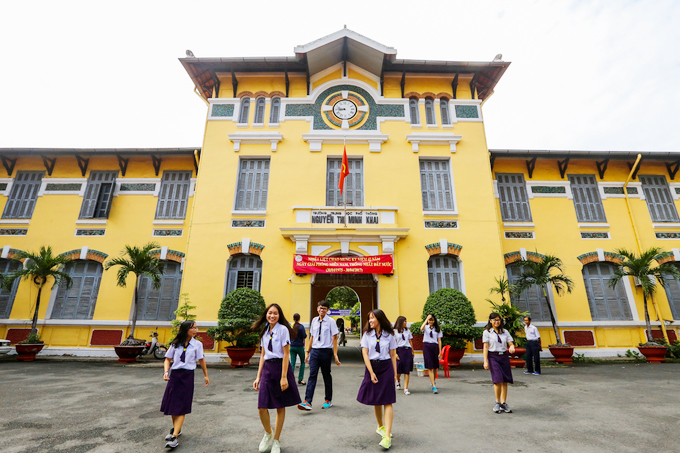 The overall appearance of the school and its buildings have barely changed at all, even though a modern swimming pool has been built and classrooms are better equipped. 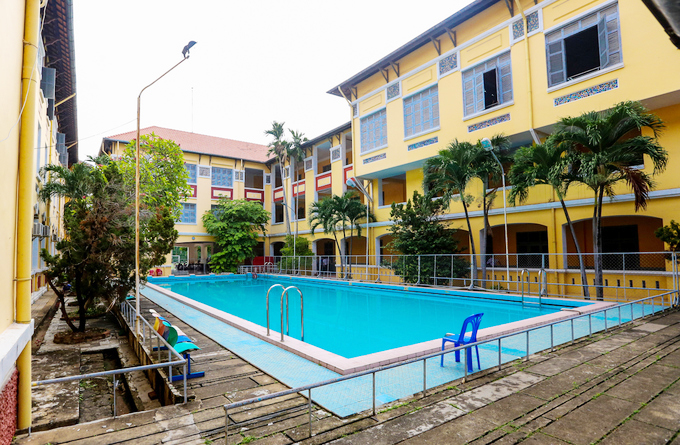 Nonetheless, the sense of modernity that envelopes the school seemingly can’t chase away the ghosts of the past.

The spooky stories that happened here 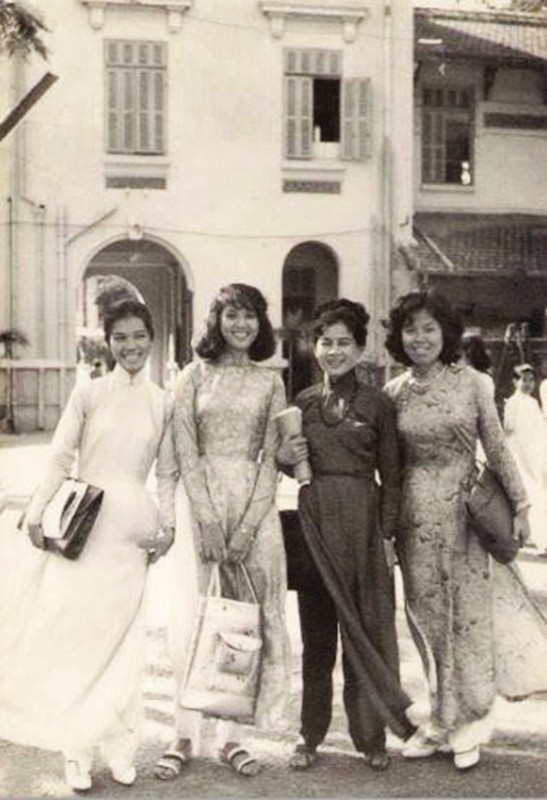 After the school’s name was changed to Gia Long Girls’ High School in 1950, students were required to wear purple áo dài as school uniforms.

For this reason, the school was later called the school of girls in purple áo dài (trường nữ sinh áo tím). This fond nickname is still popular among local students until today.

Legend has it that this school has many ghosts, and the most famous of them is one of the students who committed suicide in the clock tower.

“I heard from my seniors that a student, who went to school here a very long time ago, took her own life in the clock tower because of exam pressure. She died wearing her uniform, which was a purple áo dài. The school management organized a worship session for her after that. However, for some mysterious reasons, many students have reported seeing a ghost at the clock tower. Because I’ve heard too many creepy stories about the clock tower, I feel chills down my spine every time I look at it,” – a student shared.

According to many students here, the clock tower has remained locked and off-limits for as long as anyone can remember.

Nonetheless, the clock tower is not the only place where students have reported seeing paranormal sightings. 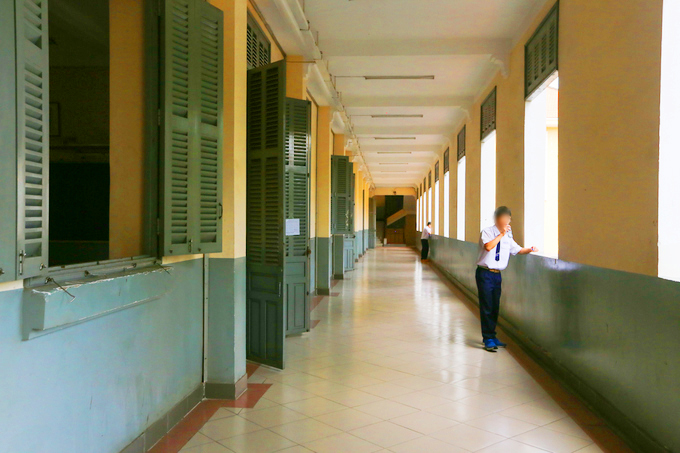 Many have reported hearing creepy sounds coming from empty classrooms and the humming tunes inside vacant restrooms.

According to former students here, the passage that connects block A and block B also has its fair share of mysteriousness.

“Rumor has it that if you walk down that passage in the evening, whether or not it is lit up, you must not reply if you hear anyone calling you from behind. What you should do first is to turn around, in case you don’t see anyone, run for your life. Run as fast as you can and don’t reply if you hear the call again. If you do, you’ll sort of go missing from then on,” a student named Trinh An Tien shared.

Well, none of that could compare to seeing your friend’s doppelganger.

A student shared, “When I was in grade 11, I was assigned morning duties at a block facing Dien Bien Phu Street. Everything went smooth-sailing until my final day. It was early in the morning and everything was still dark. During my shift, my friends asked me to come upstairs to play with them. I let them go first. When I went up, I didn’t see anyone. I called and nobody replied. I thought to myself that maybe they had gone downstairs so I went down again looking for them.

A while later, I heard that my friends were punished by my teacher for messing around too loud. I felt lucky that I wasn’t with them in the first place. All of a sudden, my friend asked me why I didn’t get punished even though I was also there messing around with them. I was shocked and told them that I was downstairs waiting for them and not involved in their playful activities.

My friend insisted that I was also there with them. Another friend even said that she heard me screaming and having fun, which was absolutely not true. After that incident, I never went to that block again.”

This student is certainly not the only one making such a decision, because this block also gets a bad rap among other students. As surreal as it is, some students have reported seeing doppelgangers and hallucinations when they were at the block.

“My seniors warned me to never approach the three staircases at the block between 6PM-7AM, and 12PM-1PM. The reason for this superstition is that you might see hallucinations,” Trinh An Tien shared.

The supernatural world is a realm that can’t be seen by everyone or explained in detail. Some people may be fated to see certain things when they’re at the right place at the right time. Some, meanwhile, can’t invoke paranormal sightings no matter how hard they try.

Therefore, let’s treat these stories as a source of information to enrich your knowledge about the school and the city.

There are still many spooky stories about Nguyễn Thị Minh Khai High School that we’ve found on the Internet, from a teacher talking with a deceased student to the mysterious sound of an invisible person walking in the passage. Hopefully, we can collect, edit, and bring them to you in another article.

Pictures for illustration purposes only