Saigon is struggling with a destructive wave of the Covid-19 outbreak triggered by the highly infectious Delta variant. Daily caseloads and deaths have left hospitals strained, cremation centers overflowing, and caused numerous home-bound patients to die at home.

The sight of dead bodies is something not many people can adjust to, let alone the fact that some are still contagious. The longer the body of a dead Covid-19 patient remains in a household, the greater the risk of transmission it poses to the family members of the dead as well as the neighbors.

With this in mind, a group of Saigon former businessmen, students, and sales agents formed a group of volunteers to recover the bodies of the Covid-19 dead from home for free. Named Giang Kim Cúc Và Các Cộng Sự, this group of volunteer undertakers offer a pillar of strength for families those who die while isolating at home. 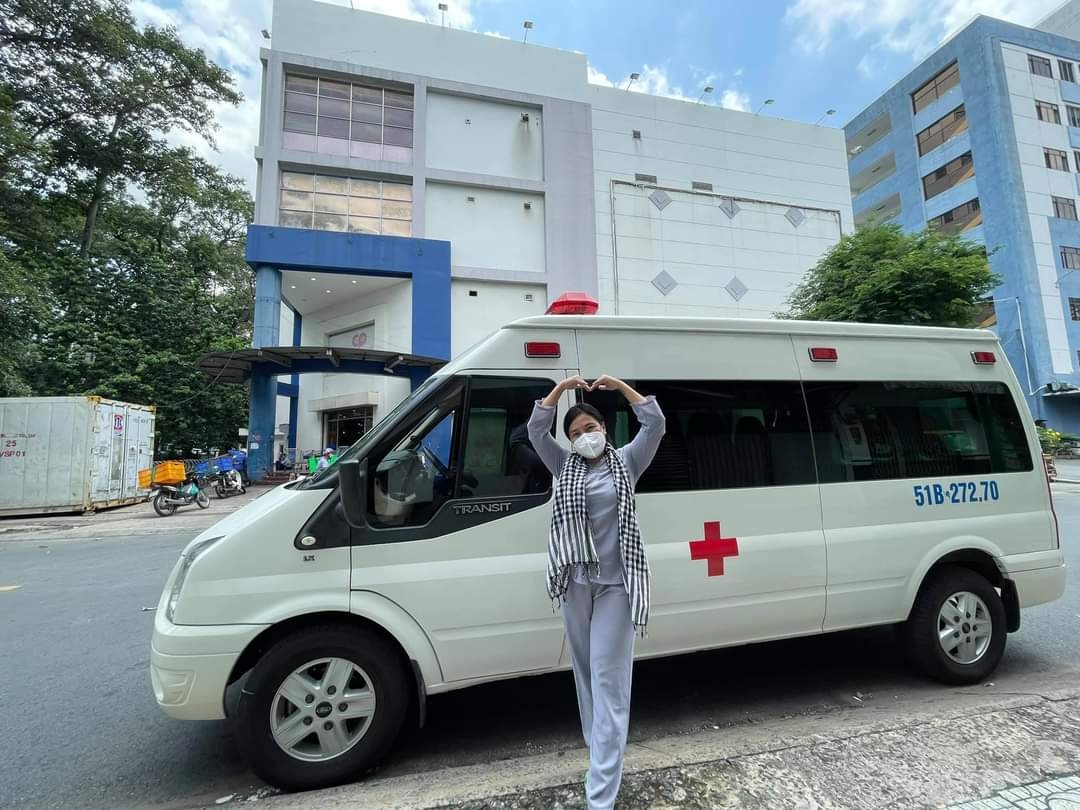 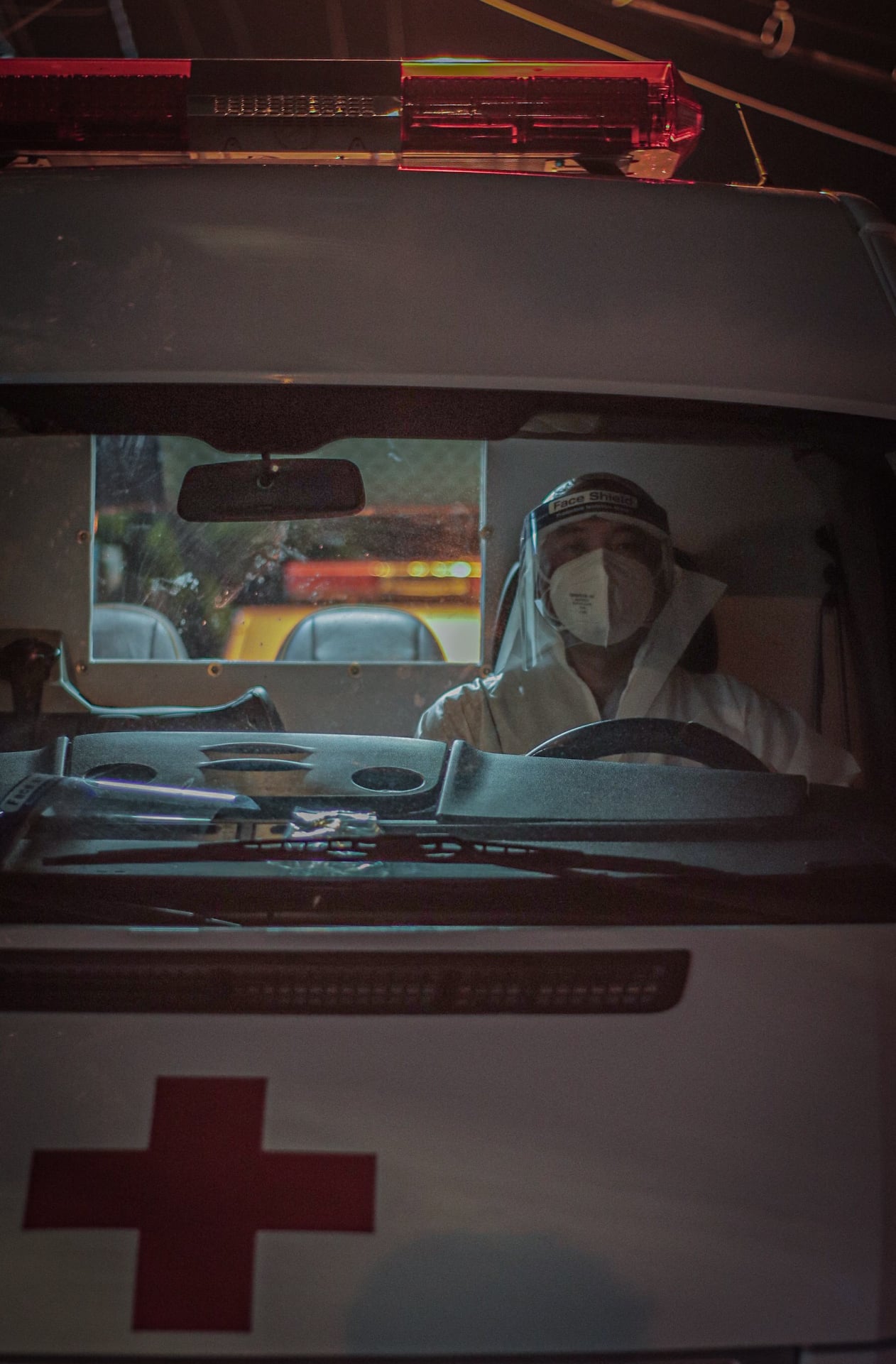 Mdm Giang says her motivation to help Saigon, her hometown for nearly 20 years, had led her to take on such a challenging yet controversial task along with her brave associates. 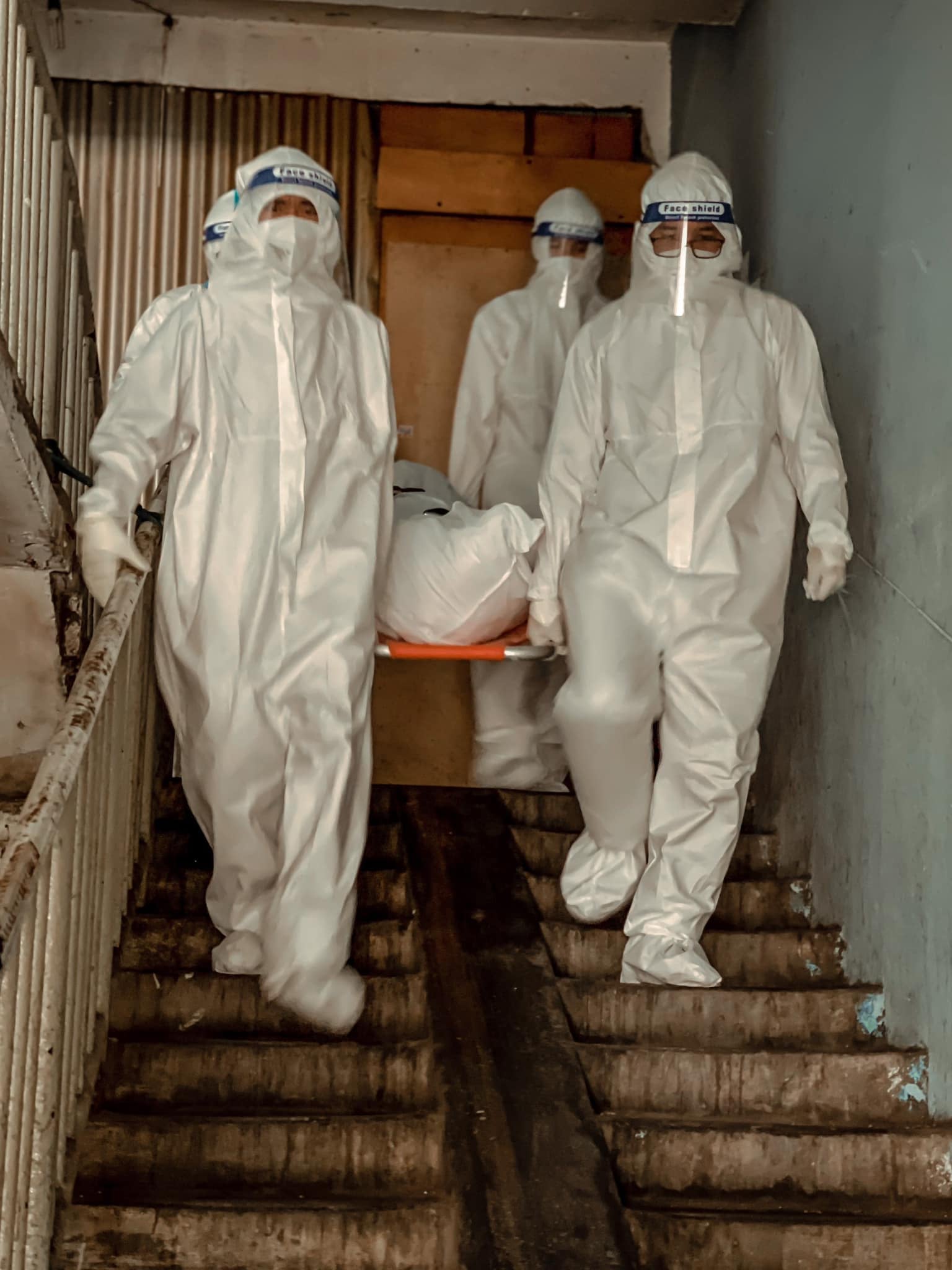 “This is the chance for me to pay it forward, to give back to Saigon’s people,” she said.

Before initiating the campaign, Mdm Giang had dedicated her driving skills to help critically ill fellow countrymen travel back and forth to and from Saigon in her own van. As Saigon’s Covid-19 situation took a drastic turn and there was a proliferation of deaths, she changed her charity initiative to help more people as well as the city’s strained cremation system. 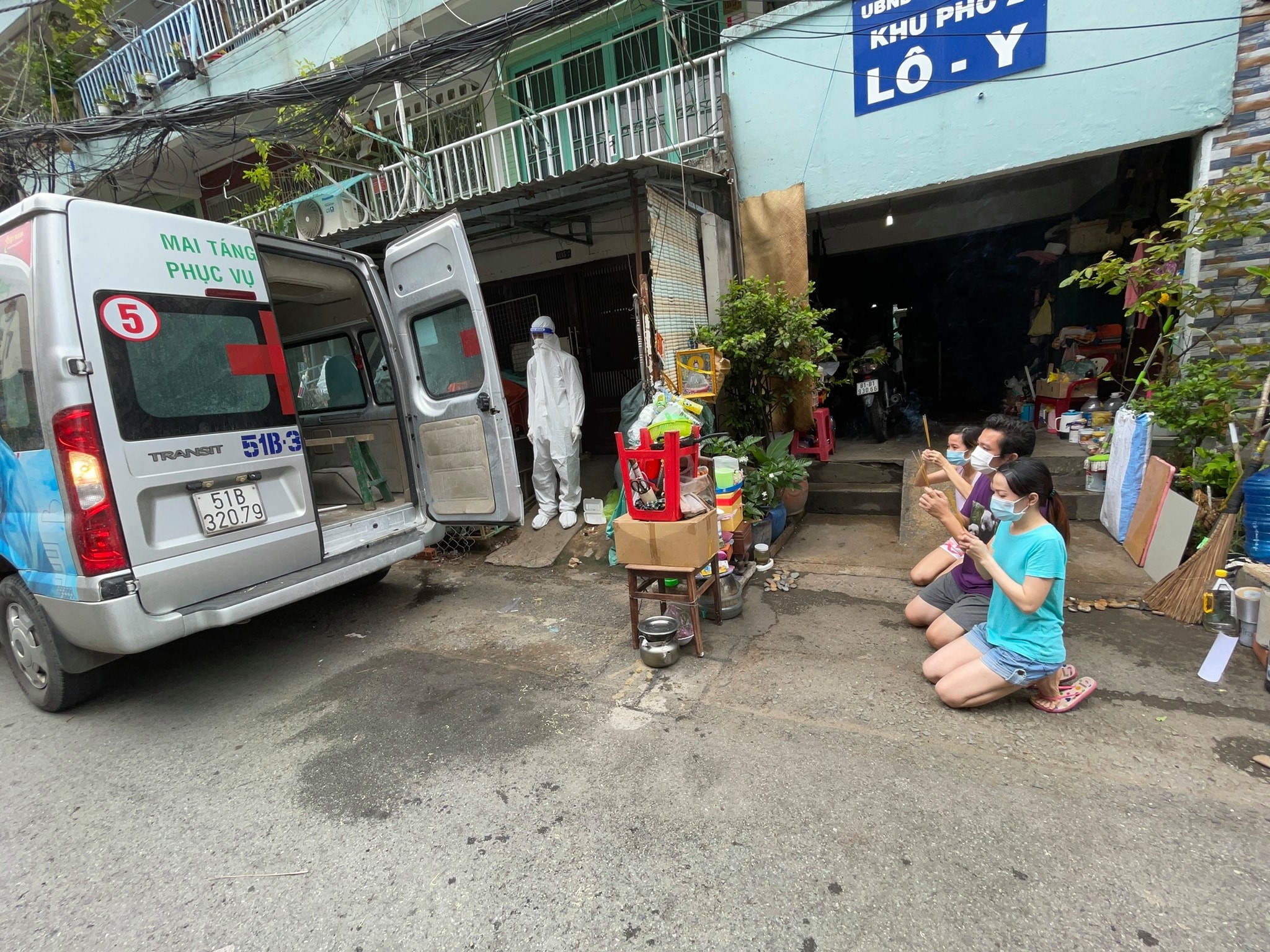 She initiated the service of collecting and transporting dead bodies free of charge, which has since inspired over 30 other residents to join. Donations have been pouring in from people all over the world, allowing the group to expand and acquire 10 ambulances. 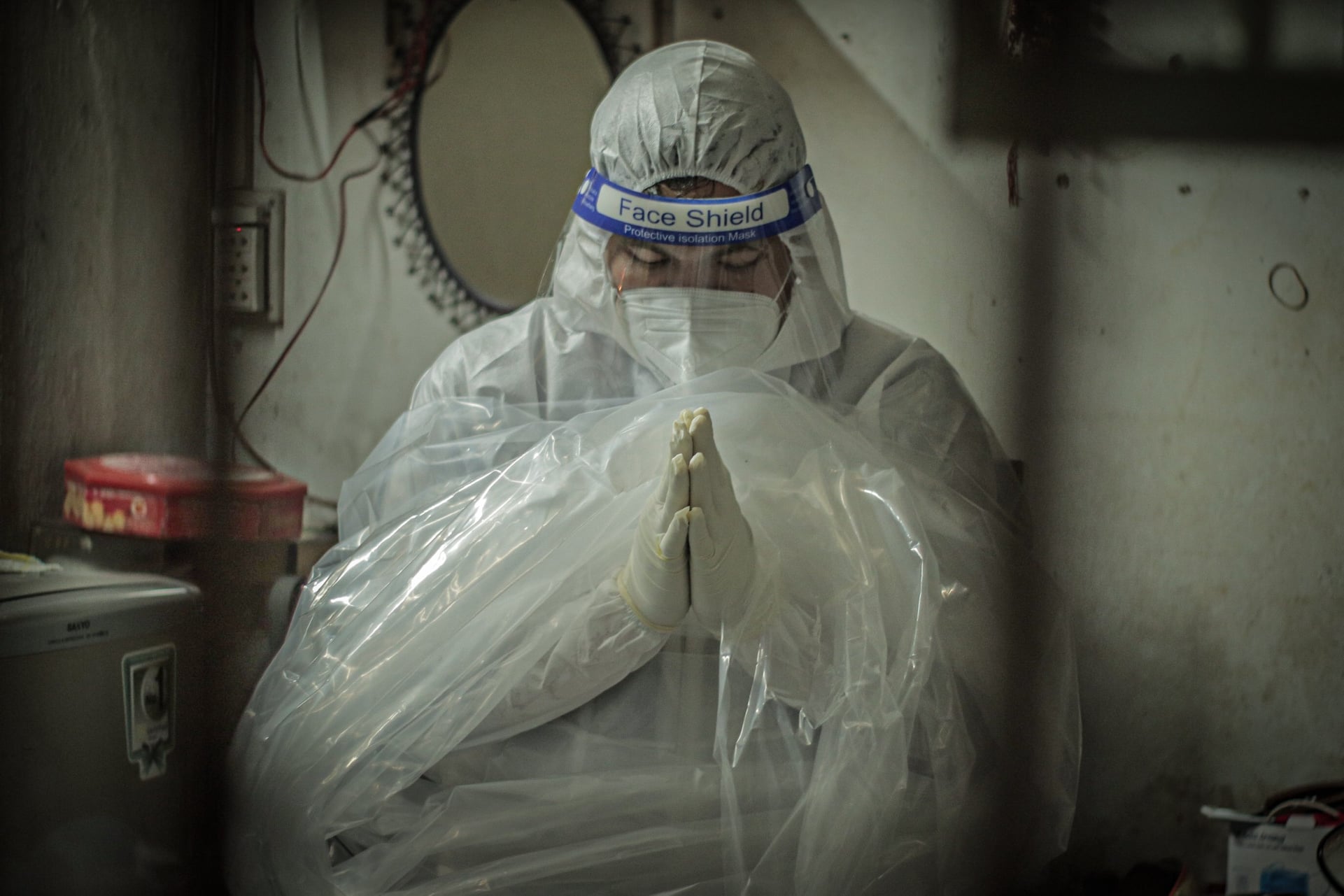 It’s not for the faint of heart, and the risk of contracting the virus while doing this job is critically high. 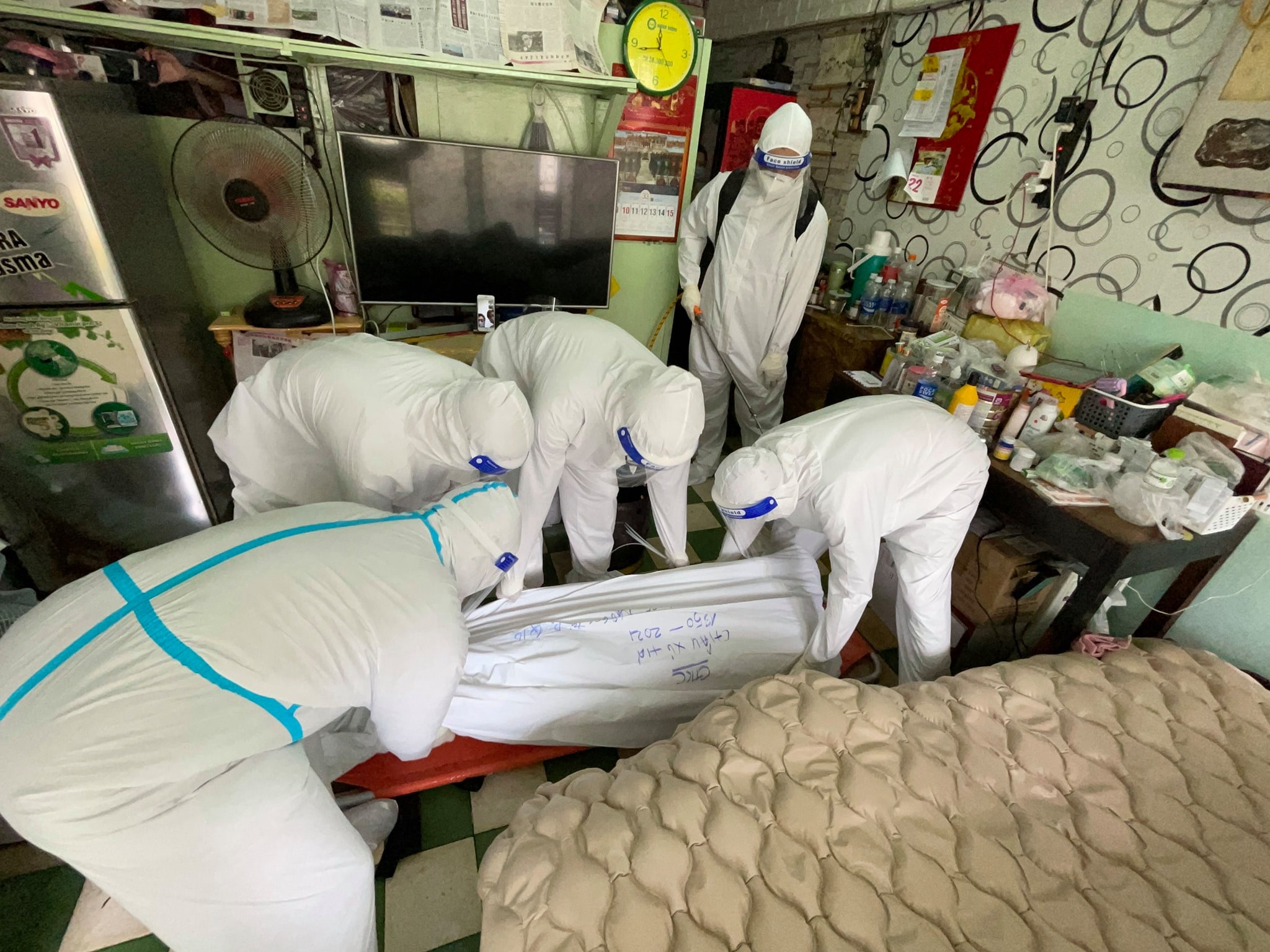 The group has received hundreds of incoming calls for help 24 hours a day through their hotlines for the past 4 weeks. To collect as many dead bodies as possible before they go into a stage of decay, the group travels as fast as they can, rain or shine, to those households. 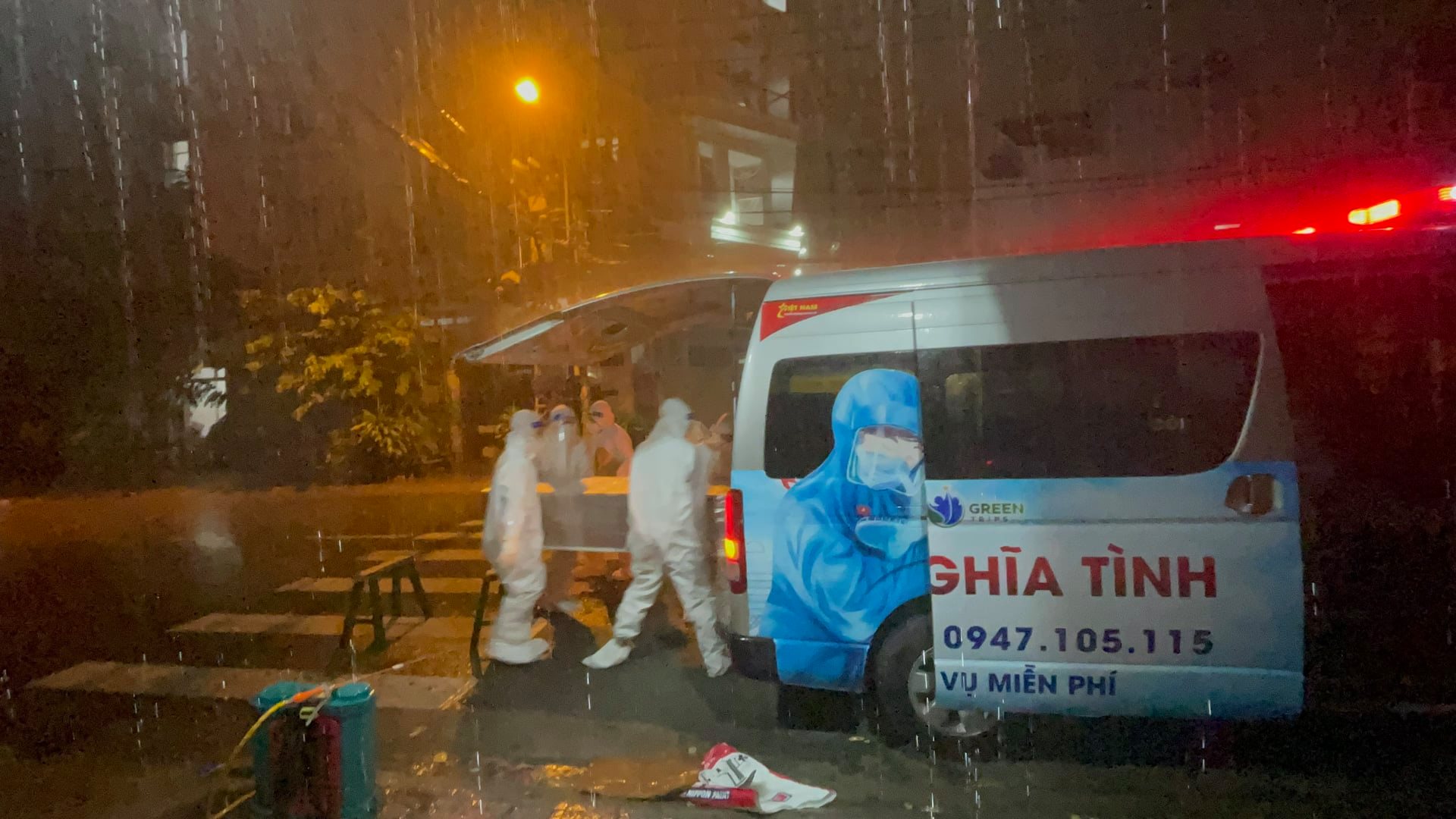 There are many homes situated inside deep and narrow lanes that make it impossible for the van to enter. And yet, these volunteers will walk in and devise all possible routes to bring the bodies out gently and quietly. 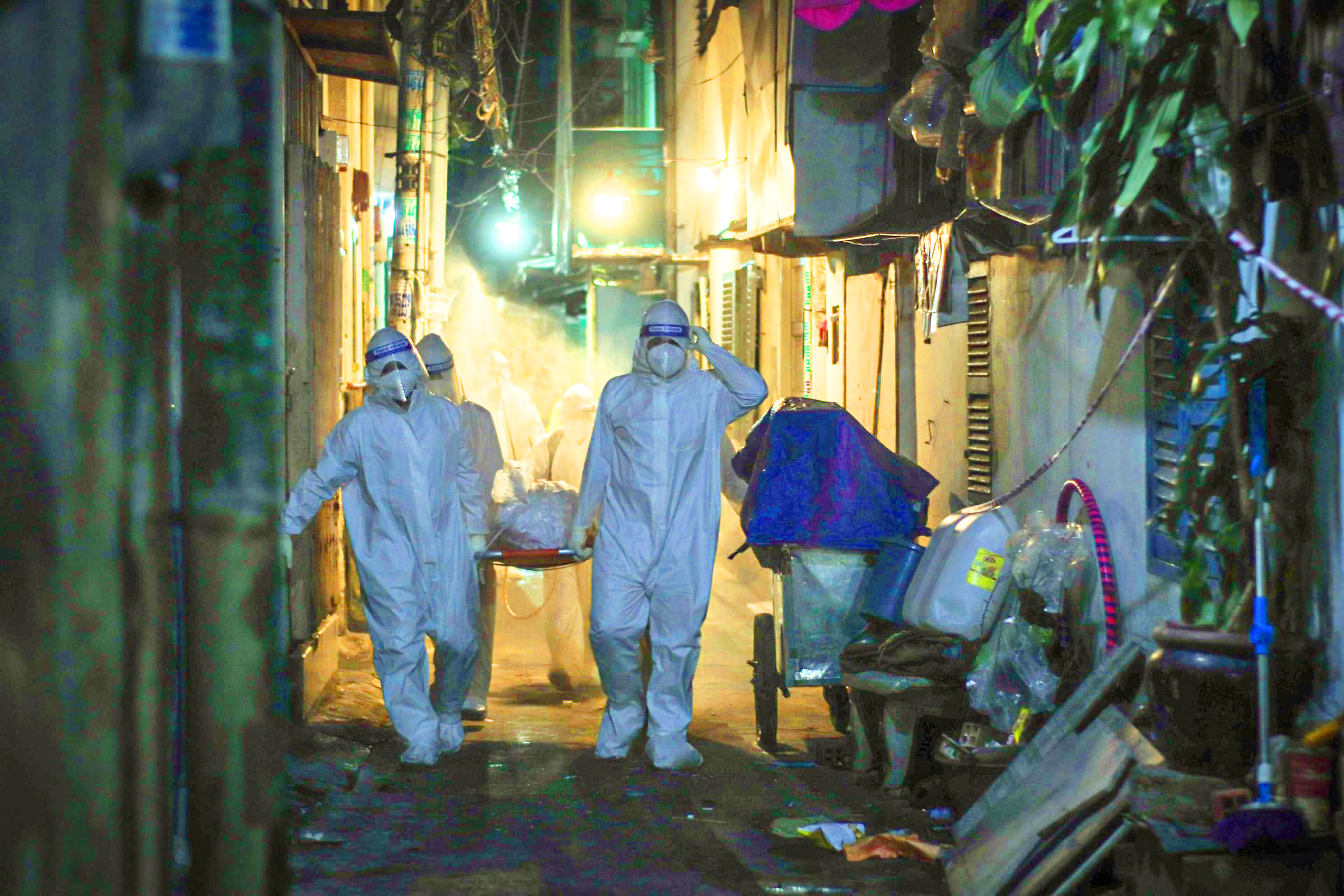 As hard as they try, there are days when they can collect 17 bodies at maximum. 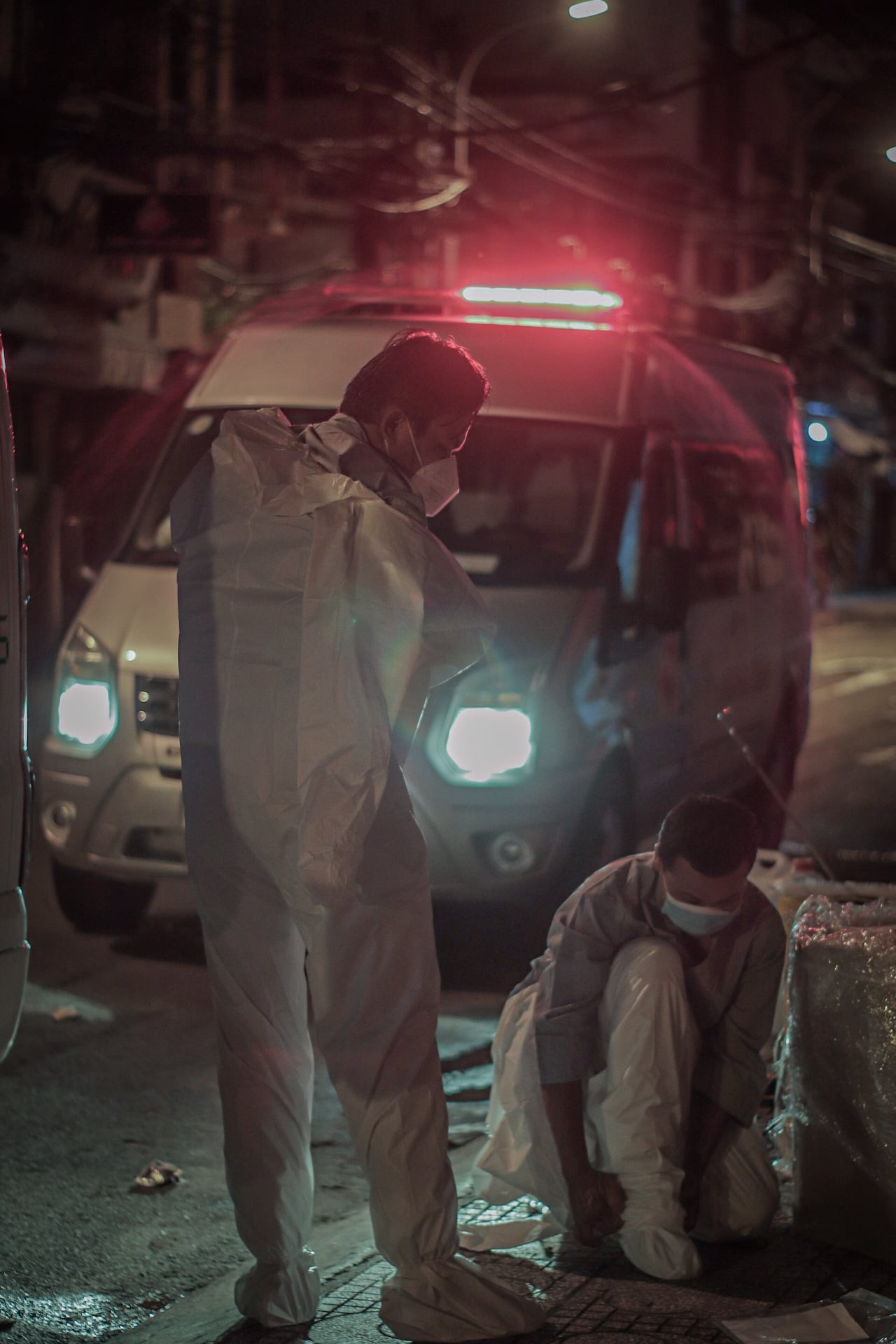 The group would disinfect themselves, the whole lane, and remove their protective equipment the moment they finish putting a carefully wrapped body inside their van. 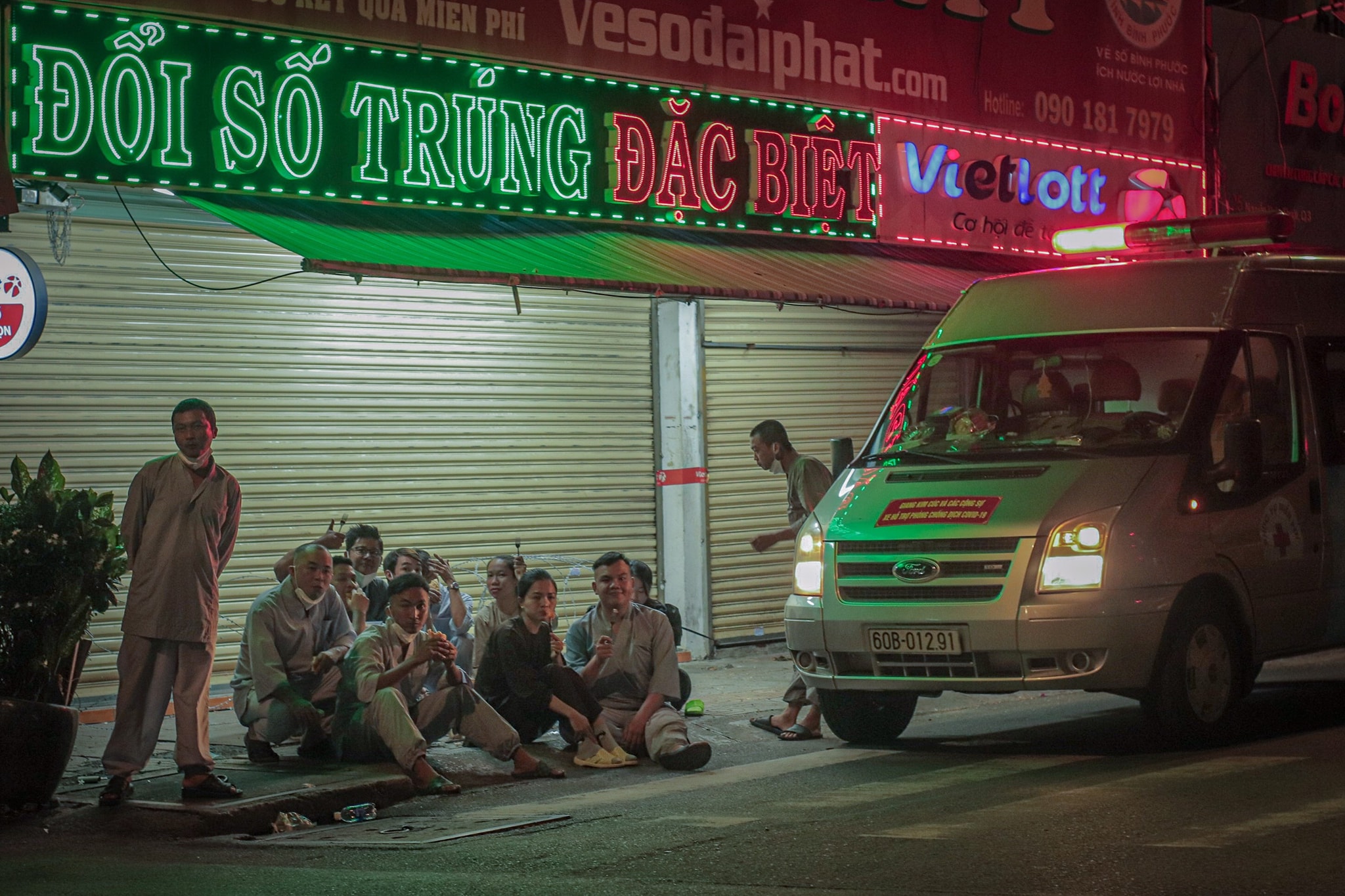 The street sidewalks become their regular lunch break grounds, and a rented house or their own van becomes their makeshift shelter. It’s common knowledge that you can’t just go home to be with your family once you’re in this line of work. 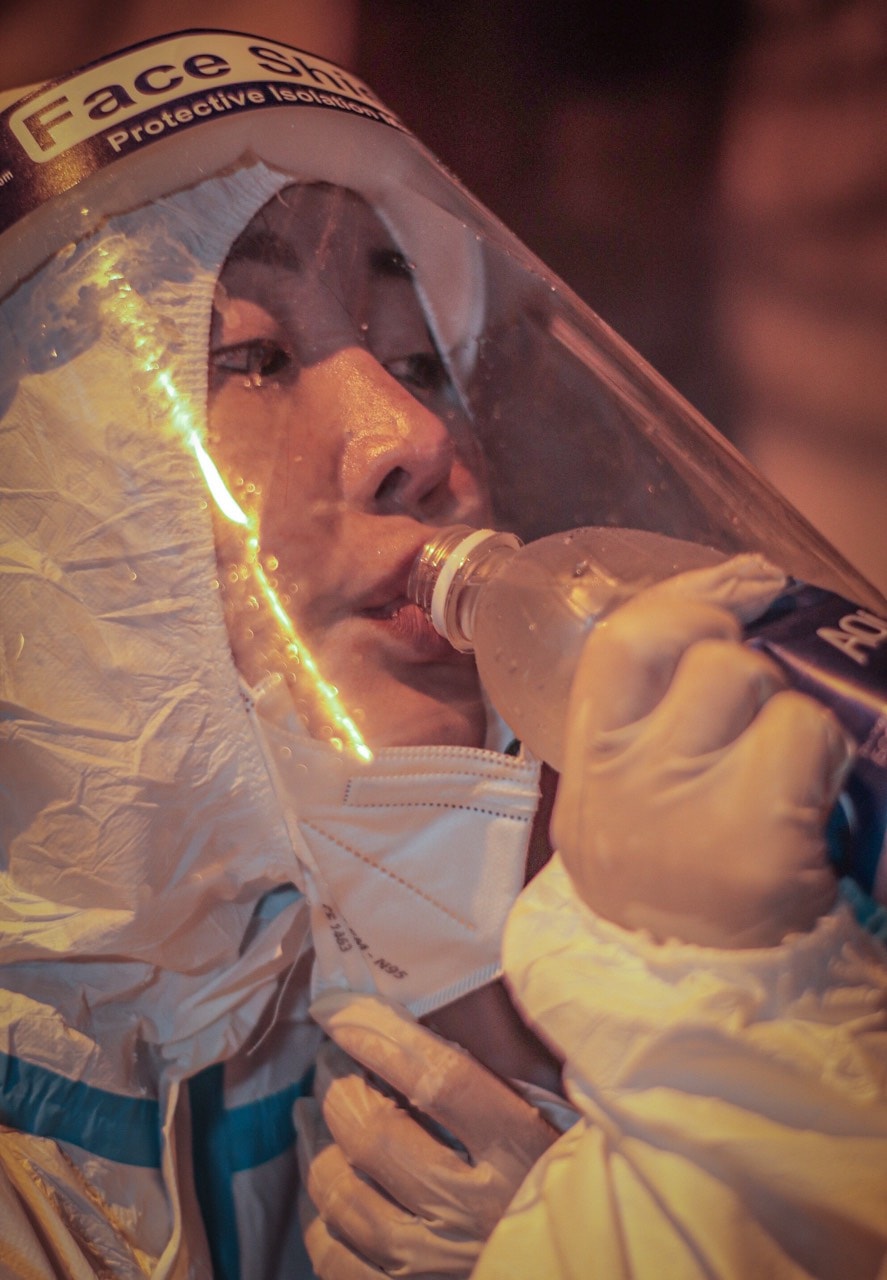 Emotional stories behind the masks and body bags 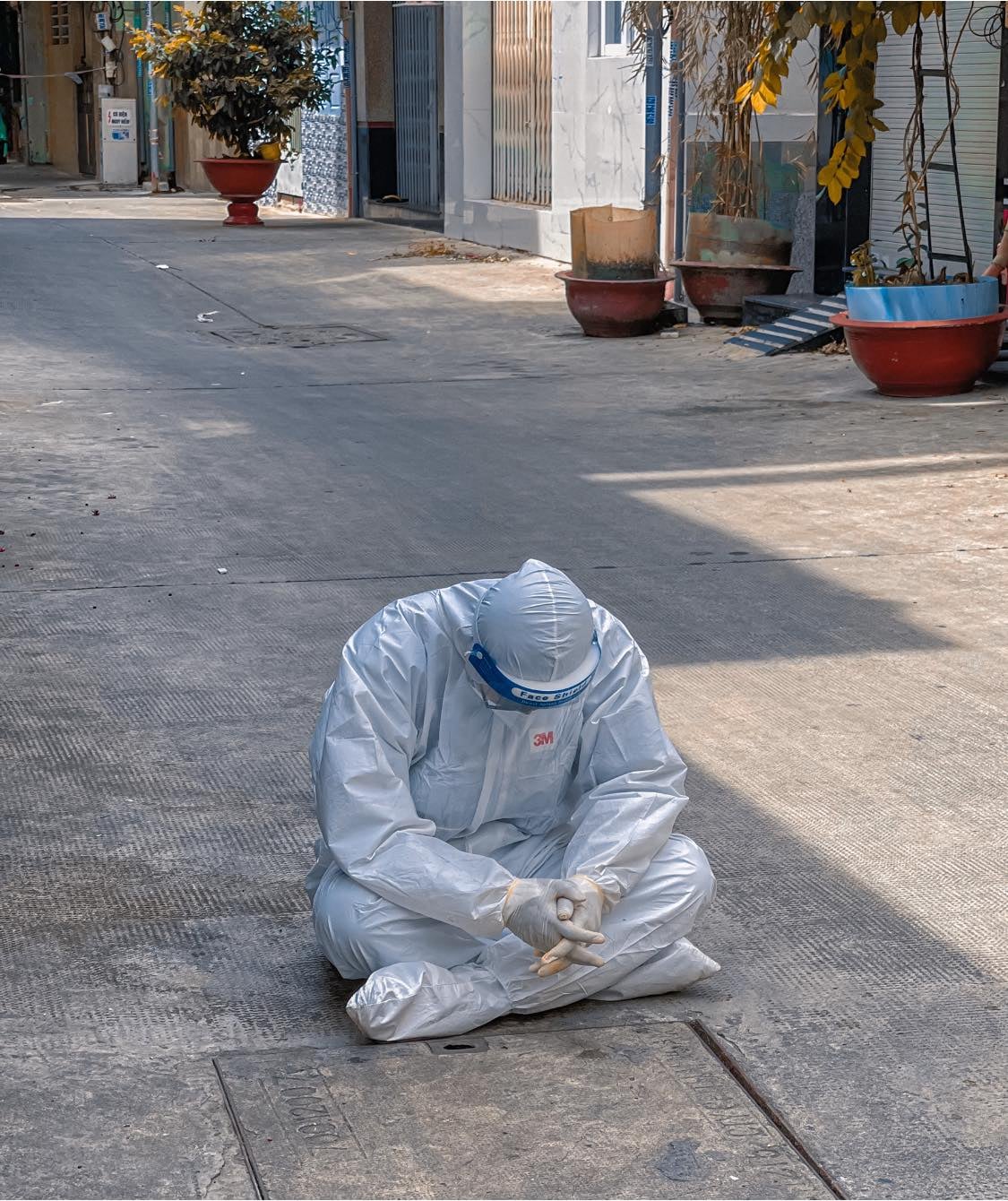 As a famous saying goes, “The dead tell no tales.” However, these volunteers might beg to differ.

For every case that they come to rescue, they encounter a heart-wrenching story that might be etched into their mind for a very long time.

According to Mdm Giang, one of the most haunting experiences for her was when she came to collect the dead body of a mother who died at home in Saigon. The ill-fated lady’s child was quarantined in Binh Duong at the time, and had to resort to Mdm Giang’s group for help.

“Can you please zip off the body bag so I can take a final look at my mom? Can you also tell my mom that I’m so sorry that I fought with her the last time we met? ” the child asked Mdm Giang.

There were also other cases that saw some group volunteers break down in tears at the scene alongside the mourning family members. 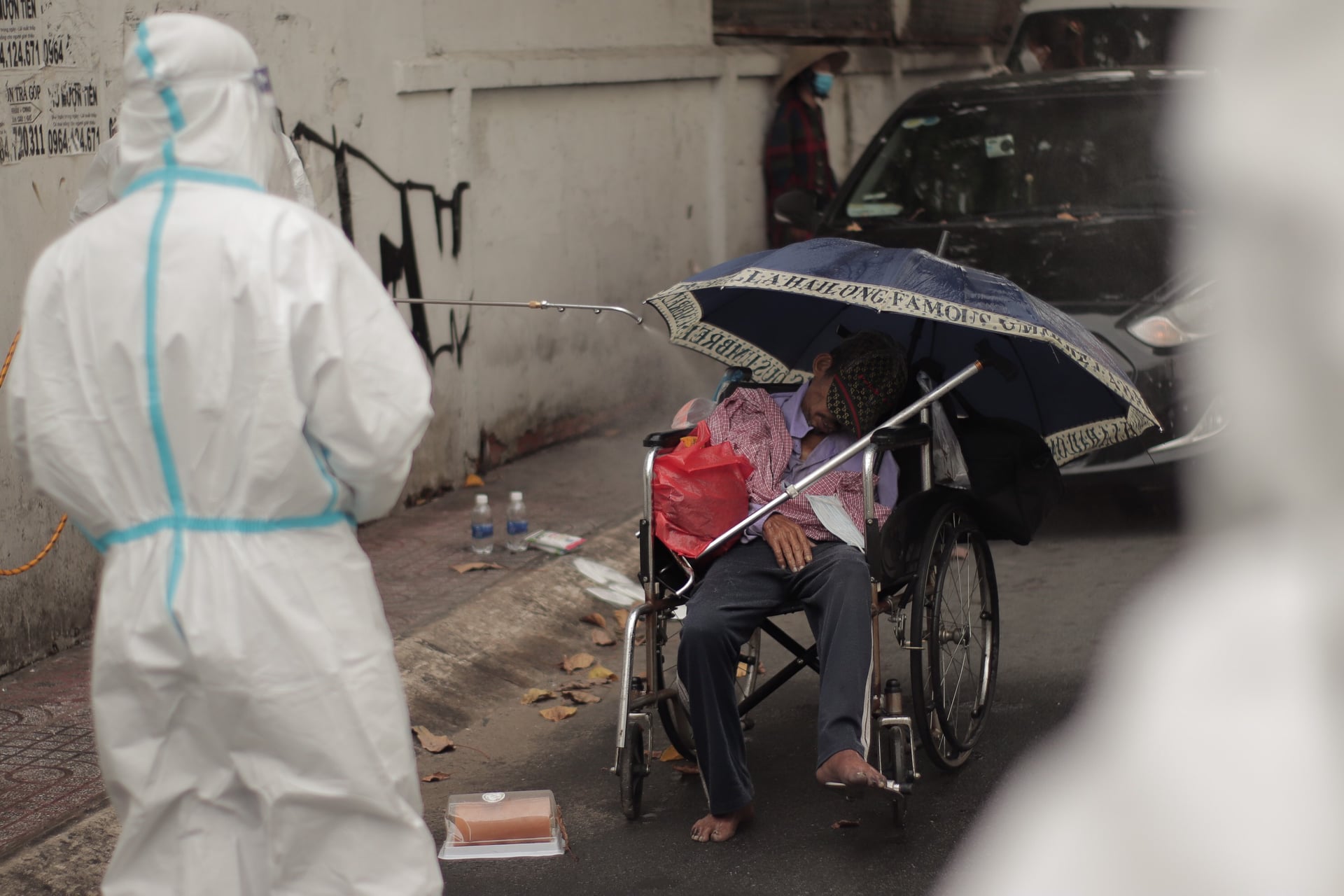 In one of the stories that went viral lately, the group of Mdm Giang helped collect, embalm, and cremate the body of a homeless man who died on the street. They even brought the estranged and devastated wife to a hospital to take a Covid-19 test and arranged for accommodation for her. 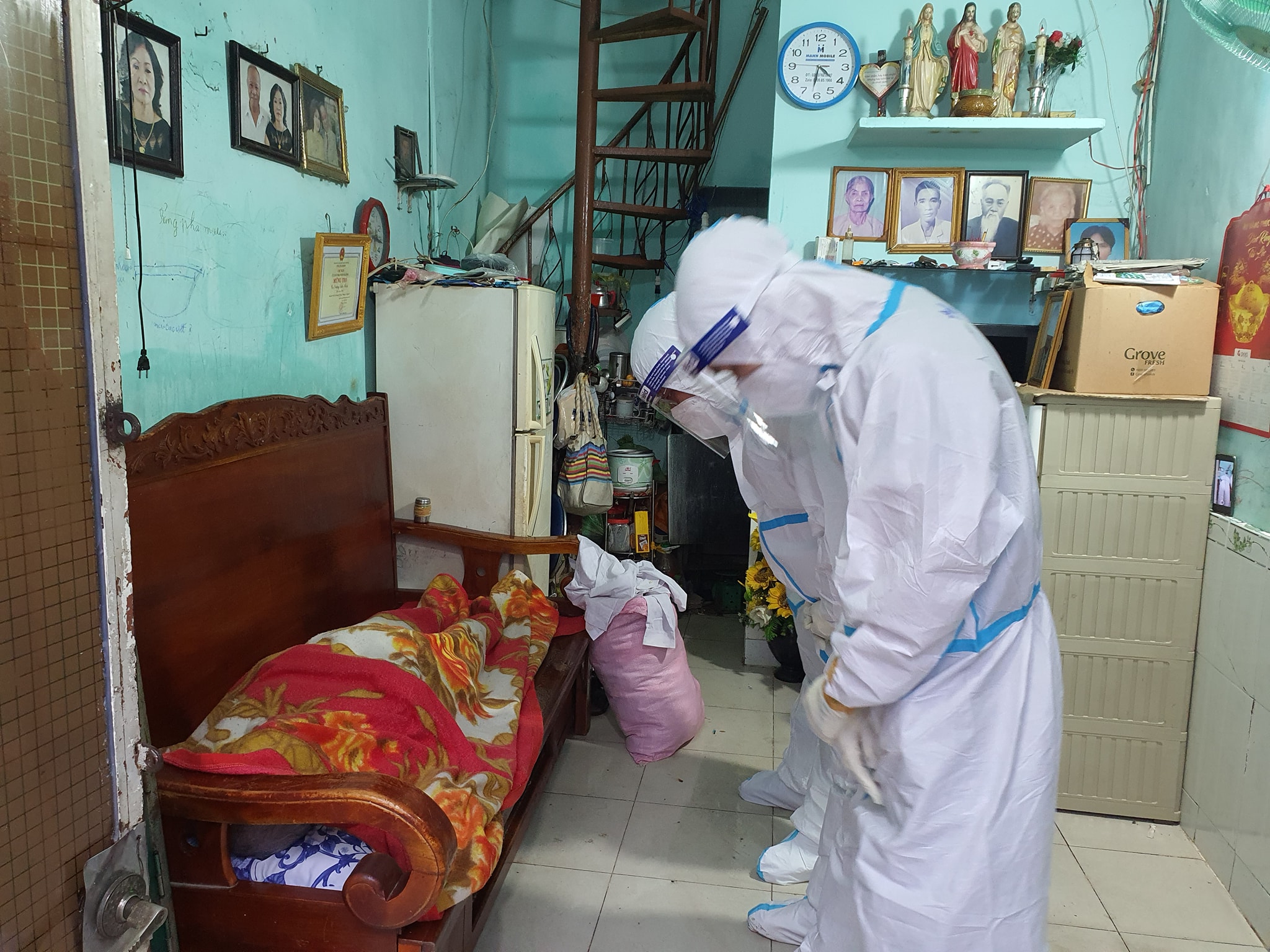 To console the group, family members, and show respect to the dead, Mdm Giang and her associates always ask for permission from the deceased before taking their body out of their home. 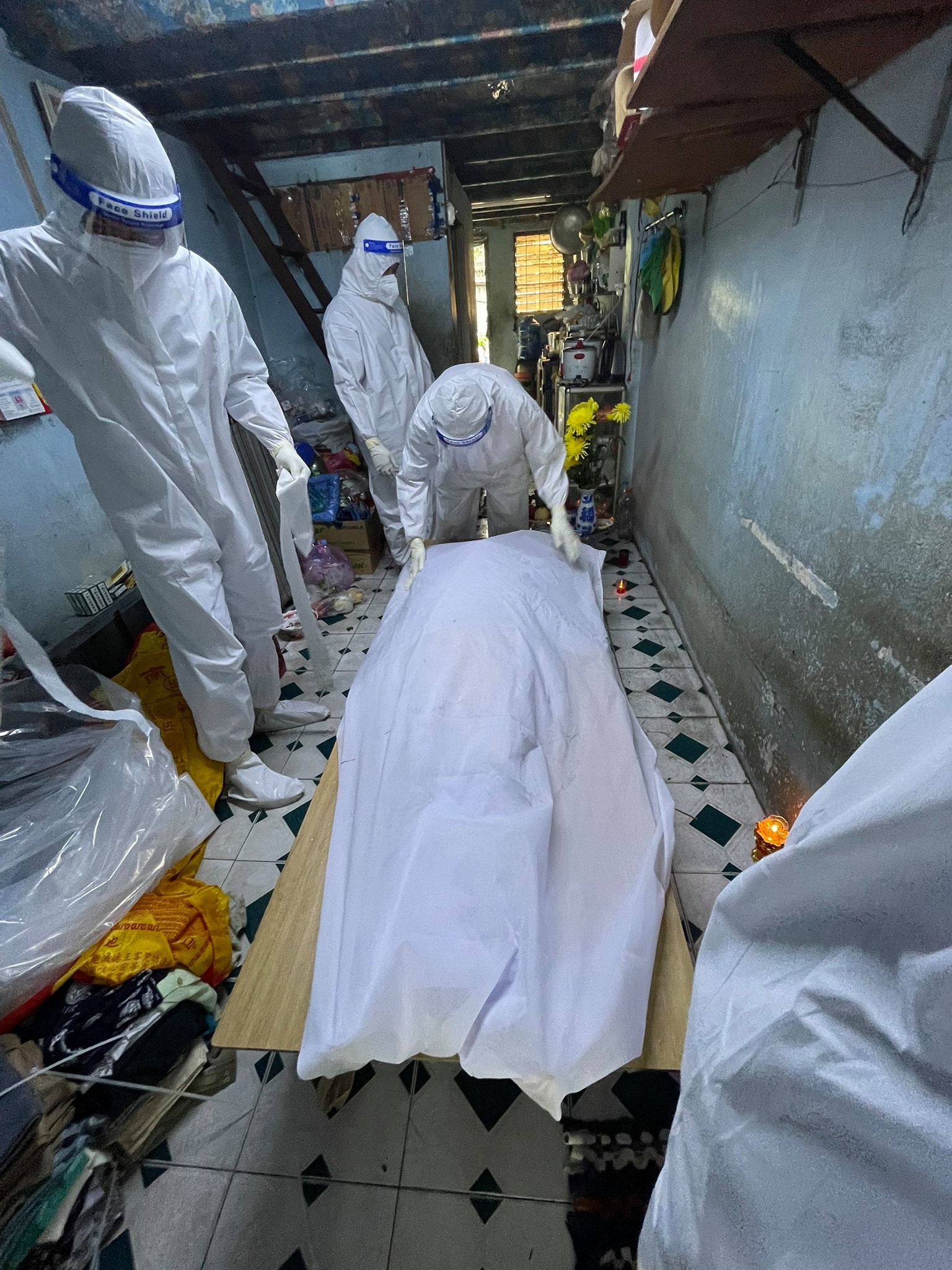 They also burn incense, pray, and bow respectfully before putting a body inside the coffin.

“Hi uncle! I’m here to bring you to a cremation center. Please go in peace,” Mdm Giang said in one of her clips as she arrived at the home of a Covid-19 victim.

Before driving the van away to a cremation center, Mdm Giang never forgets to assure the family members that the cost of embalming and cremation have already been paid for by generous donors. 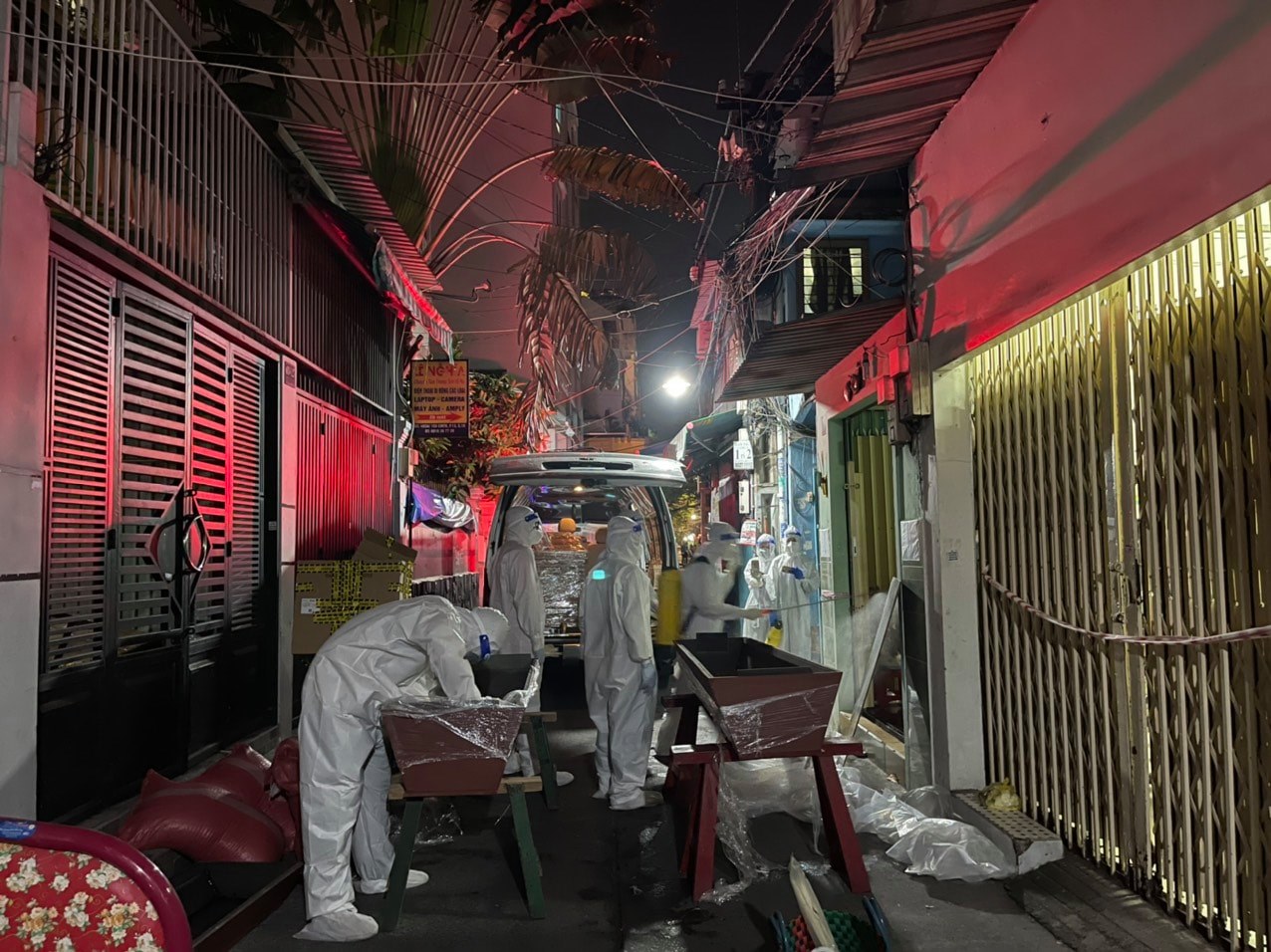 Once the cremation process is finished, the people in charge will contact the families for the handover of the ashes.

There’s no turning back from this outbreak

The 4th Covid-19 wave has pushed Saigon’s medical system to the breaking point. But there are still tenacious and compassionate people who brave the risks to plug the holes in our strained systems.

It’s amazing to see people risk their lives, battle their own fears, and fulfill their self-given duties with dignity and composure.

At this point, there’s nothing better than being free from Covid-19 and being alive. The situation is too dire for us to even consider a plan B or plan C. Unless we can use this period of citywide restrictions to flatten the curve, we’ll never know when we can return to normalcy. 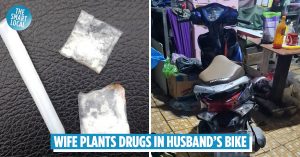 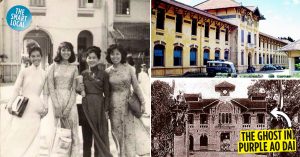