How Vietnamese in the north and south celebrate Tết

The incense is burning, bánh chưng are boiling, the boiled chicken is good to go, and the cherry blossoms are ready to bloom. This is a scene played out in Vietnamese households across the country on the eve of Tết, or Vietnam’s Lunar New Year holiday.

For those not too familiar with Tết celebrations, it is an annual holiday celebrated on the first day of the lunar calendar. Its celebration often falls in late January or early February, until the third day.

While the holiday is the country’s biggest traditional celebration, there are significant differences in the ways Vietnamese people celebrate it. Let’s take a look at the ways Tết, practices and customs differ among Southern and Northern Vietnamese.

1. Tết fashion depends on our climates 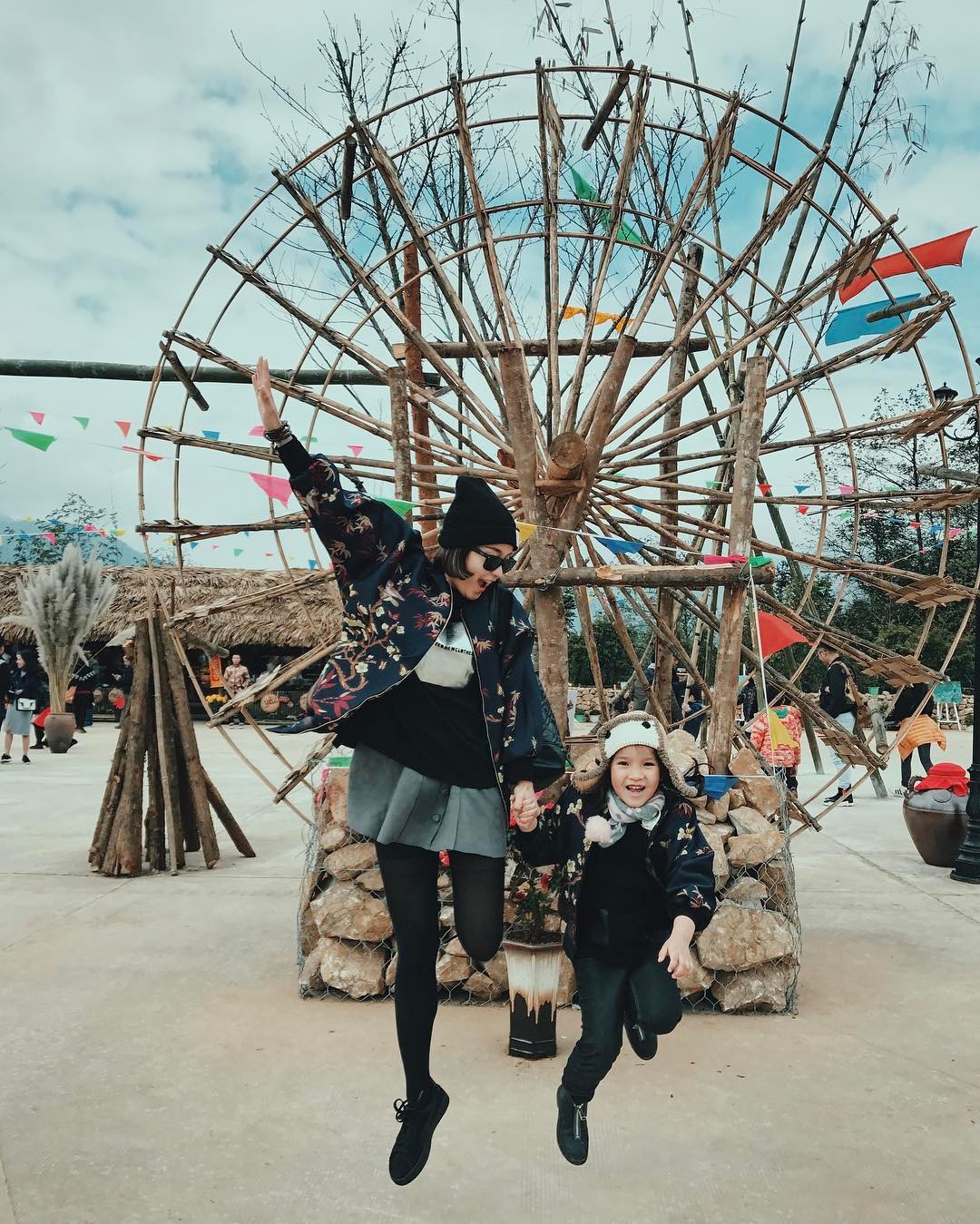 Warm clothes for Tết in the north
Image credit: @mivanng 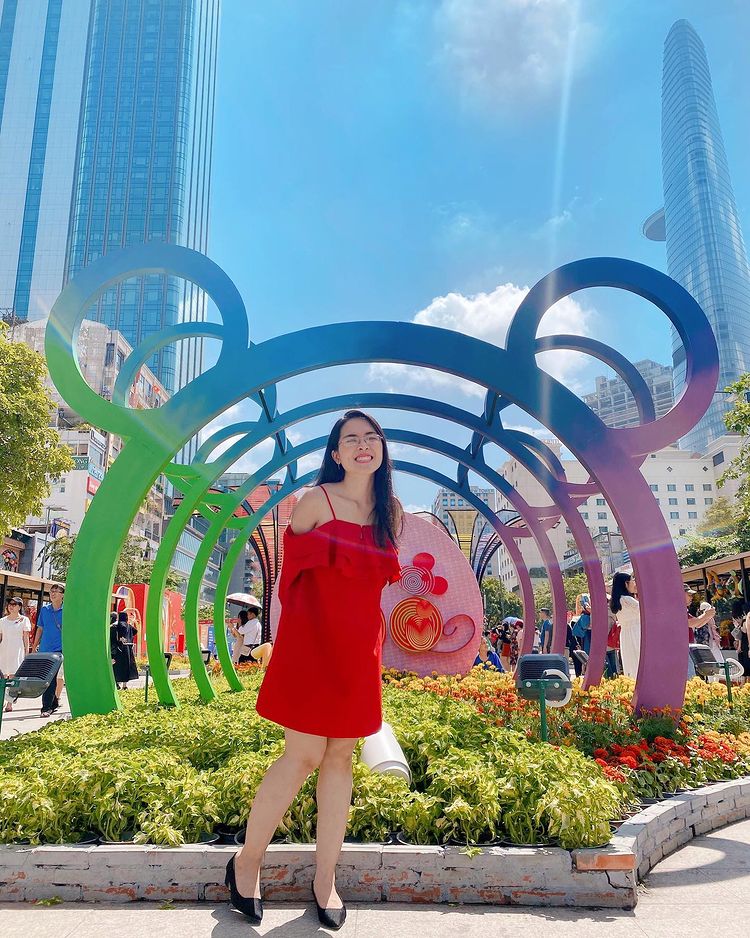 Summer clothing for Tết in the south
Image credit: @pebap_lovely

2. Cherry blossoms in the north, apricot flowers in the south 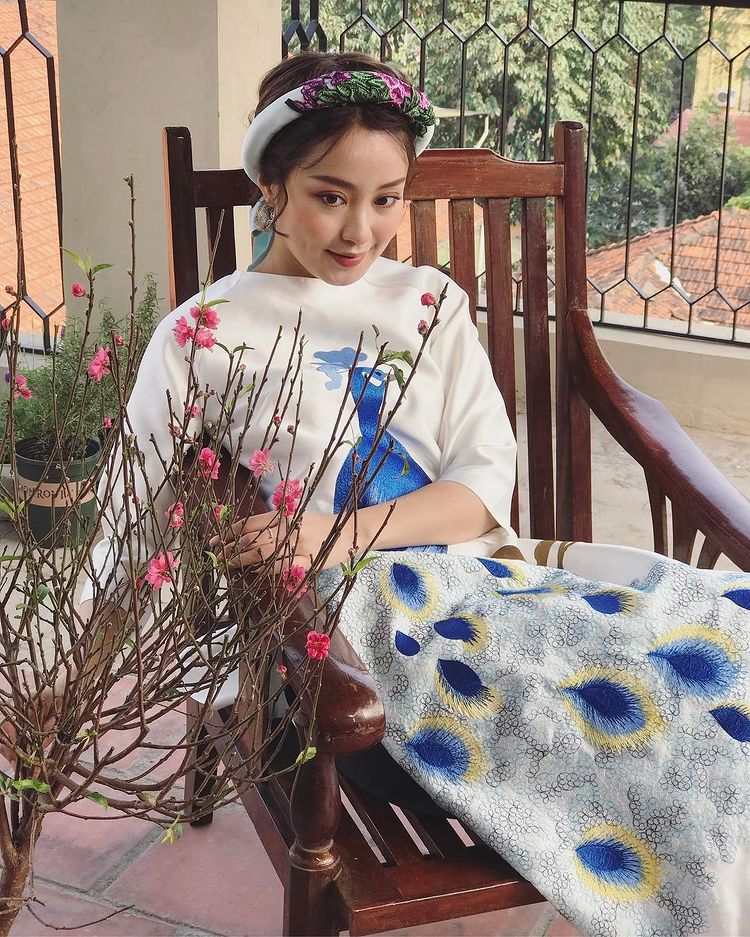 Due to differences in climates, the flowers used for household decorations are also different. 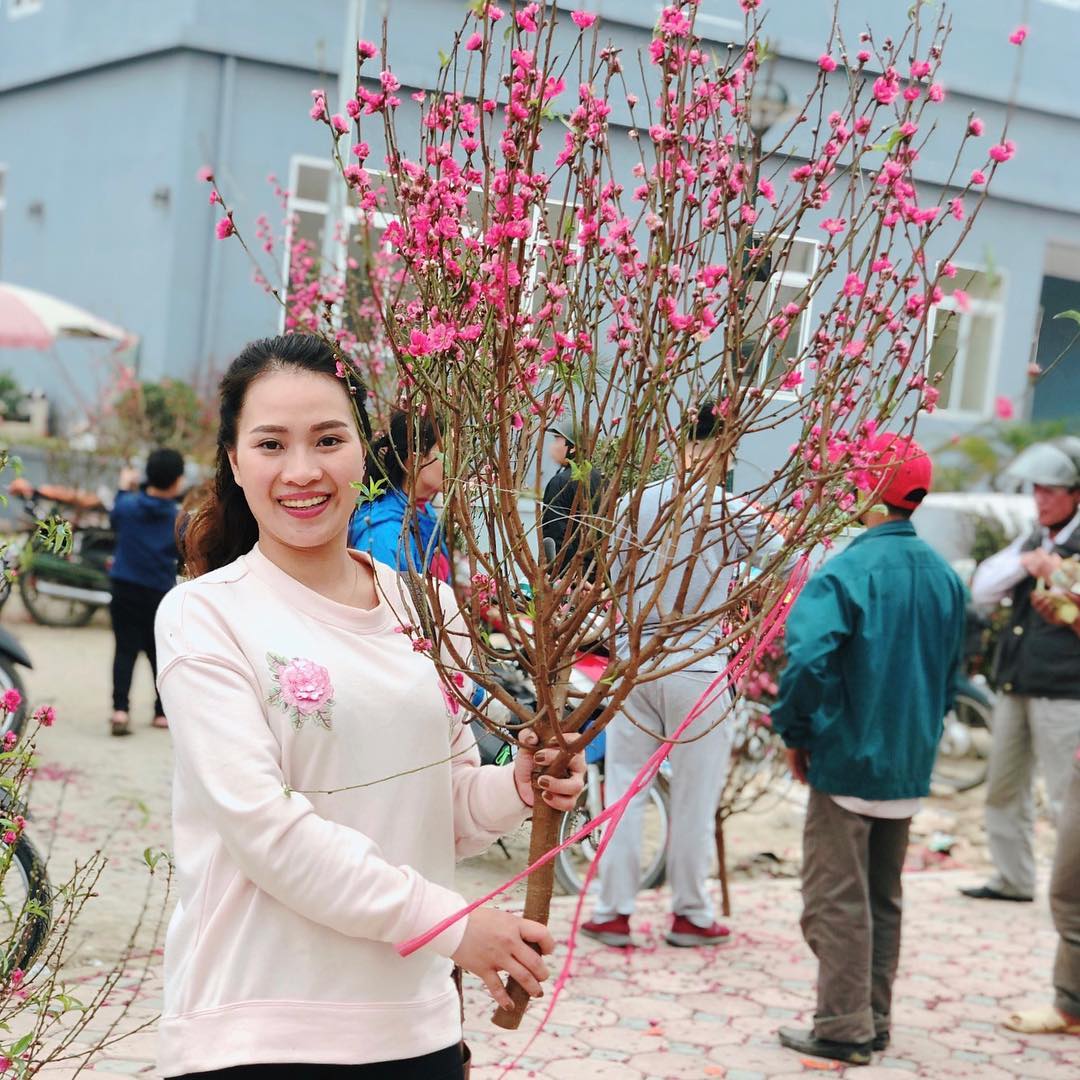 For ages, cherry blossoms have been the flower of choice for household decorations in the north during the Tết holiday. The presence of this iconic flower is always associated with the beginning of a new year. 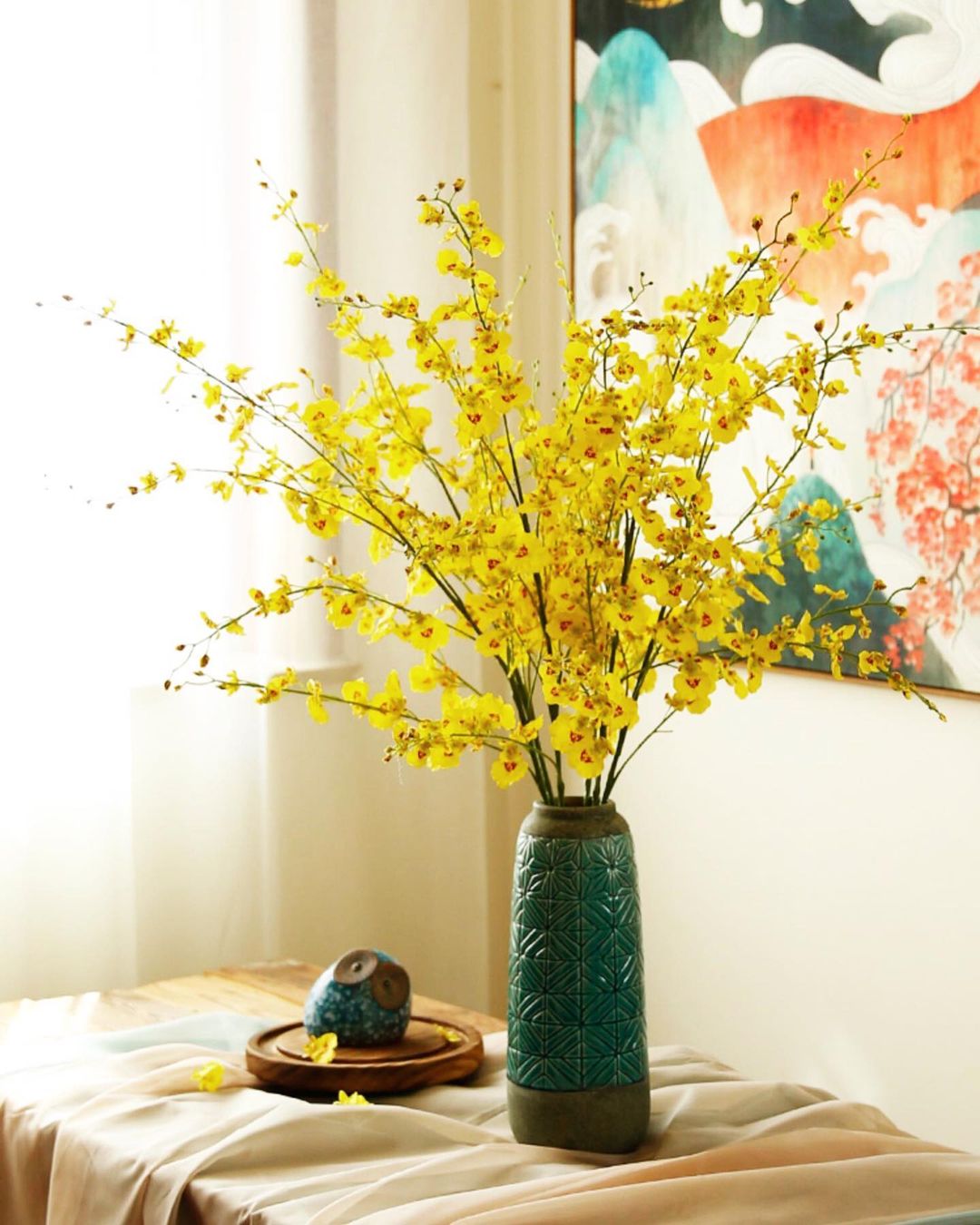 Glowing with a yellow tint and exuding a warm vibe, apricot flowers represent the vibrant energy of Southerners and the warm climate of this land of sunshine. For this reason, apricots are the most commonly seen flowers in Southerners’ households during the Lunar New Year.

3. Snacking on bánh chưng in the north, and bánh tét in the south 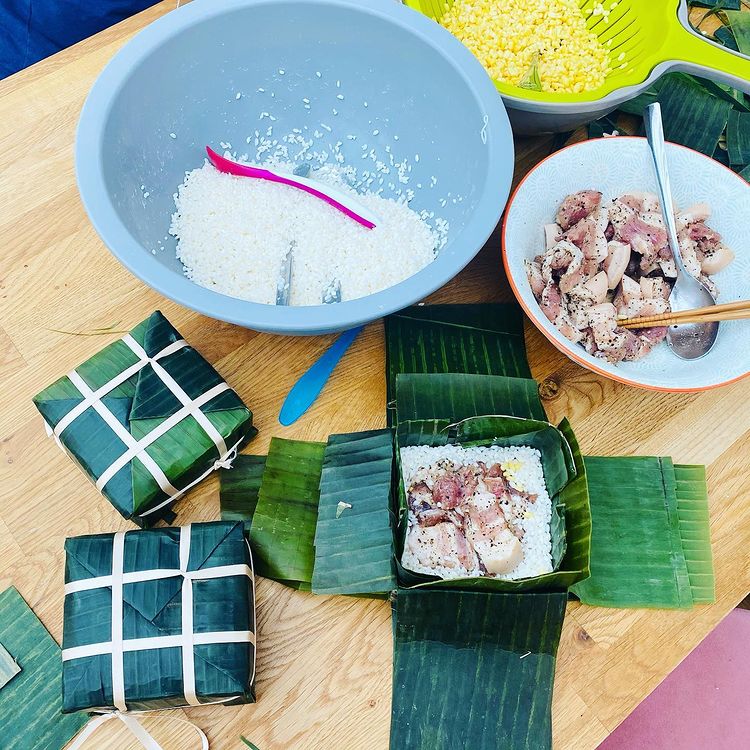 Both cakes are made from glutinous rice and filled with simple ingredients such as mung beans, minced pork, and onions. 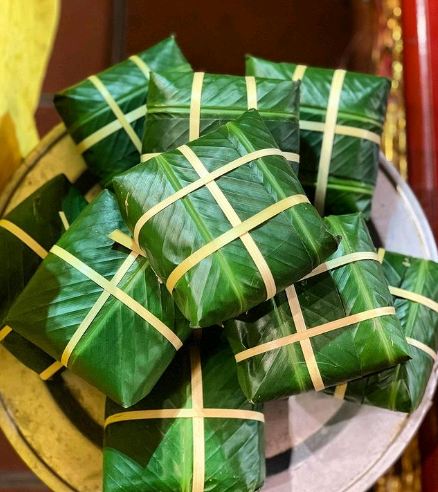 The main difference between these cakes lies in their shapes and sizes. Symbolizing the solid foundation of the Earth, bánh chưng always takes on sharply square shapes. 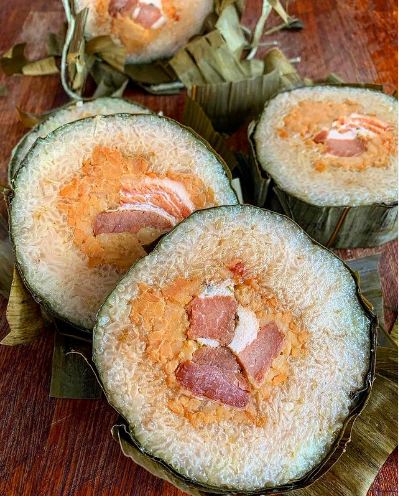 Bánh tét, on the other hand, are made in cylindrical shapes and of smaller sizes. 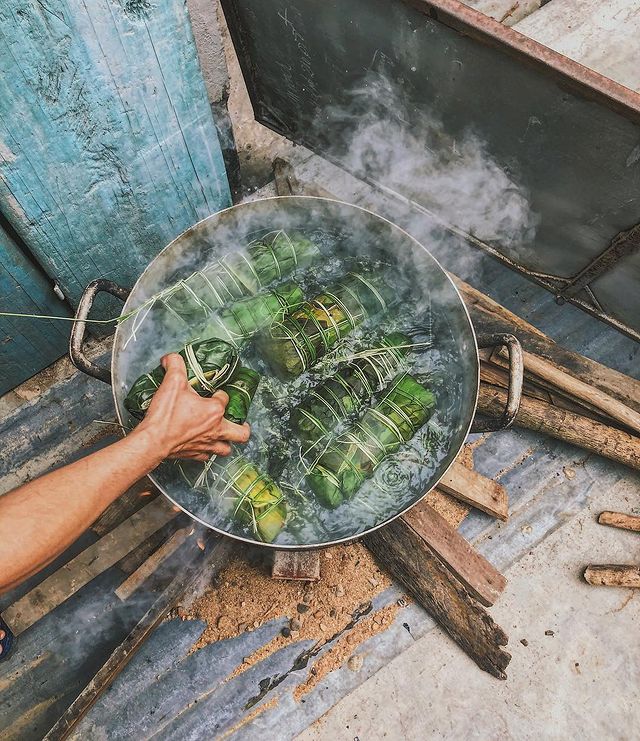 While most families today order festive cakes delivered to their doorsteps for Tết celebrations to save time, many others still follow the tradition of gathering together to cook these cakes themselves.

4. Different must-have Tết dishes on the first day of the new year 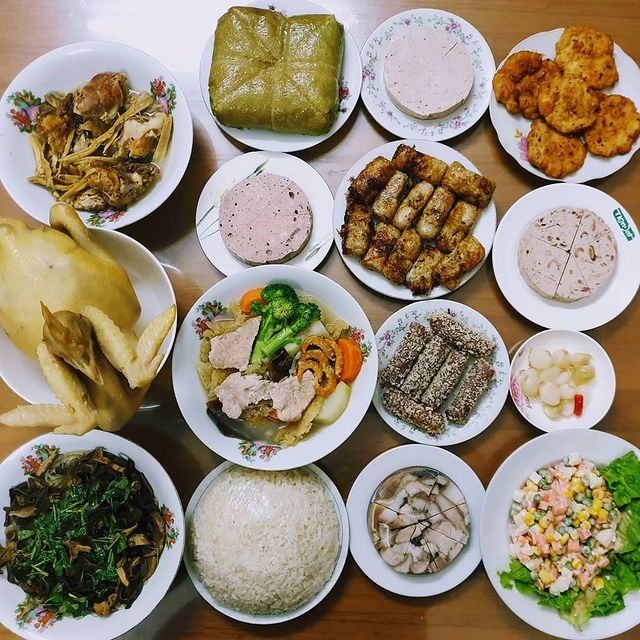 In the north, the first meal of the new year usually features traditional dishes such as frozen pork with pickles (thịt đông dưa chua) and bánh chưng, while the first meal in the south always consists of braised pork and duck eggs (thịt kho hột vịt) and bánh tét. 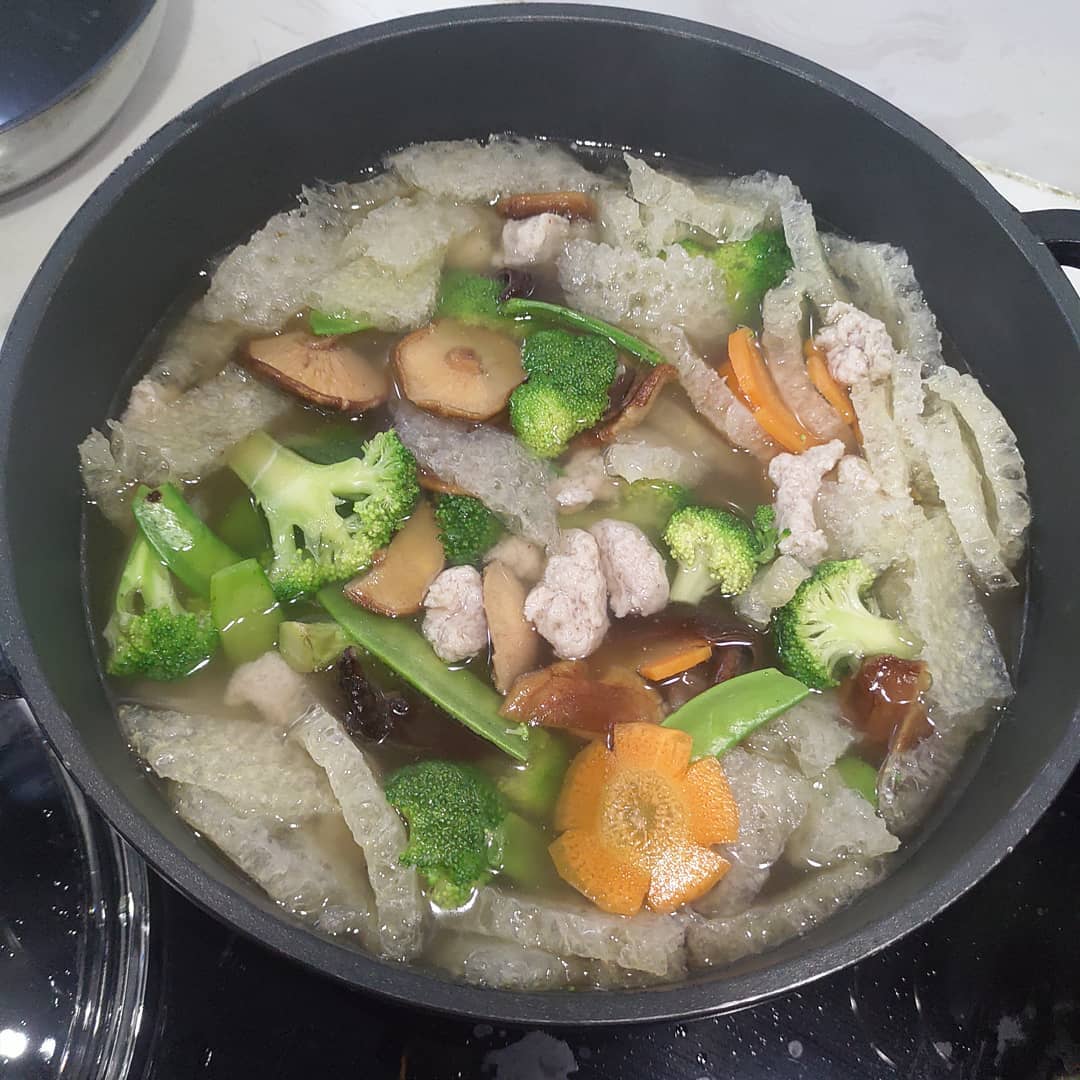 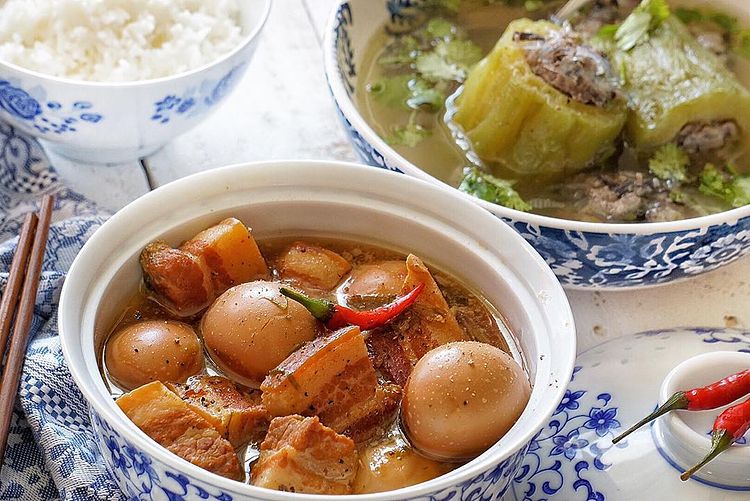 Meanwhile, Southerners choose a soup dish that can’t be any more different – bitter lemon soup with pork (canh khổ qua). While this dish is known for its plentiful health benefits such as reducing internal body heat and alleviating diabetes symptoms, it’s also remarkably bitter and hard to eat for many Northerners’ palates. 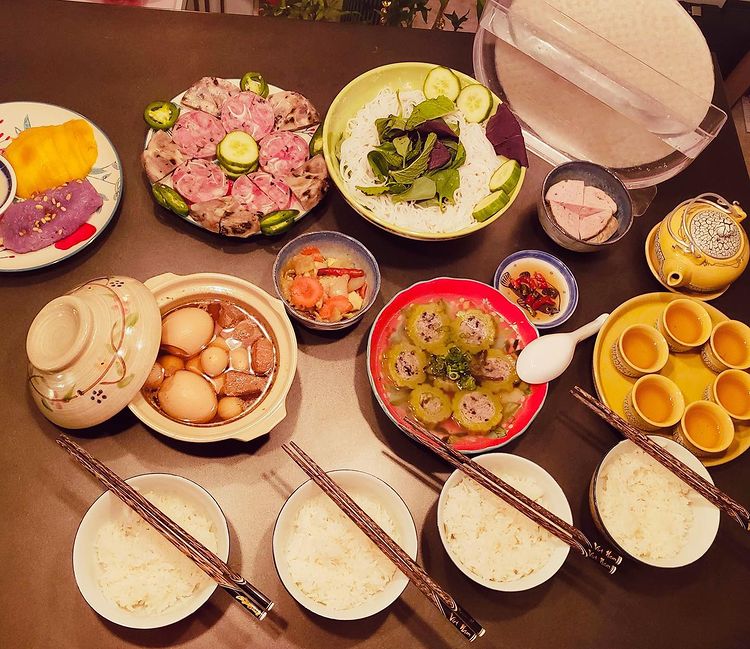 The dishes featured on the table of a northern household, including braised pork and duck eggs and bitter melon soup
Image credit: @lele_vanle

The words bitter lemon (khổ qua), sound like overcoming the suffering in Vietnamese, and thus signifying Southerners’ desire to weather the storms of the old year and advance into the new with better luck. 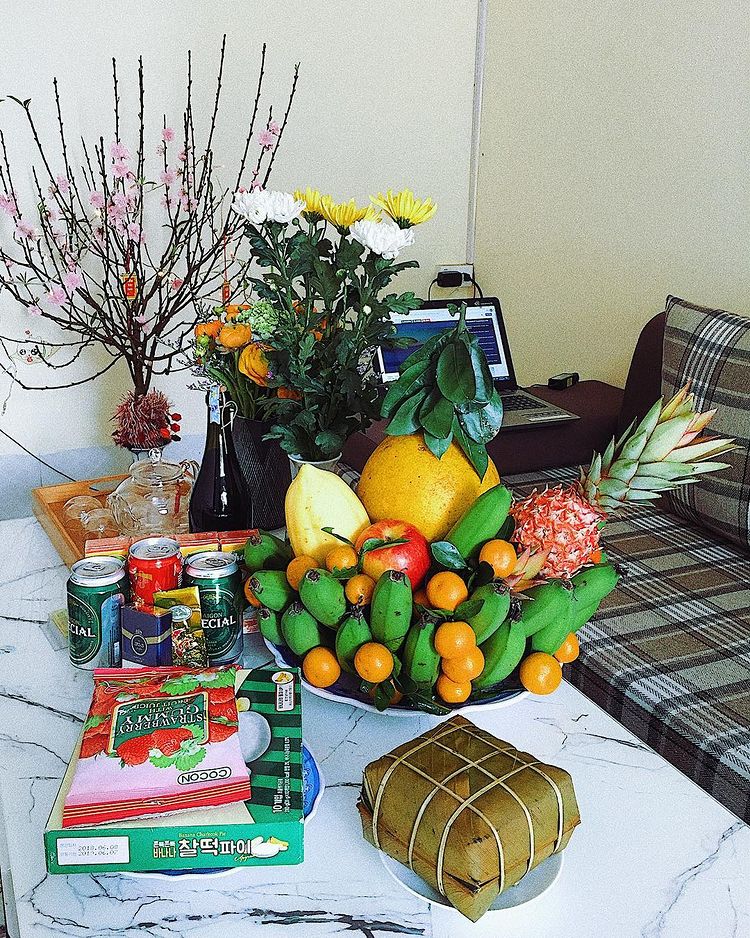 Five-fruit trays are a common sight on the altars of Vietnamese households during Tết celebrations. A tray consists of five fruits of different colors, signifying the family’s desire for the new year.

What you usually see on the fruit tray of a Southern family includes coconuts, melons, papaya, mango, and figs. 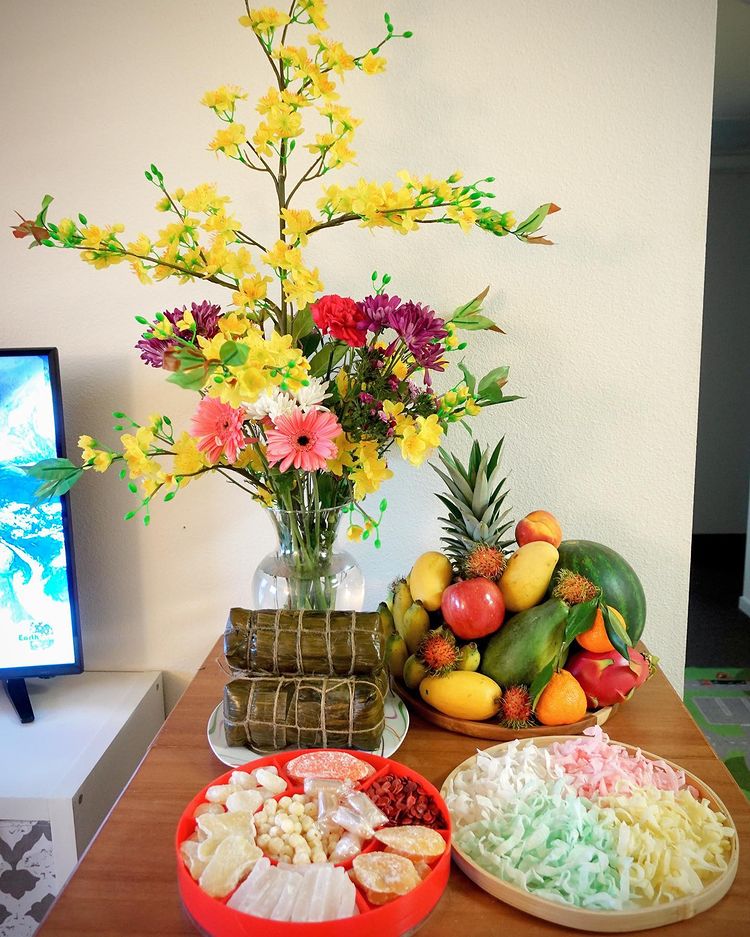 Southerners have a habit of avoiding using dishes or fruits that sound similar to words with negative connotations. For example, Southerners don’t put bananas on their trays because the word for bananas (chuối) sounds similar to chúi nhủi, meaning failures. Northerners, on the other hand, prioritize placing a banana on the tray because its curved ends represent protection and cosiness. 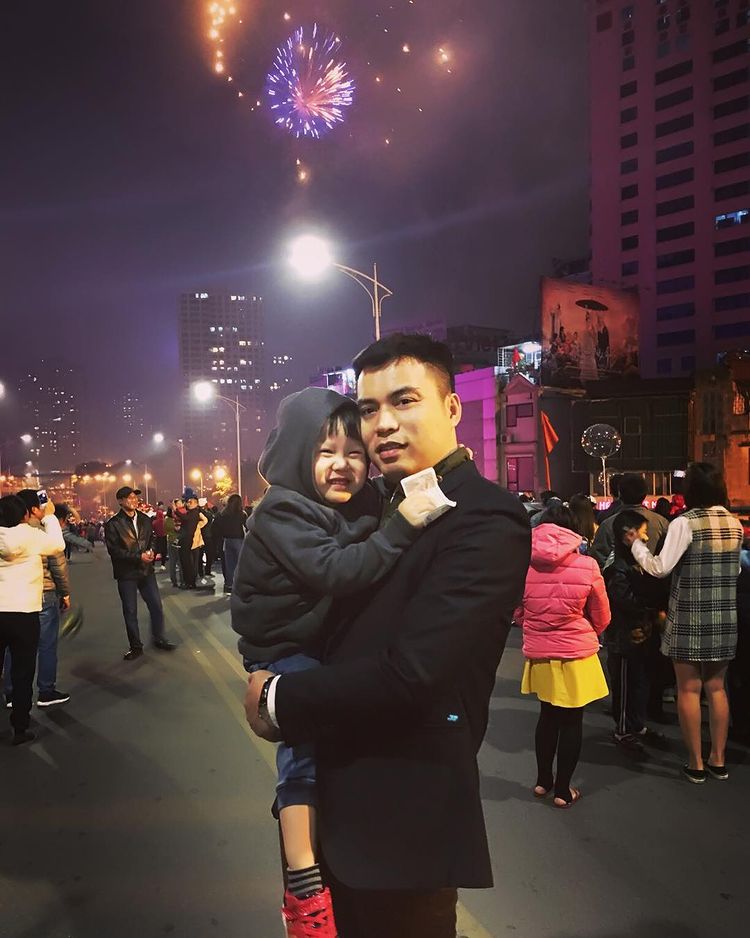 Northerners tend to be very selective about the first person to enter their homes on the first day of the year. The one considered suitable to enter the house must be compatible with the homeowner in terms of birth dates and zodiac signs, and must not be going through any mourning period. 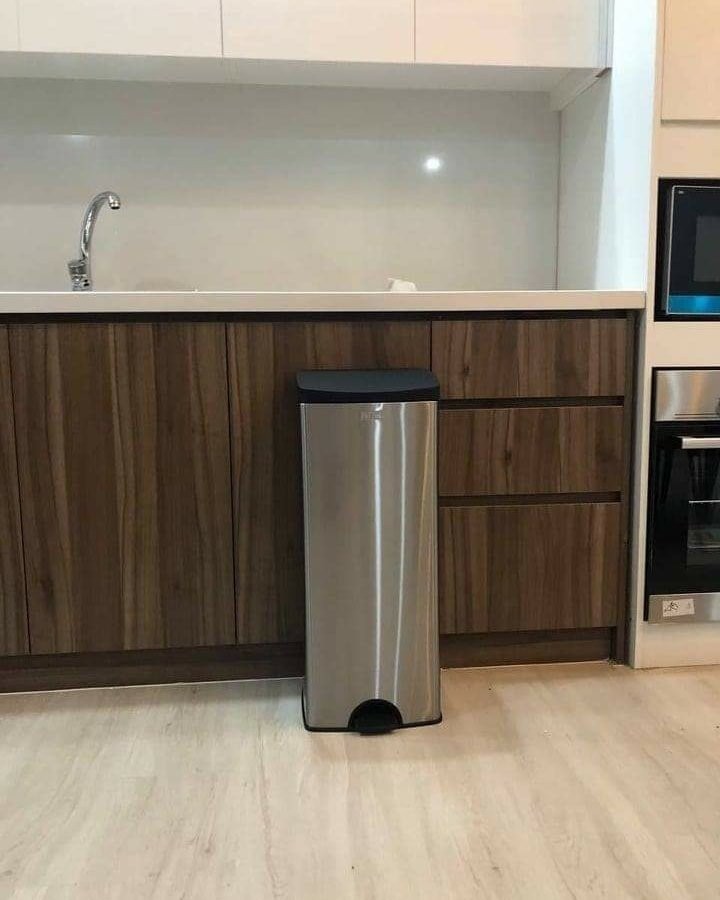 Among other things to avoid includes taking out the trash, which is considered a loss of money and benefits. Breaking tableware is also taboo because it symbolizes separation.

Besides, people are also advised against lending fire to someone else to avoid exhausting their luck, and also avoiding lending others water, which is a symbol of prosperity. 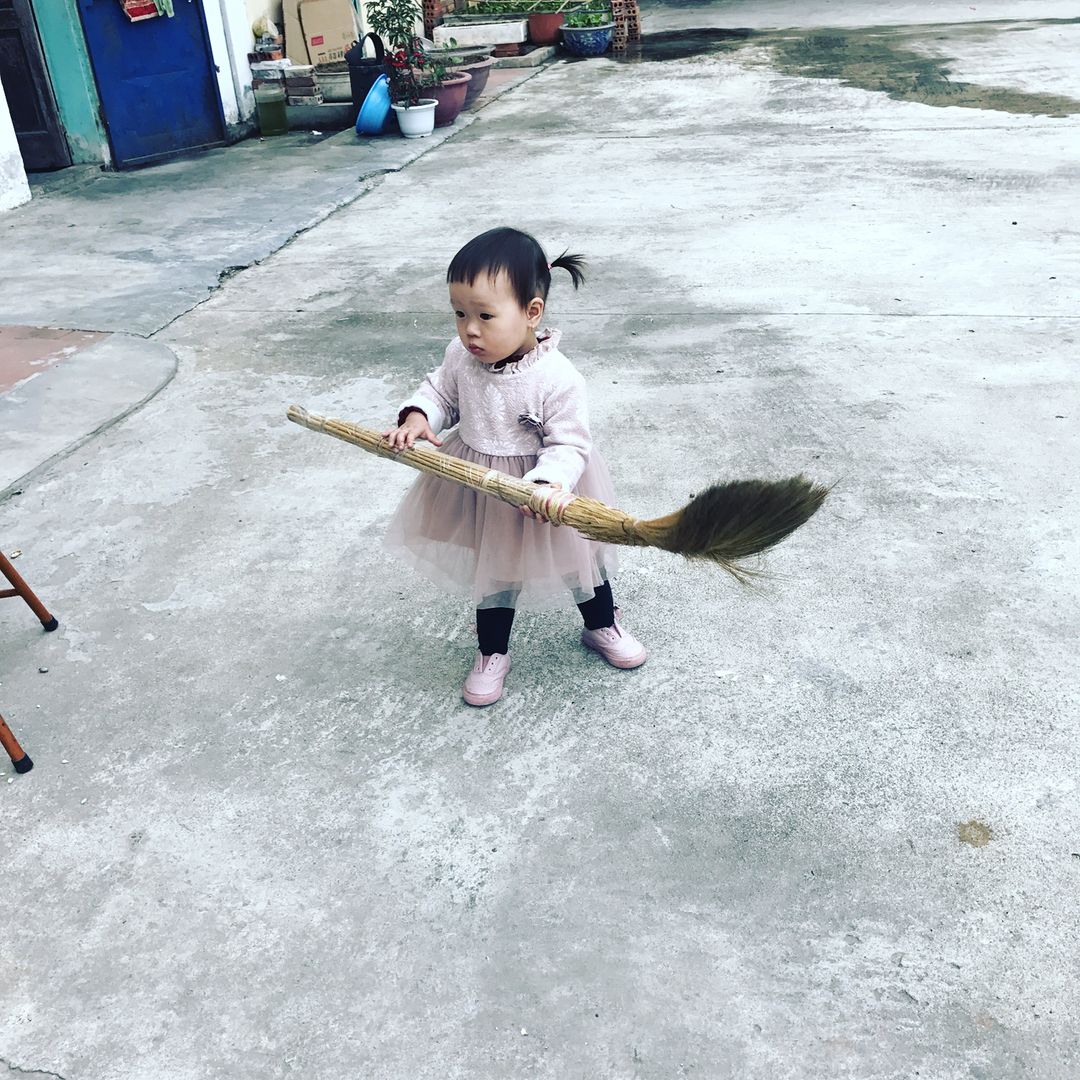 Southerners believe that losing broomsticks on the first day of the new year will result in frequent check-ins by thieves in their homes. Thus, Southerners have set a rule of putting away broomsticks in a secured place right after pre-Tết cleaning.

7. Buying flowers from vendors in the north and markets in the south 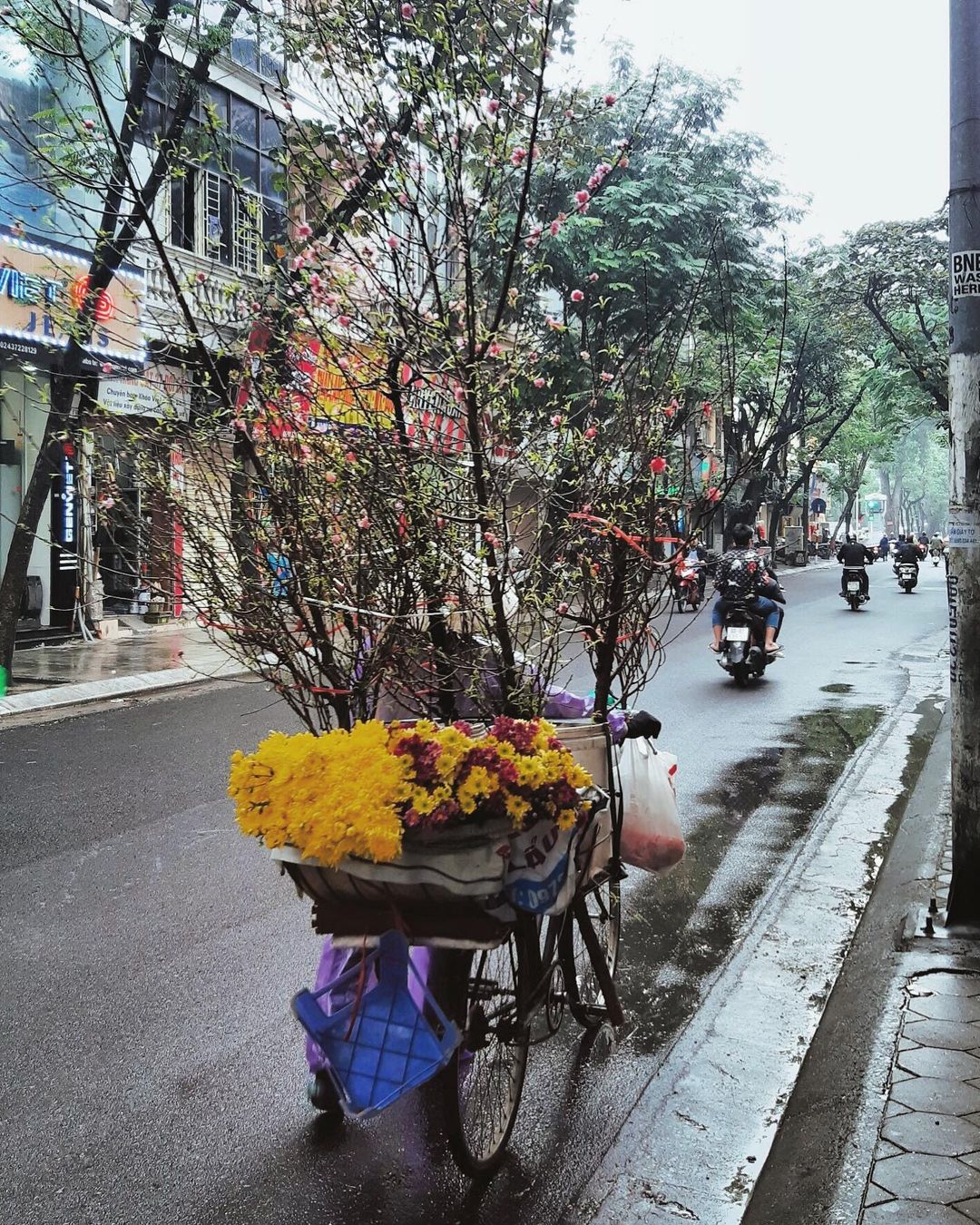 Hanoi is one of the few places in Vietnam where you still see plenty of flower vendors cruising the city on bicycles to sell fresh flowers. 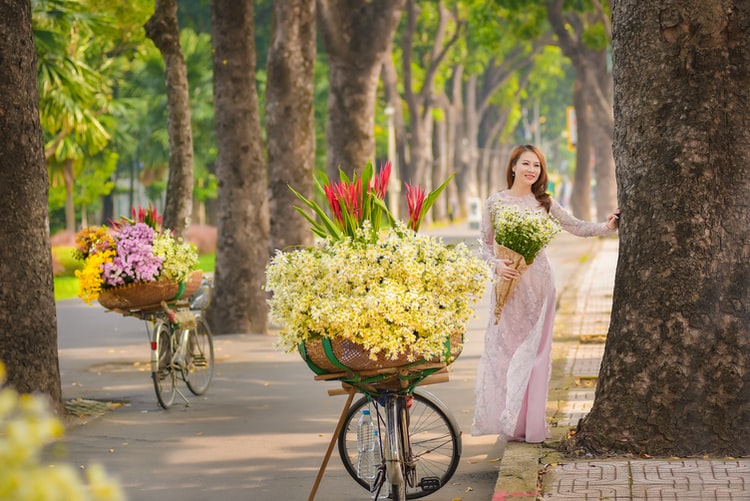 For this reason, most Hanoians don’t go to flower markets or flower shops to buy flowers for Tết celebrations. All they have to do is to wait until a random flower vendor passes by to purchase flowers or go to any random street flower vendors nearby. 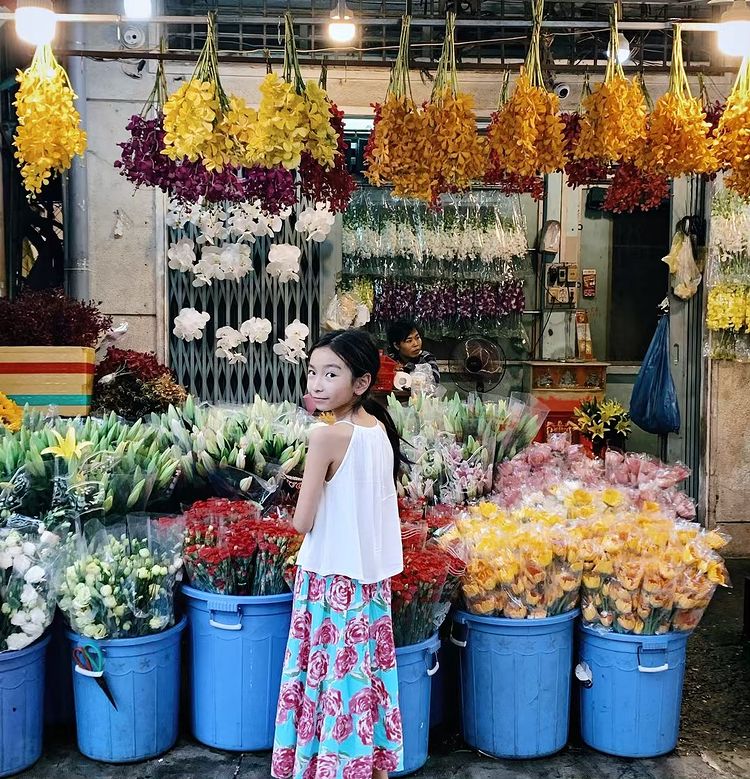 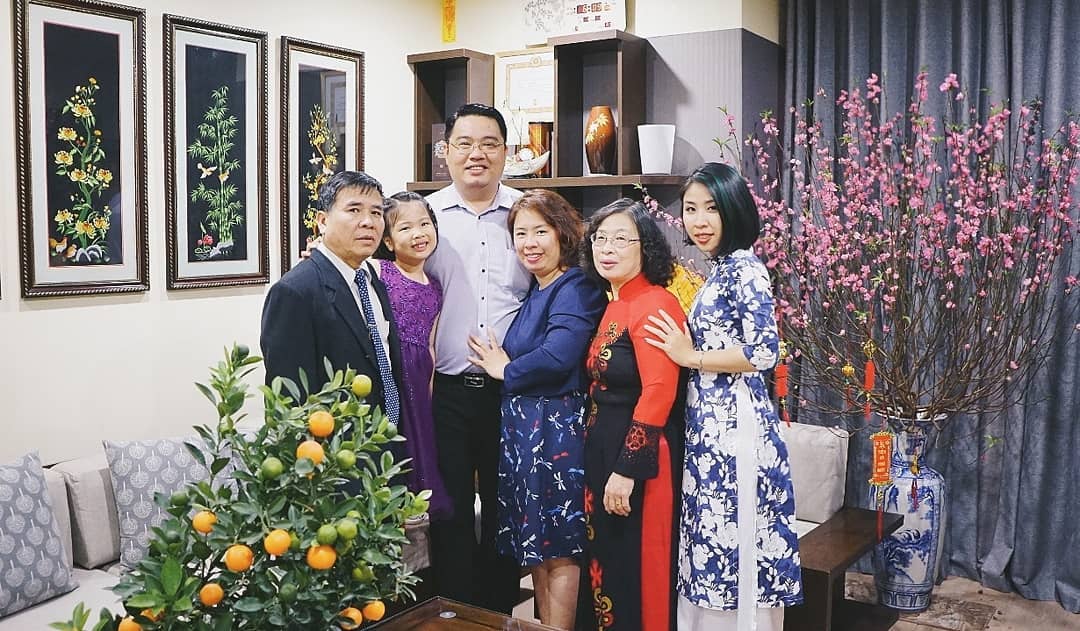 Sticking to local tradition, Northerners tend to dedicate the 1st and 3rd days of the new year to visiting close relatives. 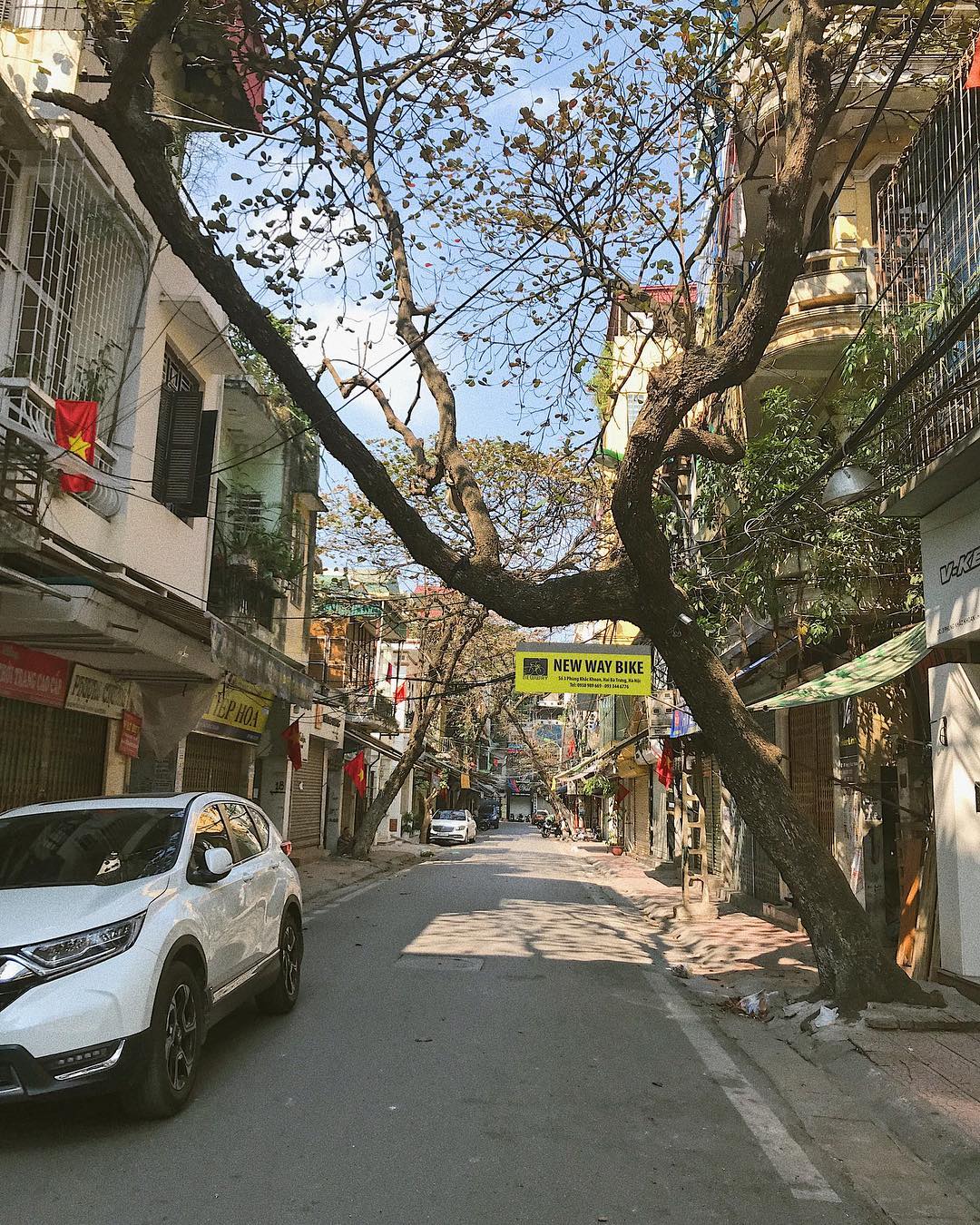 For this reason, most streets in the north are often empty on the first day of the new year. 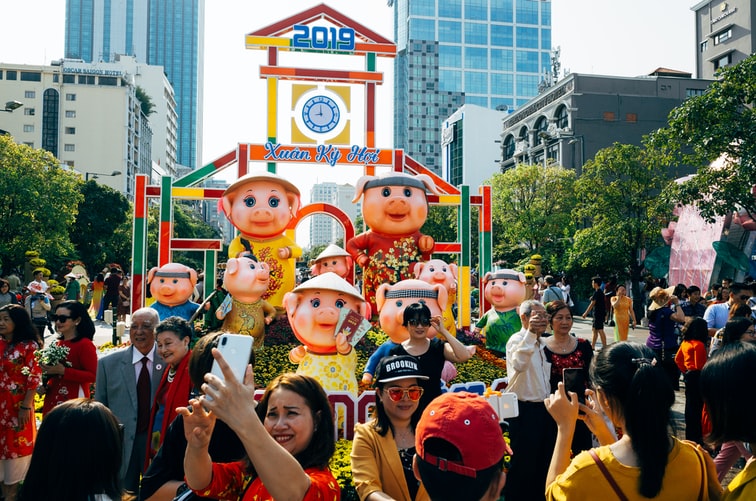 Most Southerners, however, flock to the streets to engage in festive Tết activities or travel to other places right on the 1st day of the year. While the celebratory vibe still penetrates the north until the 7th or the 10th day, Southern cities are already returning to normalcy by then.

While Northerners see Tết as more of a mandatory cultural celebration, Southerners see the holiday purely as an occasion to unwind before returning to work. Thus, most people and service establishments in the South resume work after the Tết holiday several days sooner than those in the North.

The ways Vietnamese across the country celebrate the Lunar New Year holiday may look similar at first sight. However, there are still things that set Northerners and Southerners’ Tết celebrations apart.

While the differences in customs and superstitions reflect the diversity of Vietnamese culture, the Tết festival nationwide is all about celebrating old traditions and honoring family ancestors. 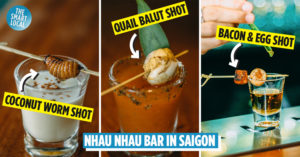 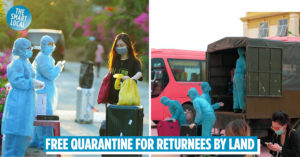