Tết – the Vietnamese Lunar New Year – is the biggest festival of the year for Vietnamese people. It’s a time for us to put aside work and worries to reunite with our loved ones, and wish one another all the best for the new year.

So if you happen to be in Vietnam during this major occasion, here is everything you need to know about Vietnamese Tết traditions and customs to appreciate the meaning behind each of the ceremonies and activities.

1. Sending off the “Kitchen Gods” to heaven 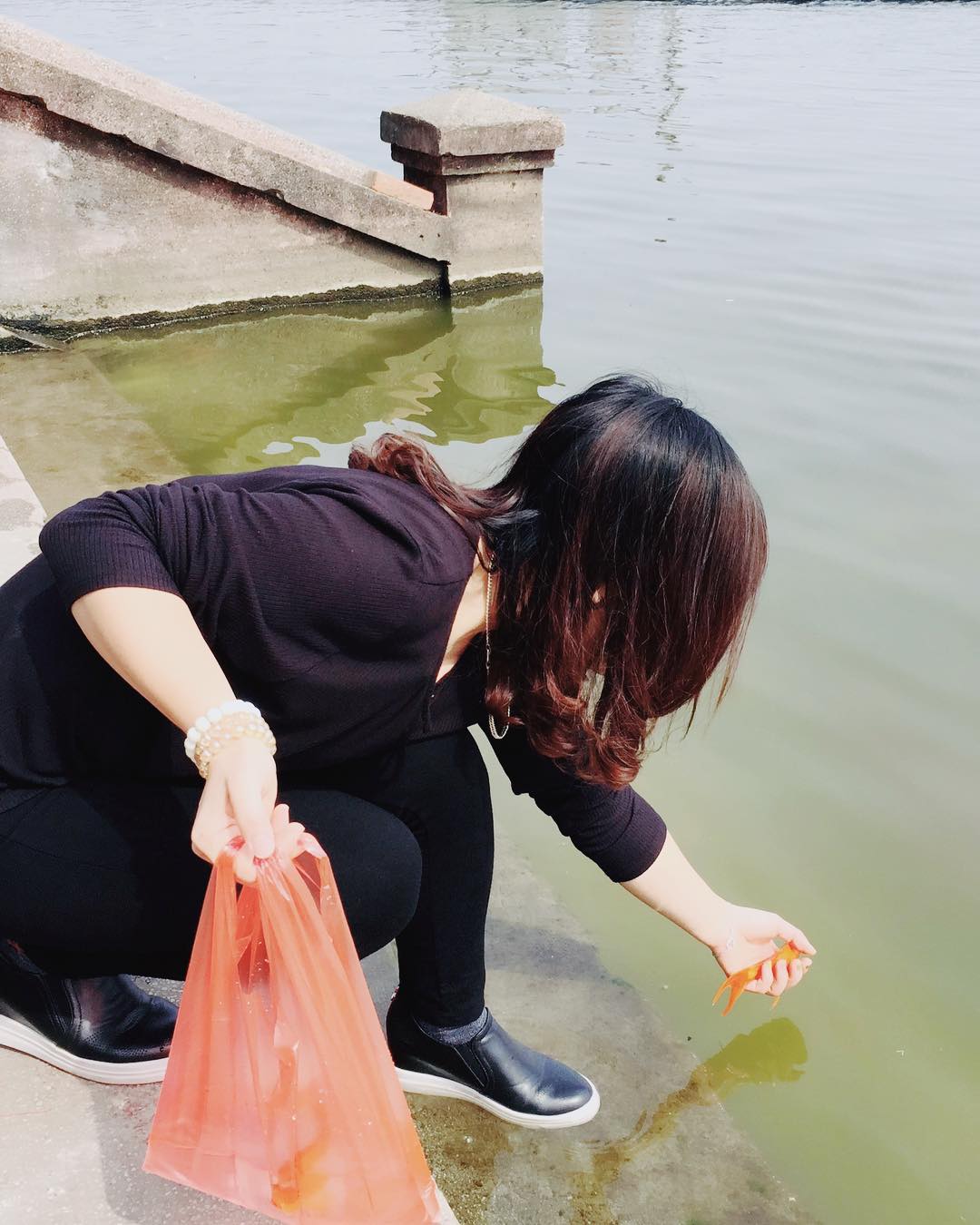 In Vietnamese belief, each household has a trio of minor gods known collectively as “Ông Công Ông Táo” – or the “Kitchen Gods”. Residing in the kitchen, they watch over the household’s activities and return to heaven at the end of the year to report to the Jade Emperor – the ruler of all the gods. 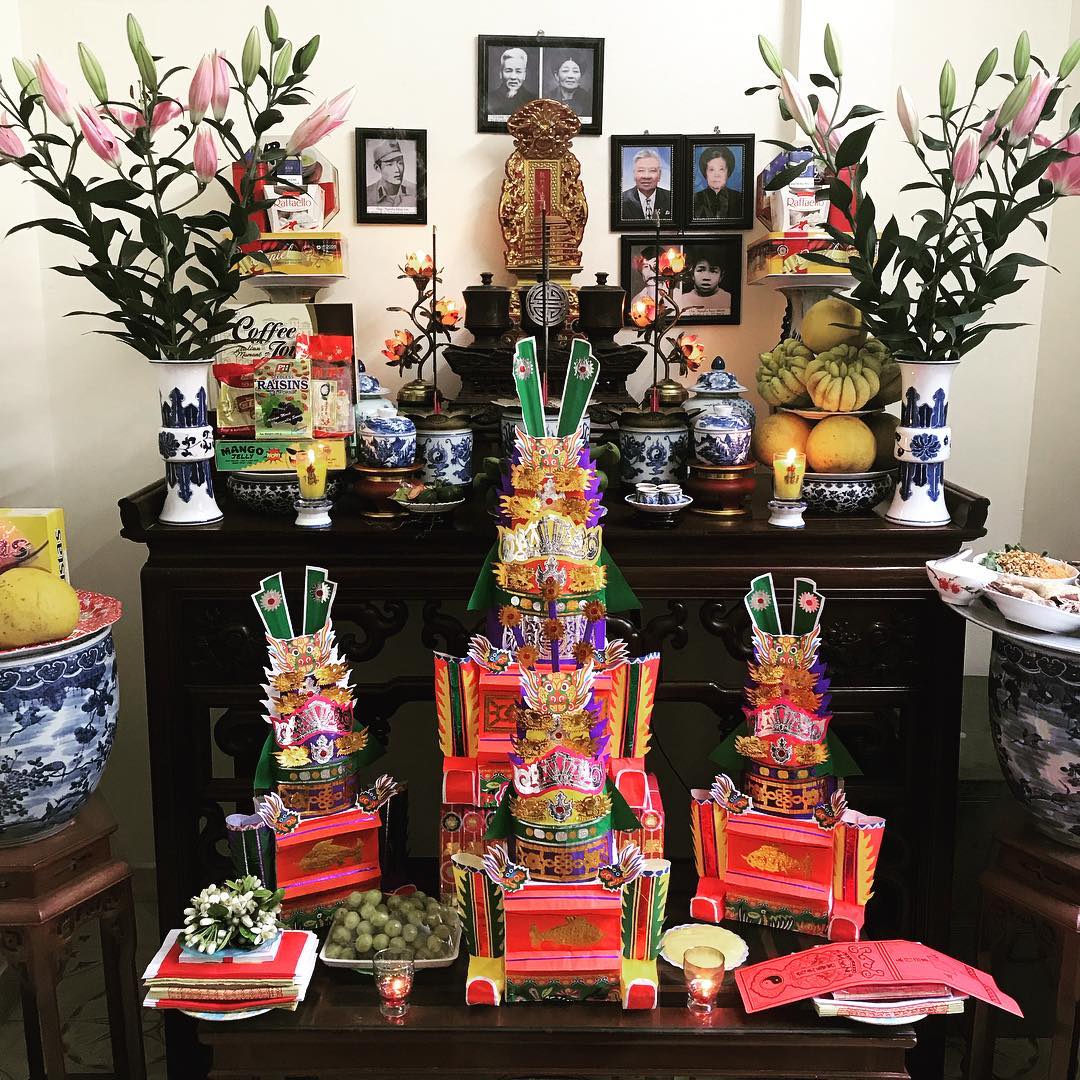 Ceremonial clothing made of votive paper is offered at the altar, then burned as a gift to the Kitchen Gods
Image credit: @linhh271092

This belief gives birth to a ceremony carried out every year on the 23rd day of the last lunar month. On this day, Vietnamese people buy golden koi fish or carps in markets and release them into rivers and lakes, believing that these fish will become mounts taking the Kitchen Gods to heaven. 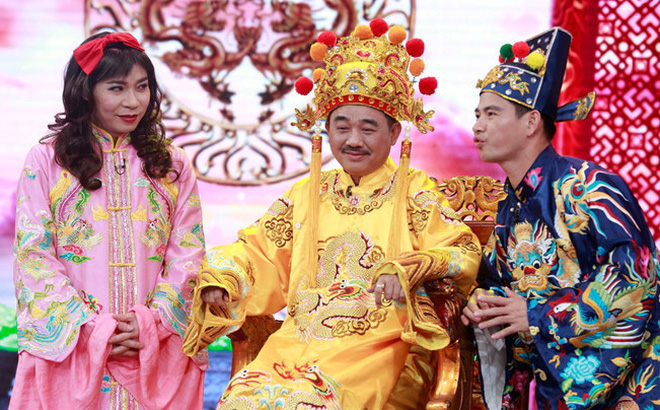 This custom has also become the theme for the massively popular Vietnamese comedy show “Gặp Nhau Cuối Năm” (Year-End Meeting) – where famous comedians take on the role of the Kitchen Gods to discuss major events that happened in the country in the past year in a humorous way.

Aired in the evening of the last day of the lunar year for over a decade, the show was looked forward to by millions of Vietnamese people during Tết, until it was canceled last year. 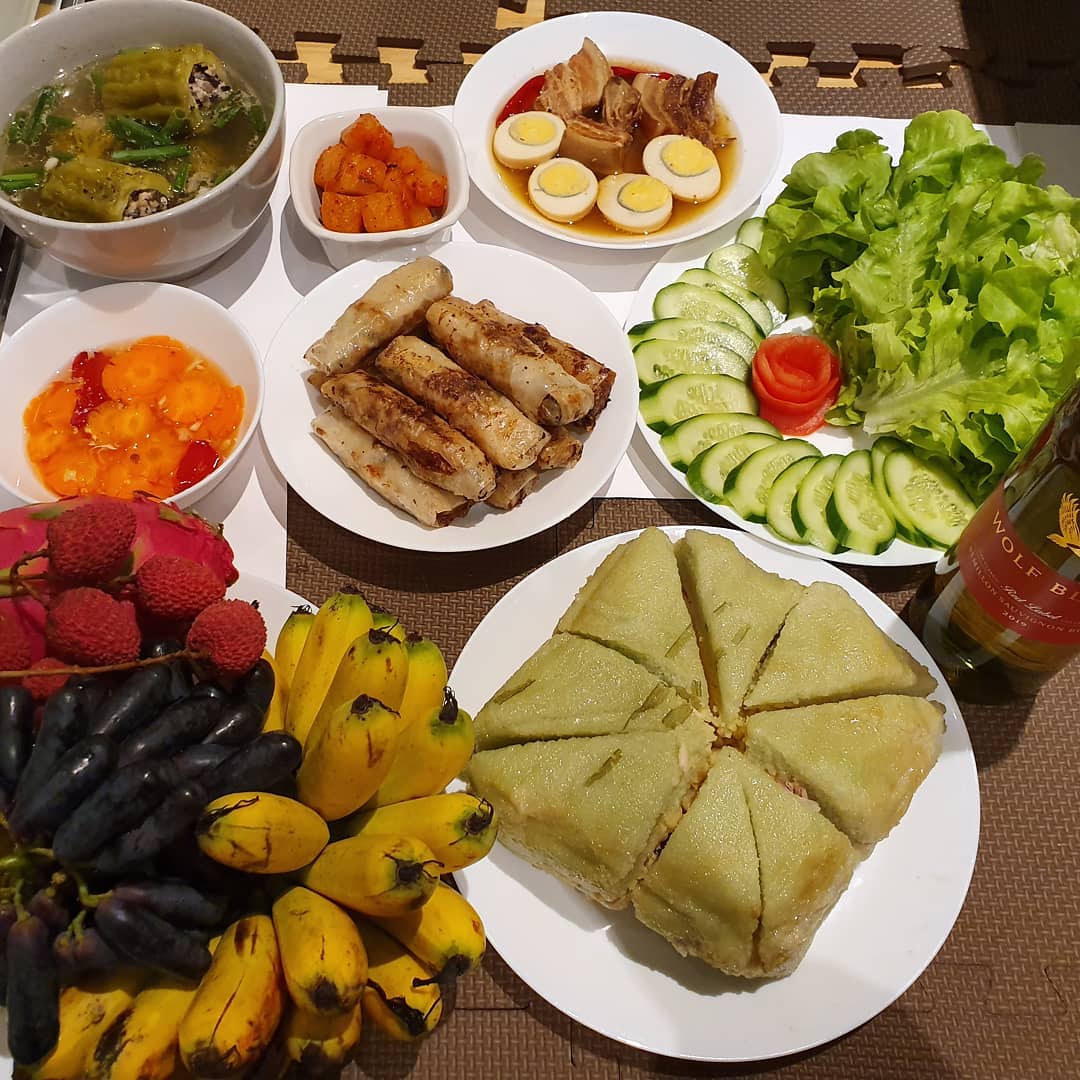 An indispensable part of every Vietnamese Tết meal would be bánh chưng – a traditional cake made by wrapping sticky rice with mung beans and fatty pork in a kind of leaf called “lá dong”, then boiling the whole thing in a pot of water. 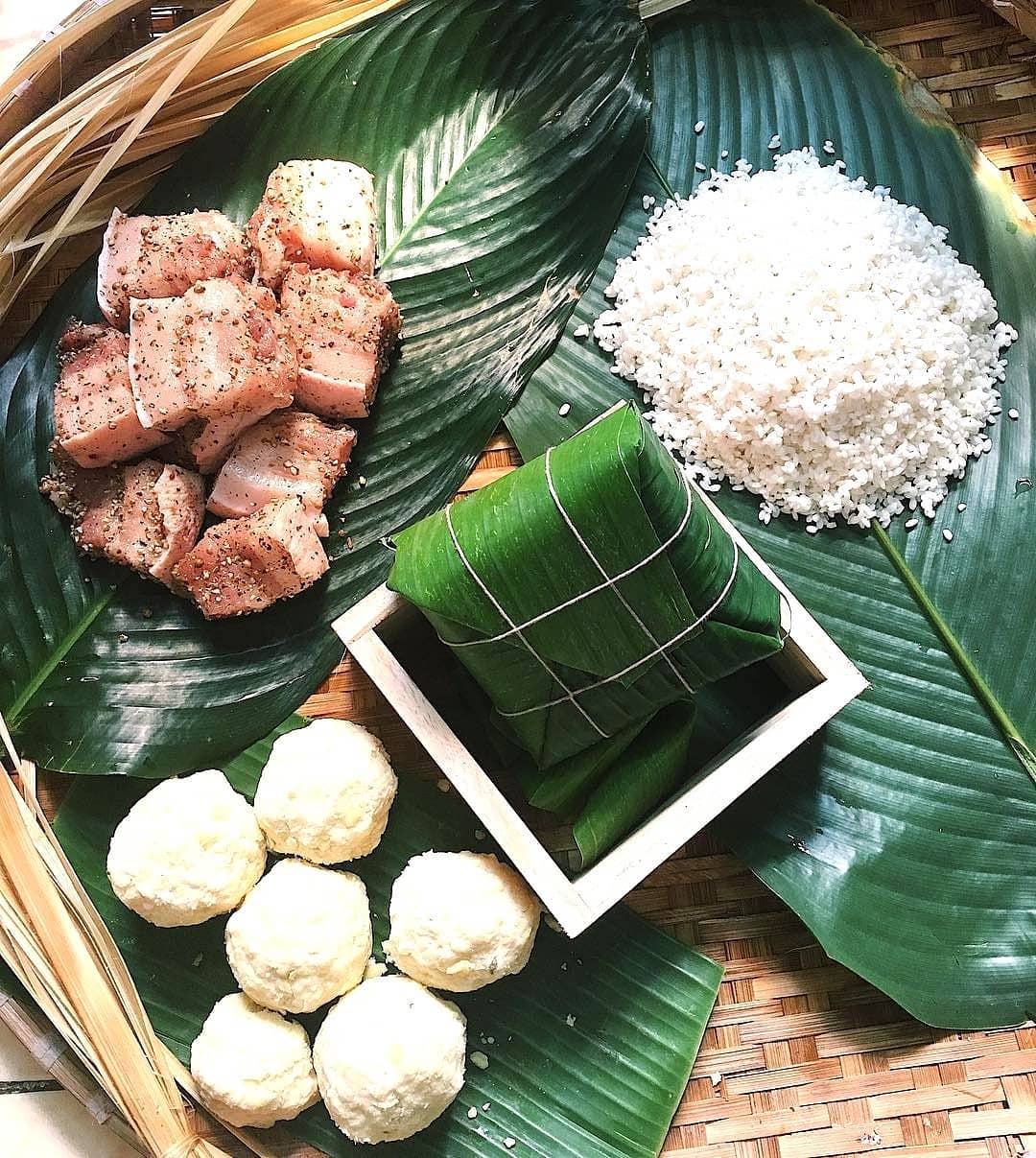 Bánh chưng supposedly has its roots traced back to the era of the Hùng Kings – who are regarded as the ancestors of all Viet people. Its square shape and green color represent the earth, whereas its cousin bánh giầy – a white, flat, and round type of rice cake – represents the sky. 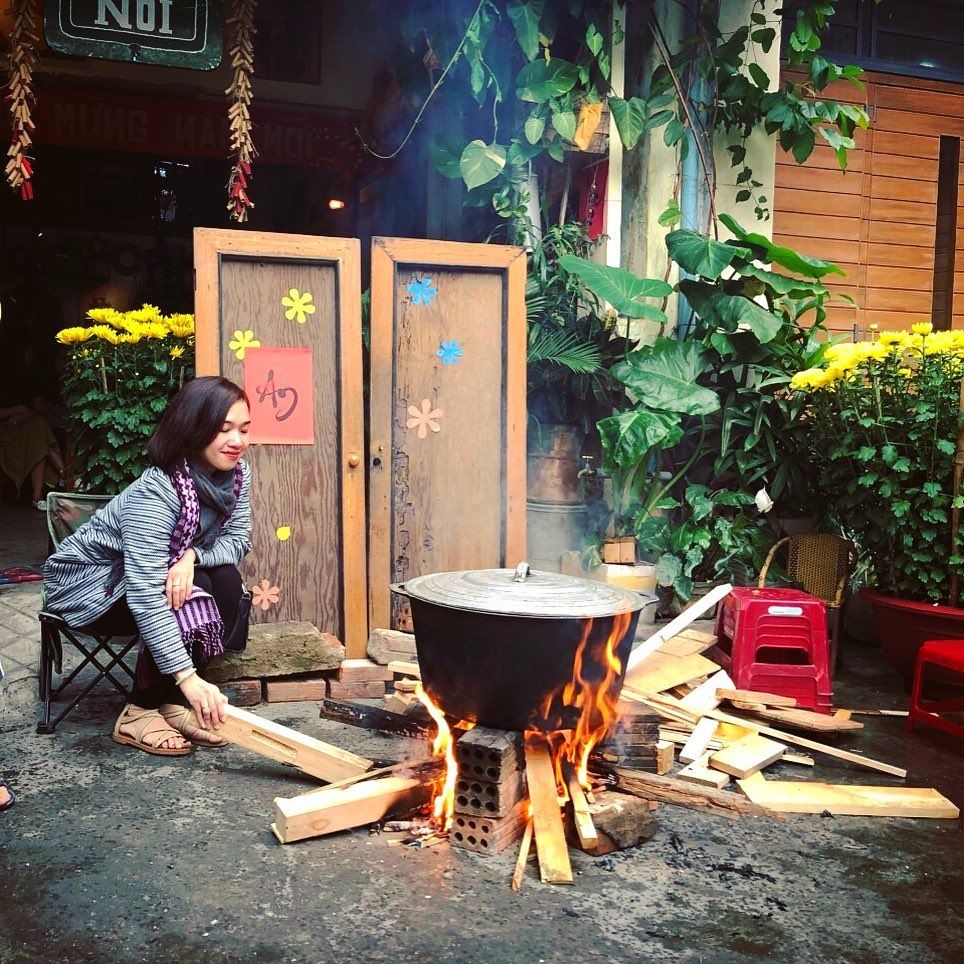 In the past, most Vietnamese households would make their own bánh chưng in the days leading up to Tết. In fact, many 80s and 90s Vietnamese kids probably still recall with fondness those cold nights huddling up next to the boiling pot of bánh chưng, drifting off in their parents’ arms to the crackling sound of the burning embers.

Today, however, the tradition is rarely seen in major cities anymore, and most people opt to buy bánh chưng from markets. Regardless, the dish remains a must-have on the table during Tết. 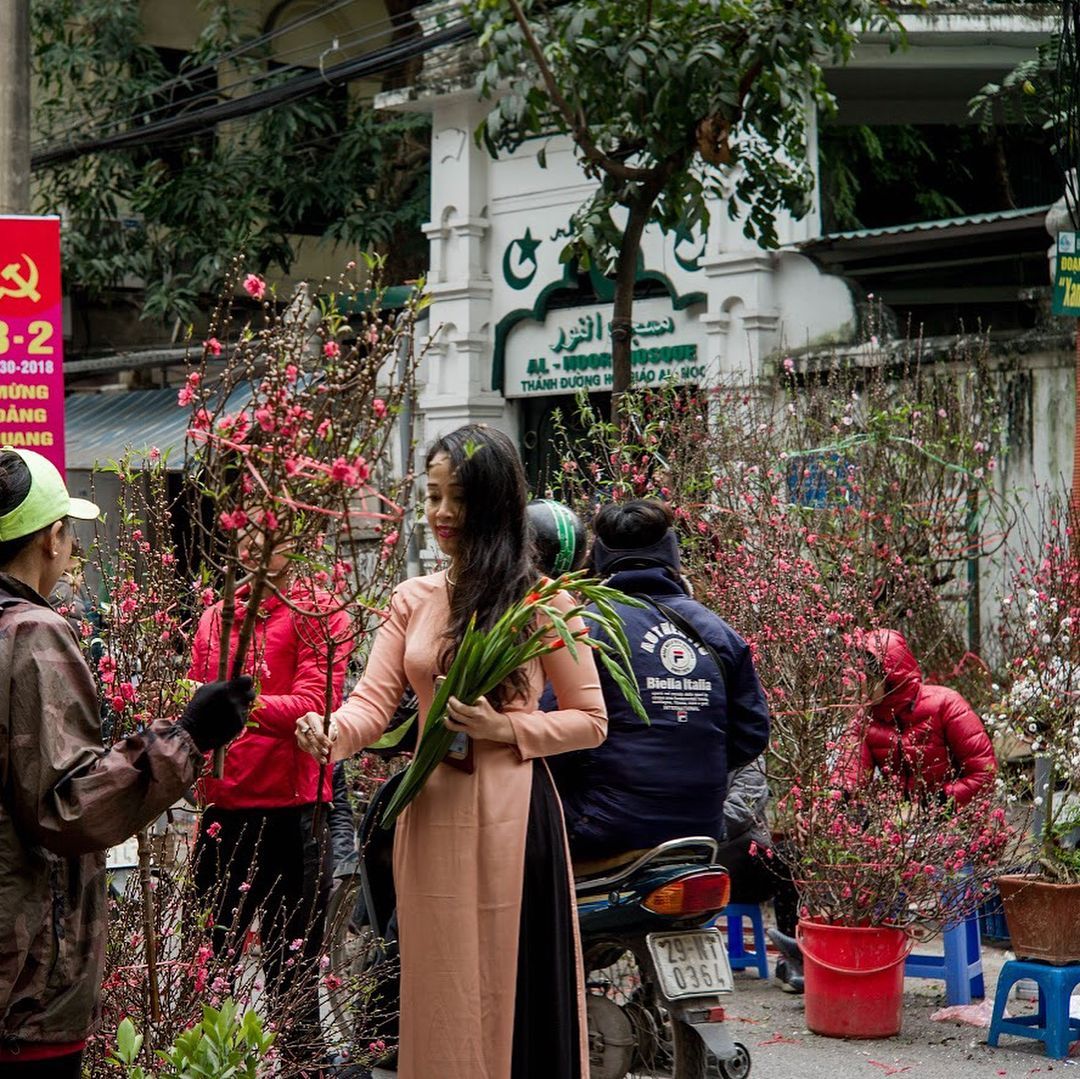 The images of peach and apricot blossoms are synonymous with Tết in Vietnam
Image credit: @thibichngocle

Come Tết, it is customary for northern Vietnamese families to display a peach tree whose flowers are in full bloom in their houses. Meanwhile, southerners instead use apricot trees to decorate their homes for the occasion. 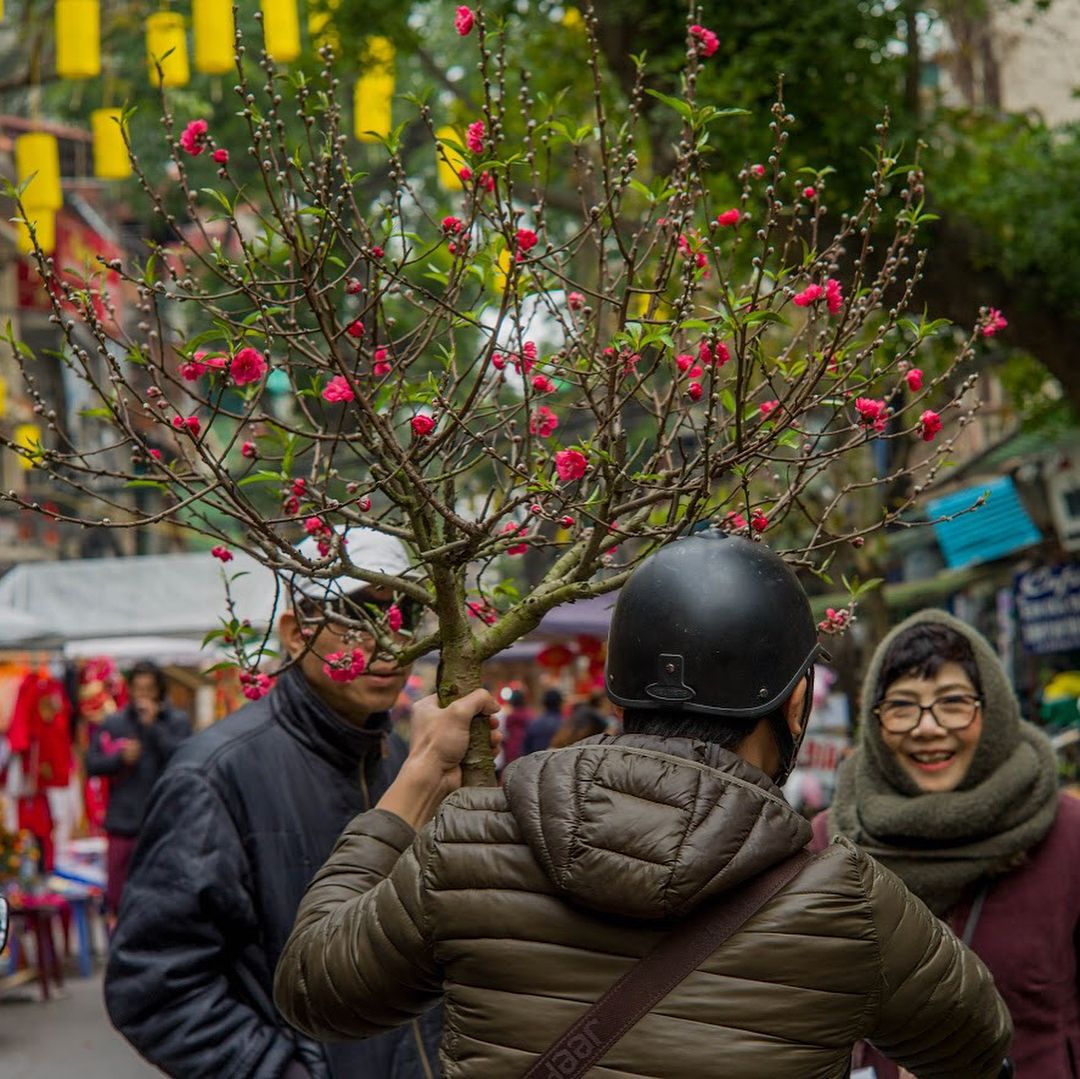 The blooming flowers are a symbol of growth and prosperity and are also believed to have the power to ward off evil. They reflect the people’s hopes for a fruitful new year. 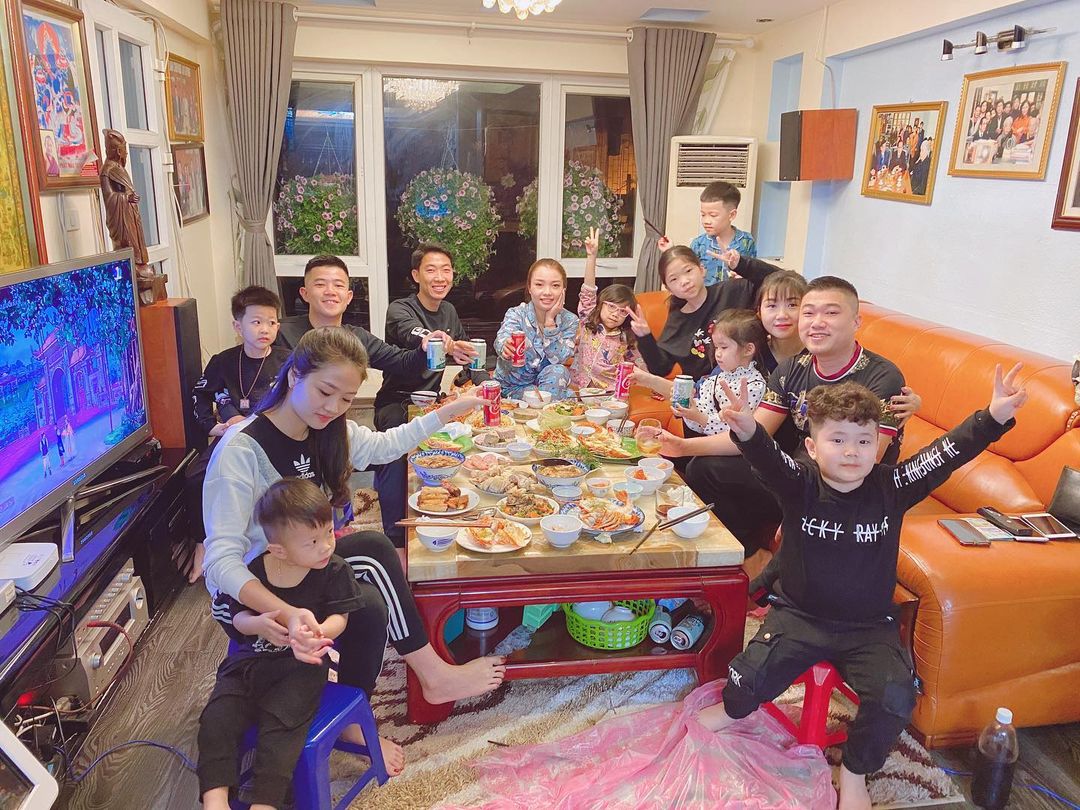 The last dinner of the year is a time for family reunions
Image credit: @phuong_anh0208

In Vietnamese culture, the last dinner of the lunar year is one dedicated to a family reunion. On this day, people set aside all business to return to their hometowns to have a meal with their parents, siblings, and relatives.

The meal includes traditional Vietnamese dishes such as bánh chưng, nem – Vietnamese spring rolls, boiled chicken, and sticky rice. The food must first be offered at the family’s ancestral altar along with a tray containing 5 types of fruits – the particular fruits used vary across different provinces of the country. 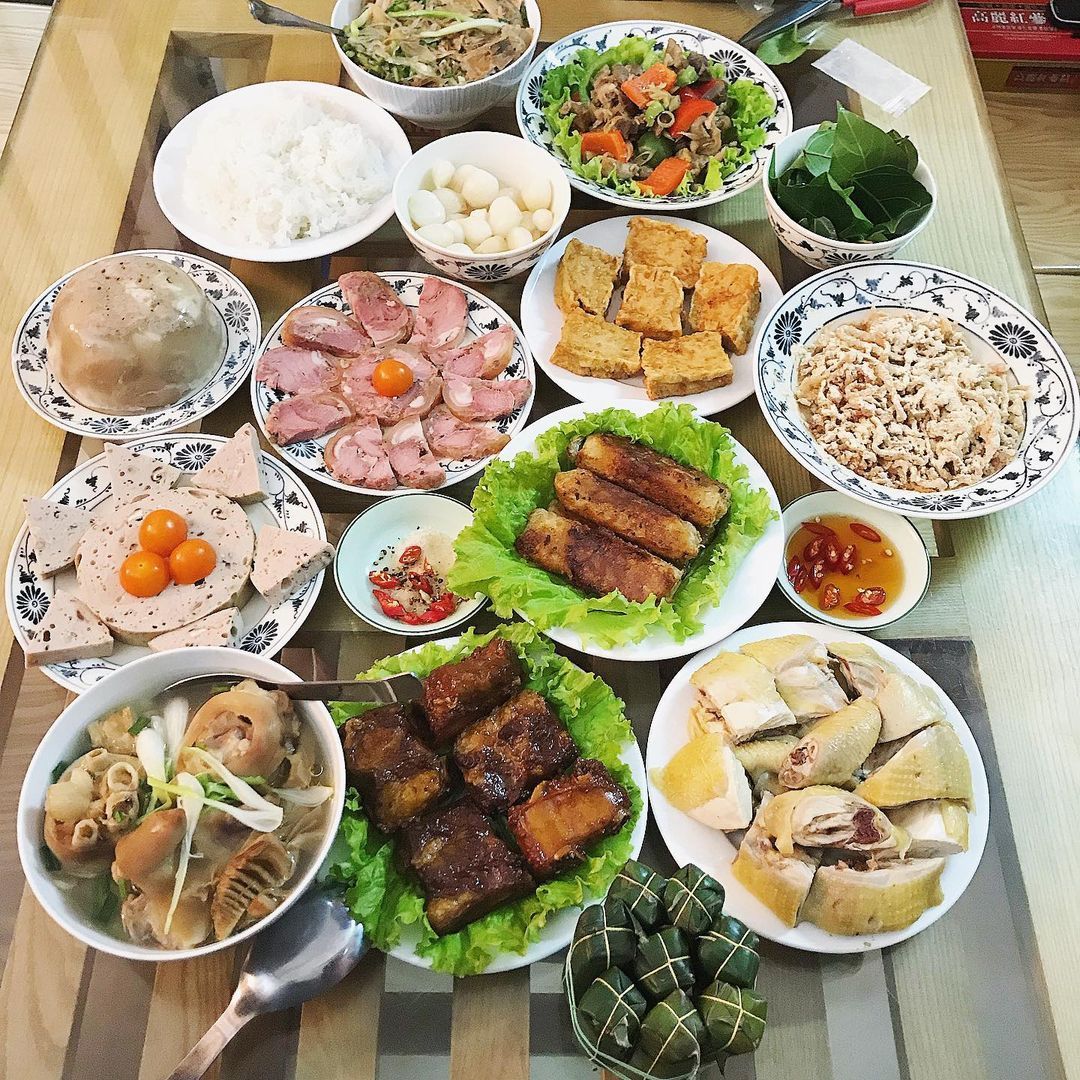 A year-end meal of a Vietnamese family
Image credit: @trangbilee

The gesture is considered an act of respect toward our forefathers. By displaying food, lighting incense, and praying at the altar, we ceremonially invite them over to share the meal with us. It is also common to burn votive money and other offerings as tributes to them.

5. Watching fireworks to usher in the new year 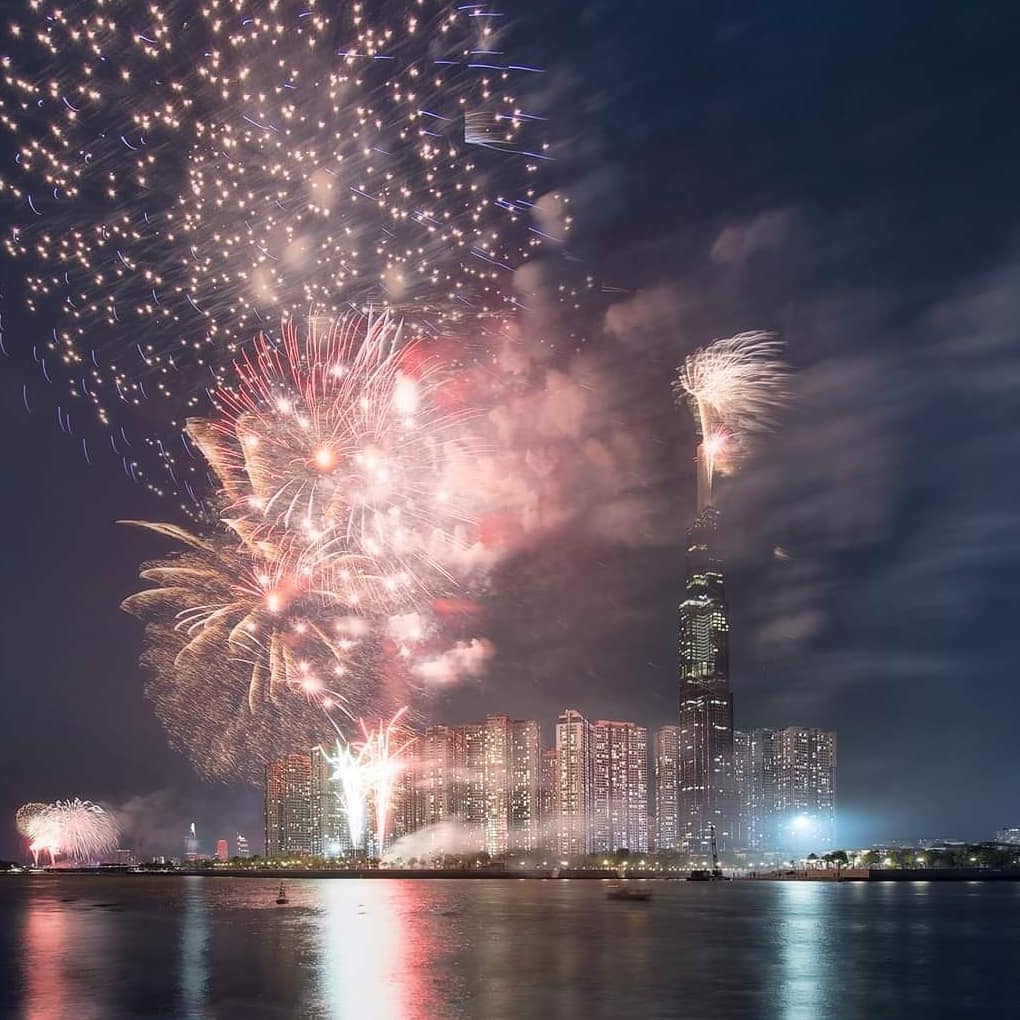 Watching fireworks during New Year’s Eve to usher in the new year has become a tradition in many parts of the world, and Vietnam is no exception. But besides the 1st of January, we also catch views of fireworks on the first day of the lunar year – which normally falls in late January or early February.

On this day, visit Hanoi’s iconic Hoàn Kiếm Lake, Saigon’s towering Landmark 81, or major landmarks in other big cities to mingle with locals in the festive atmosphere. From lovers hand in hand to parents carrying their children on their shoulders, all are clad in their best attire with a big smile on their faces while eagerly awaiting that magical moment when one year comes to an end and the next begins.

6. “Xông đất” – welcoming the first visitor of the year to bring good luck 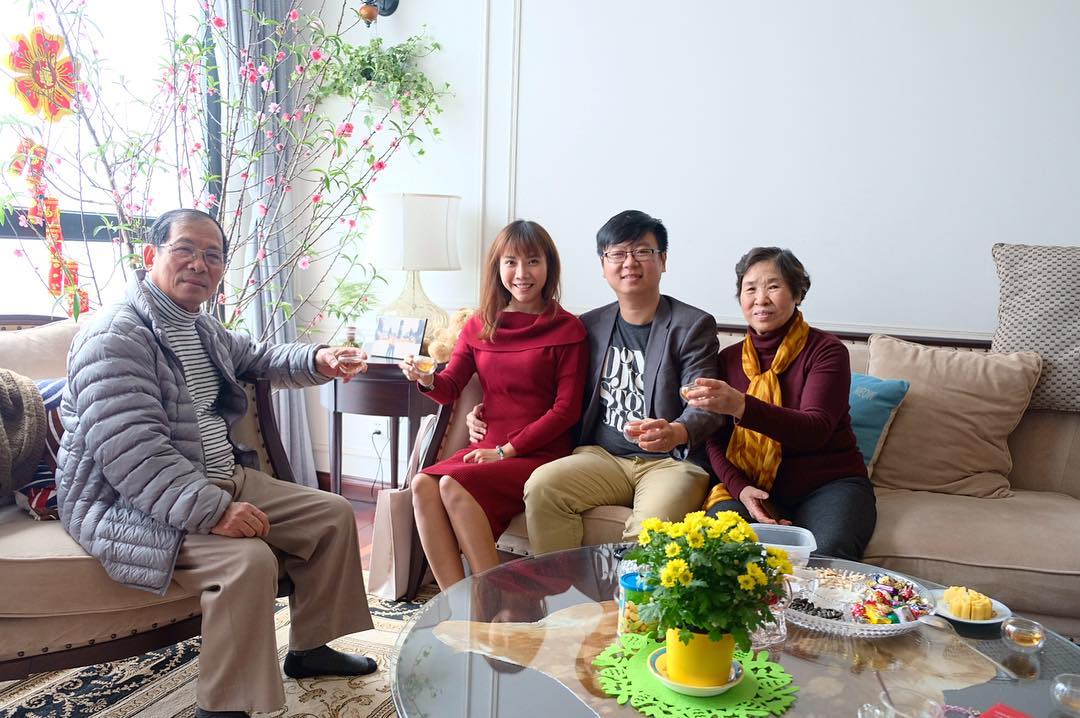 The term “xông đất” refers to when someone becomes the first person to enter a house – be it their own or someone else’s – in the new year. According to Vietnamese belief, this person’s fortune can affect that of the household for the entire year either positively or negatively.

As such, the homeowner will often choose a person, usually a friend or a relative, to “xông đất” for them for good luck. The chosen one could be someone with good health, success in life, or simply someone whose Eastern zodiac sign goes well with the homeowner’s and with the new year.

In any case, if you decide to drop by someone’s house early on the first day of the new year – immediately after watching the fireworks, perhaps – it’s best to wait until you’re invited before you cross their door’s threshold. 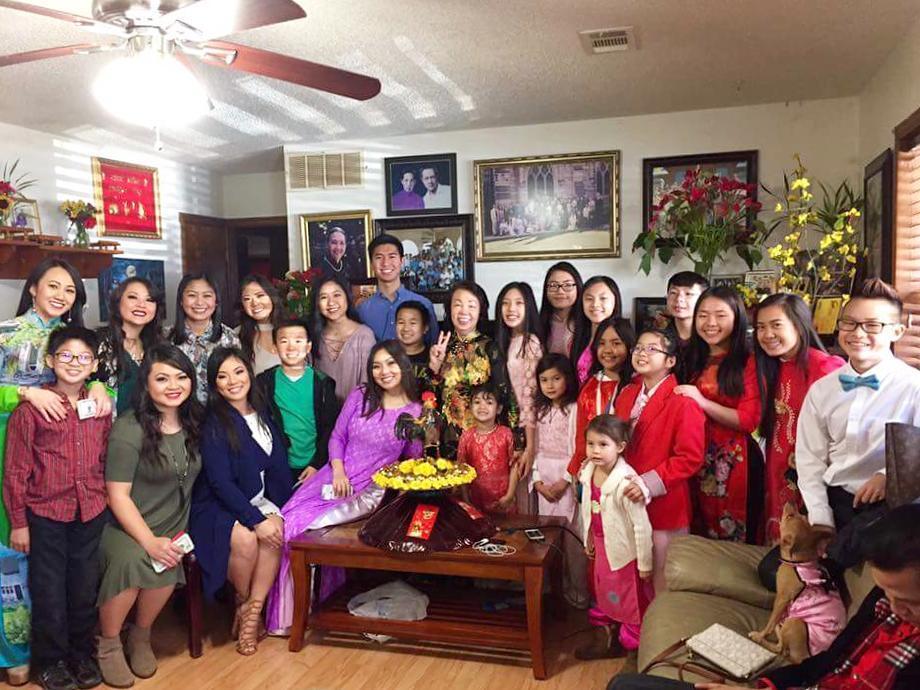 It is customary for people to visit their family and relatives during Tết
Image credit: @tinyactionhero

For the main celebration of Tết, which usually spans across the first 3 days of the new year, Vietnamese people go about visiting their family, relatives, friends, and neighbors to exchange gifts and wishes. This is the part that many kids look forward to, as they get to receive lucky money wrapped in red envelopes from the adults in an act called “mừng tuổi” or more casually, “lì xì” – which represents hope that they’ll grow up strong and talented. 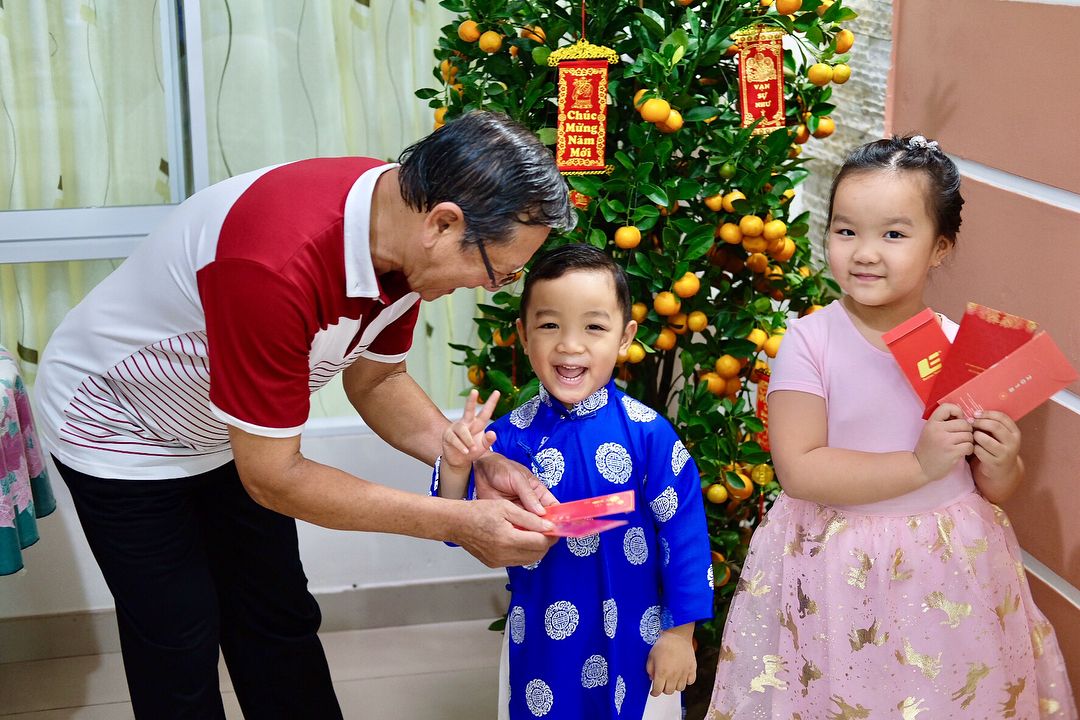 People who’ve just lost a family member, however, generally avoid visiting others so as to avoid bringing a gloomy aura into their homes during this joyous occasion. It is also taboo to sweep one’s house during these few days as some believe you could sweep your luck away.

8. Going to pagodas and temples to pray for good luck

Every year during Tết, pagodas and temples in major cities are packed full of locals visiting to light incense and pray. People believe that paying tribute to Buddha and other deities on this special occasion is another way to bring fortune to their own families.

Visit the Trấn Quốc Pagoda in Hanoi, the Vĩnh Nghiêm Pagoda in Saigon, or other major pagodas in Vietnam during this occasion if you want to partake in these spiritual activities. Offerings are optional – you can choose to bring fruits or cakes if you like.

9. Getting calligraphy pieces to display at home 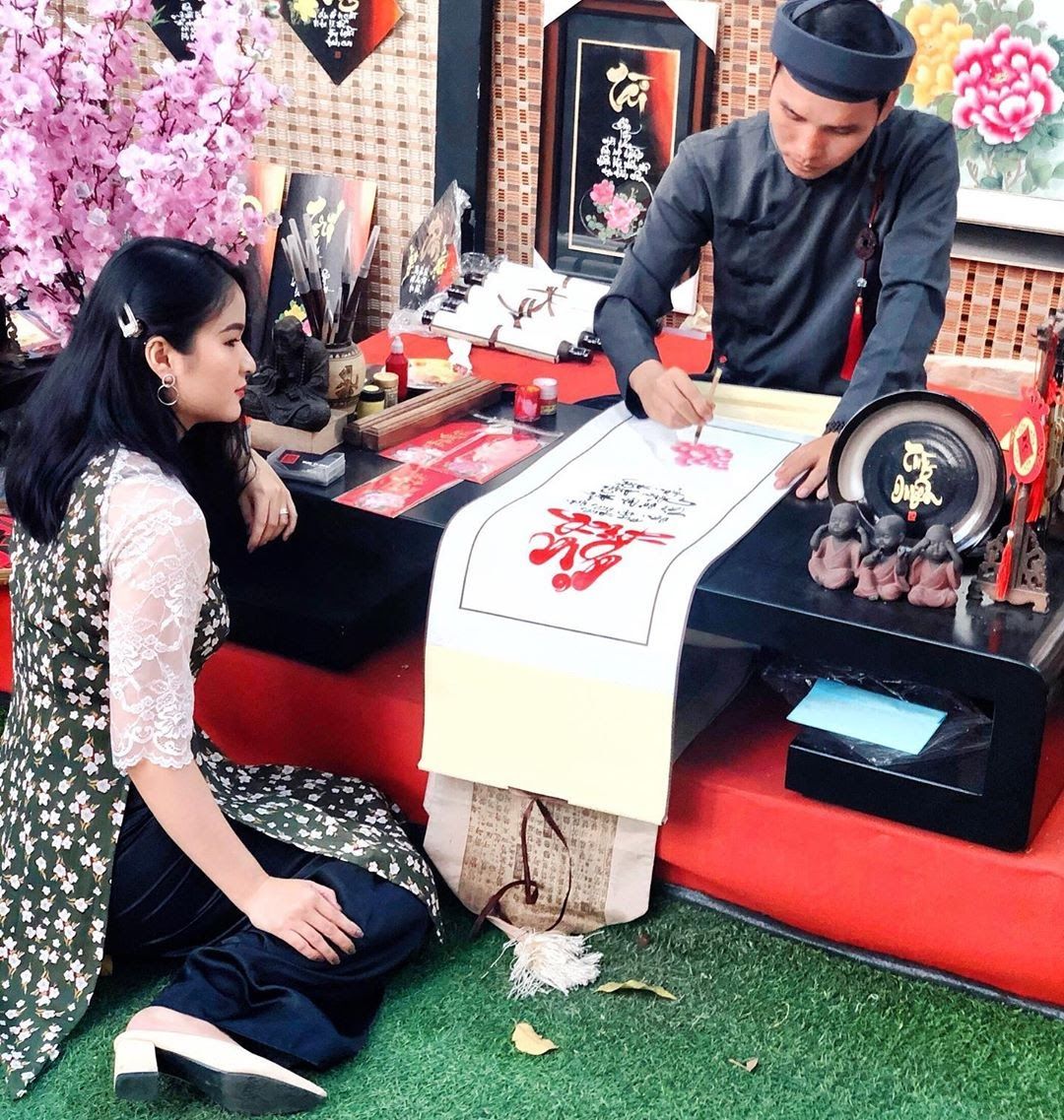 Another tradition that Vietnamese people still uphold to this day is visiting calligraphers, usually on the second or third day of the new year, to ask for a piece of their work to display in their houses.

The tradition stems from ancient times when those who could read and write well were considered well-educated and thus were respected. Calligraphic works, therefore, were regarded highly, which was why many people would bring offerings to scholars to ask for their writing. 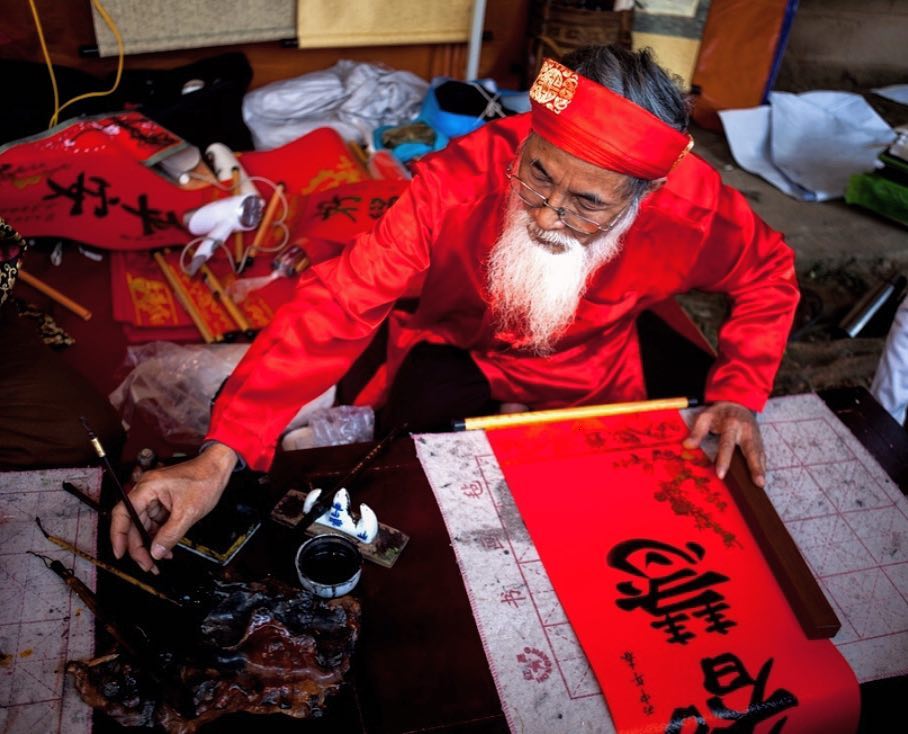 Nowadays, during Tết, you can find calligraphers offering their service at the historic Temple of Literature in Hanoi, which is considered Vietnam’s very first university at almost a millennia old. On the other hand, if you’re in Saigon, drop by the Cultural House of Youth on Phạm Ngọc Thạch Street to bring home a piece of calligraphy of your choosing.

Some of the popular words to ask calligraphers for are Tâm (心, or Heart), Tài (才, or Talent), Lộc (祿, or Fortune), or Thọ (壽, or Longevity), which can all be written in either Sino-Vietnamese or Vietnamese characters.

Tết traditions and customs in Vietnam

The modern way of life has no doubt changed many of our old customs, but no matter how much things change, Tết will always hold a special place in the hearts of Vietnamese people. It is a time for us to return to our roots, to honor our ancestors, and uphold traditions that date back thousands of years.

So, familiarize yourself with all these Tết traditions and join us in our celebrations!

For more insight into other special occasions in Vietnam, check out: 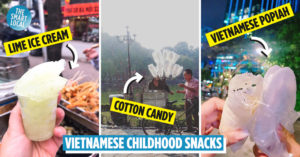 9 Vietnamese Childhood Snacks That’ll Give You An Intense Surge Of Nostalgia
Guide To Hoi An – Things To Do, Where To Stay, What To Eat 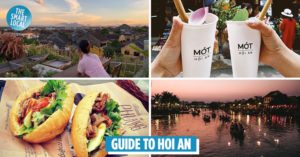