27th July 2020 must have been an unforgettable working day for Nguyen Minh Tuan and Le Ngoc Giau, a couple who both work as trash collectors in Hooc Mon Ward, Saigon.

During their stop at a trash pickup point in Hooc Mon Ward, Tuan and Giau noticed some unusual glittery items in a garbage bag they were about to load onto the truck. They turned out to be accidentally disposed of by their owner who lived in the area.

He brought the items to the nearest police station 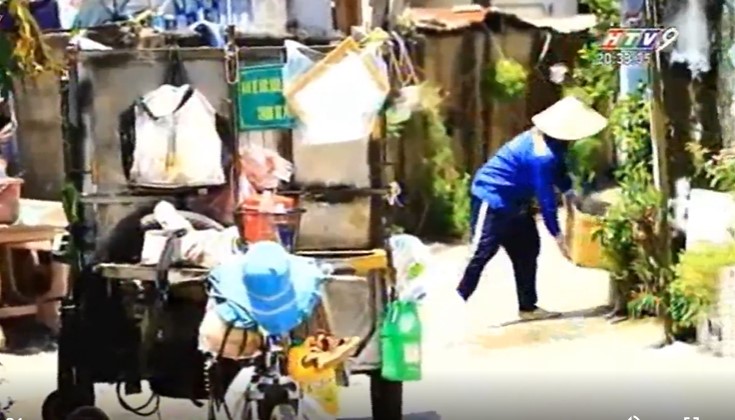 Tuan was randomly collecting trash when he spotted the items
Image credit:
HTV

In the garbage bag, Tuan spotted some gold bracelets and plenty of paper bills. Without much thought, Tuan placed them all in a bag in his truck temporarily and hurried to continue his work.

After his shift, Tuan and his wife headed to the nearest police station to file a report about the found items in the hope of finding their owner. 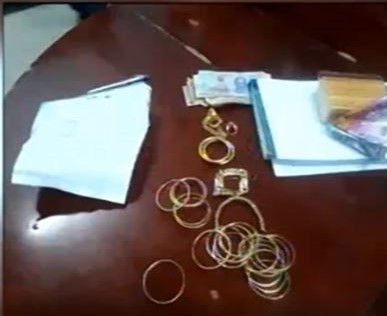 After taking them all out and doing some calculations, the police found that the items amounted to 6 ounces of gold and included cash worth nearly VND20,000,000 (~USD862.81). 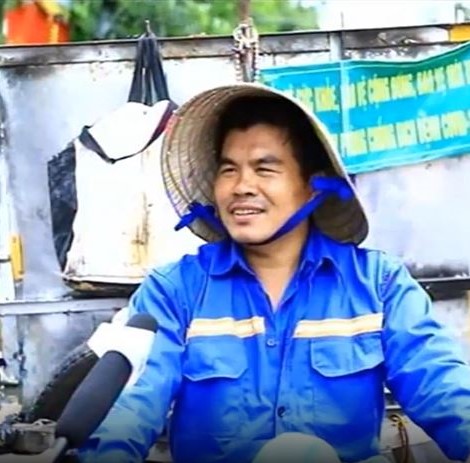 “Even though we found the items, we didn’t think they belonged to us. Those items were too valuable, so I’m sure the owner was also struggling to find them,” Tuan shared.

Tuan was right. When Ms Ngoc, the owner of the items was contacted by local authorities to come over to pick up her belongings, she was overjoyed.

Admitting that she put her gold and cash in a garbage bag by mistake, she also shared that these items were her hard-earned savings. 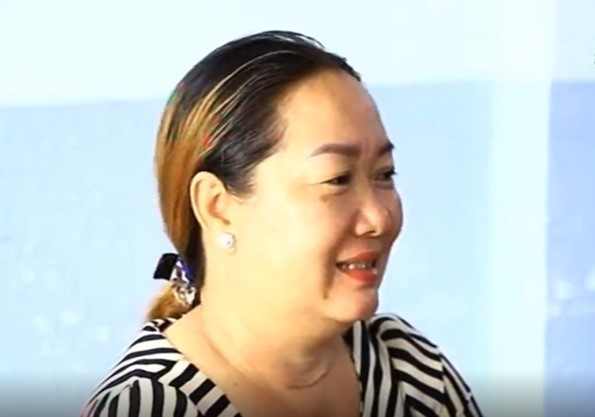 “To me, these items are worth over 20 years of working and saving. I’m deeply grateful to Tuan and Giau, who found and returned them to me.” Ms Ngoc said. 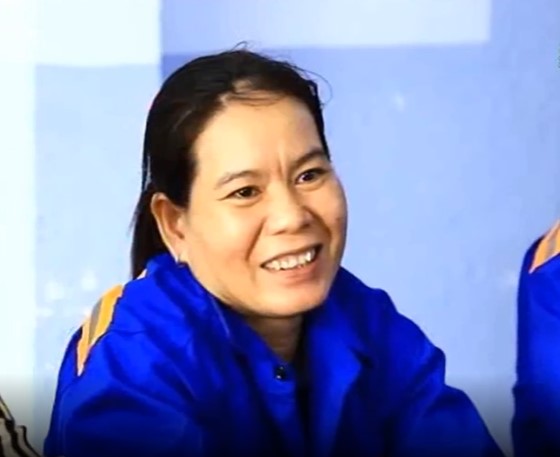 When asked about her feelings, Giau, Tuan’s wife, humbly said, “The owner was very happy when she received her lost items. That made me very happy too. That’s all.”

Tuan and Giau were praised by authorities for their exemplary act

Tuan and Giau’s remarkable honesty didn’t go unnoticed, as they were immediately praised and rewarded by local authorities. 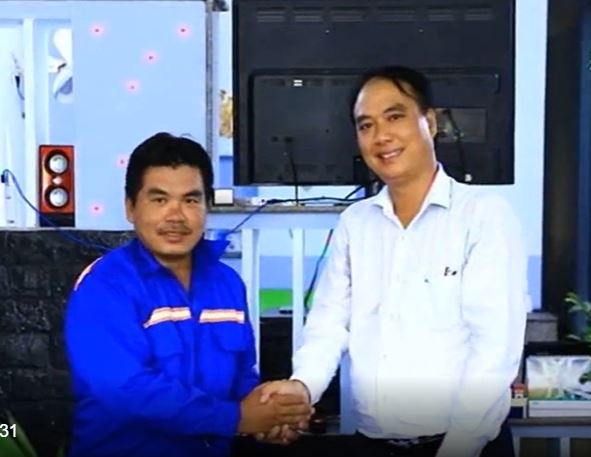 According to Mr Tran Van Trung, a municipal officer in Hooc Mon Ward, the couple came from an underprivileged background and are currently living in a rented house. VND20,000,000 (~USD862.81) would have been a huge amount to them. 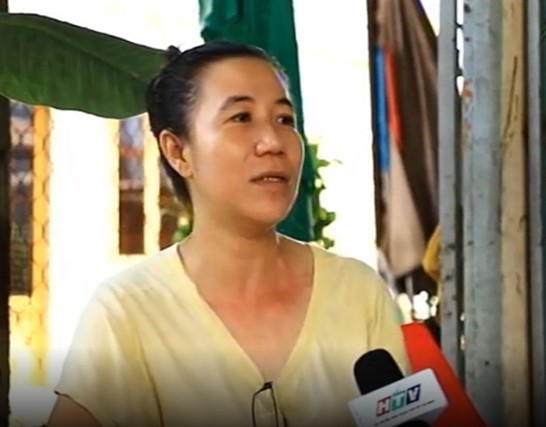 Ms Le Thi Anh Dung, Tuan and Giau’s neighbor, shared her admiration for the couple, “We’re living in very turbulent times. If I were the owner, I would be ecstatic if someone found and returned my items. The couple are also very nice to the people around them.”

Trash collection is a hazardous job 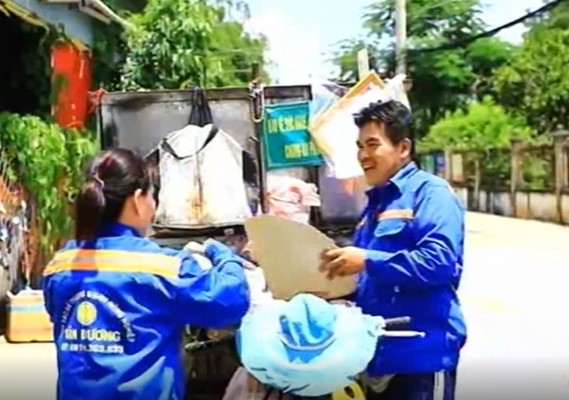 From Vietnam’s central streets to residential neighborhoods, garbage trucks are a common sight. However, the hazards and injuries that trash collectors encounter on the job are not known to many.

In their physically demanding line of work that requires handling hundreds of heavy sacks of trash per day, trash collectors need to be careful to avoid dangerous materials, and be extra careful with manual lifting to avoid severe muscle strains and injuries.

Besides, being exposed to contaminated substances in garbage such as carbon dioxide, nitrous oxide, and methane can cause respiratory diseases and other health effects. 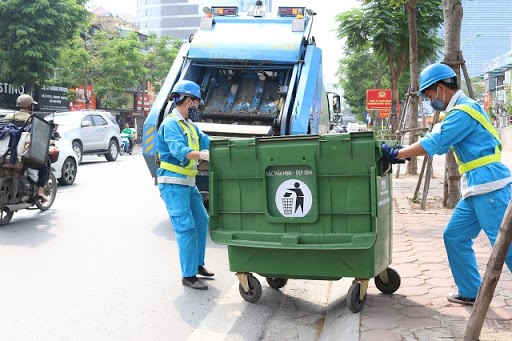 Because trash collection is not a glamorous job in the eyes of many, trash collectors usually don’t get a lot of credit. However, the amount of hard work and dedication these workers put in on a daily basis is no less than those working in white-collar jobs.

In order to keep our city clean, these workers have to be in constant motion, in the chilly rain or extreme heat.

The 2nd wave of COVID-19 has hit Vietnam, signalling upcoming financial difficulties for many people. Tuan and Giau could have kept the gold and cash for themselves to tide over this difficult time and nobody would ever find out. Instead, they chose to be selfless by taking out time to find the owner of the items.

Not only did the couple help a lady get through this challenging time by returning her savings, but they also set a great example of selflessness and integrity in a troubled time like this. 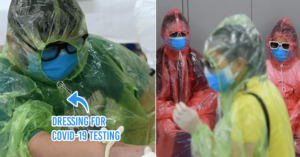 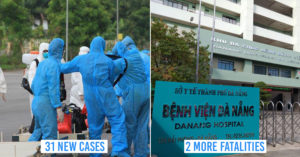