As the saying goes, “Greater love has no one than this: to lay down one’s life for his friends.” This can’t be truer when crisis strikes, and life-or-death decisions have to be made.

For 23-year-old Nguyễn Văn Nhã from Nghệ An, he didn’t have enough time to weigh the pros and cons of his actions. When Nhã saw 3 of his friends drowning, he plunged into the water without hesitating, swimming towards them in a heroic rescue attempt.

After pushing the 3rd person to shore, the brave man lost strength in his limbs and unfortunately lost his life. Here’s how his story inspired a nation, and how our President named him a martyr to honor his legacy.

Nhã and his friends were on a holiday trip On 30th April, Nhã and his friends went on a beach picnic to celebrate the long weekend and the end of his last university semester. However, the student who was soon graduating had no idea that this would be his last holiday.

When everyone was having fun, a series of big waves swept 3 of his female friends into the ocean. Unfortunately, these girls could not swim. When Nhã saw his friends in grave trouble, he swam towards them in the roaring waters.

After towing the last person to the shore, Nhã began to lose strength in his limbs. That’s when a huge wave overtook him and carried him away.

30 minutes later, the Thuận An Beach rescue force discovered and retrieved his body.

On 2nd May, a Catholic funeral attended by his loved ones was conducted to remember their beloved son, friend, and cherished family member.

He came from an underprivileged family Nhã was the 6th child in a family of 8 children. His 62-year-old father had a stroke and still has walking difficulties, while one of his siblings had passed away due to a drowning incident a few years ago. To honor Nhã’s heroic deed, Vietnamese President Nguyễn Xuân Phúc has named him a martyr, an honor given to Vietnamese warriors who die for greater causes.

On the evening of 4th May 2021, the Hue University of Sciences will also hold a memorial service in remembrance of his sacrifice.

Student honored for sacrificing his life to save his friends

Some of us sacrifice our leisure time to work towards a brighter future, while some forgo career opportunities for more time with our families. Making sacrifices for personal gain is already difficult, but laying down our life for others probably tops the list in selfless acts.

The fact that Nhã prioritized his friends’ lives instead of his own during a crisis speaks volumes about his character and courage.

Because of his sacrifice, 3 people were given a chance to live. Even though Nhã is gone, his bravery will never be forgotten. May he rest in peace, and his family find solace in the indelible contribution he has left for our society. 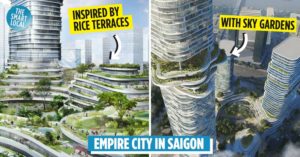 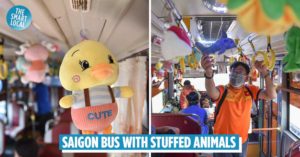