One of two famous metropolises in Vietnam, Saigon is known for its impressive skyscrapers. Think Bitexco Tower, which comes equipped with a helipad, or the Landmark 81, currently the tallest building in Vietnam.

The sprawling estate will pay homage to our iconic rice paddy fields and terraces, right in the heart of our metropolis. We’ll take you through what we know so far about the project. Nestled on the Thủ Thiêm Peninsula next to the Saigon River, Empire City has a convenient location only 5KM from the airport and 1KM from District 1 – the city’s entertainment hub. 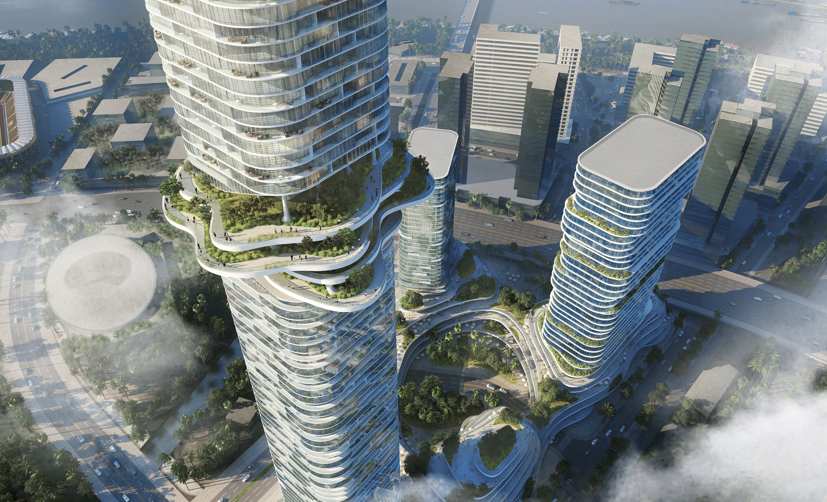 At its heart lies Empire 88, a skyscraper of 88 floors that stands 333 meters in height. Near the top of the tower, a Sky Garden will be located. Reportedly accessible for both Empire City’s residents and the public, the garden is a multi-layered structure that’ll house a wide variety of plants. 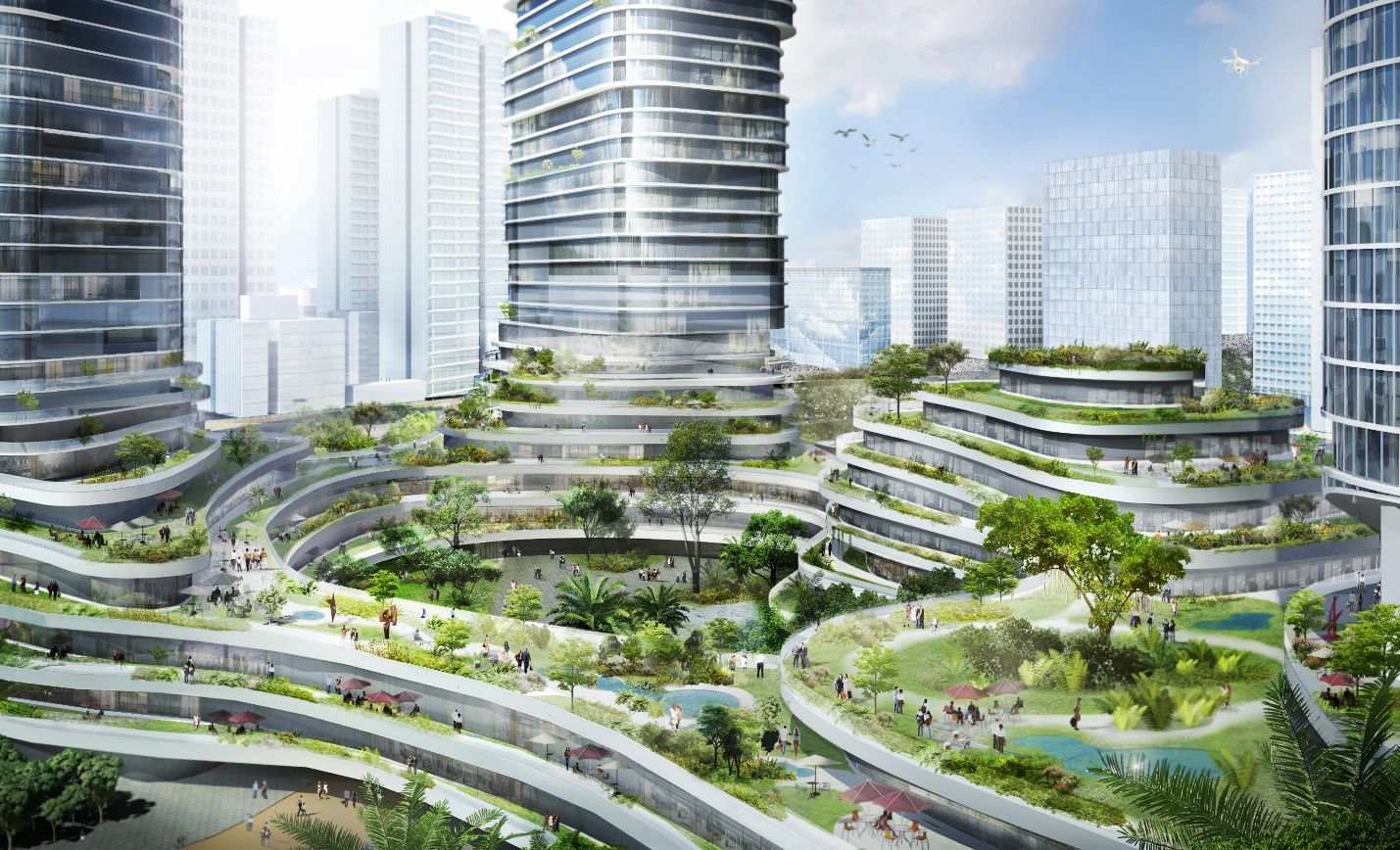 The tower and its surrounding buildings will be set on a podium built to resemble Vietnam’s charming rice terraces. Spanning several floors, it’ll comprise long corridors connecting the buildings. Trees and plants line the paths, and by the look of some digitally-generated photos, there’ll be spots for visitors to sit at. 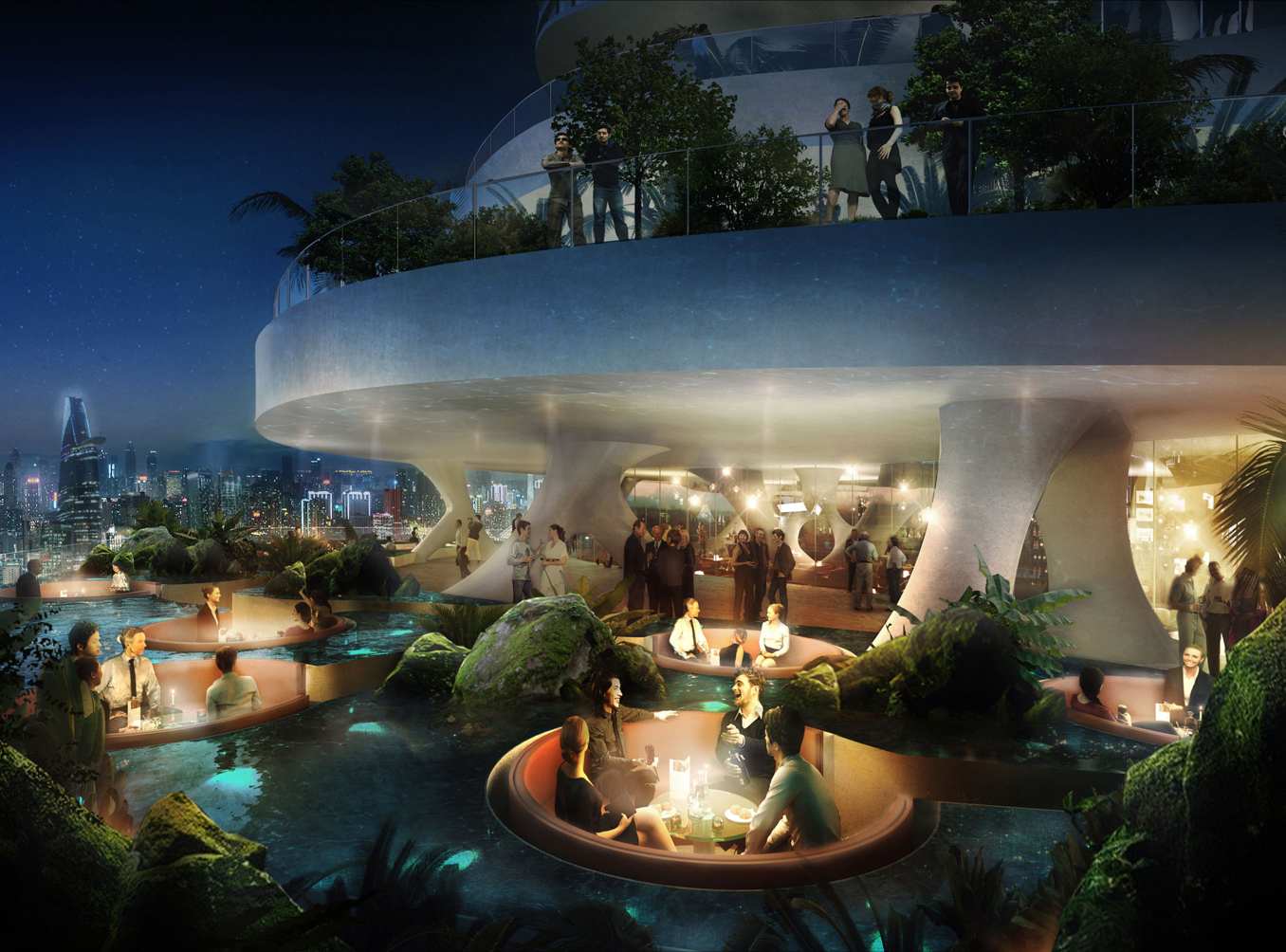 It appears there will be a rooftop bar
Image credit: Empire City

Intended to be a complex of residential apartments, shopping malls, and offices for lease, Empire City will boast a plethora of amenities to cater to the needs of its residents and visitors. 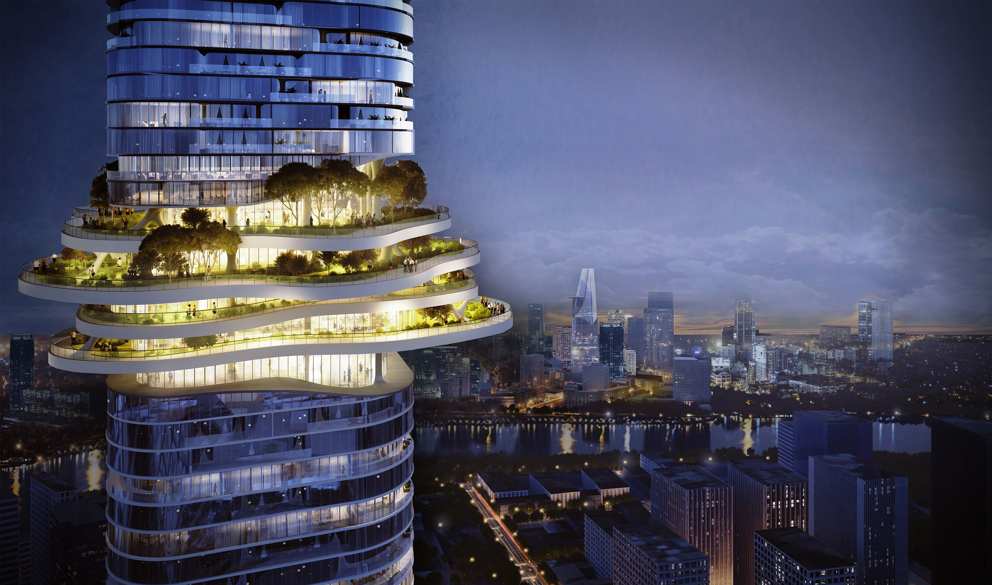 So far, some of the highlights touted are a 50M-long warm saltwater swimming pool, tennis courts, a 150M-long elevated running track. Of course, the complex’s riverside location and impressive heights mean a clear vista of the Saigon River and the city’s landscapes is to be expected.

Empire City could be Saigon’s crowning landmark upon completion

If Empire City manages to deliver on everything it’s promised, it certainly has the potential to stand next to the likes of Bitexco and Landmark 81 as another symbol of Saigon, and of Vietnam as a whole.

We also appreciate the architect’s reinvention of traditional rice terraces in our suburbs and countryside, back into our city’s skyline.

Currently, construction is still ongoing, and there is no expected completion date yet. We’ll be sure to keep you updated as soon as there is new information, so stay tuned. Doctor Gets COVID-19 At Karaoke Bar, Saigon Quarantines Tourists With Fever Of 37.5°C & Above
23-Year-Old Student Sacrifices Self To Save 3 Friends, Named A Martyr By Vietnam's President