Placing stuffed animals at one’s workspace isn’t anything new. After all, these cute little ornaments can do wonders in relieving stress or brightening a dreary Work-From-Home day.

But when you’re a bus operator, the idea of “decorating your workplace with stuffed animals” is an entirely different story. Not only are you doing yourself a service, but you’re also spreading positivity to passengers who board your vehicle.

And that’s exactly what these two men in Saigon, a bus driver and a ticket checker, have done in this heartwarming initiative.

The stuffed animals are prizes won from claw machines 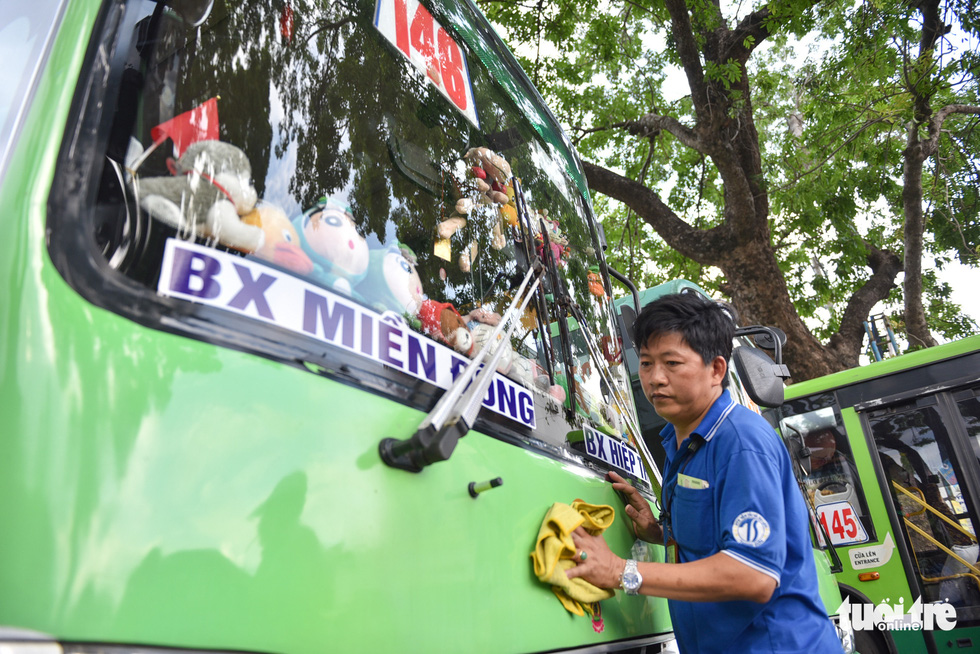 For regular commuters who frequent the bus route between the Eastern Bus Station and the Hiệp Thành Market in Saigon, the image of Bus Number 146 full of hanging stuffed animals has become a common sight. The bus’s unique decoration is the work of driver Phạm Ngọc Tuyền and ticket checker Phạm Văn Sang. 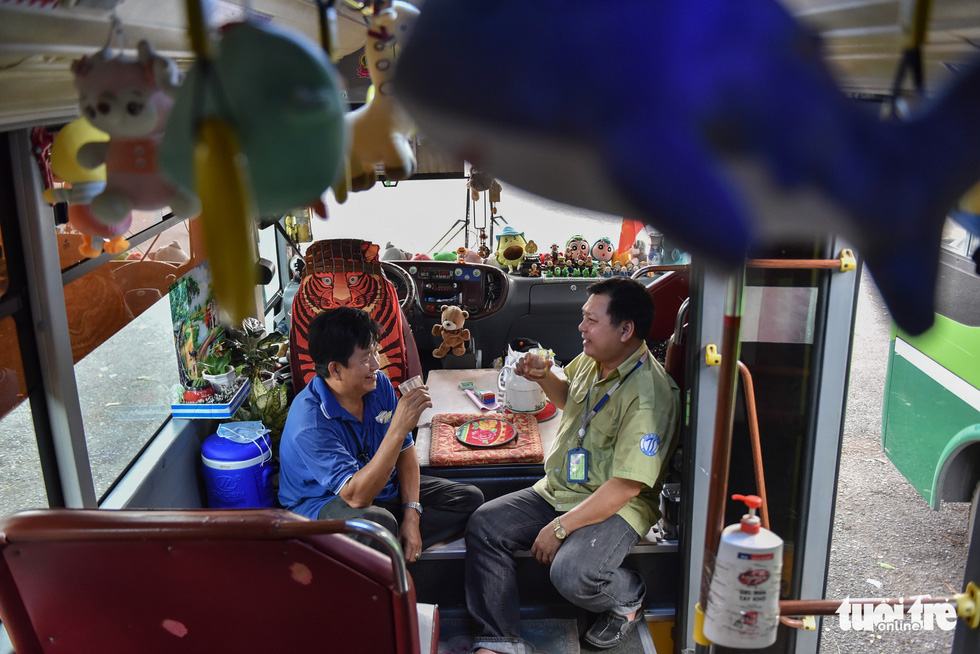 Speaking to Tuổi Trẻ, Mr. Tuyền said, “I spend over 10 hours on the bus every day and consider it my second home, so I want to make it more cheerful. Passengers love it too.” 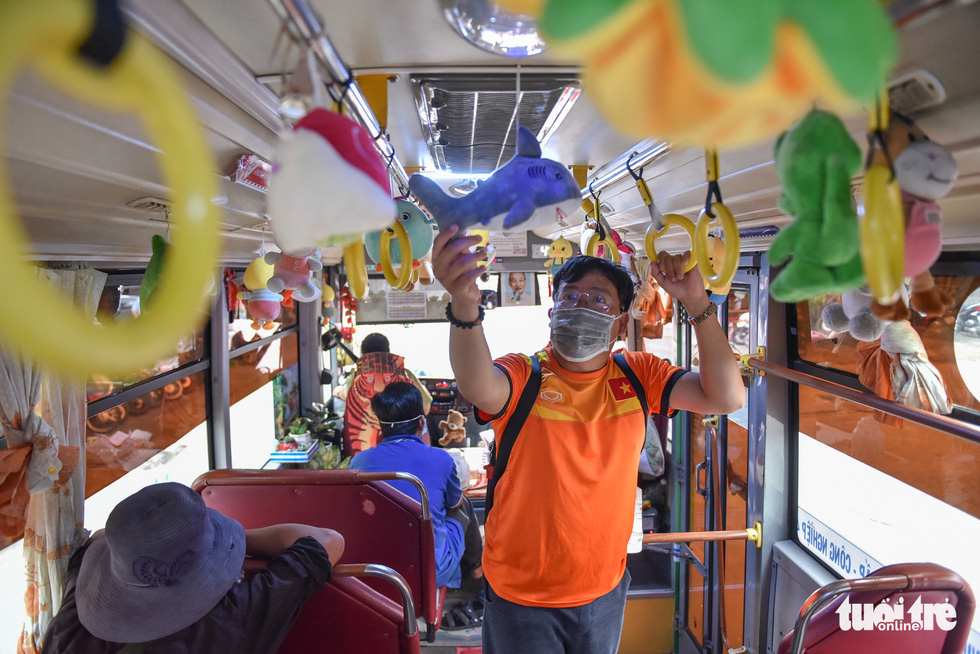 Passengers are entertained by the cuteness
Image credit: Tuổi Trẻ

Meanwhile, Mr. Sang shared that he was a fan of claw machines and played regularly between his shifts. He decided to place the prizes he won on the bus to entertain both himself and others.

Passengers can win the toys via a lottery game 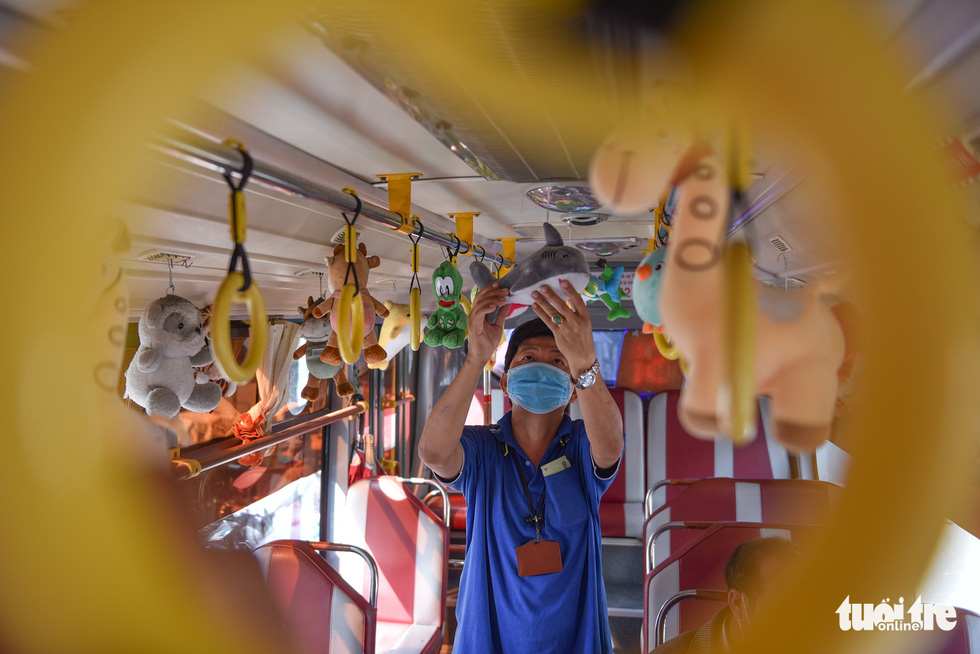 According to Tuổi Trẻ, the bus’ operators sometimes host lottery games to give away the stuffed animals for free. They pick a random number, and the passenger with a matching ticket number gets to bring home one of the toys. 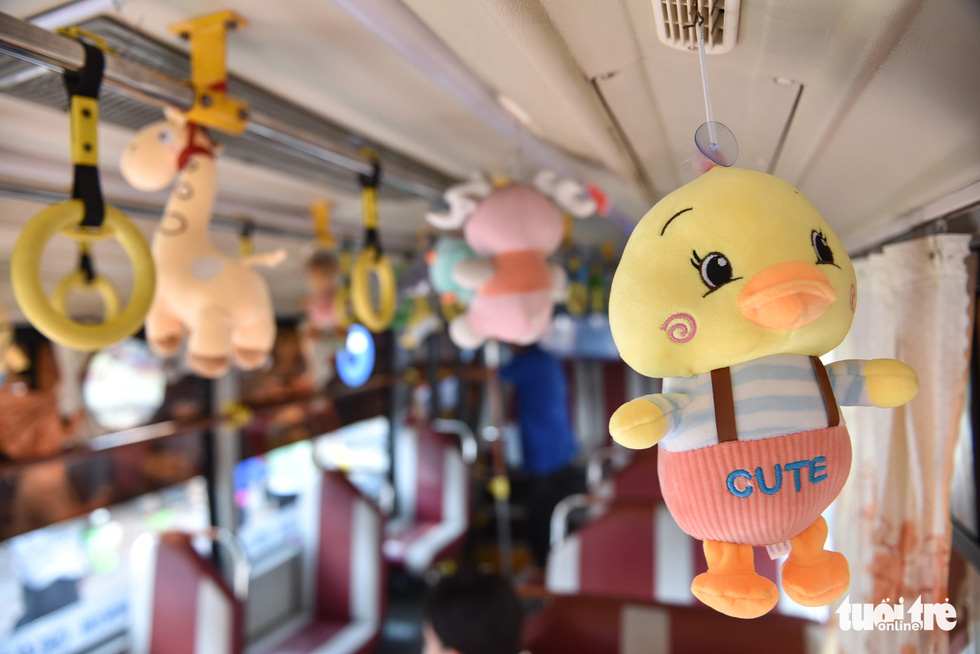 Making public transport in Vietnam great again, one stuffed animal at a time

For years, authorities in major Vietnamese cities have encouraged citizens to switch to buses and other forms of public transport to reduce traffic jams. Still, many commuters refuse to make the transition, citing various reasons such as big crowds during rush hours and inconsistent departure times.

For this particular bus route, though, we’re sure that people would be more open to the idea, given how much work both men have put into making their “office” livelier. 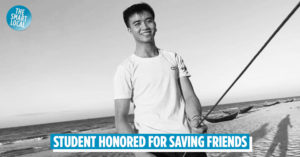 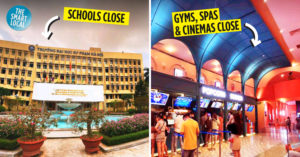