Mạc Cửu’s Mausoleum: The resting place of a pioneering ruler in the Mekong Delta

Kiên Giang is a province in the southwestern Mekong Delta usually associated with Phú Quốc, the largest offshore island of Vietnam. However, Kiên Giang is also famous for the land of Mạc Cửu, the first pioneer ruler of this land who eventually added his land to the country of Vietnam.

Therefore, when coming to Kiên Giang, you should check out Mạc Cửu’s Mausoleum to explore another part of the Mekong Delta’s history. The main gate of the Mausoleum
Image credit: Liftold/Wikimedia

If you are interested in Vietnamese history, especially that of southern Vietnam, you can find lots of information about Mạc Cửu, the pioneering ruler of the west coast of the Mekong Delta, here. Mạc Cửu’s Mausoleum is actually the burial and worshipping place for all deceased members of the Mạc family. That’s why sometimes it’s called the Mạc Mausoleum.

Mạc Cửu, also known as Mạc Kính Cửu, or 鄚敬玖 in Chinese, was from Guangdong, China. In the 1680s, intolerant of the new Qing dynasty, he fled his country to Phnom Penh, Cambodia today.

Having realized that the land of Hà Tiên, Kiên Giang today was financially promising, he moved here, and gathered people of different ethnicities to form his own district. After 1700, he became more affiliated with the Nguyễn Lord and finally offered his land to the lord in 1724, adding the southernmost part to the modern map of Vietnam. Plus, it was him who gave the name Phú Quốc to the famous island and made it part of Vietnam.

It was built by Mạc Cửu’s son 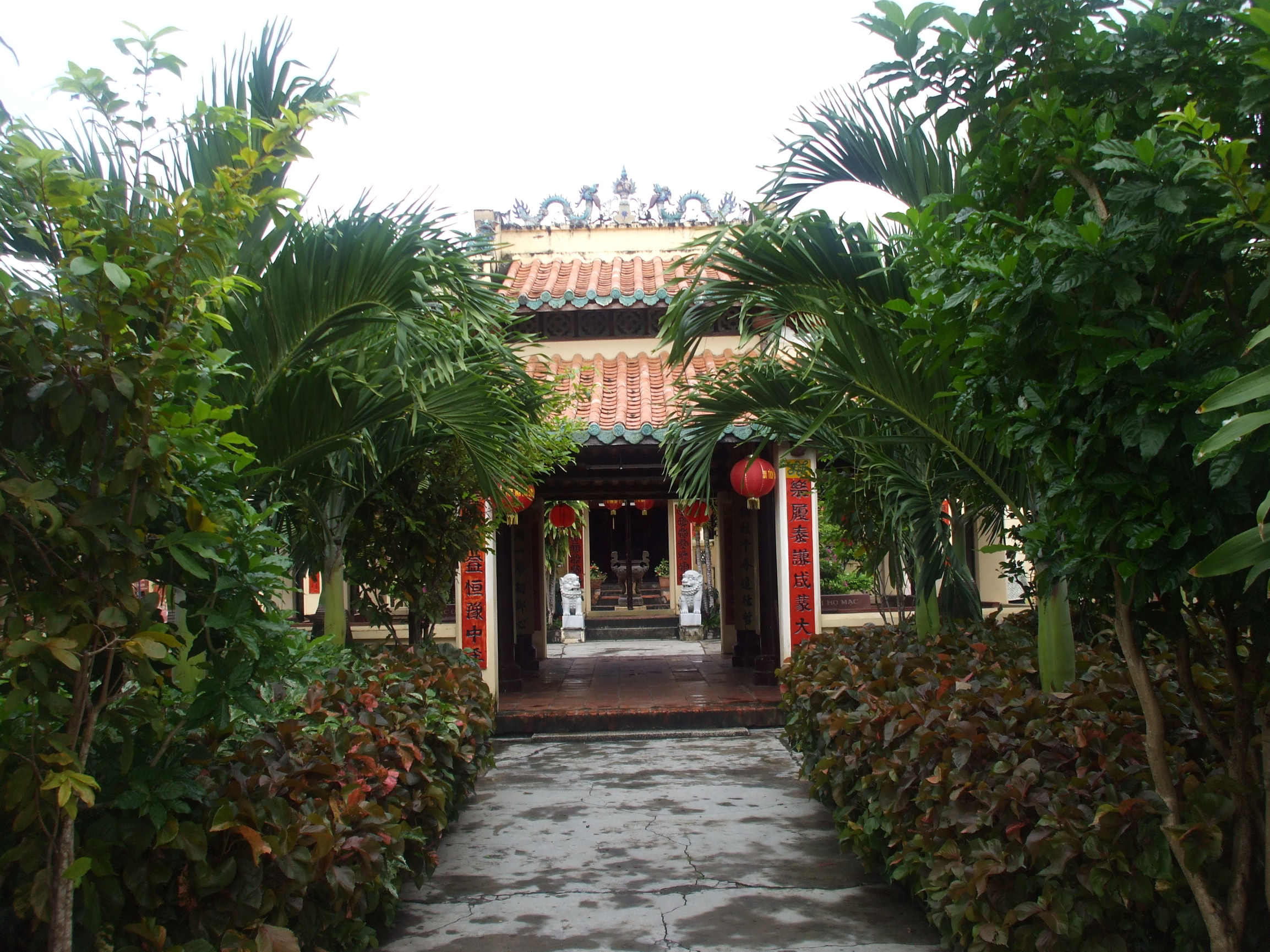 Mạc Cửu passed away in 1735 and was succeeded by his son Mạc Thiên Tích, or 鄚天錫 in Chinese. It was Mạc Thiên Tích who designed this worshipping complex. Furthermore, he also had two big ponds excavated in front of the mausoleum to help the locals store freshwater. The whole complex was completed in 1739.

Having been renovated several times, the mausoleum today comprises two main parts: a temple and a graveyard.

The temple is highly typical of a Chinese temple. On the front, you will see a Chinese-styled gate with a signboard reading 莫公廟, meaning The Temple of Duke Mạc, and a couplet praising his achievements. Going through the gate, you will see a path leading to the main palace, where Mạc Cửu, Mạc Thiên Tích, and their successor, Mạc Tử Sanh, or 鄚子泩 in Chinese, are worshipped. 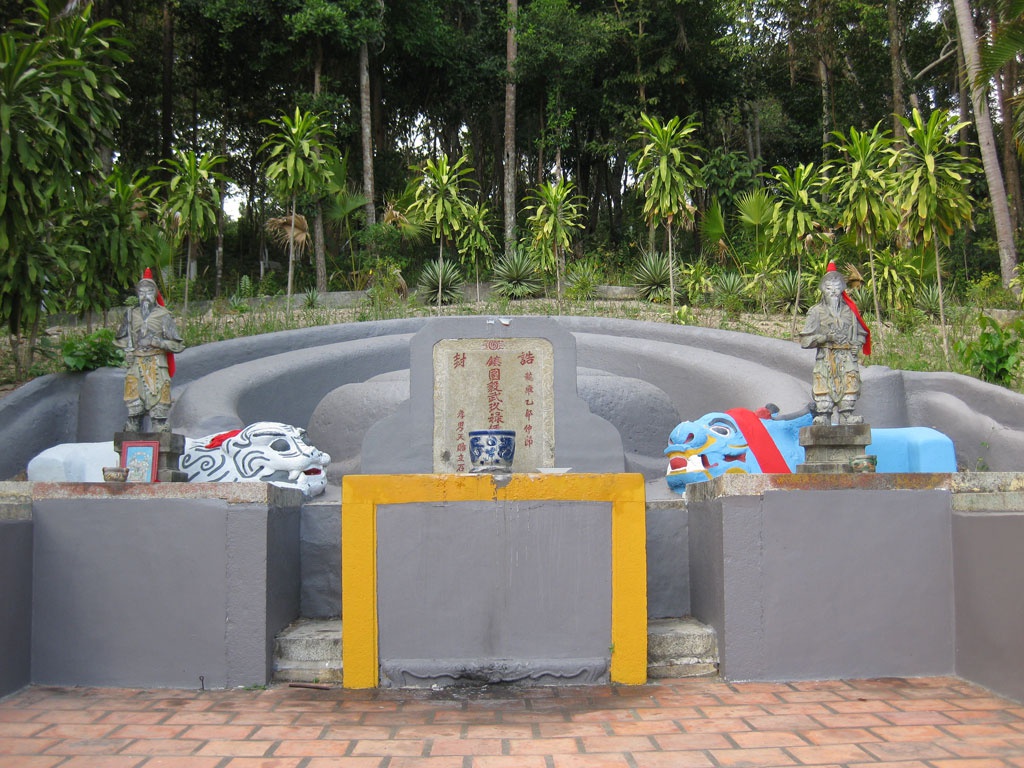 Mạc Cửu’s tomb is guarded by two stone tigers and two general figurines. The figurines are replicates as the original ones have been looted.
Image credit: Thanh Niên

On the left of the temple, you will see a way leading to the graveyard of the Mạc family, which is in a green space on Bình San Mountain. The graveyard consists of about 60 tombs divided into 4 sections according to their roles in the family.

Mạc Cửu’s tomb is of course the biggest one, and was carved into the mountain to have a crescent shape. This is a very common design of ancient Chinese nobles’ tombs. 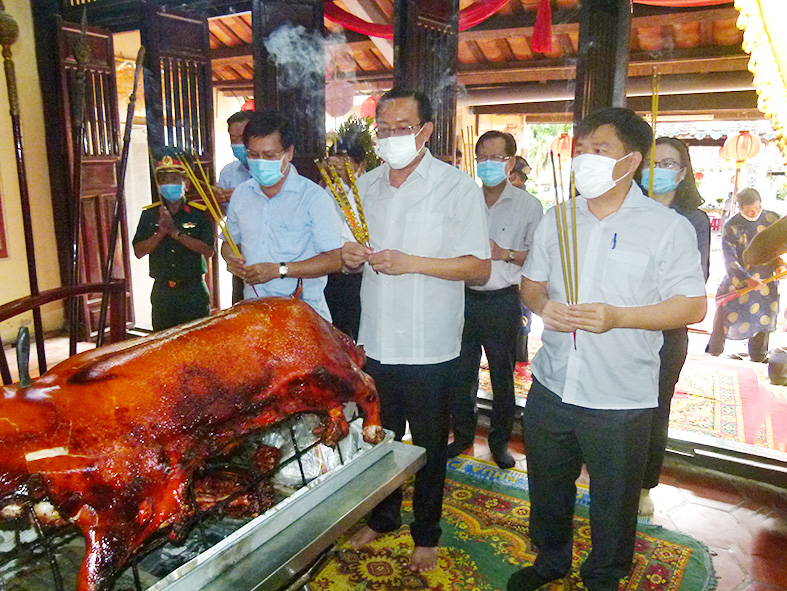 A special occasion on which you can plan to visit this mausoleum is Mạc Cửu’s annual death anniversary on the 25th and 26th of the fifth lunar month every year, when locals celebrate Mạc Cửu’s achievements. The anniversary includes the ceremony and the festival. For the ceremony at Mạc Cửu Mausoleum, you will find it interesting to see many unique rituals performed by local elderly people.

The rituals will help you understand more about customs among the Chinese-Vietnamese communities as well as the ceremonies from 17th-century Vietnam. Interestingly, the locals will do a parade from the mausoleum to the Mạc Cửu Monument downtown Hà Tiên, Kiên Giang.

After the ceremony, the festivals will begin with lots of art performances and traditional games that can last up to a week.

Here, you can discover the very last chapter in making Vietnamese territory into what it looks like today, and learn about the life and contributions of the Chinese-Vietnamese community in the southernmost region of Vietnam. Bear Sanctuary Ninh Binh: See Black Bears & Hear Their Rescuing Stories With Just 2 Hours From Hanoi
Every Half Bình An: Transparent Cafe With A Great View To Saigon River And Landmark...