Apart from waterways and orchards, the Mekong Delta is also famous for being the homeland of the once glorious Kingdom of Funan, an Indianized kingdom that lasted from the 1st to the 7th century.

Although the remains of this kingdom are now limited and scattered, the Óc Eo Relic Sites in An Giang are an ideal place for you to explore the history of this ancient country.

It used to be the capital of the Funan Kingdom 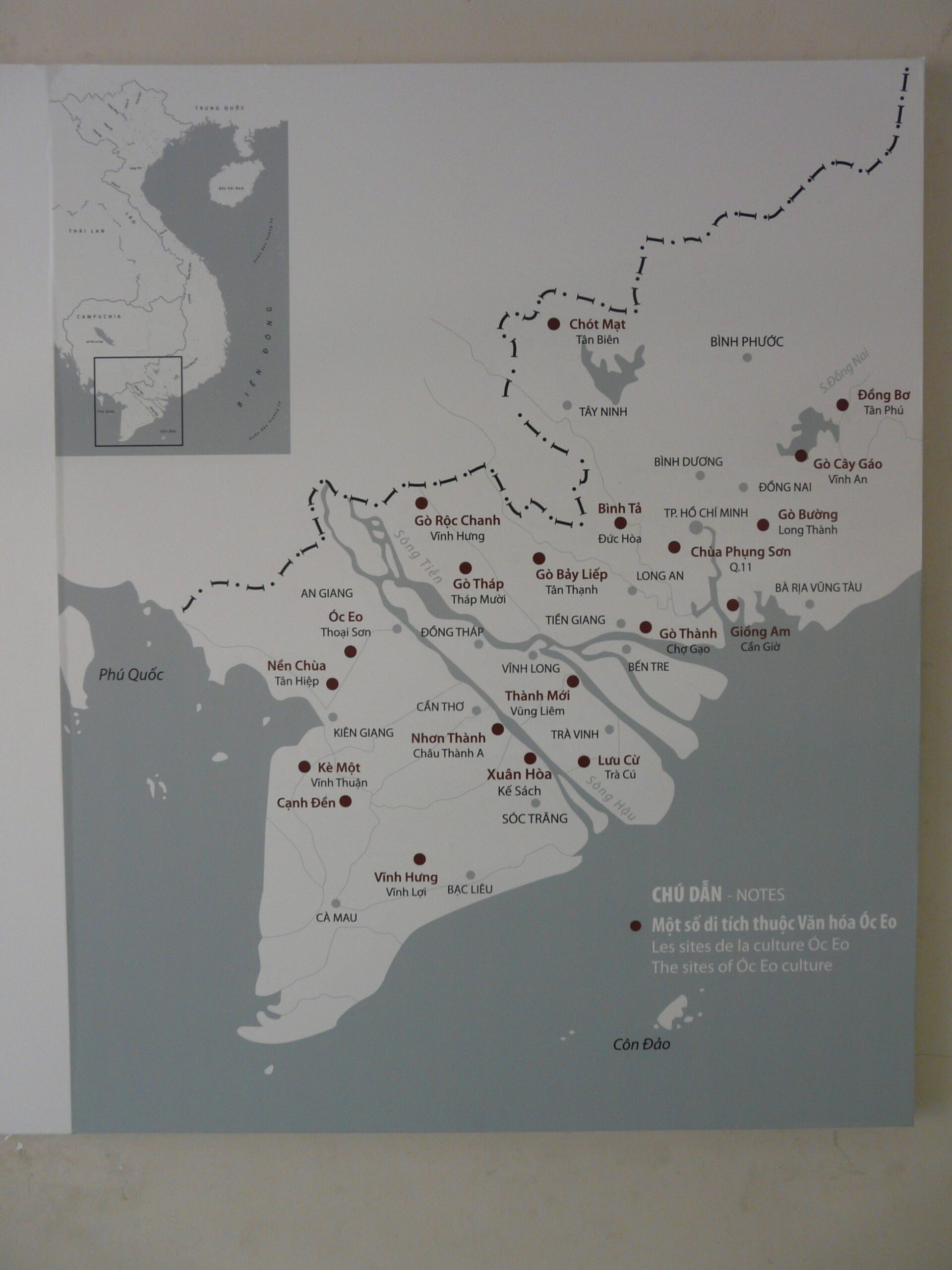 The locations of Funanese relics in southern Vietnam. This map is currently available at The History Museum of Hồ Chí Minh City.
Image credit: DoctorMak/Wikimedia Commons

Óc Eo, or អូរកែវ in Khmer, was originally a rural district to the south of An Giang Province. This is the place where you can find lots of relics related to the Funan, an important kingdom in the ancient history of Southeast Asia.

In fact, some archaeologists and historians claim that this place, known at that time as Kottinagar, used to be the capital city of this kingdom from the 2nd century to its collapse. However, it is noteworthy that this claim has not been convincingly justified due to the lack of historical evidence. What can be sure of is that Óc Eo used to be a highly important city in this kingdom. 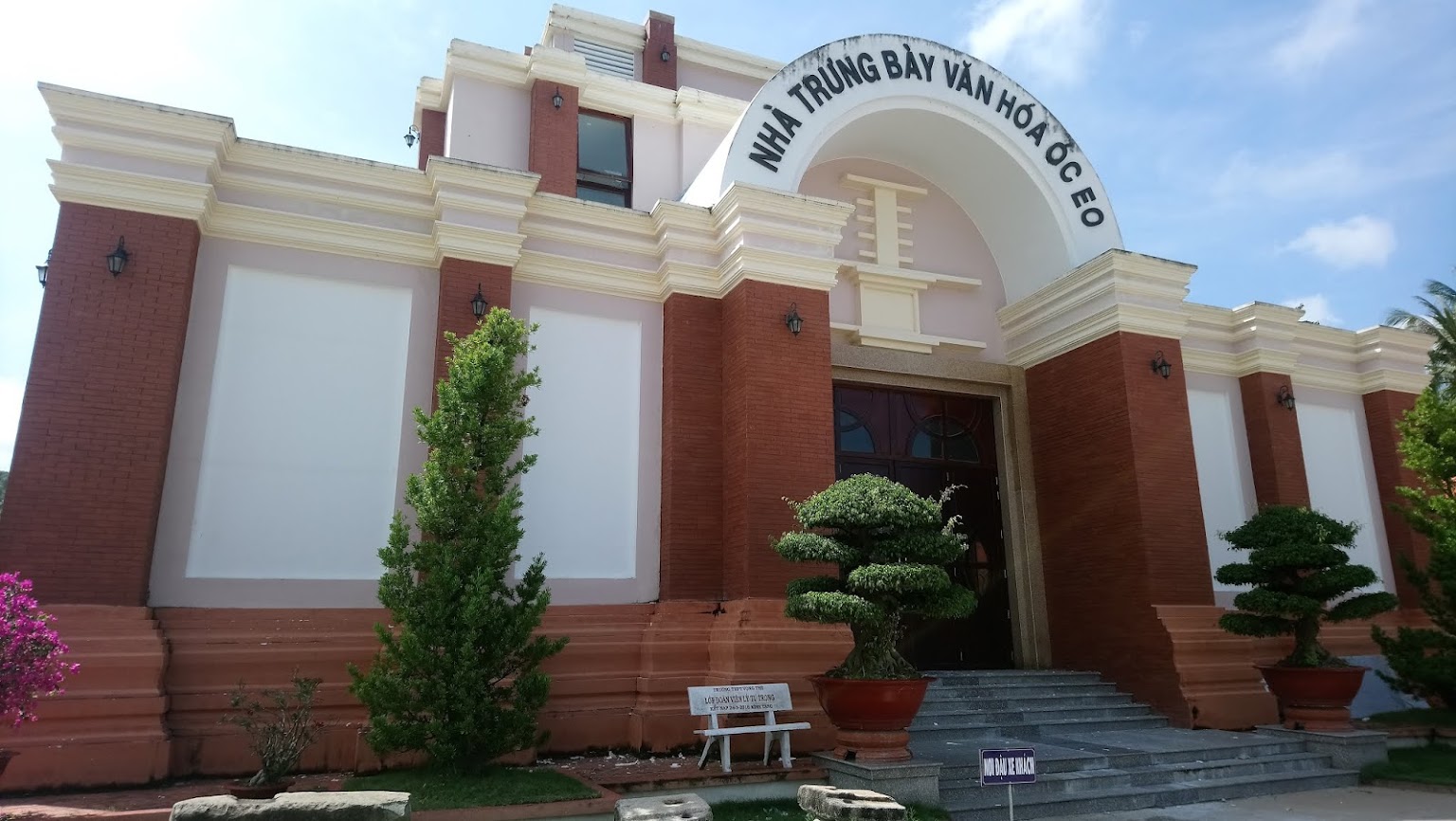 Most of the relics are kept in the Óc Eo Culture Gallery
Image credit: Nguyen Anh Thi

If you could pick one spot to learn all about the Funan Kingdom that spanned the Mekong Delta and even the northwest of Saigon, we’d recommend Óc Eo.

This is because it boasts the largest number of relics varying from small platforms to an almost unscathed tower. It was also recognized by the Vietnamese government in 2012 for its historical value to the Mekong Delta region.

The relic sites are located across a large area 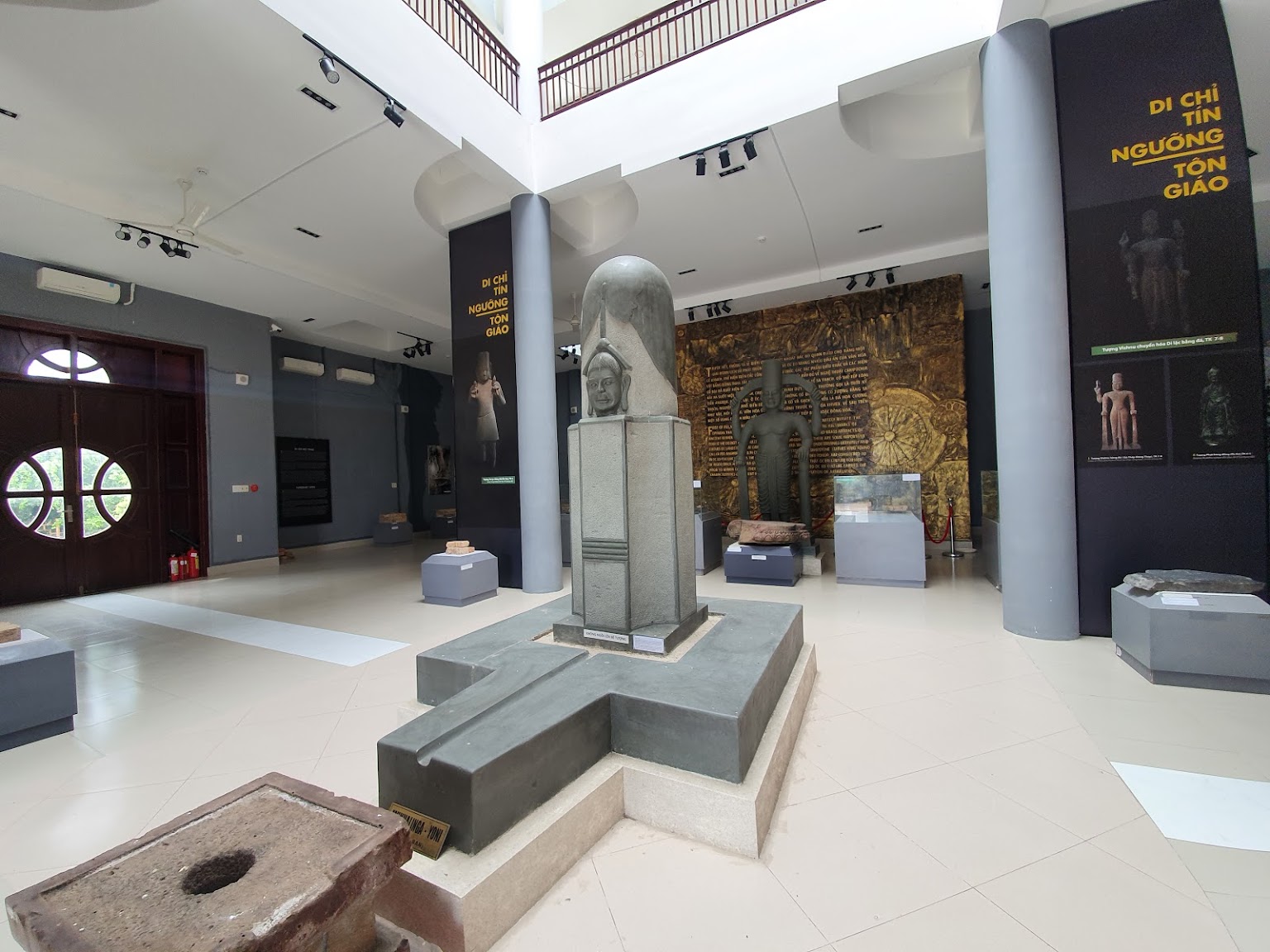 Today, the site of the ancient citadels and towers in Óc Eo is separated into two areas. Area 1 covers an area of 143.9 hectares of earth mounds around Mount Ba Thê. Area 2 stretches across an area of 289.3 hectares of paddy fields.

Visiting each site will help you know the life of the Funan people better, especially their architecture and religion. 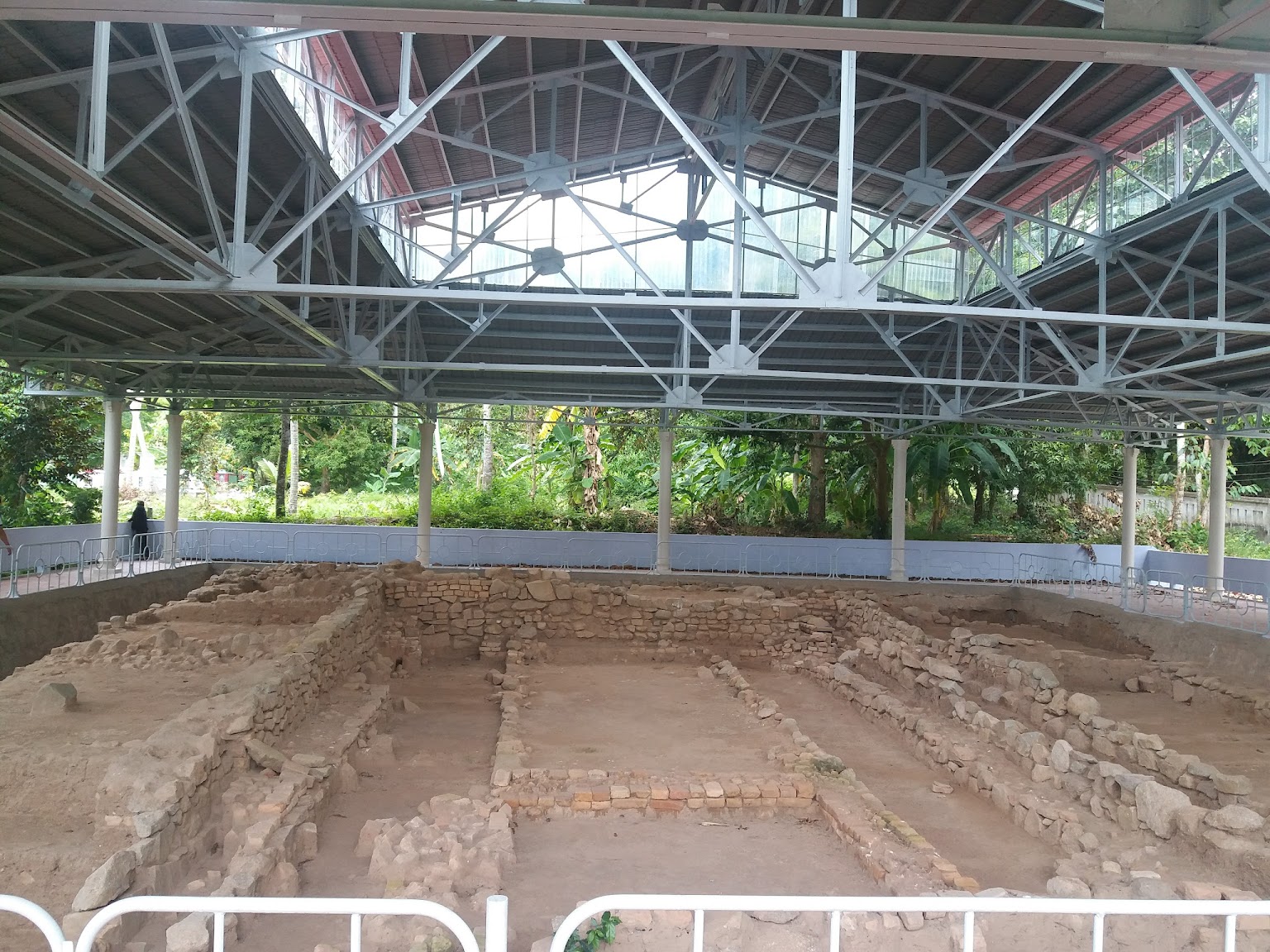 The excavation site at Linh Sơn Pagoda. You can also find a stone plank written in Funanese ancient script at this pagoda.
Image credit: Chau Trinh

In Area 1, you may visit the Óc Eo Culture Gallery. This gallery conserves and exhibits many relics excavated in the area. Most of them are bricks, patterns, and pieces from buildings, and deity statues. Though they are not incomplete after thousands of years, you can still appreciate how developed this community was when it comes to handicrafts and architecture. You can contact the gallery first to book a curator tour.

Also in Area 1 is Linh Sơn Pagoda, an ancient Buddhist institution built on the foundation of an ancient Funanese building. In this pagoda, you will find a four-hand Buddha statue, which was in fact a covered Vishnu statue excavated from the nearby field.

At Gò Cây Thị Relic Site, the platform has many cubes placed alternatingly, creating the shape of a Chaturanga chessboard. This type of architecture can be found in Indianised religious buildings.
Image credit: Hữu Đức

Meanwhile, Area 2 of the Óc Eo Relic Sites is marked by many excavation sites such as Gò Giồng Cát and Gò Sáu Thuận. However, the most noticeable is Gò Cây Thị Excavation Site, where archaeologists have found a platform of a large religious palace.

This is a great place if you want to have a look at the scale of Funan buildings at that time.

It wasn’t discovered until the 20th century 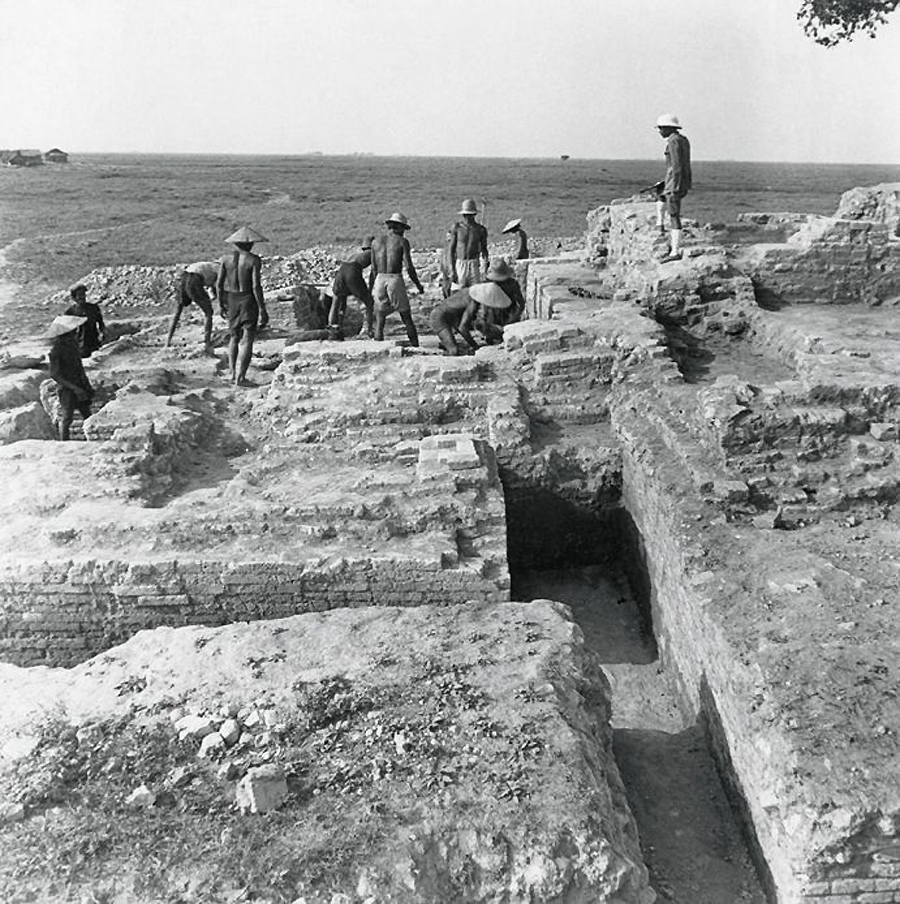 Despite being centuries old, the relics of the Funan Kingdom were only found in the early 20th century.

Back to that time, Funan was barely a name in historical records. It was not until 1942 that a French archaeologist named Louis Malleret, on examining some air photos of the Mekong Delta, sensed something extraordinary in the area of An Giang province. His excavation started in 1944. What he found after that shocked the historical world, especially those in Southeast Asia.

His excavation stopped abruptly when the Japanese took control of Vietnam in March 1945. The examination of the Óc Eo area relapsed in the 1990s and since then, many more discoveries have been made. Some say that there are still a lot of relics hidden under the fields of Óc Eo, waiting to be unearthed.

After thousands of years, these relics found in Óc Eo have intrigued many history buffs thanks to the unexpected vast scale of an ancient kingdom, especially in a harsh region full of jungles and swamps. As simple as they may look, they shed light on the period of history in the Mekong Delta that is very much vague and not usually focused on in Vietnamese official history.

Therefore, in order to fully appreciate the discoveries in Óc Eo and explore more about the Kingdom of Funan, we encourage you to book a guided tour through these sites. 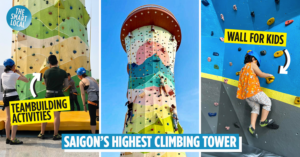 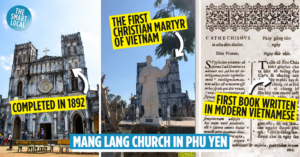