Man chased by a 40KG crocodile in his garden

Because of our strict pet laws, it’s unlikely that you’ll chance upon an endangered animal outside a zoo or a registered farm in Vietnam.

According to Decree 06 dated 22nd January 2019 by the Vietnamese government, those who keep wild animals such as cobras or crocodiles must register with Vietnam’s Convention on International Trade in Endangered Species (CITES) and report them to the Forest Protection Department. Crocs in public are thus not a common sight.

So it’s understandable why Mr Hiệu, a 43-year-old gardener in Bà Rịa – Vũng Tàu, mistook a real 40KG crocodile for a plush toy when he spotted it in his garden. 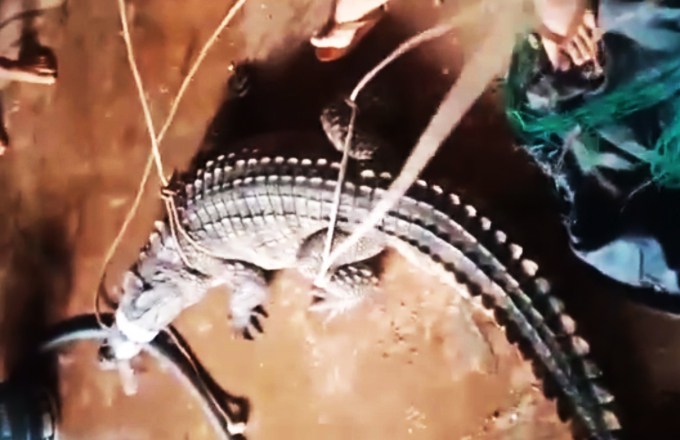 On 25th November, Hiệu was clipping grass in a garden near his home when he spotted a crocodile lying still on a grass lawn.

Thinking that it was a toy that someone had tossed into the garden, H approached the animal and held its tail up.

Almost instantly, the gator turned around and started chasing him.

As he was running for his life, he stumbled upon two neighbors and told them about the crocodile. Three of them came back to the scene with a big rope, hoping to catch the predator.

After one hour struggling with the 2M-long, 40KG crocodile, they captured it with a rope and brought it home.

They made a meal out of the crocodile 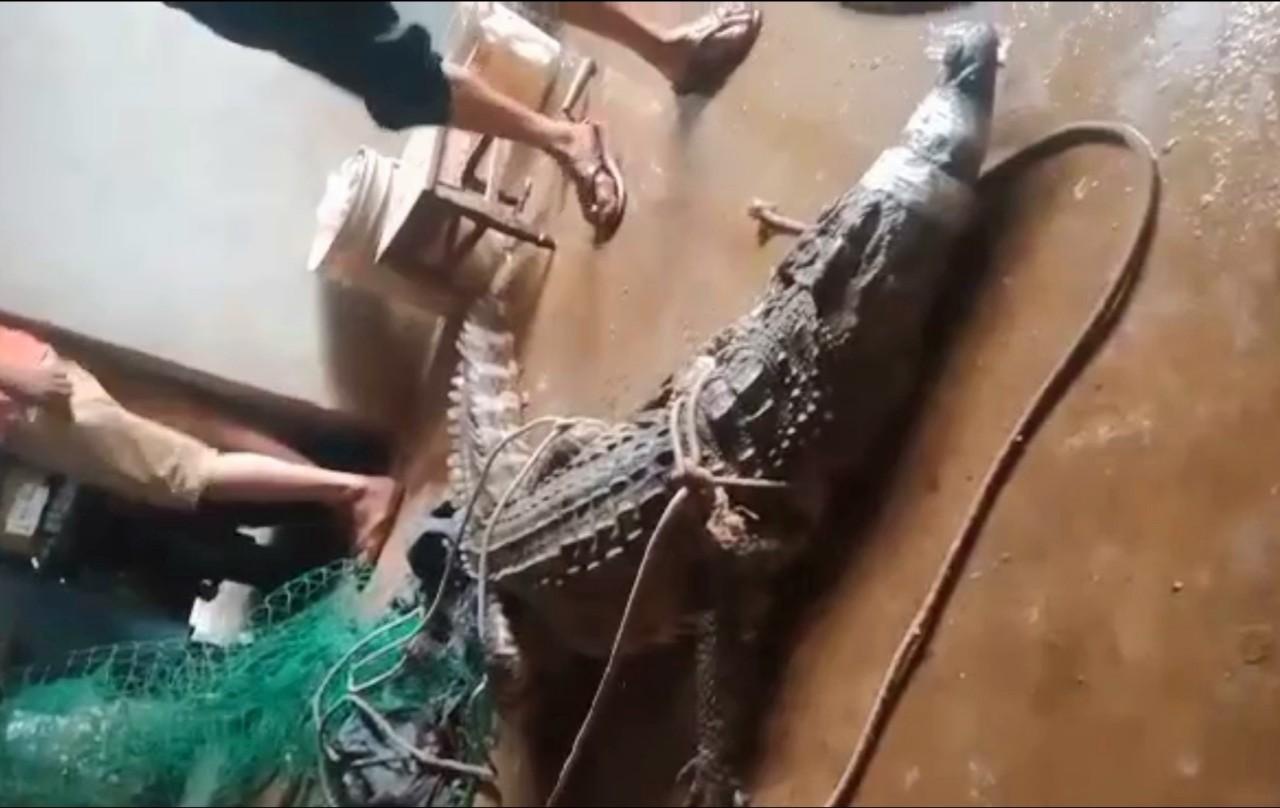 Hiệu admitted that he had no idea where the crocodile came from. Aware that a swine farm owner in his area kept a crocodile, he decided to call this person to ask if the captured animal was his.

In response, the swine farm owner said that he hadn’t visited his farm for a while so he didn’t know whether the wild animal he’d been keeping had escaped.

“Even until today, I haven’t received any confirmation from that swine farm owner,” Hiệu said.

Since nobody had come to pick up the gator, Hiệu made a meal out of it and called everyone in his village over for a feast.

In response to the incident, an authority overseeing the area revealed that no household had been licensed to keep a crocodile. Plus, no resident had reported the capture of the wild animal to local authorities, VnExpress reported.

Report to local authorities when you keep or spot wild animals

This story has raised concerns about animal ownership in Vietnam as well as what we should do when encountering a wild animal. Keeping a dangerous reptile such as a crocodile is a challenging task that requires a lot of attention, skills, and above all, recognition and supervision from a competent authority. Otherwise, the animal may escape and in this case put residents’ lives at risk.

On the other hand, do make a point of reporting to local authorities when spotting an endangered animal. Harassing, capturing, or trading wild animals without permits or adequate understanding can threaten your safety and carry legal consequences. 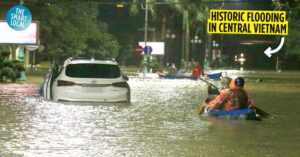 Catastrophic Rainfall Floods >60,000 Houses in Central Vietnam, Thousands Evacuate Their Homes
Bếp Nhà BBQ In Saigon Serves 2-In-1 Boba With Meals Stacked On Top For A... 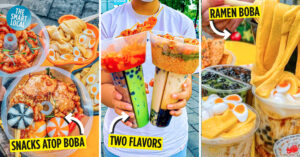